Gamera is coming. Not for a new release for the first time in 15 years, but for new Blu-ray box sets containing the flying fire-breathing turtle’s entire filmography. 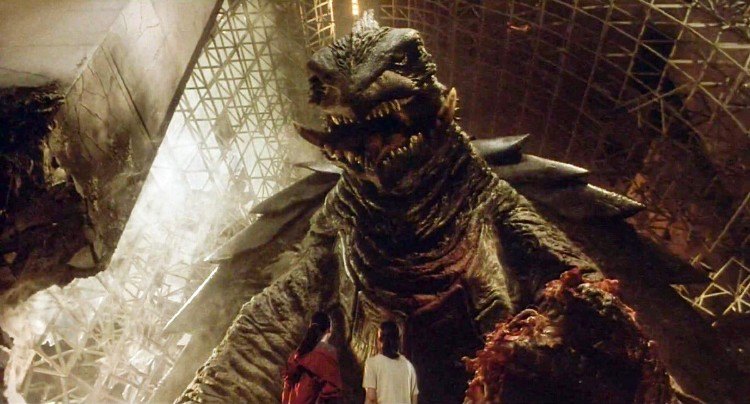 Arrow Video is releasing two sets, one for Gamera’s Showa period of films beginning in the 60s and one for the Heisei era encompassing, for the most part, his celebrated trilogy from the 90s. 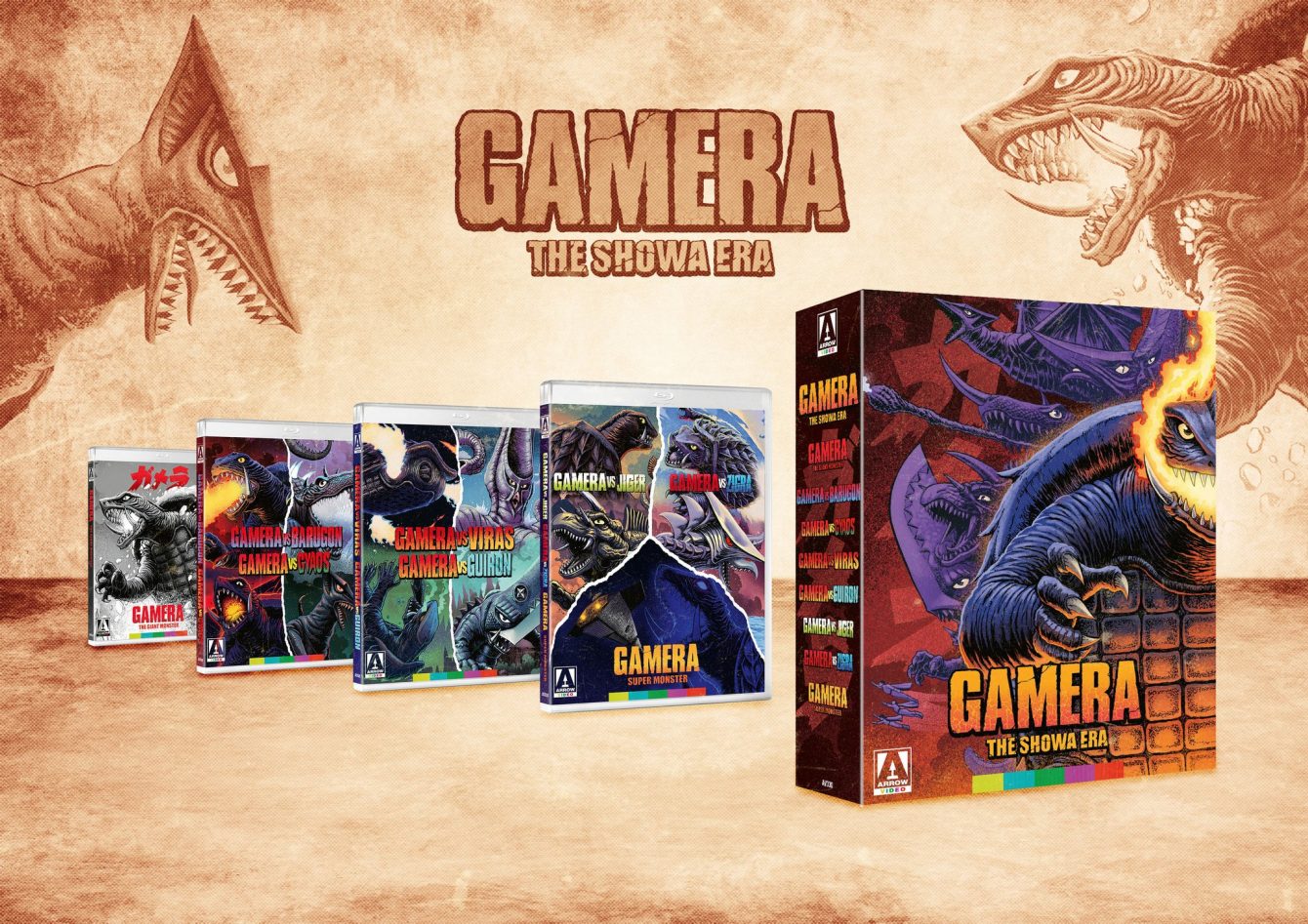 Gamera was first introduced in 1965 by the Daiei Film company with Giant Monster as a means of competing with Godzilla. Critical response upon release ranged from mixed to negative, but the character still found an audience and a devoted fanbase.

Giant Monster also inspired the maligned kaiju-movie stock character the “Kenny.” Based on the American name for its central child character, Toshio, a Kenny is any intelligent but annoying kid in a monster movie who has way too much information, and always winds up in danger. 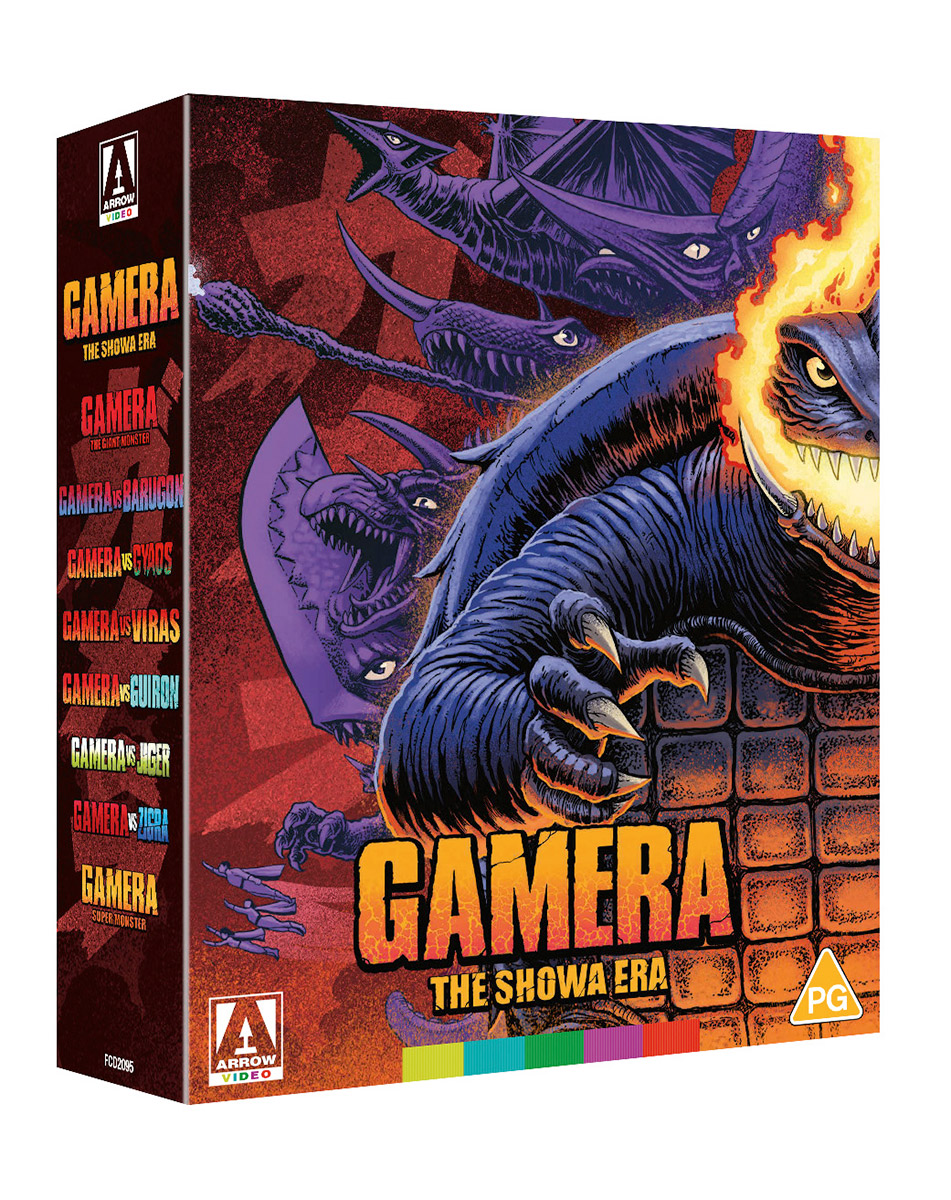 Throughout the 60s, 70s, and eight movies at the time, Daiei leaned heavily into kid-friendliness, especially after Gamera vs. Barugon. There were plenty of Kennies to go around in the Showa era – and stock footage.

Over time, the films got cheaper, kitschier, and Daiei was in financial straits, so in 1980, sick of the joke Gamera became, Daiei decided to kill him off in Super Monster. His final battle was with a craft that looks suspiciously like a Star Destroyer.

The series went on ice for 15 years. When it came back, Gamera roared back in a big way. 1995 saw the release of Gamera: Guardian of the Universe which set things right. The movie was more mature and dabbled in science vs. mysticism and ancient civilizations.

It was followed by the equally seminal Attack of Legion two years later and then what is considered the greatest film in the franchise, Revenge of Iris, to close out the millennium. 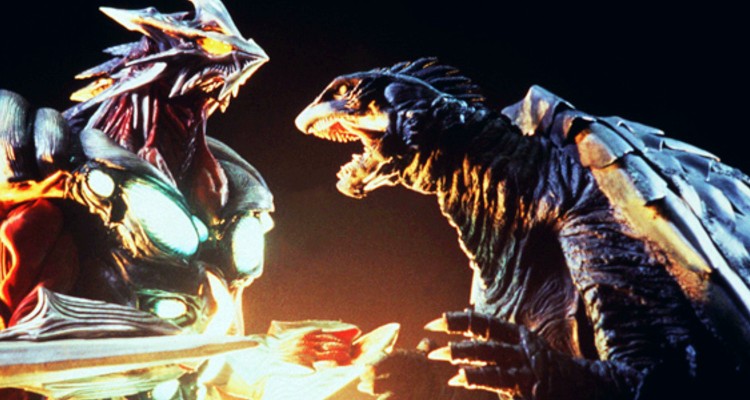 Those three films, plus Gamera: The Brave, are on Arrow’s Heisei Blu-ray box set. 2006’s Gamera: The Brave acted as a soft reboot ignoring all previous films – before that was popular. So far, it is the only Gamera feature produced by Kadokawa Pictures since they acquired Daiei in 2002.

Both box sets come out in January and are available for pre-order from Diabolik DVD at a price of near $65 apiece. 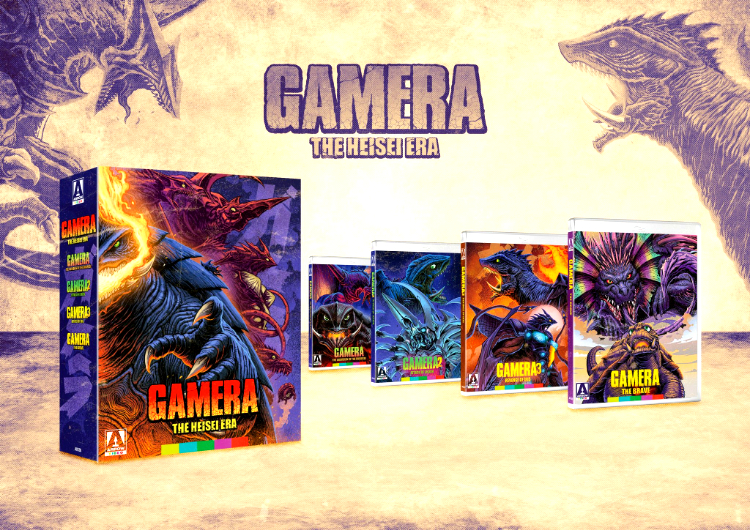 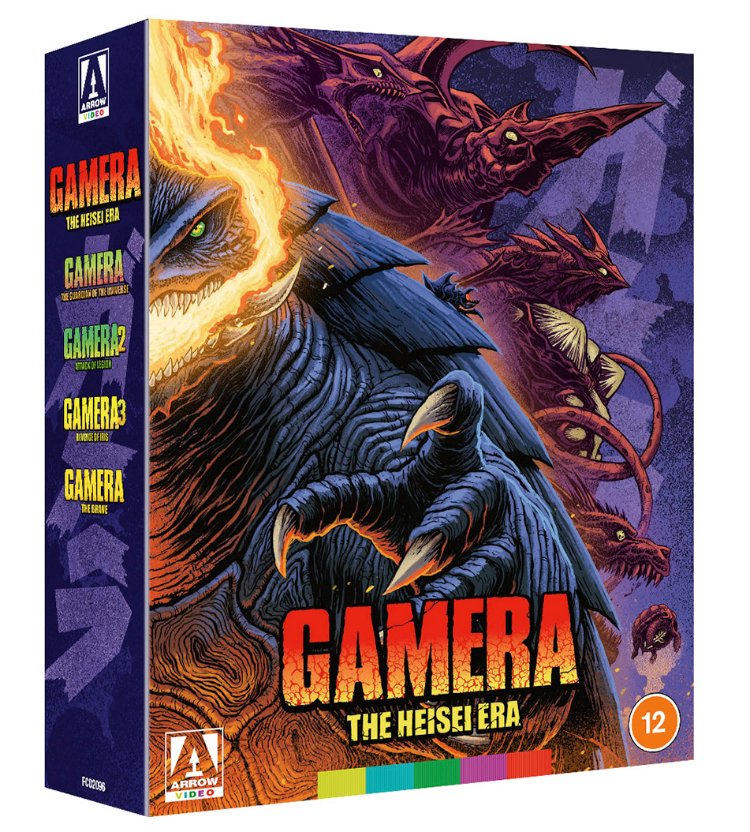 But it doesn’t end there. Arrow is also giving the Heisei Trilogy special treatment with a special edition Blu-ray Steelbook, available for pre-order from Diabolik as well.

The Steelbook is out in January like the others. Price, around $47. 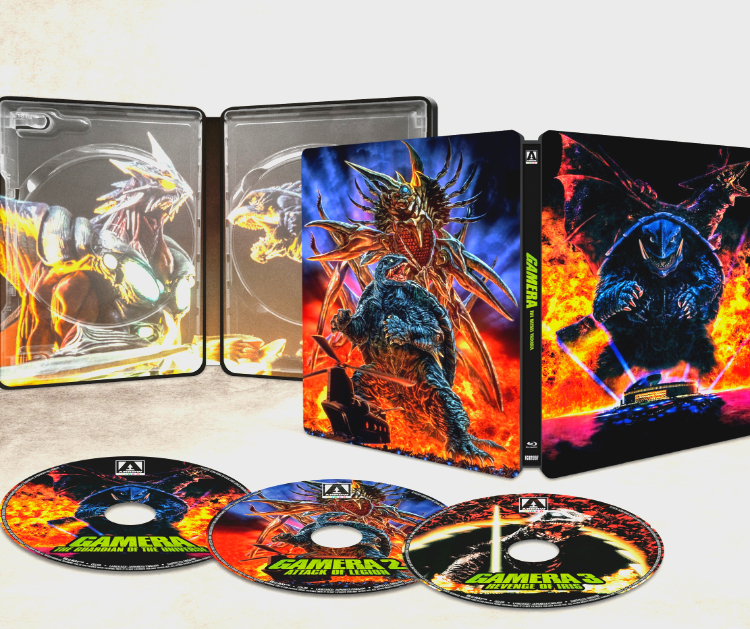 Not to be outdone, Amazon Japan is coming out with its own Showa Gamera DVD box set. They must think their set will make the perfect gift, it’s getting released this Christmas.

Available for pre-order, it can be yours for an estimated $103. Have a look at the striking box art below. 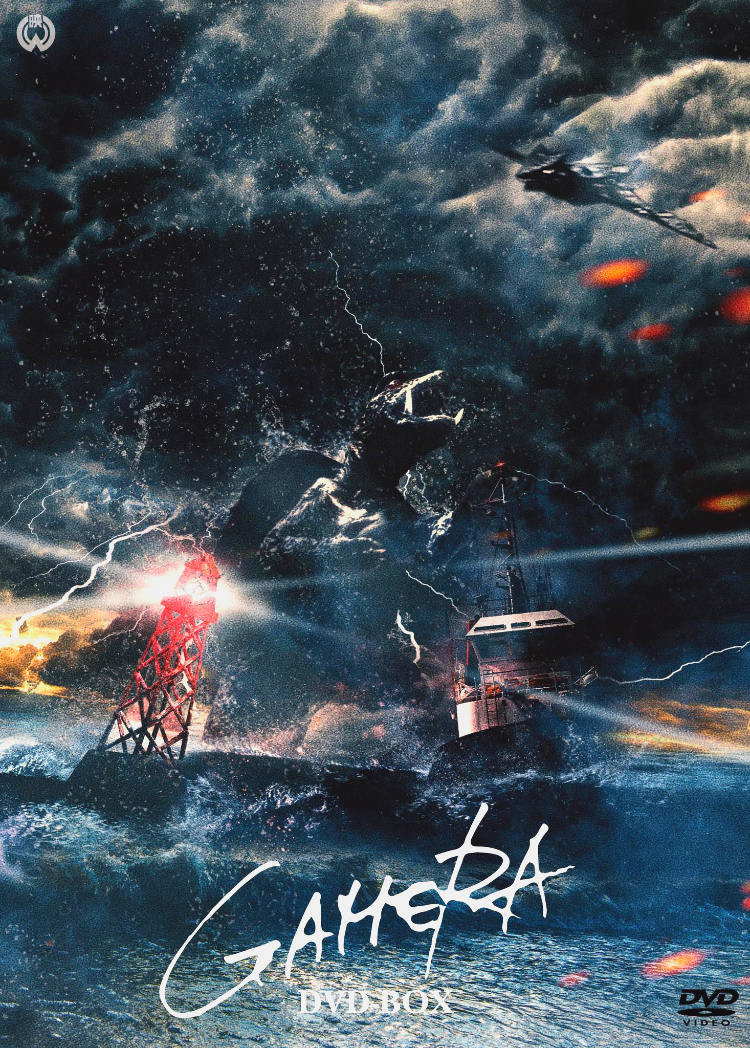 Arrow has more output in the way of Gamera to its name. Last summer, they released the 8-disc Gamera: The Complete Collection on Blu-ray, and it’s done fairly well.

Every Gamera movie is currently available on digital, DVD, and Blu-ray in both standard form and, for the Showa releases, as part of Mystery Science Theater 3000 episodes.