A new article published by ScreenRant calls for the sequels to Final Fantasy VII Remake to add new LGBTQ relationships for nothing more than “relatability and diversity.” 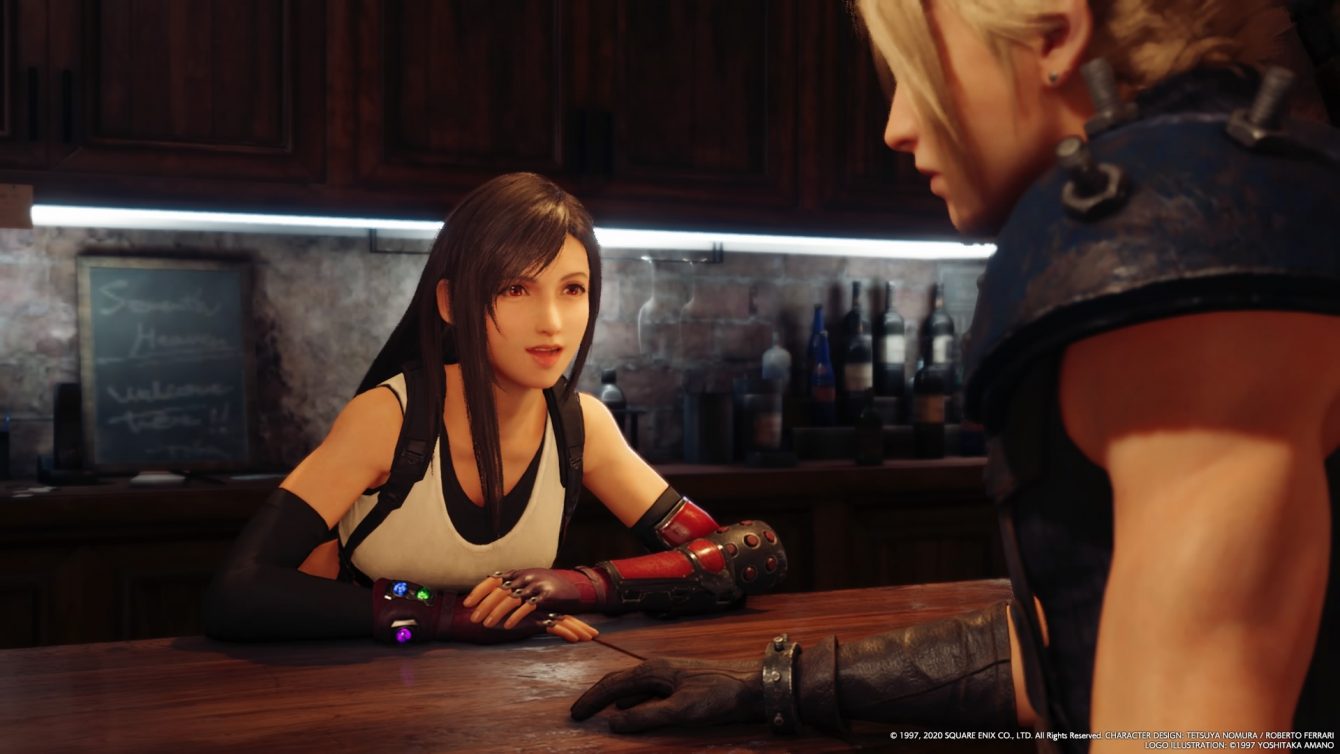 Gray argues that the fleshing out of the love triangle between Cloud, Aerith, and Tifa was “an unneeded addition” that “continues a trend of lacking romantic diversity in the Final Fantasy series as a whole, which has shown no inclusion of LGBT main characters to date.”

While Gray is correct in that no Final Fantasy games have featured main characters who identify as LGBT, this singular observation may be the only piece of factual information presented in her arguments. 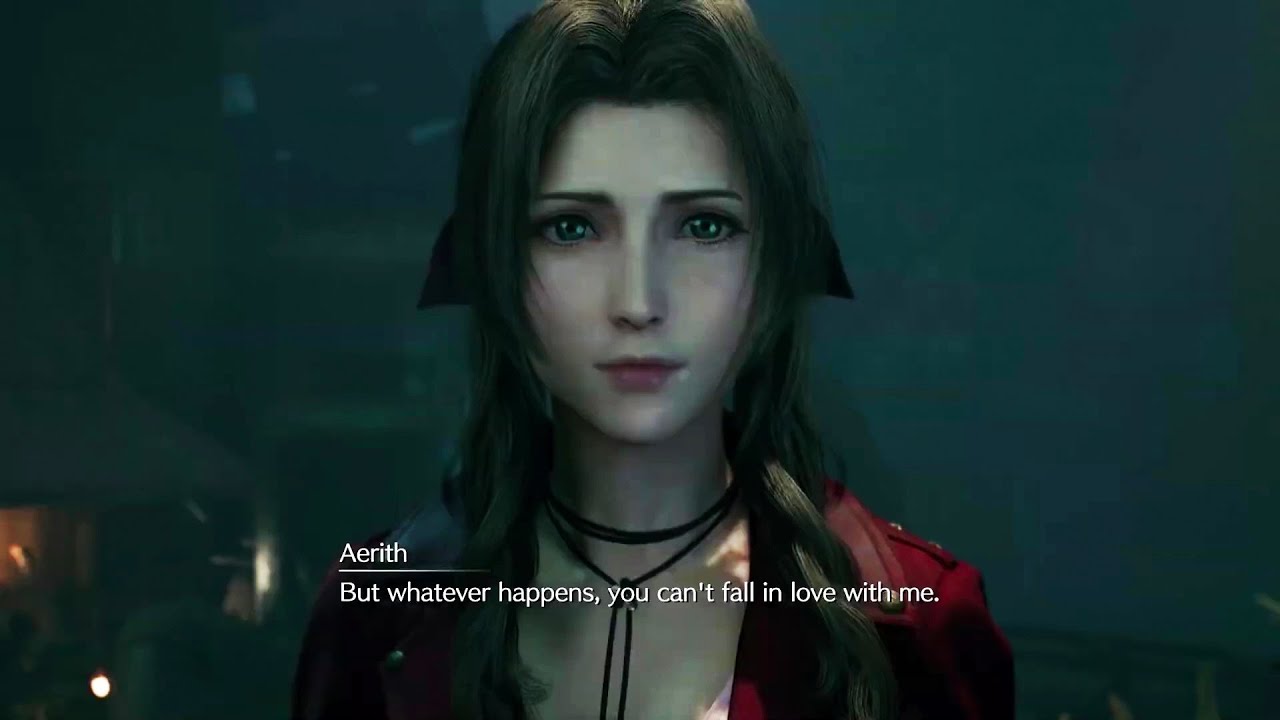 “The original Final Fantasy 7 left much to the imagination as far as character relationships go,” purports Gray. “Interactions between characters weren’t expressed as explicitly romantic, and this ambiguity allowed fans of Final Fantasy 7 to either ship more mainstream couples like Cloud and Tifa, or they could look into relationships that were more relatable to their own personal lives, like Vincent and Cid.”

One has to ask, after reading this paragraph, if Gray has actually played the game she appears to be referencing, as the love-triangle between Cloud, Aerith, and Tifa was an explicit part of Final Fantasy VII’s story. 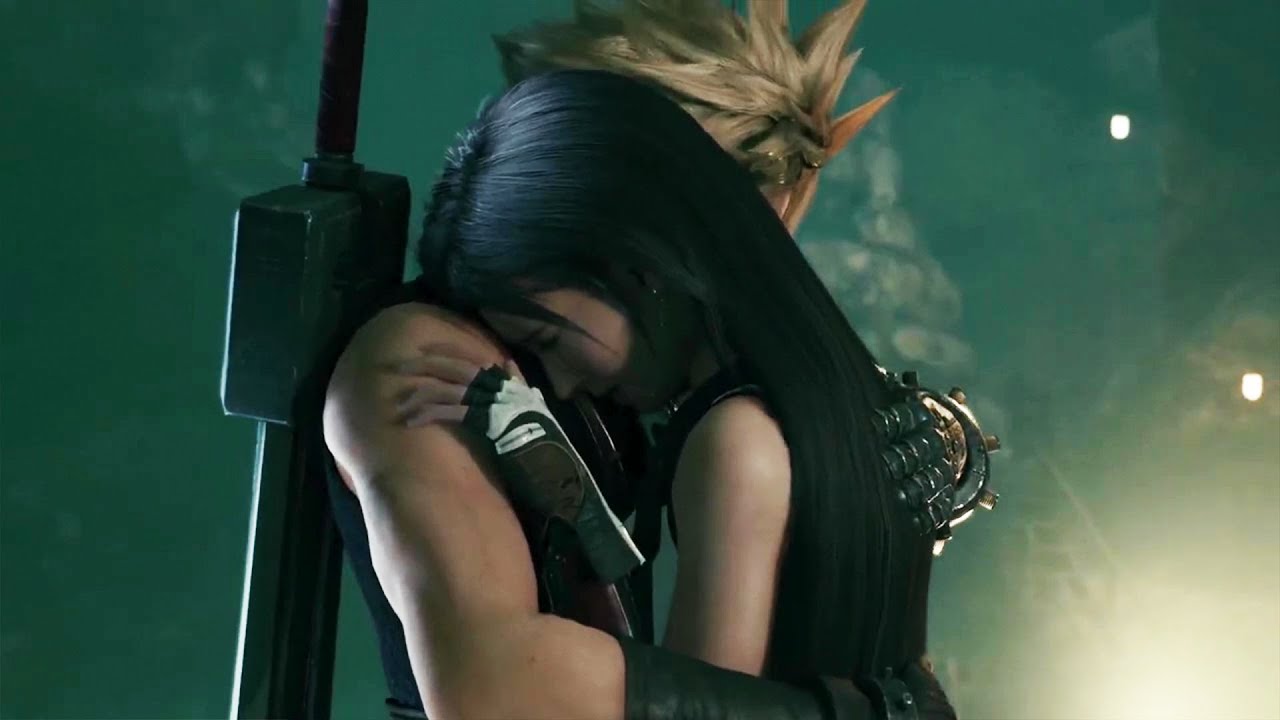 In fact, near the end of the game, players are shown a cutscene in which Cloud and Tifa, standing underneath their airship the Highwind on the night before their final confrontation with Sephiroth, discuss their feelings towards each other. 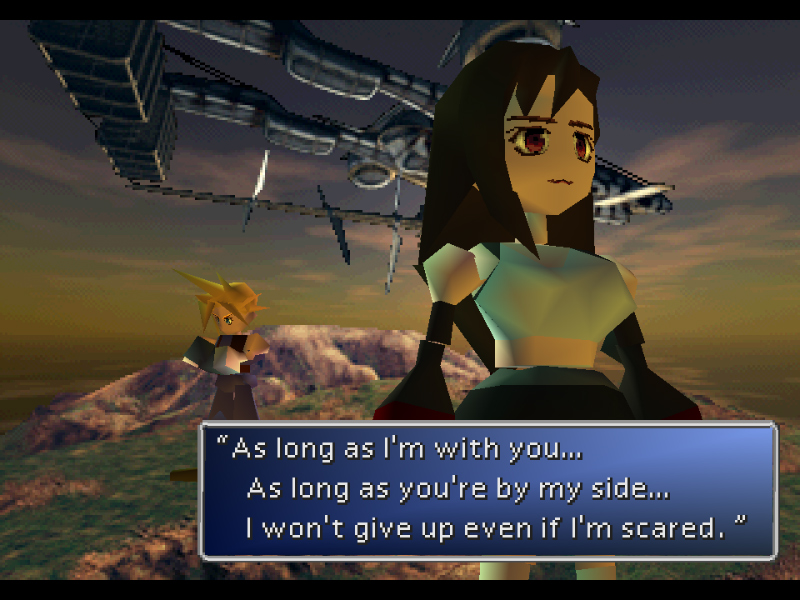 Staring up at the sky, Cloud admits to Tifa that “there are a lot of things I wanted to talk to you about, but now that we’re together like this, I don’t know what I really wanted to say.”

“As long as I’m with you, as long as you’re by my side…I won’t give up even if I’m scared,” confesses Tifa, the next morning after falling asleep on his shoulder. “This day will never come again…so let me have this moment.” 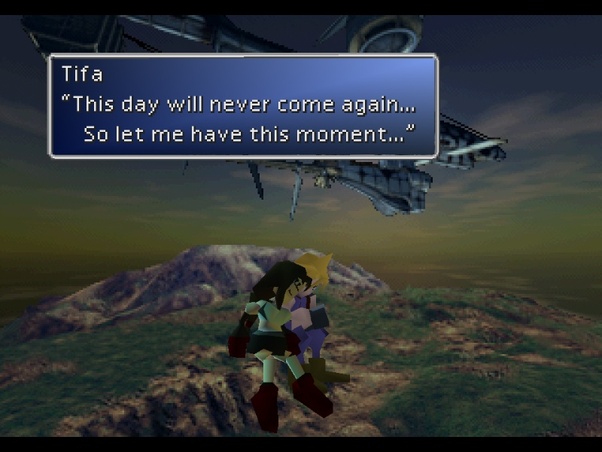 Nevertheless, the most absurd element of her above claim is the notion that Vincent and Cid’s respective relationships “weren’t expressed as explicitly romantic.”

The reason this particular argument is so baffling, not to mention completely detrimental to Gray’s argument, is that Vincent and Cid are the two characters whose established love interests are both explored and presented as an integral part of the respective characters’ personal arcs.

If not for his love for Lucrecia, Vincent would not have been murdered and experimented on upon by Hojo, who eventually took Lucrecia as a lover and fathered Sephiroth.

Without this heartbreak, Vincent would never have felt the need to take revenge upon Hojo, and thus would have had no motivation to join the party’s fight against Sephiroth. 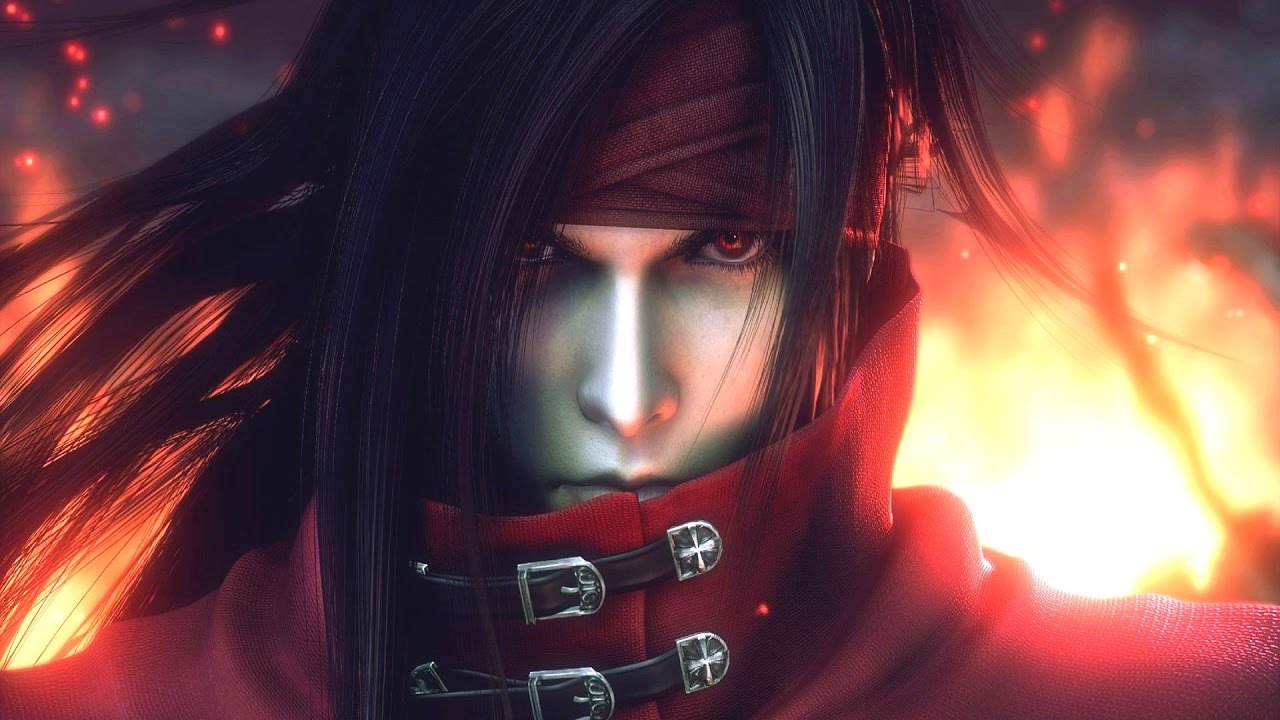 As for Cid, his feelings for Shera led him to abort the launch of the spaceship Shinra No. 26, saving Shera from being burned up by its boosters and crushing his own dreams of space exploration in the process.

It lead to the two entering into a rocky and abusive relationship, with Cid hurling abuse at Shera during most of their appearances in Final Fantasy VII.

However, if Cid had not cared for Shera, he would have never been grounded and removed from the Shinra space program, and as such, Cloud and his team would have never been able to either travel to the North Crater to stop Sephiroth nor does Cid have any reason to eventually join in the fight against Shinra.

Despite Gray’s fear that “FF7 Remake is going to take away a player’s ability to draw their own conclusions about romantic interactions,” these interactions were never ambiguous, and thus have no unaddressed ‘conclusions’ to make. 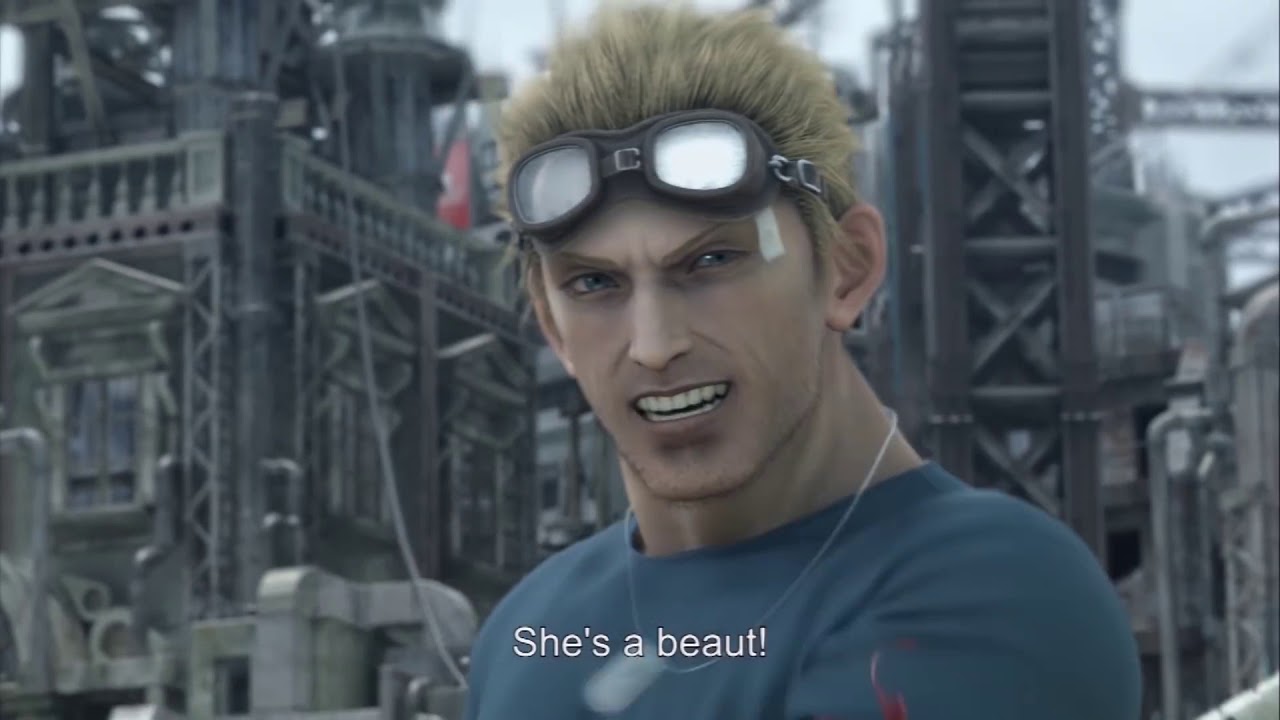 However, Gray soon reveals that her desire for LGBTQ representation is not out of any belief that such changes would make sense within the story and character writing, but her own personal desire to see Square Enix “add LGBTQA+ representation into the games.”

“In games like Dragon Age, the inclusion of LGBTQA+ characters has not only made the game more diverse, but extends content to a wider audience, allowing more fans to enjoy the game on a personal level,” says Gray.

She then disingenuously described Aerith and Tifa, two of the most popular, well-written, and strong female characters in any video game, as “nothing more than trophies for the player to win.” 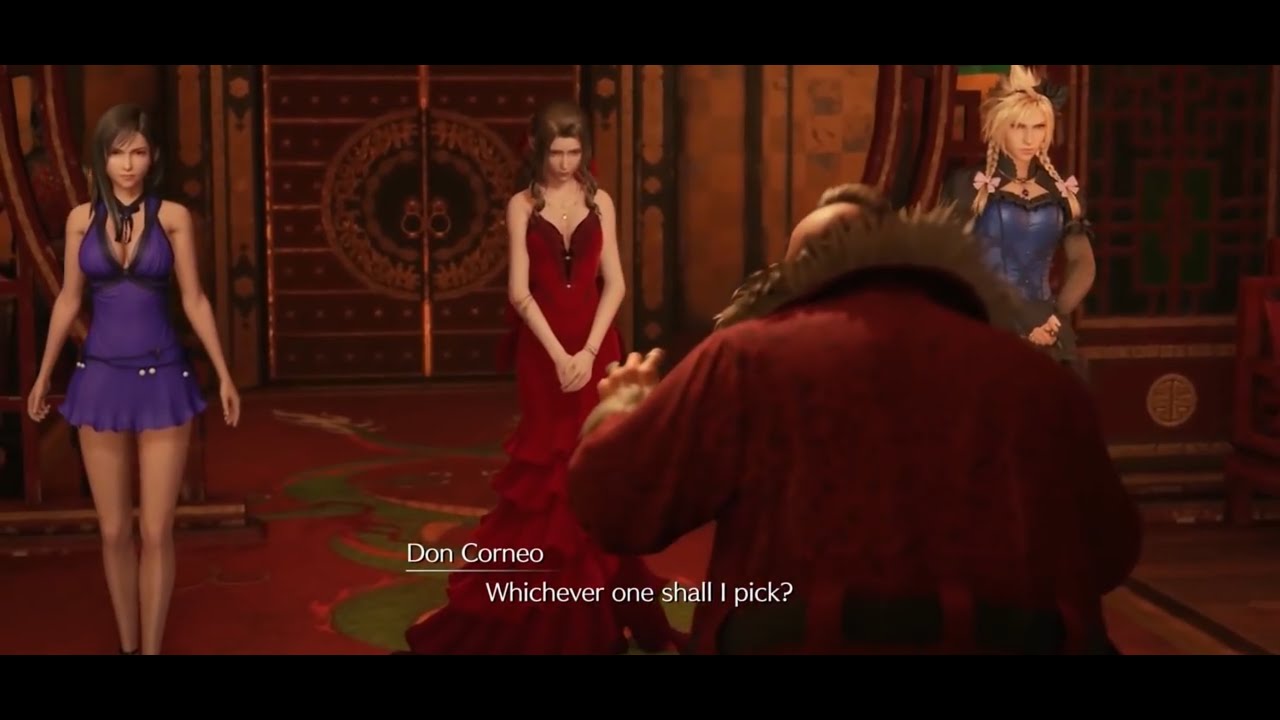 Gray then continues to call “for Final Fantasy games to join a more inclusive era” and claims that “lack of diversity hurts FF7 Remake.”

She argues that the lack of LGBTQ+ representation was “frustrating for those who no longer can feel connected to the story’s characters”.

“By adding LGBTQA+ characters and representation to Final Fanatsy 7 Remake Part 2, the game would be up to date with the diversity that is being seen in other games,” asserts Grey. “This would also allow a wider audience the ability connect to content in the Final Fantasy 7 Remake outside of heteronormative romance subplots.” 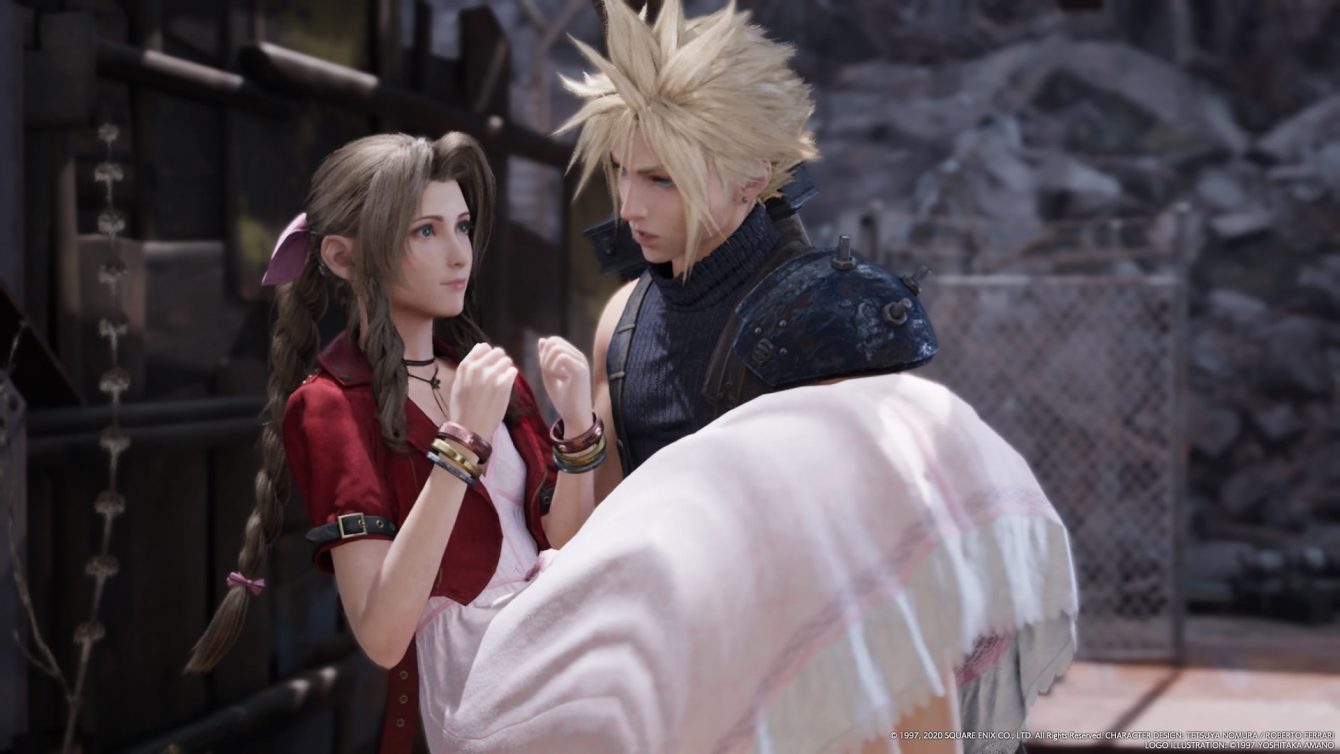 Gray’s piece concludes with a c confusing call for an “end [to] the idea that all characters are perceived as straight in the series,” given how, as explored above, each romantically-active character’s relationships are explicitly laid out for the player throughout the game.

What do you make of Gray’s argument? Do you think FF7 needs LGBTQ+ representation? Let us know your thoughts on social media or in the comments down below!