Actor Leonard Roberts has claimed that racial tensions between himself and fellow members of the Heroes production team played a major role in his eventual removal from the series. 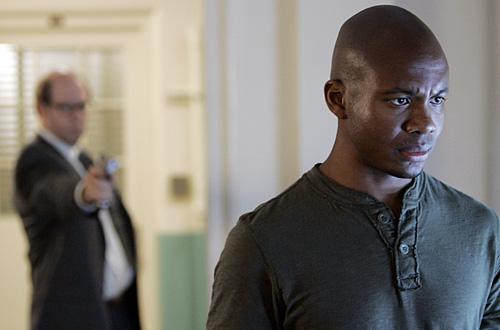 Best known for his roles as Sean Taylor in Drumline and Commander Leo Mason in Major Crimes, Roberts starred in NBC’s Heroes as Daniel Lawrence “D.L.” Hawkins, a former-fugitive-turned-firefighter who possesses the ability to turn himself intangible.

Married to the dissociative identity disorder and super strength possessing Niki Sanders (Ali Larter) and father to the technopathic Micah (Noah Gray-Cabey), Hawkins eventually meets his end when he is shot by an assailant after picking up his  until-then-runaway wife from a Los Angeles club.

The questionable reasoning of how an intangible man would allow himself to be killed by a bullet aside, Hawkins’ death and Roberts’ sudden removal from the cast, particularly after playing such a pivotal and important role in the first season, left both the actor and audiences perplexed as to why this decision was so haphazardly executed.

In a recent long-form essay written for Variety, Roberts alleged that his firing was motivated by racial tensions, particularly from Larter and Heroes creator and showrunner Tim Kring. 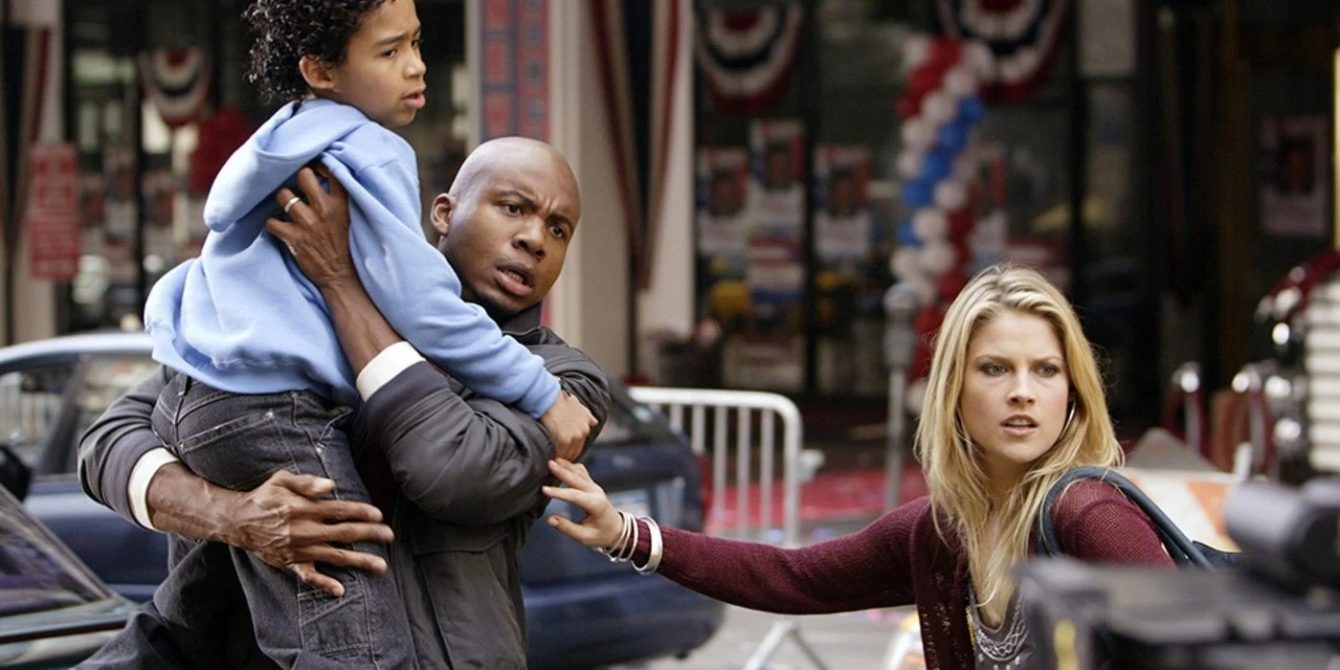 Speaking on his relationship with Larter, Roberts recalled how, while shooting the first episode in which Hawkins appears, “The script [for Herpes] suggested D.L. and Niki had a volatile relationship — and it wasn’t long before art was imitating life, with me on the receiving end of pushback from my co-star regarding the playing of a particularly tense scene.”

Recounting the filming of a bedroom scene, Roberts also noted that Larter “took umbrage with the level of intimacy being suggested between our characters”, which resulted in “an intense and loud conversation in which she expressed she had never been so disrespected — as an actress, a woman or a human being.” 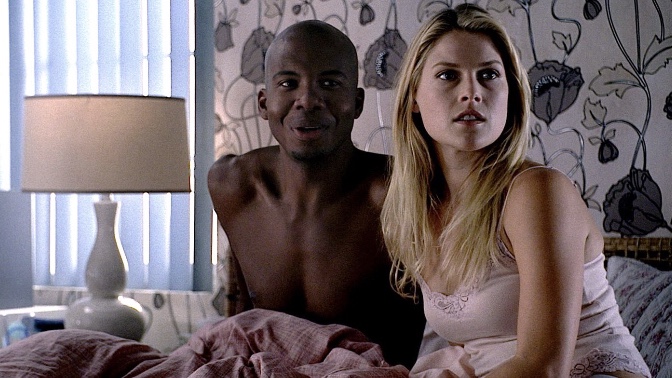 While an actress taking steps to ensure that they feel comfortable during the filming of an ‘intimate’ scene is standard industry practice, Roberts found himself troubled by Larter’s supposed camera shyness after discovering that it only became a factor when the scene in question involved himself.

After Larter “shot another scene that called for Niki to seduce Nathan Petrelli, played by Adrian Pasdar,” Roberts said that he approached Pasdar and asked “if there had been any concerns similar to what I witnessed during my episode”, to which his fellow actor “replied to the contrary, and mentioned her openness to collaboration and even improvisation.”

“I pondered why my co-star had exuberantly played a different scene with the Petrelli character involving overt sexuality while wearing lingerie, but found aspects of one involving love and intimacy expressed through dialogue with my character, her husband, disrespectful to her core,” wrote Roberts. “I couldn’t help wondering whether race was a factor.” 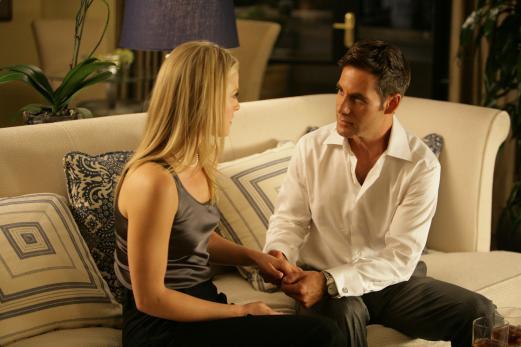 Though unsure of his character’s fate following the explosive finale of Heroes’ first season, Roberts was initially reassured of his continued employment by the production, who responded to the actor’s inquiries regarding his future with cries of “We love Leonard” and a direct confirmation that he would return.

However, these interactions proved to be nothing more than lip-service, as the actor soon received a shocking voicemail from Kring informing him that, due to “the Ali Larter situation”, Hawkins would be killed off screen prior to the premiere of the second season. 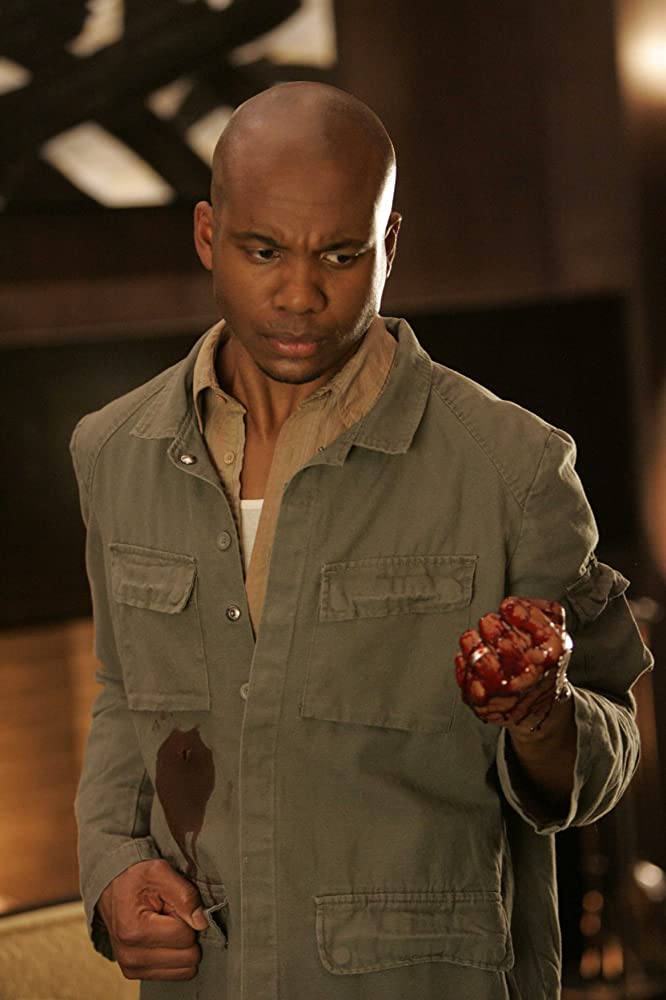 “Kring said he felt my character had been painted into a corner, due to the fact that “we” didn’t have “chemistry,” and that any attempt to create a new storyline for D.L. just felt like “the tail wagging the dog,” wrote Roberts.” I replied that I found it interesting he had created a world where people flew, painted the future, bent time and space, read minds, erased minds and were indestructible, yet somehow the potential story solution of my character getting divorced left him utterly confounded.

Roberts “also questioned how a “we” issue could be cited as justification for the firing of “me,” to which Executive Producer Dennis Hammer urged him to not “think of this as a situation where the Black man loses and the white woman wins.” 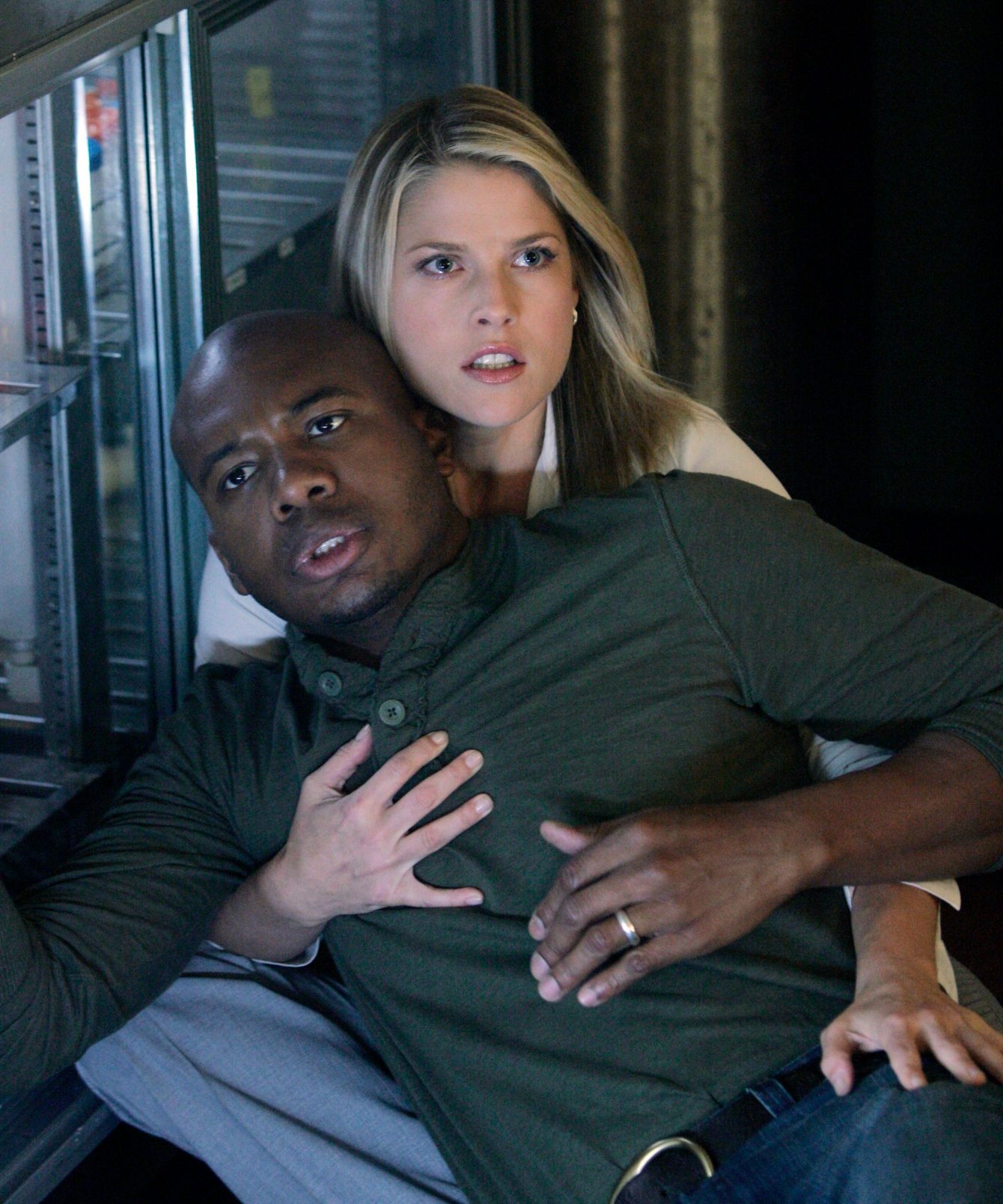 The reason for his mistreatment and eventual firing, Roberts believes, is that he “worked in an environment in which whiteness was the default and ideal” that made “clear my sole purpose was to preserve that ideal, on or off camera, despite how it compromised me as an artist, a professional and a man.”

“I encourage white people to understand that while standing as allies has its place, action is what this moment demands,” Roberts concluded. “Without the understanding that these issues are all a part of the same conversation, public acts in the name of allyship become as performative as people making social media posts espousing the virtues of equity and inclusion while privately maintaining the status quo or dropping the “Uncle” from a box of rice.” 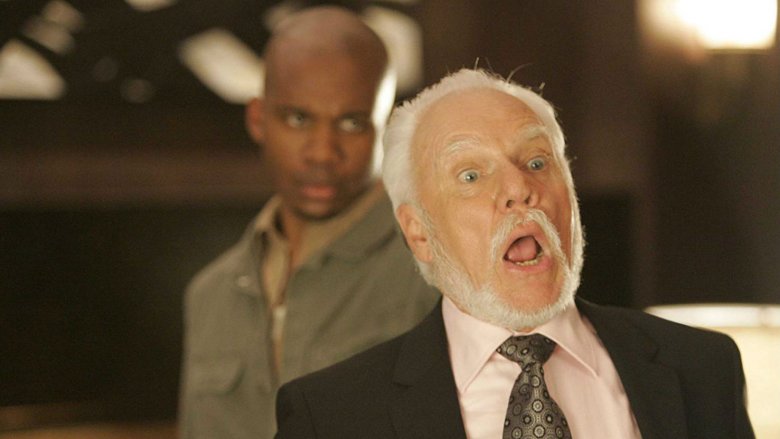 Following the publication of Roberts’ piece, both Kring and Hammer provided statements to Variety, offering their respective perspectives on the situation.

In his statement, Kring asserted that “In 2006, I set out to cast the most diverse show on television. Diversity, interconnectivity and inclusivity were groundbreaking hallmarks of ‘Heroes,’” and boasted of how “So too was the huge, diverse cast that continually rotated off and onto the show, with none ever being written off based on their race.”

“Looking back now, 14 years later, given the very different lens that I view the world through today, I acknowledge that a lack of diversity at the upper levels of the staff may have contributed to Leonard experiencing the lack of sensitivity that he describes,” Kring continued. “I have been committed to improving upon this issue with every project I pursue. I remember Leonard fondly and wish him well.”

Conversely, in his response, Hammer merely noted that “14 years is a long time ago, but I remember clearly that Leonard was a great guy and a total pro.” 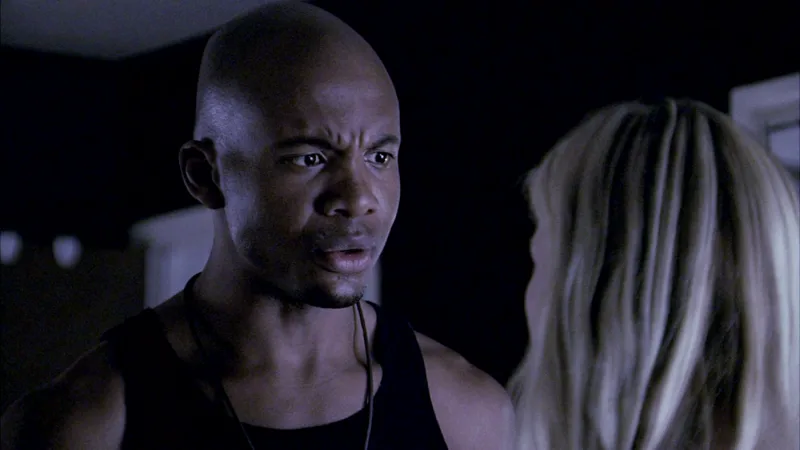 As for Larter, the Heroes star would eventually respond to Roberts’ accusations with an apology, telling Variety’s sister outlet TVLine, “I am deeply saddened to hear about Leonard Roberts’ experience on Heroes and I am heartbroken reading his perception of our relationship, which absolutely doesn’t match my memory nor experience on the show.”

“I respect Leonard as an artist and I applaud him or anyone using their voice and platform,” she added. “I am truly sorry for any role I may have played in his painful experience during that time and I wish him and his family the very best.” 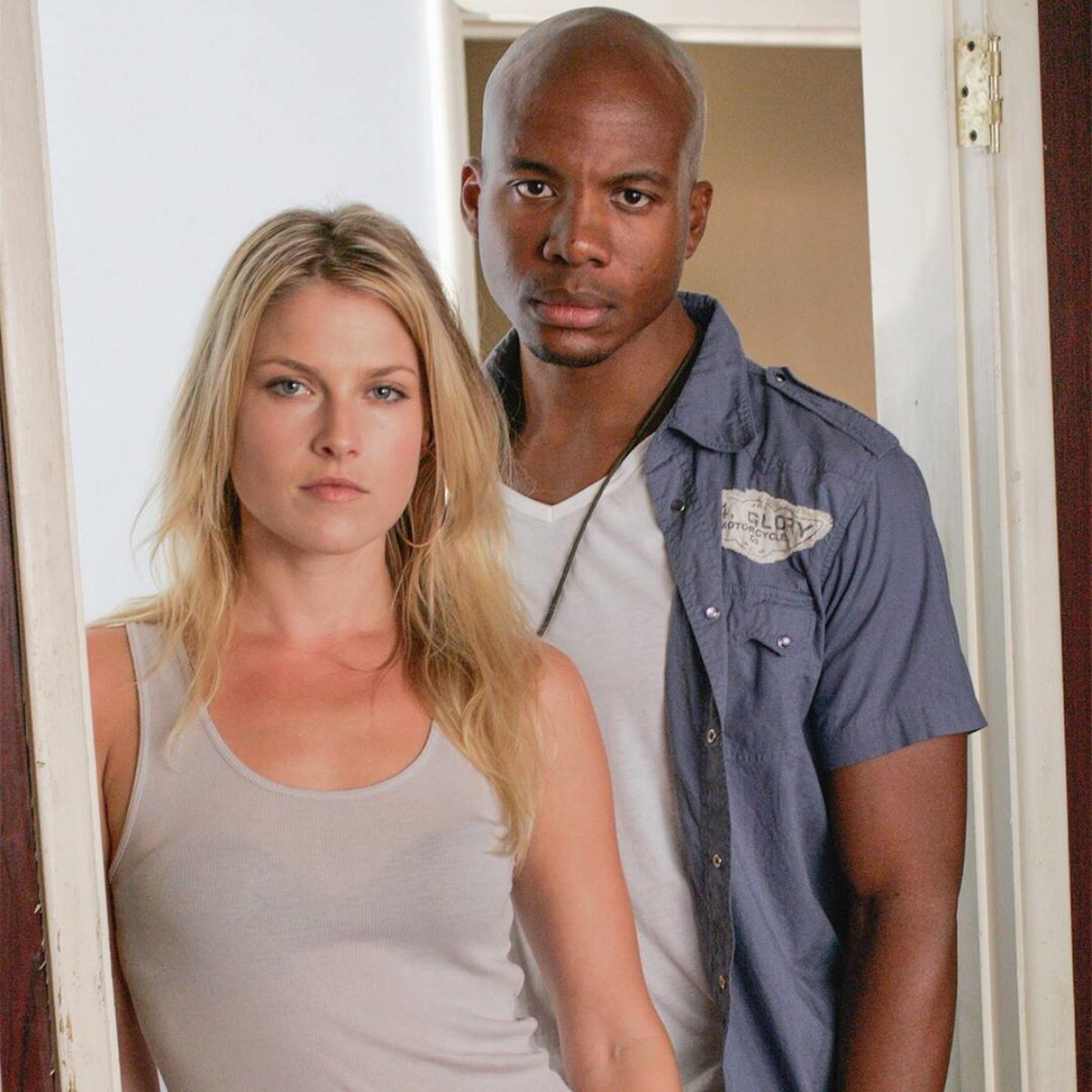 What do you make of Roberts’ accusations? Let us know your thoughts on social media or in the comments down below!