The super space suit or battle armor which will be worn by actress Damaris Lewis when she portrays Blackfire in Season 3 of the DC streaming series Titans is revealed. 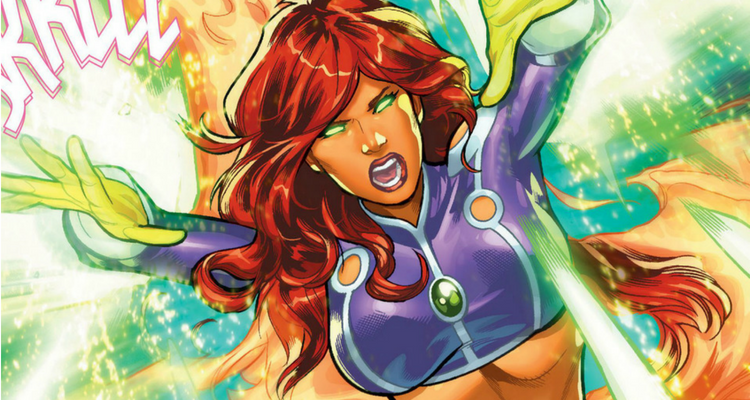 HBO Max, Titans’ new home, released concept art of Lewis in space glowing purple in her hair and her eyes while also channeling that energy with her hands. 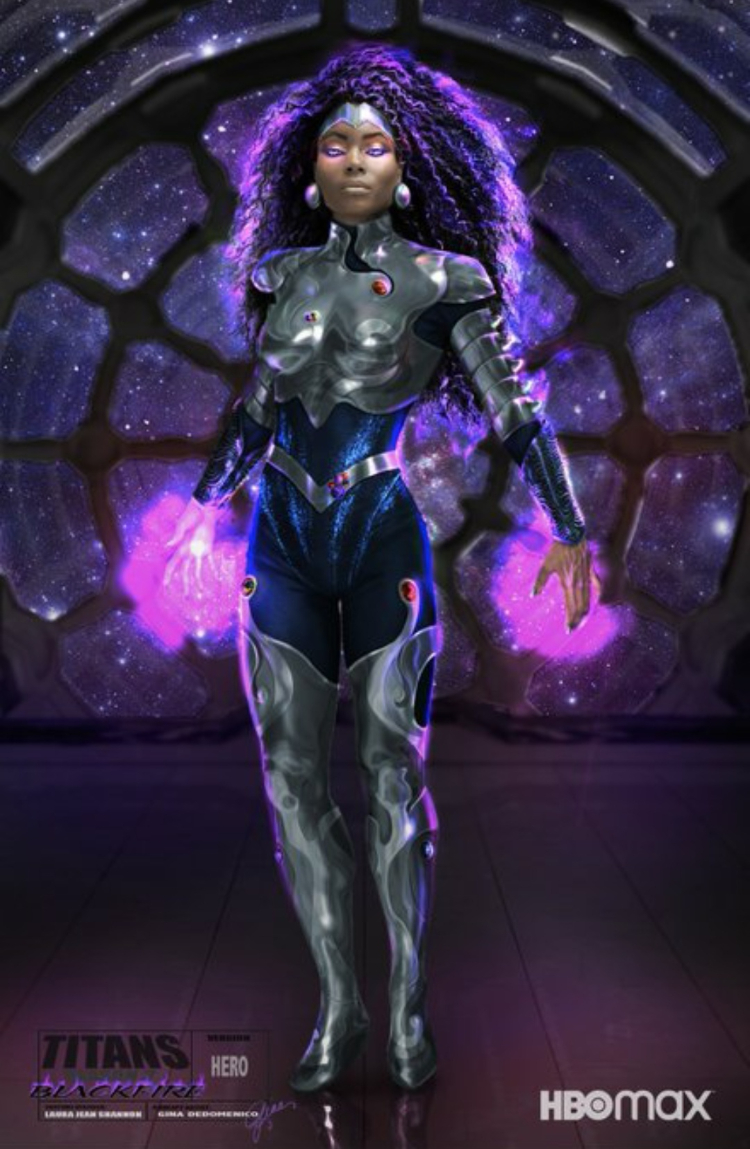 They also released a test photo of how Lewis will actually look in live-action wearing the suit. Check that out too: 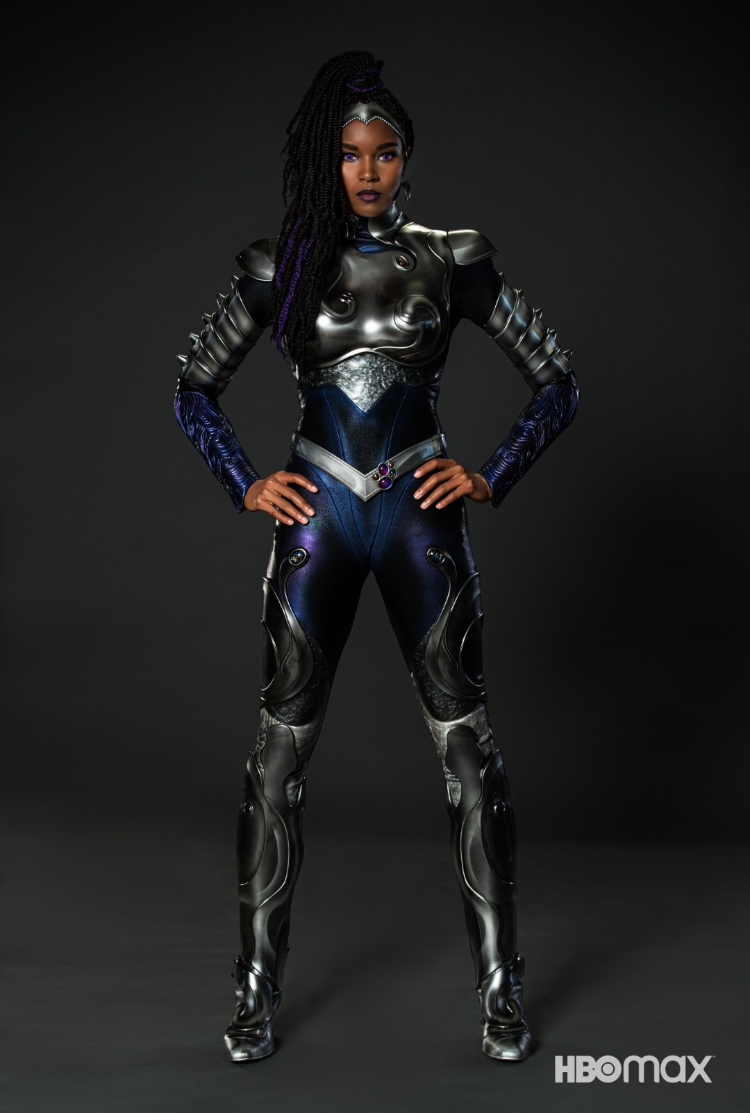 The actual costume by Titans designer LJ Shannon – who’s also responsible for the Starfire and Red Hood costumes – and the concept art match very closely, with the exception of Lewis’ hair and the purple energy.

Lewis offered a sneak peek of her braided hairstyle, complemented by the highlighted purple braids, which viewers will see in Titans on Twitter a week back. She also teased her arrival with the hashtag #BlackfireIsComing. 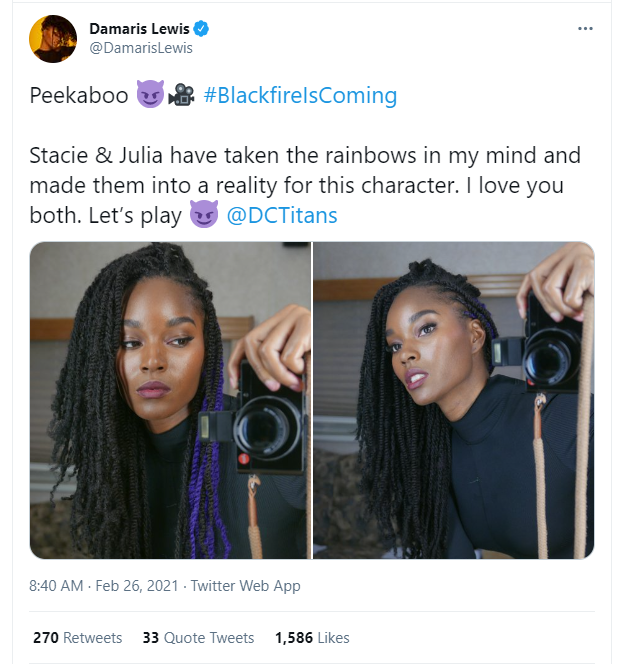 Blackfire’s armor looks similar, minus the darker tones, to Starfire’s that Anna Diop will finally don in the series to do battle with her sister who, according to spoilers and predictions, is set up to be the season’s final boss.

Starfire supposedly spends most of the season mastering her powers to prepare for the confrontation to come, one she’s been running from for the whole of the series. 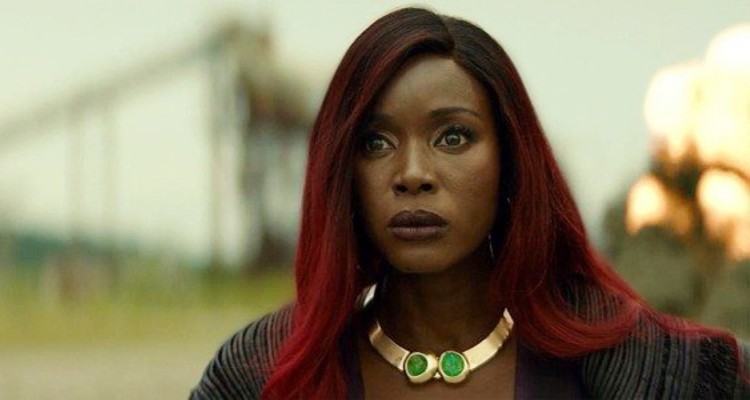 The concept art above, through its window into space, gives the impression Titans will go from street level to cosmic in the latter half of the new season. That would mean fans are in store for an anticipated trip to Tamaran, but while there are reports of that, we can’t say for sure.

There will have to be some kind of reckoning for the planet since Blackfire was able to rise to power there in her sister’s absence. And even with Starfire out of her hair, she couldn’t leave well enough alone either.

As for how the costume compares to the comics, judge for yourself. Here’s how the character was originally designed when she debuted back in New Teen Titans #22. 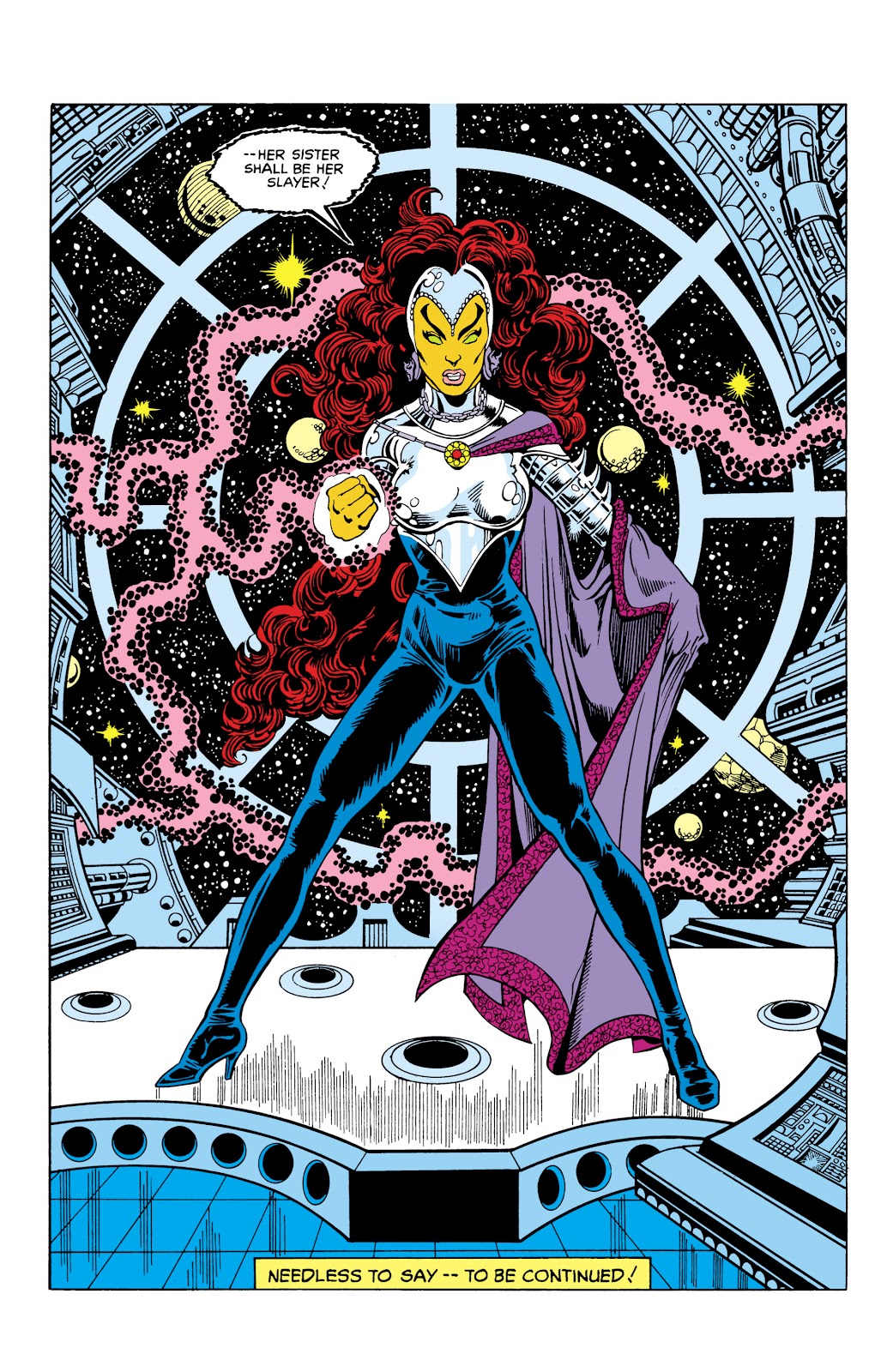 More recently, she appeared in Justice League Odyssey. Here’s how she was designed in that series. 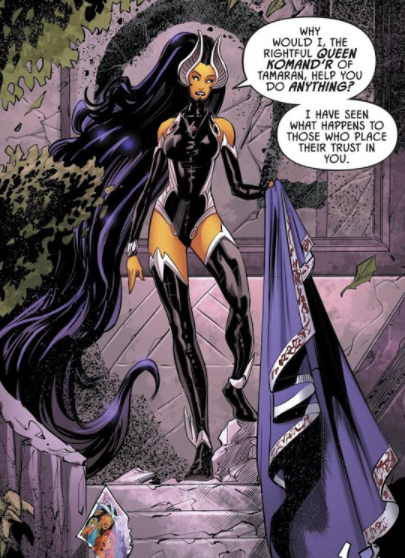 Titans debuts its first new season on HBO Max later this year, but only in the US.