Huntress, like most of the Post-Crisis Bat-Family on Earth-Prime, has no powers, but in a story by Mariko Tamaki (author of I Am Not Starfire) and David Lapham (Stray Bullets), she’ll gets her first superpower – which doesn’t sound like any fun, despite how it will serve her in solving crimes.

A “violent parasite” infects her brain and gifts, or curses, Huntress with the ability to see the crimes of a serial killer named Vile through the eyes of his victims. This Slither-meets-Eyes-of-Laura-Mars scenario doesn’t sit well with the vigilante, who “isn’t one to be played with.” 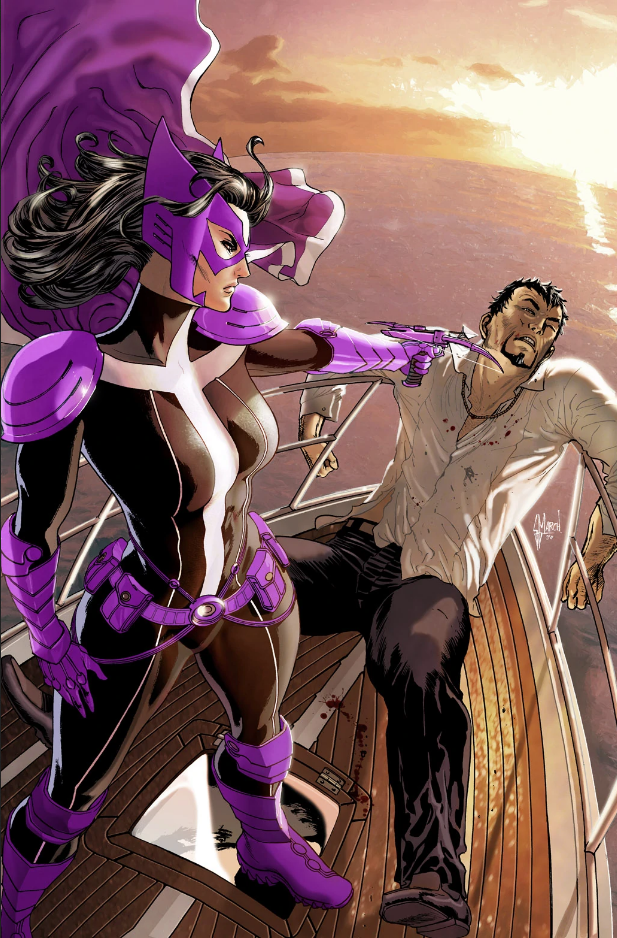 Below is that story’s synopsis:

“Detective Comics and Eisner Award-winning writer Mariko Tamaki teams up with acclaimed Stray Bullets writer/artist David Lapham for a new tale featuring Gotham City’s Violet Vengeance! Huntress has been through a LOT lately…including her brain being invaded by a violent parasite bent on sending her on a deadly slugfest.

If that wasn’t enough, now she has to deal with enhanced abilities too, thanks to a villain by the name of Vile. This parasite has given her the ability to see through the eyes of his victims and this is not her idea of a good time! Huntress isn’t one to be played with, and she’s on the hunt for Vile, with a crossbow bolt with his name on it!” 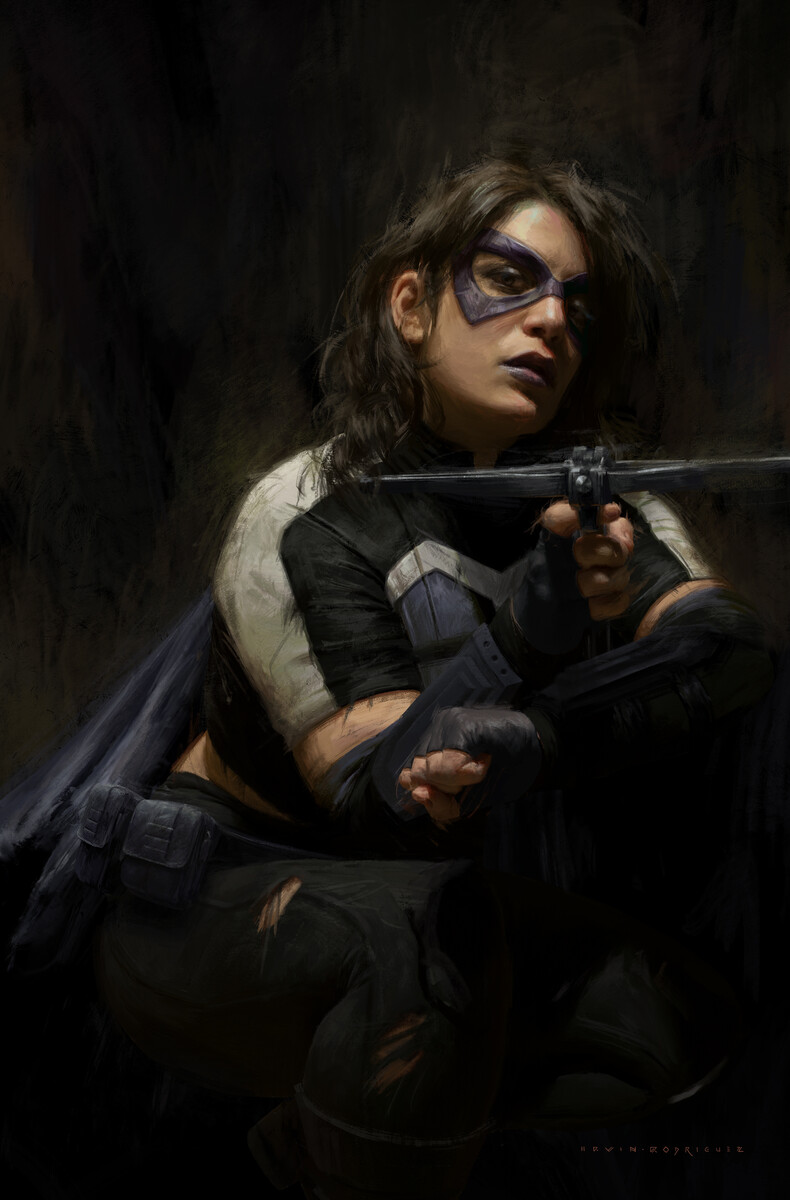 Batman Secret Files will also feature a story starring a returning Signal taking on the dangerous weapon-funneling White Market. Written by Tony Patrick (Batman and The Signal) with art by Christian Duce (The Flash), the synopsis can be found below:

“The return of Duke Thomas, a.k.a. The Signal, kicks off this series on Tuesday, July 6. In a story written by Tony Patrick (Batman and The Signal) with art by Christian Duce (The Flash, Detective Comics, Justice League vs. Suicide Squad). The Signal comes back as Gotham City’s daytime protector after his time with the Outsiders.

But during his sabbatical from his hometown, everything about the city and the people closest to him changed. And the mystery of the White Market, a deadly source of weapons being trafficked into Gotham City that even Batman can’t track down, will only push the Signal further away from everything he knows and into a brand-new world of danger.” 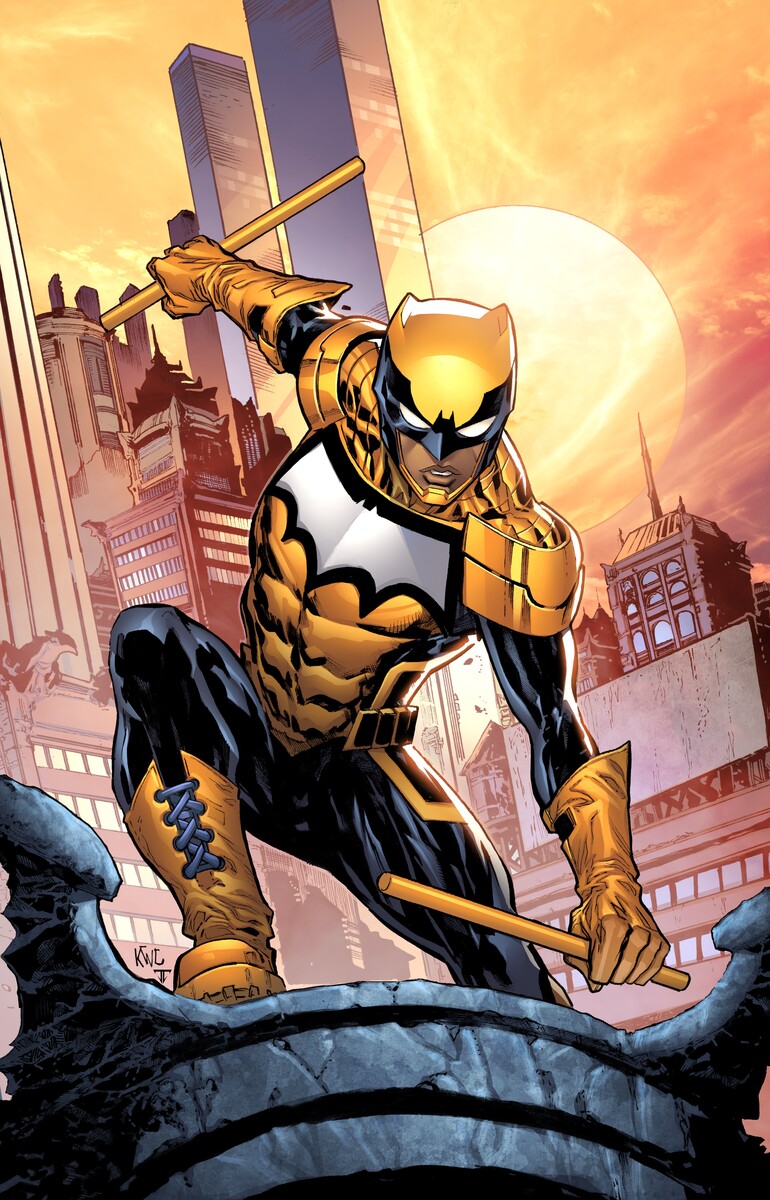 The Signal story will usher in Batman Secret Files with the first issue on July 6th. Huntress’s story is out three weeks later with issue #2 on July 27th.

Are you interested in these new spins on Huntress and The Signal? Let us know down below and elsewhere.