The end of Stargirl’s first season let everybody know who the coming season’s Big Bad will be.

In the season finale, with the Injustice Society defeated, Cindy Burman (Meg DeLacy) – daughter of Dragon King (Nelson Lee) – rushed to a storage room, seeking the glowing shard of a black diamond containing the essence of Eclipso. 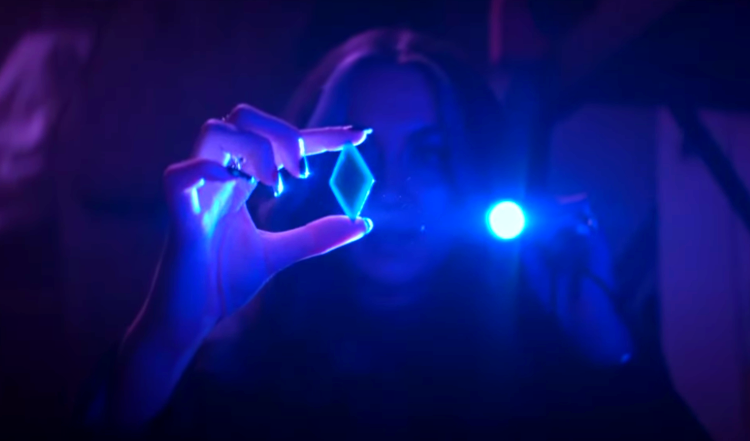 Now we have a fresh look at what actor Nick Tarabay looks like as the evil and immortal entity.

DC shared the high-res image of Tarabay in costume and full makeup on their website and to Twitter initially. Now that it’s out there, you can catch your glimpse of it here, right below. 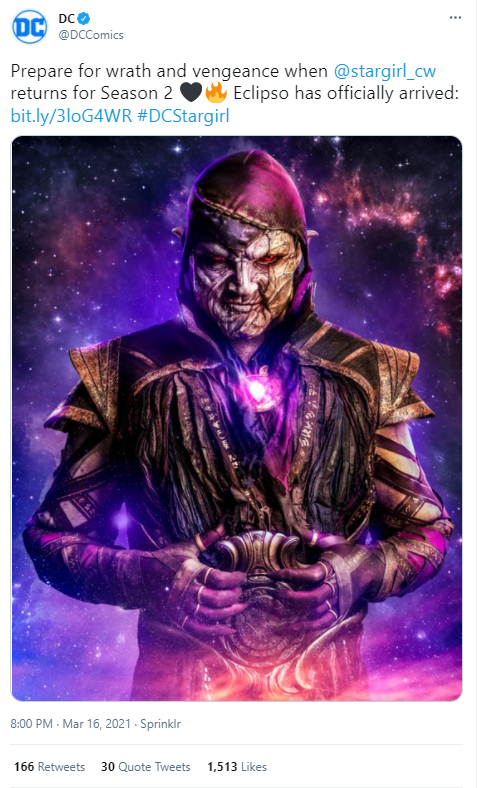 Tarabay’s appearance there echoes the same sinister aspects of Green Goblin and other related Marvel characters. But, it’s also similar to Eclipso’s more demonic or vampiric design circa the 1990s and The New 52.

DC offered a description of what Eclipso will be like in Season 2 which reads as follows: “That’ll haunt a few nightmares, for sure. Described by the series as physically imposing and frightening, and brimming with a cold, terrifying darkness. Eclipso exploits the flaws of others, reveling in the impure and sinful, sadistically feeding off the dark side of humanity.”

They add Eclipso can possess people, no matter what level of darkness or hate they have in their heart, and easily control others once he’s possessed somebody.

Based on this info, it sounds like Geoff Johns is going with the Post-Crisis canon where Eclipso was able to gain control of Superman and Wonder Woman as it took everything for the Justice League to take him down. 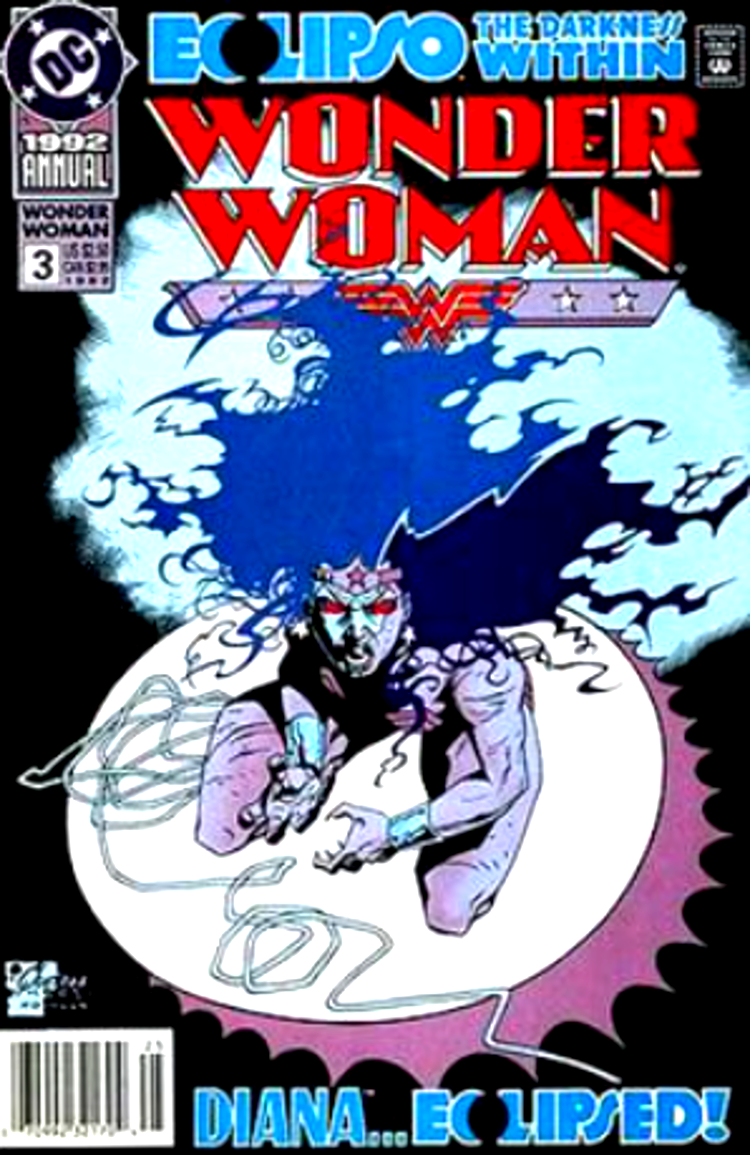 DC’s article accompanying the reveal correctly points out that Courtney Whitmore (Brec Bassinger) and the new Justice Society are young and inexperienced. If Eclipso was too much for the JLA, what rabbit can she pull out of a hat to beat him?

We also found out in the Season 1 finale The Shade has returned, probably to offer Eclipso backup. There might be an ally for the JSA in the equally resurfaced Sylvester Pemberton/Starman (Joel McHale), but we don’t yet know his agenda.

Formerly an Original of DC Universe, Stargirl Season 1 aired on The CW while it streamed on the DCU app and CW’s streaming app. The show is now a CW exclusive and will premiere on the network this summer.