This past Memorial Day, Guardians of the Galaxy and The Tomorrow War star Chris Pratt took to Instagram to honour the fallen troops, setting aside some time in the process to call out all of those people who constantly “b—h and moan about America.” 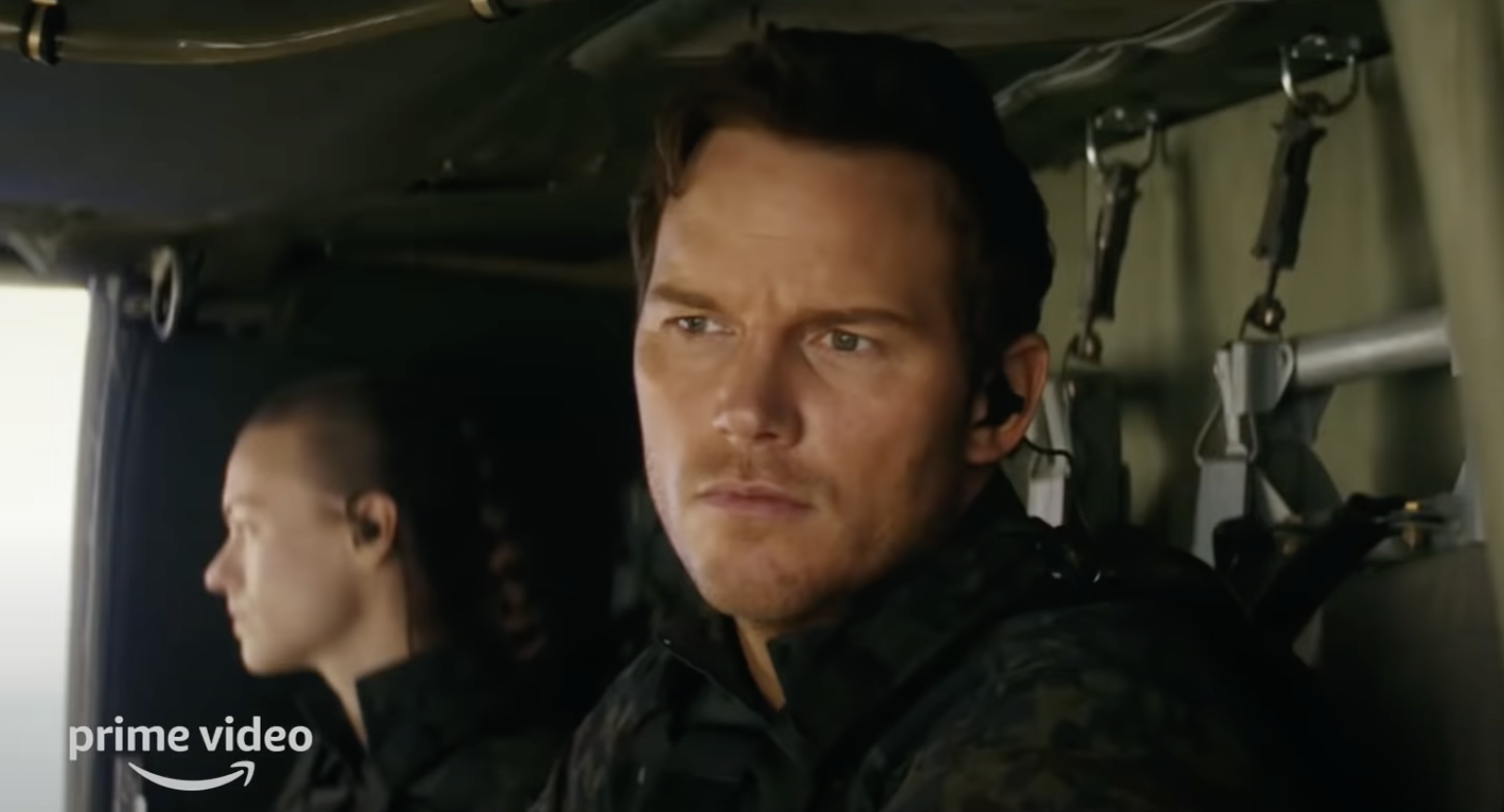 “I saw these images on @timkennedymma feed. Please, look at each one. Pause, give them your consideration. America’s exceptional armed forces have altered the course of the world for the better,” expressed the actor in his lengthy Memorial Day post.

The actor continued, “From the Union Army defeating slave owning confederates, to the Greatest Generation and her Allies vanquishing the Nazis or our special operators hunting down the perpetrators of 9/11.” 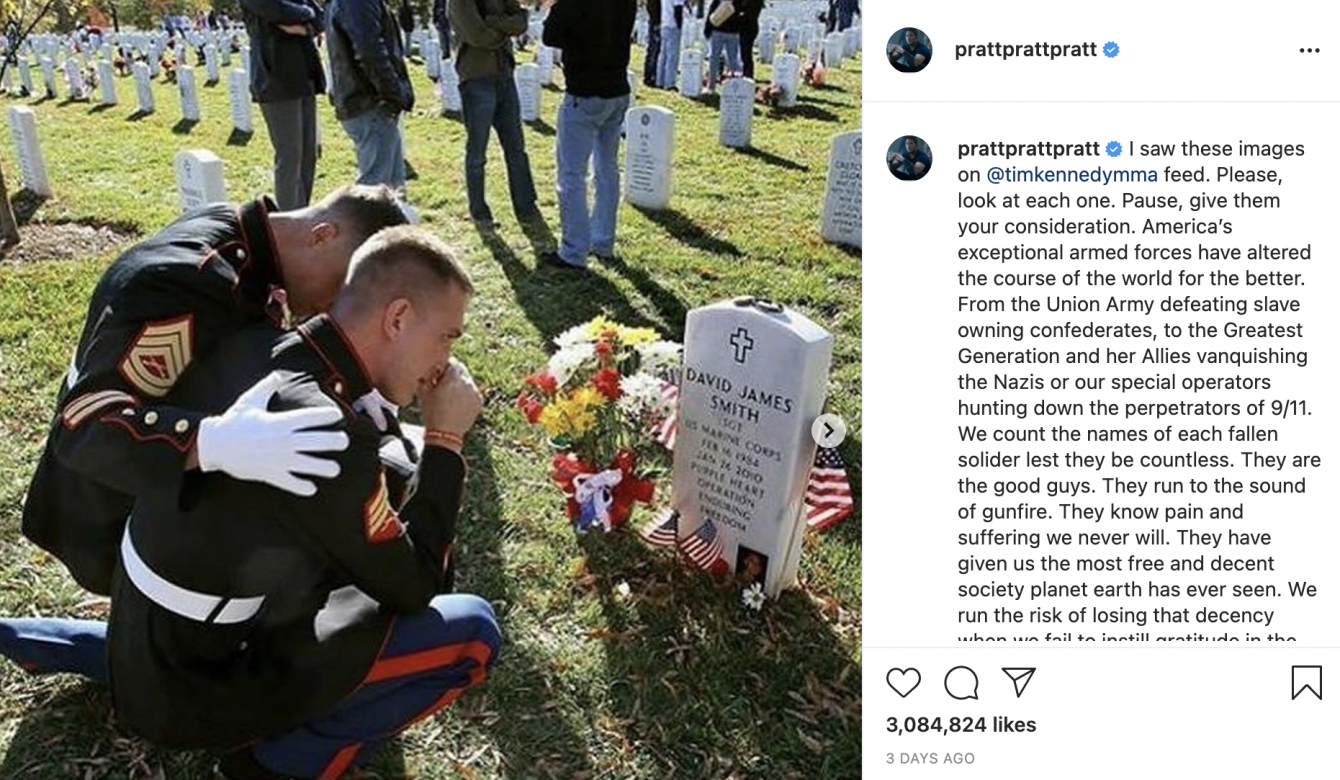 Pratt then goes on to explain why it is important to remember those who have given their lives for their country, and why we should all be honouring their courageous sacrifice; a sacrifice that has allowed Americans to experience true freedom.

“We count the names of each fallen solider lest they be countless. They are the good guys. They run to the sound of gunfire. They know pain and suffering we never will. They have given us the most free and decent society planet earth has ever seen,” Pratt continued. 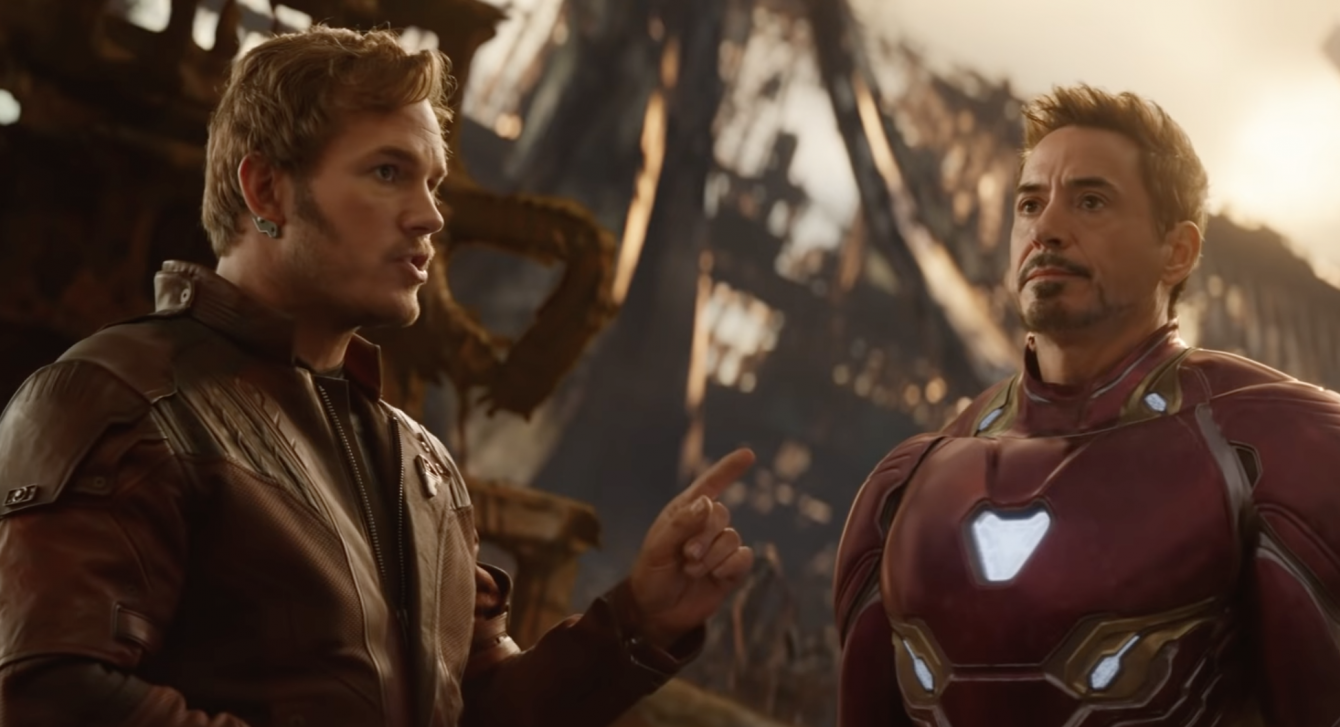 “We run the risk of losing that decency when we fail to instill gratitude in the minds of our youth or the perspective of what it actually means to be free- should they never learn of the selfless sacrifice of our armed service members in the face of oppressive evil,” he continued.

The Guardians of the Galaxy actor also encouraged everyone to both join him “in showing support for our fallen,” and also “take a quiet moment to really consider the sacrifice” the troops have made.

Pratt then proceeded to call out those who used posts like the one he shared as an opportunity to complain and moan that their right to criticise others was paid for with the blood of those who have fallen while performing their military duties. 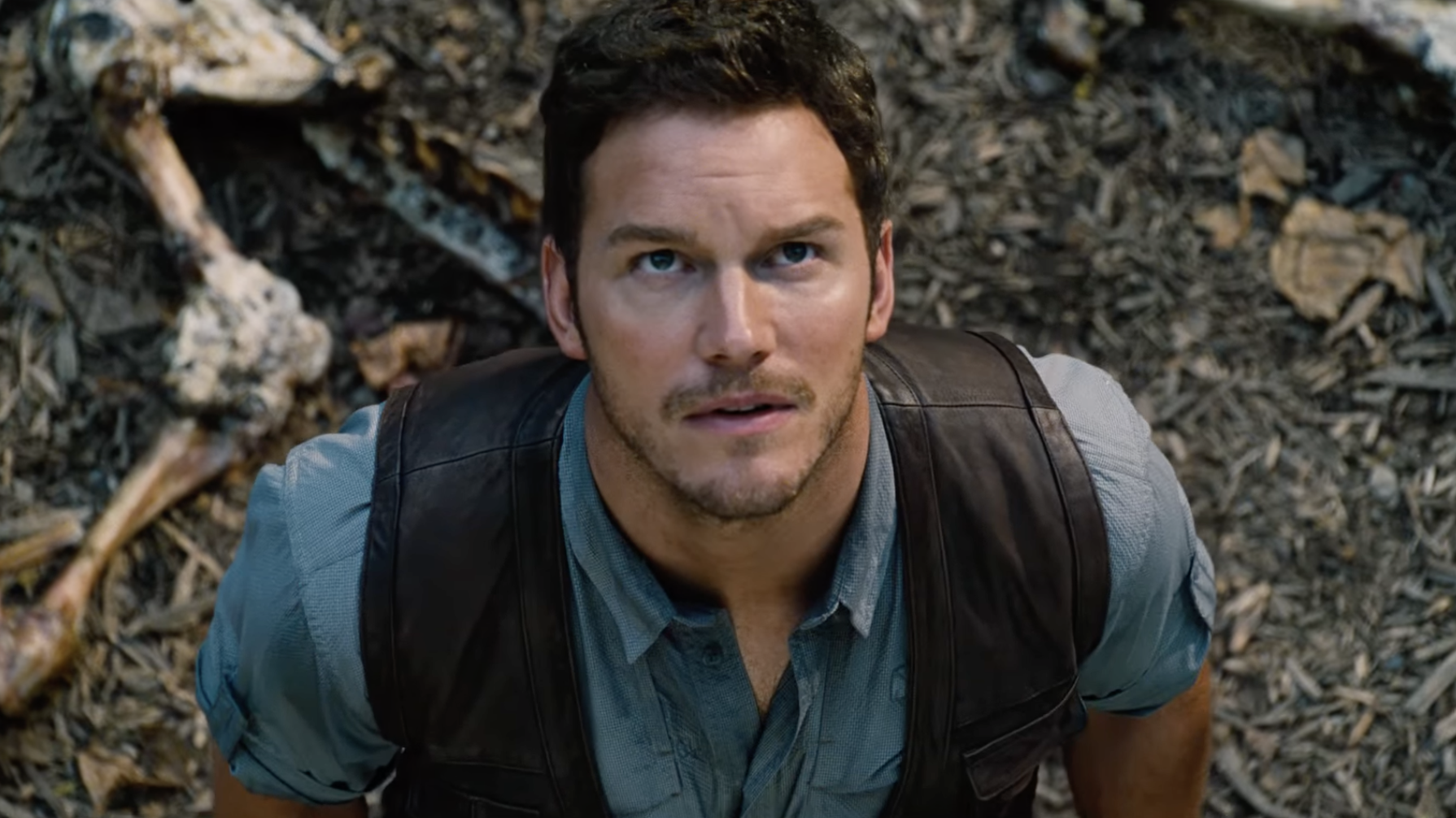 “And if you use the comments section on posts like this to bitch and moan about America please understand there are countries in the world where criticizing your government will get you killed or imprisoned,” stated the actor.

Pratt further elaborated, “Criticism is a right and necessity in amending the flawed systems of man. So by all means, let your voice be heard. But never forget your right to free expression is paid for in blood.”

“May God give their souls rest, and may they live in our memories this weekend and always,” he concluded. 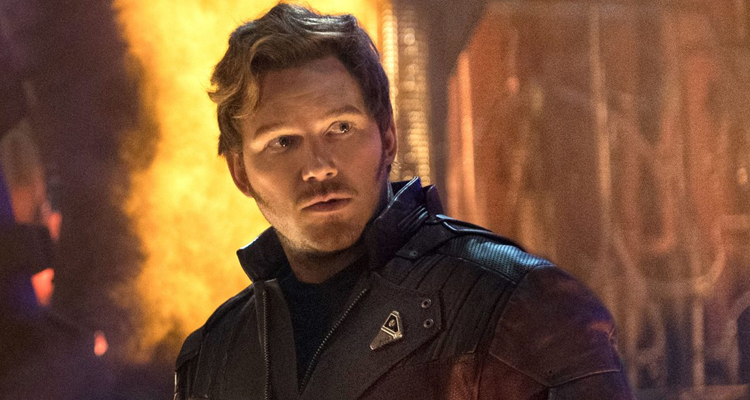 The actor’s Instagram post was a breath of fresh air, as Hollywood celebrities don’t often share Pratt’s sense of patriotism and respect for the fallen troops.

Pratt’s post also came a few days after Vice President Kamala Harris made a disrespectful and tone-deaf tweet ahead of Memorial Day, wherein she shared a picture of only herself and wrote simply, “Enjoy the long weekend.” 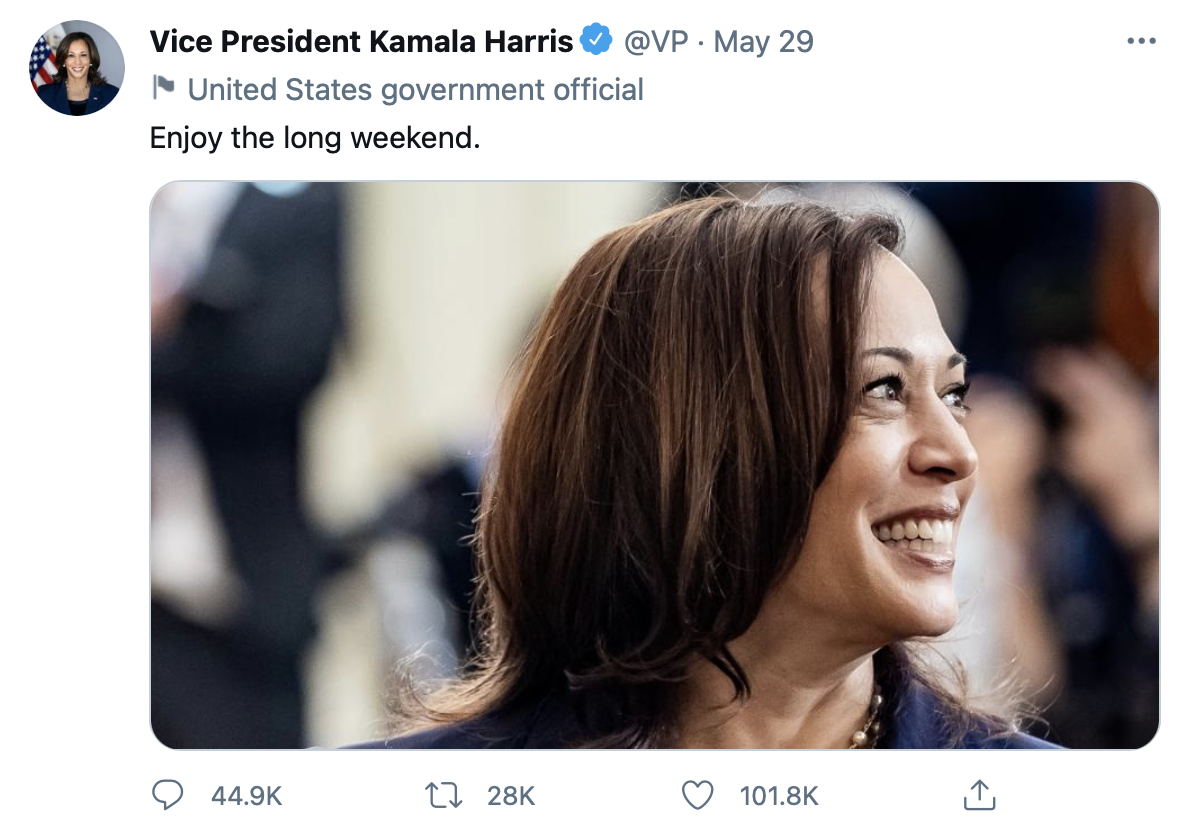 Likewise failing to acknowledge the the main reason behind the “long weekend,” President Joe Biden didn’t do much better, sharing only a picture of himself holding an ice cream cone — which mainstream media outlets probably hoped was chocolate chocolate chip flavour — and briefly advising, “Stay cool this weekend, folks.” 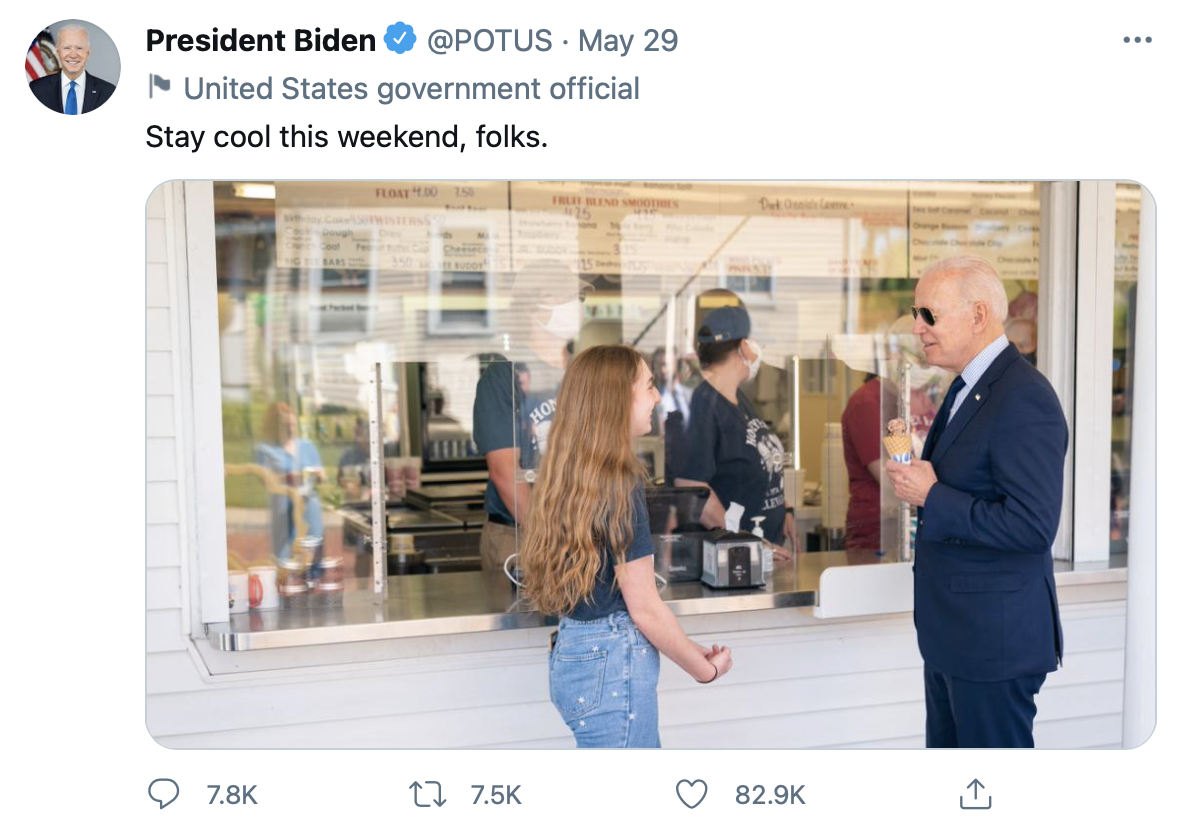 The fact that Pratt supports the troops and is a devout Christian has triggered some social justice warriors out there an astounding amount of times in the past.

In October of last year, for example, Pratt was accused of being a white supremacist by the cancel culture mob after he failed to appear in a virtual fundraiser held by his fellow Avengers: Endgame co-stars in support of then-candidate Joe Biden’s presidential campaign. In reality, he had not been invited due to scheduling conflicts.

Pratt was also accused of racism earlier this year after a series of fake messages started doing the rounds on Twitter, in what seemed to be yet another a desperate attempt by woke social justice warriors to cancel the actor.

With all that said, the majority of the comments that can be found on the Chris Pratt’s recent Memorial Day post are overwhelmingly supportive of the message the actor was trying to convey, which is a nice change of pace.

What do you make of Chris Pratt’s Memorial Day post? Let us know in the comments section down below or on social media.