Geoff Johns is returning to DC Comics for the new miniseries Flashpoint Beyond, going further than the initial Flashpoint storyline did into the adventures and cases of Thomas Wayne as an Elseworld’s Dark Knight. 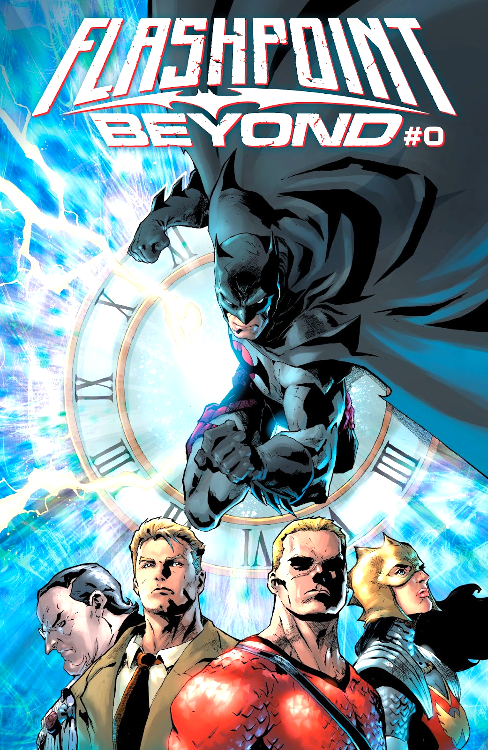 RELATED: Comic Shop Owner Who Threatened To Blow Ethan Van Sciver’s “F***ing Face Off Your Skull” To Close His Store

That’s a big story in itself but the reaction to it by Justice League’s Ray Fisher is stealing the headlines. He is speaking out again and sticking to his accusation of racism against Johns. “Geoff Johns is still a racist,” Fisher tweeted with his usual “A>E” signoff that means accountability is greater than entertainment.

The actor is being true to his promise he won’t be silent and it’s worked at getting him attention from all sides. Ethan Van Sciver, for one, took notice and he is coming to the defense yet again of his former collaborator at DC, Johns. 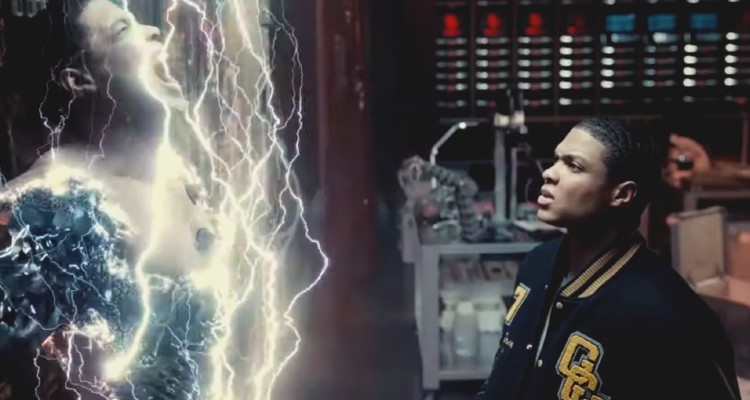 “Man, I thought my cancellation was tough,” EVS tweeted in reaction to Ray Fisher’s post. “It wasn’t ANYTHING compared to what Geoff gets to endure.”

“Wanna know why?” he continued, posing a question for which he has the answer. “Geoff thought DC movies should be happier and filled with fun, and that Zack Snyder’s films were too depressing. So did WB.”

And that is why, “Now he gets to suffer for it,” according to EVS because Johns went in a different direction with the DCEU when Zack Snyder took his leave of absence. What he didn’t count on was the behavior of Joss Whedon on the set and the fervor of fandom to see the completed Snyder Cut. 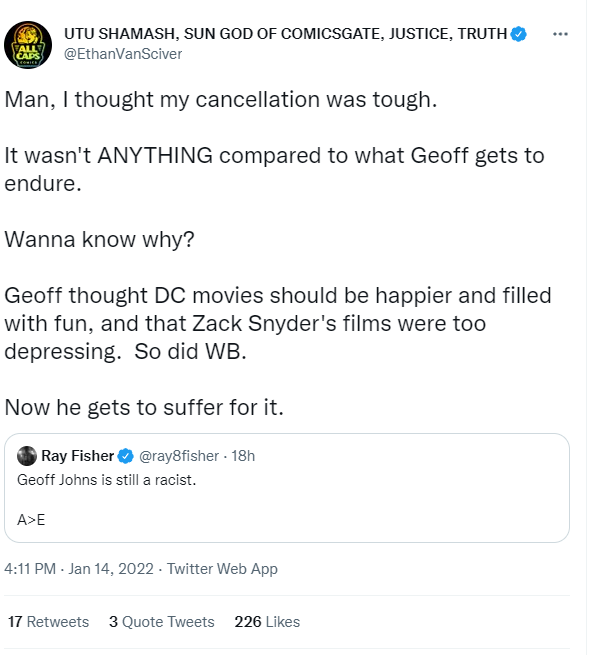 So then, like clockwork, the Twittersphere is predictably taking sides in this matter and joining Ray Fisher in “canceling” Johns with only an allegation to go on. EVS sees this as an “unfair” betrayal by those who have read and loved Geoff Johns’ comics for 25 years.

“I’m telling comics fans who hate Geoff Johns without cause, after 25 years of his producing the most important and beloved comics DC has published, that they are being unreasonable, unfair and cruel,” he tweeted. “If the fact that Geoff is still here makes them cry, they should cry.” 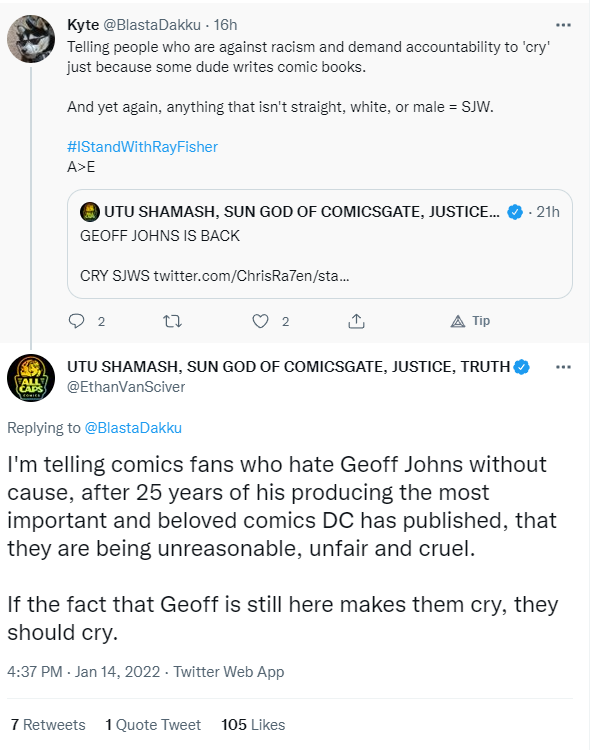 EVS believes Johns belongs in the comic industry and that Hollywood has been a hit-or-miss gamble for him and his lighter, fluffier tone. Wonder Woman 1984 was a debacle, all including Van Sciver admit, but he wasn’t an admirer of the Snyder Cut either.

“I’ll be honest, WW 1984 was abysmally stupid and Snyder Cut was a sleeping pill. Although Geoff understands DC better than almost anyone, his job of wrangling artists in Hollywood to conform to his ideas was self defeating,” EVS wrote in a reply. “He should write COMICS.” 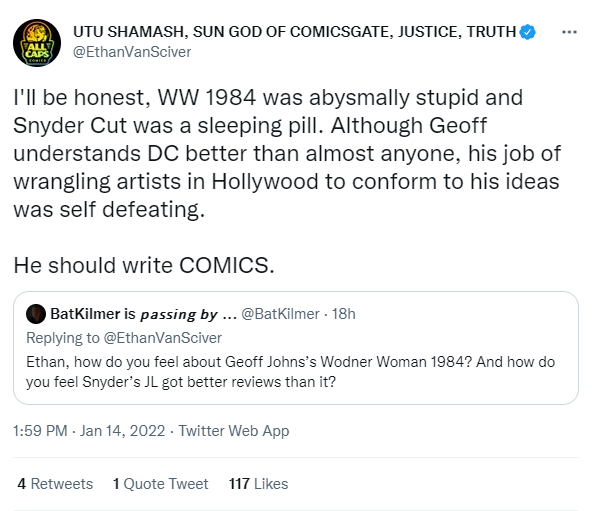 Ray Fisher, on the other hand, has contributed nothing to comics, Van Sciver says in his analysis of this latest controversy, and has only brought “activism” to his film career.

When anyone wouldn’t play ball with Fisher or Zack Snyder, Van Sciver observes, they (from Johns to DC Films head Walter Hamada) were labeled a racist.

WarnerMedia’s own investigation didn’t turn up any evidence of that and neither did EVS’s personal research. Unable to understand what’s motivating Fisher, Van Sciver believes he’s acting on behalf of Zack Snyder so the director can jockey for position at the top of the DCEU heap.

The scenario appears unlikely objectively when Snyder, satisfied with a trilogy encompassing his DC film corpus outside Watchmen, has moved on to Netflix. Warner, meanwhile, seems primed to reset the Multiverse in The Flash.

Geoff Johns is back with new comics when Flashpoint Beyond hits stores in April with Thomas Wayne donning the cowl again in a world thought erased to solve a murder mystery and track down the killer.

NEXT: Report: Geoff Johns Nixed Idea Of Superman’s Grandfather Being Black in Krypton