In the Arrowverse, it was revealed Batman went off the deep end and killed The Joker. However, Gotham’s vacant throne of Clown Prince of Crime is filled by a new character debuted this season. Nick Creegan is the new face in the Arrowverse who plays Marquis Jet, the inheritor of the Joker name who also happens to be Ryan Wilder’s brother. 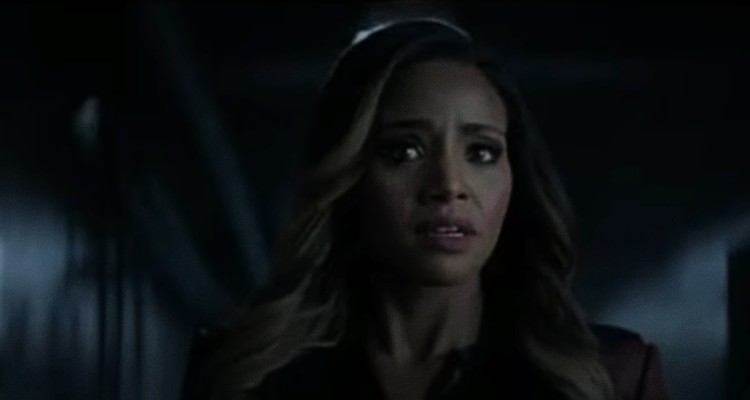 Like his sister before her run-in with Batwoman and eventual picking-up of Kate Kane’s suit, once it dropped out of the sky, Marquis’s life was on a normal path until a hijacking of his school bus at a tender age by the original Joker, and a zap from his joy buzzer, sent him down a dark path.

After killing Professor Pyg, Marquis is at a point of no return now and doing what any self-respecting Joker would next: strike at the heart of Gotham starting with Wayne Enterprises. Where he goes from there is part of what Creegan discussed in an interview with TheWrap.

‘’It’s crazy. It’s wild, actually,’’ Creegan said of becoming the new Joker. “Yeah, I’ve done a lot of processing the past few weeks, months, you know? It’s still surreal to me.” He added that the reception for “being the first person of color to play this role…has just been overwhelming.” 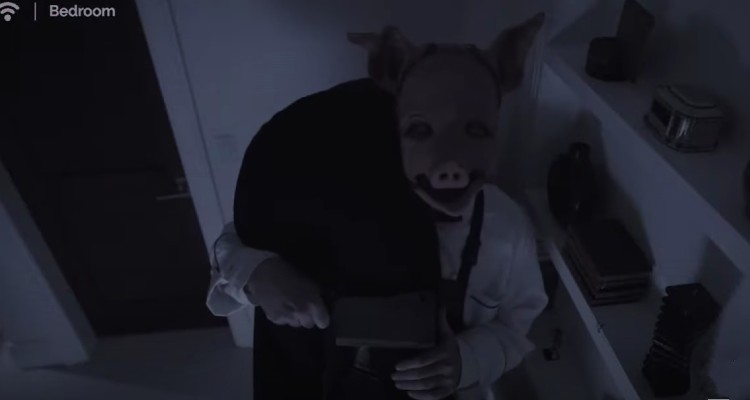 For inspiration, Creegan is drawing from Jared Leto’s Joker – a portrayal he likes for “how different it was than every other rendition.” Leto wore chains and had gold teeth. “And he was just like this new, edgy, different version of the Joker.”

Creegan wants to be a Joker who is original and “into being himself” wearing his own fashion but he also tries to borrow what he can from famous portrayals of the past. “Like, there’s a lot of vibes that come through that people probably relate to, especially being from New York and, you know, a little street, a little edgy, funny,” he said.

“So … I tried to take little elements of Jared Leto’s Joker, but also making sure that I weave in the maniacal laughter and just craze in the eyes that I saw in Heath Ledger or Joaquin Phoenix’s Joker. So there’s bits and pieces that I’ve taken from a lot of them, but [I’m] still making it very much [as] original as possible,” Creegan continued.

More than his wardrobe, Joker’s laugh is an unmistakable part of his repertoire. Each actor’s laugh, from Mark Hamill to Heath Ledger and Joaquin Phoenix, varied but always remained a menacing cackle at its heart.

It was easy for Creegan to make Joker’s laughing his own – he laughs exactly the way he does at humor in an exaggerated way.

“The laugh, for instance, is actually my own laugh,” he revealed. “People are like, ‘Oh this Joker laugh is so good!’ I’m like, ‘Don’t think I’m actually crazy, but this is how I laugh whenever something’s really funny.’ So I have a really weird, interesting — I call it my auteur laugh. That’s mine.” 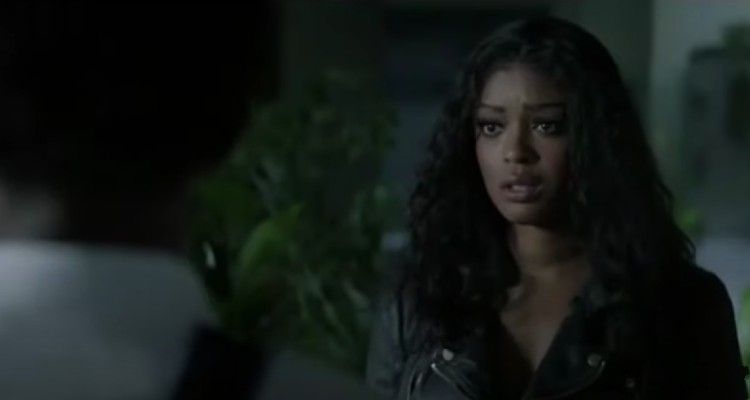 Creegan’s hair is also different from most Jokers, going with purple extensions instead of green dye. He also wears an orange suit. He explained he had some input into this makeover but it was really up to the costume department.

Explains the actor, “Whenever the wardrobe department and the hair department would ask me like, ‘So Nick, what do you think about this?’ Or ‘What do you want to do in terms of this look?’ I’m like, ‘Oh my God.’ But, you know, with wardrobe, they just got it right every time.” 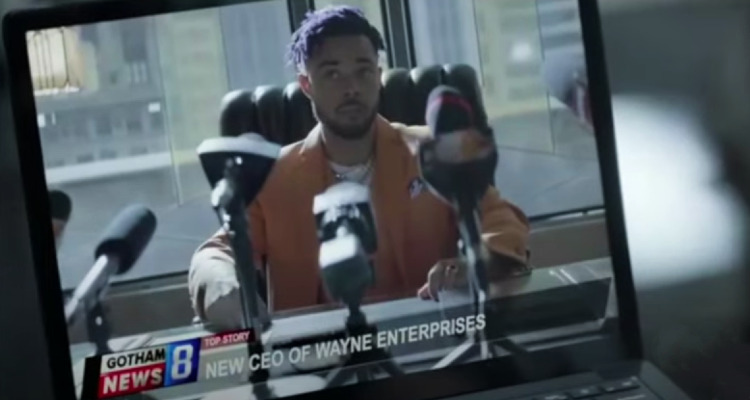 One trademark they haven’t decided on applying yet except for one scene straight out of Todd Phillips’ ‘Joker’ is the face paint, but Creegan promises Marquis will put a twist on things in an upcoming episode.

“But I mean, everybody would love to put on some face paint,” he said. “I think that’s one of the [coolest] parts about the Joker. But also, you know, this version is brand new, and we had our own twist on it.”

Creegan continued, “So I think you’ll be excited to see the new look. In episode eight, you’ll see something that’s brand new that has never been done by any version of the Joker.” 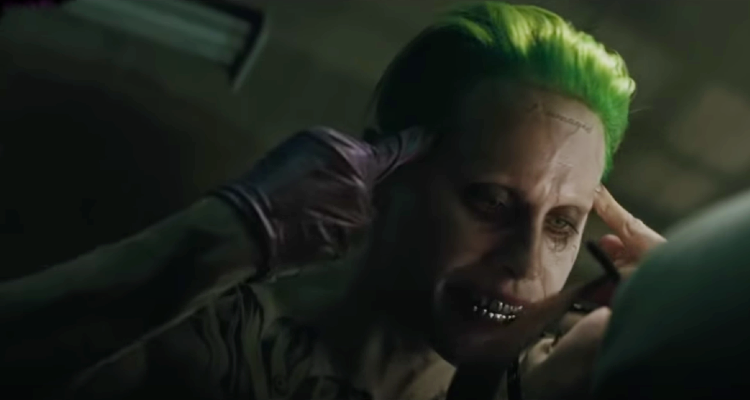 He echoed one other modern Joker, as mentioned, aside from Leto; and Creegan shared what the experience of rubbing blood on his face in a mirror was like.

“That was actually a very interesting scene to shoot. I went into that, [and] I was the only actor on set that evening. It was a Friday night. It was a late shoot,” he explained. “And once I got to the mirror and put it on, it was just super quiet.”

He added, “I remember just feeling all these emotions. And yeah, it was good that people felt terrified watching that because it was a terrifying scene to shoot.’’ 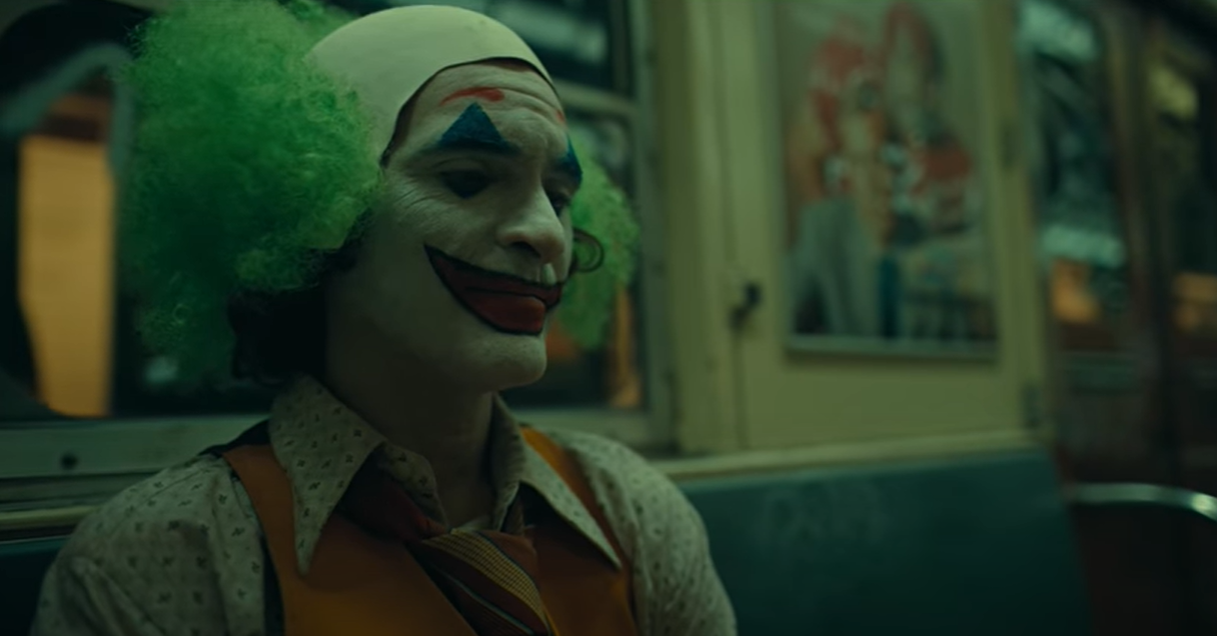 Joker is a top-tier bad guy. However, the big evil of Batwoman Season 3 is Mary Hamilton’s incarnation as Poison Ivy (Poison Mary) and naturally, the two will meet in an encounter Creegan says is “mind-blowing” and will shock the fans still watching.

In real life, Creegan and Nicole Kang did a bit of bonding over the characters they play and being the first ethnic performers to portray Ivy and Joker – revamped as they are.

“So when I found out that she was becoming Poison Ivy, and I would be The Joker, obviously, we bonded on so many levels,” said Creegan. 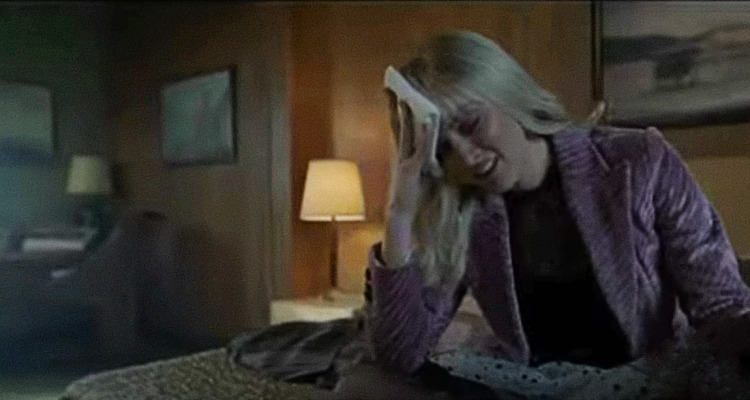 NEXT – Chuck Dixon Explains Why You Can’t Buy A Complete English Version of The Joker: The Last Laugh Trade Paperback