In a first for the long-running American television adaptation of Super Sentai, Power Rangers: Dino Fury has introduced an LGBT Ranger to the Morphin’ Grid. 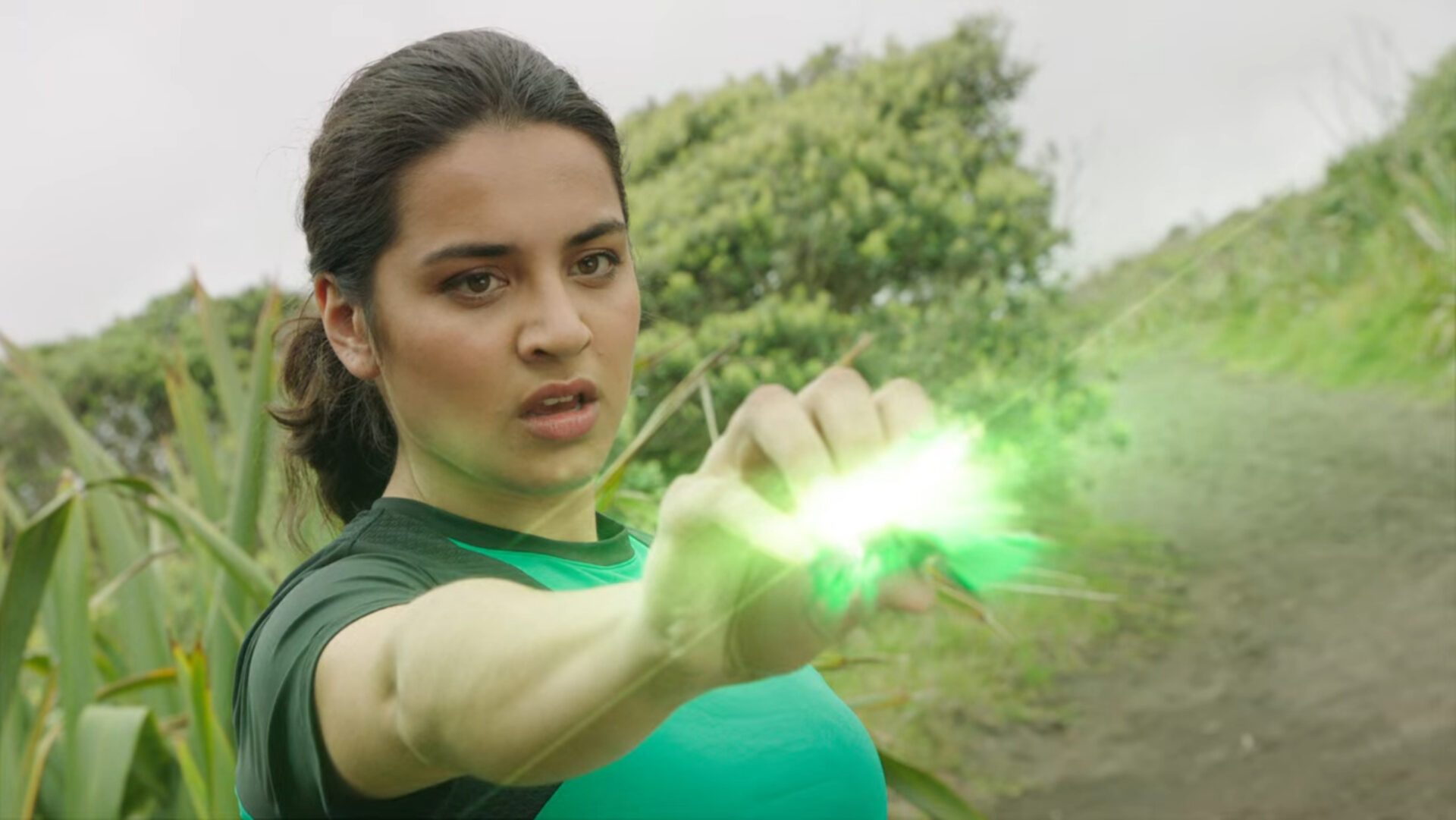 The American counterpart to Kishiryu Sentai Ryusoulger and second Power Rangers series to be produced by Hasbro since acquiring the license from Saban Brands following Beast Morphers, Dino Fury follows the eponymous team as they fight to stop the villainous Void Knight and the Sporix Army. 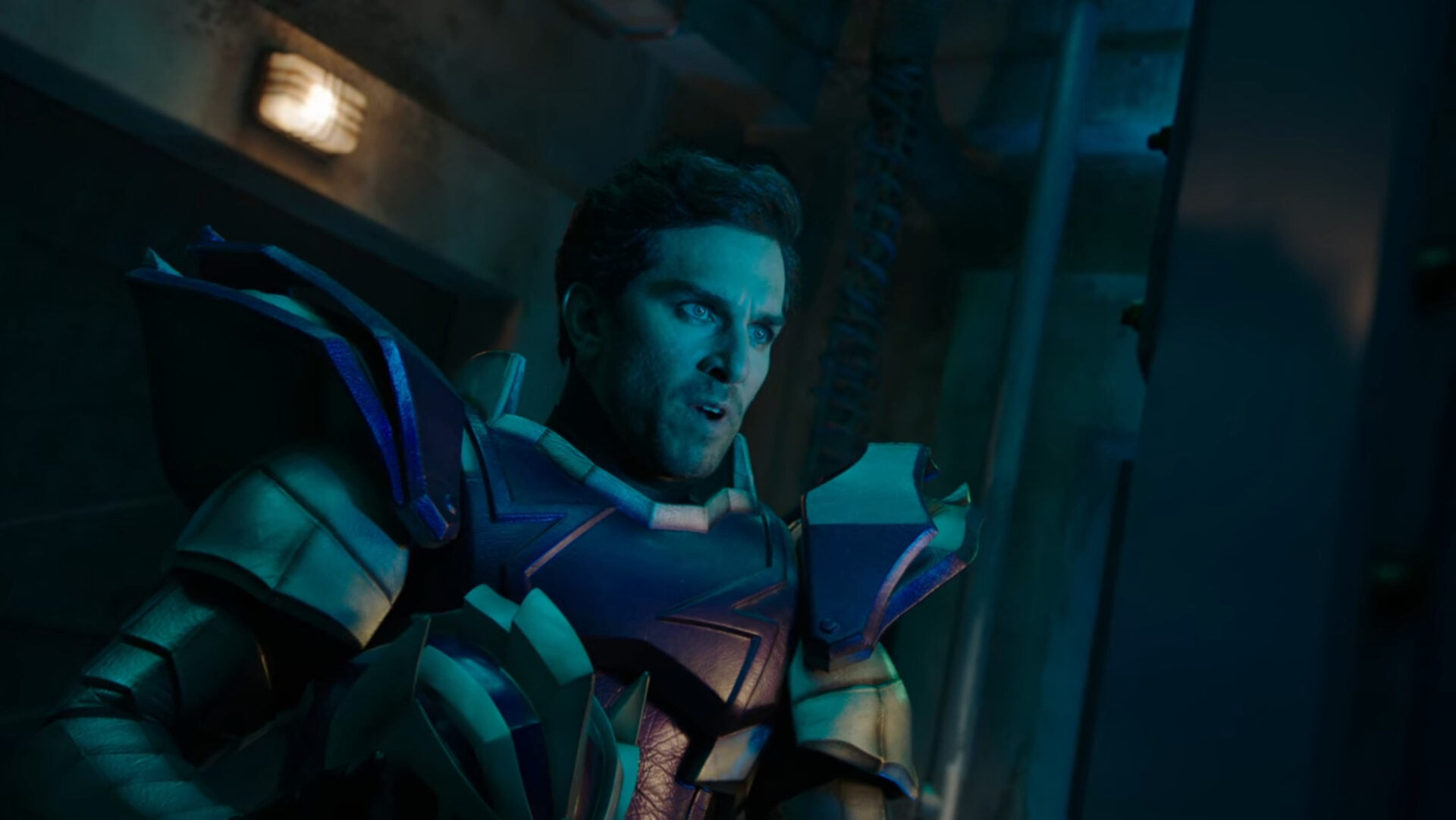 Granted their powers by the ancient and alien Knights of Rafkon, the Dino Fury roster consists of the Rafkonian pair Zayato (red) and Aiyon (gold), as well as humans Ollie Akana (blue), Amelia Jones (pink), Javi Garcia (black), and Izzy Garcia (green) – the last of whom is revealed to be the series’ first gay Ranger. 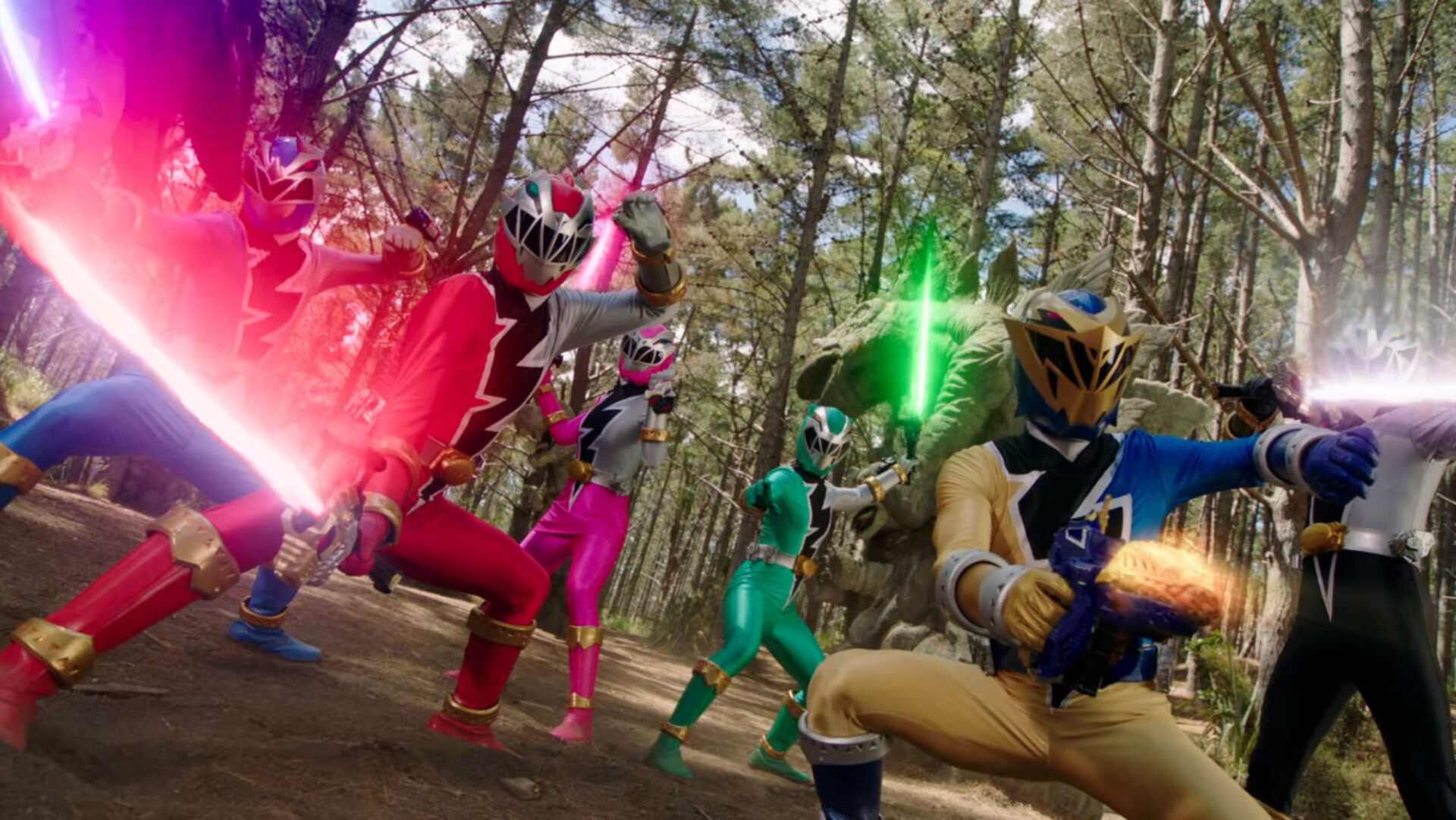 The confirmation of Izzy’s lesbian identity can be seen in Dino Fury’s 13th episode, The Matchmaker.

As the episode begins, Zayato and Javi find themselves surprised to see Izzy sporting a new and upbeat attitude – even having a friendly conversation with her long-time high school sports rival, Fern – as just last episode she had been scammed out of a significant amount of cash by a money-grubbing athletics coach. 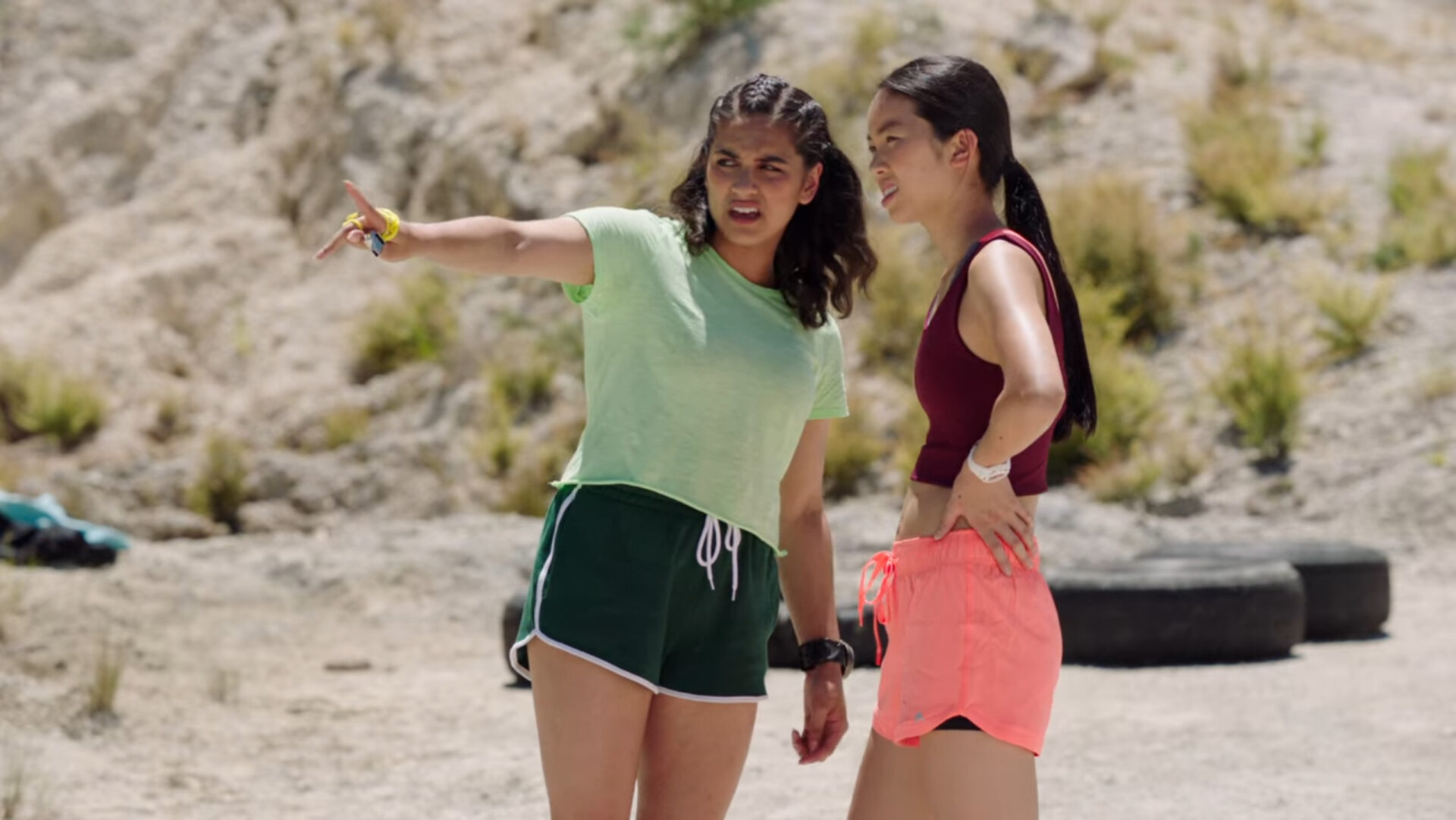 Speculating as to the reason for her optimism, the pair eventually convince themselves that Izzy has a crush on Adrian, one of their fellow athletes, and proceed to set the pair up on a date.

However, this outing is unsurprisingly interrupted by one of the Void Knight’s minions, Slyther, who impersonates Adrian in a failed attempt to kidnap Izzy. 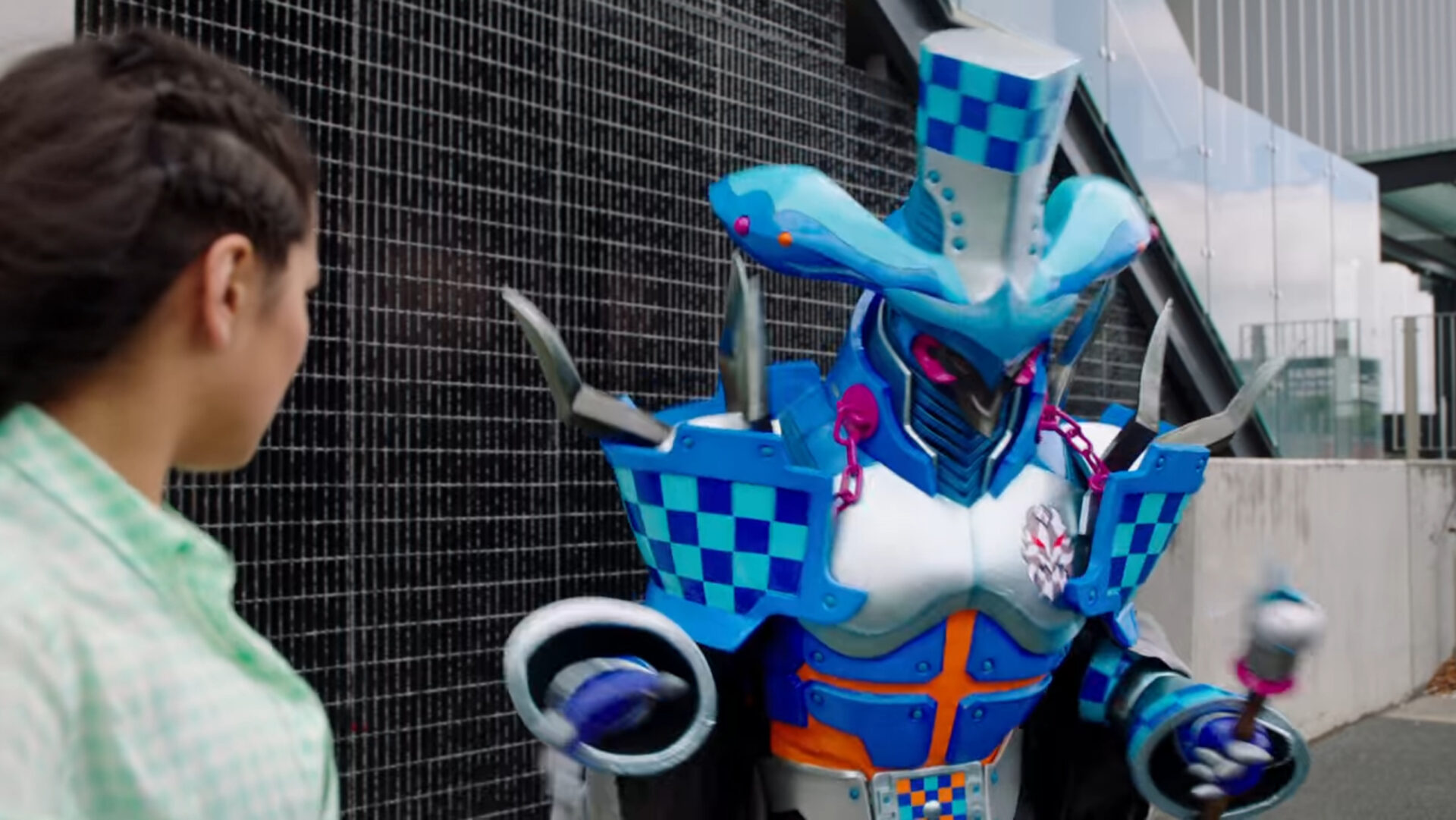 Fighting off Slyther and returning to the Rangers’ base, Izzy is told by Javi that he was the one who set her up with Adrian, to which his sister angrily responds by telling him him to stay out of her personal life. 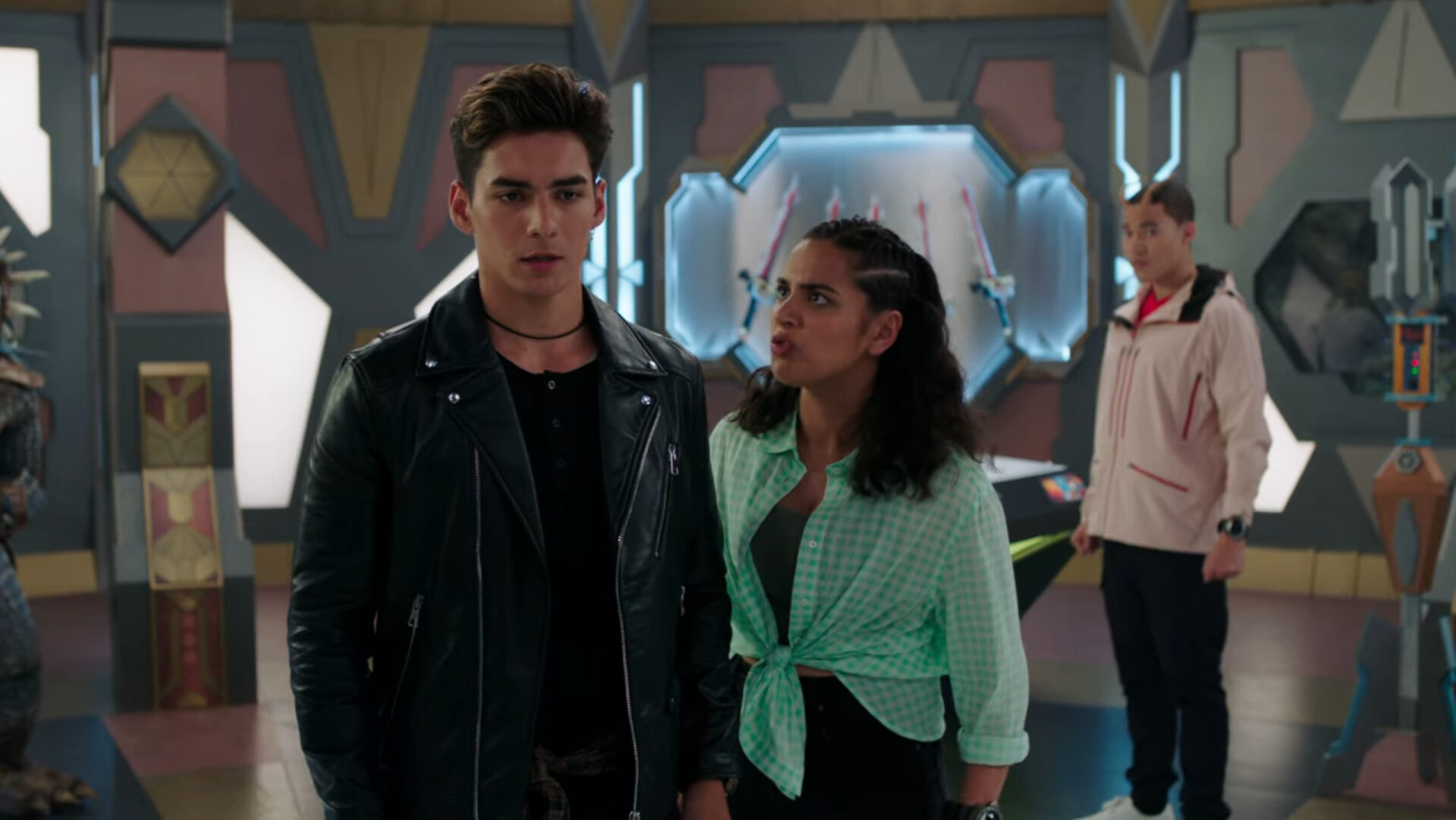 After uncovering his motivations and tracking him down, the team meet Slyther and fellow Void Knight minion Fogshell in battle, ultimately using the power of the T-Rex Blazing Megazord to force the pair into a hasty retreat. 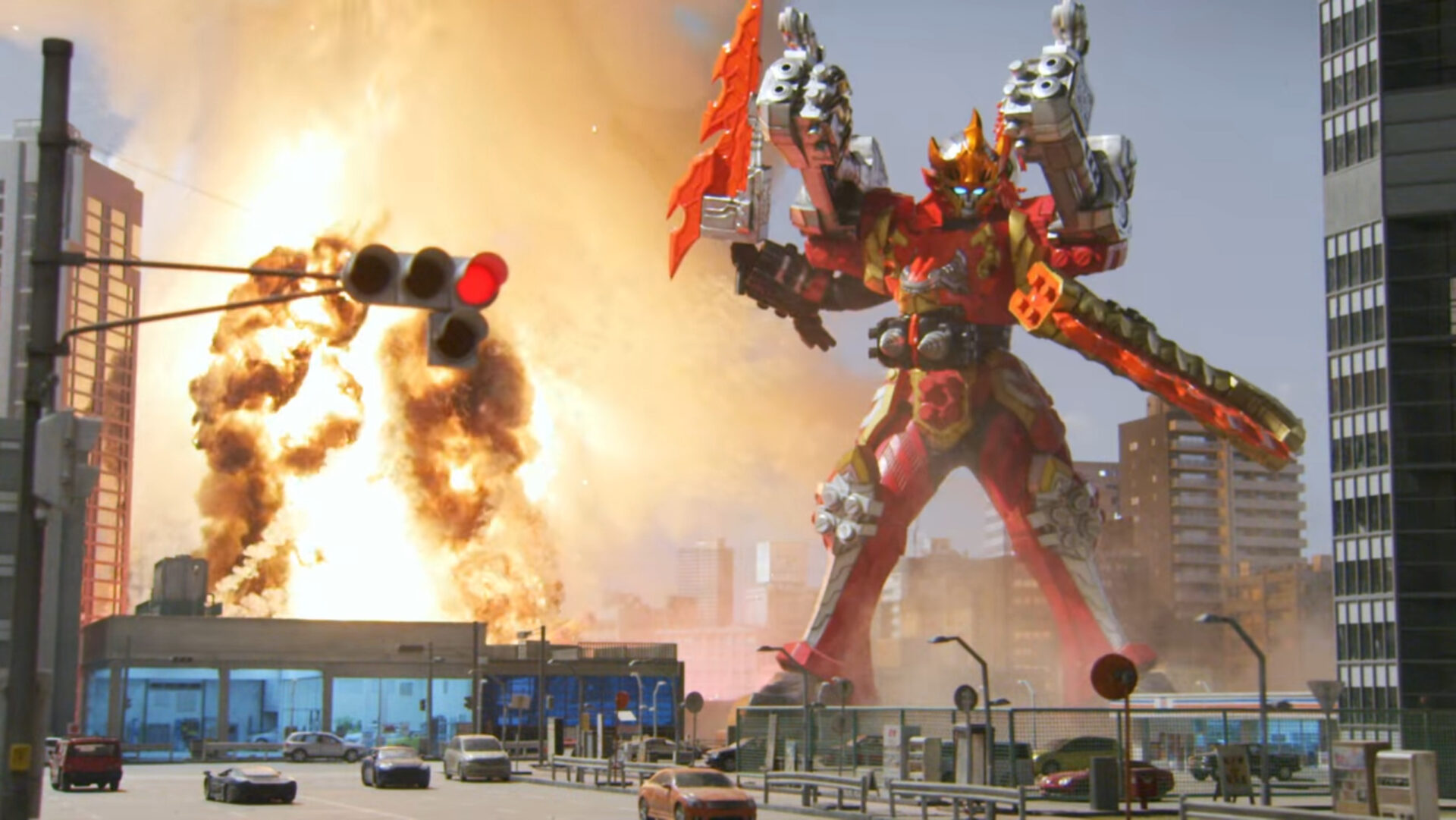 RELATED: Hasbro To Launch Power Rangers Universe Across Both Film and TV

In the aftermath of the battle, Javi apologizes to Izzy for setting her up with Adrian without her knowledge, promising to talk to her about any such plans in the future.

As Javi turns to apologize to Adrian for the same, he notes that he still feels as if Izzy had a crush on someone. 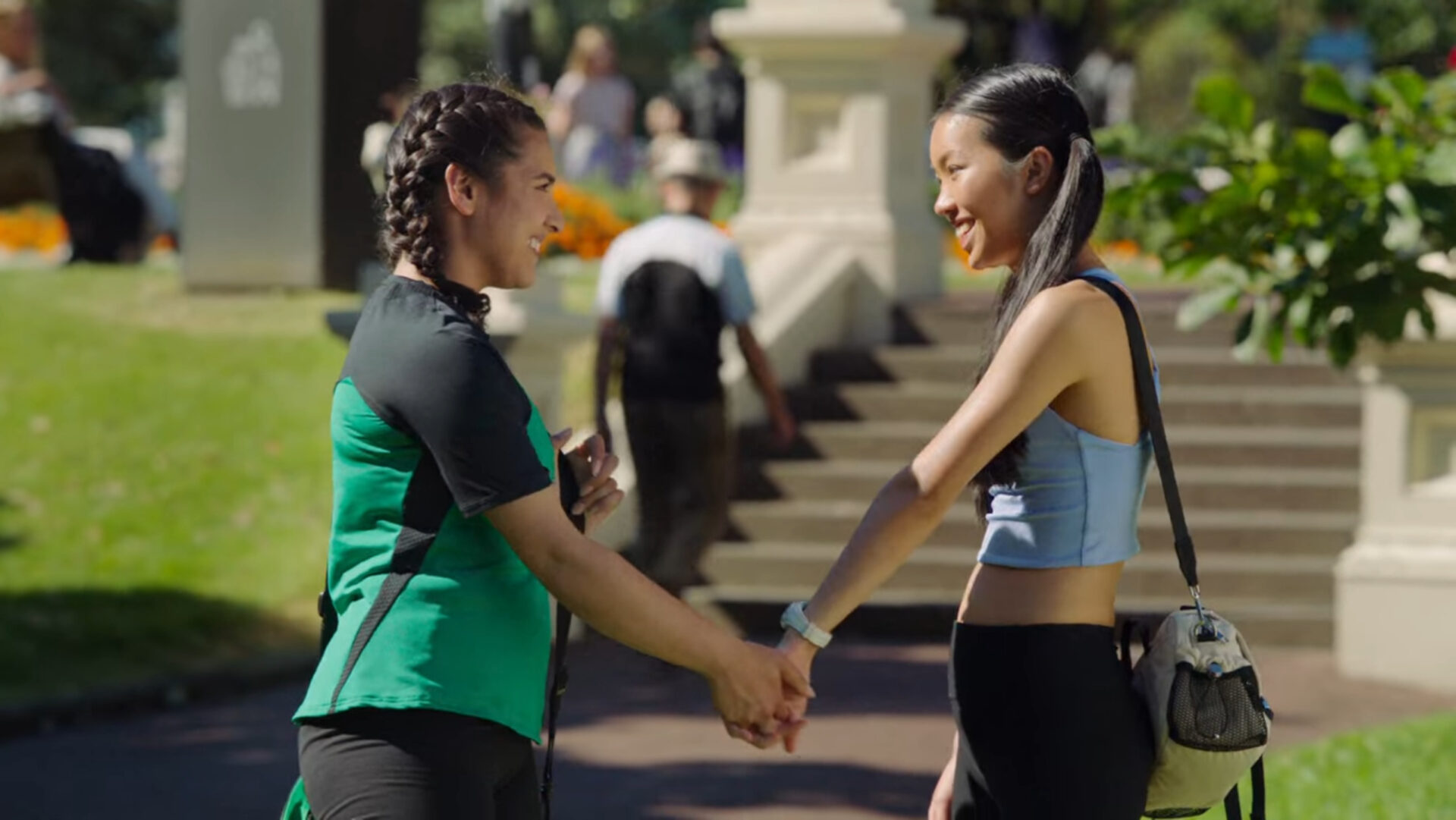 Adrian then confirms to Javi that his suspicions were correct, pointing out that behind them, Izzy is walking and holding hands with Fern, her aforementioned rival.

Accepting her brother’s apology, the two girls then proceed to walk off into the sunset for a ramen date as the rest of the Rangers wish them well. 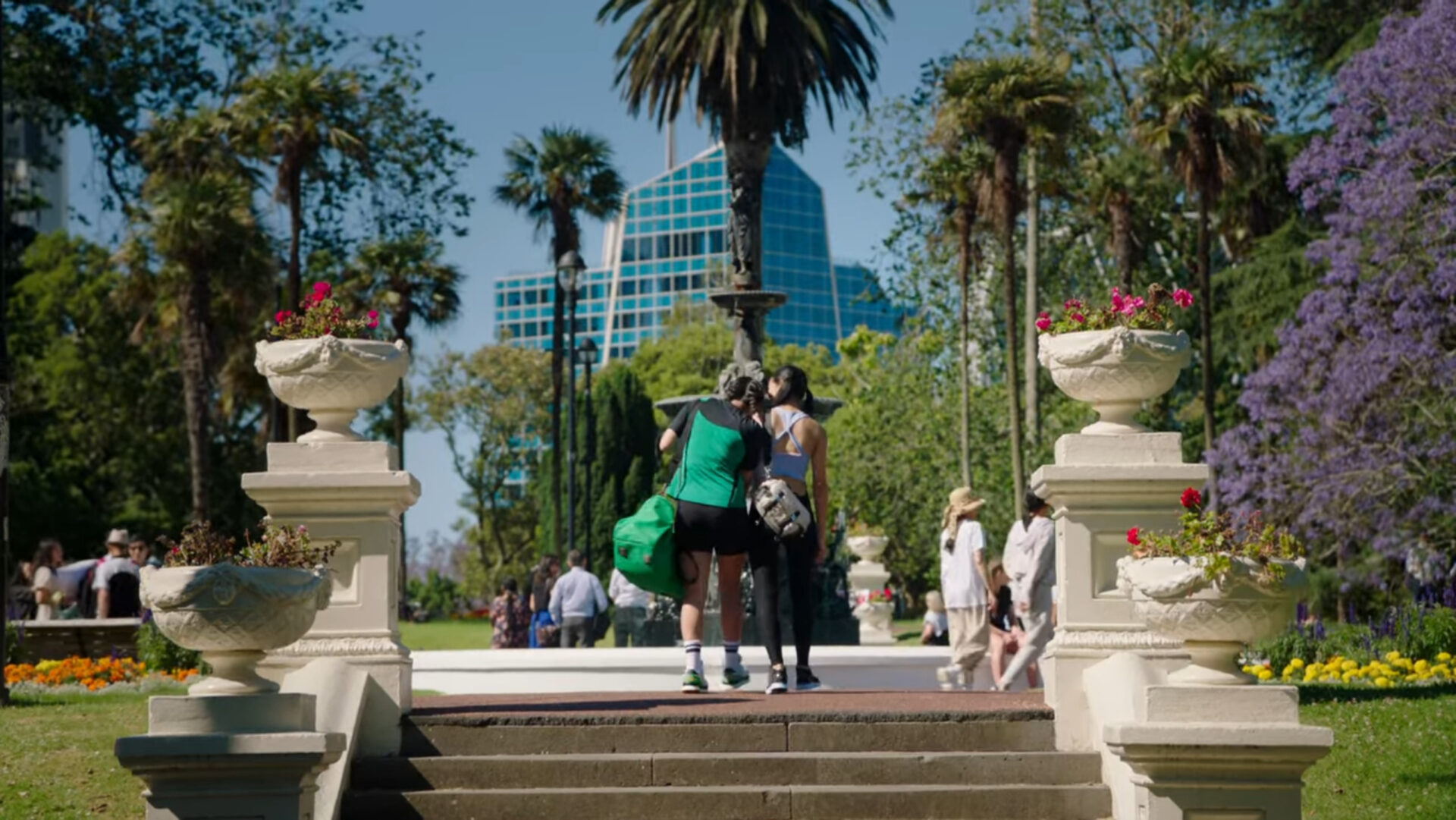 In addition to Izzy, within the last six years, the franchise has introduced fans to a lesbian version of Trini Kwan in Lionsgate’s 2017 cinematic reboot, and a pair of original lesbian Rangers, Remi and Ellarien, in BOOM’s comic book continuity. 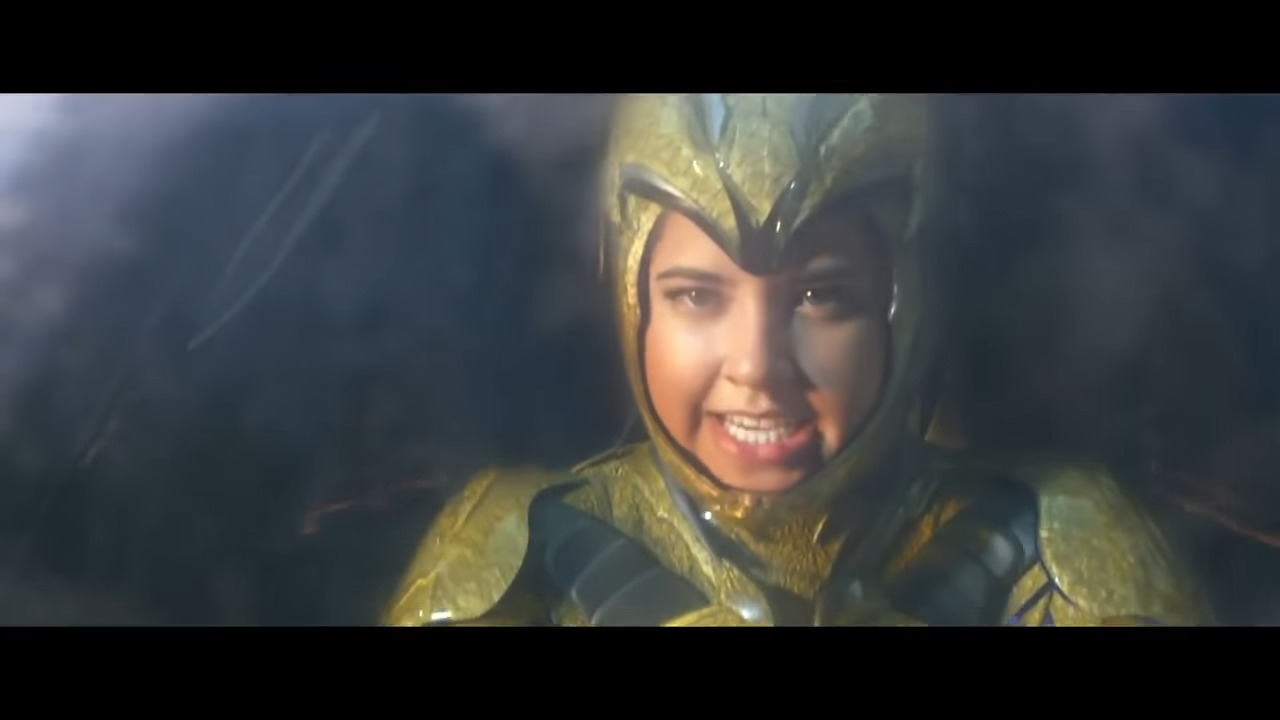 What do you make of Izzy’s introduction as Power Rangers’ first LGBT Ranger? Let us know your thoughts on social media or in the comments down below.