A “completely new anime” based on the popular Spice and Wolf series of light novels has been announced as in production. 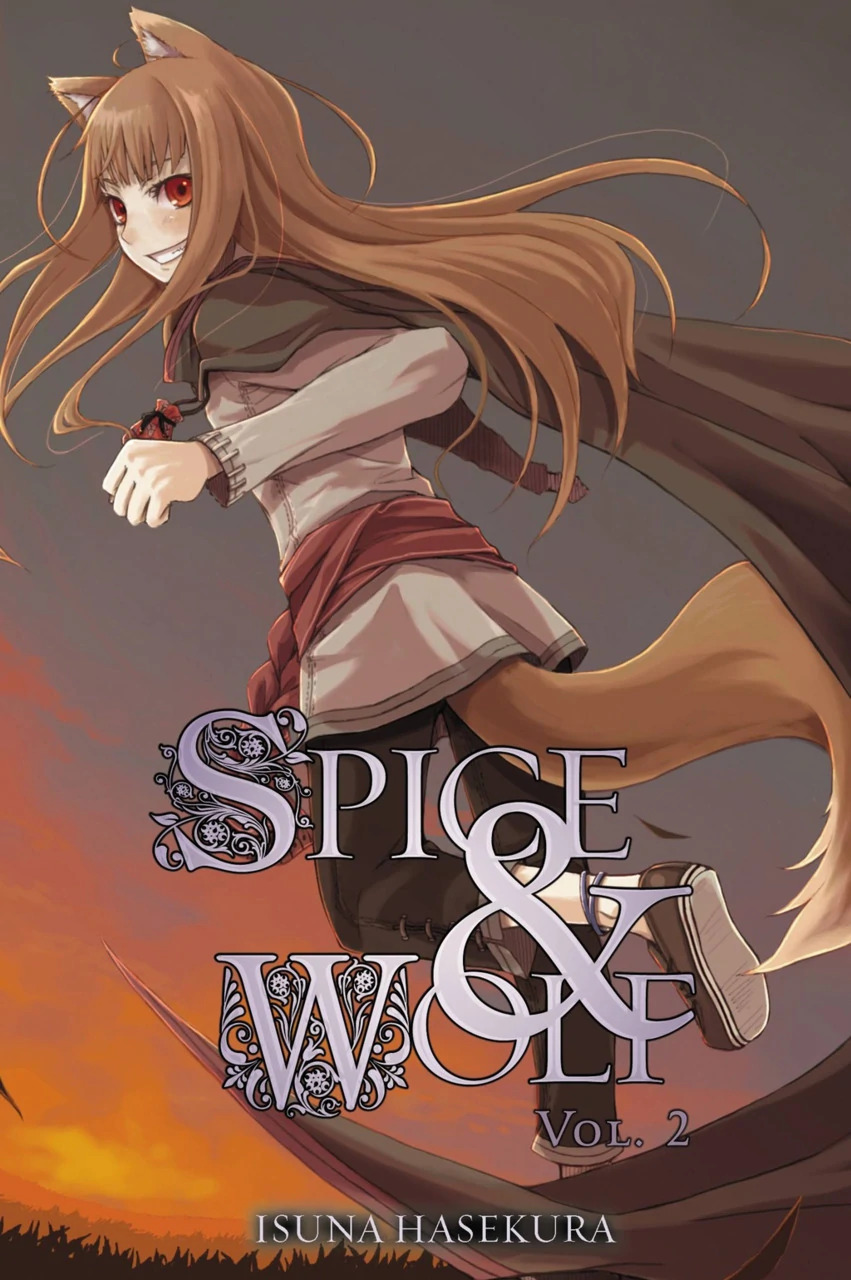 Surprise revealed alongside its first key visual by the series’ official Twitter account on February 25th, the upcoming Spice and Wolf series will reportedly serve as a brand new adaptation of the fantasy tale, relating the story of Kraft Lawrence and Holo from the very beginning.

As such, the series will, unsurprisingly, be unrelated to the two-season adaptation produced by animation studio Imagin in 2008.

In support of this announcement, the Dengeki Bunko imprint of Spice and Wolf publisher ASCII Media Works debuted a special promotional video on their YouTube channel which recounted the series’ history before concluding with confirmation that production on a new anime adaptation was underway.

RELATED: The Rising of the Shield Hero Season 2 Gets New Trailer, Key Visual

“In February 2006, the 12th Dengeki Novel Grand Prize ‘Silver Award’ winning work ‘Spice and Wolf’ was released,” wrote Dengeki Bunko in the promotional video’s YouTube description. “It became popular as an economic fantasy with no sword or magic, and in February 2021 it celebrated its 15th anniversary in the series.

“And this time, the production of a completely new animation of ‘Wolf and Spice’ has been decided!”, they continued. “With the support of our fans, the story of the wise wolf Holo and the merchant Lawrence continues.” 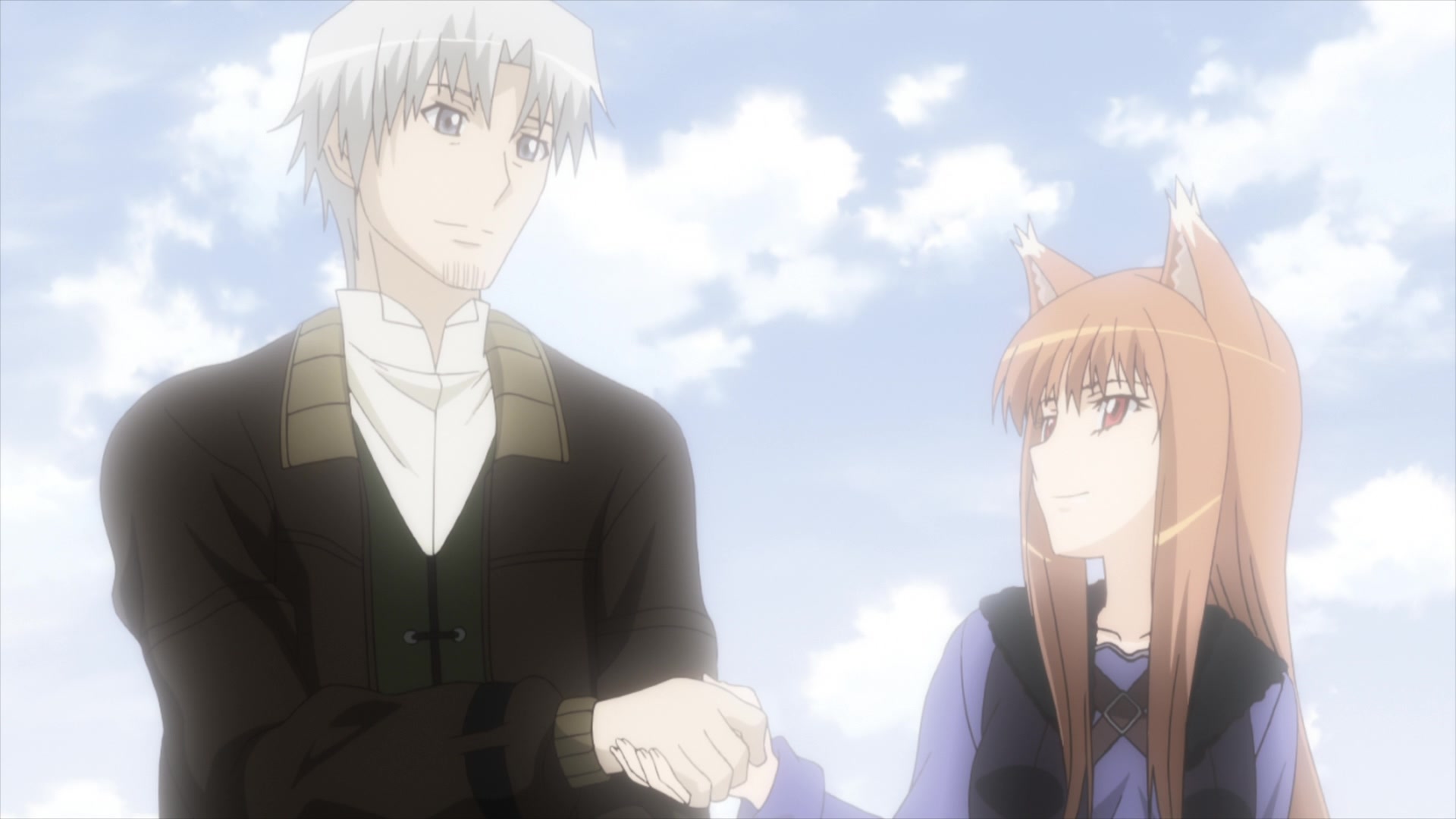 Written by Isuna Hasekura and illustrated by Jū Ayakura, Spice and Wolf follows the travels of the aforementioned Kraft Lawrence, a traveling merchant who dreams of one day opening up his own general goods shop.

However, after a short stopover in the town of Pasloe, Kraft discovers that a wolf-like harvest deity named Holo has taken up residence in his cart. 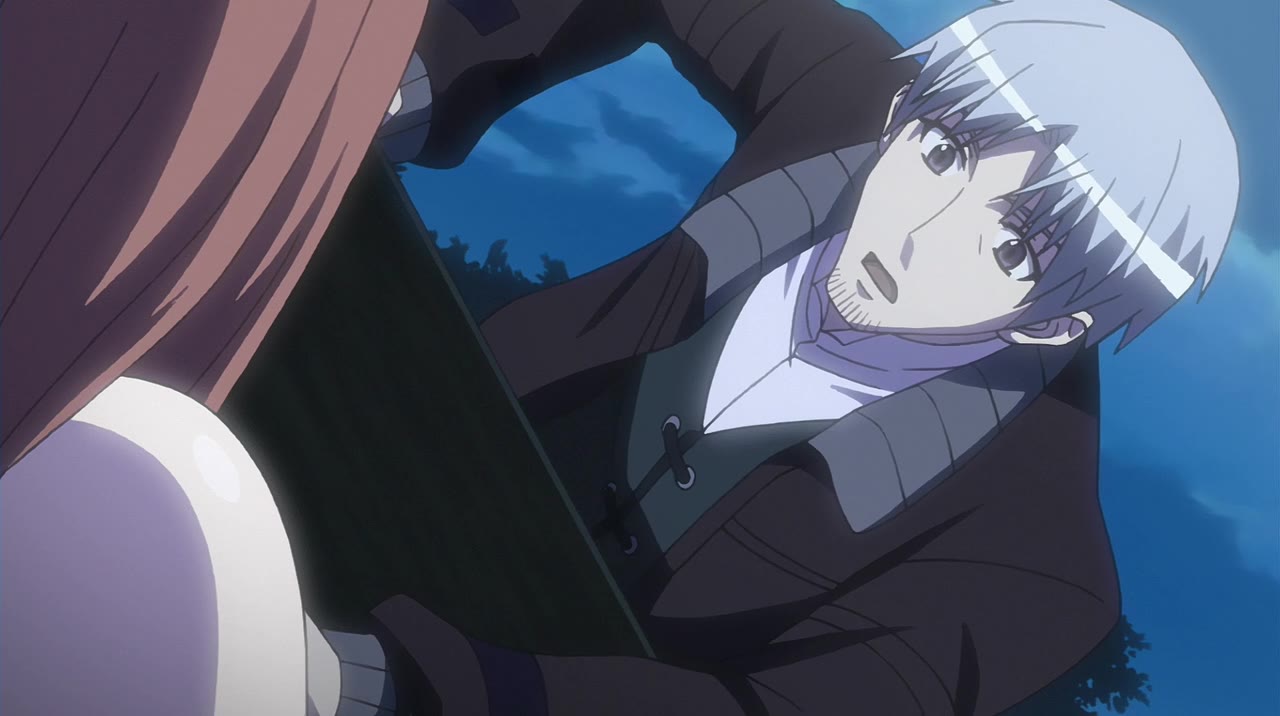 Taking the form of a teenage wolf-girl, Holo explains that ever since the local villagers have taken to finding their own ways to improve their harvests, she’s found herself with more and more time to herself.

With little tying her to the town and curious to see how the world has changed outside of Pasloe during her time there, Holo decides to join Kraft in his travels and explore the world for herself. 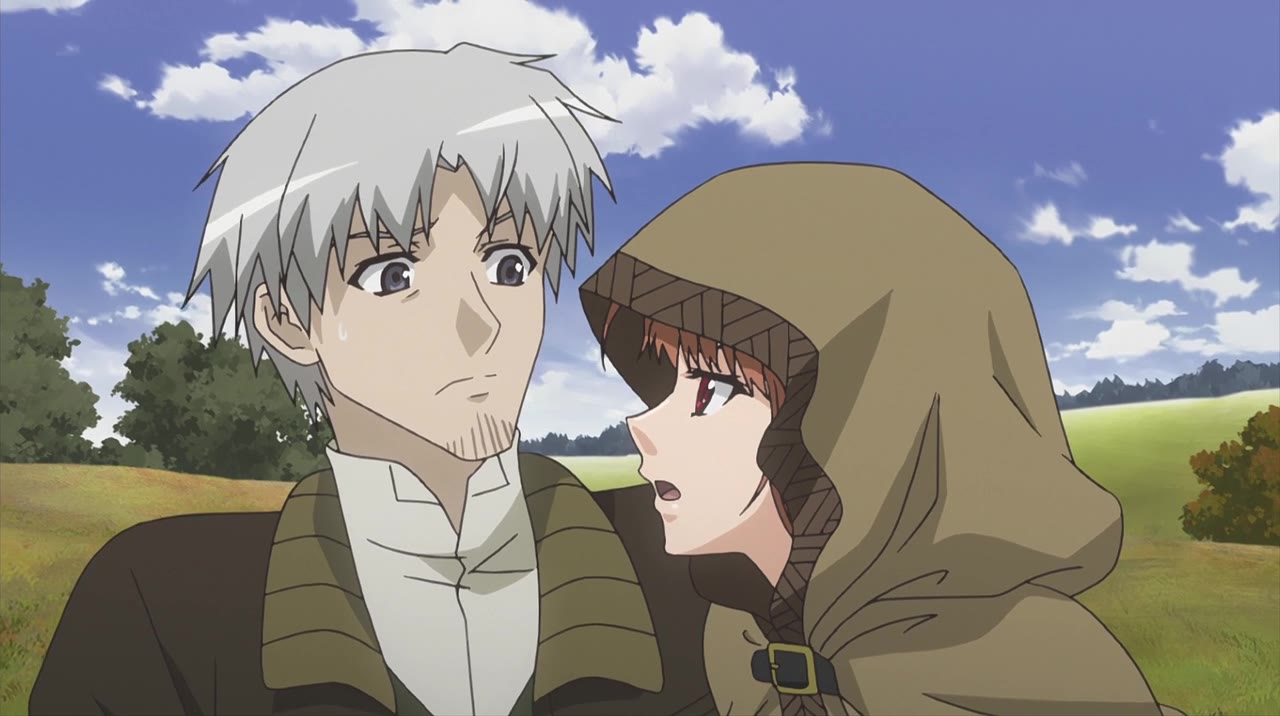 Though this synopsis may lead one to imagine that Spice and Wolf is nothing more than a standard fantasy series, the truth is quite the opposite.

Rather than focus on elements of sword and sorcery, as many fantasy series do, Spice and Wolf instead delves into other topics such as economics, theology, and the nature of passing time. 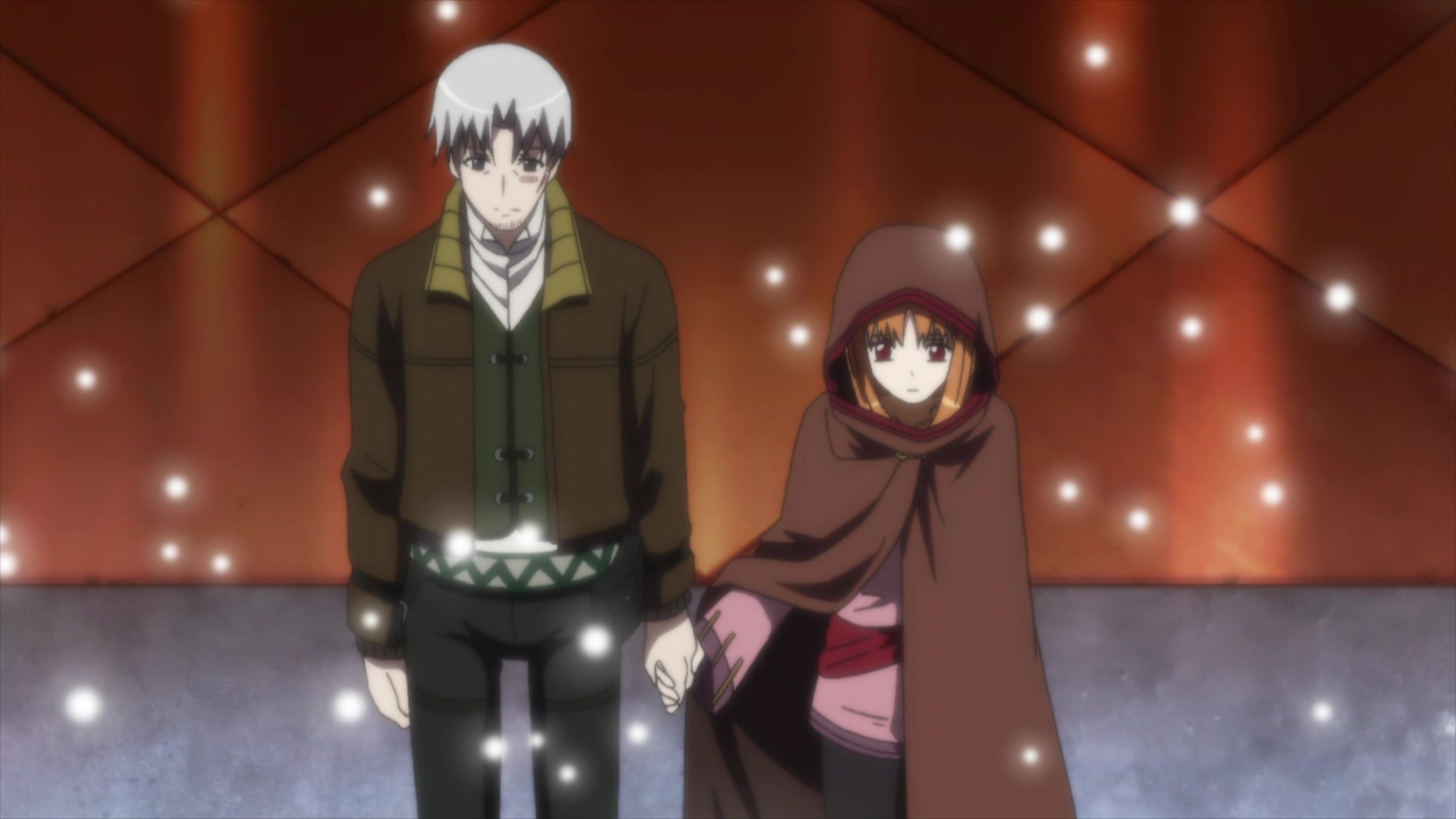 As an aside, it would also be a notable disservice to discuss Spice and Wolf in any capacity without bringing attention to the baffling, YA-market-pandering covers given by Yen Press to their initial 2009 English release of the series.

Featuring photorealistic interpretations of Ayakura’s original covers, these ashamed abominations were used by Yen Press in an attempt to make the series appealing to “more general audiences.” 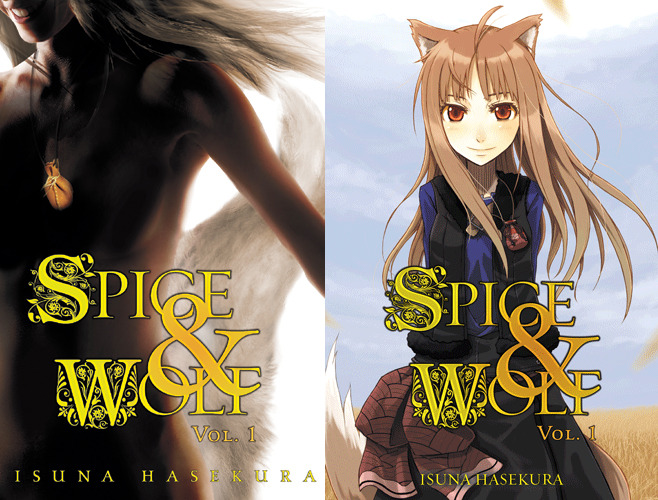 “Sure, there are some distinct challenges when it comes to positioning these books in our market, but ultimately there are a lot more readers of novels out there right now than there are readers of manga and comics,” wrote the publisher in explanation of their cover choices. “That’s a huge potential audience, and we really want to help our novels realize that potential. These are great stories, and we’re proud to be introducing them to whole new readership.”

Thankfully, the publisher has since reverted to using the original art for all releases of Spice and Wolf. 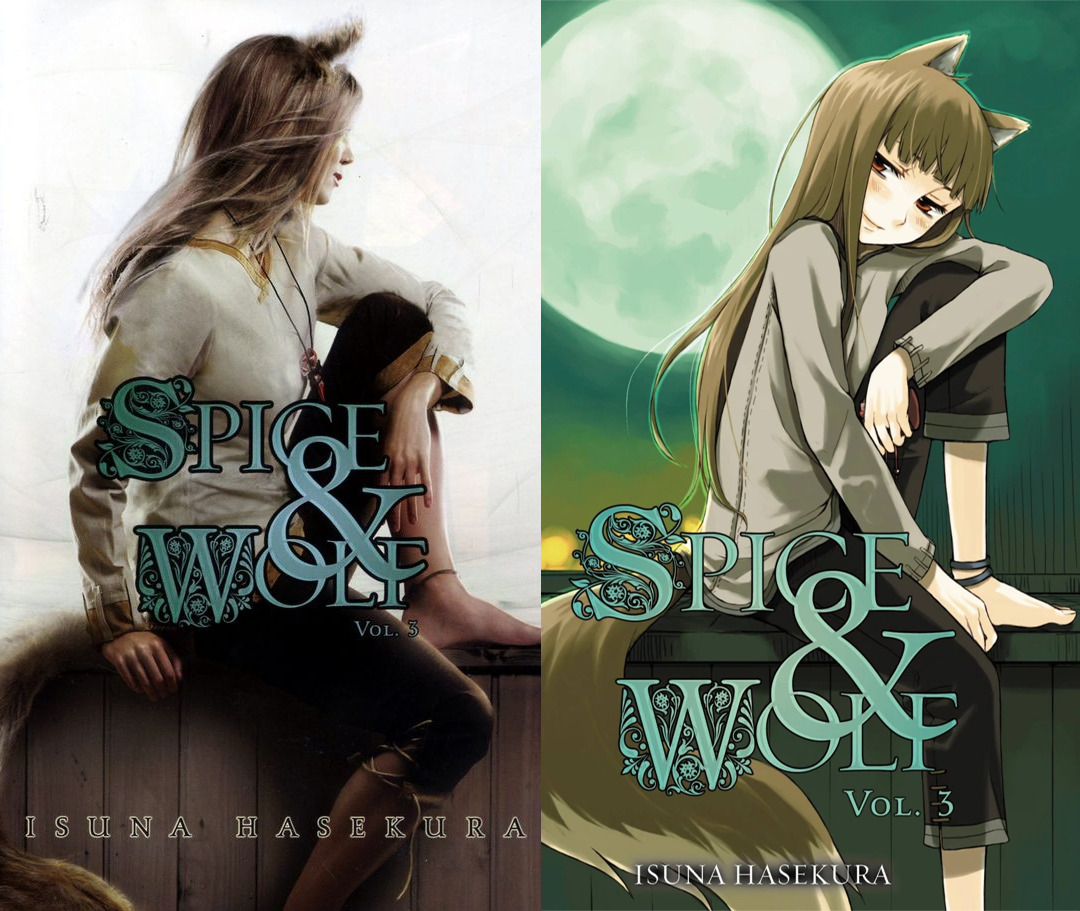 As of writing, details regarding the series’ cast, production studio, or release date have yet to be revealed.

Are you excited for a new Spice and Wolf anime series? Let us know your thoughts on social media or in the comments down below!