Actress Katy Stoll, known for her appearances on a number of YouTube shorts for Cracked and CollegeHumor, recently claimed that the Covid-19 vaccine has “significantly affected my menstruation.” 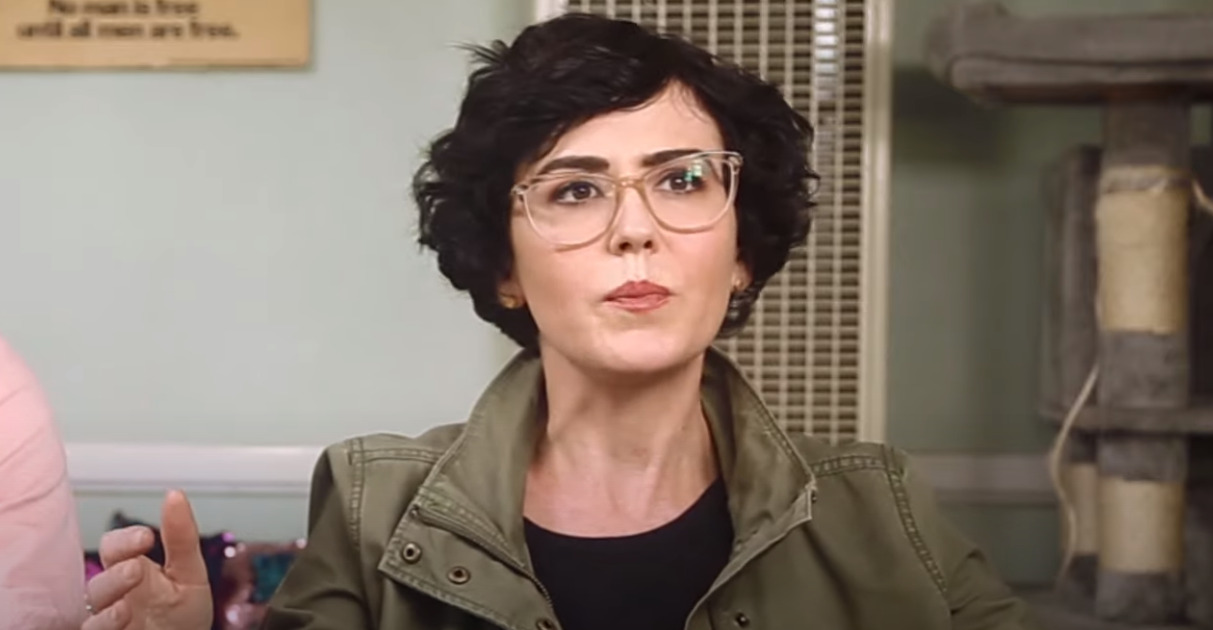 Stoll, who is currently the producer and co-host of the Some More News podcast, made her claim in a thread on Twitter that she began by writing, “Look. This isn’t intended to come across as antivax in anyway. I am triple protected and would do it again.” 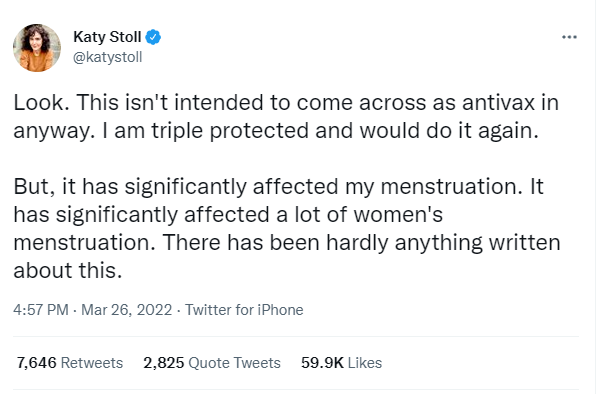 In a subsequent tweet she wrote, “The only thing I’ve seen about it said ‘yes, it seems the vaccine affects menstruation but it’s minor’ but I’m telling you- what I’m experiencing and what other people have shared with me is that this is not minor.”

She detailed, “Excruciating symptoms, and delayed periods of up to two weeks.” 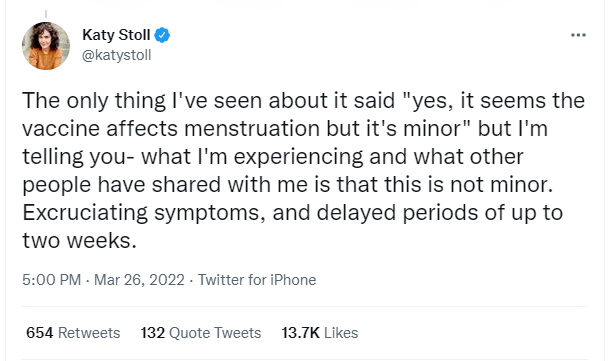 Next, she tweeted, “Again. I am grateful for the vaccine and would do it again. I do not worry about my fertility in anyway. But we can’t just ignore the reality of this simply because we don’t want to legitimize peoples fears.”

“I’m stunned and furious by the responses to this tweet. I have thousands of messages and DMs to go through. Some of your stories are heartbreaking,” she added. “So many people have been carrying valid fears but haven’t felt comfortable speaking up because it has all been so politicized.” 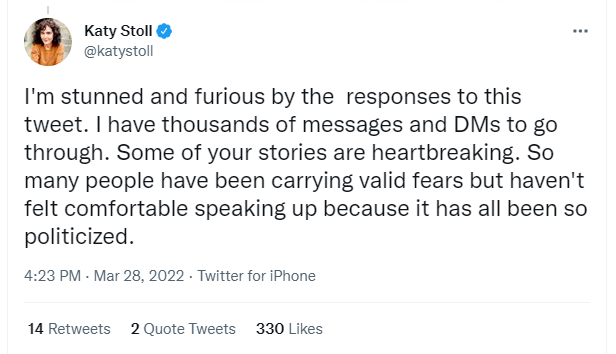 She concluded the thread writing, “Thank you for opening up and sharing with me. Your stories are important.”

Finally, she wrote, “One through line I’ll share is that so many of you just thought you were alone with this. You aren’t.” 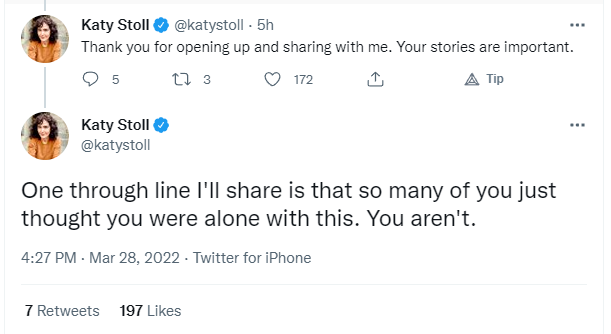 The National Institutes of Health revealed in January 2022 that “COVID-19 vaccines linked to small increase in menstrual cycle length.”

As part of their announcement, they detailed that “the team found that women who received a COVID-19 vaccine had an average increase in cycle length of nearly one day for each dose.”

“Among women who received a two-dose vaccine, the first dose was associated with a 0.71-day increase in cycle length and the second dose with a 0.91-day increase. After adjustment for age, race and ethnicity, BMI, education, and other factors, the change in cycle length was still less than one day for each dose,” they stated.

Ultimately, they concluded, “The longer menstrual cycles after vaccination decreased in subsequent cycles, suggesting they are likely temporary. The researchers did not find any effect of COVID-19 vaccination on the number of menstrual bleeding days.” 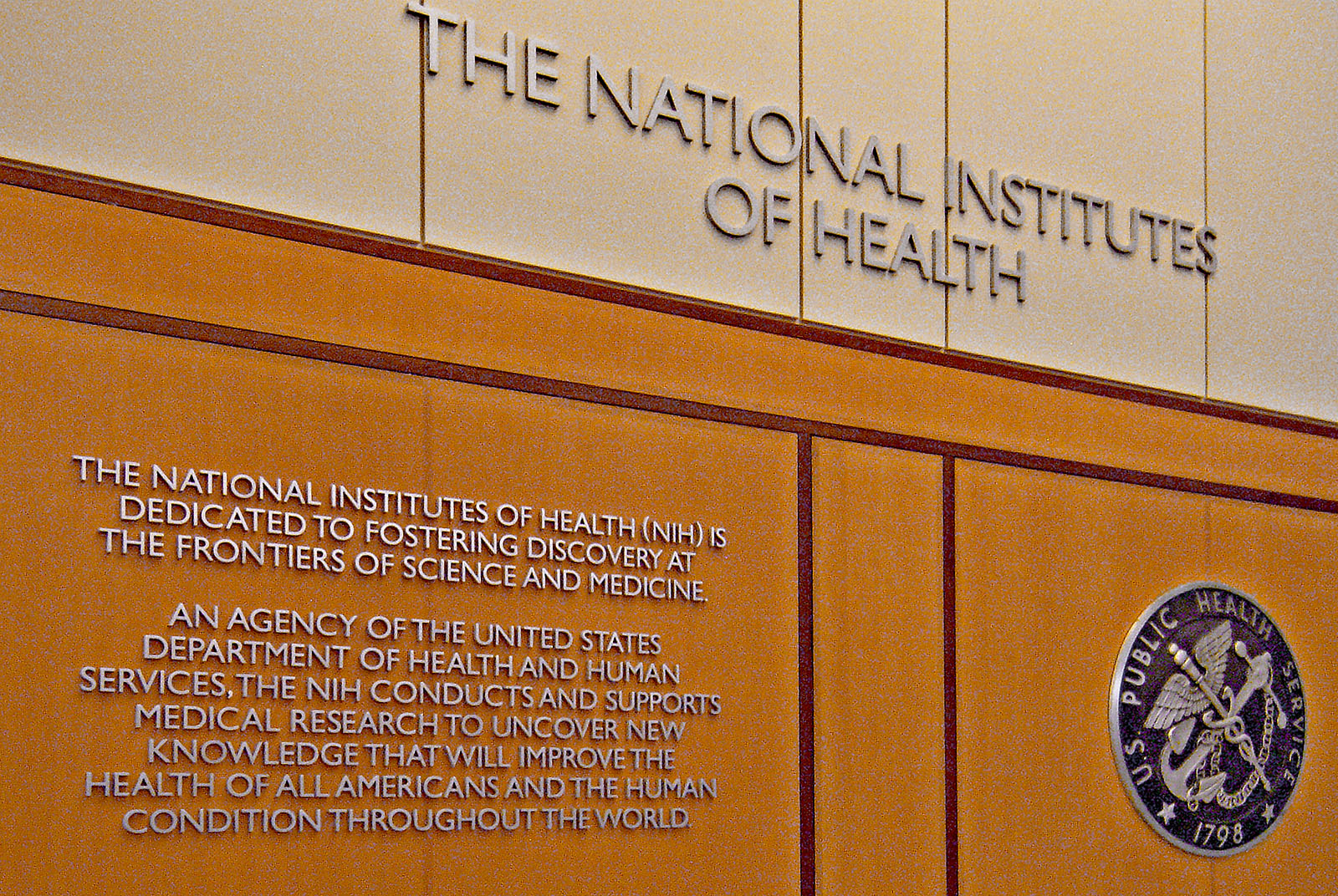 “It is reassuring that the study found only a small, temporary menstrual change in women,” says NICHD Director Dr. Diana Bianchi.

She added, “These results provide, for the first time, an opportunity to counsel women about what to expect from COVID-19 vaccination so they can plan accordingly.” 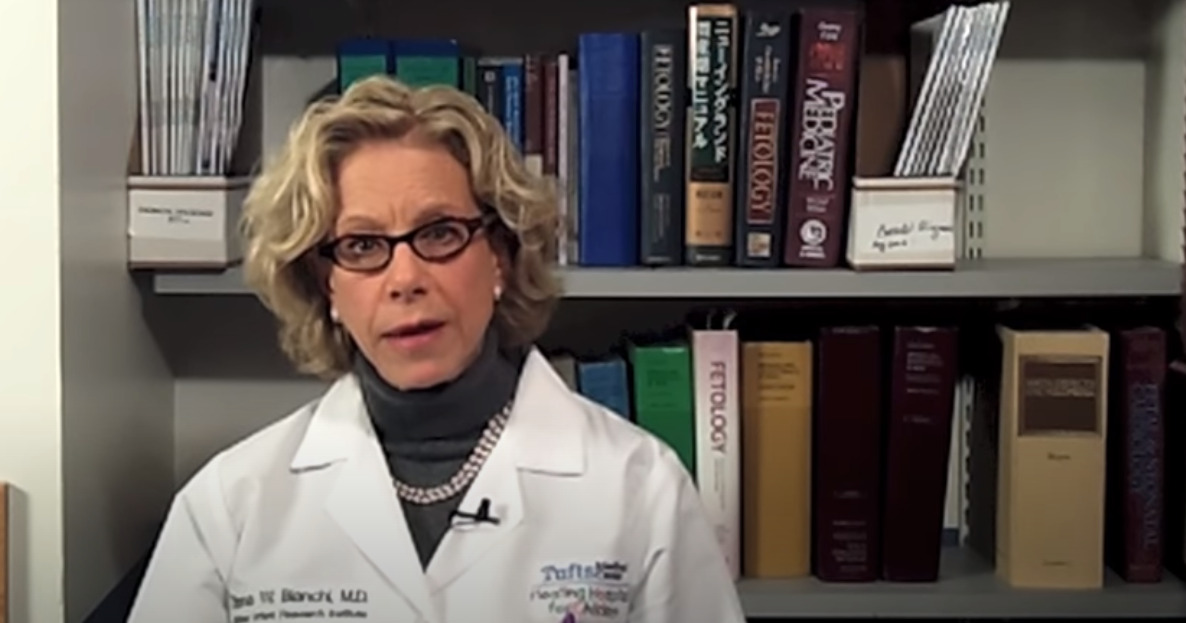 What do you make of Stoll’s claims regarding the Covid-10 vaccine affecting her menstruation and causing “excruciating symptoms?”

NEXT: Gina Carano Cancelled Film Over Hollywood’s Strict COVID-19 Vaccine And Mask Mandates: “I Don’t Believe Anybody Gets To Make Your Medical Choices For You”