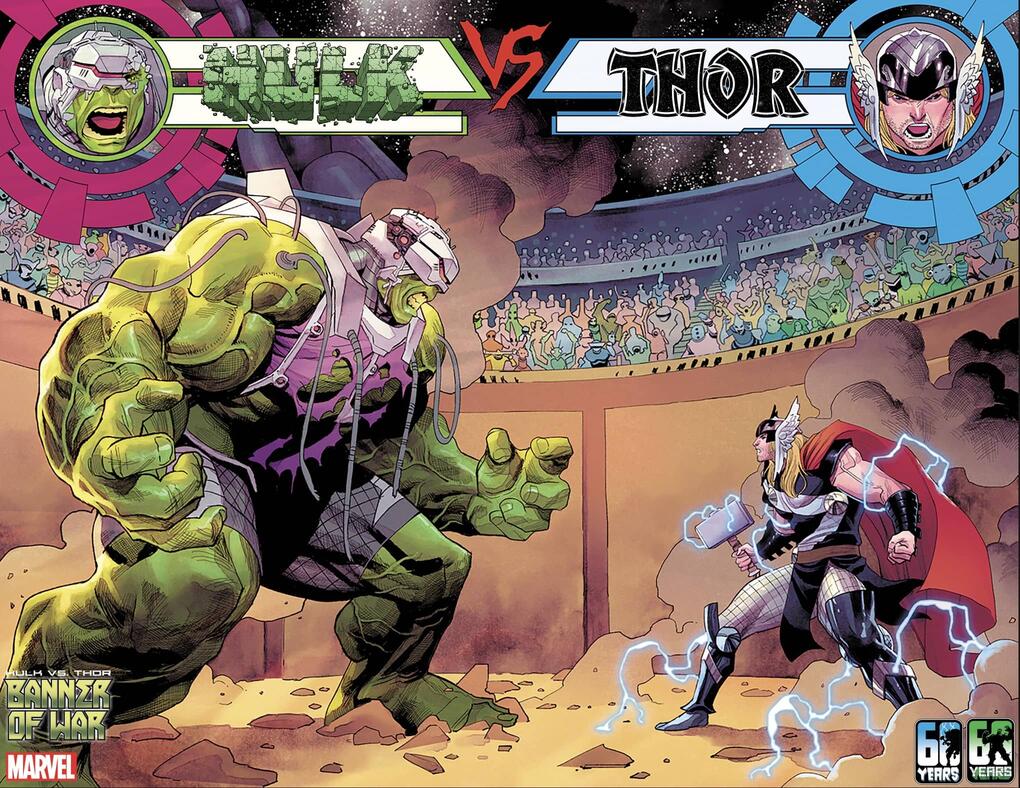 Grevioux, who also recently wrote Bass Reeves: West of Hell and has a story in Graham Nolan’s upcoming Giant-Size Two-Fisted Manly Tales, reacted to the relatively recent announcement of the upcoming Hulk vs Thor crossover series.

The series was announced back in December and is expected to arrive on comic book shelves later this month in Hulk vs. Thor: Banner of War Alpha #1 before continuing in the pages of Hulk and Thor in May and June for a total of five issues. 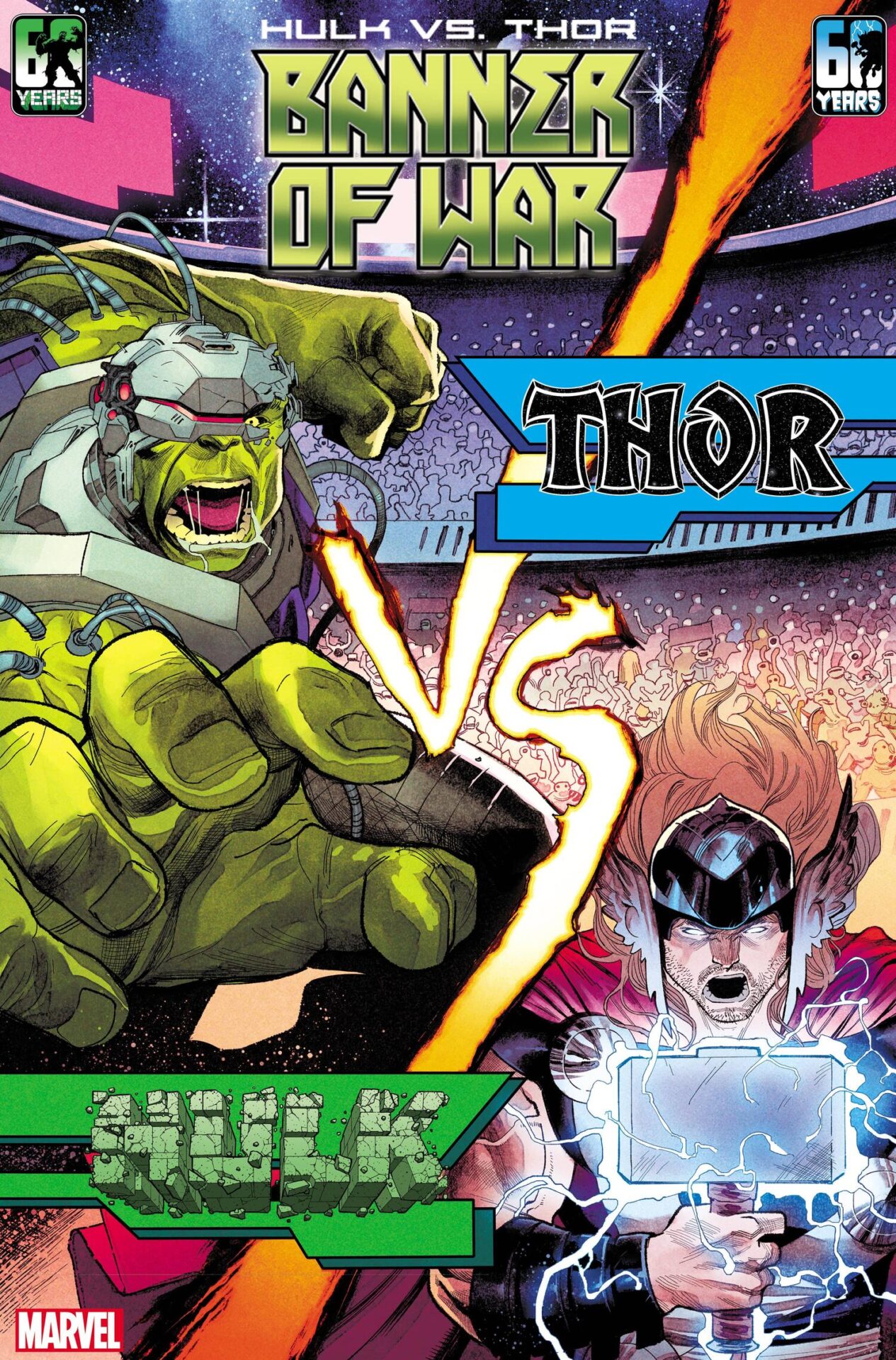 The crossover series is being penned by Donny Cates with art by Martin Coccolo and main covers by Gary Frank. When first announcing the series Marvel detailed the series will will see Hulk and Thor brought in conflict once again due to “mysterious circumstances” following the events of the “God of Hammers” arc in Thor and the opening arc of Hulk.

Cates commented at the time, “Well, I was a little surprised that Marvel approached me to write this, if I’m being honest. I’m mostly known for writing very small, very quiet, intimate comics, so I had to—ha!! Sorry. Couldn’t keep that up. Yeah, this is gonna be bonkers as hell, guys.”

He added, “We’re going to break EVERYTHING! Happy birthday, Hulk and Thor! Hope you enjoy MASSIVE AMOUNTS OF VIOLENCE!” 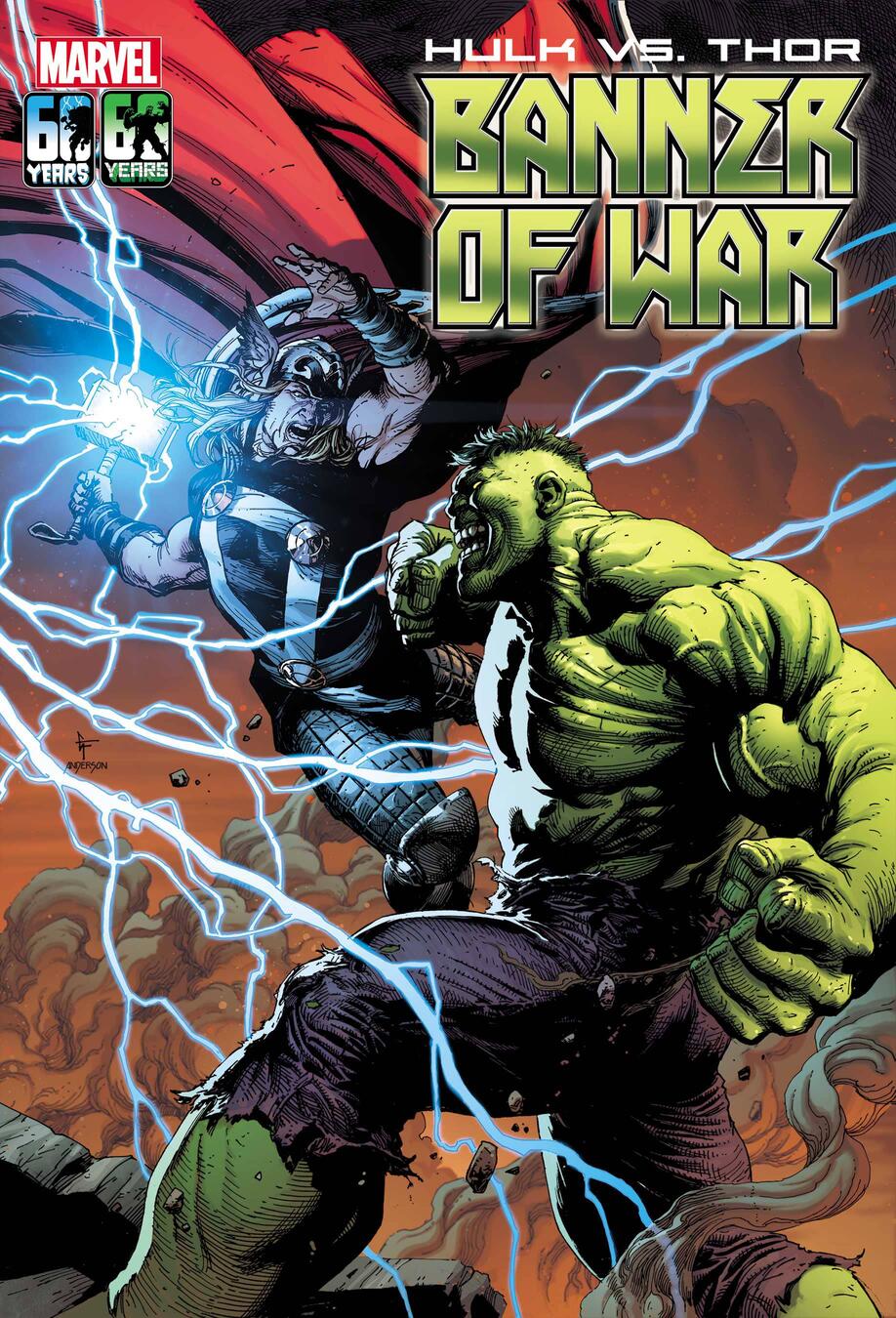 Coccolo would provide his own comments, “Where do I even start? I get to celebrate Hulk and Thor’s 60th anniversaries, which is already amazing and a dream come true, but I get to do it with an insane script by the great Donny Cates AND the support of an incredible group of editors? That’s just ridiculous!”

He added, “I’m absolutely honored by this opportunity and I’ve been giving it my 100%. Hopefully readers will agree. I can only say to all the fans out there to strap yourselves ’cause this is going to be a wild ride!” 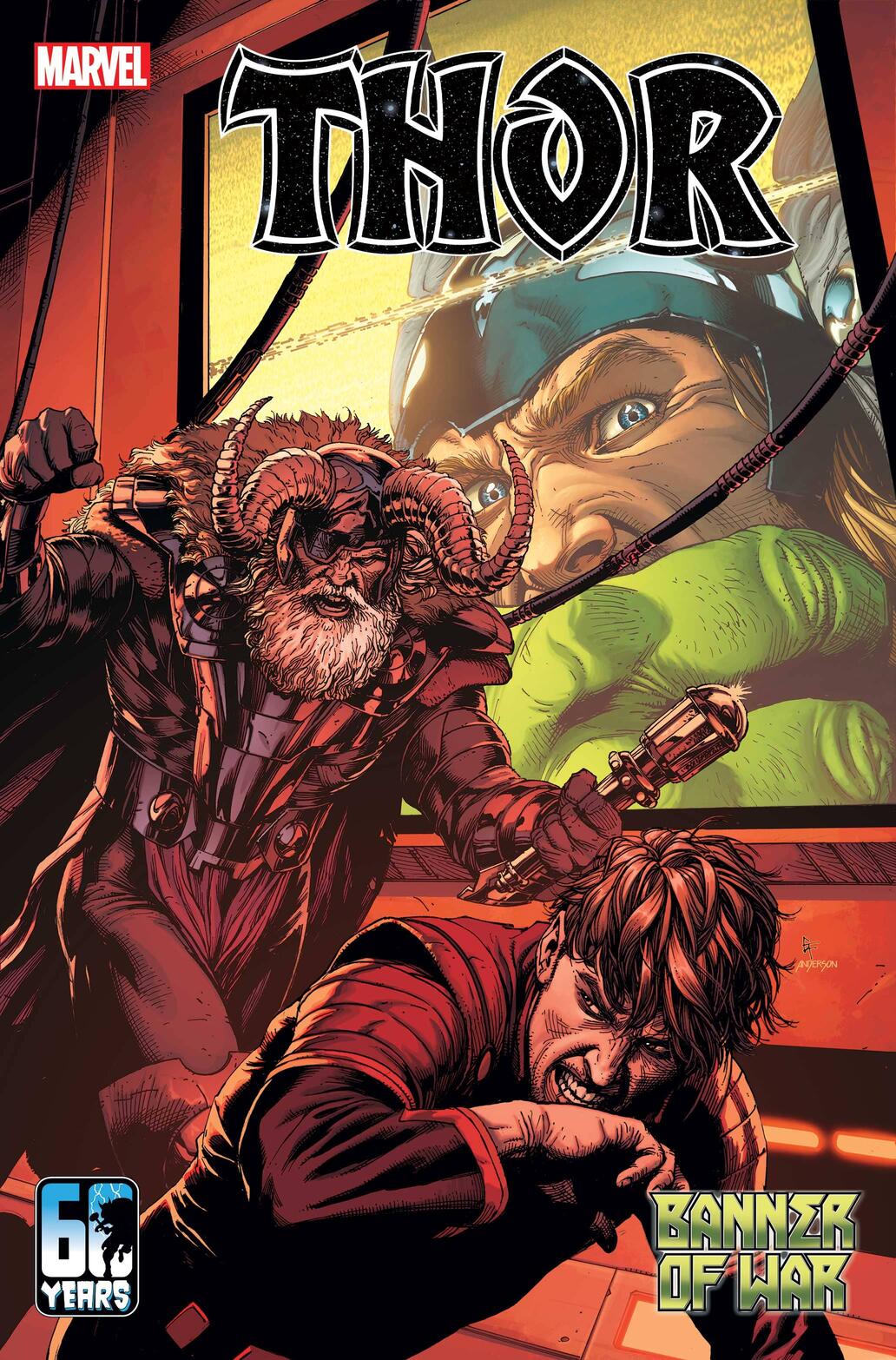 More details would be provided about the crossover in February. Specifically, Marvel revealed that in Thor #25 the second issue of the crossover series will see Banner prolonging the fight against Thor due to his “newfound control of his rage.” The issue will also see “Odin’s breakthrough look in Banner’s psyche” slowing the violence.

Then in Hulk #7, Iron Man will apparently interrupt the conflict to settle his own score. He arrives in his newly created “Celestial Hulkbuster” armor and sets out to ensure Thor’s victory and capture Hulk. 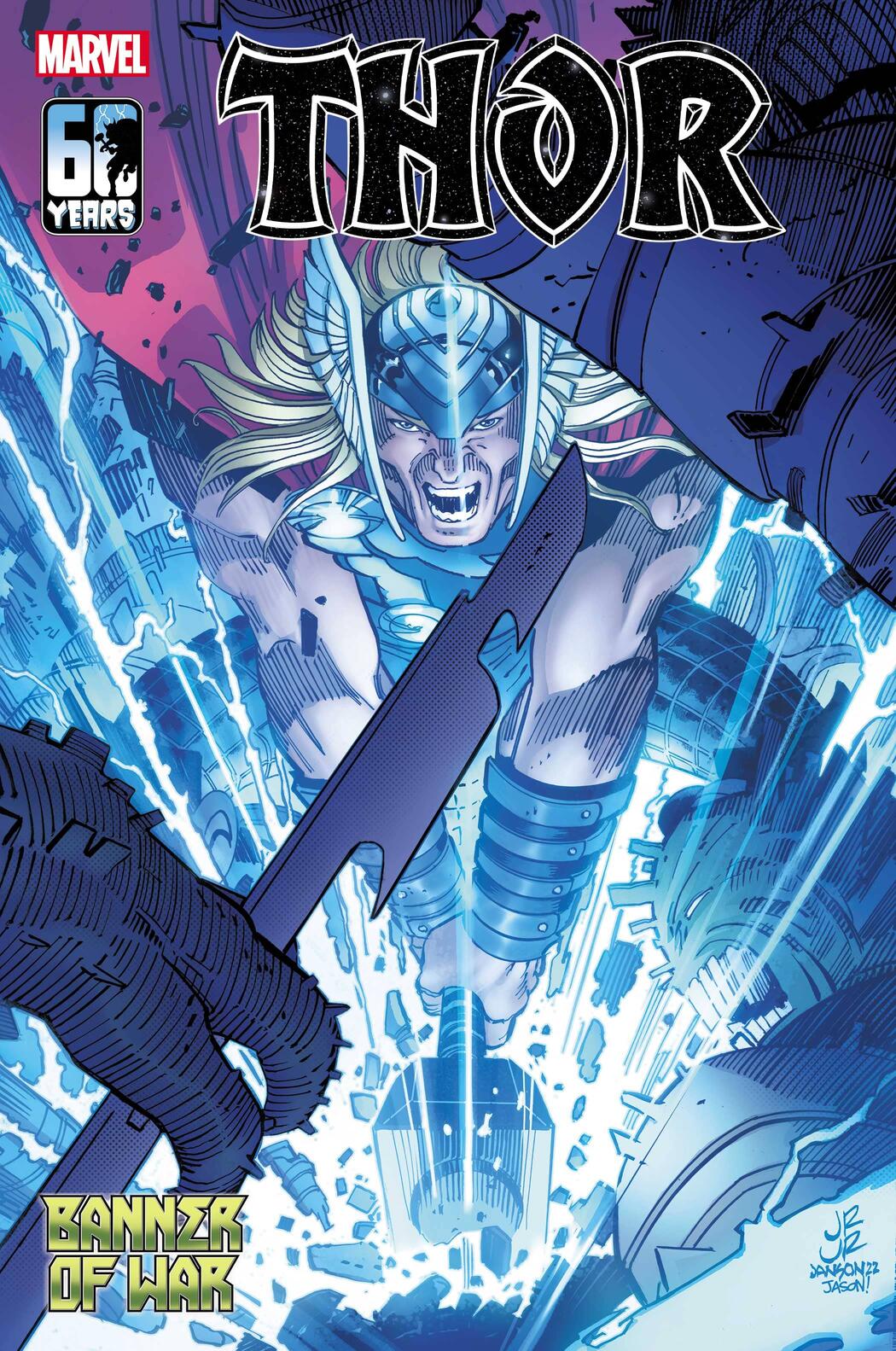 Grevioux reacted to this new series on his Facebook writing, “KEVIN’S UNPOPULAR OPINION: He might’ve gotten in some good blows in the past but I don’t think Thor will EVER win a significant one-on-one un-enhanced battle again.”

He elaborated, “I can’t even remember the last time he won a cool battle. I think his last one was with Iron Man, who’s not even supposed to have a chance against Thor. And in that battle, Thor had the Odin-power.” 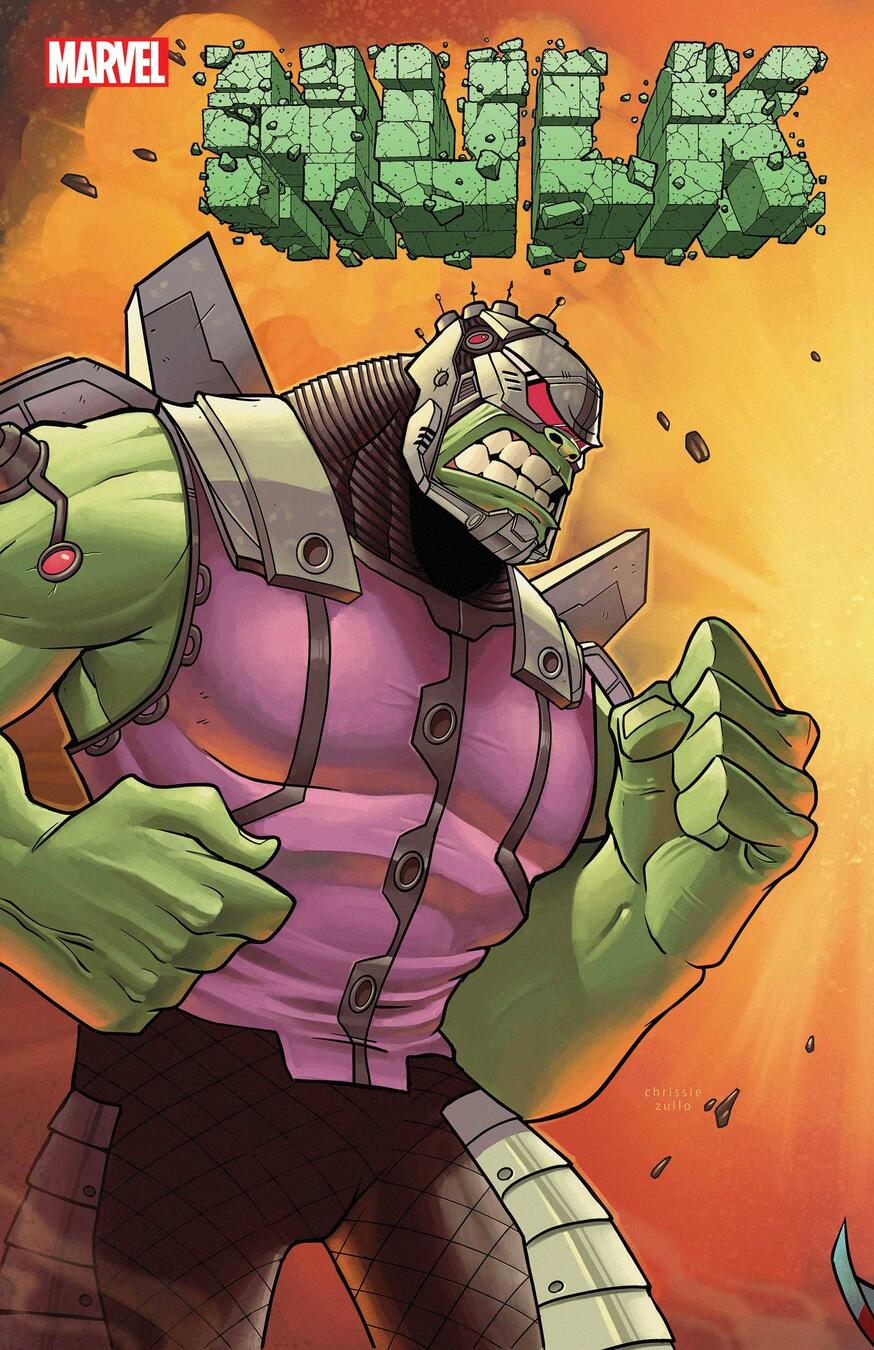 The I, Lycan creator then asserted, “I think he’s become Marvel’s litmus whipping boy, and is no longer a real factor in battle.”

“This upcoming Hulk vs Thor battle is touted as a “fight of the century”, but he’s going to LOSE. His reign as a powerful character to be feared is OVER,” Grevioux declared. “Care to wager?” 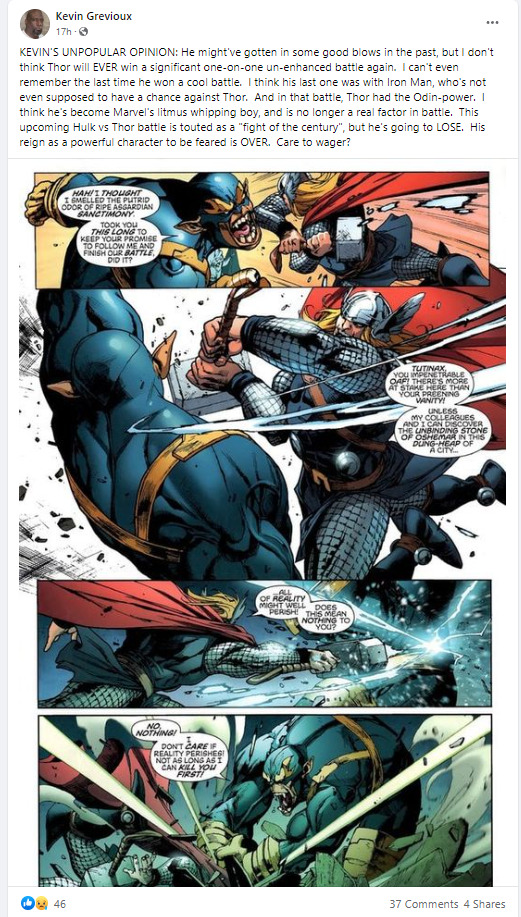 Grevioux would provide further commentary responding to a number of people in the comments. To one user Grevioux wrote, “But he’s been treated like a PUNK. Seriously.” 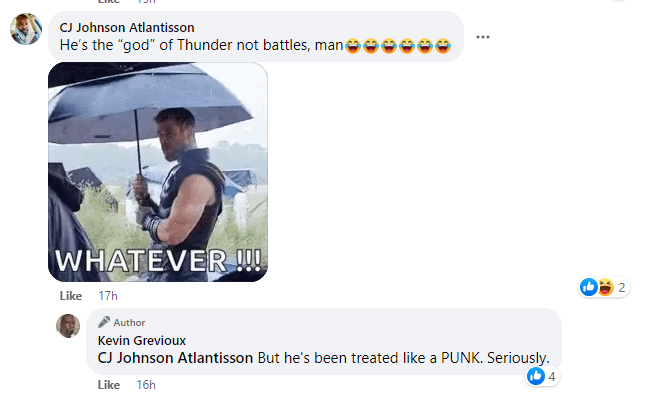 In response to the idea of weakening characters’ powersets in order to create drama for storytelling Grevioux replied, “But I’m saying that in no longer than ust the past decade he almost NEVER wins to cool fight.”

He added, “I think the last one was in the last storyline with the godbutcher before the Jane Foster Thor took over the book. She won battles with Thor’s power that he could never even come closes to winning.”

To another who asserted that Thor is now a joke, Grevioux agreed writing, “That’s what Marvel wanted.”

What do you make of Grevioux’s assertions about Thor and his prediction that Thor will lose this battle against Hulk?