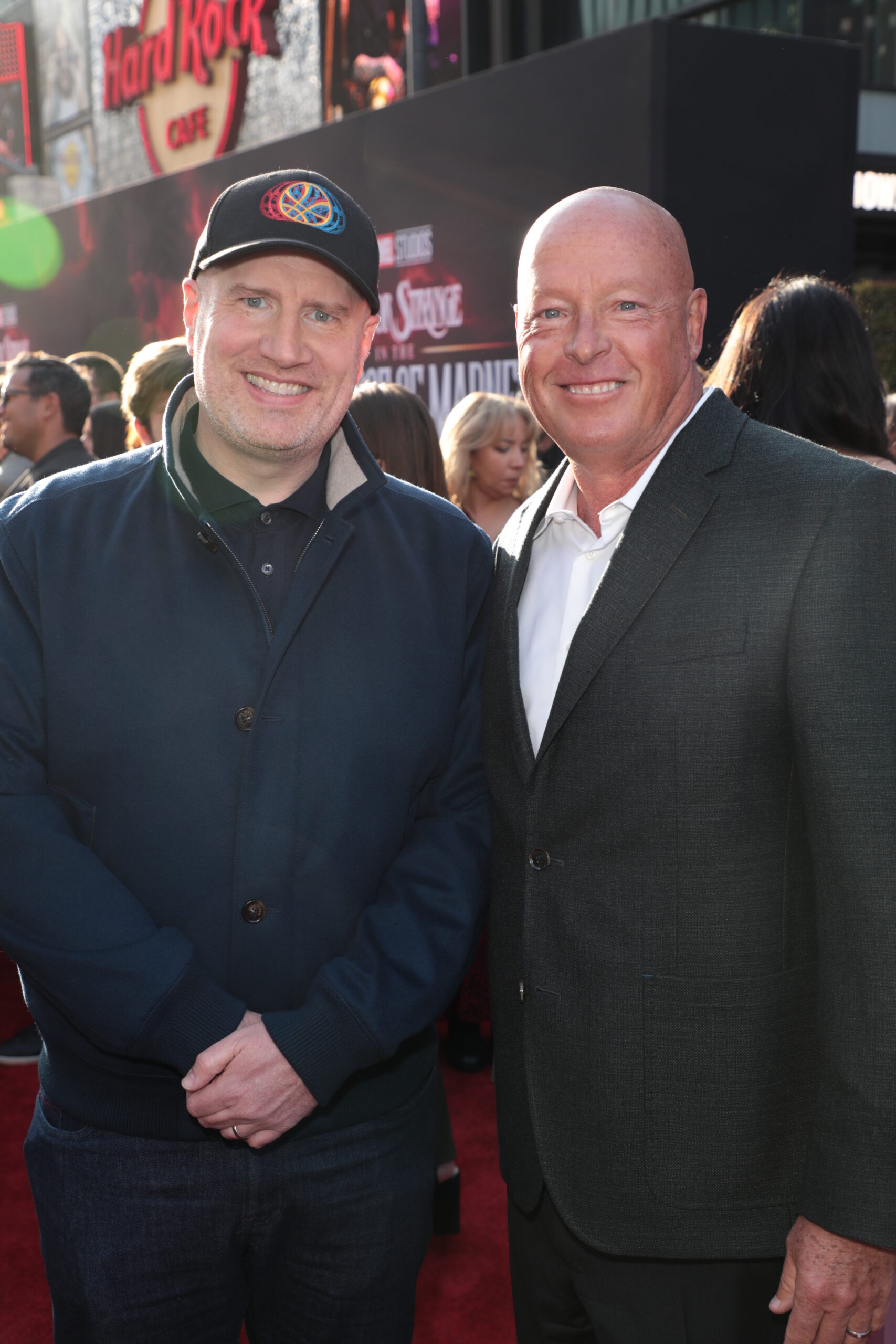 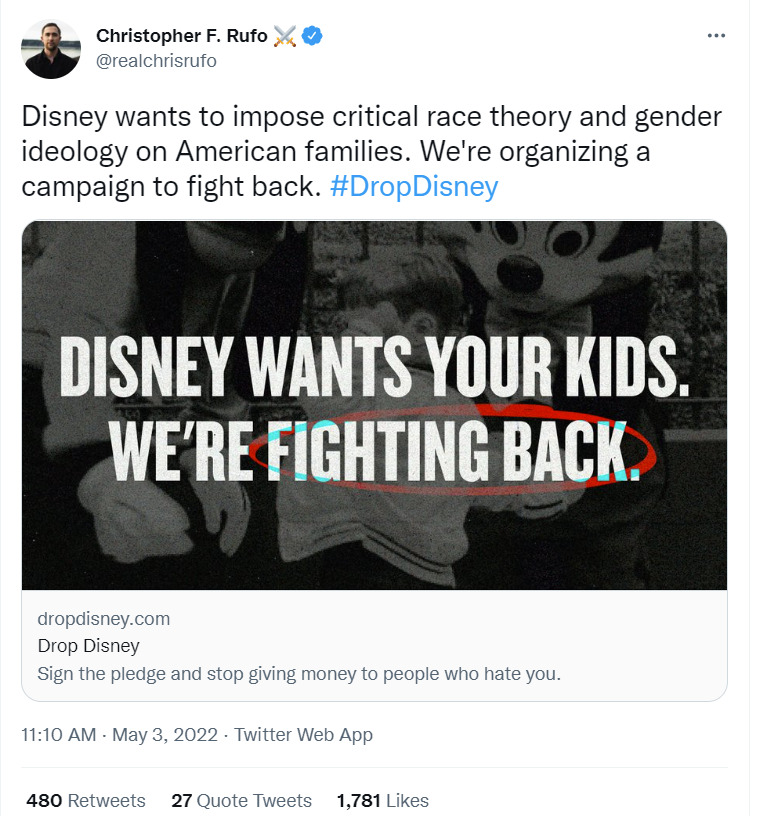 He went on to explain the campaign, “We’re launching a paid digital ad campaign targeting conservative Disney+ subscribers, with the goal of persuading them to cancel the service.”

“It’s a high-leverage strategy: even small slowdown in the rate of subscriber growth can have a major impact on the stock price,” he detailed. 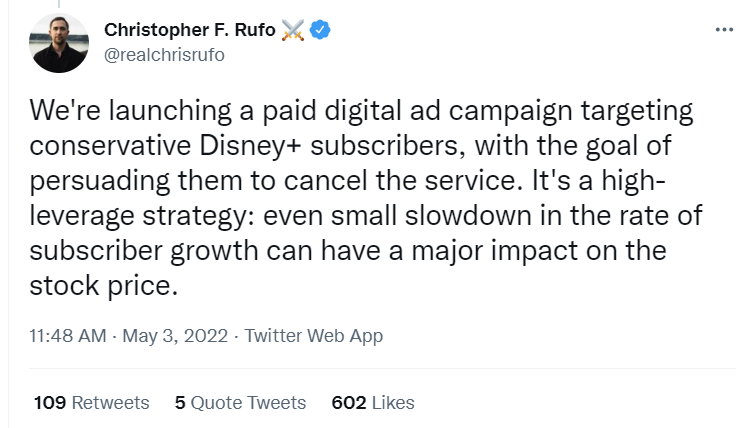 He continued his thread, “The company is already in turmoil: the stock price has plummeted since the scandal, rumors are flying that the CEO is in jeopardy, and executives across the country are scared to become ‘the next Walt Disney Co.’

“We’re going to press the advantage,” he declared. 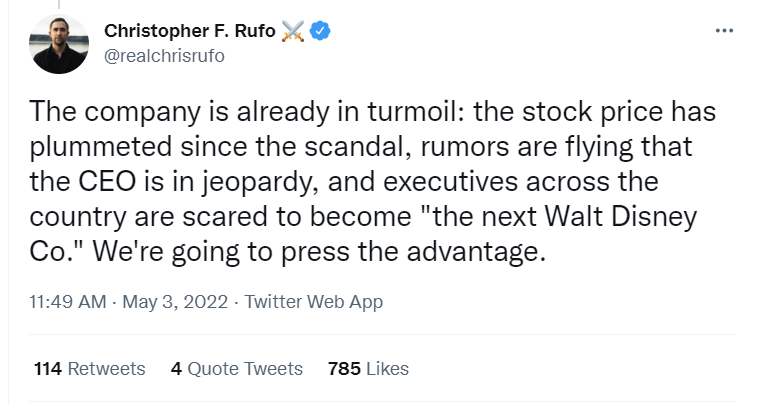 He concluded the thread writing, “Conservatives need to develop a strategy for containing woke corporations. We have to apply countervailing pressure and make executives understand that there’s a price for pushing critical race theory and gender ideology onto employees and customers.” 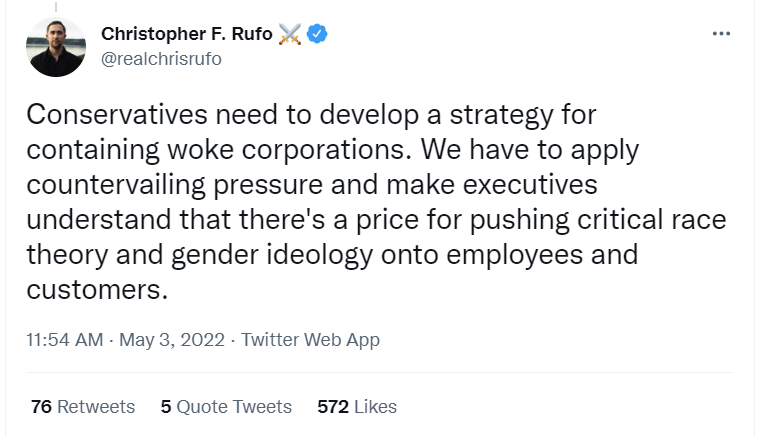 On the actual website, it encourages individuals to sign a pledge indicating they will be dropping Disney and there are even guides to instruct individuals to cancel their Disney+ subscriptions.

From there, the site shows Rufo’s work on exposing Disney’s Reimagine Tomorrow campaign as a front for indoctrinating not only Disney employees, but their targeted audiences with racist rhetoric.

It also exposes Rufo’s more recent work that exposed the company of having a “not-so-secret gay agenda” and actively using the company’s benefits packages to pay for employees to physically maim themselves through “transition” operations. These “benefits” also extended to employees’ children. Meaning Disney is paying to have young children mutilated in the name of gender ideology.

More recently Rufo claims the company is also using their benefits package to murder children through the abomination of abortion. He wrote on Twitter, “Disney—the world’s largest children’s entertainment company—has adopted a benefits program that will subsidize out-of-state abortions for employees and support sex change operations for their minor children.” 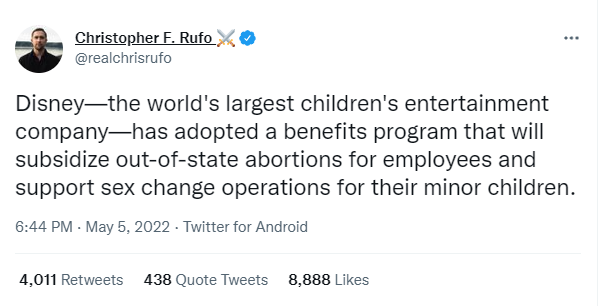 Rufo believes his tactics in exposing Disney’s “not-so-secret gay agenda” and their mutilation practices as part of their opposition to Florida’s Parental Rights in Education bill that prevents teaching on gender ideology and sexual orientation to students in kindergarten through third grade is already having an effect.

Rufo took to Twitter where he shared a screenshot of a CNBC headline that reads, “Major companies, including Disney and Walmart, keep largely silent as leaked Supreme Court abortion draft sparks outrage.”

He commented writing, “The game has changed: executives saw what we did to Disney and have changed their risk calculations. The pushback against woke capital is starting to deliver results.” 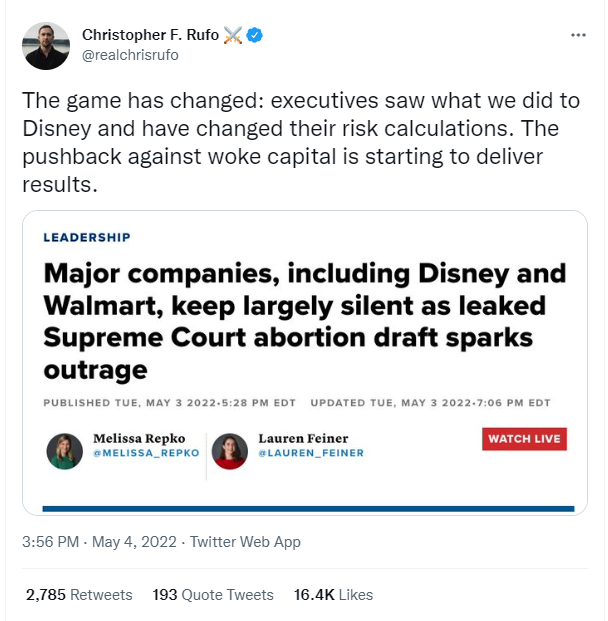 “Gov. Ron DeSantis gave a masterclass on this strategy with Disney and the Fortune 100 is listening,” he said. 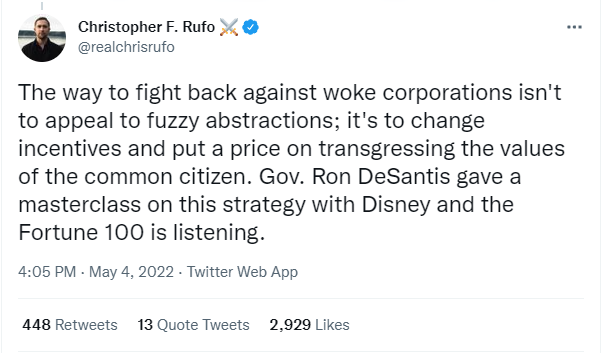 Rufo then asserted, “Conservatives can easily change minds in the C-Suite: we need to exert enough pressure to give executives permission to tell internal stakeholders ‘we can’t risk the reputational and political damage to do X woke policy.'”

“They aren’t ideologues; we need to give them a way out,” he stated. 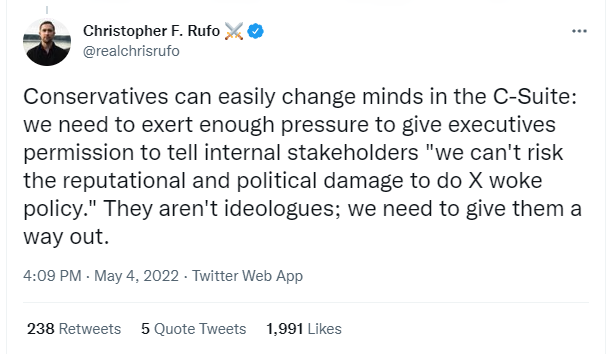 He added, “In the coming weeks, some companies will issue statements on Roe v. Wade. But they will be much more cautious than before and many companies will avoid the issue altogether. 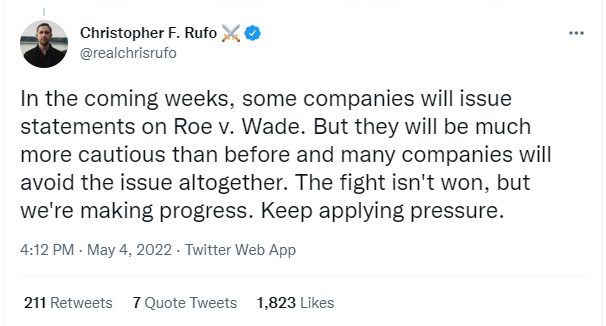 Rufo would also respond to a thread from Judd Legum discussing his recent article on Popular Info that claims a giant PR firm is advising their corporate clients to remain mum on the debate regarding the right to life that was recently set ablaze in the media following the circulation of a draft majority opinion by Supreme Court Justice Alito that declares Roe v. Wade will be overturned.

Legum details on Twitter, “A massive PR firm that represents high-profile corporations like Coca-Cola, Netflix, and Starbucks is privately advising its clients to avoid commenting on abortion rights, according to an internal email.” 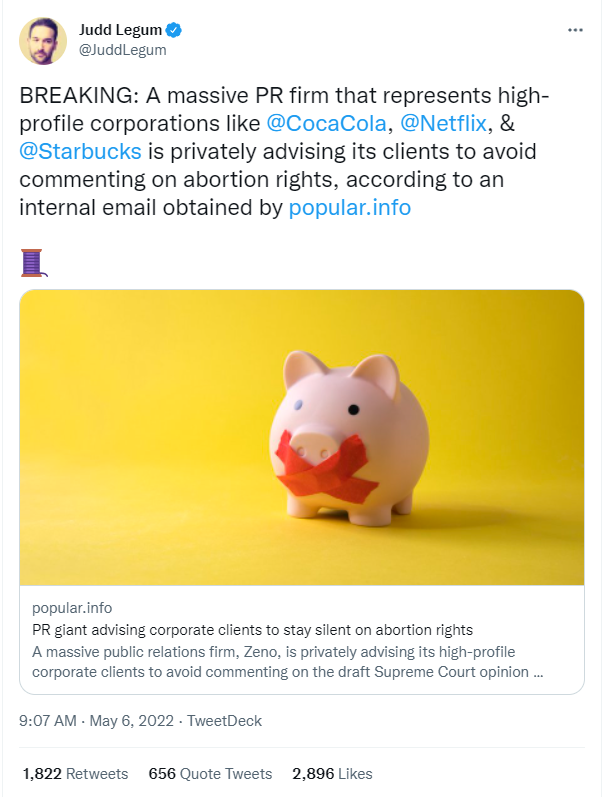 The PR firm, identified as the Zeno Group, is purportedly advising clients to “not take a stance you cannot reverse, especially when the decision is not final. This topic is a textbook “50/50″ issue. Subjects that divide the country can sometimes be no-win situations for companies because regardless of what they do they will alienate at least 15 to 30 percent of their stakeholders.”

It warns, “Do not assume that all of your employees, customers or investors share your view.”

Rufo responded to Legum tweeting, “The conservative war against woke corporations is starting to change risk calculations and shift corporate behavior. Keep the pressure on.” 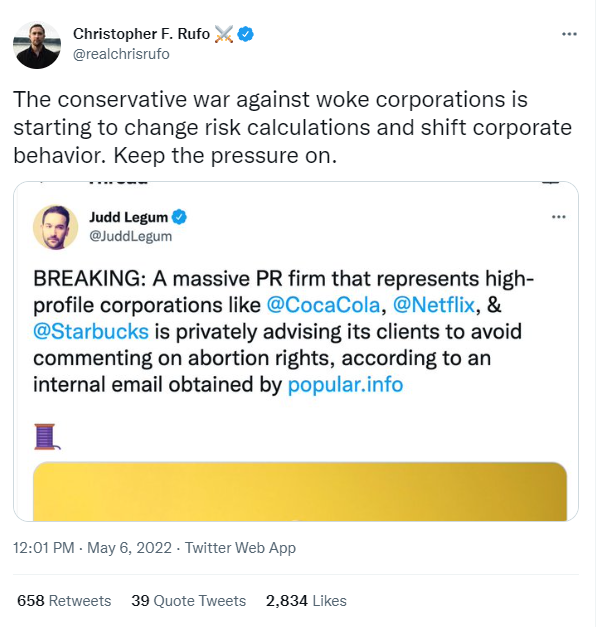 Disney’s stock price has been on a downward trend all of 2022. It began the year at $156.76 and it’s down to $110.22.  As you can see below, the price plummeted in the middle of April as Disney promoted its barbaric policies, its not-so-secret gay agenda, and came out in favor of grooming small children. 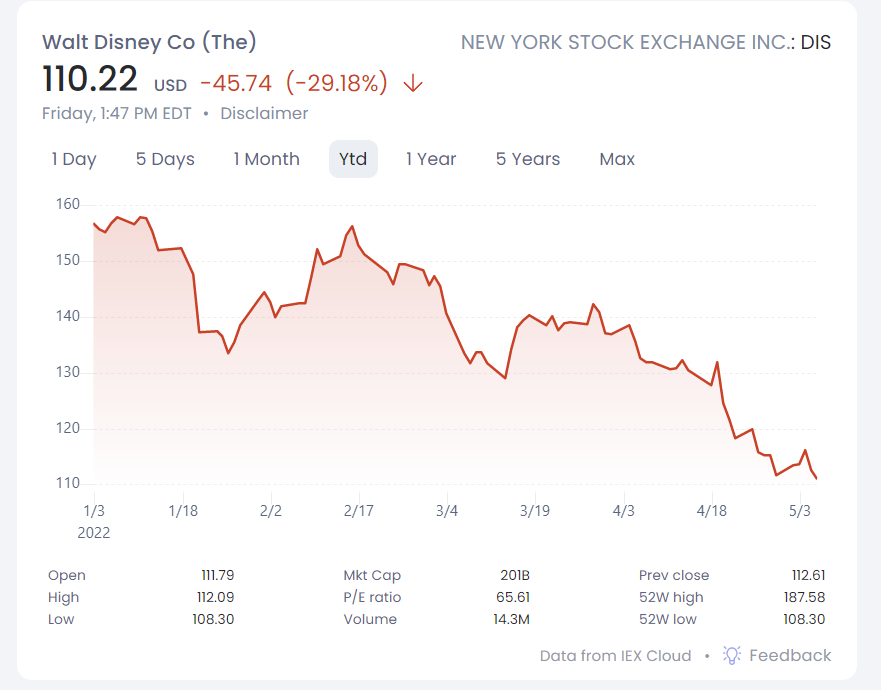 What do you make of Rufo’s plan to target Disney? Do you think it is already having an effect?