In the opinion of veteran voice actor Rob Paulsen, the question of ‘What is a Woman?’ is nothing more than an “anti-LGBTQ+ talking point”. 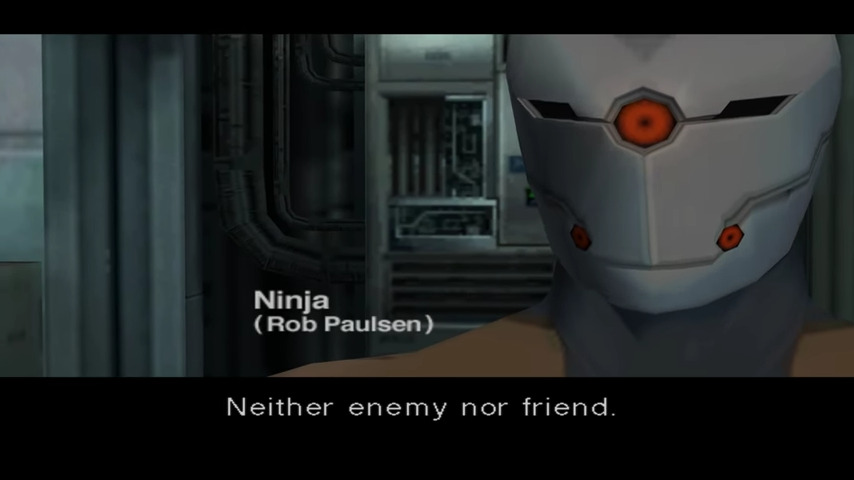 Paulsen, whose iconic roles include Yakko Warner in Animaniacs, Raphael in the original 1987 Teenage Mutant Ninja Turtles cartoon (as well as Donatello in the 2012 series), and Gray Fox in the Metal Gear Solid: The Twin Snakes, shared his opinion on the topic during a discussion of the recent repeal of Roe v. Wade by the U.S. Supreme Court.

“As one of the vast majority of Americans who did not hold that Roe should be overturned, I am heartsick for the women in my life who’re utterly devastated by yesterday’s grievous SCOTUS decision,” tweeted Paulsen on June 25th. “I fear the ‘separation of church and state’ is no longer so separate. VOTE.”

Soon after its publication, Paulsen’s tweet caught the attention of Twitter user @Sideways_Circle, who took issue with the actor’s framing that those who supported the decision did so solely on religious grounds.

“You must not be familiar with @secularprolife,” he wrote. “It’s not strictly a religious issue.”

“I never Tweeted nor inferred that it was ‘strictly a religious issue,’” replied Paulsen. “I’m about choice, irrespective of one’s religiosity or lack thereof.”

Confused by the voice actor’s response, @Sideways_Circle inquired, “Then why did you say you ‘fear the ‘separation of church and state’ is no longer so separate’?”

“C’mon, Ed, read it,” implored Paulsen. “I FEAR it is no longer so separate. I couldn’t care less about anyone’s religious choices. ‘Congress shall make no law respecting an establishment of religion, or prohibiting the free exercise thereof.’ I FEAR the line’s getting blurry vis-a-vis Roe. Opinion.” 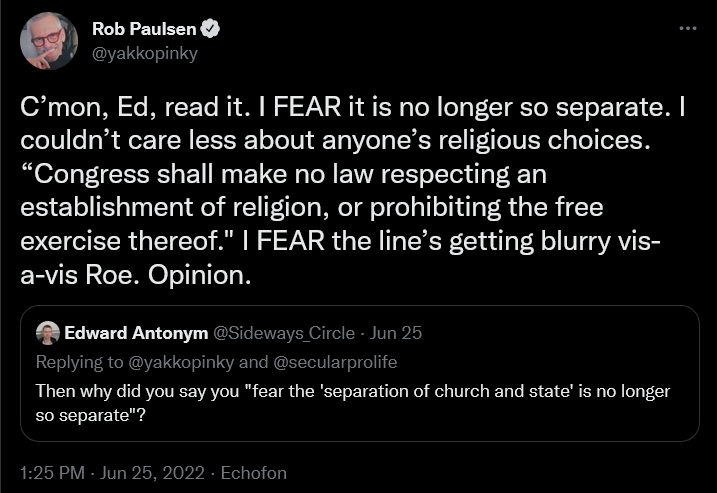 “But Congress didn’t pass a law/amendment regarding abortion,” @Sideways_Circle pushed back, “and there are nonreligious people like the group I mentioned who have been fighting against Roe.”

RELATED: ‘What Is A Woman?’ Review – The Documentary Of Our Age

To this, Paulsen acknowledged “I know, Ed,” before arguing that “the Due Process Clause of the Fourteenth Amendment to the United States Constitution provides a fundamental ‘right to privacy’, which protects a pregnant woman’s right to an abortion. I hold that, after 50 years, it should stay, as Gorsuch said, ‘The law of the land.’” 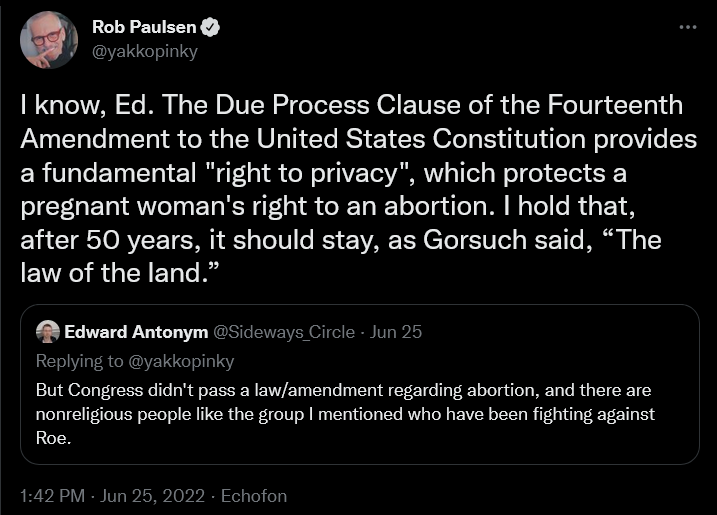 “‘The law of the land’ can be changed and has multiple times in our history,” countered @Sideways_Circle. “Whether the law/legal ruling is right is a different question.”

Eventually, their conversation was joined by fellow Twitter user @CubeSteve, who sarcastically asserted to @Sideways_Cricle, “So you think women aren’t people. Got it.”

Retweeting his question, Paulsen ultimately dismissed, “Ed, I have neither the time nor interest for your regurgitation of anti-LGBTQ+ talking points. Please unfollow me.” 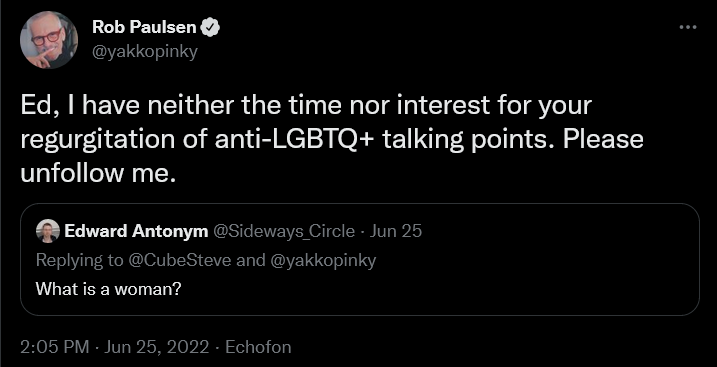 What do you make of Paulsen’s above interaction? Let us know your thoughts on social media or in the comments down below!

NEXT: 10 Fantastic Pro-Life Movies You Can Watch Right Now