One of the most powerful tools an intellectual property can have is to crossover with another. It allows the opportunity to tell stories that otherwise would never have existed. It’s also a fun way to draw in audiences from two different titles, and universes.

It’s especially easy to do in comics where the production costs are relatively low. Of course, these crossovers always have the chance of running afoul if the story and characters don’t make sense, but in the comics’ landscape, DC has been doing a much better job than Marvel at launching successful crossovers. 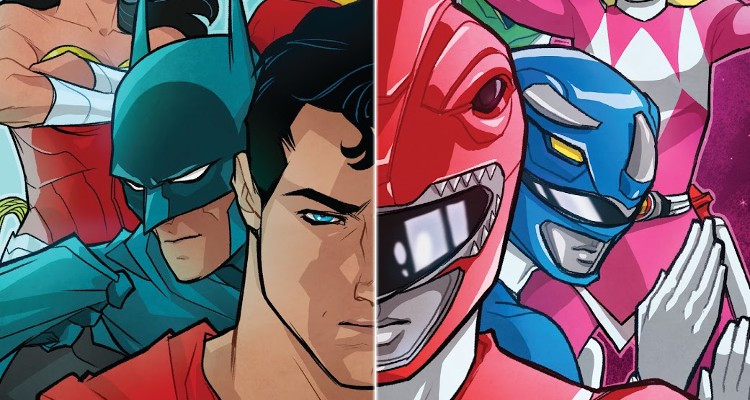 To be perfectly honest, the Power Rangers/Ninja Turtles crossover is a lot more fun, but that doesn’t mean seeing the Rangers meet up with the Justice League didn’t have its moments. The Rangers are well known for having a Morphing grid, but it malfunctions, bringing them and their droids to Gotham City. It was nice to see two teams of heroes that otherwise wouldn’t meet end up interacting and working together to stop their respective villains.

All in all, the story played out like a standard crossover – villains meet and work together just like the heroes meet and work together. The plot pretty much played out the way anyone would expect, but not everything has to be some big, grand spectacle. Sometimes comics can just be a cool story that fans wouldn’t be able to see everywhere else, which is exactly what this crossover accomplishes. 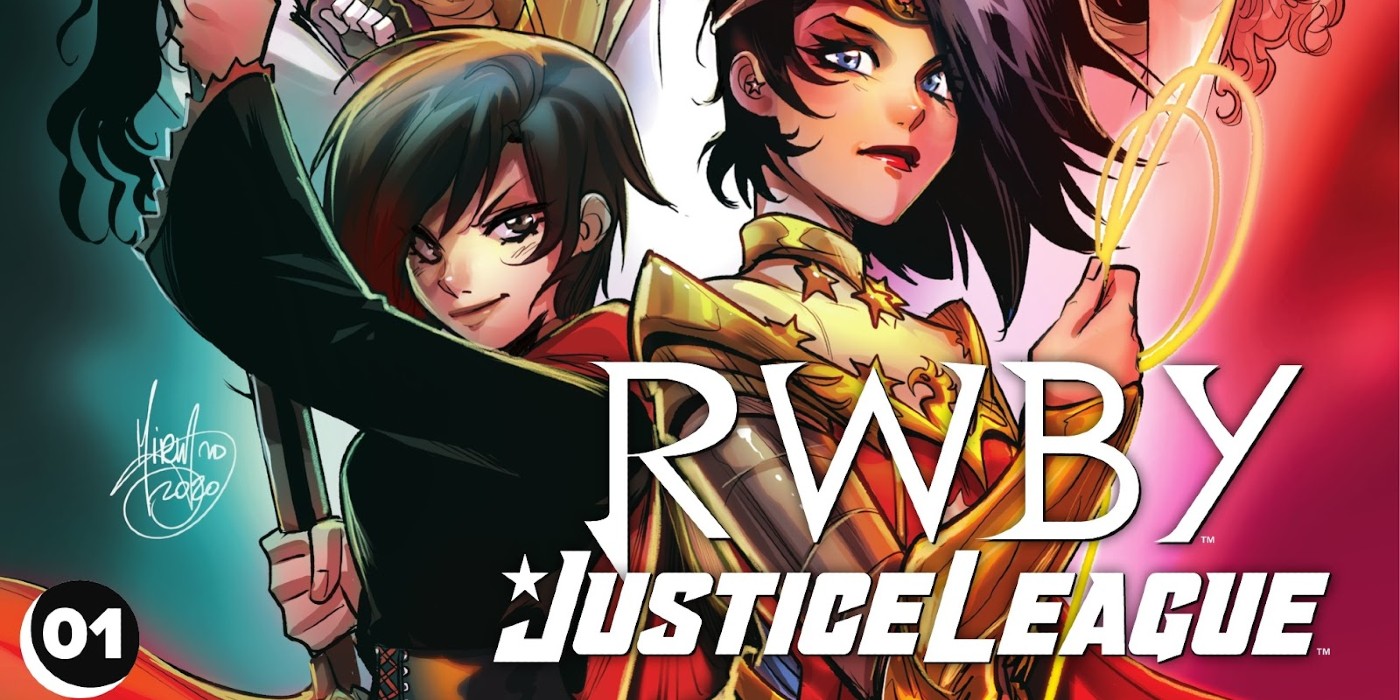 This was an interesting crossover for a number of reasons. First off, RWBY is not a typical franchise as it comes from Rooster Teeth, a company that started out making video game movies. The animation series was popular enough to actually get a Justice League crossover.

Another thing that’s notable is that it introduces classic DC characters in a more anime style, but rather than have some explanation as to how the two universes met, as is the case with most crossovers, this story takes the approach that the Justice League was always in the RWBY universe, and have to work with them to take down a new Grimm that’s running around Patch. It’s a fresh and interesting take to a crossover method that more should adopt. 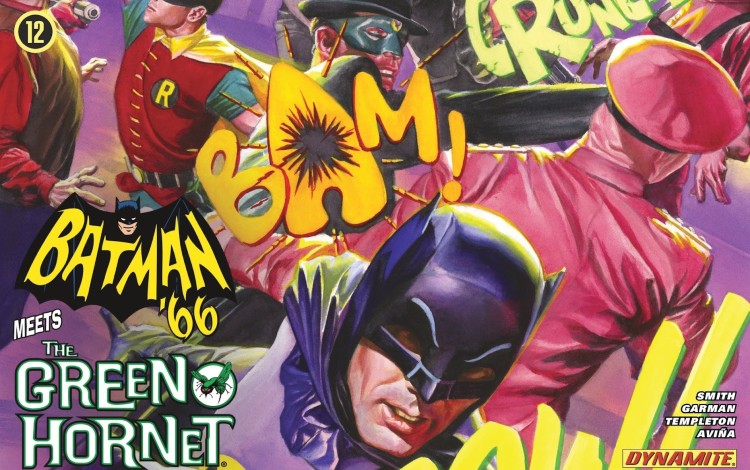 The concept of utilizing Batman ‘66 as a character has opened up huge amount of opportunities for DC in both standalone stories and crossovers. Meanwhile, Dynamite has done a great job of putting a fresh spin on classic pulp heroes, so the two seem destined to intersect.

The Green Hornet and Batman also overlap in several instances, but given the similarities, the story is a fun crime caper that involves this universe’s version of the Joker who has also teamed with General Gumm (recently promoted from Colonel). Also, seeing Kato and Robin get themselves into trouble also makes for an interesting situation, as Batman and Green Hornet have to work together to save them. 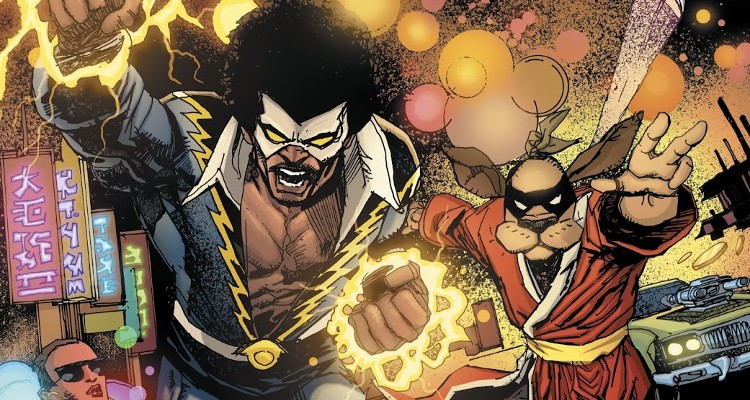 These were a wacky series of one-shots where old school Hanna-Barbera characters crossed over with various DC heroes, and not the most well-known like Yogi Bear or the Flintstones. They chose very obscure ones that made for some interesting mashups. One of the weirdest is when Black Lightning teamed up with Hong Kong Phooey, a dog that specializes in martial arts.

Black Lightning is on the trail of three assassins looking to assemble parts of an ancient text, one of which is in the hands of detective Hong Kong Phooey. This sets the two characters on a collision course to beat the bad guys together. Because Hong Kong Phooey’s show aired in the 1970’s, it made sense to set the story then, when Black Lightning was wearing a flashier outfit. The story is a throwback to Blaxploitation films of the era. It’s bizarre, but that’s what crossovers are often about. 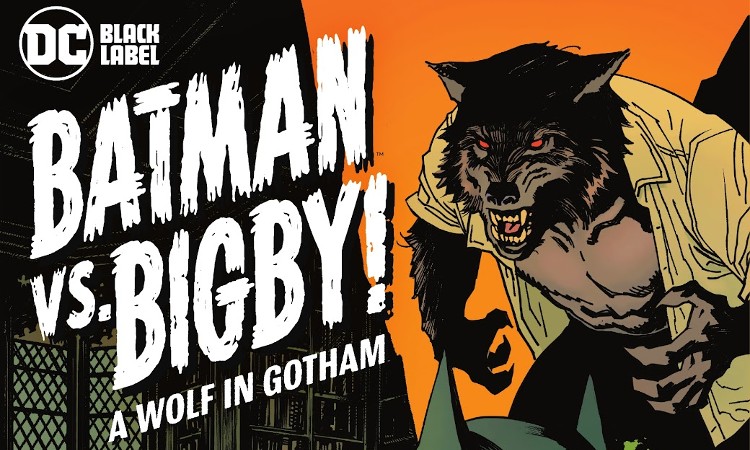 This one isn’t technically a crossover, as Fables is a DC title, but still, it should be noted as it isn’t every day that Bigby Wolf gets to tangle with the Dark Knight. Though it should be, as the two characters live in similar worlds of dark crime and noir storylines.

The story, which has Batman investigate murders and rumors of a werewolf in Gotham, focuses less on the action side of Batman’s vigilantism, and more on the detective side, which makes sense. Bigby is a credible detective himself, so it’s interesting to see the two collide. In fact, this story shows that there should be more crossovers where the Caped Crusader goes head-to-head with other fictional detectives. 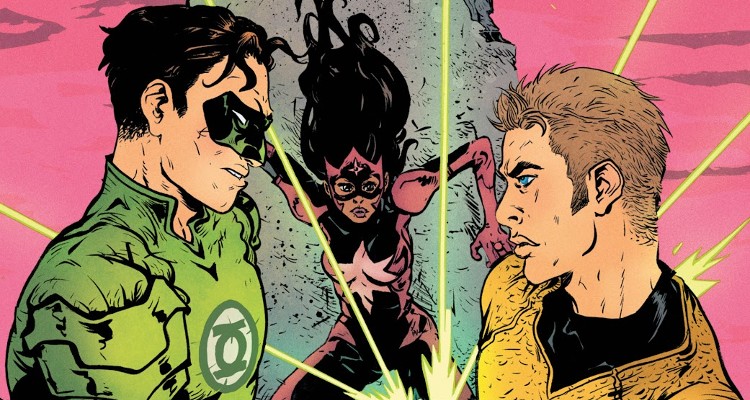 It’s amazing how DC’s lineup of characters has such a wide range that they can perfectly cross over with other properties. And perhaps no character exemplifies the world of space science fiction more than Green Lantern. The world in which Green Lantern operates focuses on the morality and ethics of dealing with other planets and species in the name of exploration.

Coincidentally, this is also what Star Trek is all about. It fits so nicely that there are multiple Green Lantern/Star Trek crossovers. And of course, no crossover is complete unless a character properly merges both universes into a single role, something that Captain Kirk seems born to do. The story revolves around an alternate DC Universe that seeks to hide the remaining power rings by sending them to different universes. One just happens to be where the crew of the USS Enterprise is, and so a cosmic crossover unfolds. 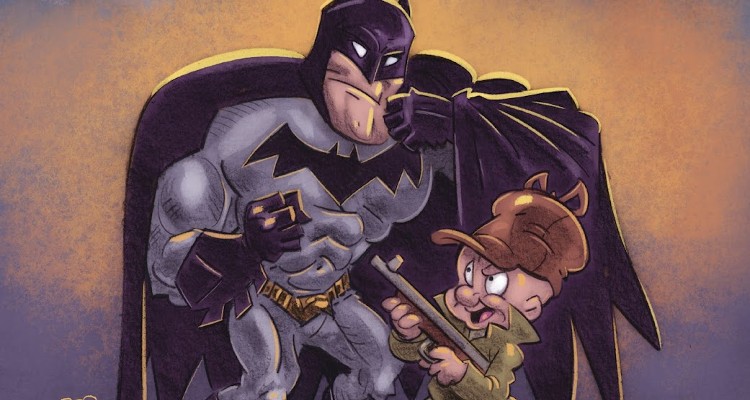 There were a series of DC and Looney Toons crossovers, each one more ridiculous than the last. Perhaps the most absurd was when Batman decided to take on Elmer Fudd, but for some reason which the comic gods can’t explain, it was a perfect match that made for a perfect story.

The tale revolves around notorious hunter Elmer Fudd switching from “wabbits” to bats after a chance meeting with Bruce Wayne. It reinvented the entire Looney Toons world into a dark noir setting of which Batman thrives. Elmer Fudd was no longer a bumbling hunter. He became a worthy adversary for the Dark Knight, and this remains one of the highlights of DC’s crossovers.

3) Planet of the Apes/Green Lantern 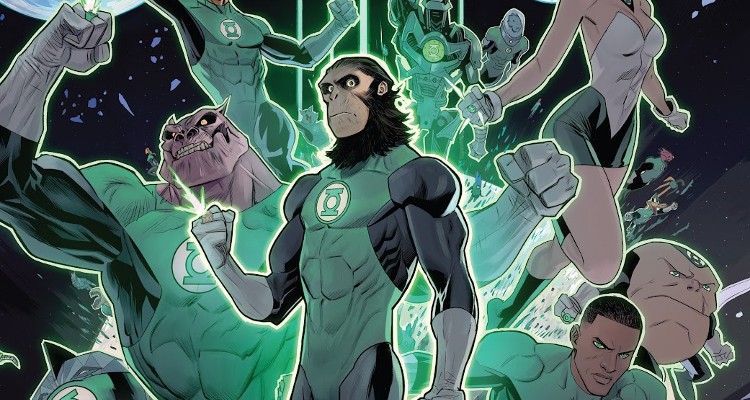 Crossovers tend to be easier with ongoing comics or TV shows where stories can be seamlessly placed within the universe’s canon. It gets a little difficult with self-contained films that offer very little leeway in terms of plotting. But somehow, Green Lantern manages to insert itself into the Planet of the Apes storyline.

All in all, the series managed to put an exciting plot device within the Planet of the Apes universe that made Green Lantern’s presence there worthwhile. Cornelius discovers a power ring, and all the other Lantern Corps race to discover what this new power source is. Throw in Gorilla Grodd (because obviously) and it makes for a very unlikely, but interesting crossover that pits the best of classic sci-fi tropes against each other. 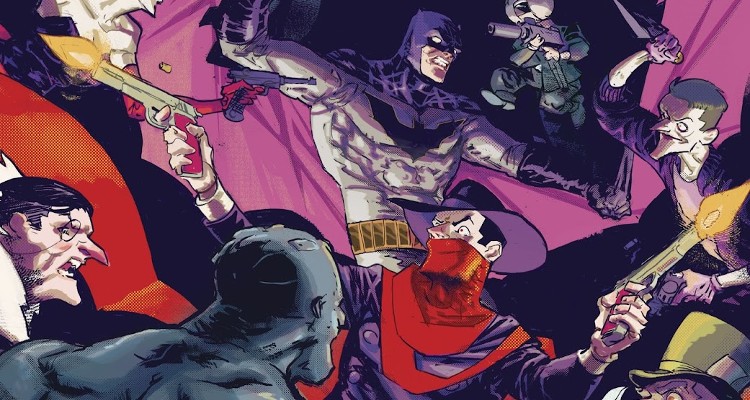 The Shadow and Batman seem like they were made for a crossover. Both are dark, brooding pulp figures that rely on fear to fight crime, but when you boil them down to their characters, they are actually quite different from one another.

This crossover managed to seamlessly blend the Shadow into the Batman mythos, making him a mentor to Batman in the past. Even more surprising was that Joker was included as a Shadow villain as well. The title was so successful that a sequel was produced where the leading role was reversed from one hero to the other. 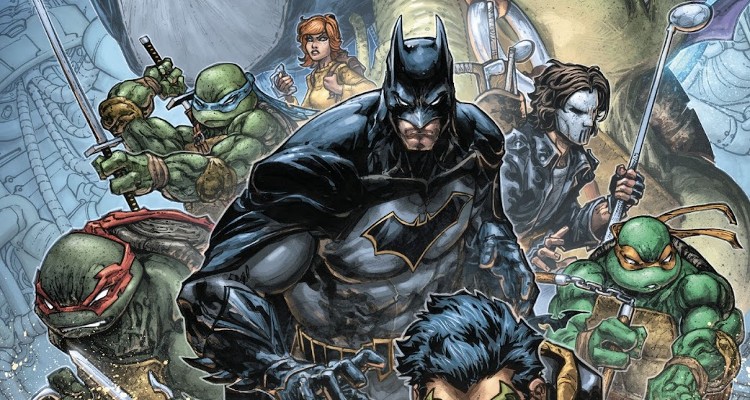 Batman often gets joked about that DC uses him too much to draw in popularity, but the truth is, he’s a really versatile character. And it shows that he actually goes well crossing over with the Turtles. Their ninja philosophy works well with Batman, who trained in similar arts.

Even more incredible is the fact that the Turtles’ villain Shredder works as a Batman villain as well. The violent nature of the Turtles against Shredder fits in perfectly with Batman’s own bloody history. They all meet when the alien Krang seeks to rid himself of both the Foot and the Turtles by sending them through an inter-dimensional portal. The crossover seemed like a match made in heaven, as evidenced by the fact that they made a trilogy out of it.

NEXT: 6 Comics That Clearly Inspired WandaVision