YouTuber Vara Dark has condemned the Saints Row reboot developers for dismissing criticism as fans are only upset that older characters are not making a comeback. 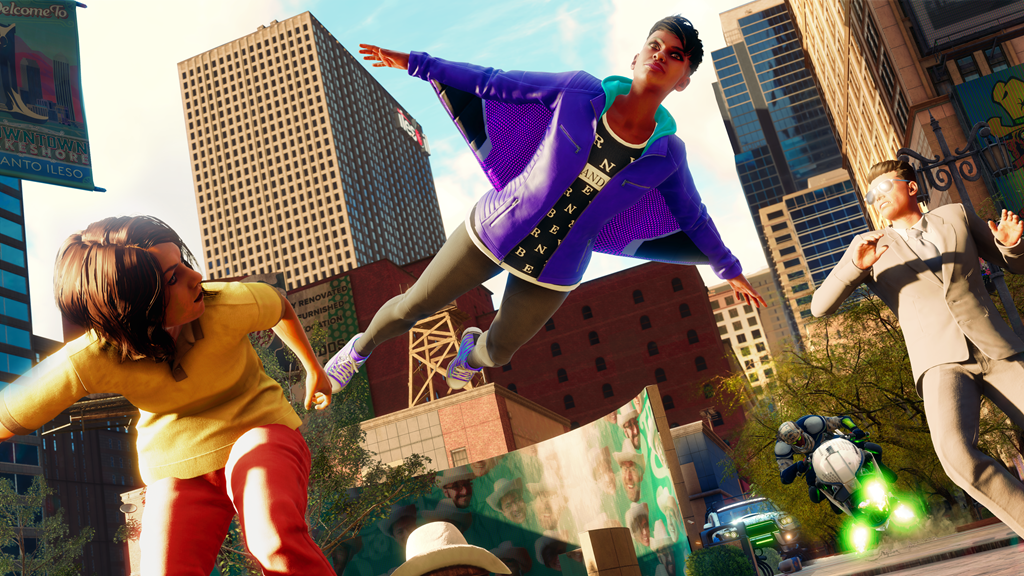 RELATED: No Time To Die Actress Ana de Armas Pushes Back Against Gender-Swapping James Bond: “There Shouldn’t Be Any Need To Steal Someone Else’s Character”

Damien Allen and Kenzie Lindgren — Volition’s Principal Designer and Associate UX Designer respectively — spoke to Eurogamer, one again emphasizing the game kept the tone of Saints Row, despite prior statements to the contrary for “something contemporary.”

“I feel that every single time I go into the game, whether that’s just customisation (because customisation is a huge part of it), whether that’s travelling around the city, whether that’s wing suiting and doing the missions, it feels like Saints Row. And I think that’s at least worth checking out if you’re an older player, but also for a newer player to discover that feeling for the first time,” the video game designer reassured. 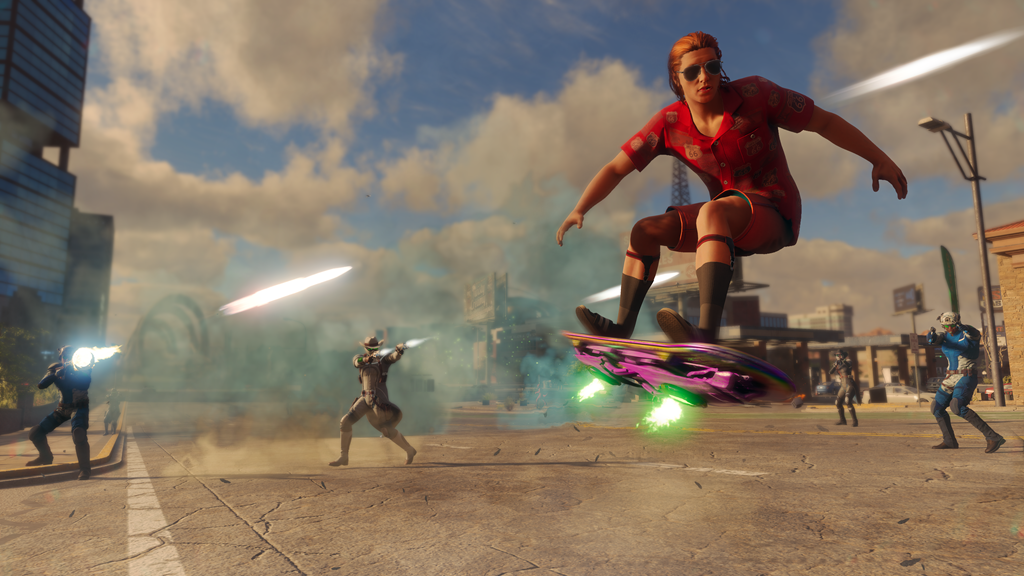 “I really think that the feel of the Saints Row franchise is alive and well,” Allen continued. “If you are a veteran, if you’ve played through one or all four of the previous games, there’s going to be something for you to enjoy, [be that] the traversal mechanics, the new things we’ve added or a world that is more vibrant and unique than anything we’ve ever had in the past.”

The pair then praised the Saints Row reboot’s character customization — which was recently revealed to have replaced gender options with a slider, and reduced overall chest size — and explained the use of gender-neutral pronouns was merely for technical reasons and making it easier to integrate with the vast customization options rather than making the player character non-binary. 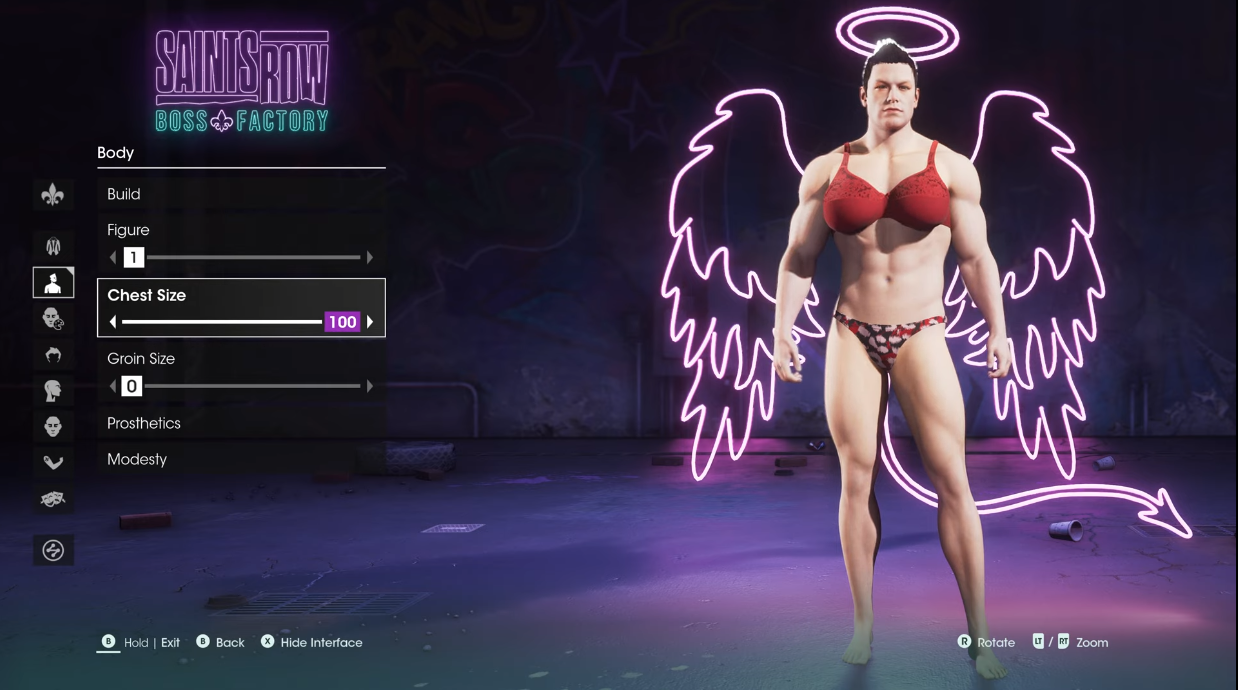 The pair then discussed how the game’s initial reveal was met with a poor response. This came from several joke shop brands being censored — auto repair shop Rim Jobs changed to Jim Robs, and fast food chain Freckle B—ches being changed to FBS. The protagonists also looked less like thugs trying to raise themselves into a criminal empire, and more like young adult hipsters.

These were only made worse with the aforementioned “contemporary” comment, making some feel the game was going to lose the over-the-top humor of the original for something inoffensive and bland. 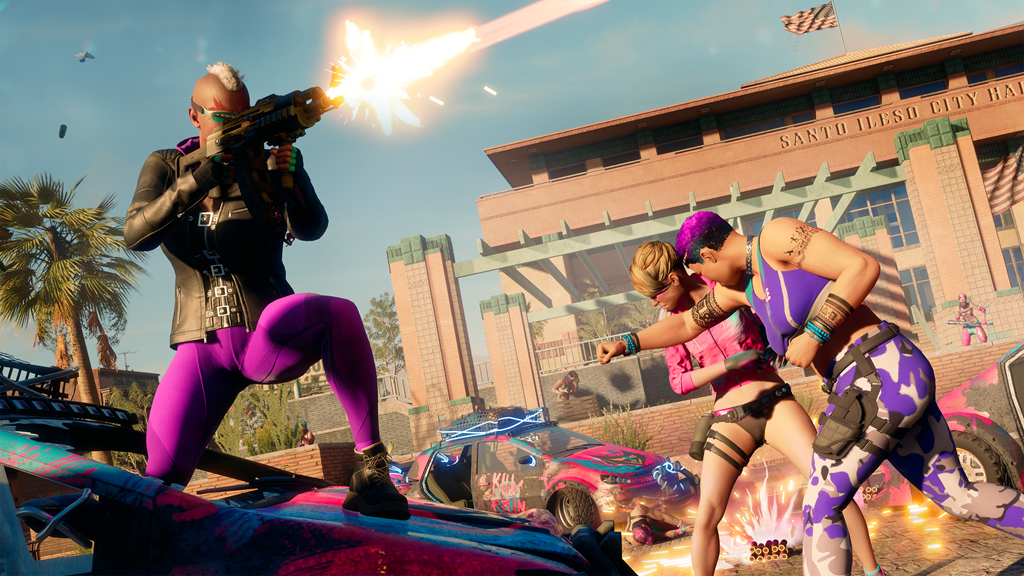 “I think there was always a part of me and maybe even some other people in the studio that always knew it was going to be a little rough at first, because the [old] Saints are not coming back,” Lindgren theorized. “I think that was always going to be something that was kind of contentious.”

He admitted, “It is a little bit frustrating to see [initial reactions] when you know what you’re making, and when we’re not quite ready to reveal everything. And that can be something that is a lot to go through. I was the one that came out and said, ‘the Saints are not coming back’, and that can be very nerve wracking. But that doesn’t mean it’s a bad thing. 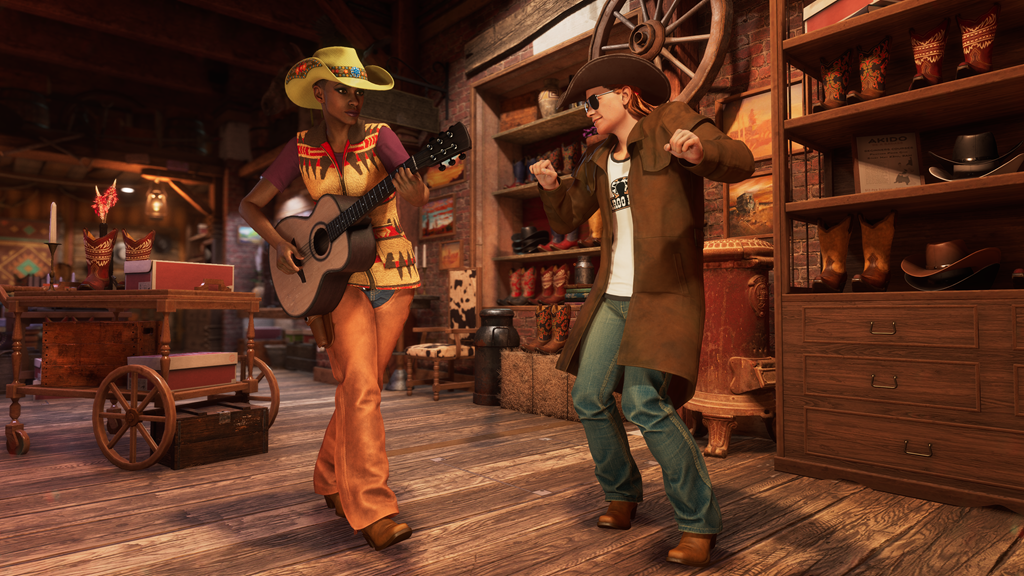 RELATED RUMOR: Announcement Of A Restored Snyderverse Could Be Made At San Diego Comic-Con

Allen justified Lindgren and Volition’s stance further, declaring, “You just [have to] take that approach of like, ‘Okay, we know what we’ve got and we’re going to show you what we’ve got. Just be patient, please.’ Sometimes you just have to take it in your stride. And it wasn’t, from my point of view, as if we had to pivot or shift or anything [following the announcement’s reception].”

“It was, ‘this is this is the path we’ve been going down this whole time,’ and we’ve been very confident in that. And when people can see it in totality, I think they hopefully will agree with us,” he added. 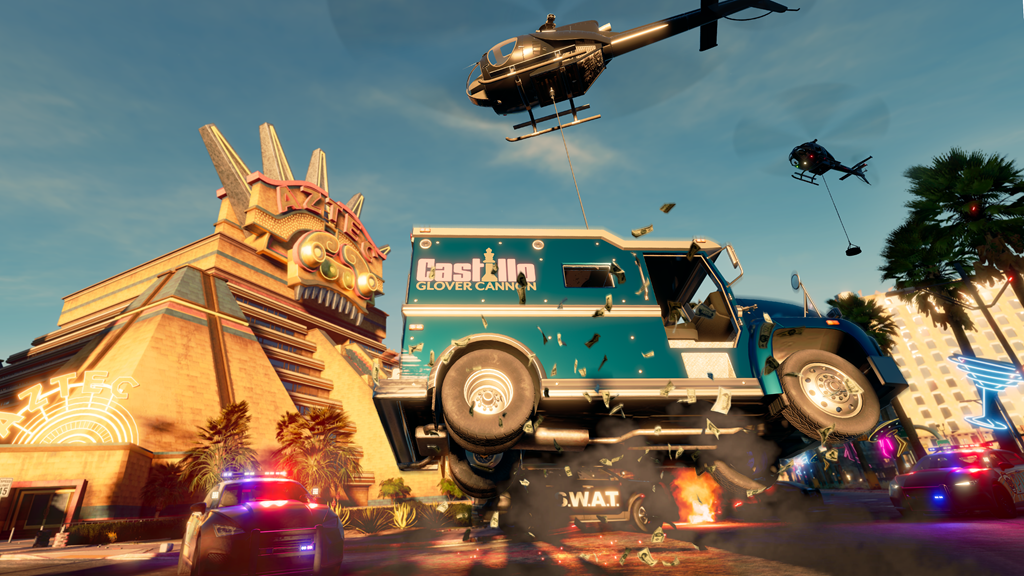 The game originally aimed to launch on February 25th of this year but was later delayed to August 23rd. Volition Studio Development Director Jim Boone noted the delay was purely to improve the game’s quality, after underestimating the impact of the COVID-19 pandemic.

“Rest assured,” Boone stated, “there will not be any changes to the story or the characters or anything that we’ve lovingly imagined over the last few years and already shared with you.”

YouTuber Vara Dark discussed the interview in a recent video. She bounced off Lindgren’s quote about the reception being “a little bit frustrating,” casting doubt on how genuine the developer’s concern over the backlash was.

“As a Saints Row fan, it’s a little bit frustrating to see these developers go on a 180 direction compared to the previous games, and then change core elements of the game by toning it down for ‘modern audiences,'” Vara opined, “and… They don’t really care that fans dislike it.” 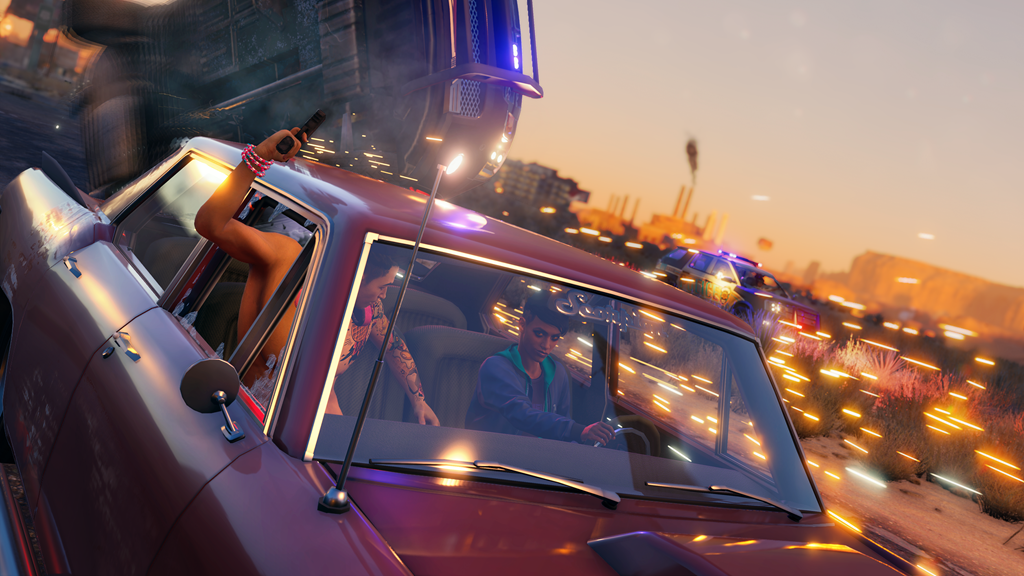 After denouncing the new characters as “not appealing at all,” she nonetheless added, “I hope for the individuals that are purchasing this, that it does feel like Saints Row. I hope that it’s not a completely trashy experience for the people who are spending money on it, but I am not going to be wasting my money on this reboot.”

Vara also lambasted the interviewed developers for “patting themselves on the back” when they discussed the game’s customization options, disagreeing with Lindgren’s claim that “we definitely have a lot more customization than any other game on the market right now.” The YouTuber compared it to MMO Black Desert Online, where the body and facial structure can be dragged into the desired shape. 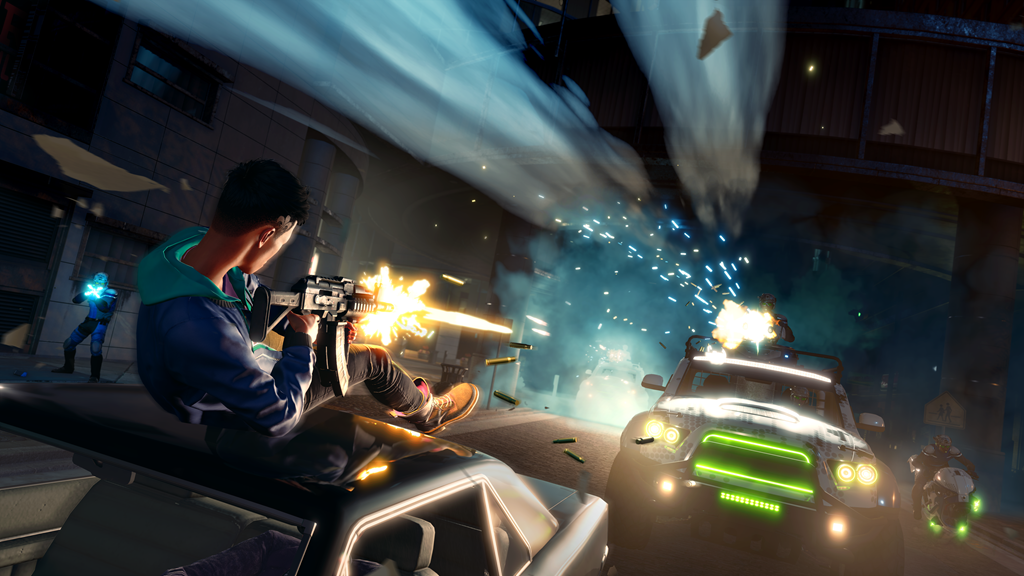 She also took a swipe at the use of the Saints Row reboot’s gender-neutral pronouns for the player character, asserting, “Most games give characters genders, so they’re either extremely lazy if we’re to believe them, or they’re lying to not face backlash- and in turn they’re going to face backlash!!”

“Either way its a very bad look for them, they’re saying it’s ‘purely for technical reasons,’ I call BS,” Vara condemned. 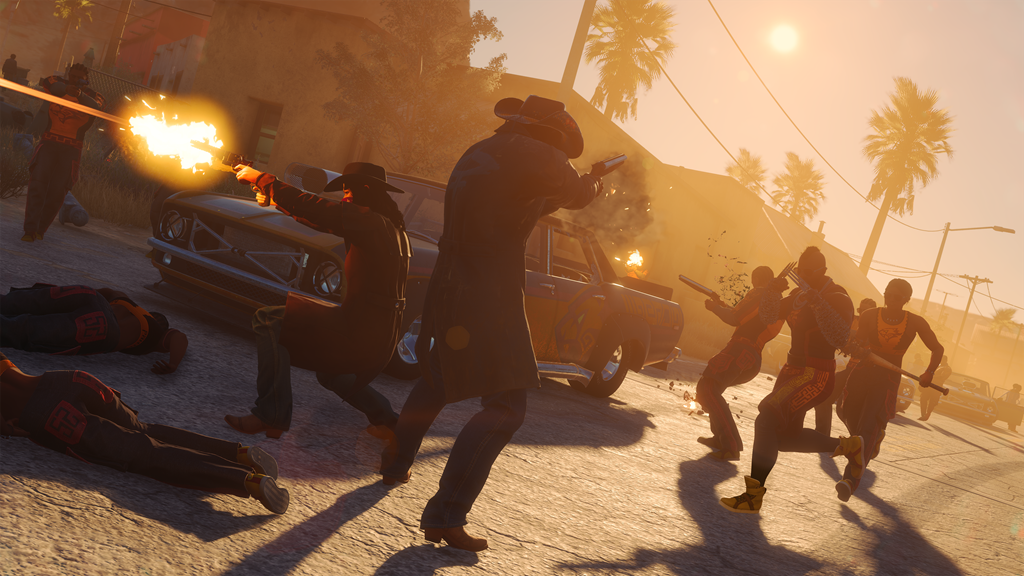 As for their reaction to the backlash itself and Volition’s refusal to change, Vara felt their claims about “the [original] Saints are not coming back” was dismissing the core problem. “Yes, people were obviously very disappointed that the original Saints were not returning, it’s not the only problem that people have OK?”

“They’re trying to brush it off as ‘ugh, it’s just people who only wanted the old Saints back, it doesn’t really matter’ which is absurd,” Vara elaborated. “People are upset with the fact that you are doing things like removing gender from the game, you’re removing specific sliders.” 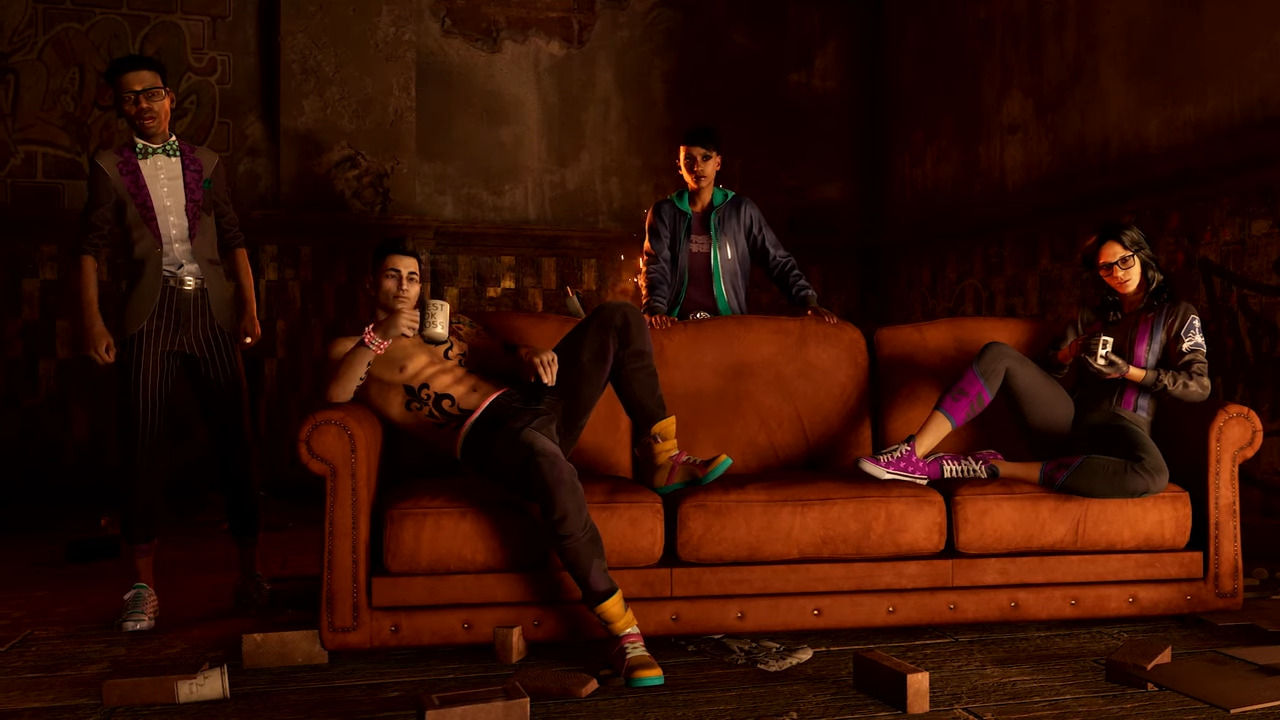 RELATED: Marvel Comics Makes Yet Another Sexuality Swap, Confirms Rachel Summers And Psylocke As Bisexual Couple In Latest Issue Of Knights Of X

Vara later opined, “The new cast of characters seem like cringe-worthy hipsters- that’s the best term that we’ve come up for them- they do not look like cool or appealing, they do not seem very fun to play as,” adding, as she started wrapping up her overall opinion, “The game, unfortunately from what I’ve seen, looks very generic, OK?” 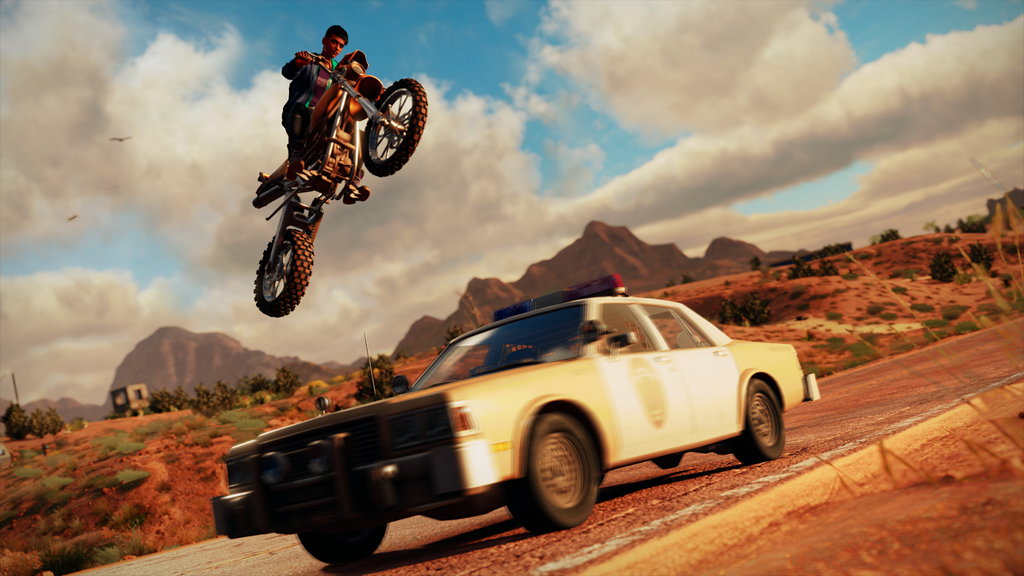 “I think that most fans would feel this way, but it would be nice for them to recognize people aren’t impressed with the game and think it’s a step back for the franchise. We’re not asking for them to change it,” Vara corrected, adding, “people have made up their minds about the game, but they should realize the problems we have.”

The YouTuber highlighted, “They are just writing these problems off as ‘oh people are just upset that the original cast of characters isn’t returning’ when that’s not the only problem,” elaborating on how, with the use of plugins to show dislikes on YouTube videos once again, the original announcement trailer revealed that 68% of those who voted disliked it, equating to an 8:17 like to dislike ratio across 40,ooo likes to 85,000 dislikes. 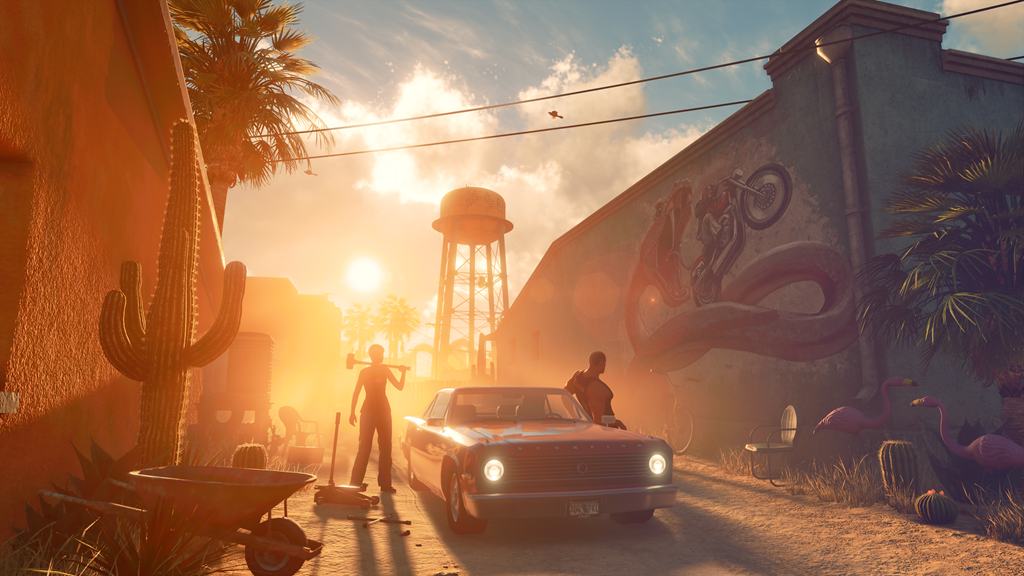 Vara then concluded, “And seeing the developers write-off our criticisms as one problem when there’s clearly a multitude of them, also makes people not want to purchase their games and not support their companies.” 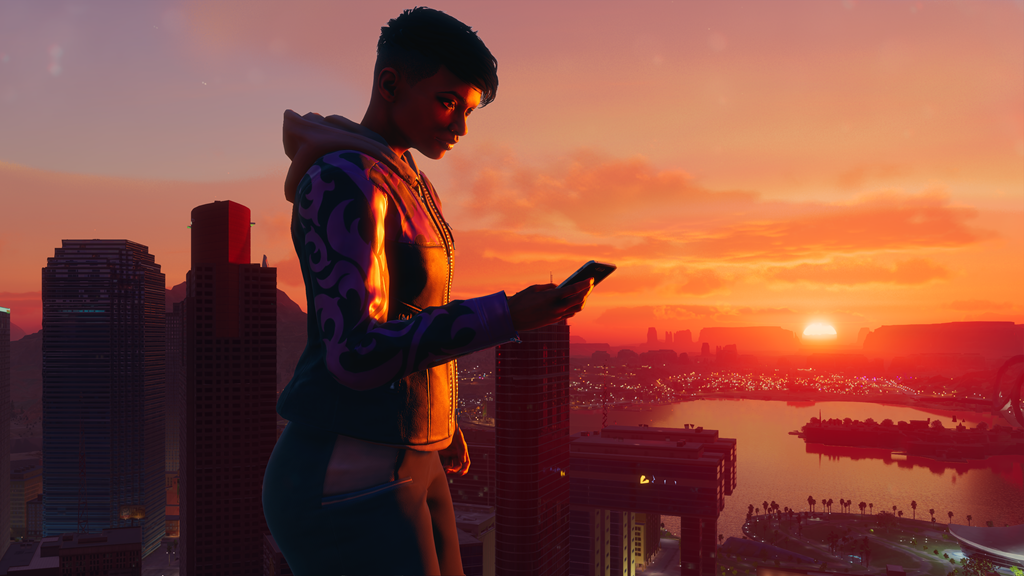 NEXT: Disney Race Swaps Another Princess, Casts Singer H.E.R. As Belle In ABC Live-Action Beauty And The Beast Special