It is no secret that Seth MacFarlane is critical of the Republican party, but a new report has revealed that his disdain has gone so far as to lead him to donate large sums of money to House Speaker Nancy Pelosi. 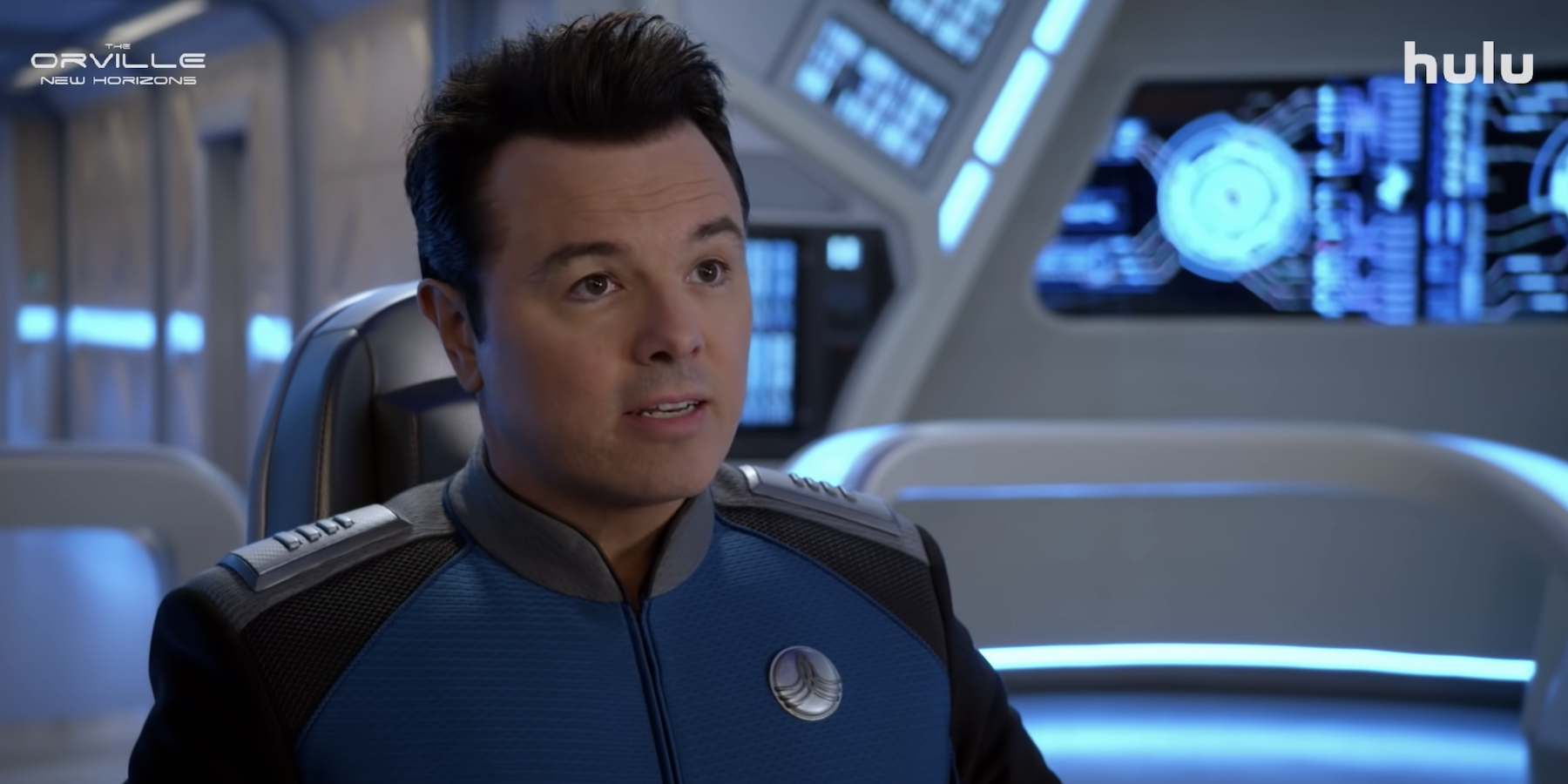 As per a report published by SFGate, in May of this year the Family Guy, American Dad!, The Orville, creator is a Democrat Party ‘megadonor’, having contributed a sum of $365,000 to the Democratic Grassroots Victory Fund, a political action committee (PAC) that helps fund state-level branches of the party.

This followed his staggering 2020 donation to the fund of $865,000  which is actually more than the $500,000 left-wing billionaire George Soros donated that same year.

For context, as per the Democratic Grassroots Victory Fund’s donation stipulations, the PAC “is able to accept up to $875,000 from an individual donor and up to $405,000 from a multicandidate committee in a calendar year.” 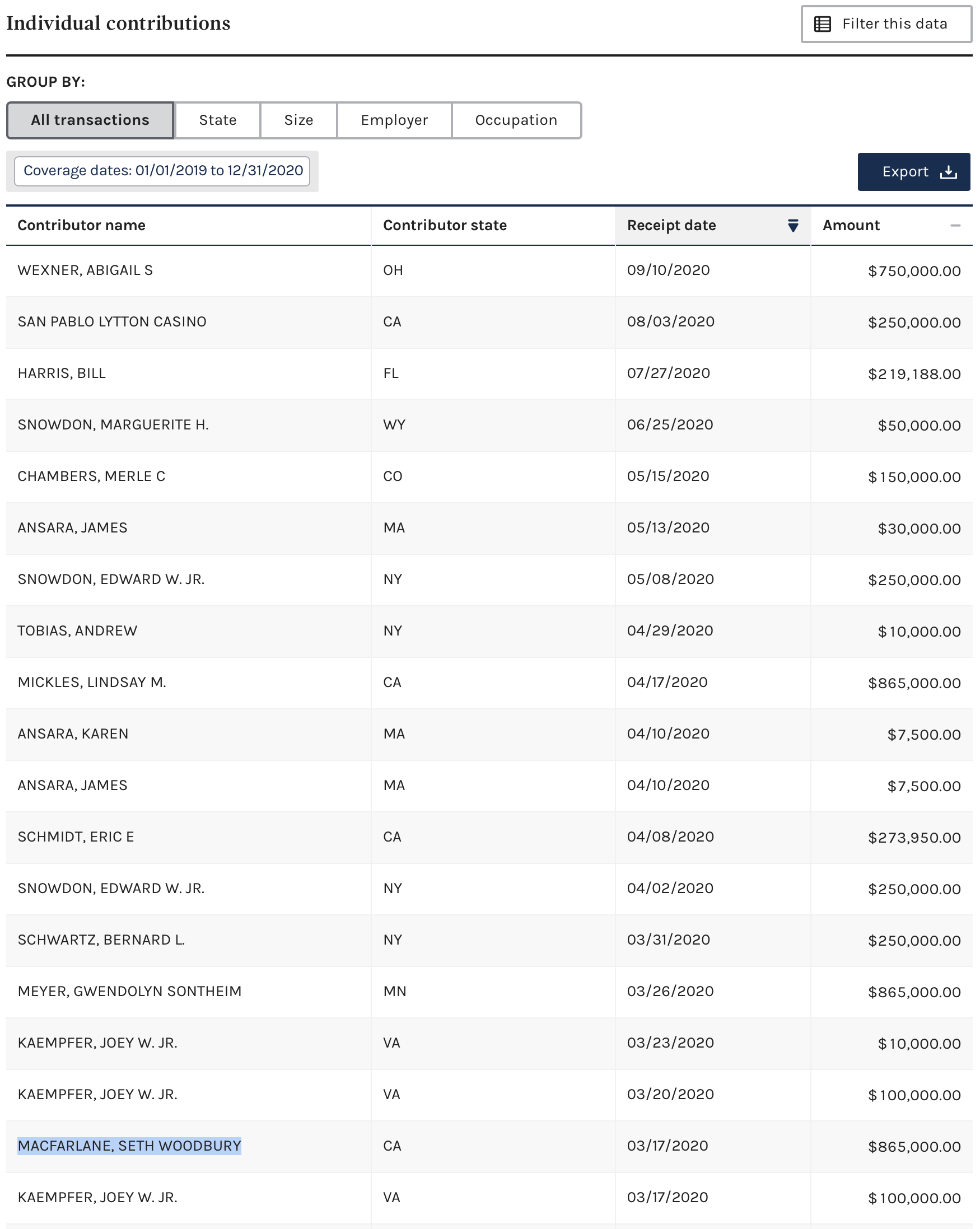 Leading up to the Supreme Court’s decision to overturn Roe v. Wade, The Orville creator donated $263,400 to the Nancy Pelosi Victory Fund, a political action committee that sends the first $5,800 to the House Speaker’s campaign efforts.

While the remainder of the donation is sent to the Democratic Congressional Campaign Committee, the report notes that Pelosi doesn’t really need to raise any funds for her own political campaign, as given her current status, she will “almost certainly win without campaigning.” 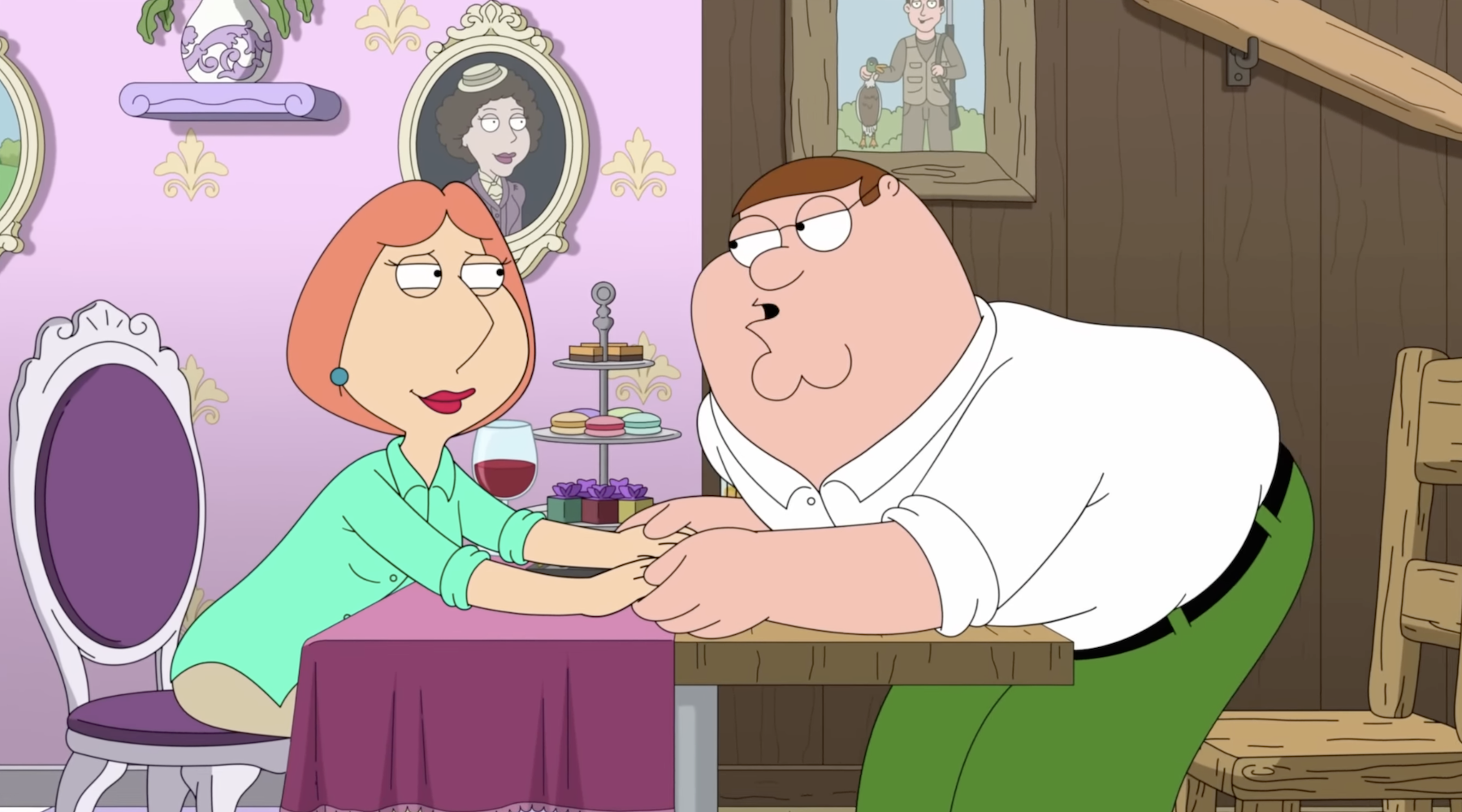 This report comes in light of MacFarlane having, for years, kept his wealth a complete mystery.

During an interview with ABC News‘ Barbara Walters in 2012, the host estimated that Family Guy creator was making over 30 million a year. 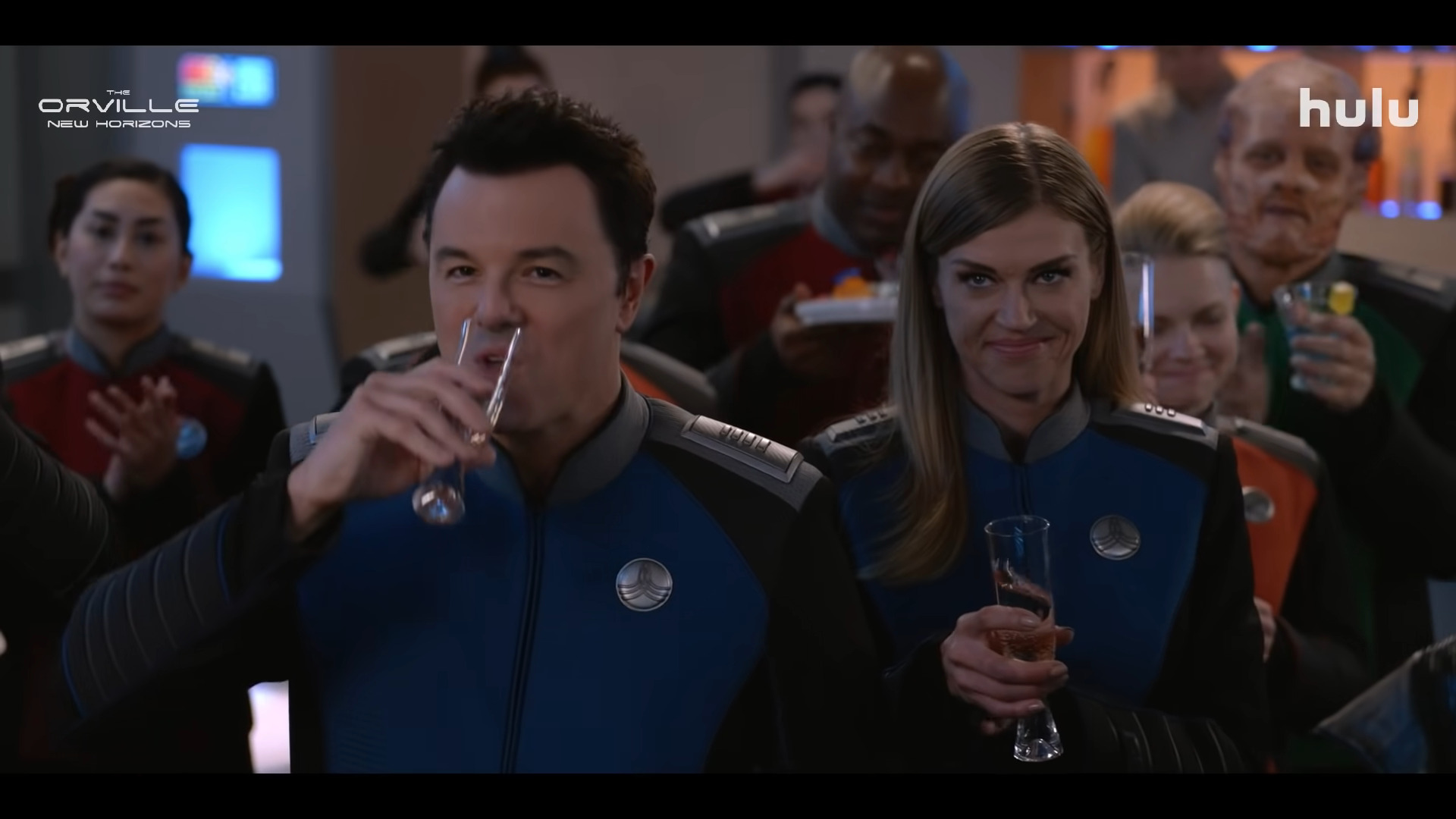 A few years back — as of November of 2008, to be precise — the Family Guy franchise was estimated to be worth a whopping $2 billion, with the $400 Million it was earning in syndication far outweighing the $2 Million-per-episode price tag of each episode.

Whatever the case, it’s evident that MacFarlane will spare no expenses when it comes to countering the GOP and its conservative ideals. 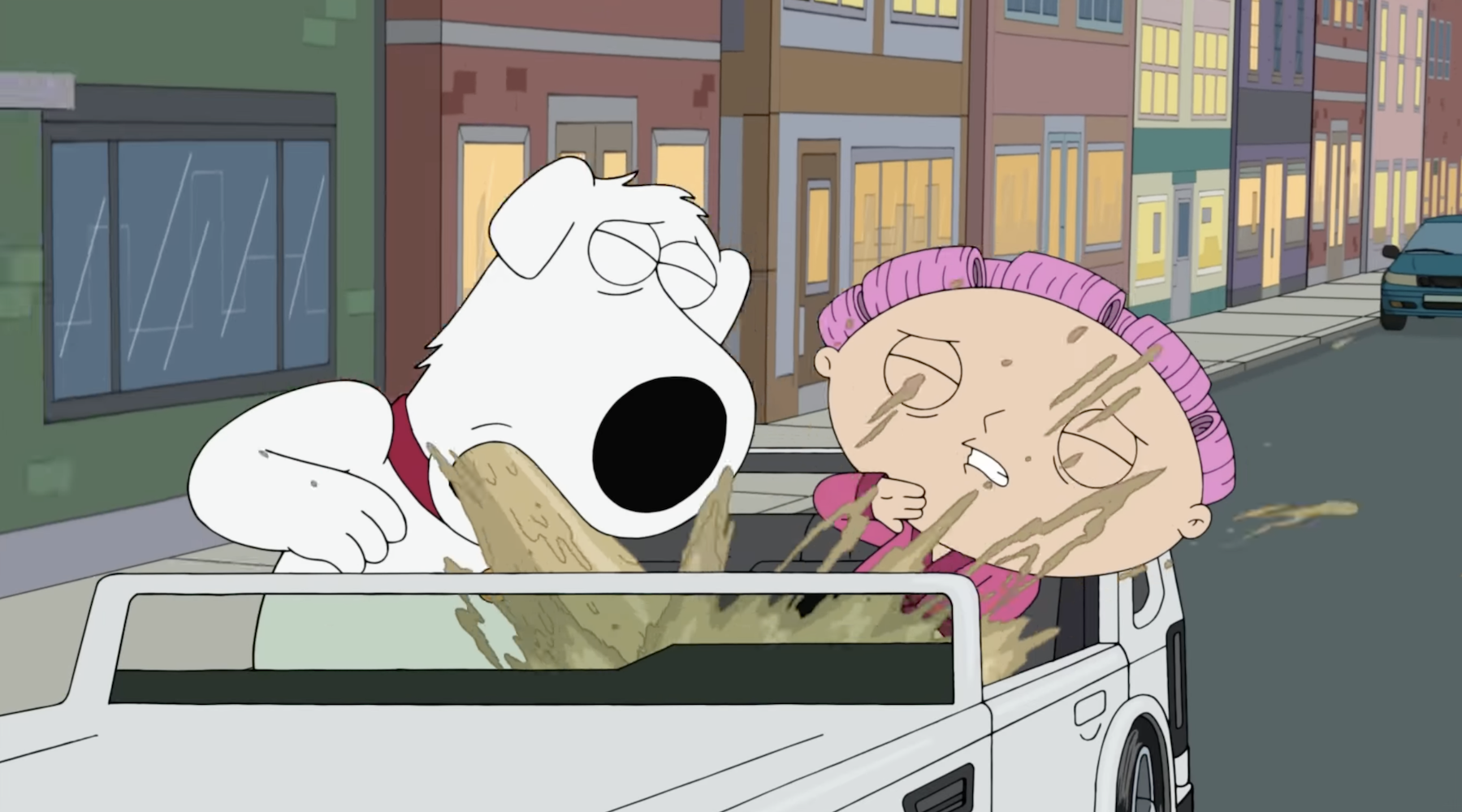 An avid supporter of abortion, MacFarlane has been very vocal about his support for the practice, often taking to social media to vent his frustrations against Republicans’ opposition to it.

In May, the television creator smeared former White House Press Secretary Kayleigh McEnany over her assertion that “if Roe v. Wade is indeed overturned […] a scourge on America’s conscience will be no longer.” 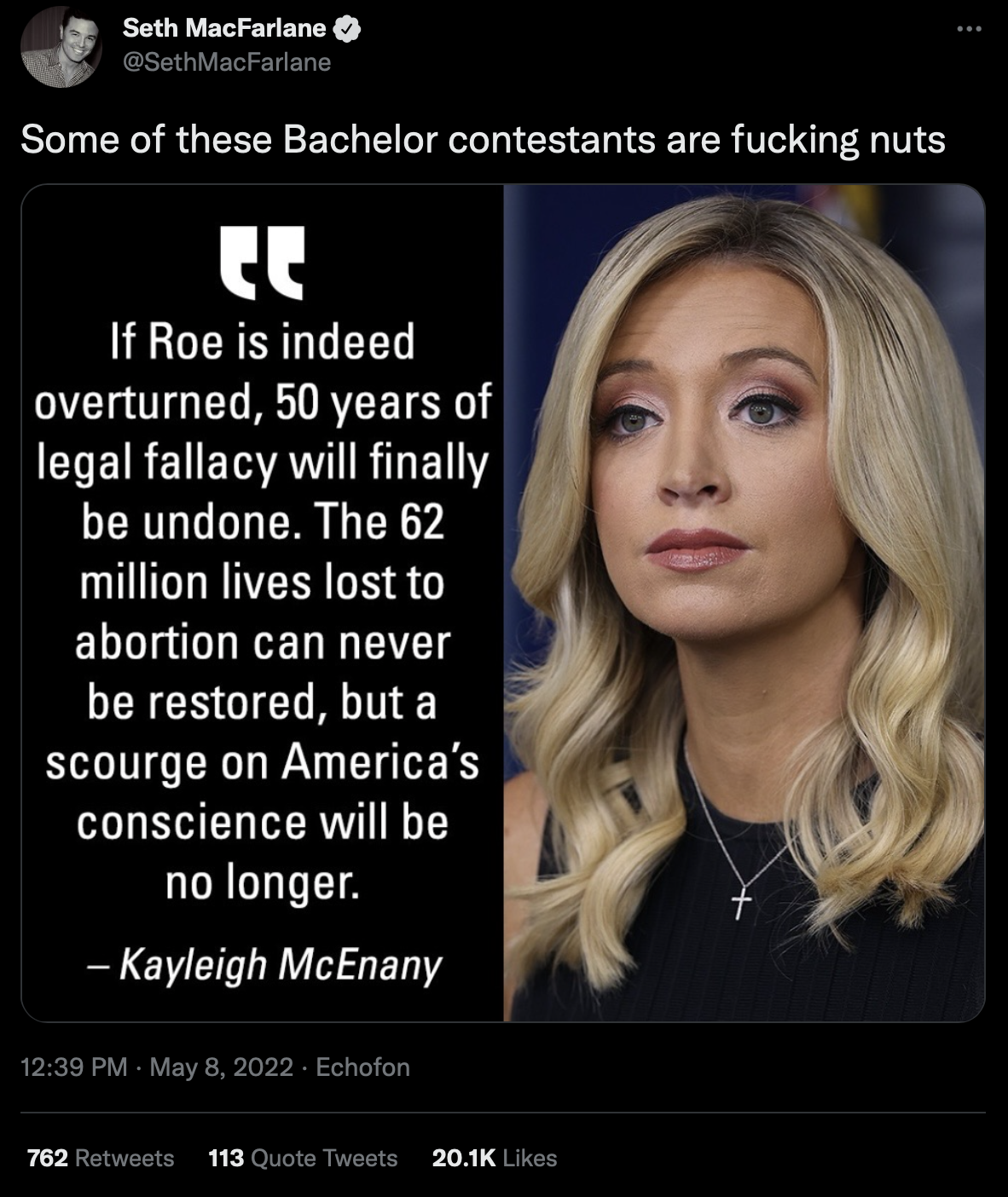 “Some of these Bachelor contestants are f—king nuts,” he declared.

It is worth noting that MacFarlane’s fairly tasteless tweet targeting McEnany is a comment his own political side would condemn to the point of cancellation; particularly the woke feminist mobs he often supports. 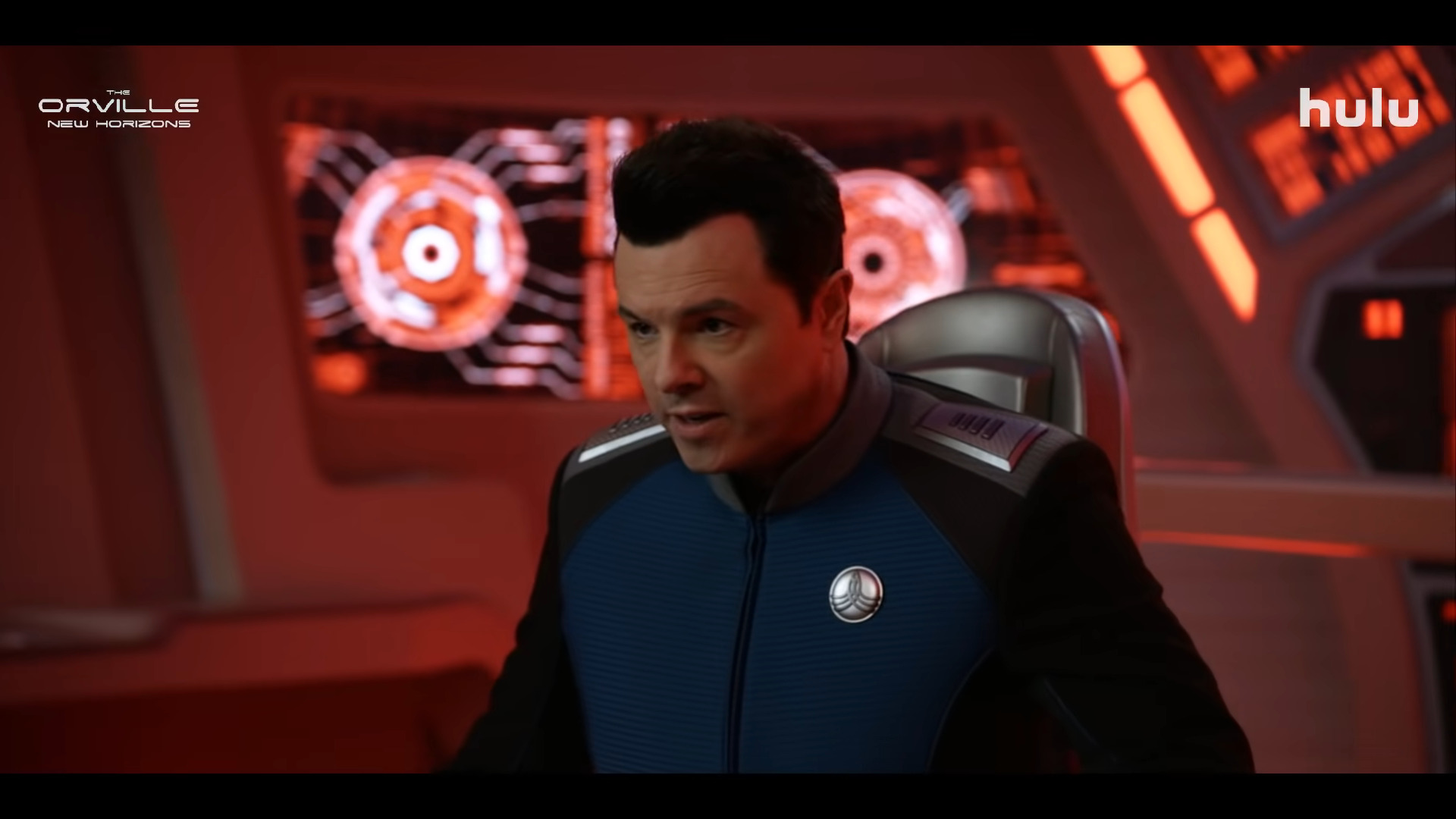 “Marching is important. Voting is even more important. Give ’em the boot in the midterms,” wrote the Family Guy creator in May, encouraging his followers to vote for Democrats in the upcoming November 2022 midterm election.

Just a few weeks later, MacFarlane doubled down on his call for call for support of Democratic candidates, tweeting, “Vote this fall. Knock the GOP on their a—ses at the polls, and you have a chance to stop this.”

“Or keep them on their perch, keep enabling their greed, and live with the dark power of the gun lobby and all the killing it chooses to allow,” he concluded. “It’s your choice. It’s that simple.” 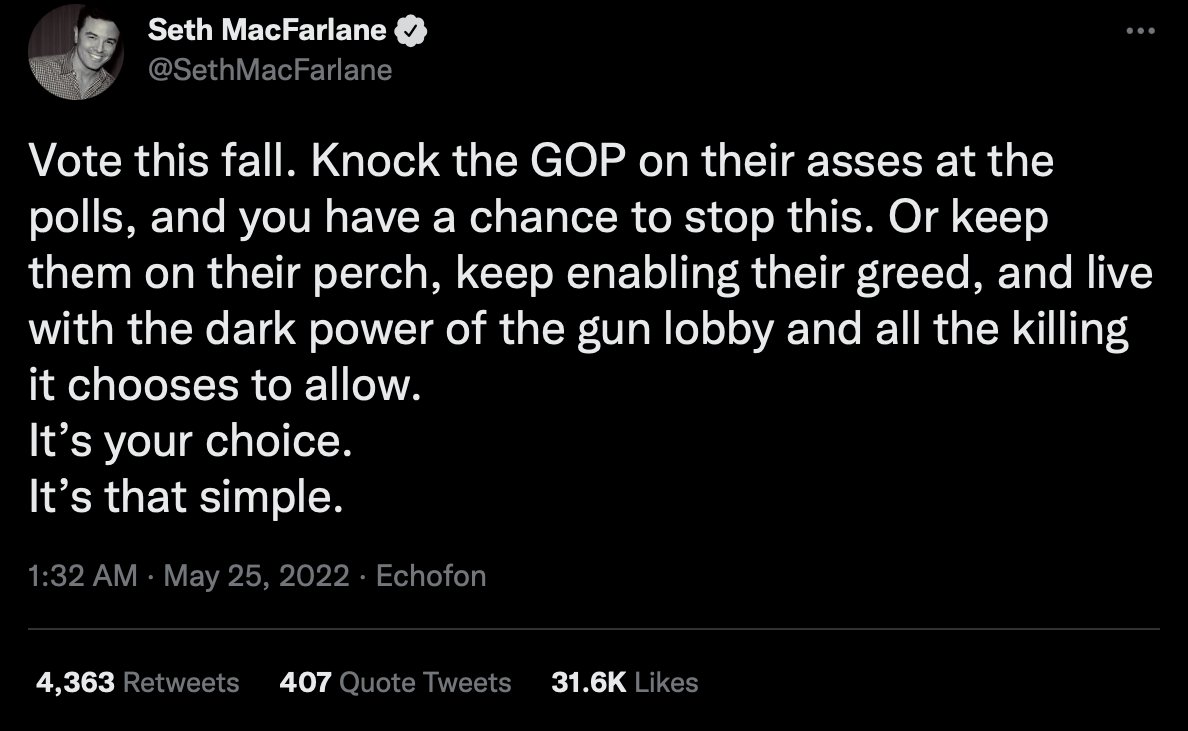 Following Roe v. Wade’s eventual overturning, a frustrated MacFarlane wrote on Twitter, “Not too long ago, this would have been dystopian sci-fi. But the legacy of the 2016 election and the indelible mark of the GOP is printed here in black and white.”

“How much farther this will go once again depends on American voters,” he went on, sharing a screenshot of The New York Times’ announcement of the news. “Blame extremism or apathy, but this is America.” 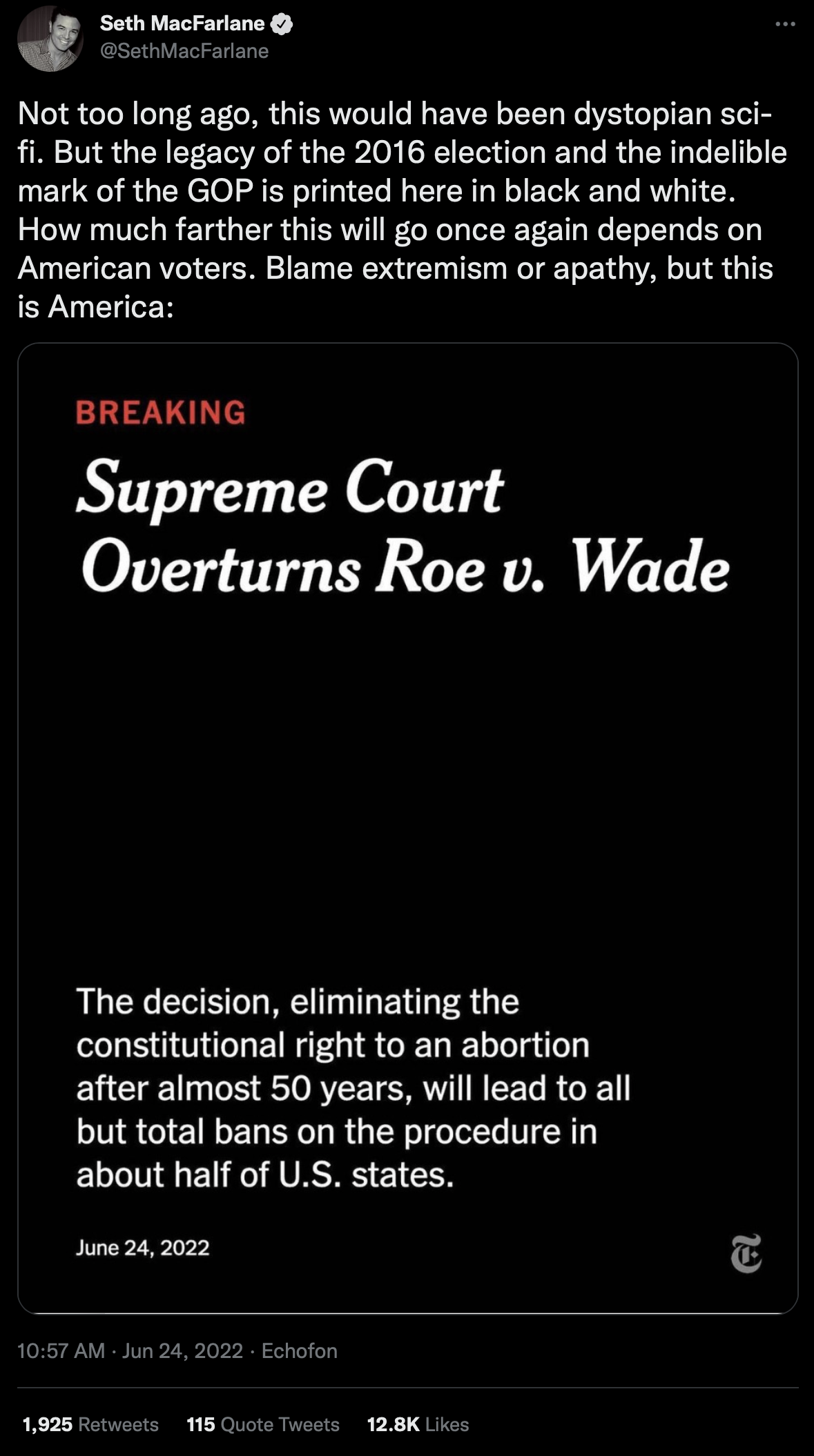 NEXT: The Orville Creator And Actor Seth MacFarlane Describes Oscars Decision To Not Mandate Vaccines “A Colossal Abdication Of Responsible Management”