DC has done this with his sidekick Tim Drake, which made national headlines. Then they went to the well again with the young son of his compatriot Superman, Jonathan, who is taking over for his father. Now they are moving on to the Dark Knight directly and teasing he will become part of the LGBTQ community. 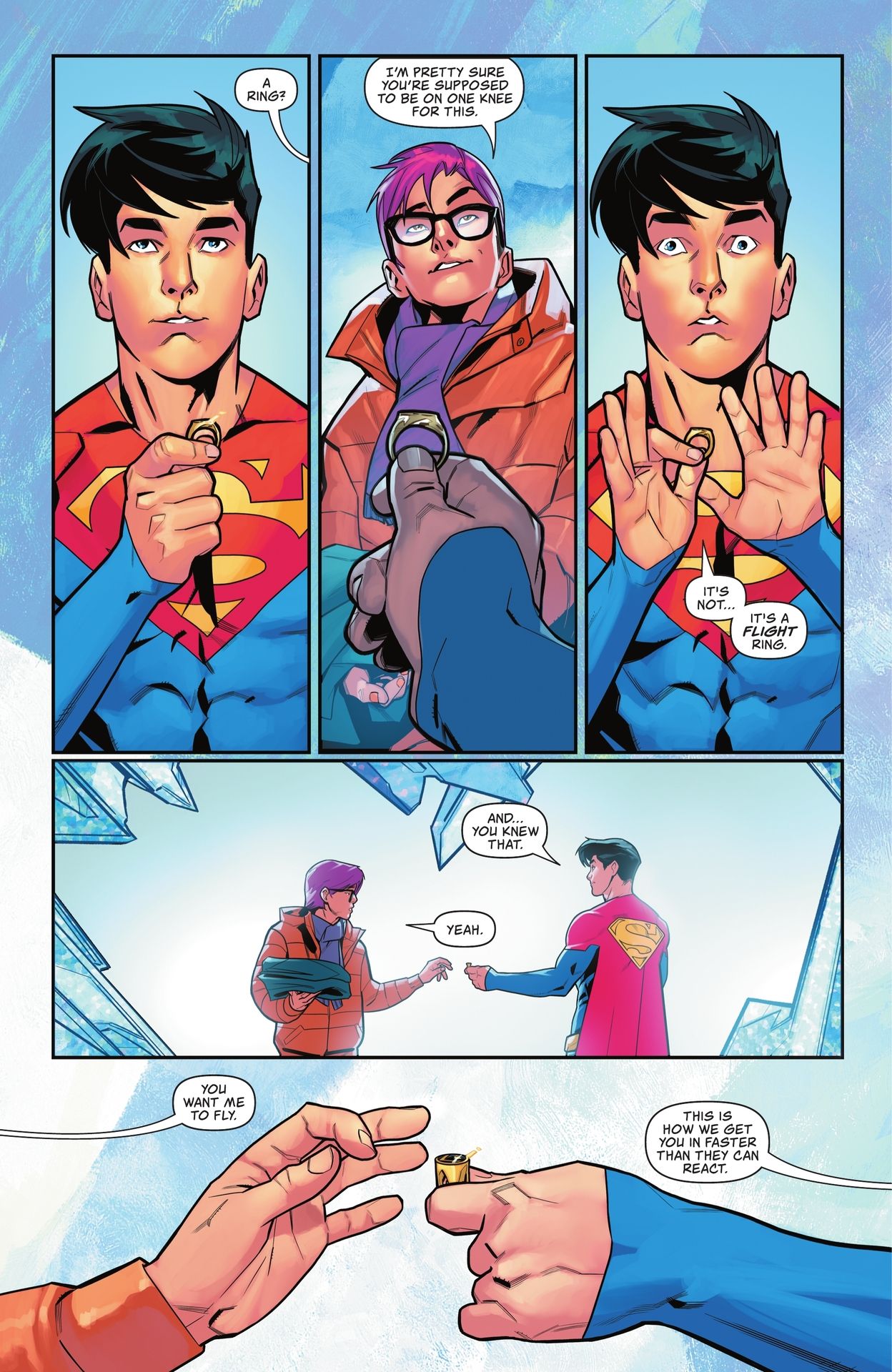 And it’s not on another Earth or timeline, nor is this effort part of some passing of the torch to the next generation of Caped Crusaders. In issue #8 of his Batman: The Knight miniseries, Chip Zdarsky teases changes the history of Bruce Wayne in the main continuity to write him as bisexual.

Furthermore, it’s intimated in a conversation with Dr. Captio, the supposed smartest man in the world, that Bruce had a thing for Ghost-Maker that ended in heartbreak.

“Lol DC Comics is about to confirm Bruce Wayne is now bisexual,” tweeted YellowFlash with a screenshot of the page. “Anton broke his heart, according to next [week’s] comic!” 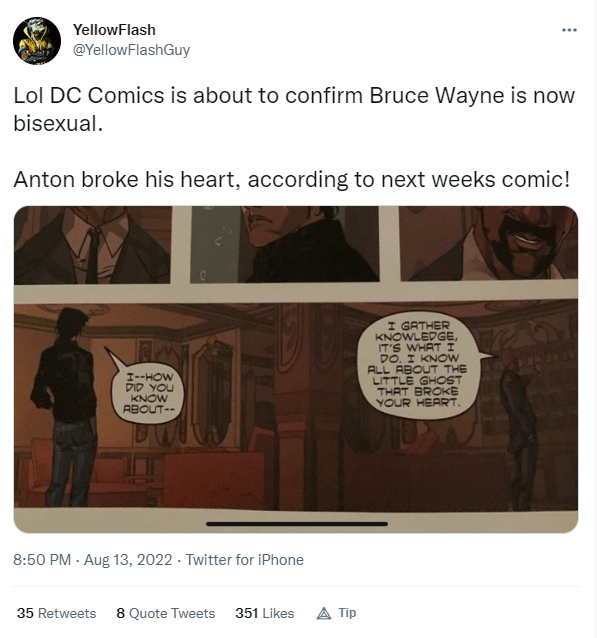 While it’s unclear what specifically Dr. Captio is referring to here, the issue, which dropped on August 16th, does reveal that Captio manipulates Bruce with doctored photos of Alfred and Dana.

When confronted by Bruce, Captio explains, “I wanted to see. If you couldn’t negate your feelings, could you focus them like a knife? And I support it turns out… I was right. 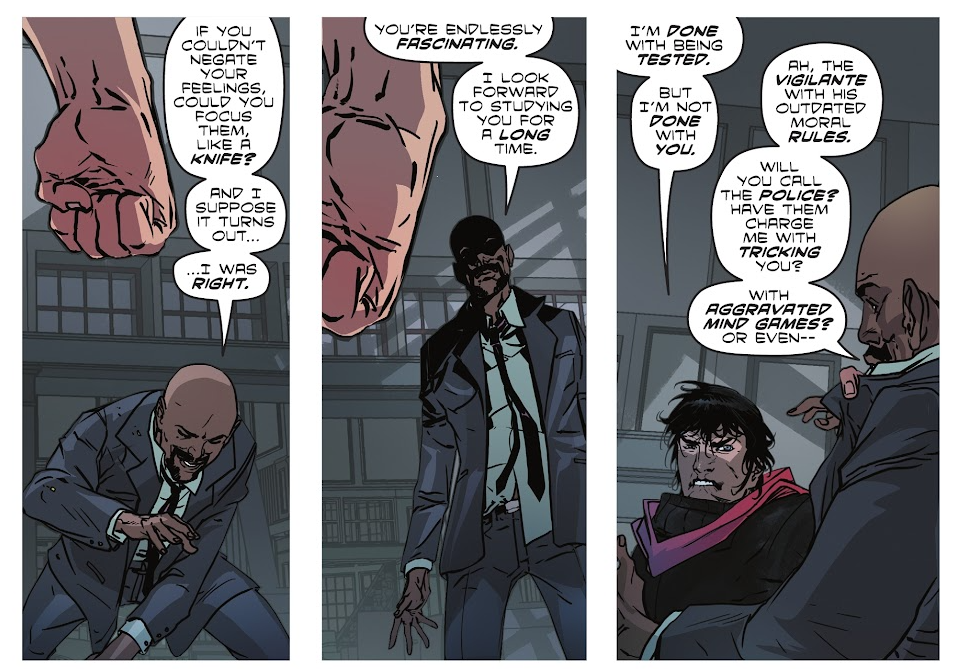 This tease comes after Zdarsky and DC previously teased sexual tension between Batman and Ghost-Maker in Batman: The Knight #5, where the two nearly embraced in a kiss before they were interrupted by former KGB agent Avery Oblonsky. 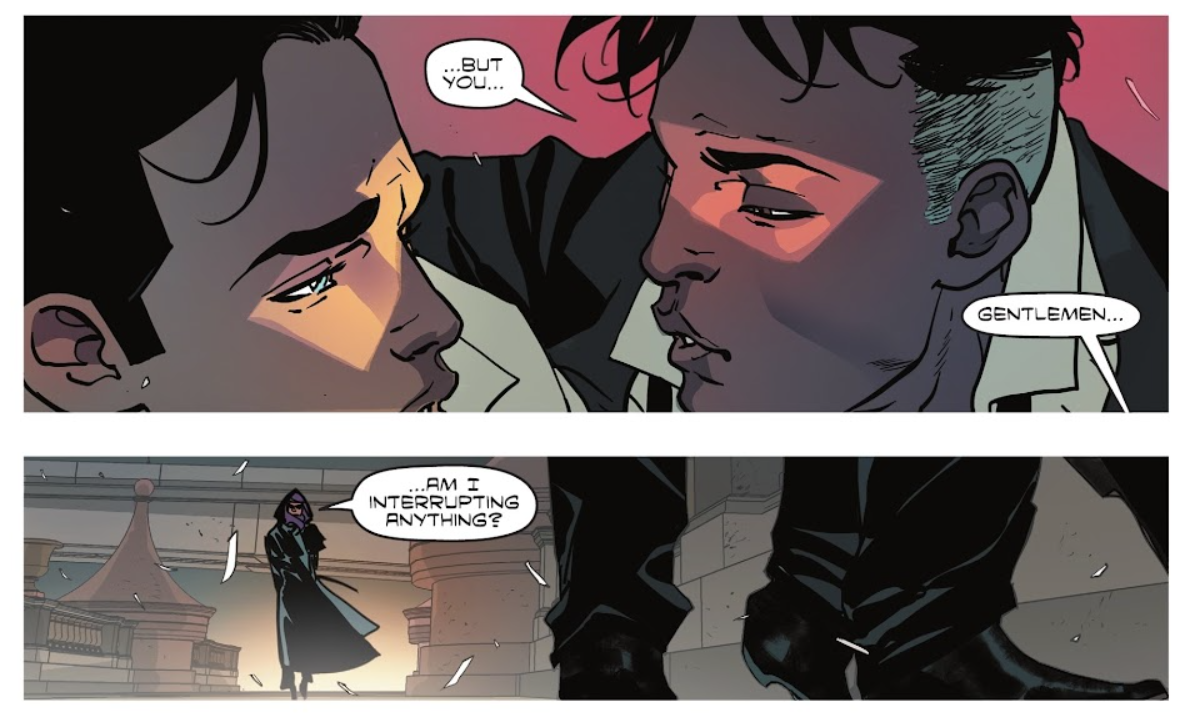 The teased kiss is actually used as a deception by Bruce to pickpocket a book containing locations of international Russian safe houses.

YellowFlash analyzed the page from Batman: The Knight #8 and the scenario more fully in a YouTube video where he pointed out DC does a stunt like this, grabs a few headlines, and then people quickly move on.

Whether it’s Tim Drake, Jonathan Kent, or Alan Scott Green Lantern, the effort doesn’t boost sales long-term. There is a bump, yes, but only for the issue when the character comes out – as was the case with Jon Kent in Superman: Son of Kal-El.

Most of the DC books that break the Top 50 in sales are Batman-related, including a Poison Ivy solo title. Black Adam is the only exception but the title barely breaks onto the list at the very bottom.

That’s a bad sign for DC’s business. As YellowFlash notes, half of their books don’t make the Top 50 or hardly chart which means they consistently sell below 30,000 units and there is no interest in these characters no matter how much they inflate sales numbers with manga. 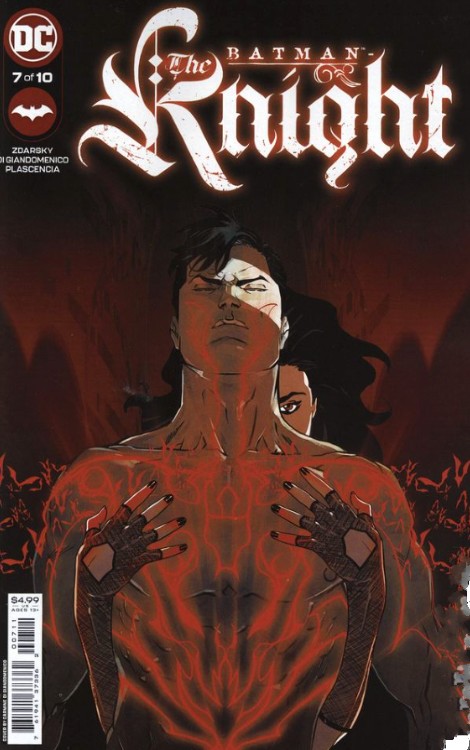 Batman: The Knight #8 is now on sale.