Mostly, his background has been a mystery but The Joker is notorious for his varied civilian identities over the years. Alan Moore gave him one in The Killing Joke. Tim Burton crafted a whole origin story for him in the 1989 Batman film that was held onto for The Animated Series and Batman ‘89. 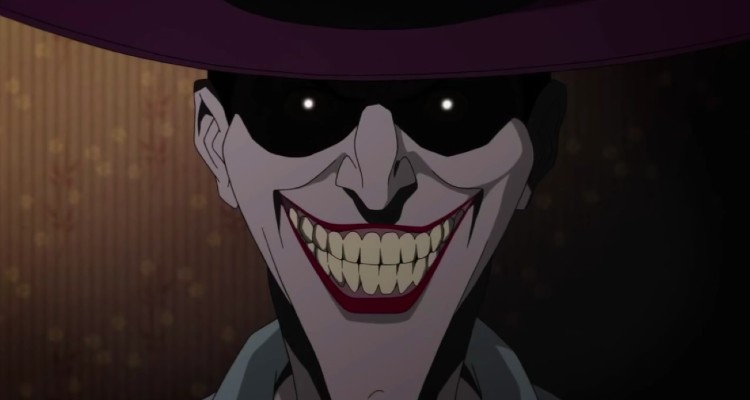 More recently in 2019, Todd Phillips and Joaquin Phoenix made their own origin for an Elseworlds character, Arthur Fleck, in Joker who may just be the first. That fits with a twist that came along during The New 52 when it was revealed there were three Jokers.

In the right context, such as on a single Earth, these stories could qualify as spin and fabrications by the real Joker who, like Heath Ledger’s portrayal in Christopher Nolan’s The Dark Knight, has a penchant for making things up to either scare or keep his victims off guard.

We can add another identity and perhaps a tall tale about the Jester of Genocide as of the latest issue of Flashpoint Beyond. In the fifth installment of the series by Geoff Johns, Martha Wayne revealed while incarcerated in Arkham that The Joker’s real name in her timeline is Jack Oswald White.

Driven insane by the murder of Bruce in the alley in their alternate universe, Martha became The Joker at first whereas Thomas Wayne took up the cowl as Batman.

That was until Flashpoint Beyond, however. What follows is a spoiler for issue #4 — so you’ve been warned — but Martha Wayne is now the Clockwork Killer Thomas has been chasing.

The mantle of Joker didn’t pass to White. Instead, he is designated the Clown Prince of Earth-Prime by Martha and uncorrupted on her Earth. She finds out this information from Psycho Pirate who’d been hiding in the Flashpoint universe to escape Dark Crisis.

He also tells her the universe is not what it’s supposed to be and her son Bruce was destined to grow up and become the Caped Crusader. Once she has this info, she promptly kills the Pirate and goes in search of White.

Martha finds out he had a fate parallel to the one Moore wrote for him. White, never becoming the cackling mass murderer, failed to make it as a comedian and wound up cleaning toilets at Thomas Wayne’s casino. He has a wife and child too but, unlike in Killing Joke, “they’re a happy family.”

Sadly for the happy family, Martha has a time machine and is going to reset the timeline by going back and making sure Bruce survives Crime Alley and that she and Thomas die like they’re supposed to. 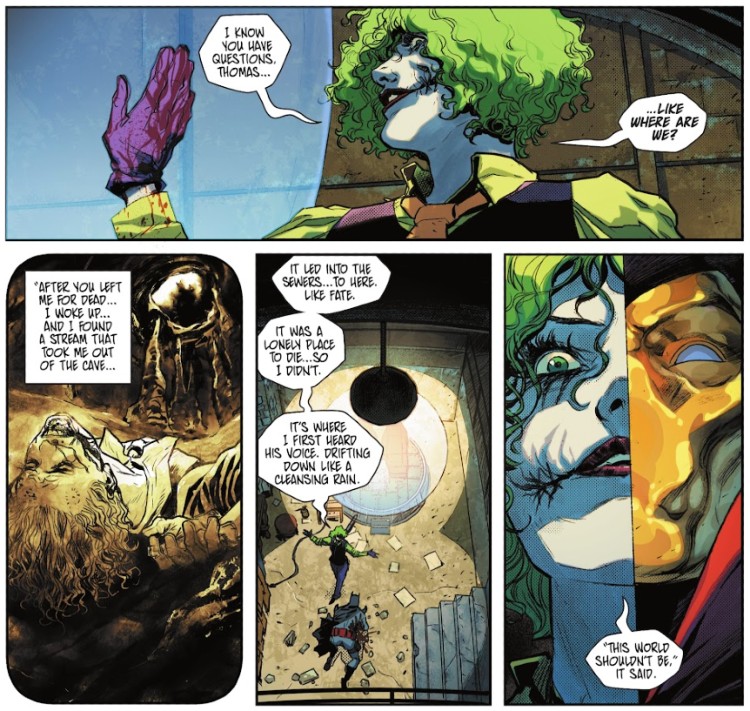 Joker’s new name is an unneeded wrinkle in the lore by Johns but since it is an alternate universe we shall see if “Jack Oswald White” sticks when, to most even now, he will always be Jack Napier.

NEXT: Rumor Claims Joker 2 Will Be Bloodier and More Gruesome, Lady Gaga Not Playing Harley Quinn