If you are anything like me, you are always looking for an excuse to head to the theater.

From the big screen, to the semi-comfortable seating, and even the sense of community you get when the crowd is fully engrossed in what they know is something special, despite all their recent hardships, movie theaters still hold a particular magic that just can’t be recreated at home.

Luckily, with October freshly here and the spooky season starting in full, various event providers and movie theaters are offering us the chance to experience this magic courtesy of some horror classics.

Below are some of the best special screenings that you can catch at a theater near you to help enhance your fright-levels this Halloween. 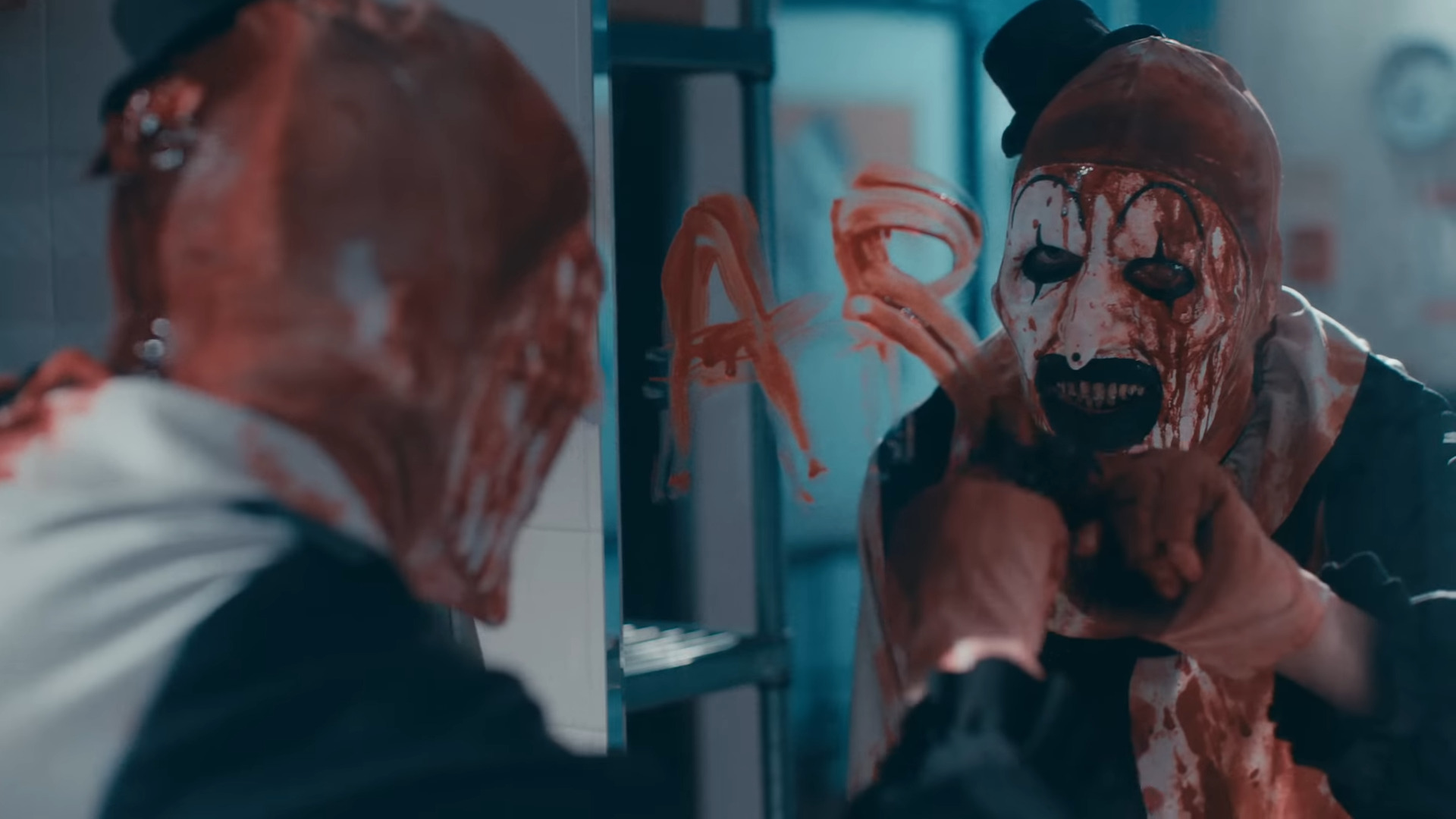 1. Universal Monsters –The Mummy, Bride of Frankenstein, The Creature of the Black Lagoon, and Phantom of the Opera

Admittedly a bit of a cheat to start things off, October will see Universal’s classic ‘Monster’ properties continue their march into high-definition. 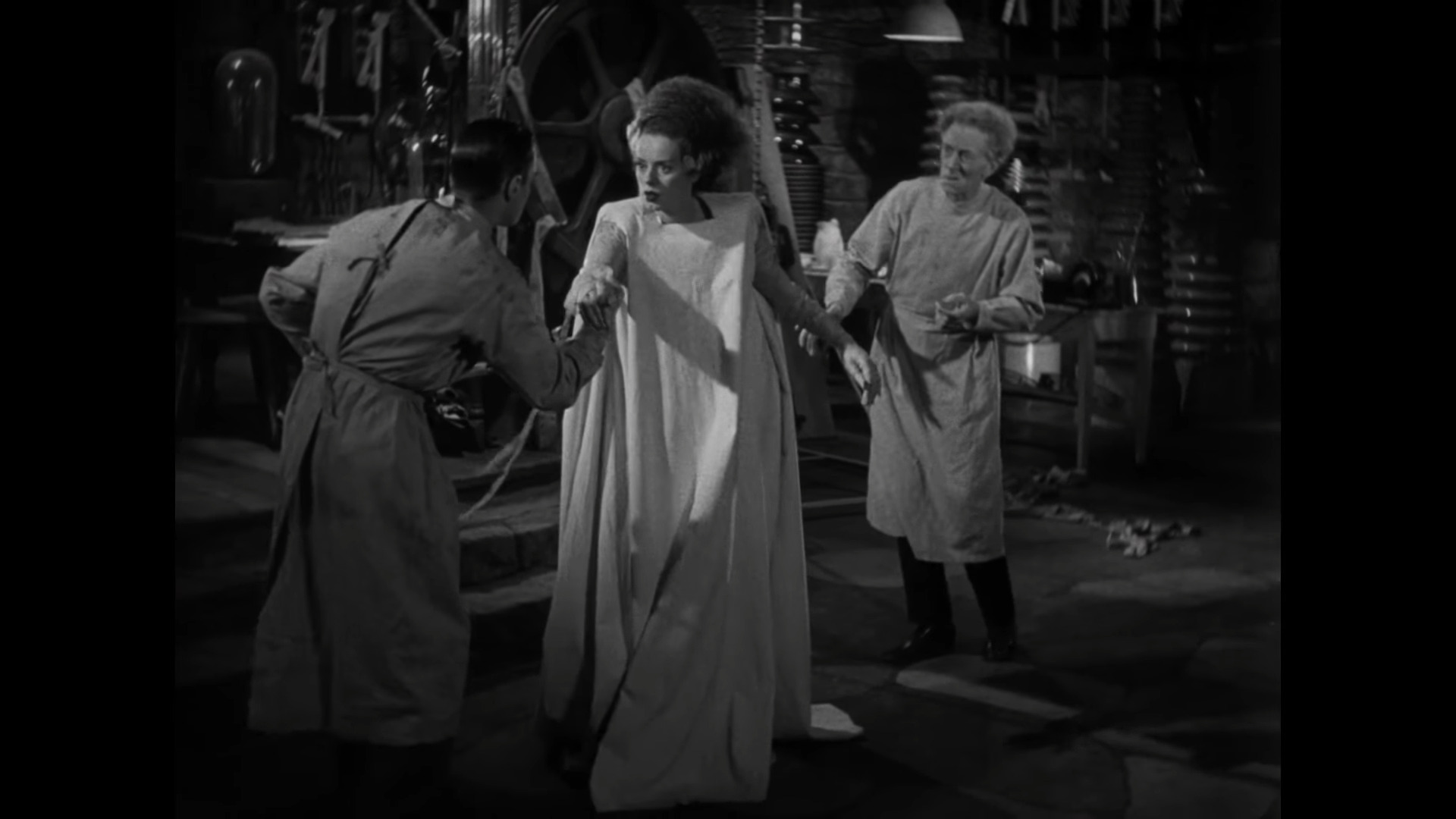 Even despite their titular studio’s variety of attempts to remake and reimagine them, there’s a reason these original incarnations continue to thrive.

As a property, the Universal Monsters have always been consistently present in the pop-culture zeitgeist, to the point where even if you’ve never seen a single frame of each creature’s respective movies, you likely know practically everything about them. 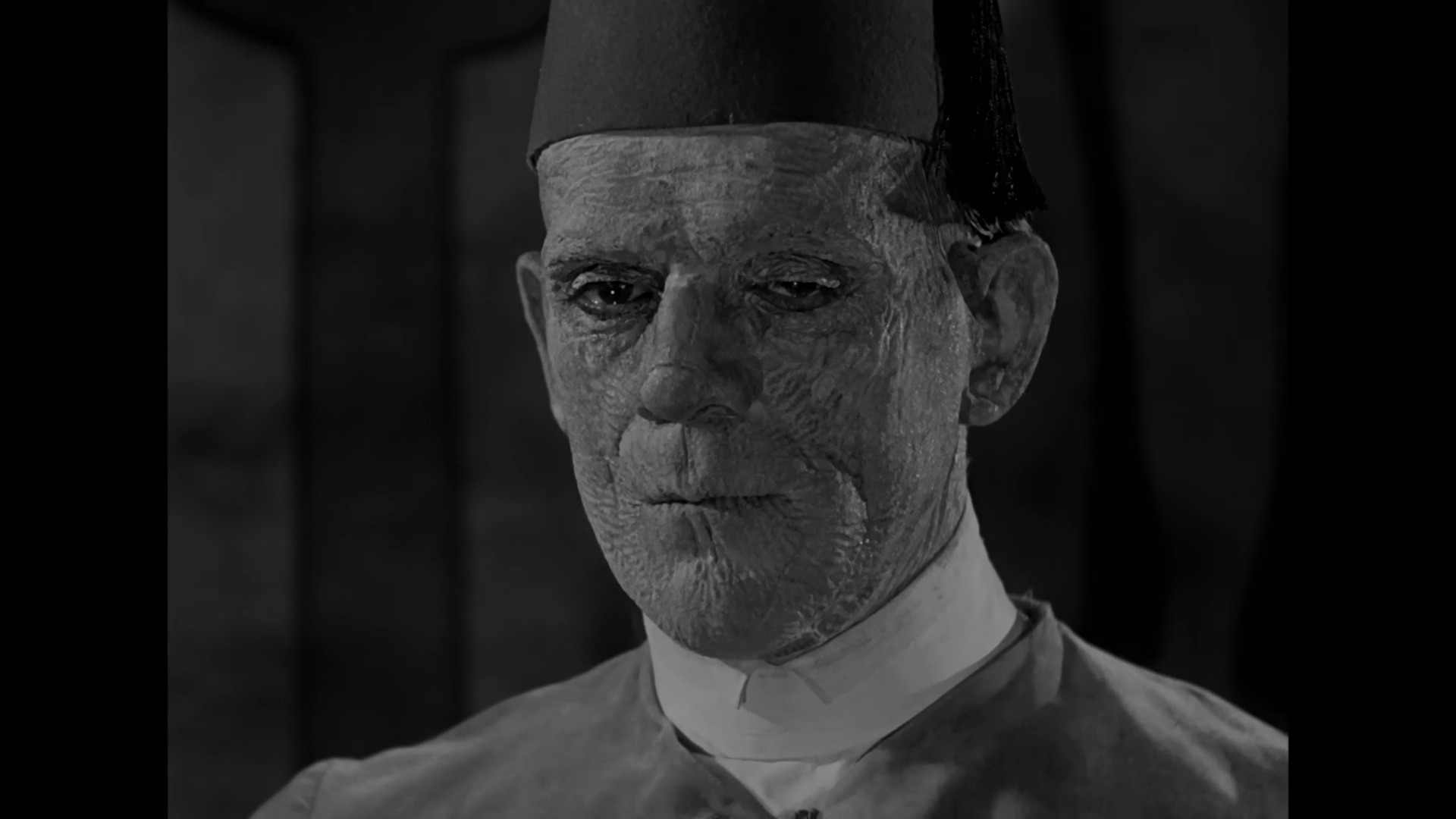 For those who haven’t, now you’ll get the chance to change that, as like Dracula and Wolfman in years past, Universal will be hosting holiday screenings for a quartet of their iconic monster films in honor of their upcoming 4K home video releases.

While The Mummy and Bride of Frankenstein have already seen their October 1st , one-night only engagement come and pass, The Creature from the Black Lagoon and The Phantom of the Opera will close things out with their own one-night showing on October 29th . 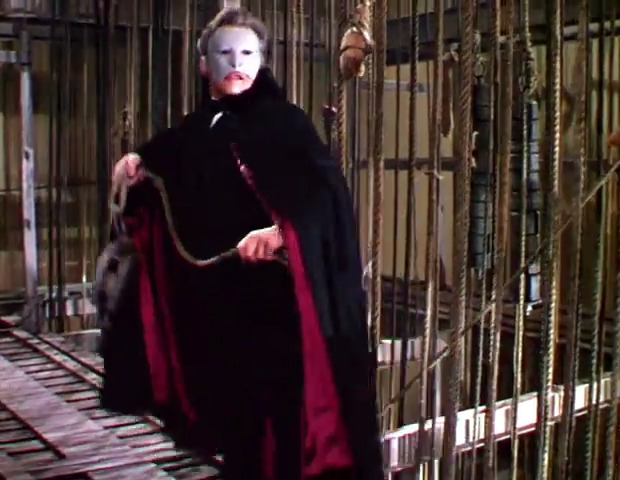 Source: The Phantom of the Opera (1943), Universal Pictures

Another legend making its way back to theaters, in honor of its 30th anniversary, this season will see Bram Stoker’s Dracula hit the silver screen in glorious 4K. 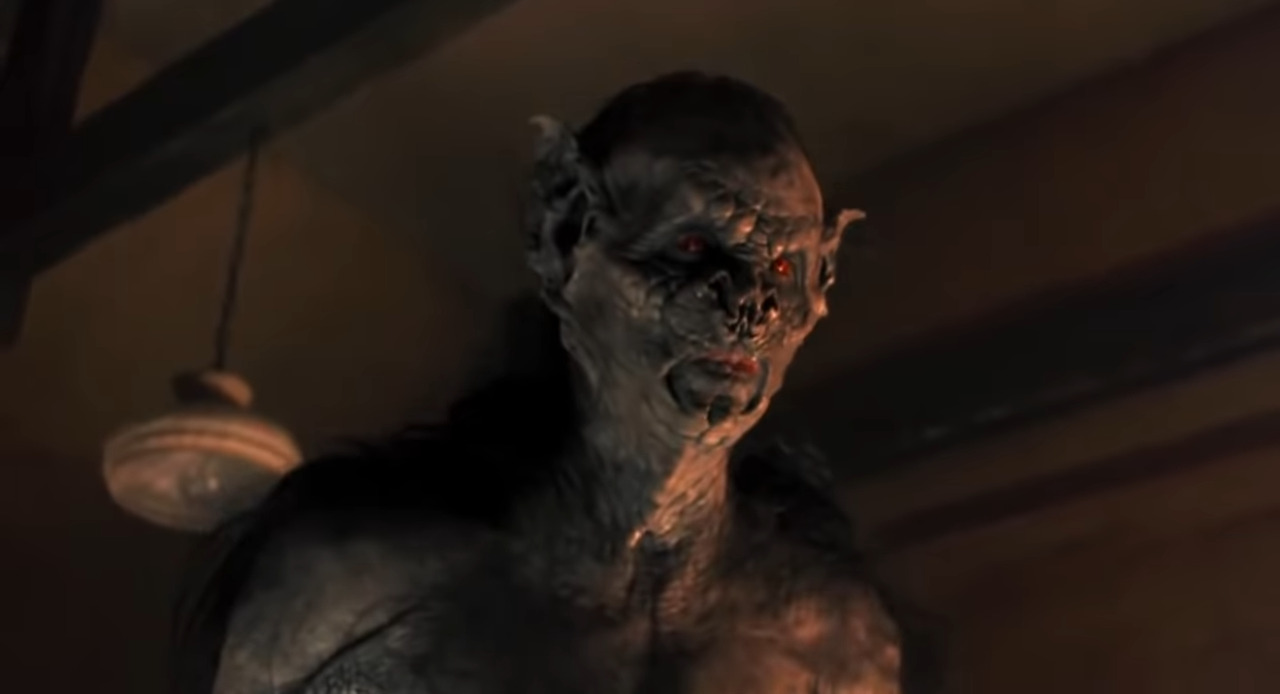 A rare example of a successful reimagining, Bram Stoker’s Dracula is considered to be the most faithful adaptation of the original legend, hence why his name is a part of its full title – you have to recognize him every time you reference his work. 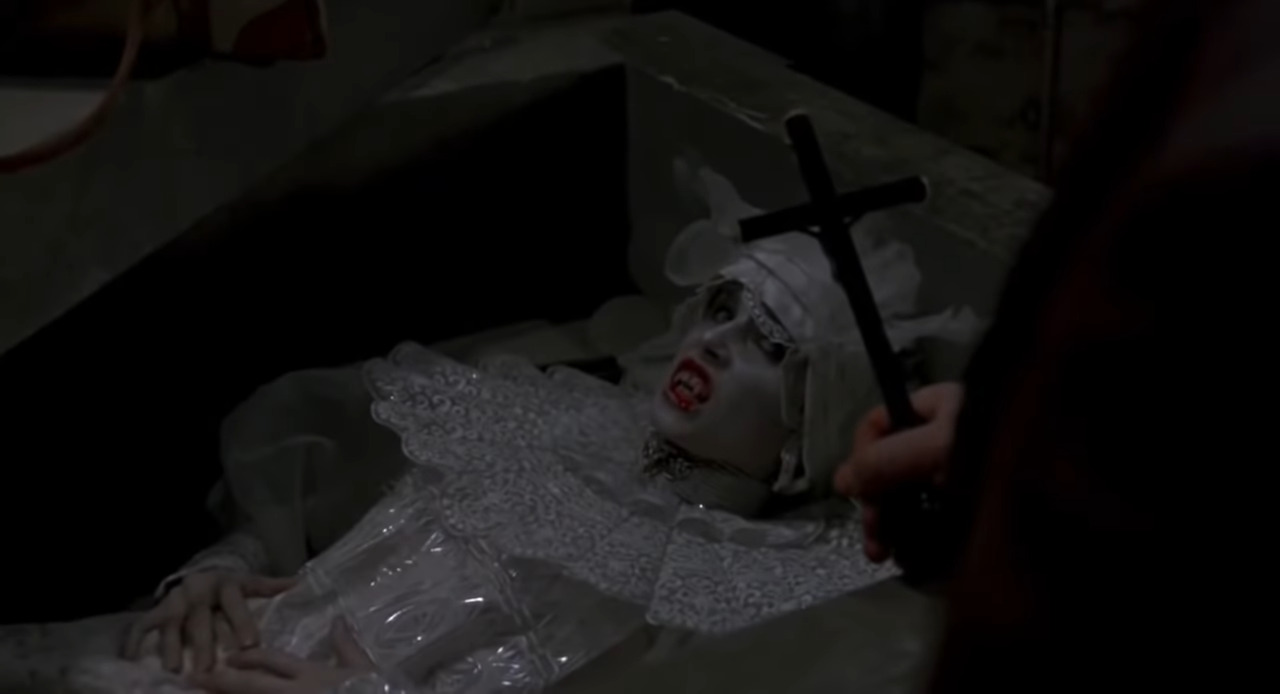 Bram Stoker’s Dracula is considered the most faithful adaptation of the original story that kicked off the legend of Dracula, which is why the authors is even part of the title. You have to say it every time, the whole thing.

However, it still does take a few liberties, most notably depicting its eponymous character – as played by Gary Oldman of Lost in Space and Christopher Nolan’s Batman trilogy fame – into more of a tragic and romantic rigure instead of just a 2D monster-man. 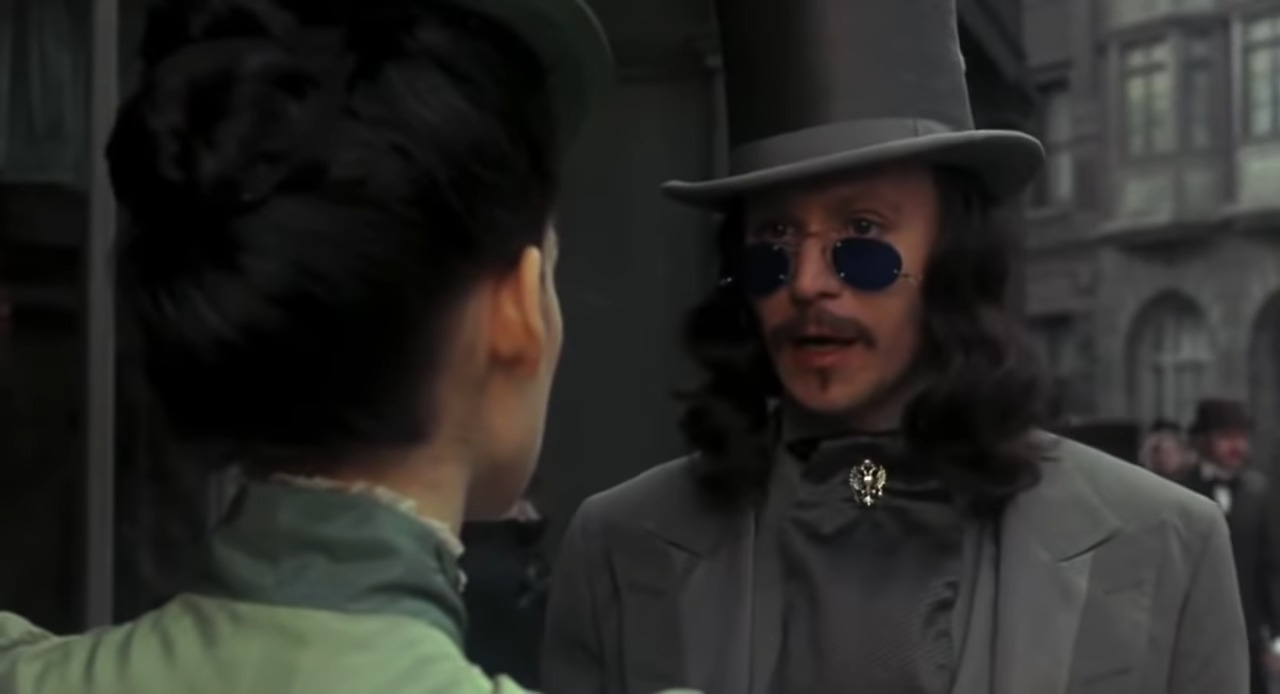 Directed by Francis Ford Coppola, Bram Stoker’s Dracula combines incredibly creative practical and in camera effects and a genuinely creepy atmosphere to bring something special to the film, and regardless of its minor hiccups – Keanu Reeves attempting a English accent, to name one – it’s still a must-watch for any fan of the genre.

Bram Stoker’s Dracula comes to theaters on October 23rd and 27th by way of Fathom Events. 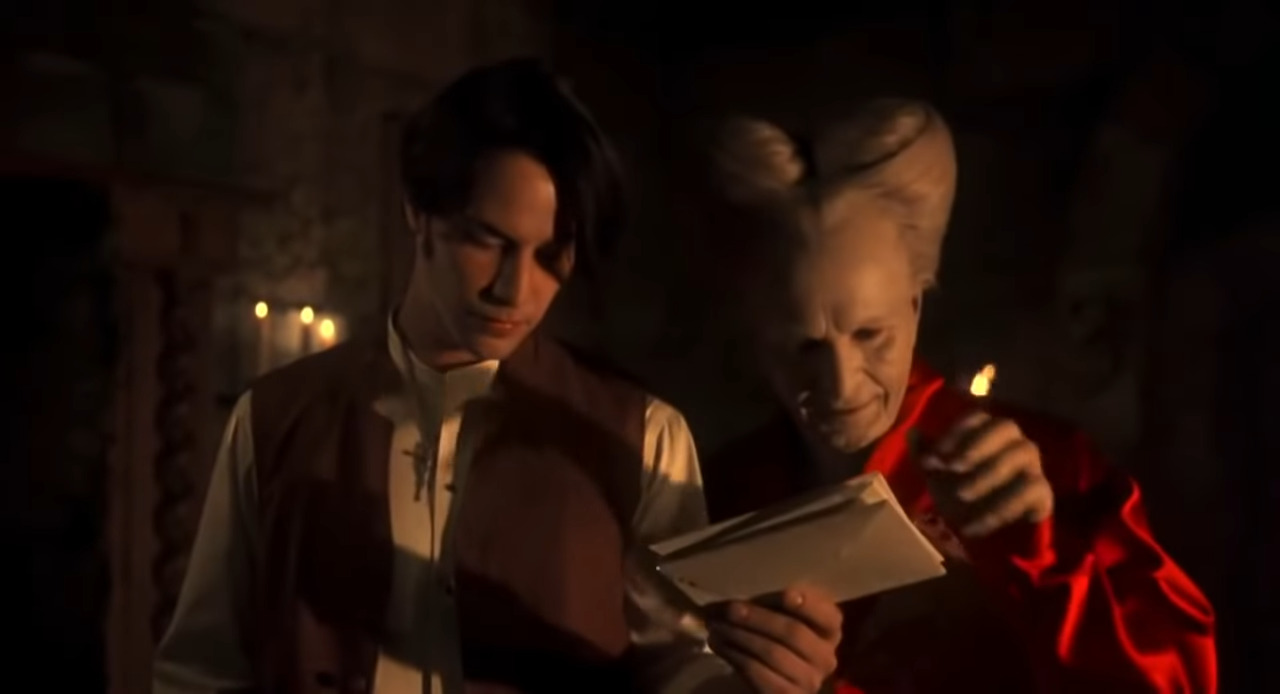 Originally released as a straight-to-DVD flick you may have seen in Wal-Mart’s bargain bins, Trick ‘r’ Treat has since evolved into such a cult classic that it’s finally getting a proper theatrical release nationwide. 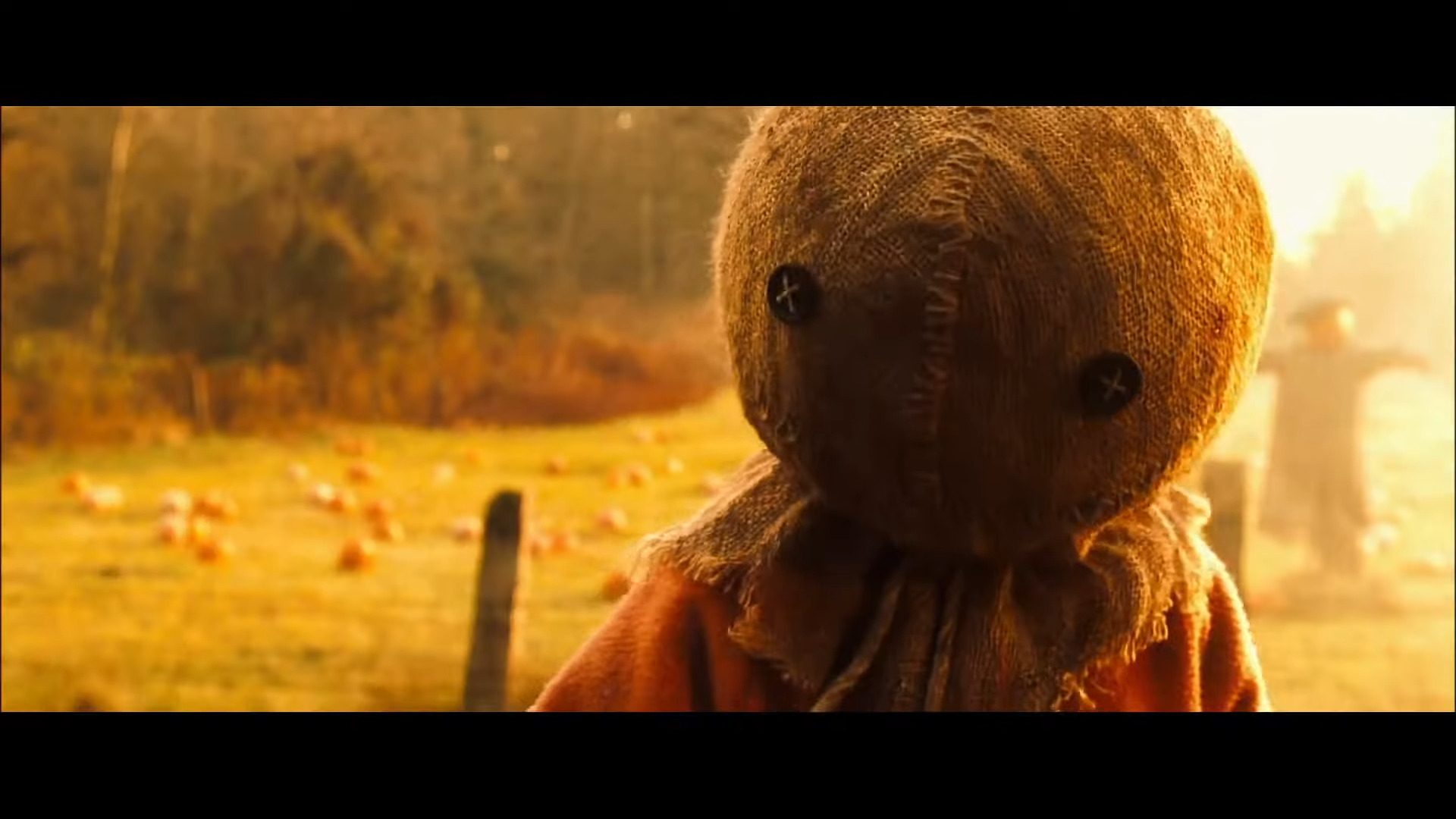 Presented as an anthology of loosely-connected horror stories, Trick ‘r’ Treat as a whole introduces the world to Sam, a creepy little boy in footie-pajamas and wearing a burlap sack on his head who serves as an avenging holiday spirit, punishing all who break the rules of Halloween.

Trick ‘r’ Treat makes is set to makle the leap to theaters with select showings on October 6th , 8th, and 11th. 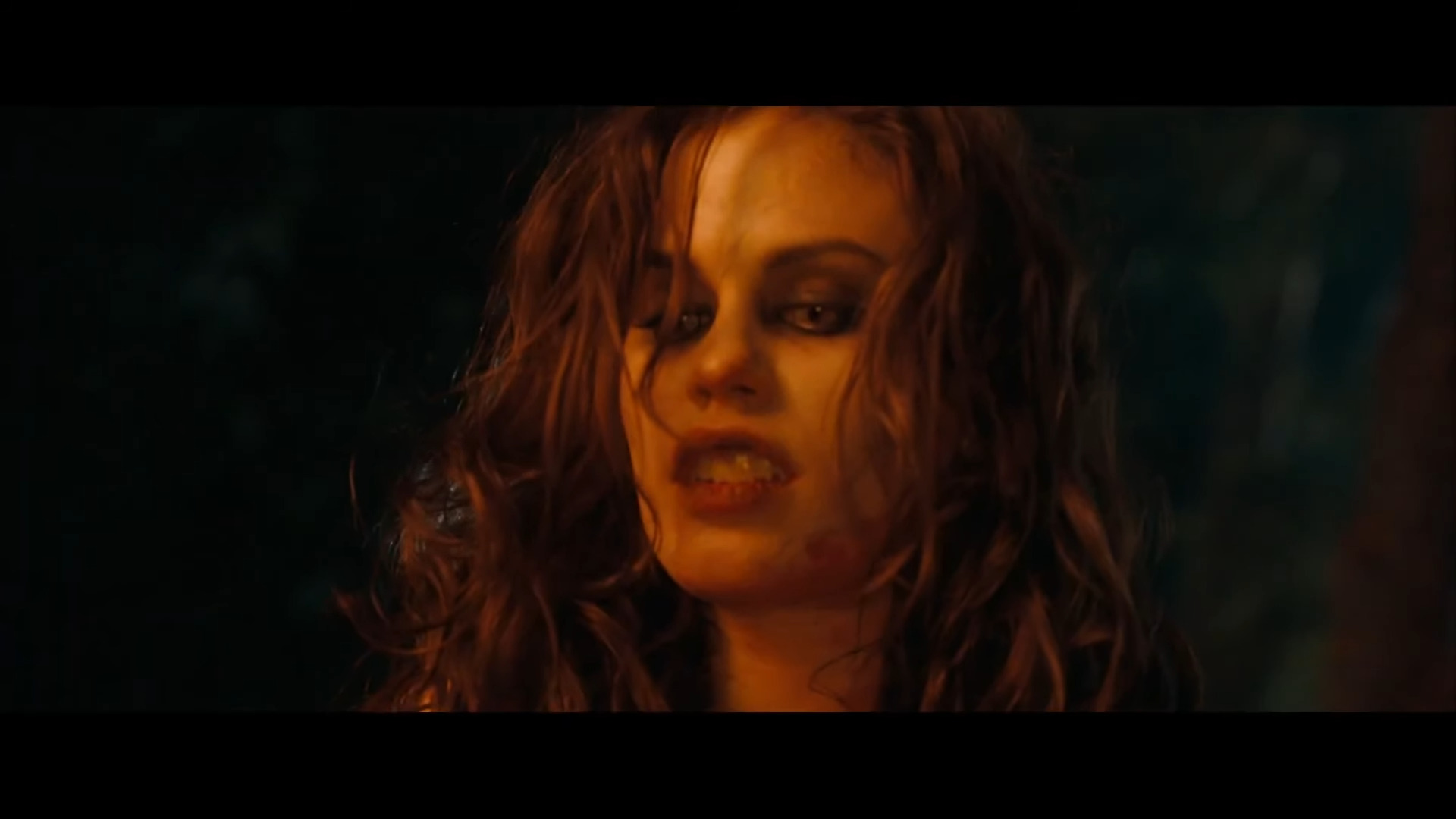 Like any good Halloween, it’s time to send in the clowns – or at least one clown, to be specific, as Art is ready for another bloody good time. 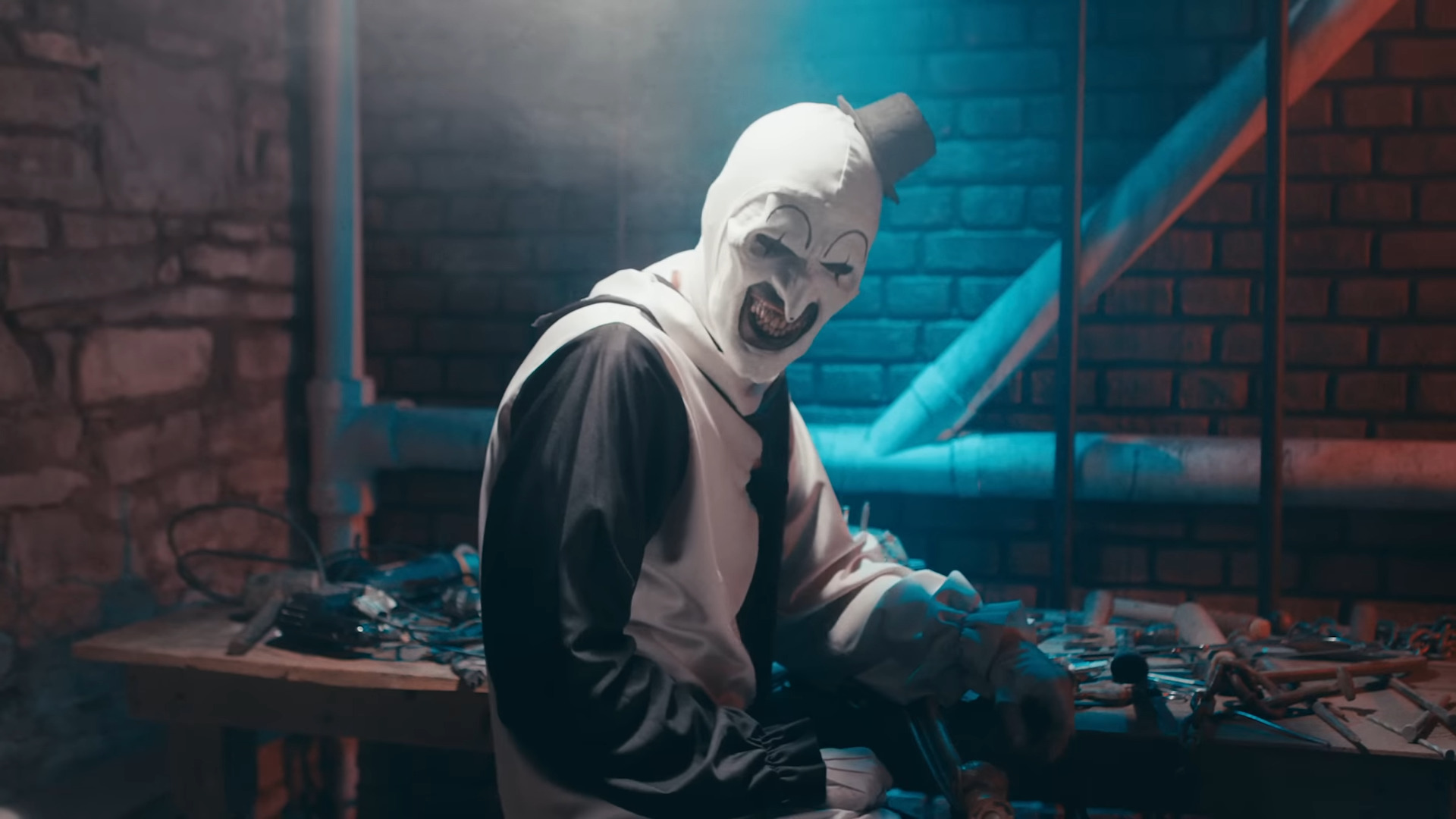 Starting life as a character in the horror anthology All Hallows’ Eve, Art the Clown was popular enough to get his own spin-off movie in Terrifier. And now, this relateive horror newcome is not only getting a sequel, but also set to have its first proper theatrical debut.

With help of a recent Indiegogo Campaign, writer and director Damien Leone is bringing back his iconic creep to wreak further havoc on even more victims. 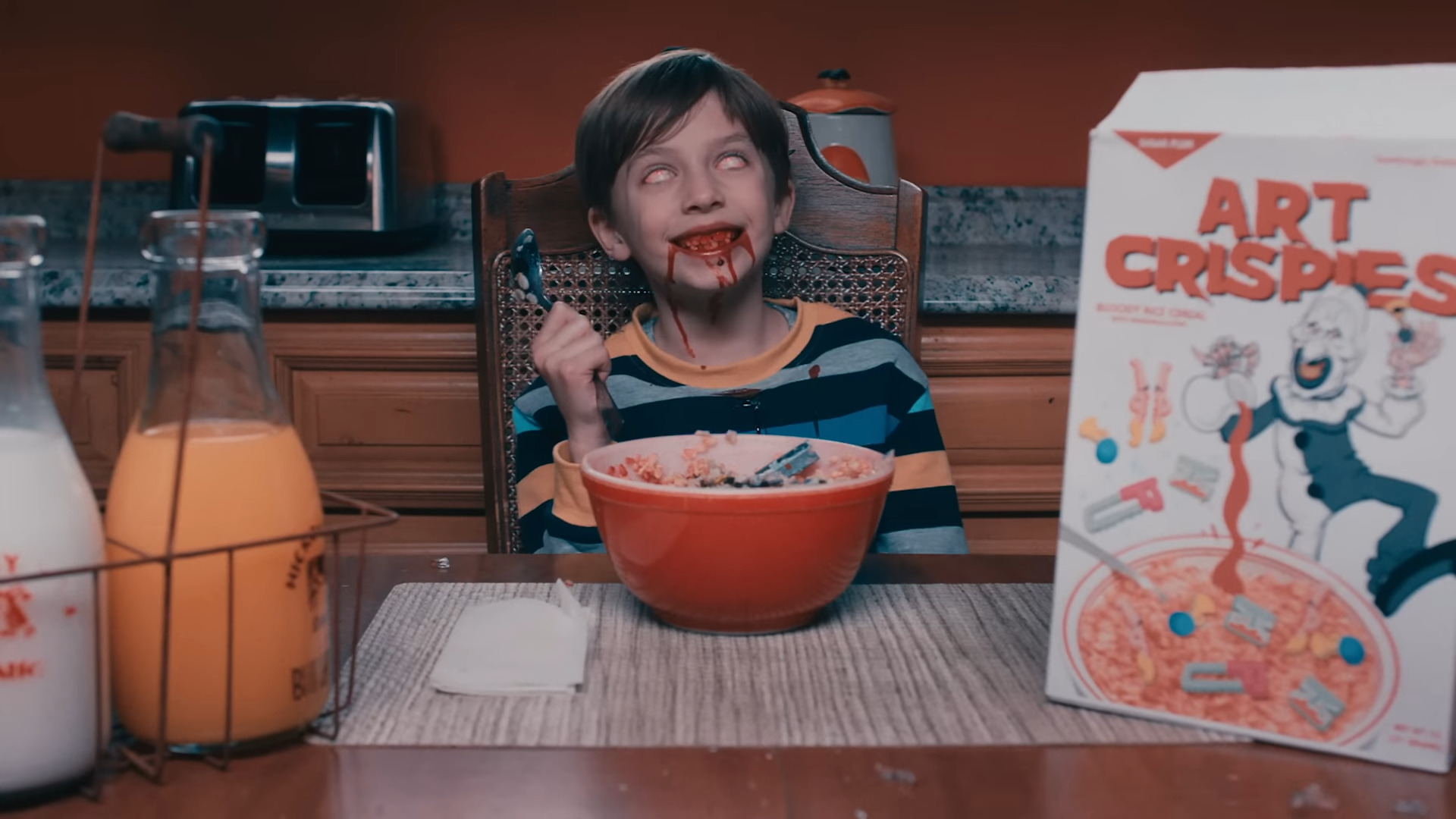 Notably, AEW superstar current Ring of Honor champion Chris Jericho will feature in the film’s cast. An outspoken fan of the entire spectrrum of horror, Jericho even once said that 1976’s Bloodsucking Freaks holds a spot amongst his top films.

Between Jericho’s star power and the chance to catch a new slasher icon on the rise, Terrifier 2 will be a must-see when it hits theaters for a limited run on October 6th-8th. 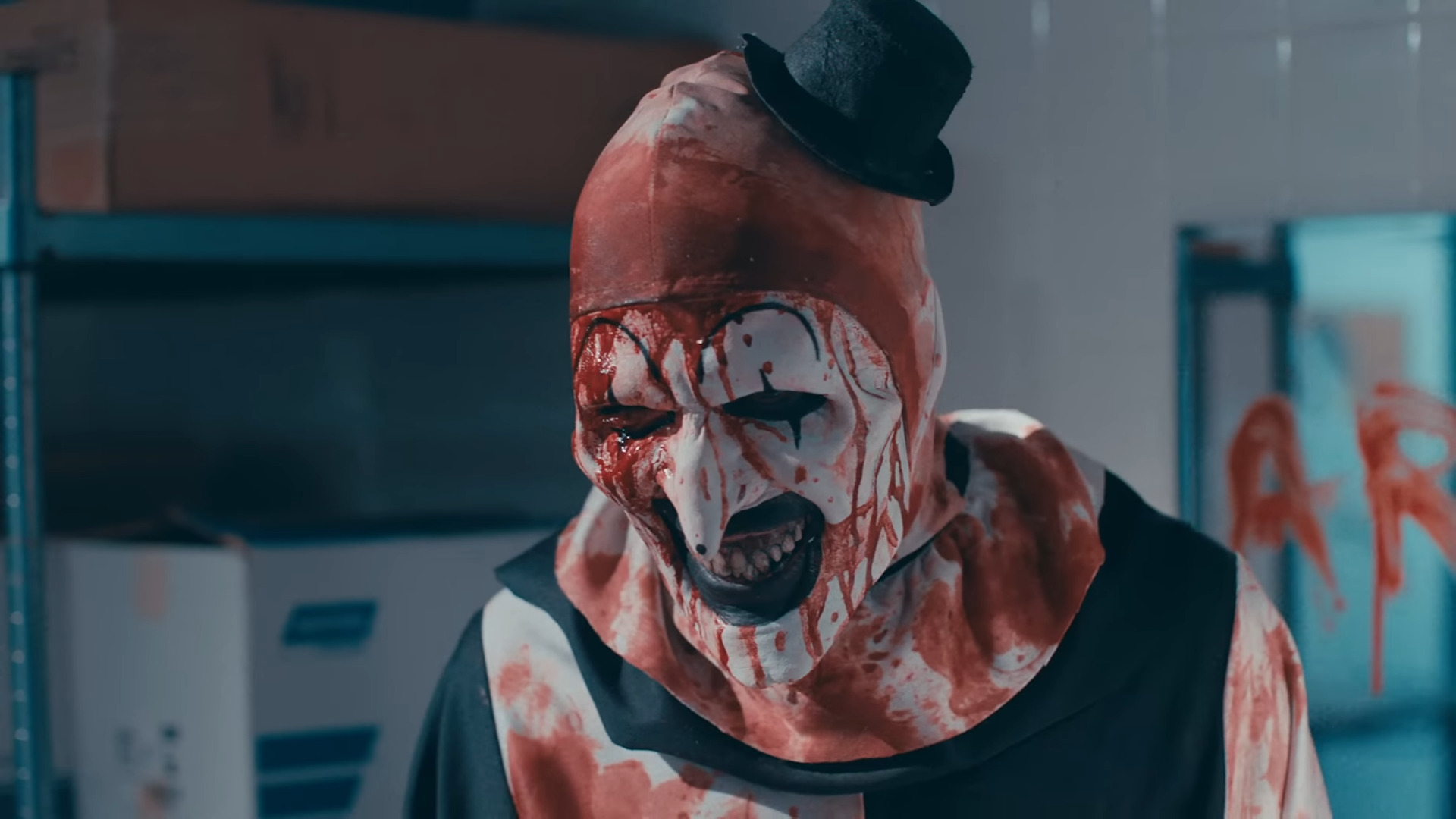 Celebrating both its 25th anniversary and riding the hype of both its recently released and upcoming sequels, Scream 2 is back to stab terror into the hearts of moviegoers. 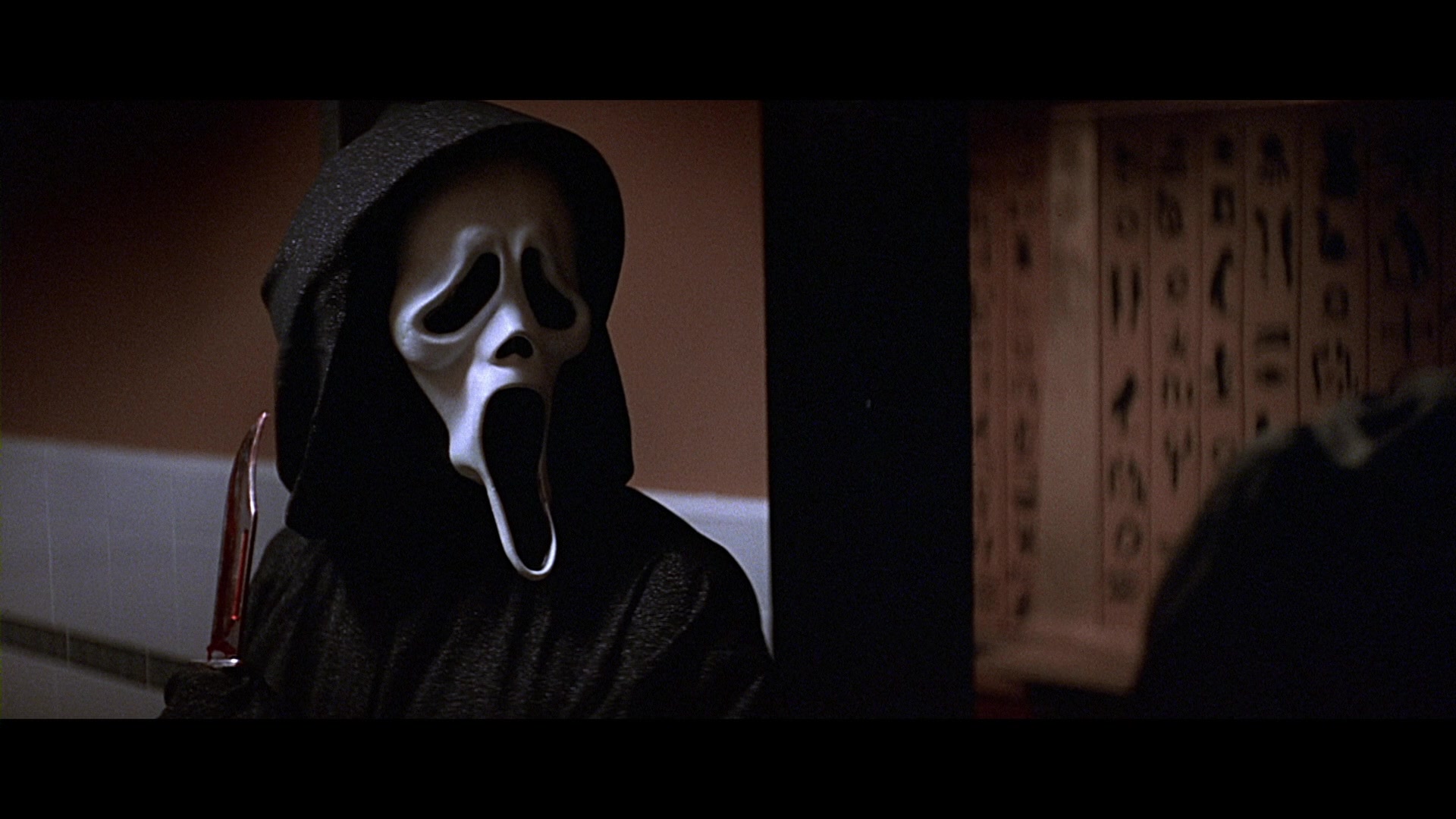 Originally released in 1997, Wes Craven’s meta-slasher-sequel returns to the concept in a new way by having the events of the first film being turned into an in-universe horor film called Stab.

The production of this film in turn sets off a chain of events that results in the appearance of another Ghostface and leads its protagonists into a classic race to figure out the mystery of the man behind the mask. 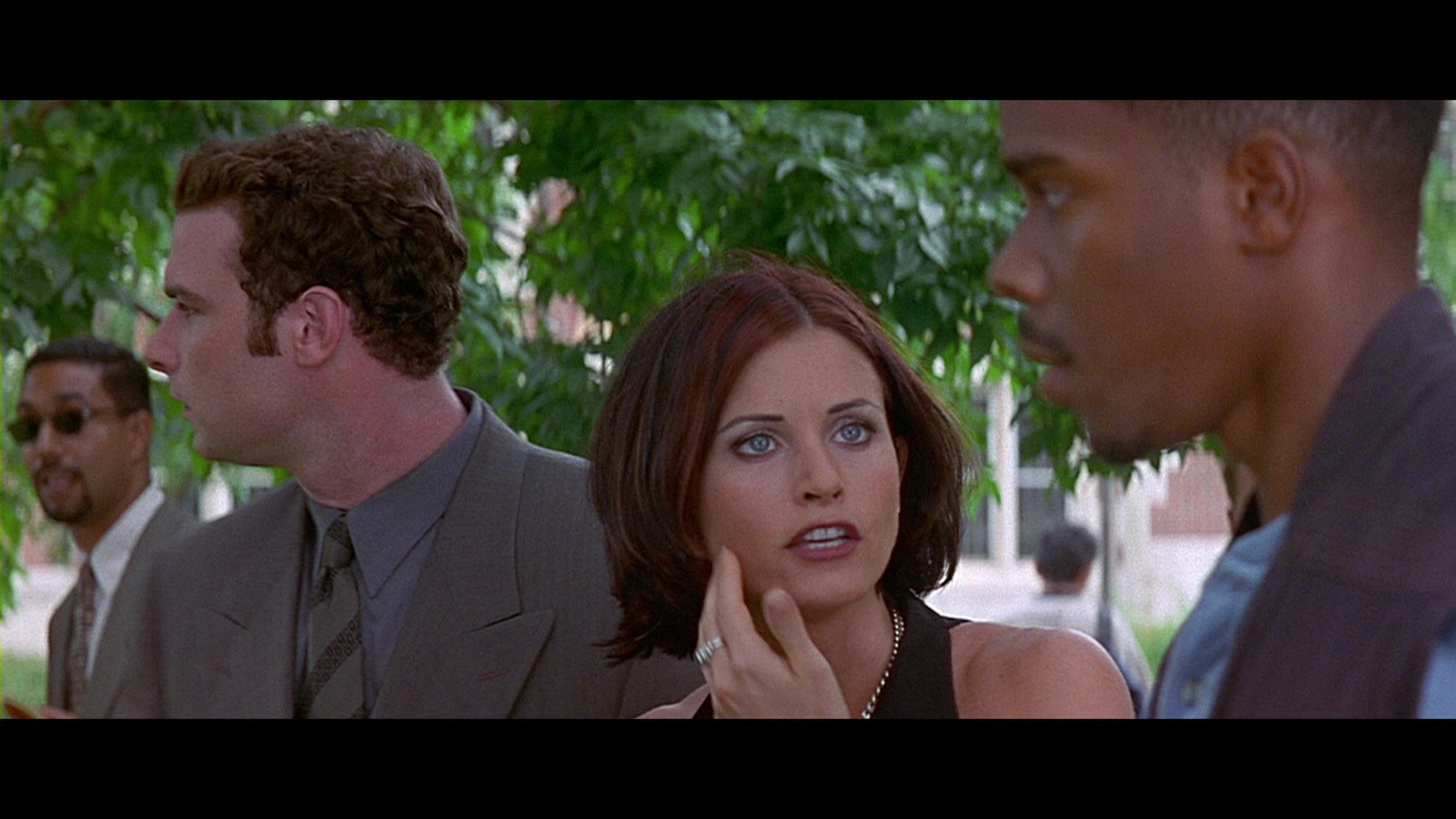 Returning to theaters in 4K ahead of its similar-definition home release, interested viewers can check out Scream 2 for two-nights only on October 9th and 10th . 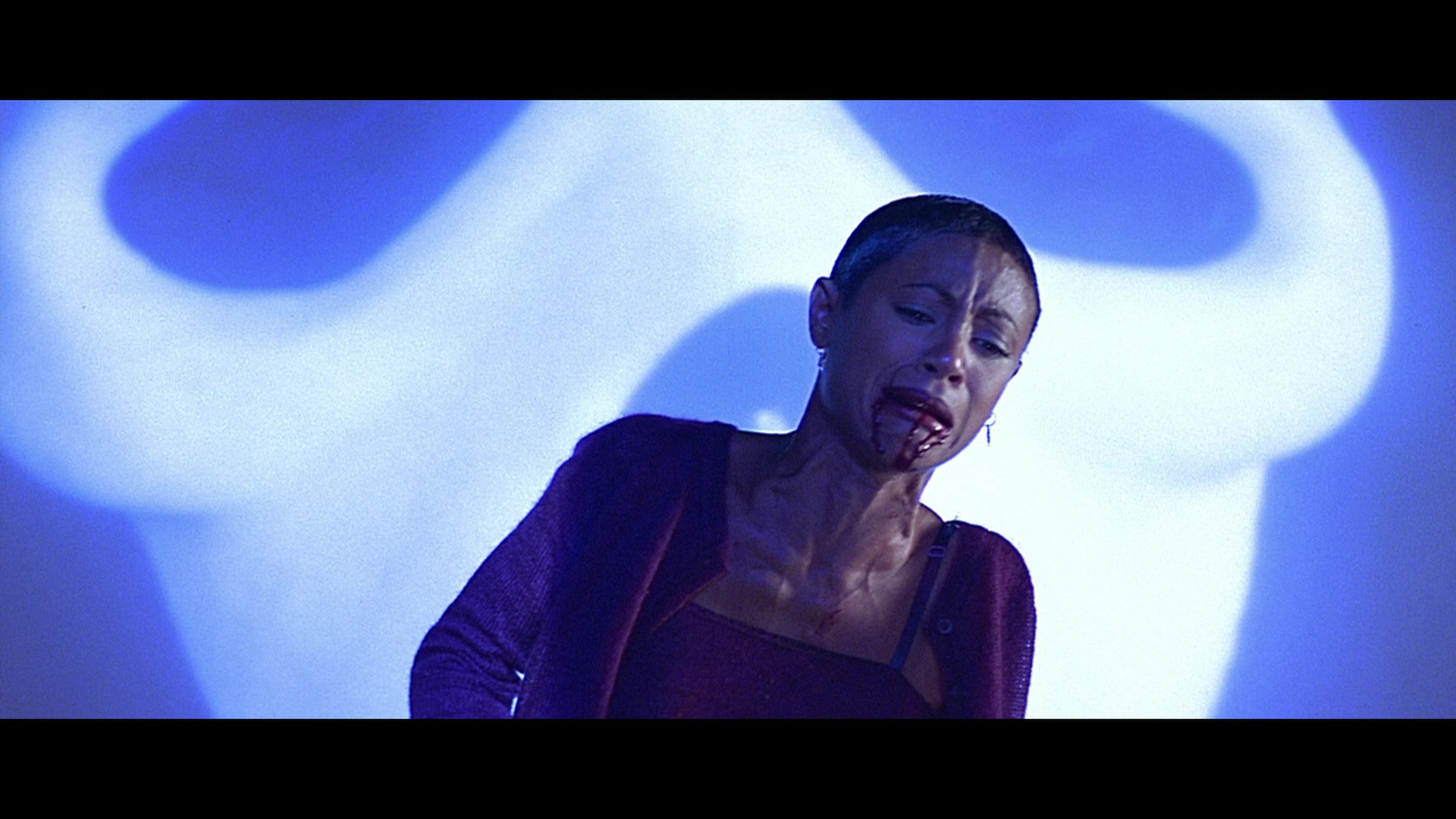 Coming by way of director Joel Schumacher, who many may know for his work behind the camera on The Incredible Shrinking Woman and Batman & Robin, The Lost Boys is one of the most memorable vampire reimaginings to ever come out of Hollywood. 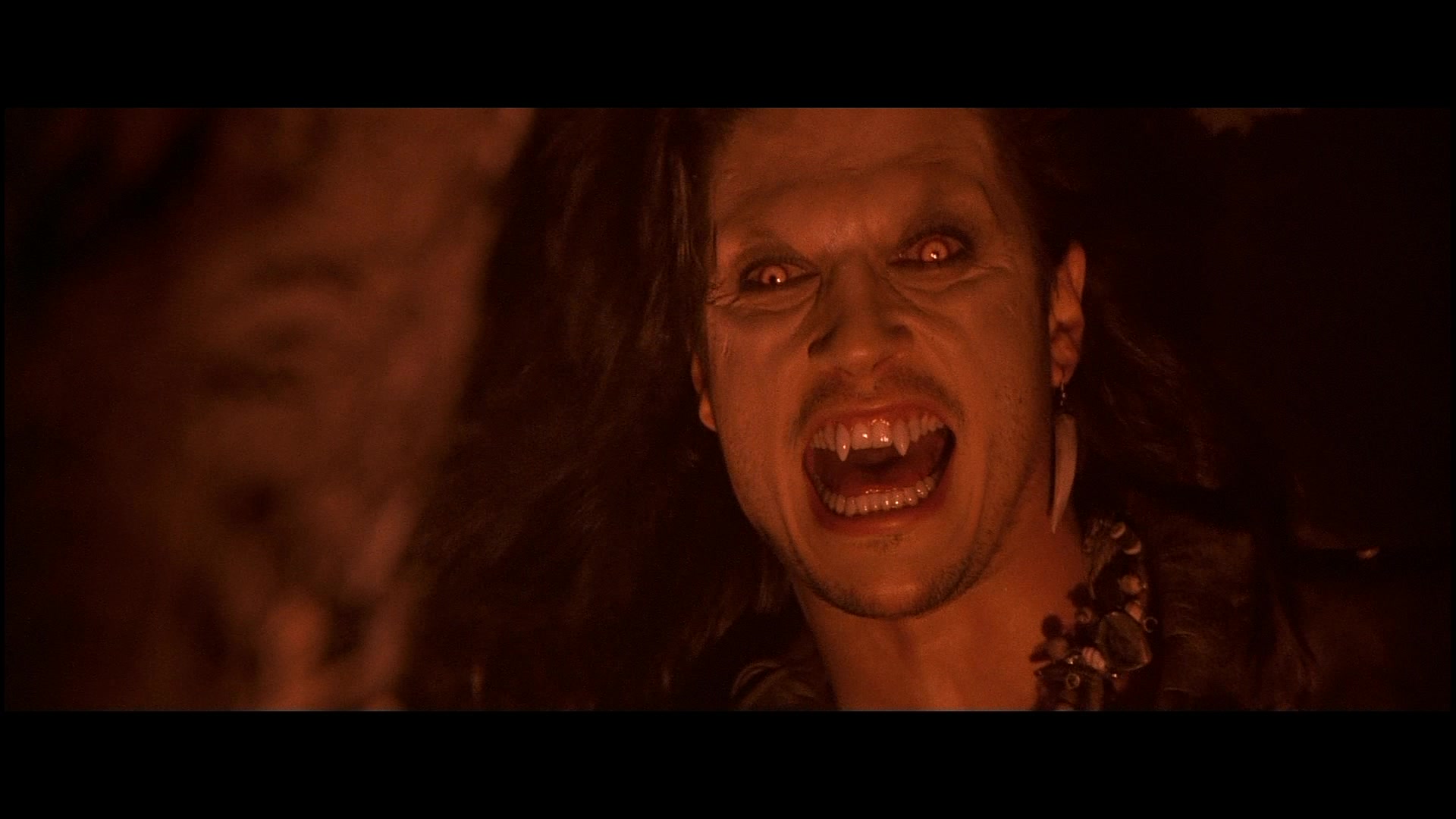 Set in a fictional California beach town, this 1987 cult classic follows two kids, Michael (Jason Patric) and Sam (Corey Haim), who find themselves caught up in a youth biker gang – which in reality is nothing more than a front for a group of vampires led by the mysterious David Powers (Keifer Sutherland). 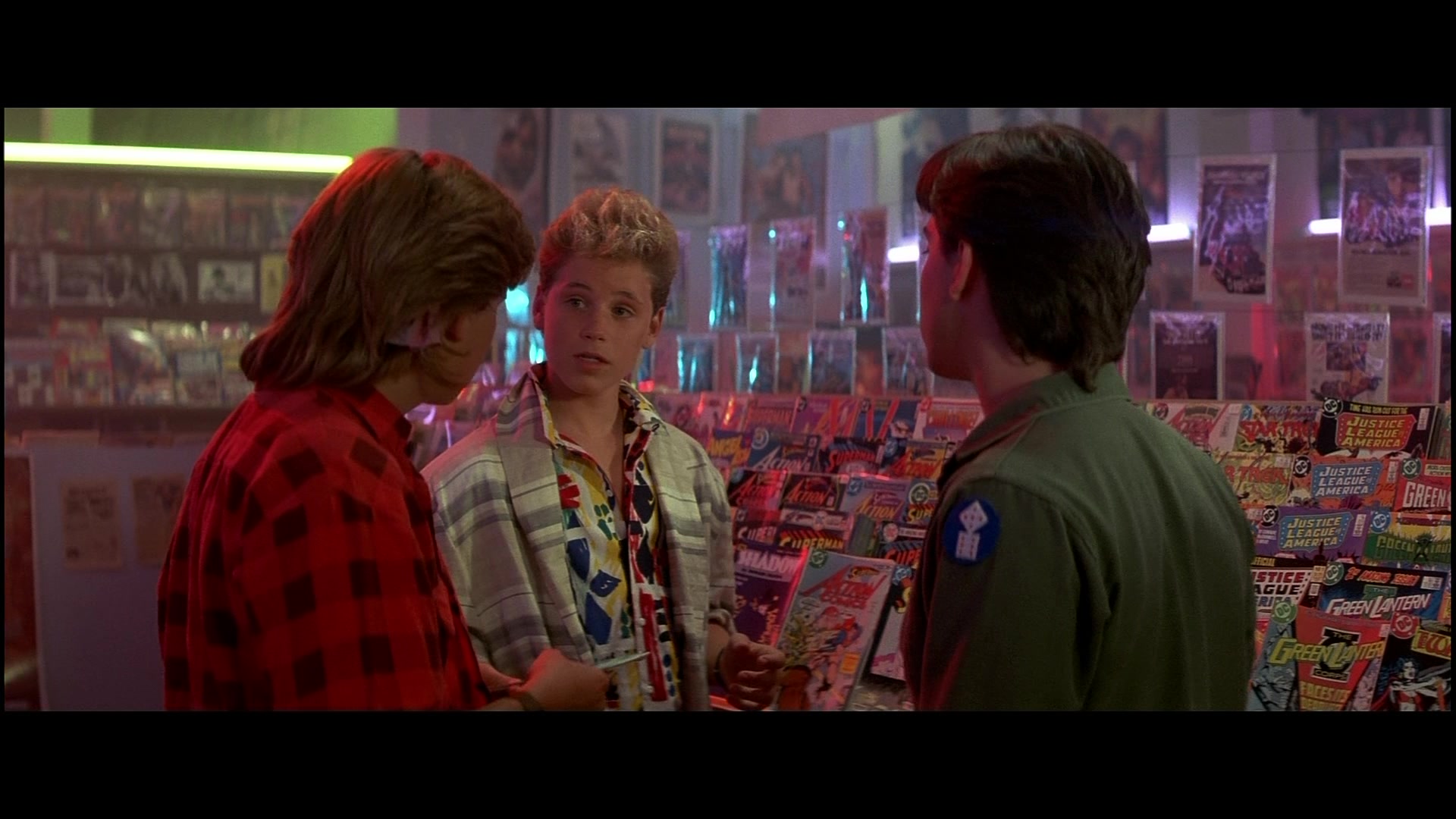 Eventually, the two team up with self-proclaimed vampire hunters The Frog Brothers (Corey Feldman and Jamison Newlander) to rid the town of the vampire threat before they themselves fall victim to their appetities.

Fans can catch the inveitable showdown for the first time – or relive it – when The Lost Boys screens in theaters on October 9th and 12th. 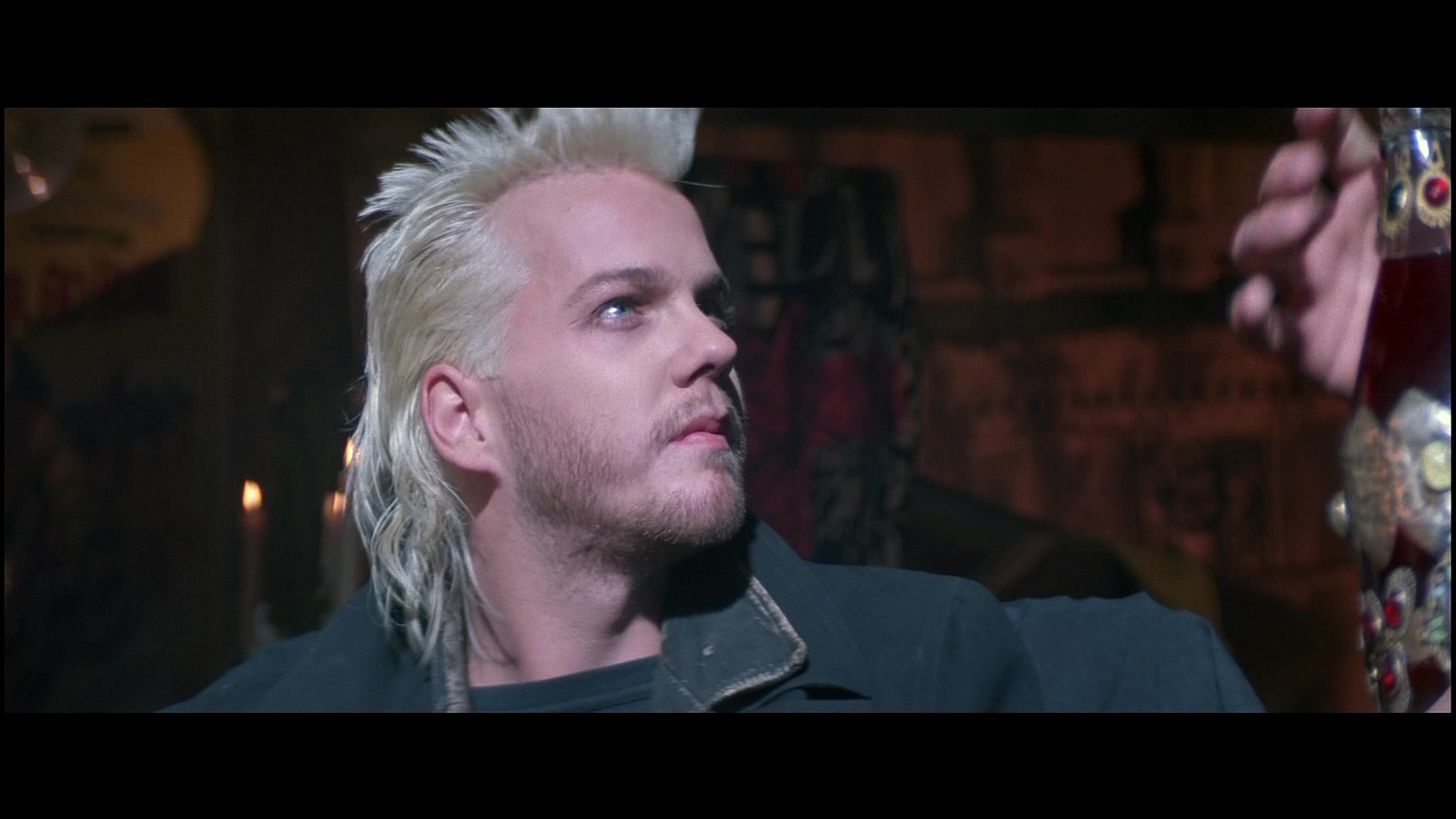 A no-brainer entry, Halloween seems to have made it a yearly-tradition to release in theaters around the time of its eponymous holiday.

However, this year’s screenings will hold just a bit more significance as the end of the franchise’s most recent trilogy will also premiere near the end of the month.

Whether you’re looking to catch up on the story of Michael Meyers before witnessing the supposed ‘End’ of his story or if you’re just in the mood to rewatch what is arguably the perfect slasher film, you’ll have a trio of opportunities across October.

And finally, the arguably most exciting screening you can catch this October comes in the form of a fantastic undertaking which I personally thought would forever be relegated to specialty theaters. 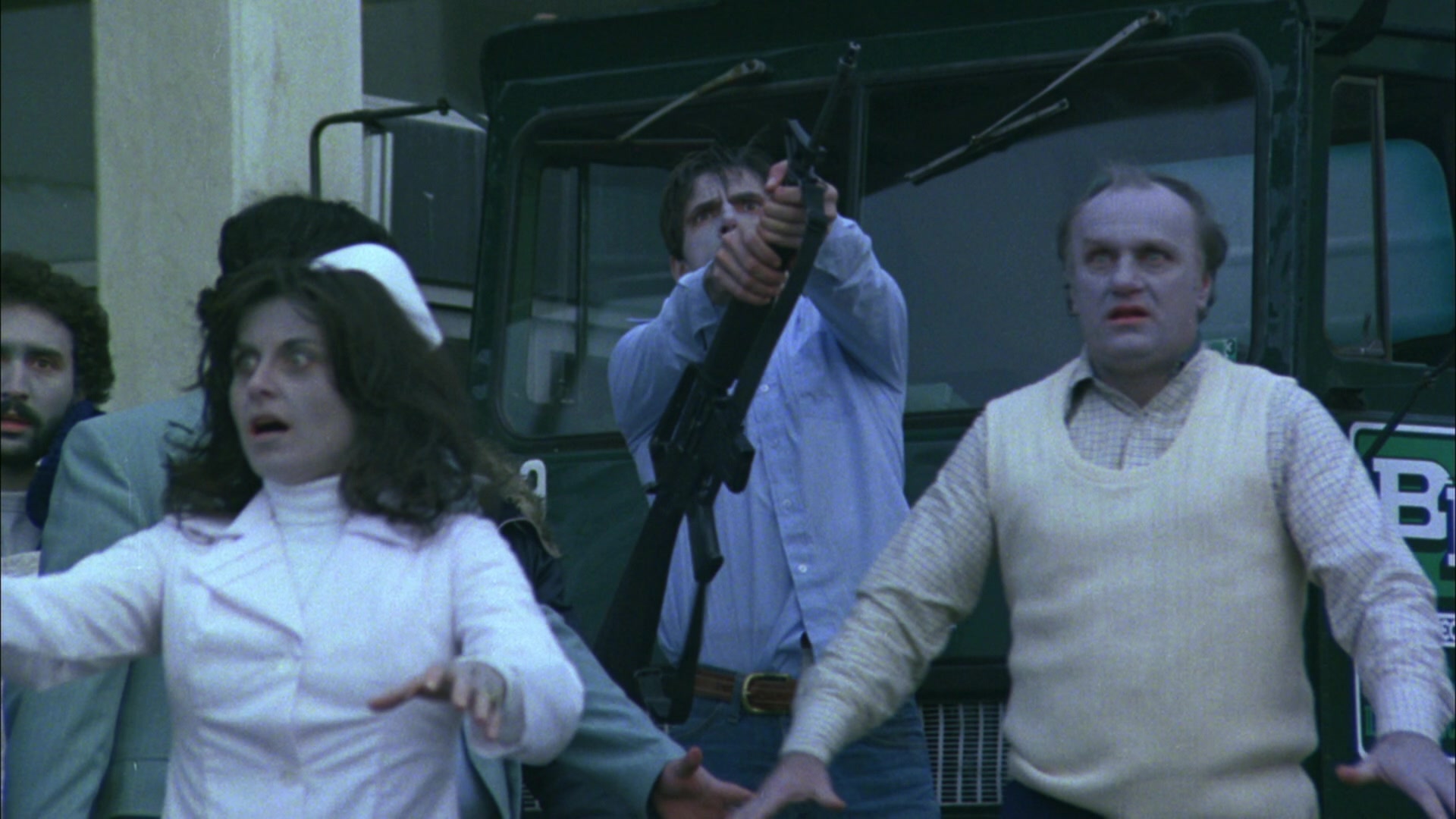 The most well-known and reference zombie movie in the history of cinema, George A. Romero’s seminal horror outing has been painstakingly restored to 4K and converted to 3D, resulting in the aptly named Dawn of the Dead 3D.

A few years ago, I had the opportunity to see this version via a local screening set up by a friend of mine with experience in hosting independent horror fests. 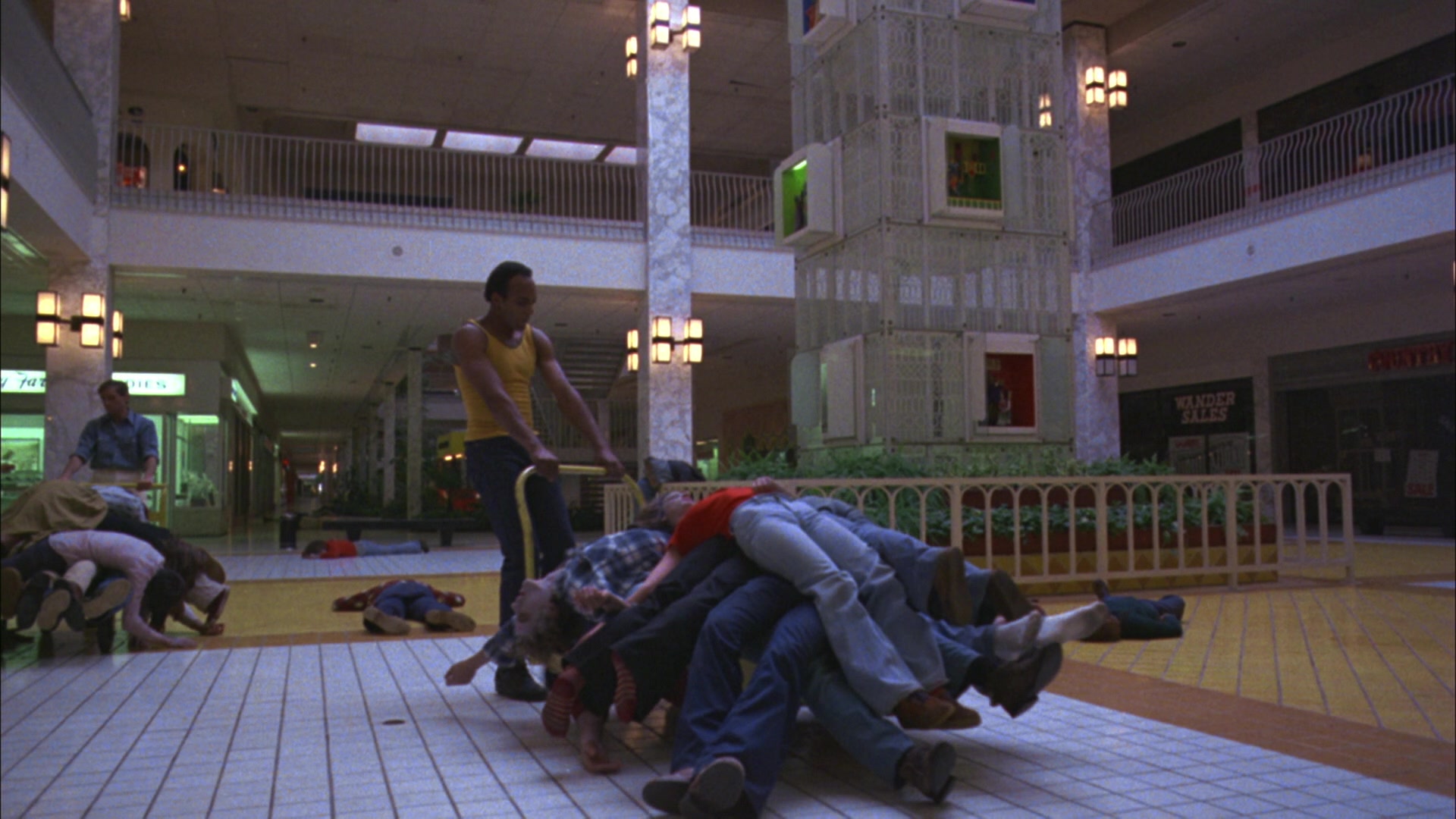 Sitting in that packed house, we were informed that we were some of the first people to see this version of Romero’s work. Suffice to say, it was a treat.

Many consider 3D to be a cheap gimmick, and in many cases, it is, especially when used hapharzardly or lazily (Hollywood’s focus on ‘things flying right at you’ being the worst example of these twin philosophies). 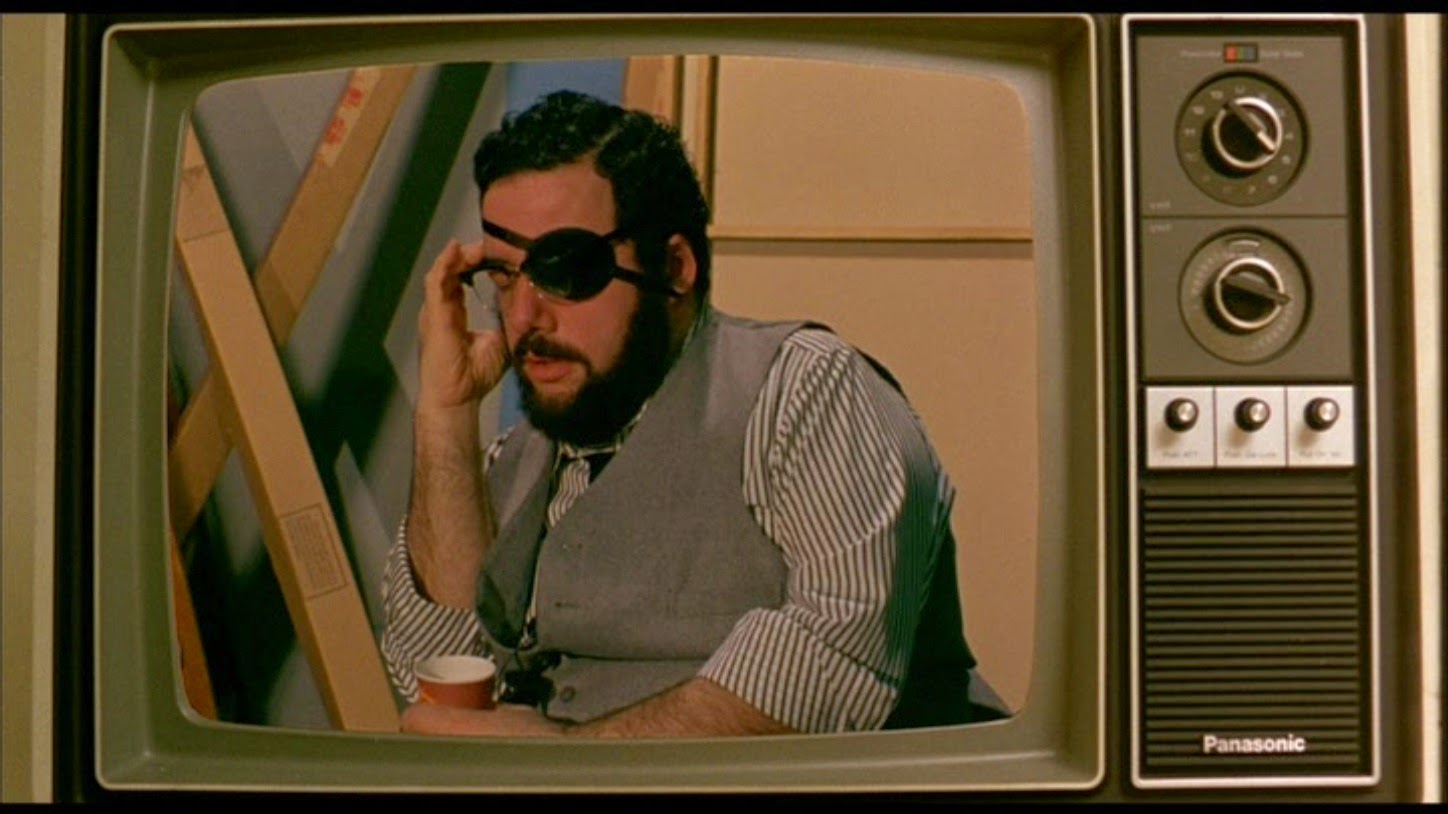 But when used right, such as to emphasize a scene’s depth, 3D effects can bolster an already amazing experience.

Personally, I know a 3D conversion was done right when I feel more compelled to reach into the scene than worried about which on-screen item will be the next to jump out at me. 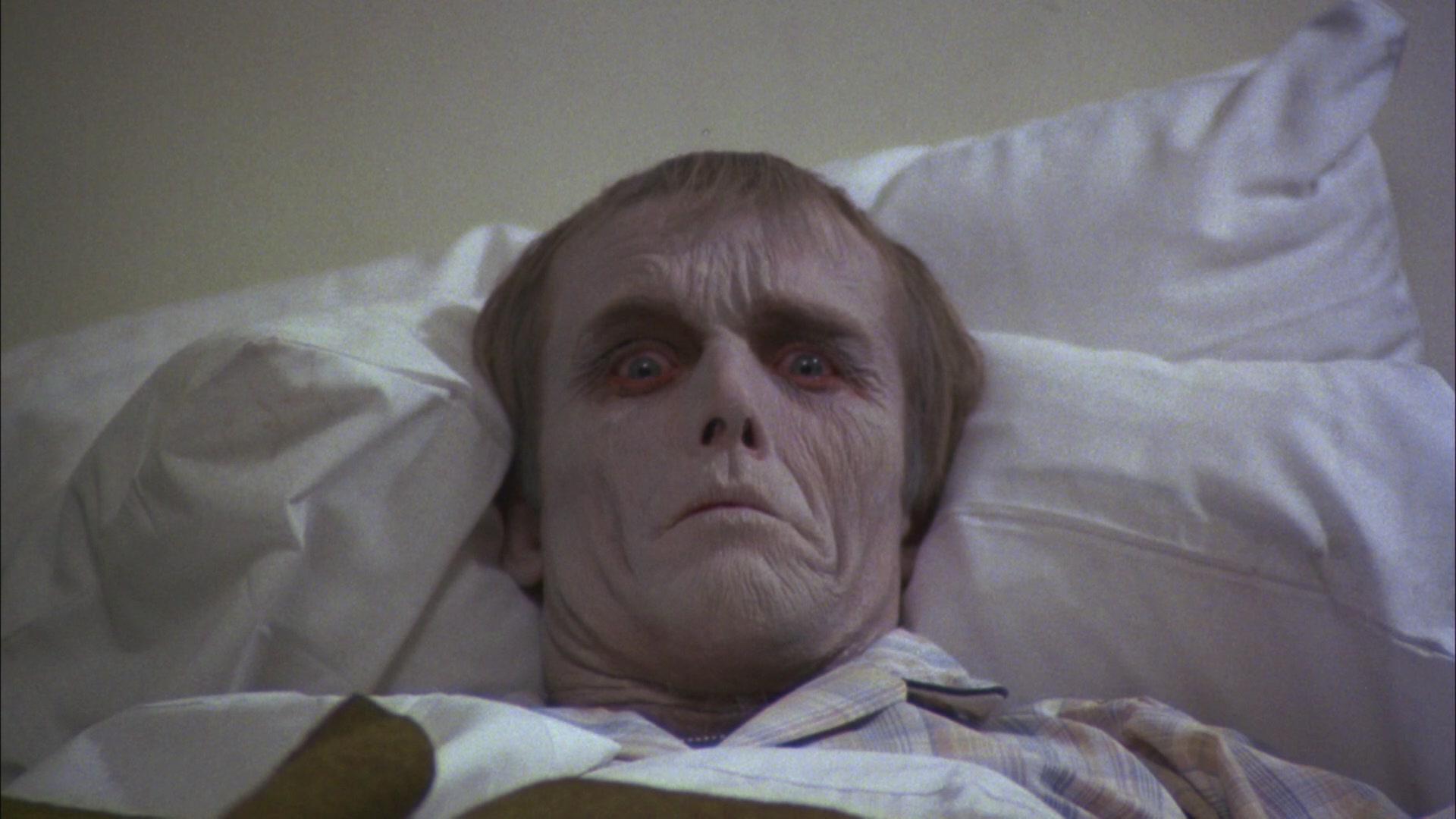 Screening exclusively via Regal Cinemas, Dawn of the Dead 3D closes out the spooky season with a high note on October 28th-31st. 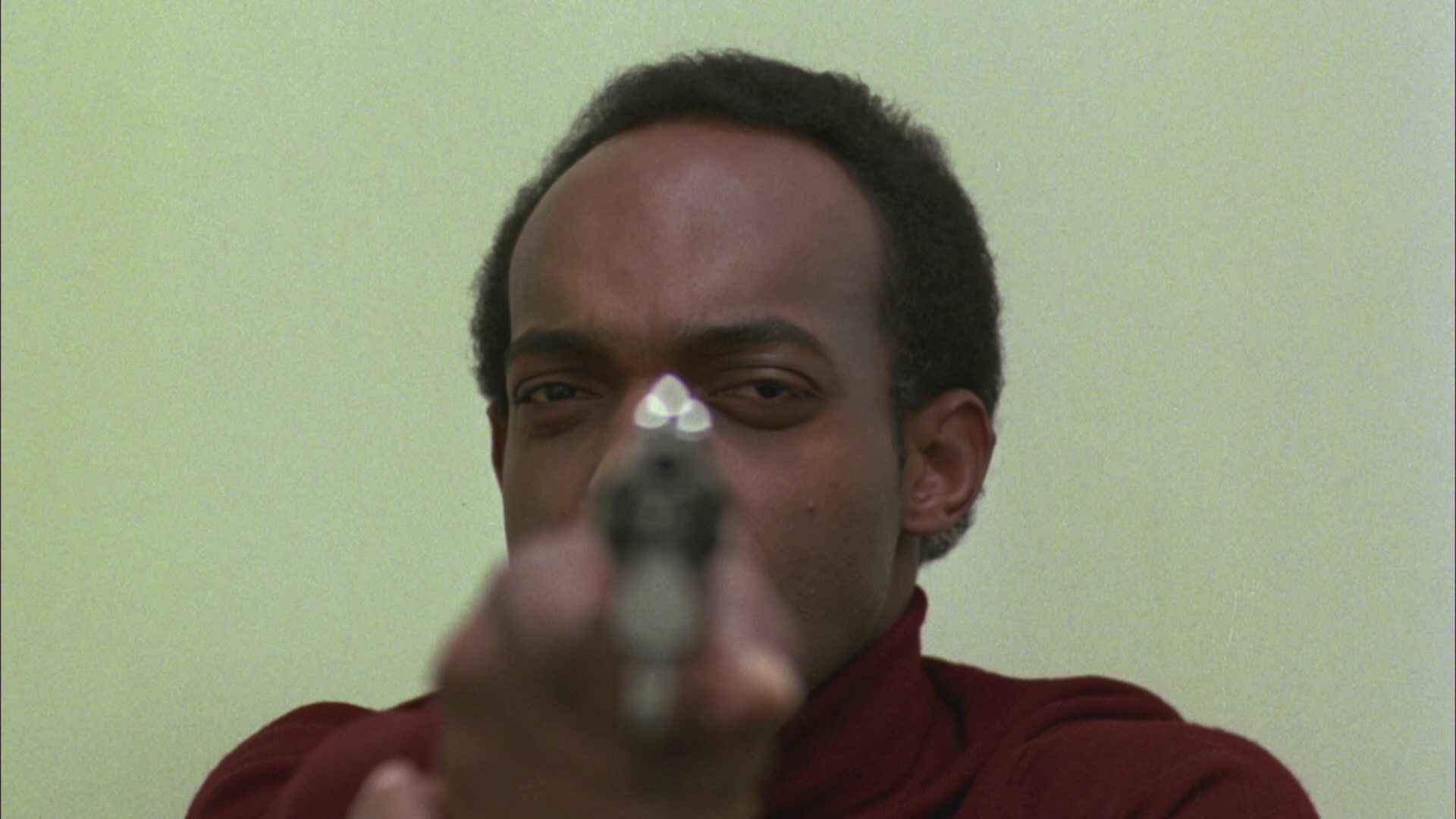 NEXT: The Top 10 Horror Anime To Watch this Hallo-weeb Season!