Megan Fox has witnessed a lot in the approximately two decades she’s been in conservative politics, and one such thing is how much damages conservatives have done to the nation by surrendering Hollywood and culture to the far-left fanatics who now run all of America. She spoke about the intersection of culture and politics, including her cultural efforts, in an exclusive interview with Bounding into Comics. 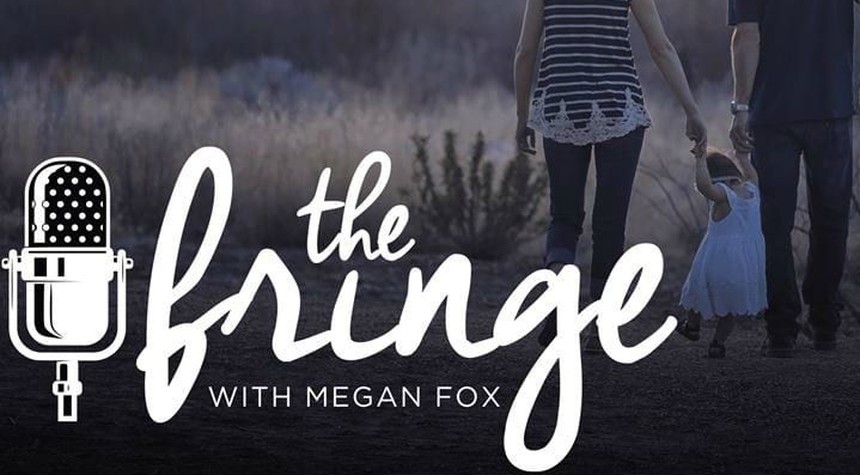 Source: ‘The Fringe with Megan Fox’

A little over a year ago, Fox interviewed the author of this Q&A for her podcast, The Fringe, and we discussed a variety of things, including Generation X and my short story, “Thor vs. the Valkyries.”

So after reading this, be sure to check out the subscription-based The Fringe and please also check out “Thor vs. the Valkyries.” They’re great ways to help us both.

Bounding into Comics: Conservatives know you from PJ Media and writing articles on politics and news. But you write on cultural topics as well—even arts and entertainment. And you devote some of your YouTube channel to the same. How do you see culture and politics intersecting?

Megan Fox: The great Andrew Breitbart always said that politics is downstream of culture. The left always knew that and so they set out to capture Hollywood first. After the takeover there, the messages in their movies then trickle into the minds of the public and their politicians then push the same ideas into the ballot boxes. It is masterful brainwashing and the right won’t even attempt to play the game. They gave up the entertainment industry without a fight.

One of the loudest critics of the takeover of Hollywood was Ayn Rand. She worked in the film industry and loudly criticized the subversive storylines that continuously made the business man the villain. It is as simple as that one trope that gets repeated over and over again that sinks into the minds of the low-information voter. “Capitalism, bad. Socialism, good.” It is imperative that the right engages the culture and makes content that champions our values. For someone like me, I like continually pointing out the woke brainwashing that infects our entertainment. It is important to break the programming by pointing out the man behind the curtain so the audience can stop being manipulated by the propaganda. The first step in breaking the hold is seeing it. 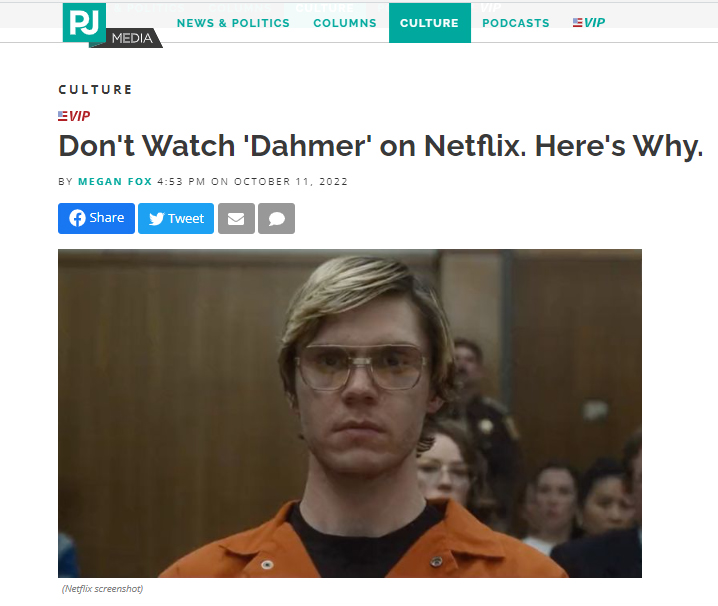 BiC: We’re both Gen X and recent news claims that Gen X is the most Republican-supporting generation. Do you think this is true and are cultural influences on Gen X partially responsible for this?

MF: I do think it is true. And unfortunately for us we are a small generation dwarfed on both sides by Boomers, who will not give up the reins of power and insist on governing into their eighties, and on the other side by spoiled Millennials whose parents insisted that they get trophies for everything. They are the most entitled generation that exists and we will all pay for it when they take over.

Gen X grew up independent. We were the last generation to be left on our own, to figure out things the hard way. We were given that freedom as children and we value it and we balk at any attempt to lock us down or tell us what to do. It is a very Gen X approach to rebel at any any attempt to control us. We are the “make me” generation and that makes me very proud to be a part of it. Gen X is also the last generation to have no social media influence in our formative years. We are good at entertaining ourselves without the help of Big Tech. While we may use it and enjoy it, we can do without it.

I worry for my children that they will never know what it means to be fully human, though I have done a good job with my oldest at least who rejects social media and rarely spends time on her phone. She is my outdoor kid and she sees through the lie. I’m working on my younger two, but the pull of Big Tech is strong even on children who don’t have access to social media (as mine don’t).

The thing is, as a Gen Xer, I appreciate video games. Nintendo and Atari were wonders of my childhood and so I don’t feel the need to keep the kids off the video games and apps they like to play. But I do worry that they will not ever know what it’s like to be bored. Being bored is good for you. I have summer rules in my house where we aren’t allowed on electronics until sundown. That helps. The world is an amazing place and even the sky is full of wonder. I want my children to discover the thrill of hunting for toads instead of playing Crossy Road. For the most part, I’ve been successful but it’s a constant worry.

BiC: We’ve spoken in the past and you mentioned you had an idea for a novel set in the 1980s. How is that progressing and what can you tell us about the plot?

MF: It’s not going well. I started writing it and I’m about five chapters in and haven’t touched it in a while. I’ve never written fiction and so the fear of doing it wrong is standing in the way, I think. Though the idea of it is good and I have it rolling around in my head, the process is daunting for someone like me who is a non-fiction writer. What I don’t like about popular fiction that I’ve read is the preachiness injected into it. I think that’s something we have to fight against as content creators trying to influence the culture. We have to do it in a better way than the left who beats the reader over the head with “the message.” I have this idea that I’m trying to illustrate that eminent domain, the process where the government can just take your land for their purposes and enrichment, is a terrible assault on freedom and liberty, and it’s a tough line to walk. I don’t know if I’ll ever finish it. I hope I will.

When I moved to Western New York, one of the things that struck me here is the Native American influence. It is very palpable here. It’s in the air. There are hikes you can go on here that take you back 1,000 years and you can almost see warriors on the trails. It’s a very magical place with waterfalls and natural beauty. The history is sad and the legends are plentiful. All of that plays into my story that I hope I can tell someday. It is a story of government betrayal, oppression, historical trauma, and justice told through a legend come to life in a terrifying way. The story is based on true events that happened to the Seneca people in New York.

It’s an interesting task for a conservative to write a story like this since we are always accused of being “racists” or indifferent to the suffering of indigenous people, but I don’t think that’s true. I’ve always believed that the government is the problem, not the people, and we can come together as people who value liberty and our ways of life, no matter how different they are and push back against our common enemy and I want this story to illustrate that in a way that is entertaining and important. Maybe it will happen. I hope so. 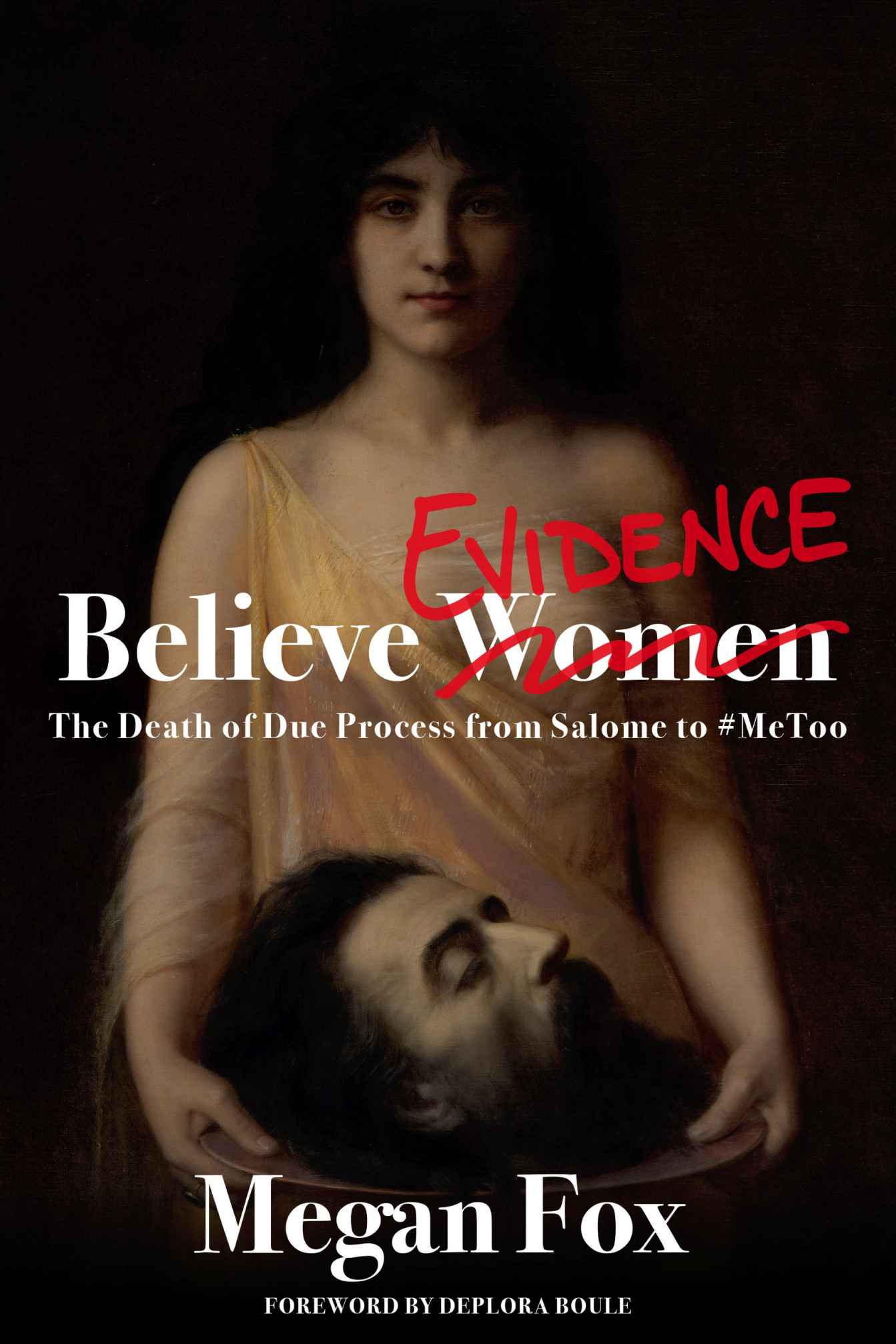 BiC: Do you have any ideas or plans for shifting away from politics and even more into culture? Any plans for a podcast or anything else focused on arts and entertainment, or culture?

MF: I wish I could. I wish it every damn day, to tell you the truth. I hate politics. I hate what it has done to neighbors and friends. I have a line of merchandise that says “Make Americans Friends Again” and I mean it. I believe that Americans can be united against the real threat to liberty—liberty that we all want—if we could just sit down and hear each other and maybe share a beer and talk like neighbors. We have to get back to compromising with each other. But the left is on a march to force their ideologies on everyone and we have to say no! We have to have more respect for one another’s differences than that. A people cannot live together while one group is set on imposing their views on another.

A perfect example is the crazy leftists putting pornographic books in elementary and middle schools. Reasonable people can agree that porn is not for kids! We can’t let this continue. I cover those stories almost exclusively right now because it is such a threat to the right to parent our kids the way we see fit. It is an assault on all religious and rational people that these books are given to children depicting sex acts. It’s illegal! Yet, the left gets away with it and this is the kind of thing that will turn to violent clashes if reasonable people don’t make it stop. So while I want to do more entertainment and culture, everything always leads back to the political agendas underneath it all. And I can’t stop myself from pointing it out. One day, when I retire, I hope to spend my time on more positive things.

Currently, I’m focused on growing my Rumble channel because YouTube has become an oppressive and hostile workplace for people who value free speech. Rumble is a growing platform where there is no censorship of ideas and it’s been a wonderful experience. My livestreams are often three to four hours and I do have a lot of fun with my audience. We laugh a lot and we try to mix up the heavy topics with the lighthearted and keep laughing. Laughter is what we need to beat back the left. They truly hate to be mocked but ridicule is a powerful weapon and I employ it liberally.

BiC: How can people support you and your work?

MF: Subscribe to my Rumble here and follow me on Locals, another platform that decries censorship. Subscribing to PJ Media’s VIP where I have a weekly podcast and write exclusive columns is another good way to support my work.

I would love to have more people on our raucous chat on Rumble, though. I’m concentrating on building that up. We have such a good time there so check it out!

I also wrote a book a few years ago that has become even more relevant today with the attacks on parents who go to board meetings to address the grooming in schools and problems with curriculum. I had the same issue with a public library in Chicago and the book I wrote about it is a great guide to teach parents how to fight back against government agents violating their rights. Shut Up! The Bizarre War that One Public Library Waged Against the First Amendment is a necessity for any parent going up against a corrupt school, library, or town board. Pick it up! 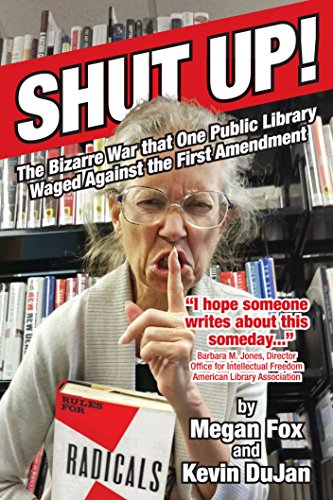 So if you’re looking for a place to get some politics and some fun stuff as well, make sure you check out Fox’s work at PJ Media, on Amazon, and on YouTube and Rumble.

NEXT: Interview: Graham Nolan’s ‘The Ghosts of Matecumbe Key’ Is ‘Linchpin’ to His Comic Book Nolanverse