Storied anime and video game voice actor Jamieson Price has revealed that he decline to reprise role as Yasutora “Chad” Sado in Bleach: Thousand-Year Blood War because he “no longer auditions” for non-white characters. 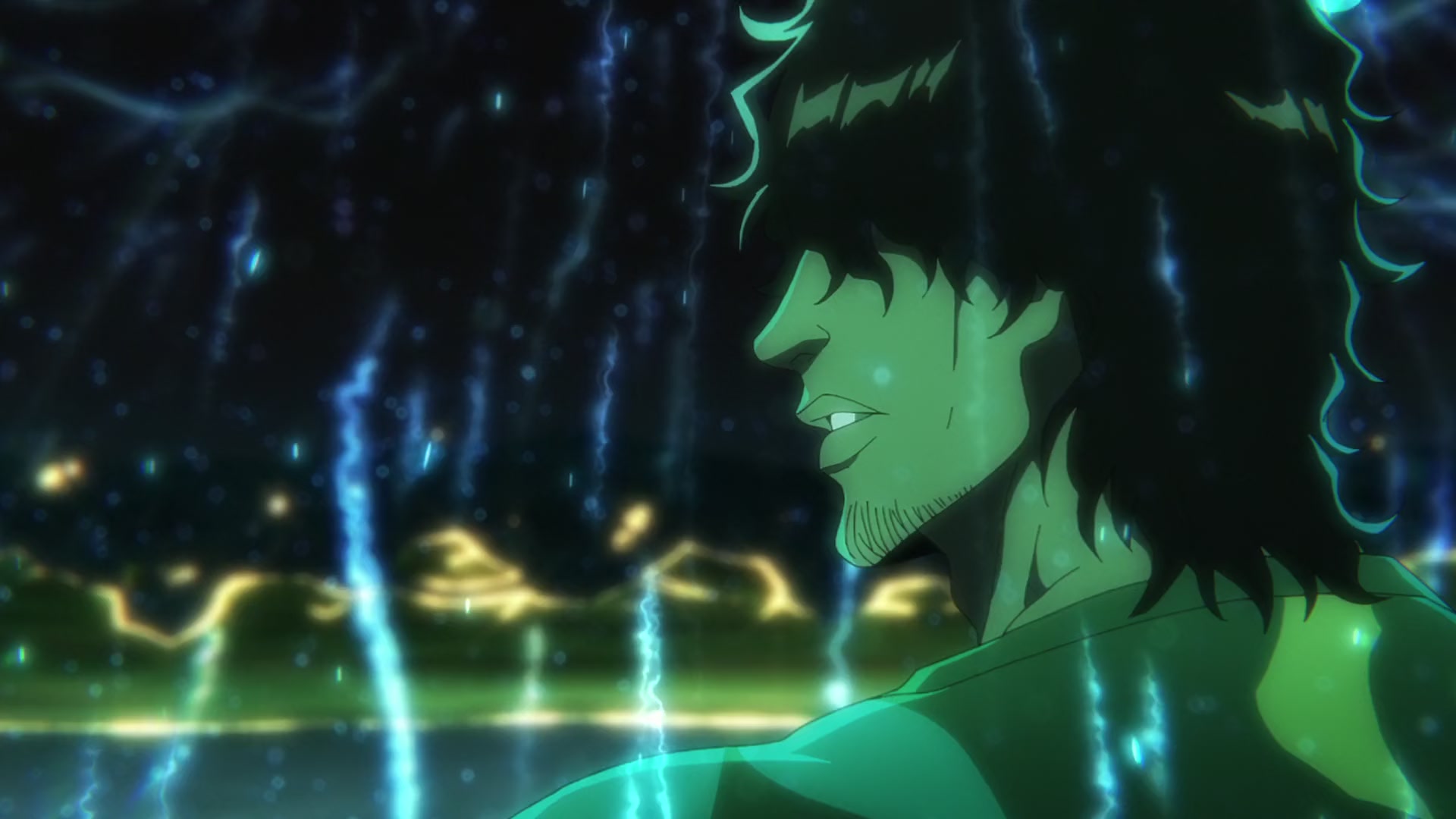 RELATED: Erin Fitzgerald Reveals She Stepped Away From Role of Ramlethal So Guilty Gear -Strive- “Could Cast More Appropriately” Based On Skin Color; Laura Stahl Announced As Replacement

As discovered upon the sequel series’ October 11th premiere, instead of Price, the Fullbring-wielding hero is now voiced by Call of Duty: Modern Warfare II VA Alain Mesa – who, like Chad, is of Mexican descent. 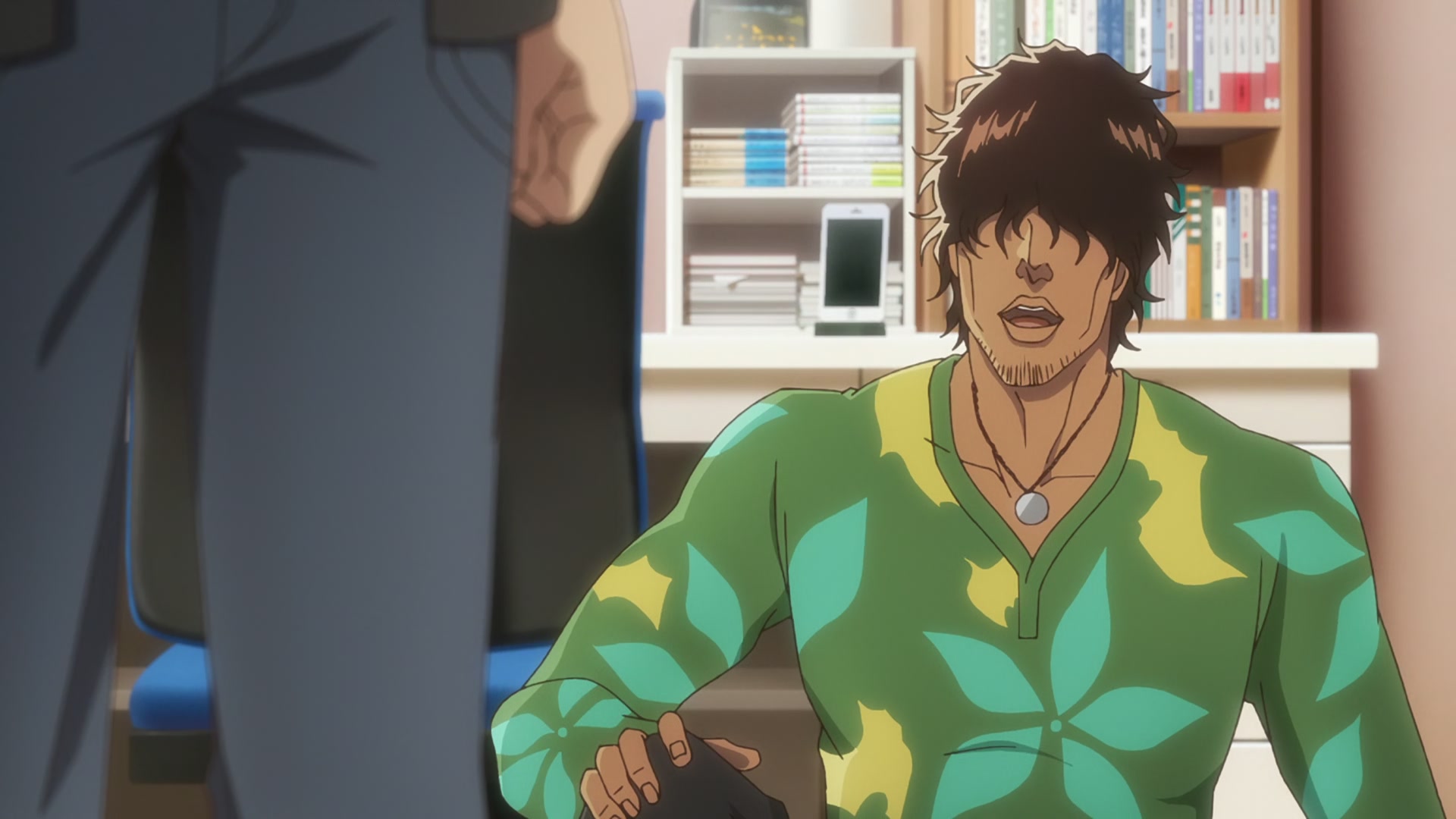 Keeping radio silent on the matter for nearly a month, Price eventually revealed the reason for his departure from one of his most notable roles on November 3rd. 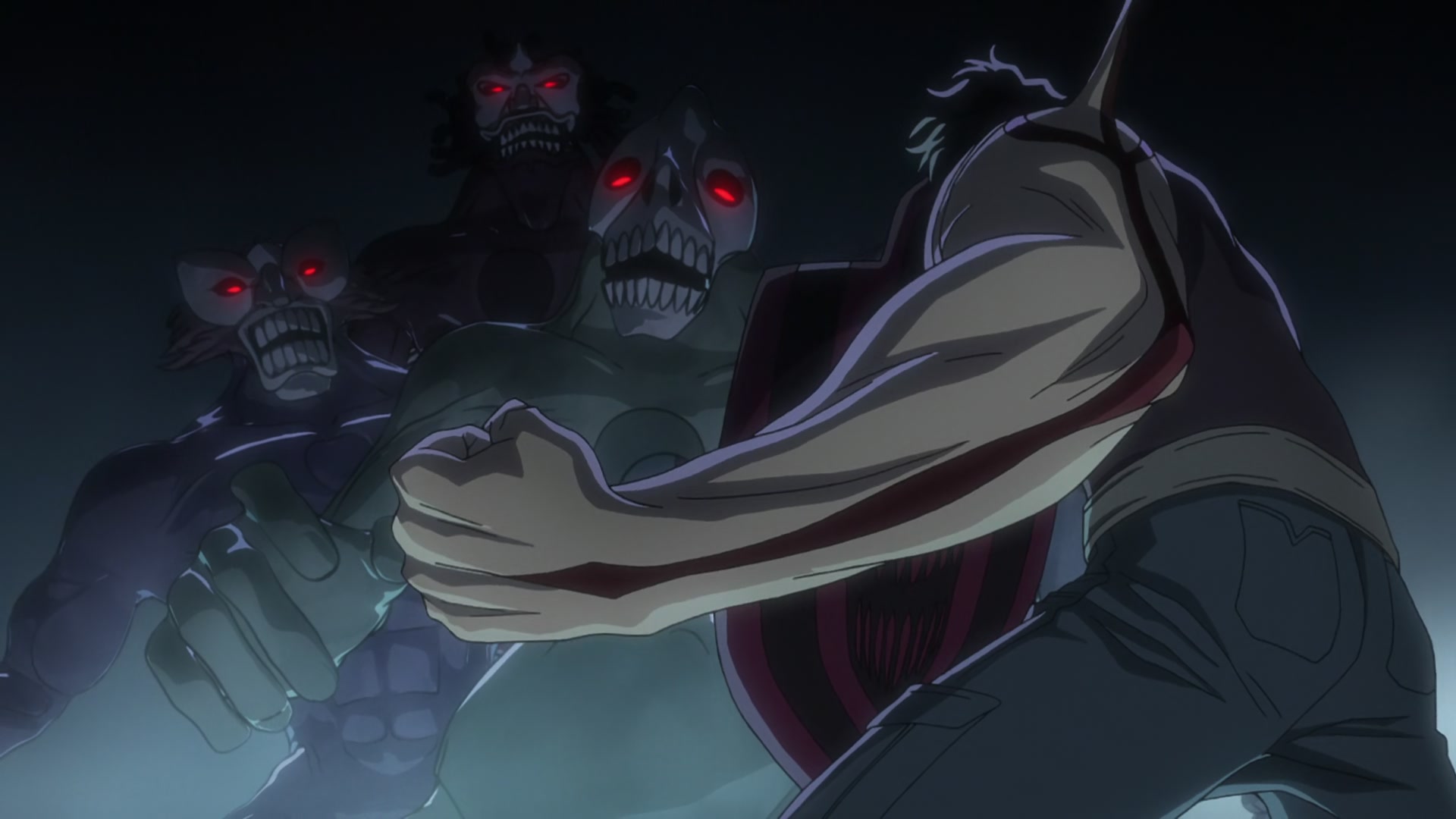 “To all the many fans of Bleach, I have loved being a part of the Bleach universe and voicing Chad,” explained the voice actor via his personal Twitter account. “It was a difficult decision to say no to coming back for TYBW. But I no longer audition for roles of people of color.” 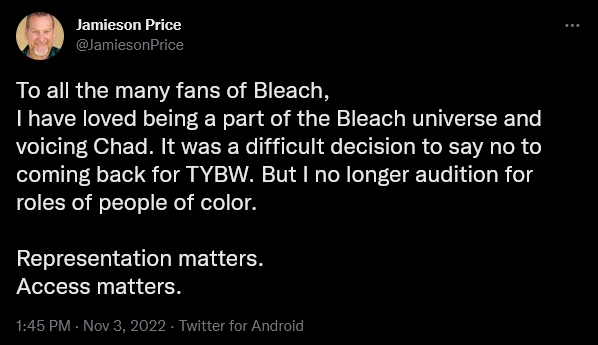 “I have had access to a very wide variety of roles in my career,” said Price. “Actors use their imaginations and their experience to breathe life into the characters we portray. We get to walk in someone else’s skin for a time. We practice empathy. We feel. And we learn.”

“Access to opportunity in Anime has not been equal,” he continued. “But that has changed. By stepping aside now I open the door of Access and give opportunity to an actor who can represent Yasutora Sado with the same love and pride and imagination but with more life experience than I have.”

Drawing his thread to a close, Price asserted, “Thank you for all the love and support you have shown me over the years” and asked fans to “Please welcome Alain Mesa to the role of Chad. He’s got some big shoes to fill!”

Ultimately, the voice actor concluded his with a quote from poet Maya Angelou, reciting, “‘Do the best you can until you know better. Then when you know better, do better.'”

Notably, it appears Price’s decision to decline non-white roles is a relatively recent one, as he has appeared as the voice of explicitly Japanese characters as recently as 2021. 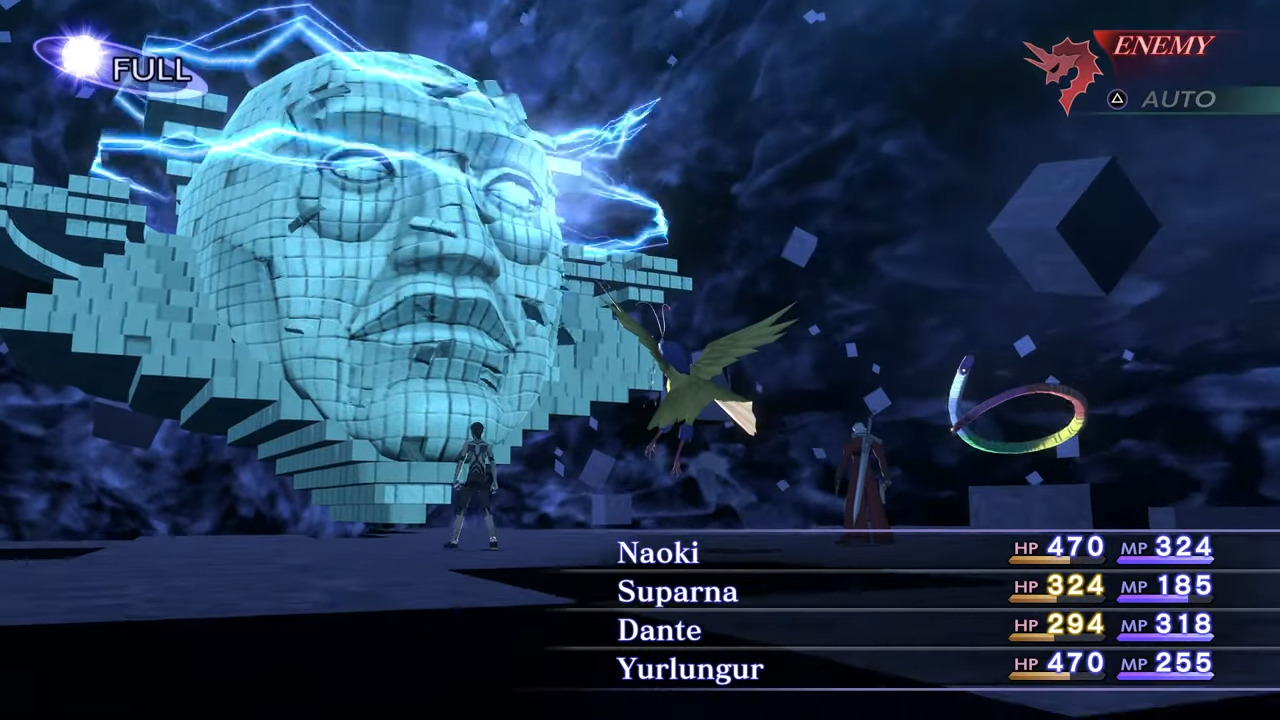 Bleach: Thousand-Year Blood War is now airing via simulcast on Hulu and Disney Plus. 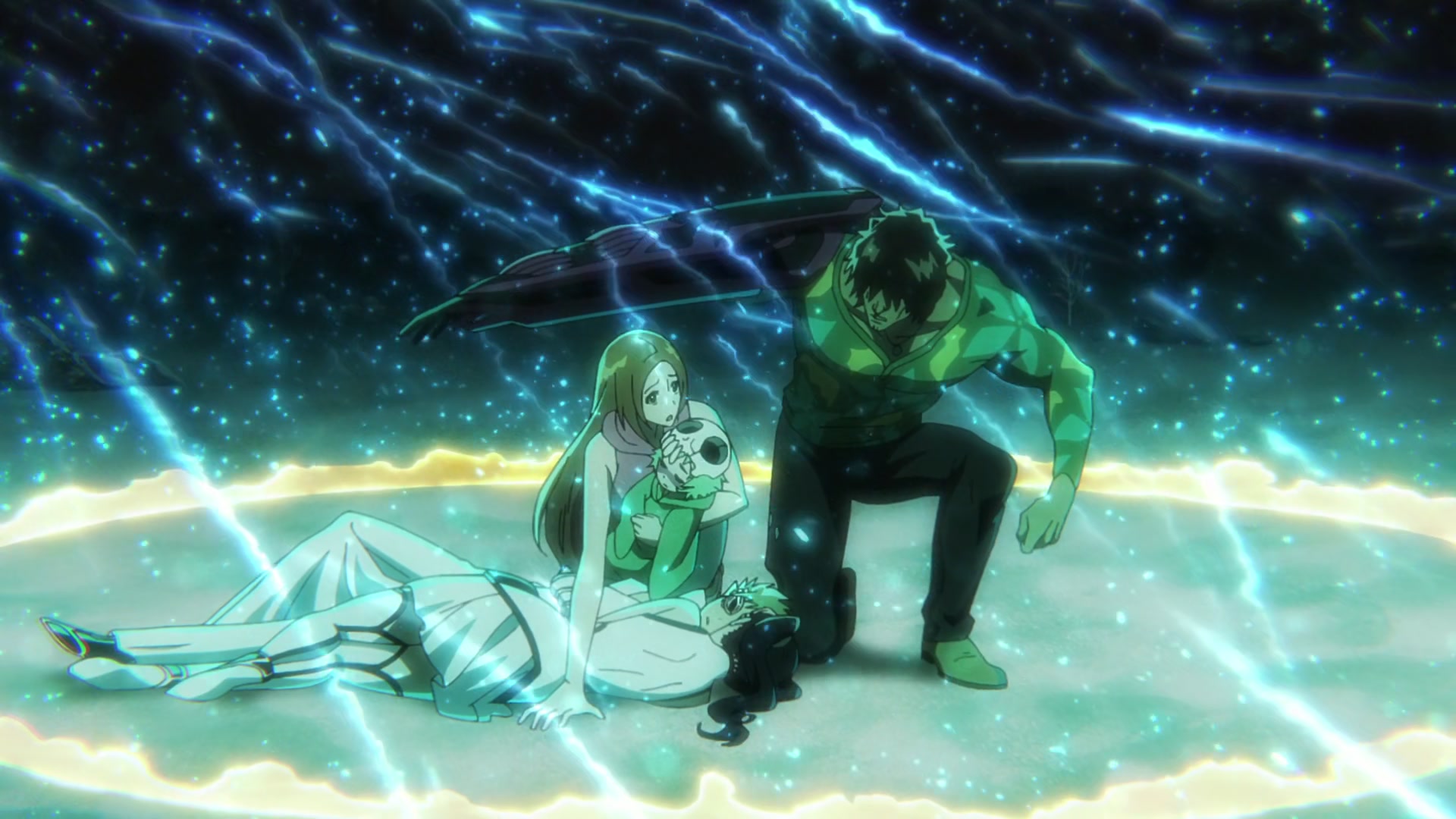