Sonic Frontiers director Morio Kishimoto has addressed the game’s lukewarm reception, claiming that feedback has been noted and stating the developers “will take this seriously as a global playtest.” 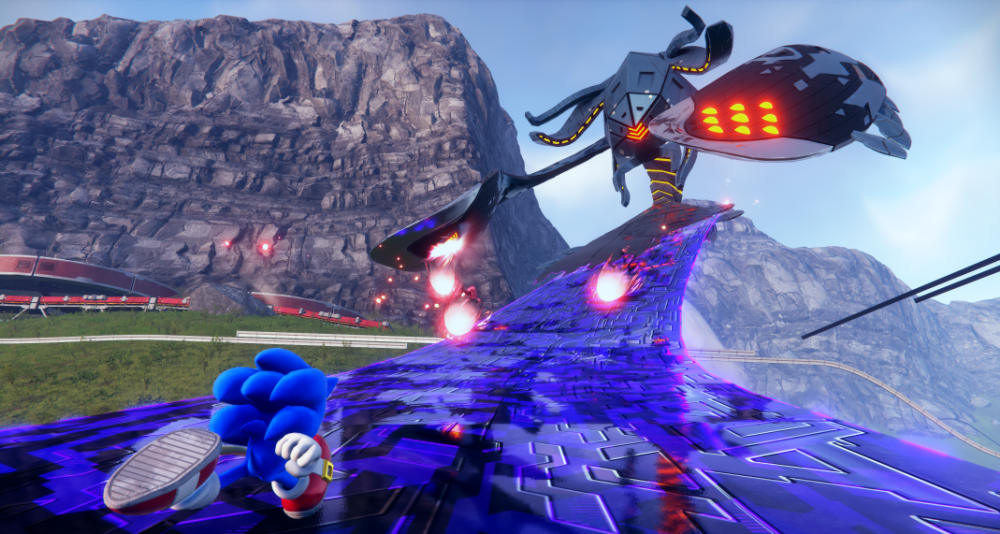 Speaking on Twitter, director Kishimoto stated, “Sorry we have been so busy since the launch day that we have not been able to contact you. I am relieved to hear that the release date has come and gone and that it has reached you all safely.” (Machine translation: DeepL)

“We have checked the critics and your opinions. As you have pointed out, there are still areas where we are not up to scratch,” Kishimoto admitted, “and we will take this seriously as a global playtest.” 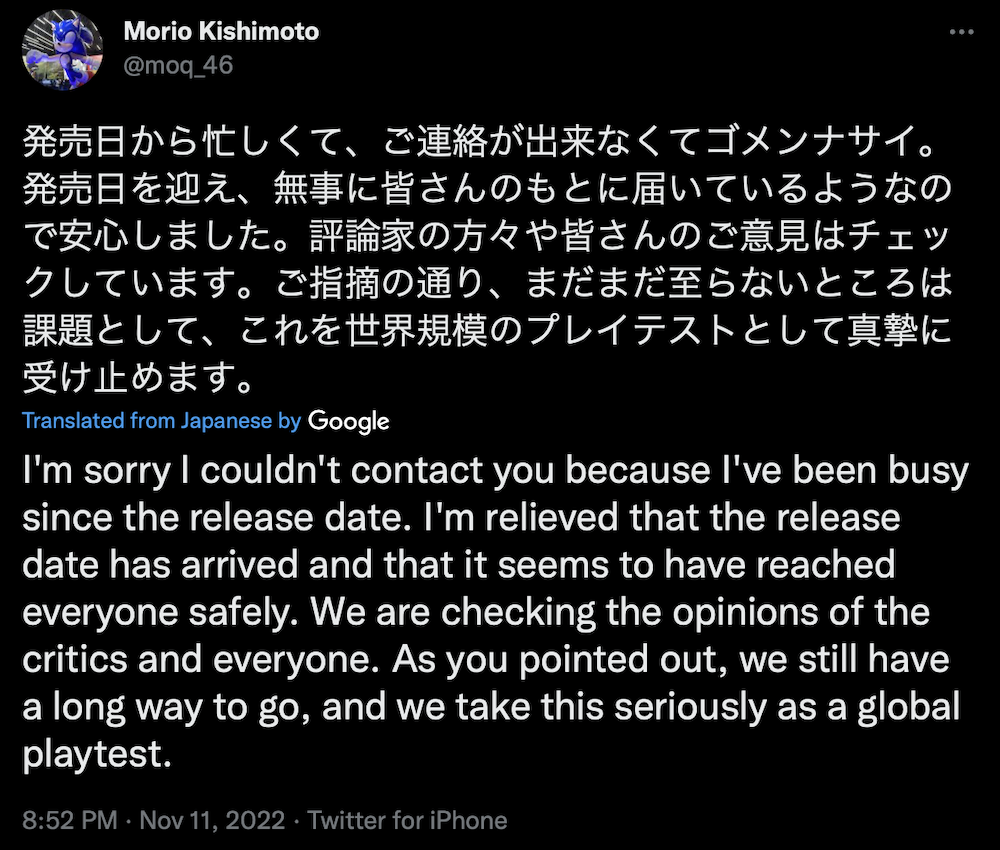 Kishimoto may be referencing how Sonic Frontiers as been received. Open Critic cites an average critic score of 73 out of 100, with 57% of them recommending it. Metacritic’s user reviews are more positive, however; the average working out to 8.25 out of 10 across all platforms.

Nonetheless, both critics and fans mention texture and asset pop-in, some minor bugs, and the controls in the Cyberspace stages feeling off. Ironically, while some players said they didn’t like the open world handling being used in Cyberspace, others felt it was different and wished it did handle like the open world. 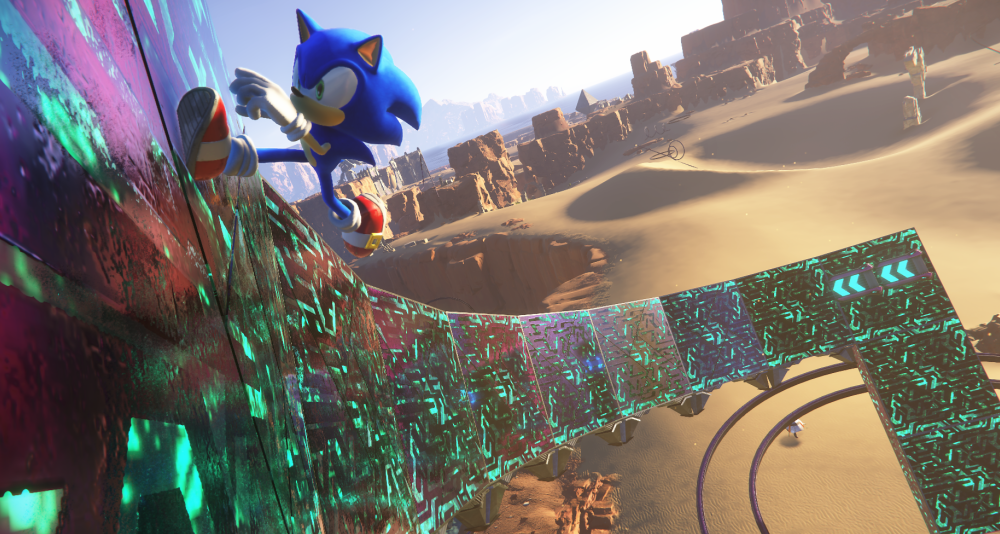 While the performance of the PC version of Sonic Frontiers may vary depending on a player’s set-up, a lack of graphical options was criticized. The Nintendo Switch version also made sacrifices.

In his analysis of the game, Digital Foundry’s John Linneman asserted, “in this case, where you play Sonic Frontiers matters a whole lot. The experience can range from sublime to, well, the Switch.” On Nintendo’s hybrid console the game runs at 720p resolution and 30fps or less when docked (480p in handheld mode), has less detailed textures, and less graphical assets such as grass and water ripple physics.

There’s also no global illumination in Cyberspace (limited to monochrome in the open world), no motion blur despite there being an option, and worse pop-in and loading times. 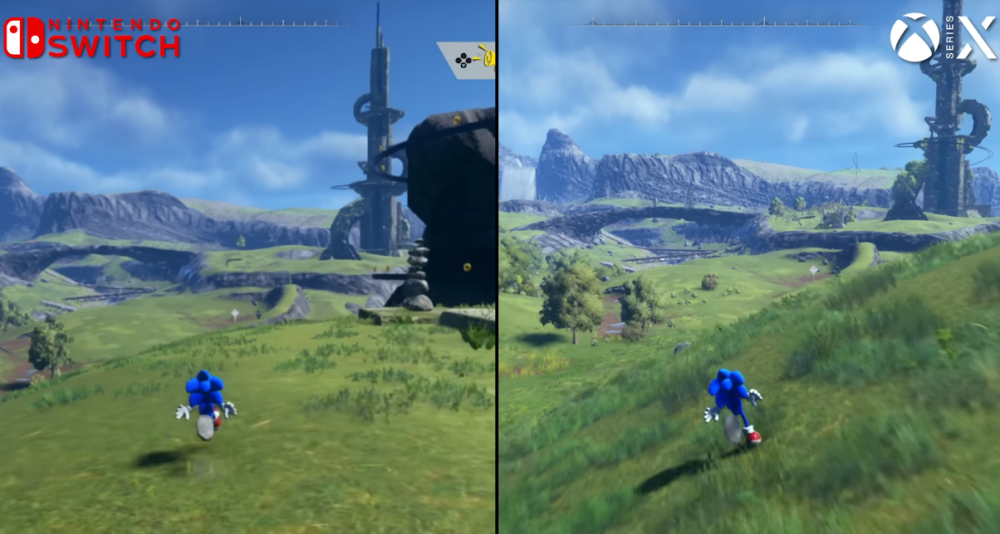 Despite this, Linneman opined, “Most of these down-grades are kind of expected, I think, it’s just the nature of playing a game like this on the Switch. And despite all these issues, it is technically still playable, I suppose.”

That gameplay seems to have given Sonic Frontiers, and arguably the franchise, a much needed tailwind. SteamDB, a third-party website that tracks Steam’s database and their games, notes the new Sega title saw a peak of 19,181 concurrent players a day after launch. Launch day saw Twitch viewers peak at 80,266. 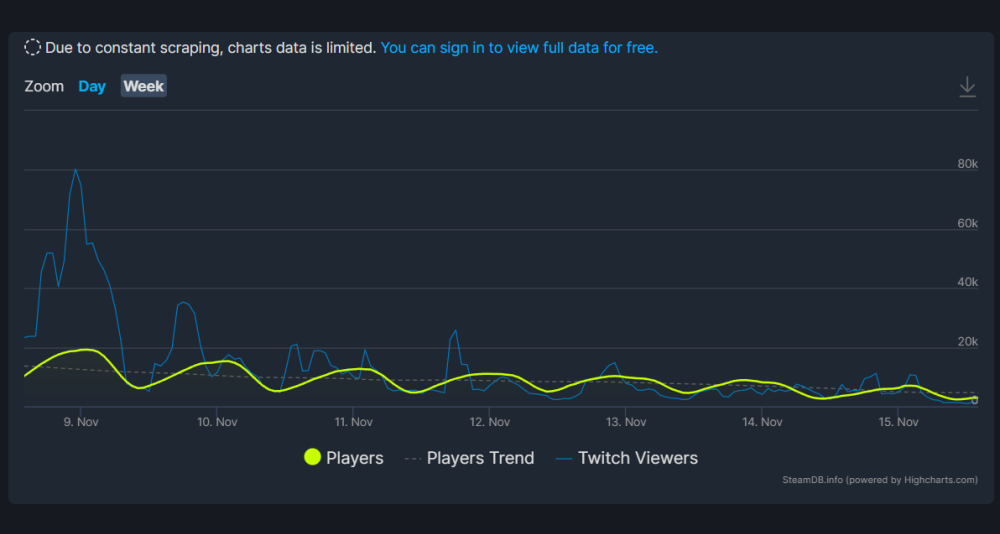 The outcome is a far cry from how fans took Sonic Frontiers initially, as early footage was plagued with pop-in, dull colors, and animation bugs. Fans even begged for the game to be delayed, while IGN insisted what they showed early in June was actually an early build of the game.

NEXT: Sega Seeking To Produce Live-Action Adaptations Of Atlus Games Including Persona Series