After months of waiting, the first trailer for the upcoming anime adaptation of Me & Roboco has finally arrived on the scene – and with it, a preview of the titular heroine’s legendary knees in action! 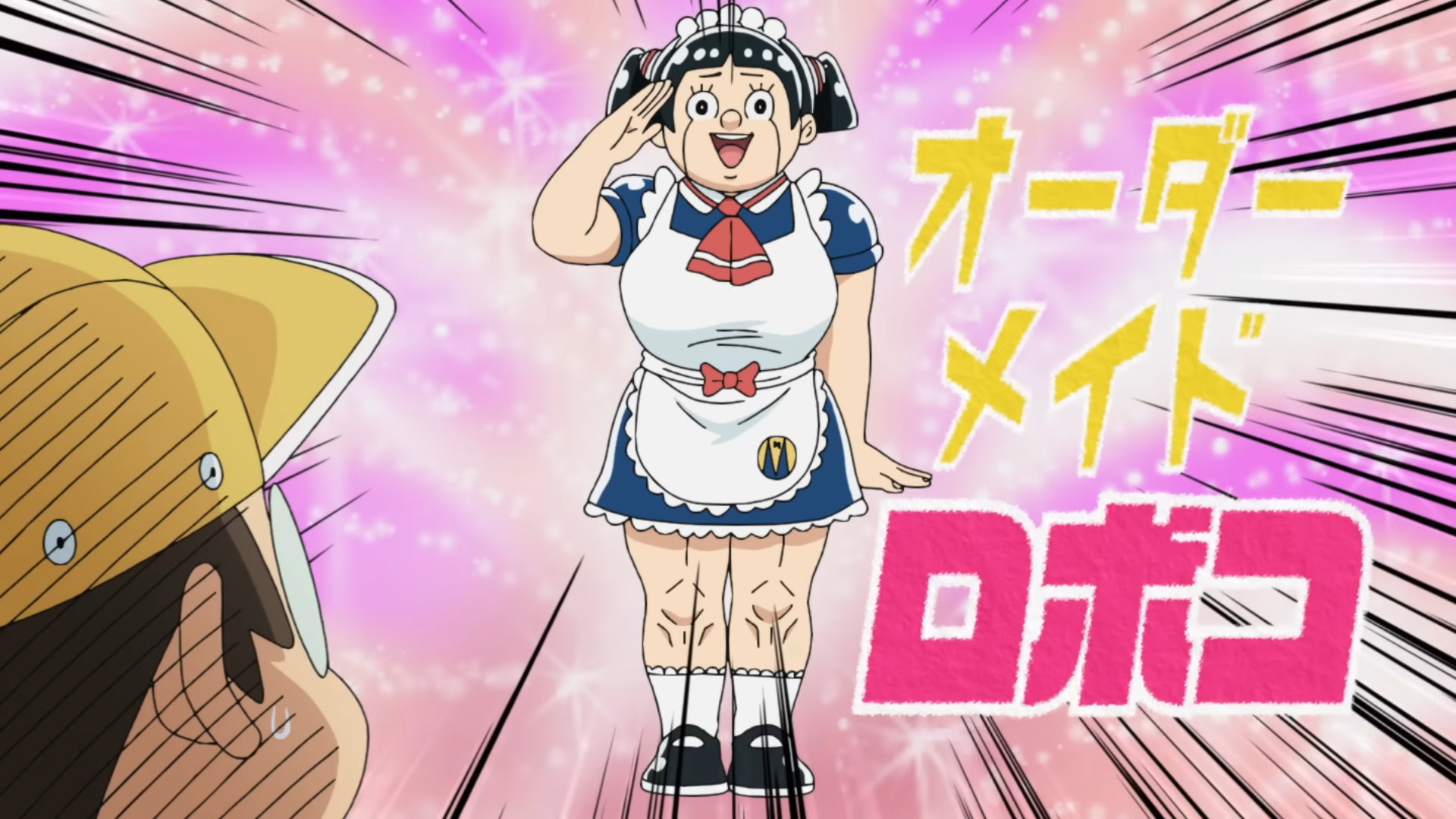 Roboco introduces herself to Bondo via Me & Roboco PV (2022), Gallup

Premiering on November 13th and shared to Twitter by series creator Shuhei Miyazaki himself, the first teaser trailer for Me & Roboco highlights the series’ eponymous lead, Roboco.

In the world of Me & Roboco, household androids named OrderMaids have become a popular purchase in society, with many humans buying one to help with their everyday, household tasks.

One day, a young boy named Bondo Taira asks his mother to get one such android for the house, mainly in the hopes of getting to spend time with a cute robotic girl. 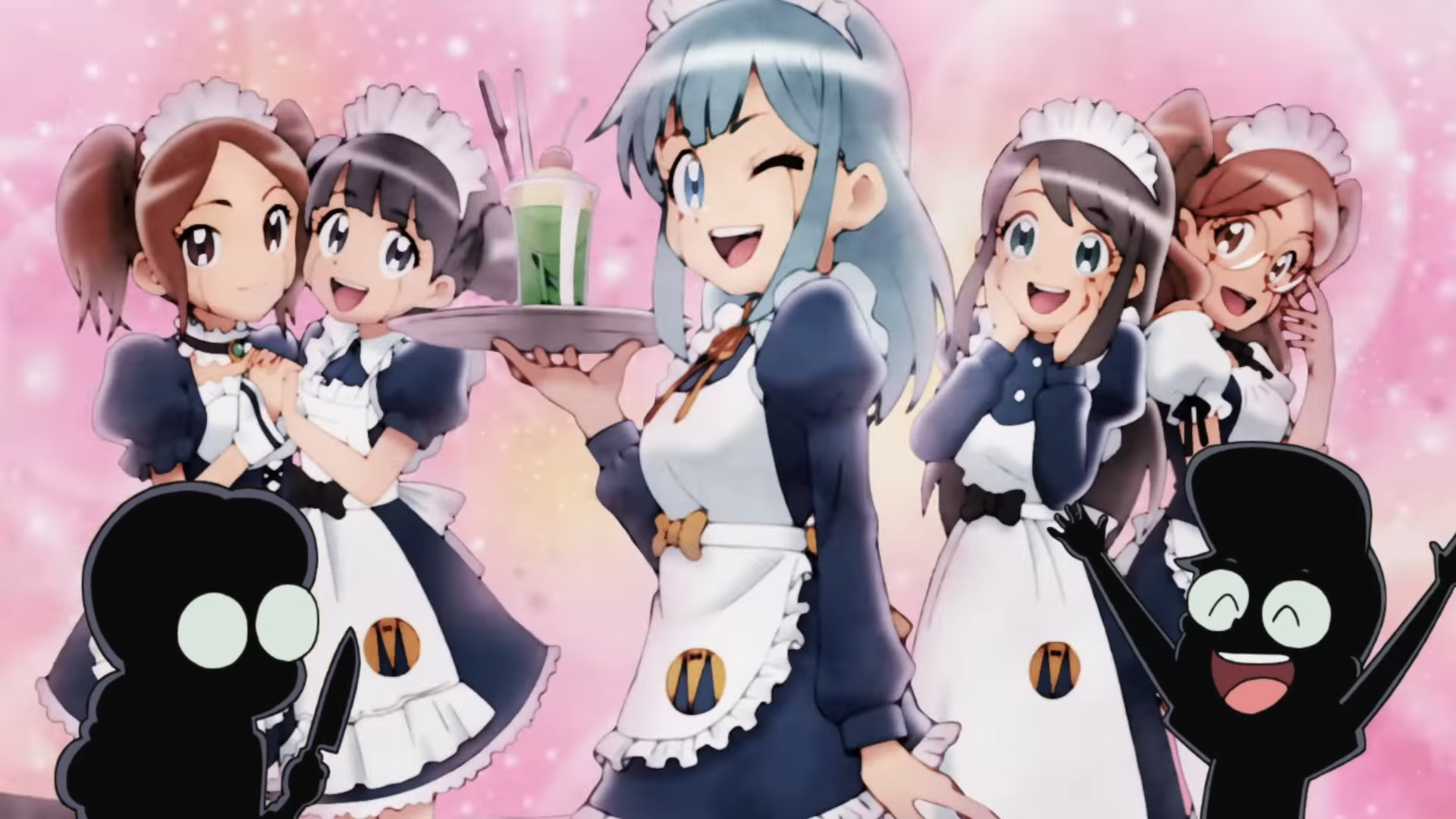 However, though his mother eventually acquiesces to his request, Bondo is shocked to find that instead of a standard ‘cute’ model, his family has received Roboco, a powerful, muscular, and exceedingly odd type of OrderMaid. 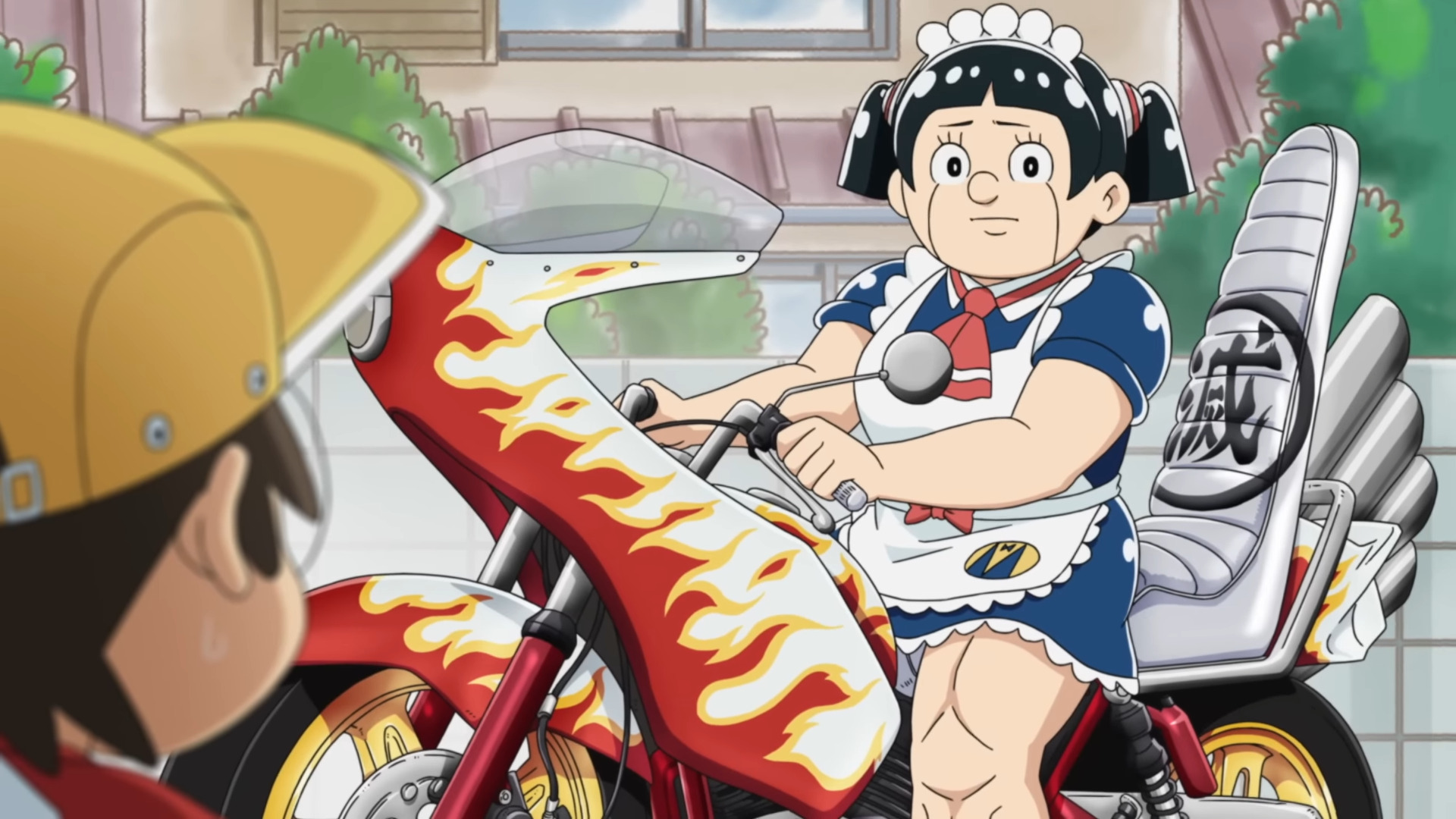 From that day forward, Bondo and his friends find themselves caught in a whirlwind of random adventures, mishaps, and even fights with would-be world conquerors, all of which regularly poke fun at Shonen Jump’s various other manga offerings.

For example, one running joke throughout the series is that Roboco’s knees are so muscular that they’re often compared to the bald-headed appearance of Dragon Ball’s Nappa – hence her giving them the apt nickname of ‘Nappa Knees’. 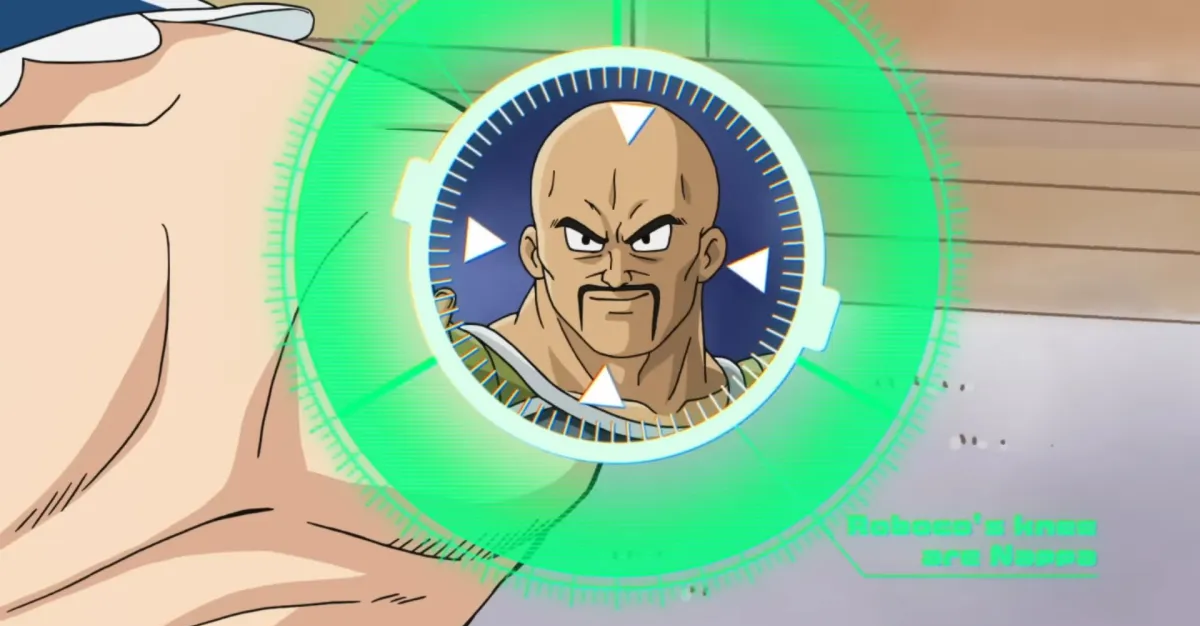 Unable to let such a meta opportunity go by, Miyazaki took advantage of the trailer’s release in typical Roboco fashion by including it as a central plot point in the series’ latest chapter. 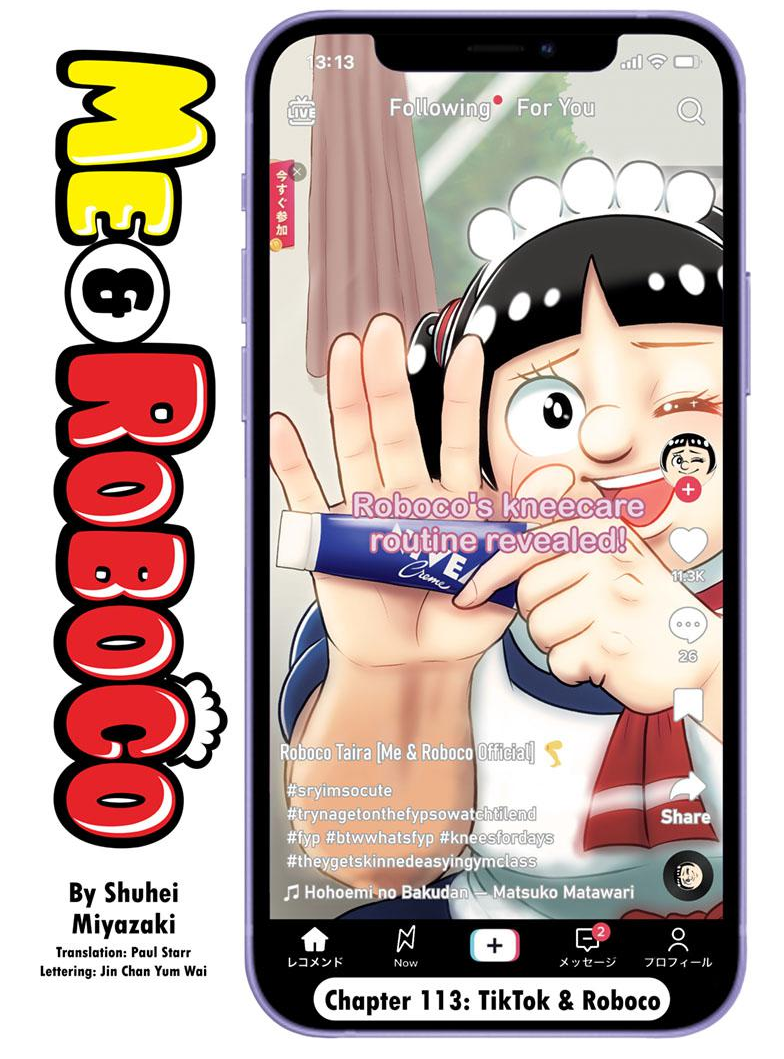 At one point in the chapter, Roboco explains to Bondo that she is learning the ins-and-outs of TikTok in order to help the series’ chances of getting a live-action Hollywood adaptation (a seeming swing at Avengers: Endgame directors the Russo brothers’ recent claim that “audiences today have been trained by TikTok”). 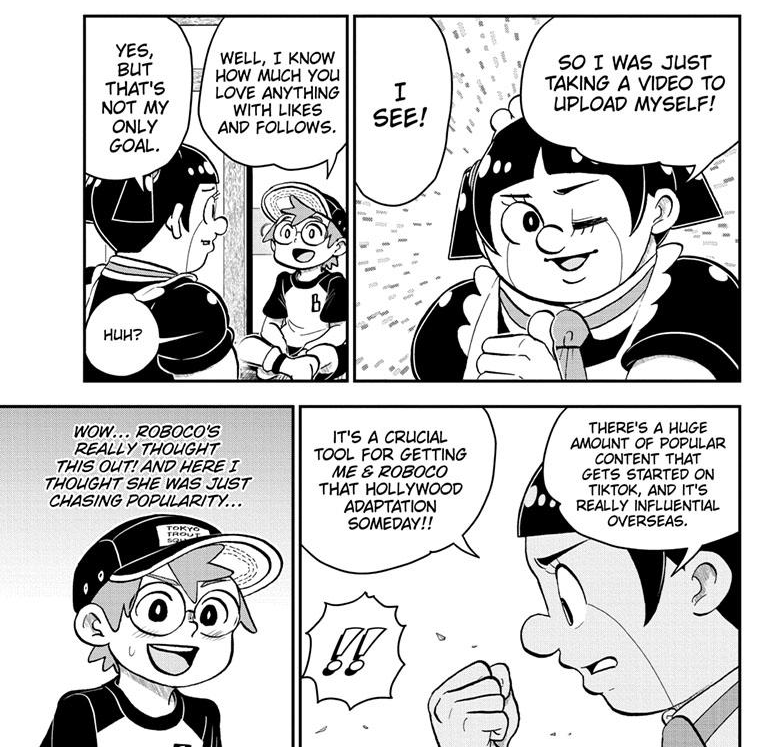 Already uploading her own content, Roboco is aspiring to become just as much of a viral simping sensation as Chainsaw Man‘s Makima.

A bit confused as to her goals, Bondo nonetheless encourages her to chase her dreams. 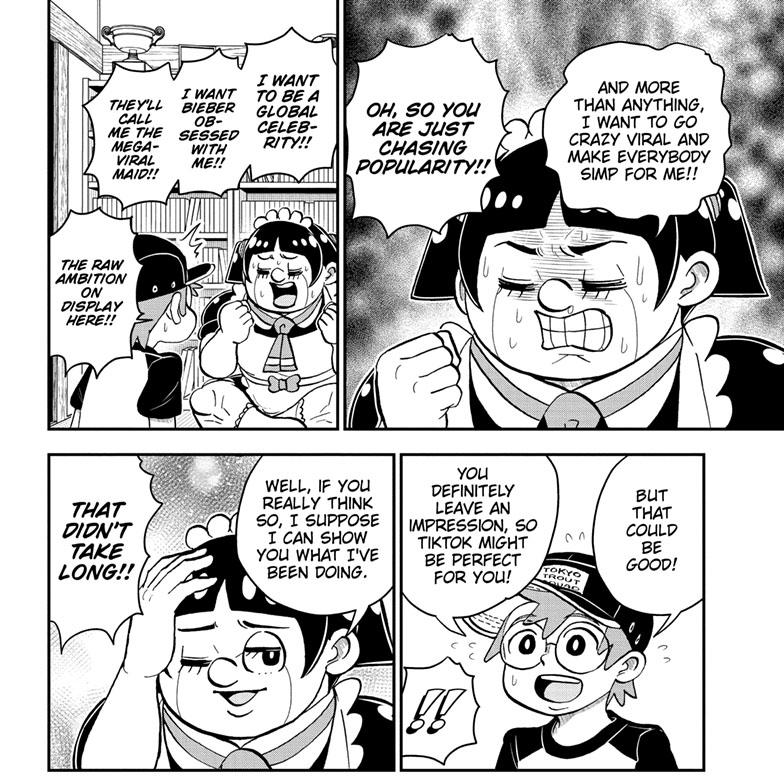 The next day, Roboco tells Bondo that after spending hours struggling to get views on the platform, she finally managed to master the art of internet virality by “upping her game” with the help of some “pros”.

And by “pros”, Roboco means Shueisha and studio Gallop, as the OrderMaid reveals that she leaked the above trailer in order to gain views.

Understandably shocked, Bondo warns her that she can’t leak the trailer – even if she is the protagonist of the series. 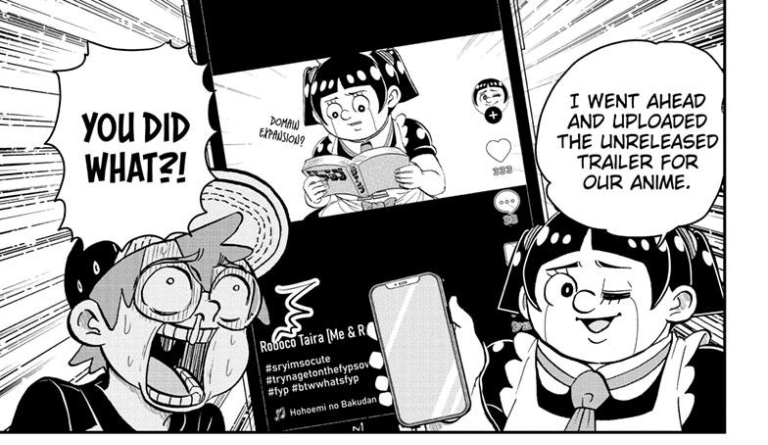 Roboco reveals the source of her TikTok popularity via Me &Roboco Chapter 113 “TikTok & Roboco” (2022), Shueisha. Words and Art by Shuhei Miyazaki.

Still confused as to what she did wrong, Roboco is let off with a simple warning from Bondo: “Don’t blame me if you get hate for posting spoilers!”

However, in Roboco’s point of view, such hate would be beneficial.

“That’ll just boost those numbers even more,” she concludes. 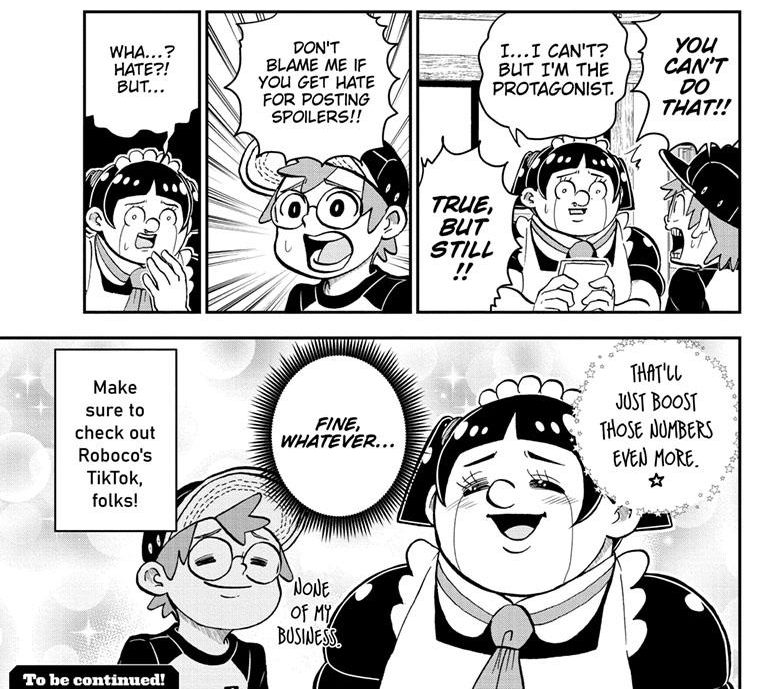 Me & Roboco’s five-minute long episodes will begin kneeing their way onto screens on December 4th. 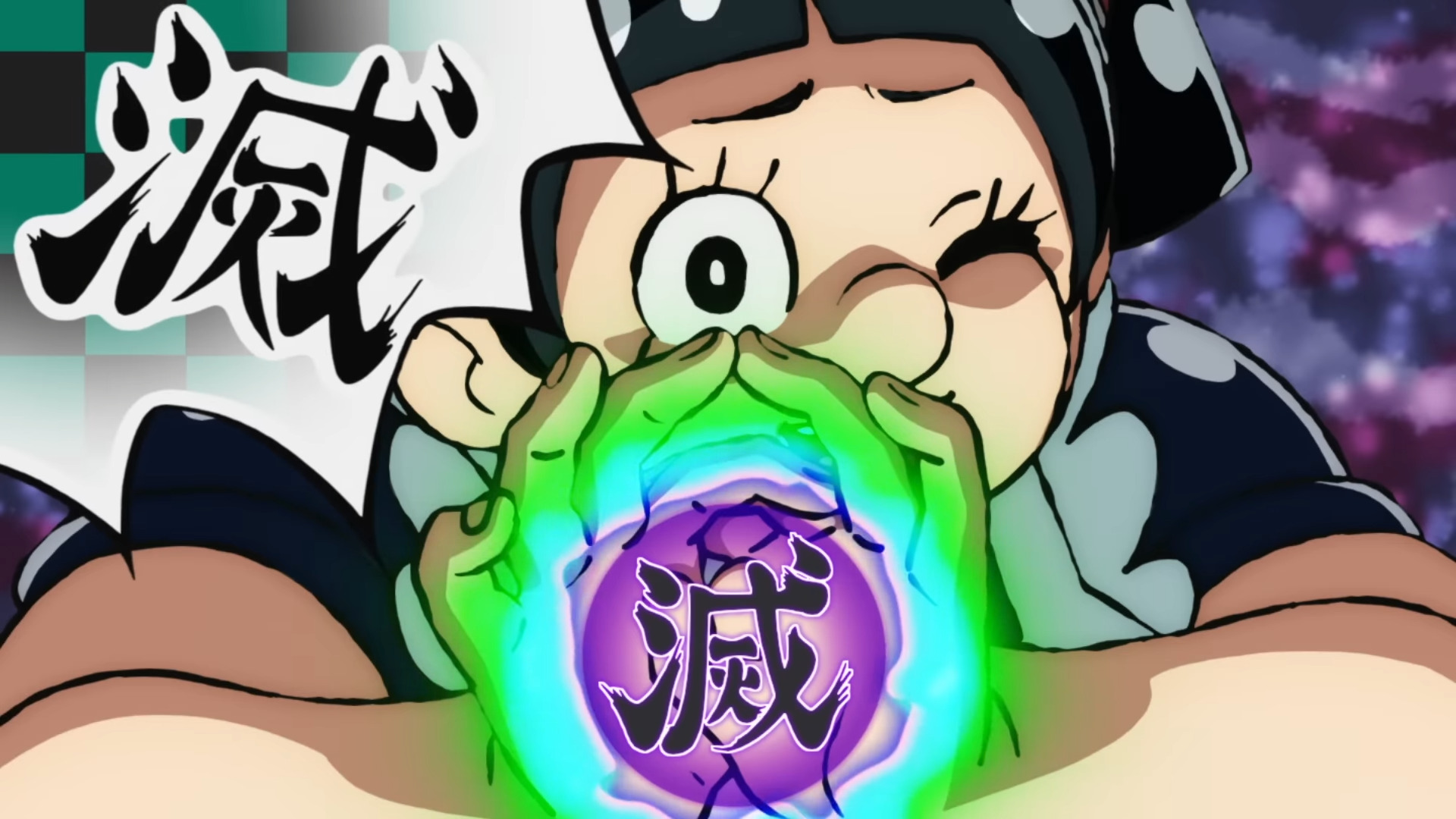 NEXT: Toei Animation’s Earnings Power Up To Record Highs Thanks To ‘Dragon Ball Super: Super Hero’ And ‘One Piece Film: Red’