For many kids growing up in the ’90s, the Spider-Man animated show was their first interaction not just with the wall-crawler, but any superhero in general. It is also widely regarded as the best animated interpretation of the character next to the beloved 1960s original.

The show managed to be a fairly faithful adaptation of the comic, while still deviating enough to spice up the storylines. It also delivered some rather intense drama, while also giving these iconic characters some memorable designs and storylines. 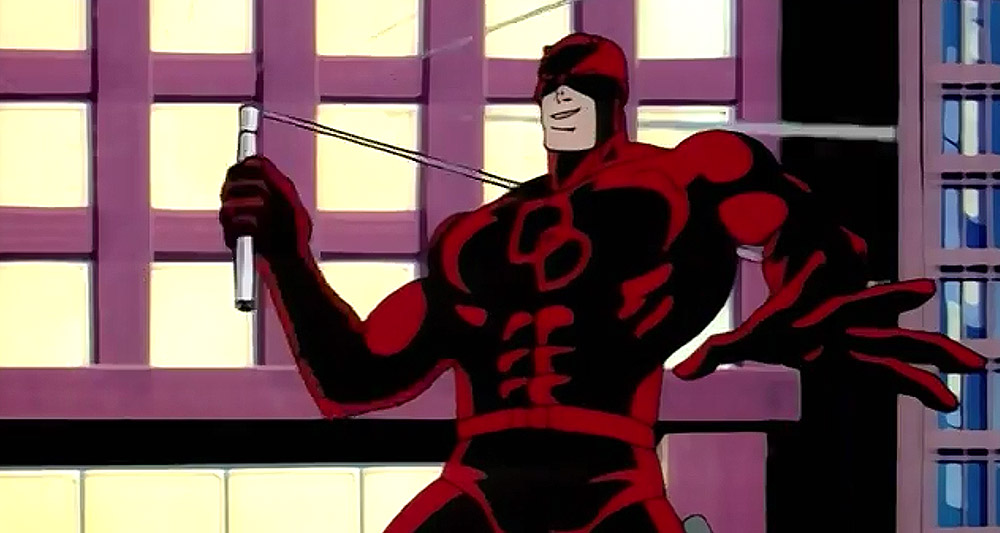 Even though Spider-Man was obviously the star hero of the show, there were several guest appearances by other heroes. Daredevil was probably the best, as he came to defend Peter Parker from corruption charges.

There have been many adaptations of Daredevil over the years, but this one was pretty solid. It showcased Matt Murdock as a respectable lawyer that often had to take matters into his own hands as a vigilante with honor. 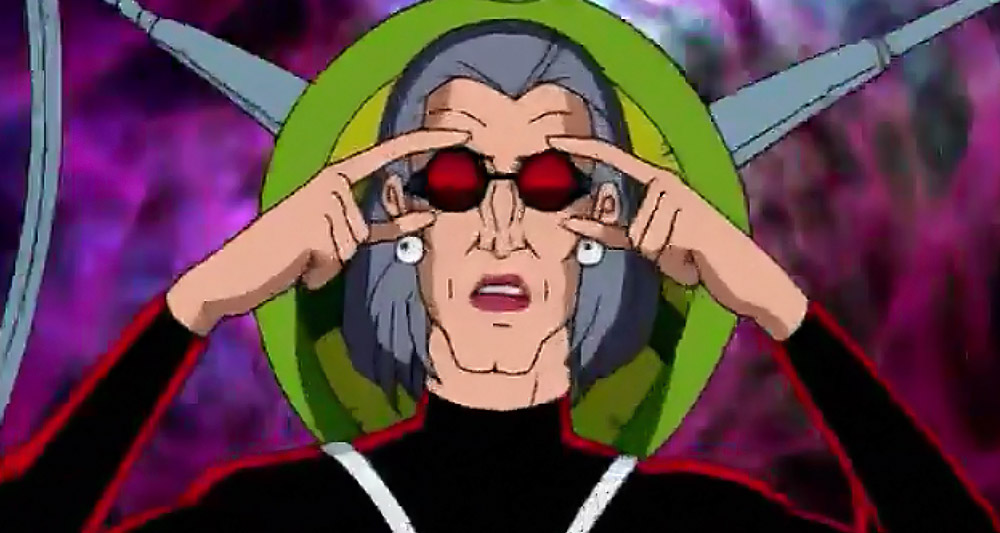 Madame Web never played a particularly large role in the comics, however she was an integral part of the animated series. When she showed up, it usually meant things were going to get weird for Peter Parker.

Madame Web was the clairvoyant who was busy grooming Peter for a much larger and more consequential conflict. Eventually, it was revealed that the battle was in fact a Secret Wars-type storyline with many versions of Spider-Man across the multiverse. 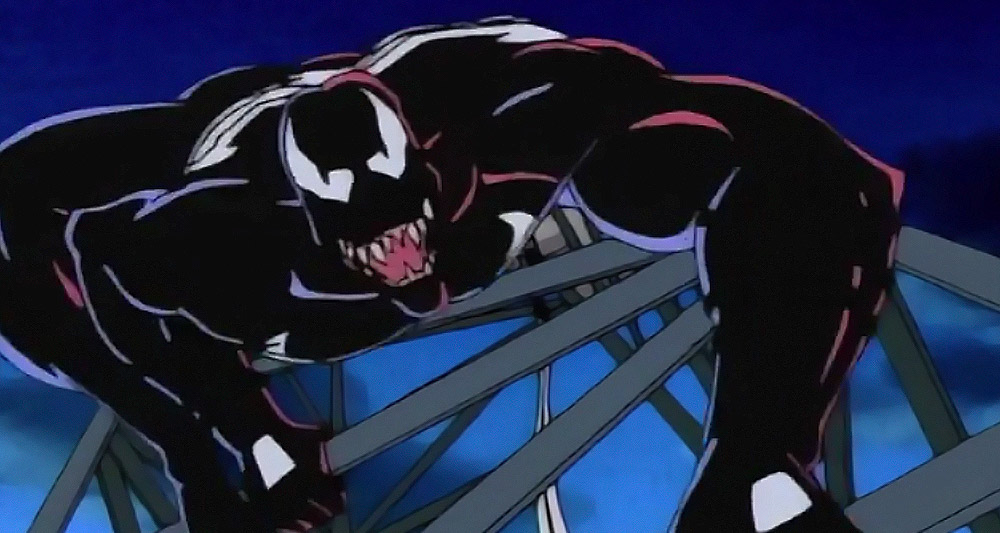 Venom is always a tricky character to do in the movies, because he has such a long and expansive backstory. This made the animated series a perfect place to adapt him.

The show truly took its time to make the most out of its long format storytelling. It builds up the black suit and Eddie Brock as separate characters, before they inevitably joined to form the fan favorite Venom. 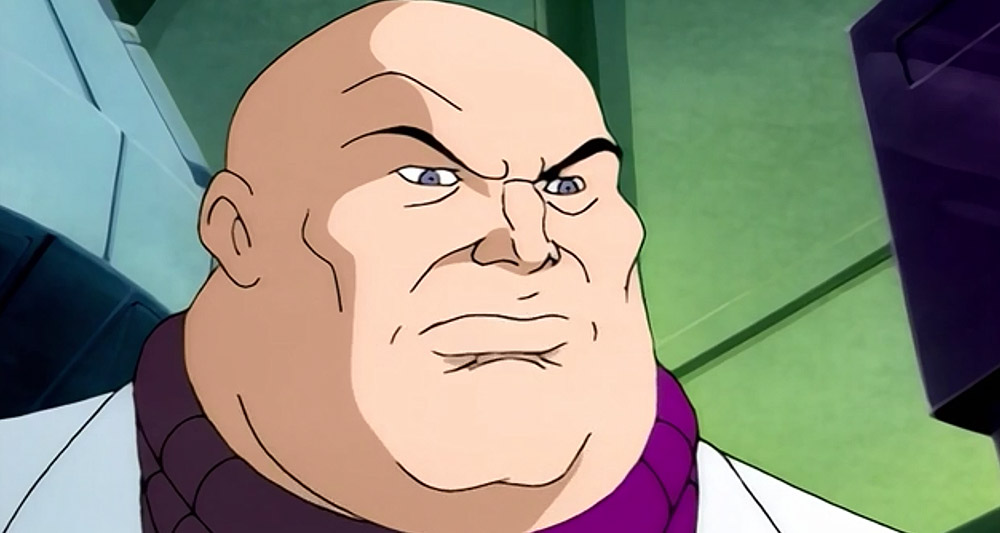 Kingpin is a great villain because he plays all the other characters like chess pieces. That’s exactly what the animated version did, successfully interpreting his powerful businessman and gangster backstory into one of the linchpins of the series.

Kingpin didn’t go down right away. He was around for several story arcs before Spider-Man finally found the means to defeat him. However, his large stature and iconic white suit made his design one of the most memorable in animated Marvel history. 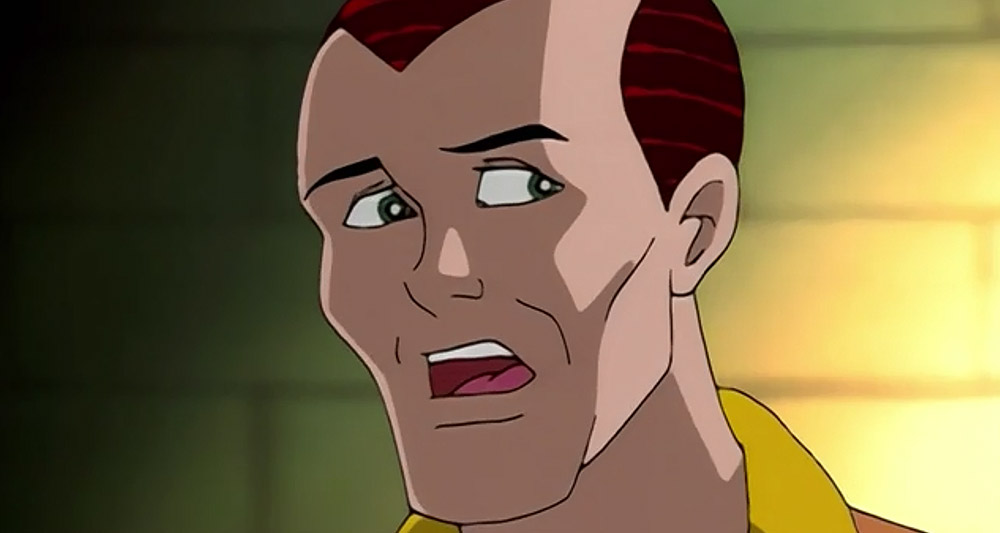 Harry Osborn might be one of the most tragic figures in Spider-Man’s mythology. Like many of the great Spider-Man supporting characters that came before and after him, Harry’s story is a long one, and takes time to unfold.

The show wisely built up Harry’s inevitable downfall by expanding his relationship with his father, as well as his breakup with Mary Jane. By the time Harry filled his father’s shoes as the Green Goblin, it was a truly tragic storyline that did the comic book version justice. 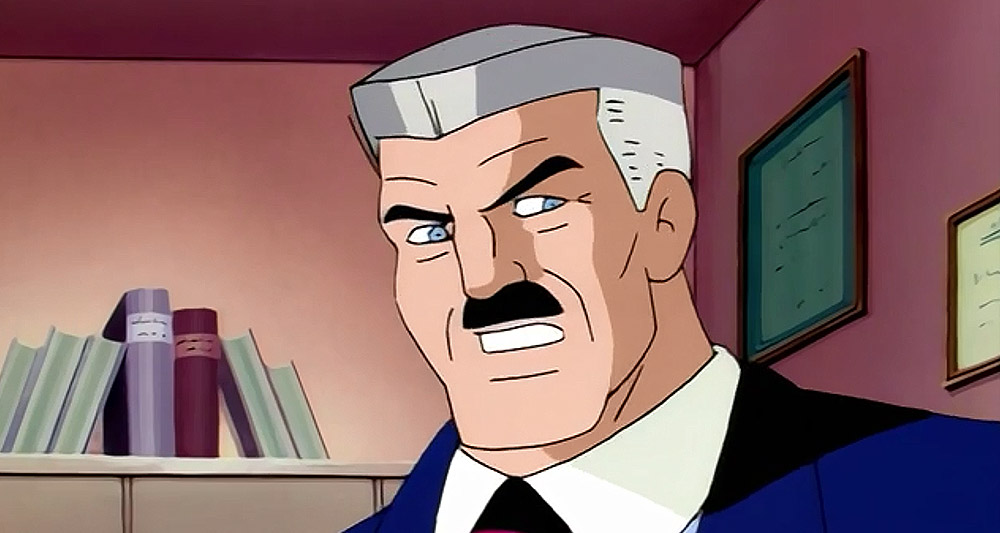 Jameson is a bizarre figure in Spider-Man’s mythology. He’s technically a villain, but he’s not really a villain that Spidey can defeat. The show highlighted this well.

At his core, Jameson is a good man, which the show demonstrates in depth. There are many instances where he works towards Spider-Man’s downfall, while also doing his best to protect the city, and those he loves. 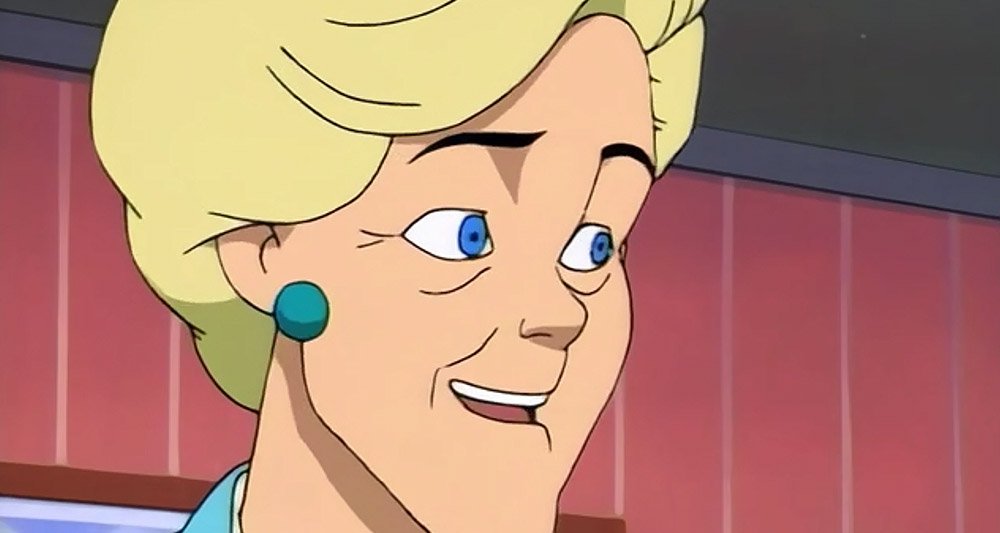 A blissfully unaware Aunt May in ‘Spider-Man: The Animated Series’ (1994), Marvel Entertainment Group

Aunt May has always been integral to Spider-Man’s journey. This is obvious in the comics, however she is often seen as a background character. The animated show did a great job of putting her front and center.

She often gave advice to Peter that steered his actions and the storyline in one direction or the other. It’s undeniable that Peter Parker loves his aunt, but the show displayed it in a way that was much more emotional and grounded than the comics. 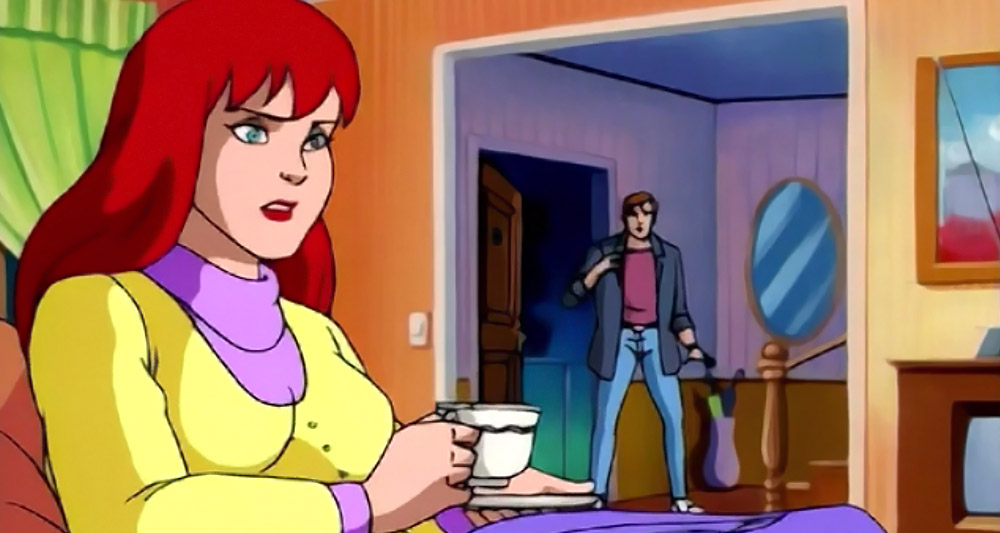 One of the downsides to the animated show is that they never really introduced Gwen Stacy as a character. This made sense, as it was a show primarily for kids, and Gwen’s death would have been a bit much for younger eyes.

Instead, Mary Jane pretty much picked up Gwen Stacy’s duties in this regard. Without Gwen, Mary Jane is Peter’s primary love interest. They were destined for each other, and the show did the smart thing by having her disappear, rather than die on the bridge. 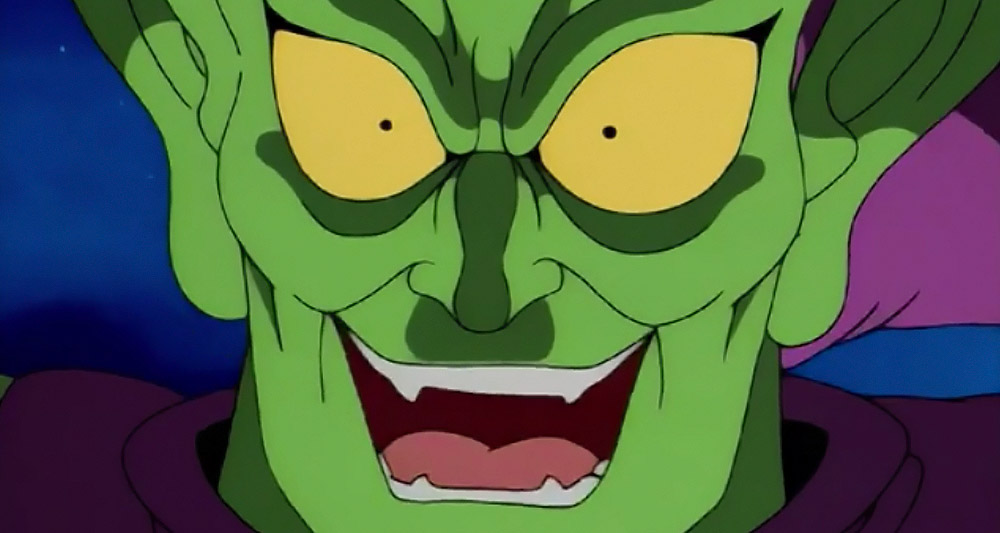 Norman Osborn and the Green Goblin are widely considered Spider-Man’s arch enemy, and the animated show played that up big time. Norman is not a straightforward villain, as his mind is split between himself and the Goblin.

It was a long and arduous journey for Norman as he bounced back and forth between both identities. Also, the Hobgoblin and Harry’s part in the storyline complicated Norman’s character arc. 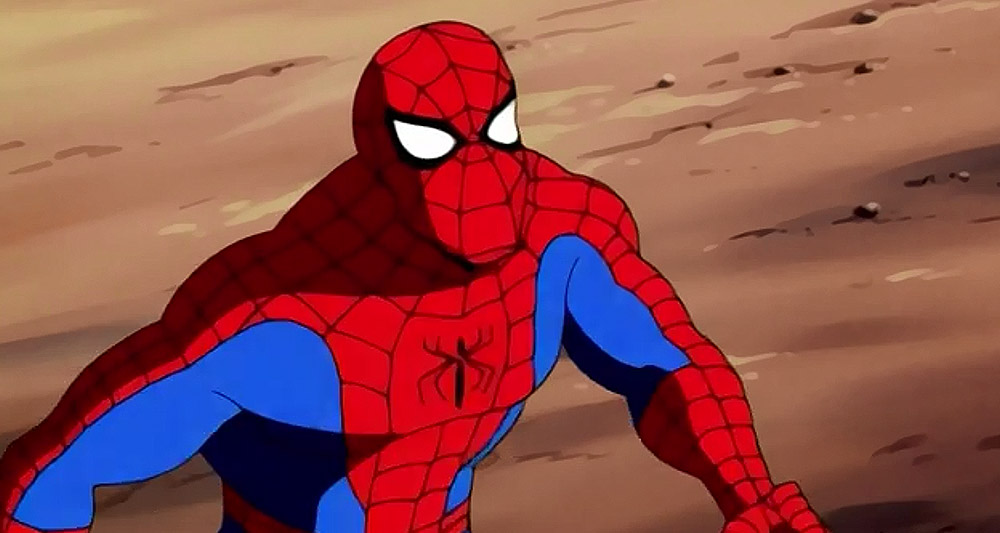 Spider-Man on an alien world in ‘Spider-Man: The Animated Series’ (1994), Marvel Entertainment Group

It might seem unfair to put Spider-Man at the top of all of these characters considering it’s his show, but it’s important to note that the show did an amazing job focusing on the wall crawler.

Peter Parker’s journey was the core of the story, and the way his character development was handled – along with absolutely fantastic voice acting by Christopher Daniel Barnes – made his version perhaps the best in animated history.

NEXT: 10 Villains That Tortured Spider-Man The Most