It’s hard to think of a filmmaker that has had a more prominent career than Steven Spielberg. The man makes heartwarming and heartfelt films encompassing a wide range of genres, and has become synonymous with some of the greatest movies in history.

Unlike most filmmakers, he pursues what he’s truly passionate about, without worrying about chasing trends or the latest hot property. He’s had such an incredible career that some of his films are considered the best of all time, even if newer ones can’t quite match the magic of his early career. 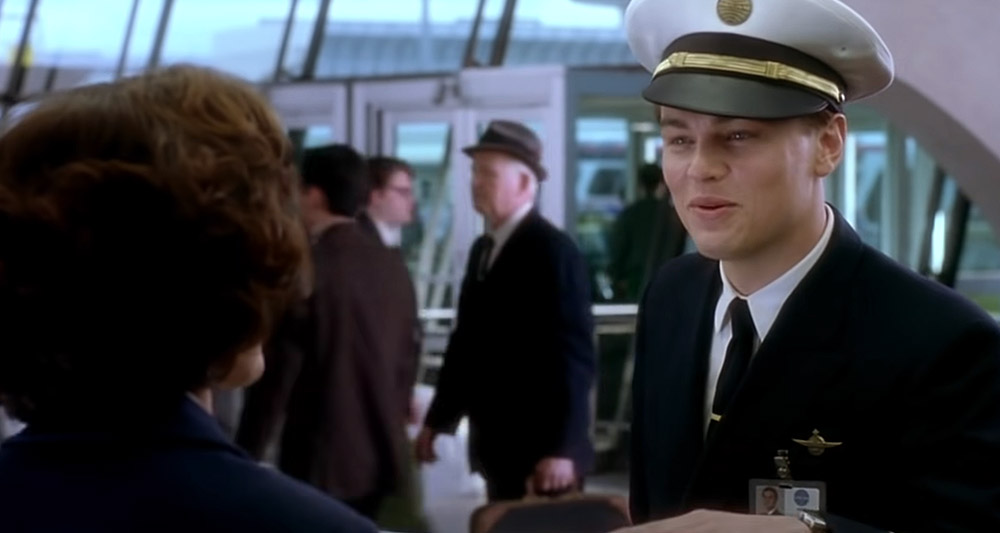 Leonardo DiCaprio in ‘Catch Me If You Can’ (2002), Dreamworks Pictures

While many of Spielberg’s films are either somber or profound, sometimes they’re just fun. That’s exactly what Catch Me If You Can is.

The movie is about a con man being chased across 1960s America by a federal agent. It also helps when a film has two amazing actors in Leonardo DiCaprio and Tom Hanks as the leading roles. 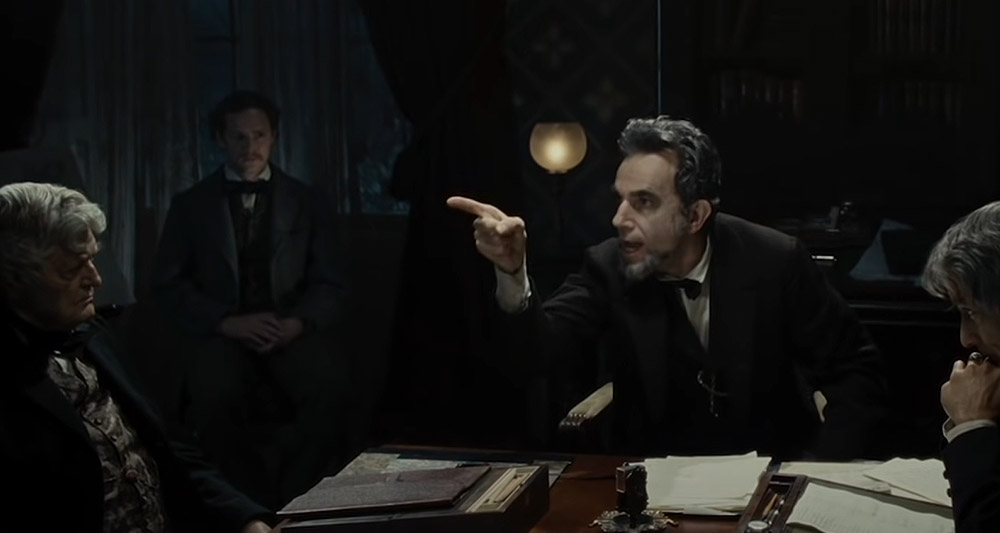 It’s a weird thing to make a movie about Abraham Lincoln, mainly because there’s so many different aspects of his life one can focus on. For Steven Spielberg, that meant the time leading up to his death during the closing moments of the Civil War.

The film is very slow and methodical in its political dialogue. However, Daniel Day-Lewis gives a remarkable performance that makes the film worthy of the Oscar buzz it drew. 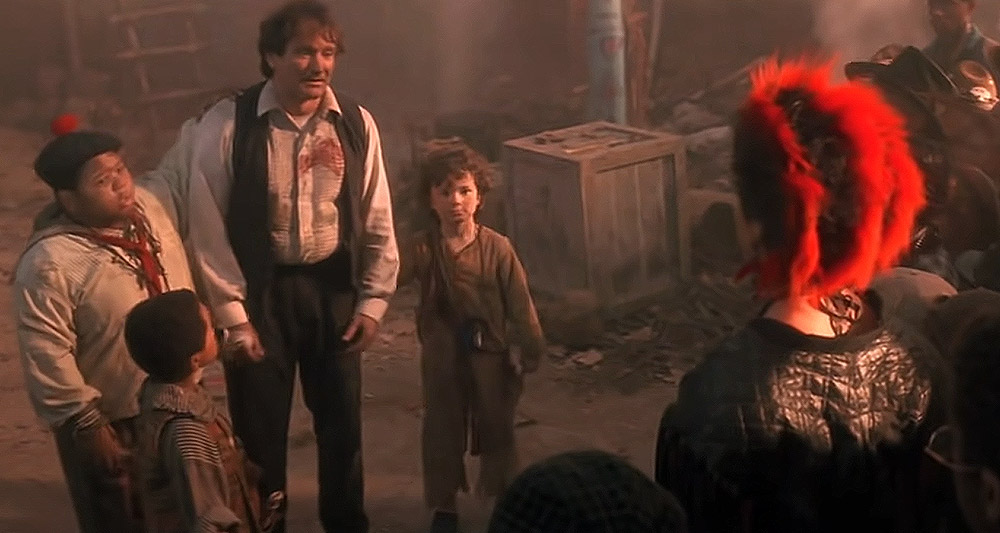 Steven Spielberg has a way of taking nostalgia and giving it a new life. That’s exactly what he did with Hook, by having Robert Williams play an adult version of Peter Pan.

The movie had everything viewers want from a great film. It had action and adventure as well as great characterization and family fun. It was Peter Pan brought into the modern age, and it did so in great style. 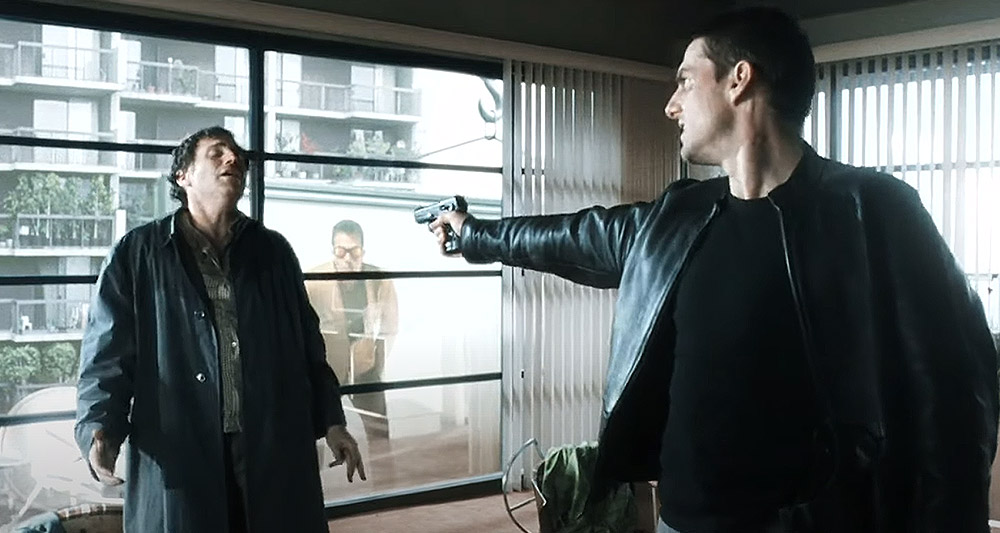 Always one to ask deep questions, Steven Spielberg’s Minority Report questions the concept of fate, and what it means to build a legal system based on a technology that can arrest a person for crimes before they actually commit them.

Even more than that, the movie has a ton of action and suspense, blending a tale of morality with elements of drama, tension, and suspense. Plus, it offers up a few great twists that continue to surprise first-time viewers to this day. 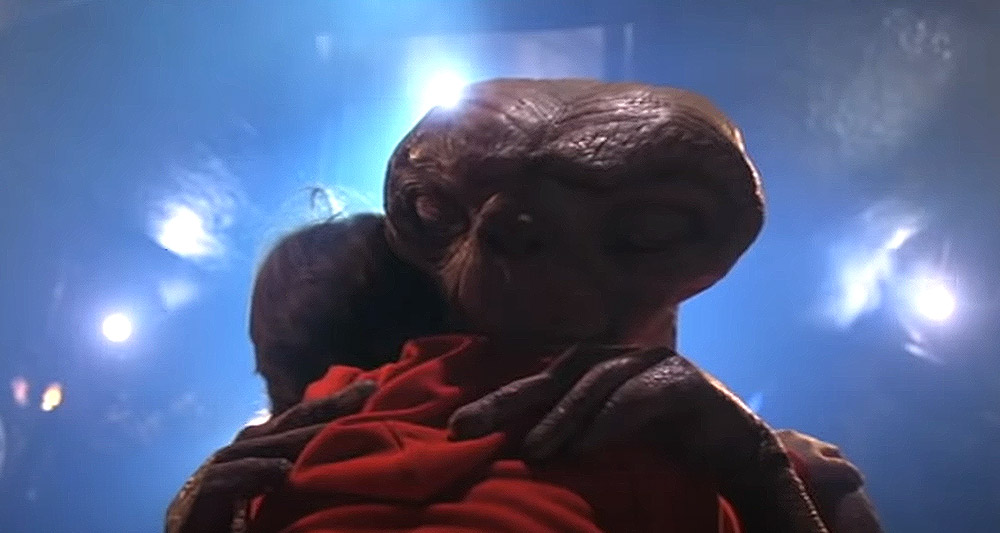 For many moviegoers today, Steven Spielberg built their childhoods. There were so many classics that it was hard to keep track, but ET is certainly at the top of the list.

Spielberg showed us with this movie that sometimes science fiction doesn’t have to lead to big action battles and drama. Sometimes it simply shows us about heart, and what it means to be a good person as a group of teens sought to protect an alien lifeform. 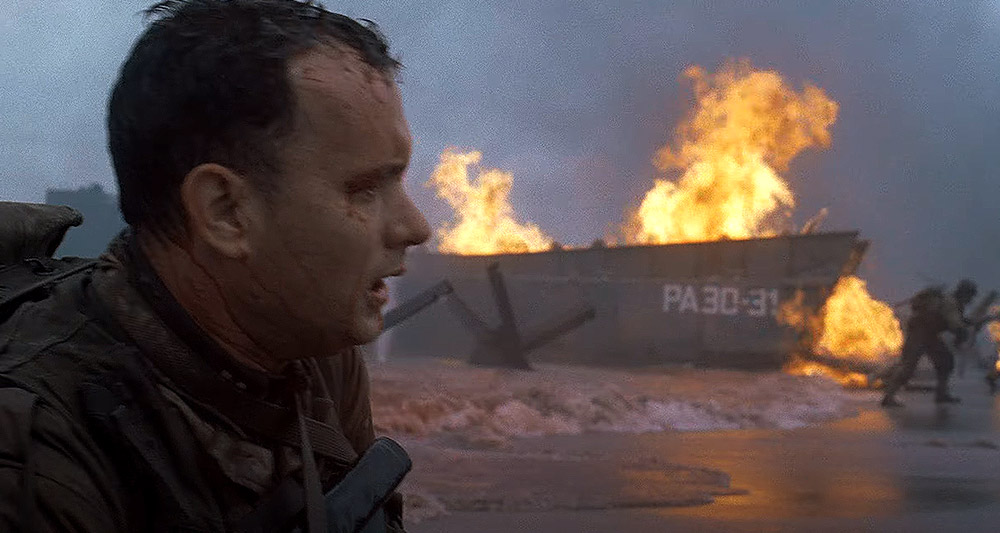 WWII movies were all the rage after the actual war ended, but most of them painted the conflict in the glamor and glitz of Hollywood drama and spectacle. Spielberg defied that particular trope when he made Saving Private Ryan, easily the most gritty and realistic depiction of war ever committed to the screen.

Saving Private Ryan brought all the horrors of war, including blood and gore galore, so that audiences could slug through the story with no embellishment. It was so accurate, in fact, that actual WWII vets suffered panic attacks in the theater, while others reported being able to remember the smell of diesel fuel and gunpowder during the day of the invasion – a testament to filmmaking brilliance. 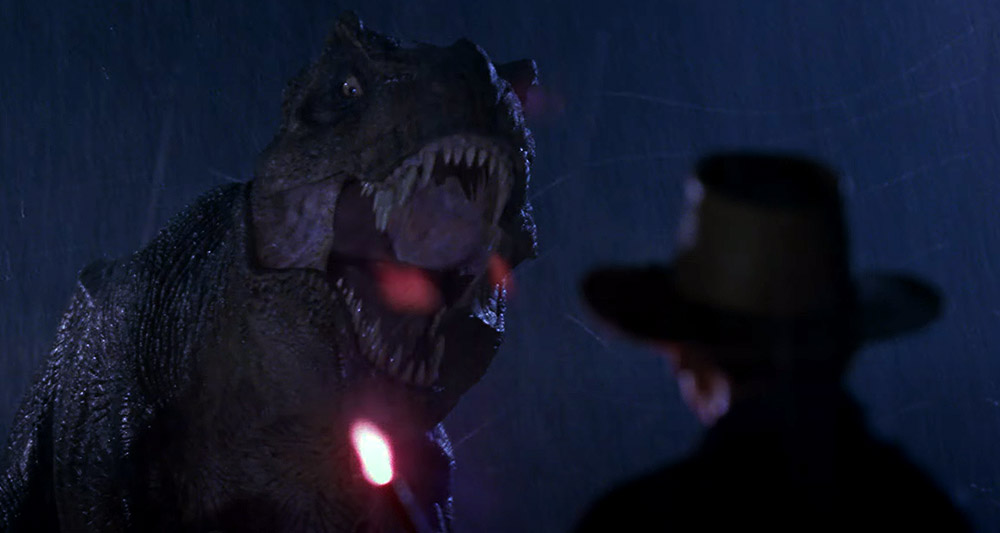 The entire world was shocked by what Steven Spielberg was able to do with Jurassic Park. He had just the right combination of emerging CGI technology and puppetry to make a realistic dinosaur thriller.

It was just the perfect timing of incredible set design and special effects combined with characterization and acting to make a truly remarkable experience. Jurassic Park might not be listed as the greatest film of all time, but it should certainly be a contender. 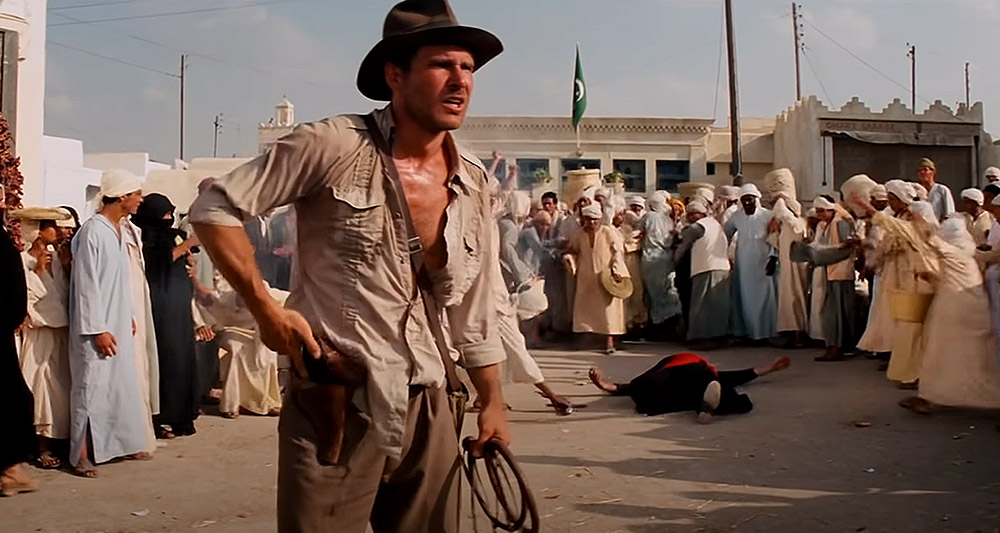 Indy slays a sword-wielding thug in ‘Raiders of the Lost Ark’ (1981), Paramount Pictures

Raiders of the Lost Ark was an experiment in search of a new kind of pulp hero. Spielberg and George Lucas wanted to revive that Golden Age of cinema, and they did so by creating a timeless hero.

This film did such a great job cementing Harrison Ford in the role of Indiana Jones that it’s hard to imagine anybody else as the character. He’s so synonymous with the role that they would rather continue to make sequels, rather than reboot the franchise. 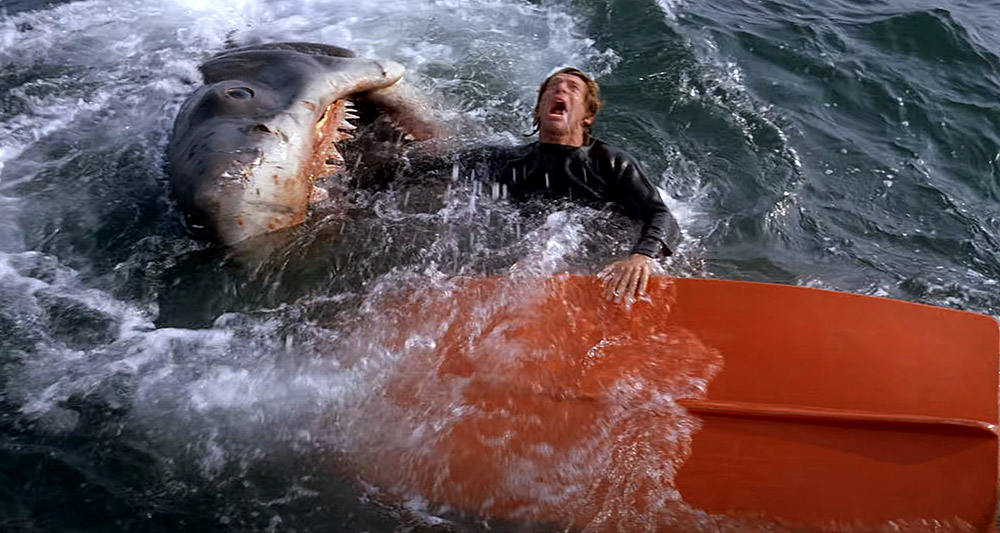 Steven Spielberg was still a young filmmaker when he made Jaws, however it was evident then that he knew exactly what he was doing. He used extremely great filmmaking techniques in order to maximize suspense and create a terrorizing shark film.

At a time when everyone was trying to copy everyone else, Steven Spielberg sought to make a monster out of a common animal. In the process, he made a film that terrorized people in the water for years to come. He also single-handedly established the concept of the summer tentpole blockbuster film, which Hollywood used to revitalize its withering business model at the end of the 1970s. 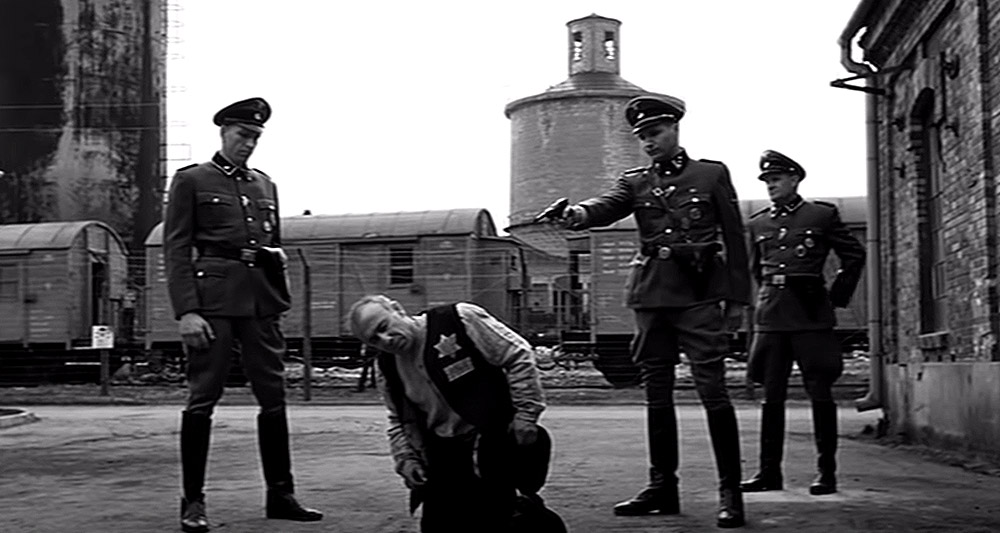 Some films aren’t meant to be enjoyed. They’re just meant to be experienced. That’s exactly what Schindler’s List does, as it focuses on the horrors of the Holocaust, told through the eyes of an opportunistic businessman with a conscience that leads him to risk – and lose – everything for the sake of innocent lives.

As a Jewish person, it must have been incredibly difficult for Steven Spielberg to create the film, but he cites it as a calling. Schindler’s List is a period drama of the utmost importance, and Spielberg delivered a masterpiece alongside a great performance by actors Liam Neeson, Ben Kingsley, Ralph Fiennes and Embeth Davidtz.