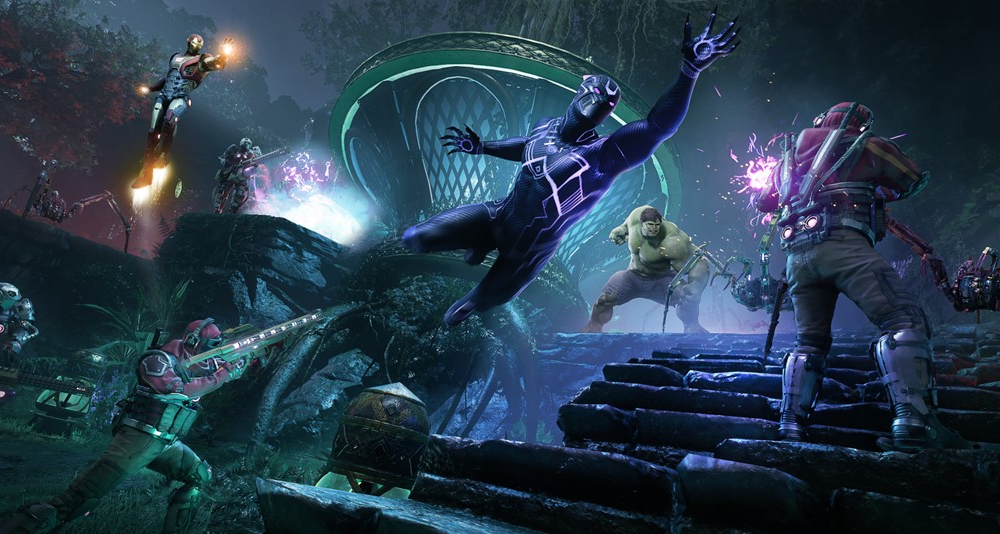 The outcry comes as several tweets from Waggoner from 2010 through 2022 came under scrutiny. Most of them appeared to be jokes and some discussed politics. Discussion seems to be focused on screenshots of the alleged tweets, though some did provide links to the source.

For example, and as shared by @SlightStardust, Waggoner allegedly tweeted in 2010, “Fighting over the internet is like being in the special olympics. Even if you win, you are still a retard.” 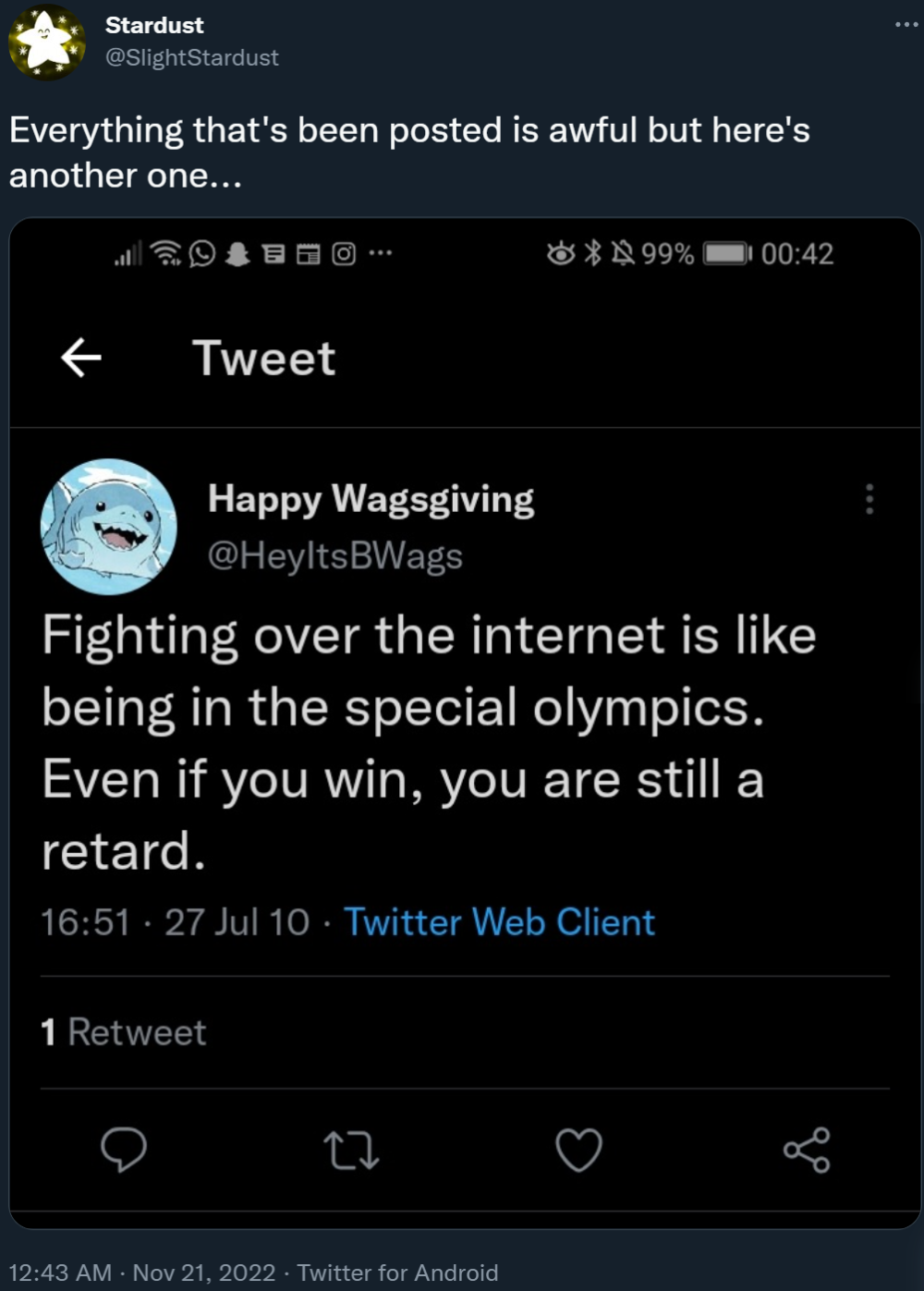 User @mmmmmmmmiller was seemingly outraged by Waggoner’s alleged comment in 2016 regarding social justice activist and former NFL player Colin Kaepernick kneeling during the national anthem. “What did he mean by that,” the user rhetorically pondered.

The alleged tweet shows a redacted user tweet that read, “Imagine if the outrage about @Kaepernick7 not standing for the national anthem was the same about humans of color being murdered by police.” The Marvel’s Avengers‘ Systems Designer allegedly replied, “imagine if that outrage was the same as blacks killing blacks.” 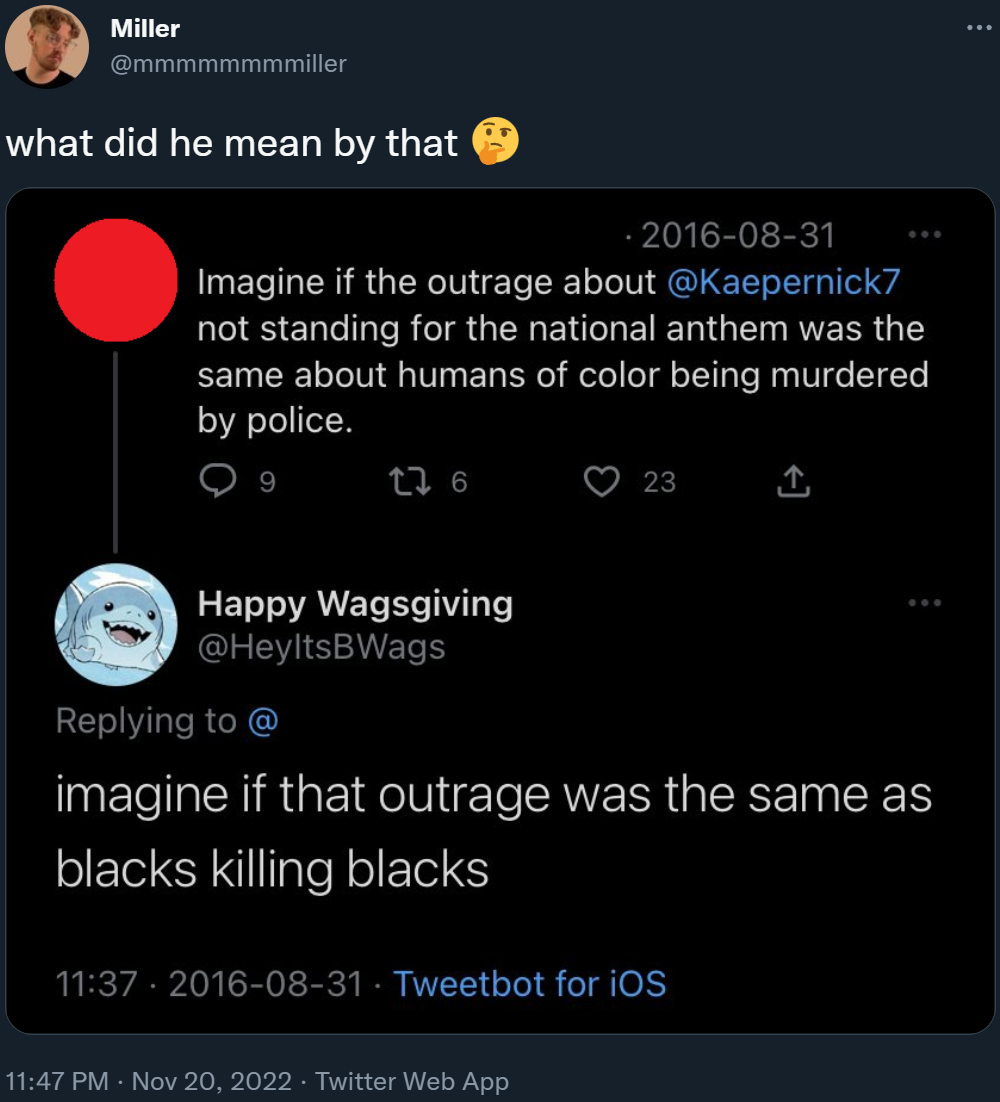 One of the few original tweets to have not later been deleted included Waggoner’s comments over the 2020 US Presidential Election. Specifically, calling for Biden supporters to not persecute Trump supports, prefacing, “I get it. You’re happy that Biden is projected to win.”

“Just remember, every time you treat a Trump voter as the enemy or a moron, you’re just reinforcing why we voted for him,” he defied. “We all have our reasons and it isn’t some blanket approval of everything he does.”

RELATED: ‘Avengers’ Star Scarlett Johansson Says She Was “Hypersexualized” By Hollywood As A Teenager Because Of Her “Older” Looks

Waggoner’s comments on Jane Foster, or “female Thor” as fans have dubbed her, were also taken down. “I am not a woman hater, mysoginist [sic], or bigot, but I really don’t like the idea of female Thor,” he justified. “I love strong women characters but not this.”

Brian Waggoner shares his thoughts on “female Thor” via Twitter

While Waggoner had been framed as a conservative by some, he instead seemed to call for avoiding the stereotyping of them. “It is days like today where im reminded how my twitter feed is full of leftist bigots trying to make strawman arguments about right wingers,” the designer argued.

The former Marvel’s Avengers Lead Designer also implored “Every time you mock or call a conservative a bigoted, racist homophobe, you call perfectly rational people that who dont fit the stereotype.”

Brian Waggoner denounces the mockery and stereotyping of conservatives via Twitter

Waggoner addressed the outcry in late November. “Over the weekend old tweets I wrote from before my time at Crystal [Crystal Dynamics] resurfaced and I apologize and take full accountability for the hurt they caused to my followers, the community, and those I work with.”

“Since that time, I have learned and grown and the content I posted doesn’t reflect who I am today,” he insisted. “I understand if you cannot accept my apology because of the pain I have caused. I will continue to listen, learn, and work to improve myself.” 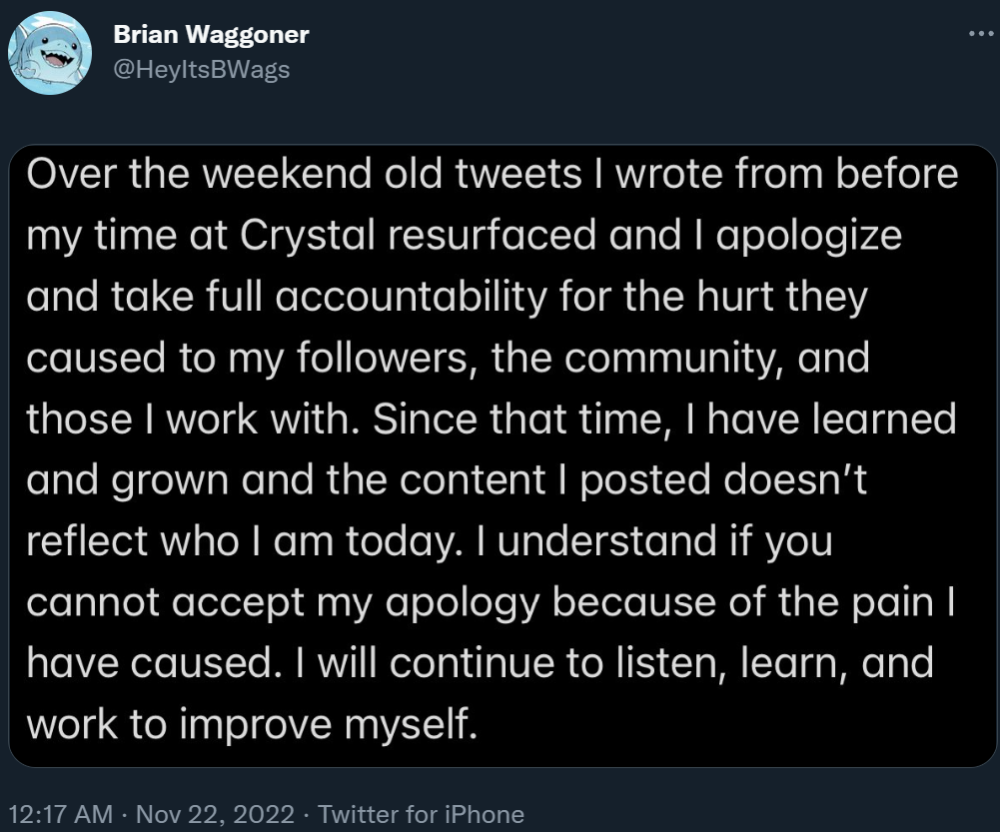 Brian Waggoner apologizes for tweets he made via Twitter

Crystal Dynamics quote RT’d Waggoner’s apology, while revealing he would no longer be a spokesperson for the studio. “It’s incredibly disappointing to see language & views from employees that don’t align with our studio values. We apologize to our community & coworkers who are rightfully upset by the content. Brian will no longer be a studio spokesperson or communicating about studio projects.”

It’s worth noting that Waggoner no longer being the developer’s spokesperson does not mean he’s been fired. Though his LinkedIn profile lists that his work on Marvel’s Avengers as a System Designer ended in January 2022, it also reveals that Waggoner, starting January of 2022, is currently the game’s Gameplay and Systems Design Lead. 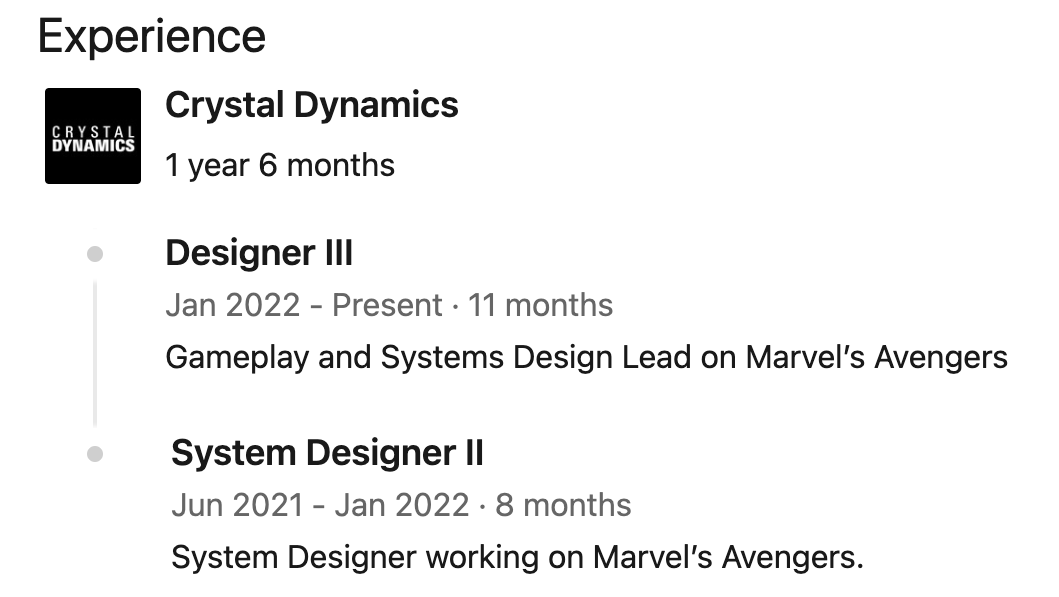 At this time of writing, Marvel’s Avengers has an average user score of 4.6 on Metacritic across all platforms. At launch the game was criticized for its many bugs and performance issues. Even when working, the game’s lackluster and grindy “live-service” experience did little to keep players.

Square Enix announced they made a $48 million loss in the quarter when Marvel’s Avengers was their only major release. It was later confirmed that it failed to offset development costs, with President Matsuda admitting a year later it “produced a disappointing outcome.”

While the game still rumbles on, one must question if “mean tweets” should really by Crystal Dynamic’s focus at this time. 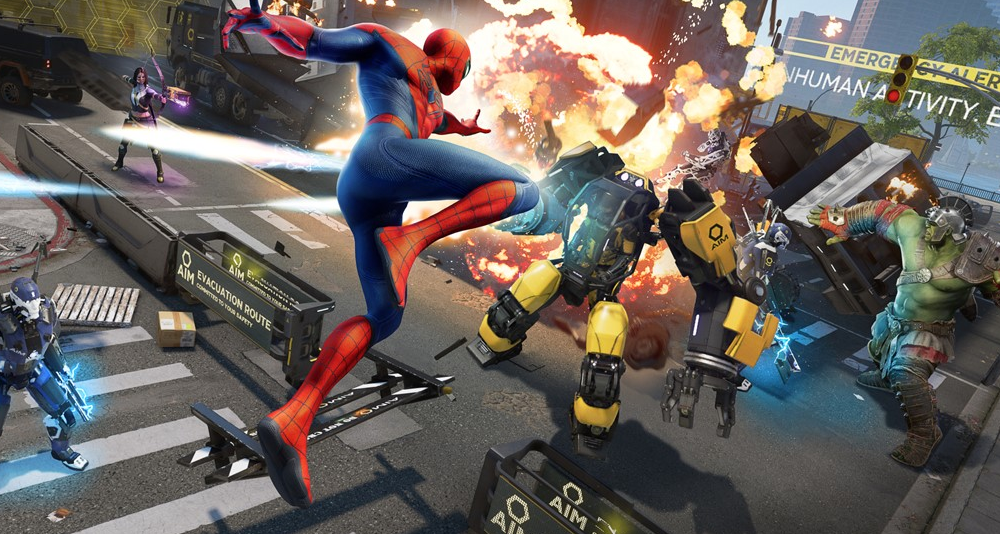