Here’s how you can evolve Girafarig into the brand new Normal and Psychic Type Farigiraf in Pokémon Scarlet & Violet. 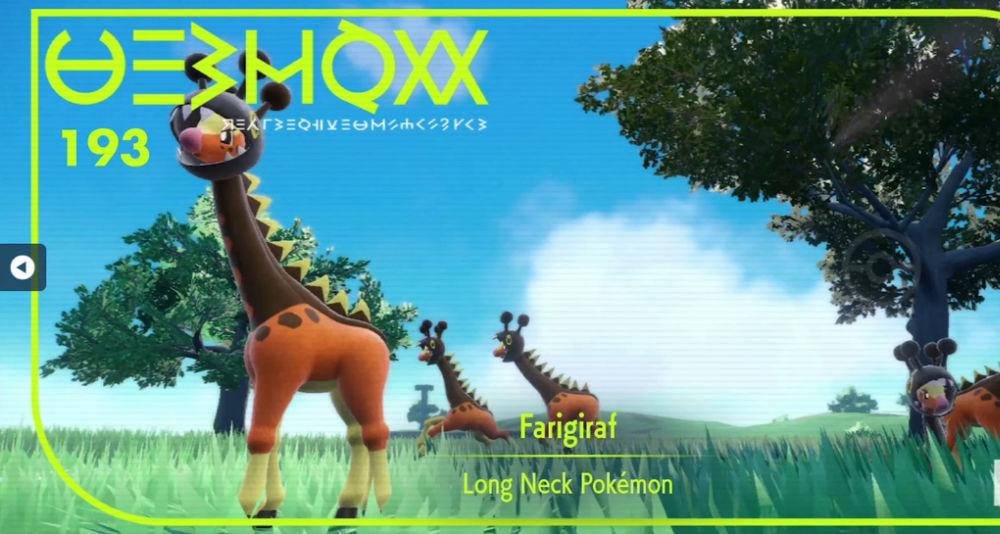 A Pokédex photo of Farigiraf via Pokémon Scarlet & Violet (2022), Nintendo

The brand new Paldea region is filled with Pokémon, most returning from old games, but plenty of new faces. Some of these are even cross-generation evolutions — Pokémon who couldn’t evolve before, gaining a new way to ascend to a new powerful form.

One of these includes Girafarig; a Normal and Psychic Type Pokémon with a brain in its tail. Two heads are better than one, especially when they work together, and they certainly can’t work much closer than when it becomes a Farigiraf.

If you don’t know which way you’re headed, we’ll help you with our guide on how to evolve your Girafarig into a Farigiraf. 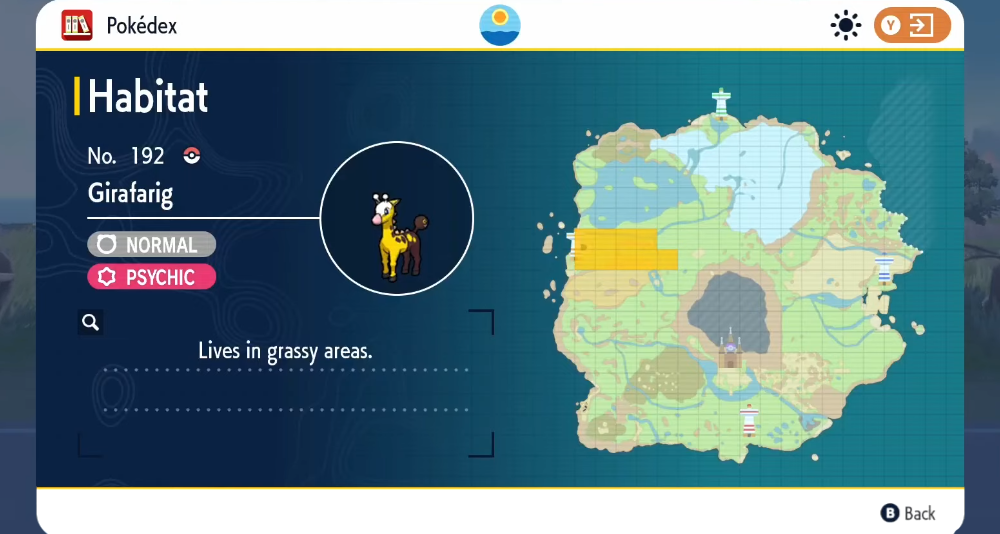 How To Evolve Girafarig

First we’ll need to get a Girafarig of our own. They’re not found in many places, only West Province Area Three and Area Zero. Outside of that, you’ll have to hope a Three Star Tera Raid Battle features one. If you want a shiny, look for the Girafarig with blue snouts, hooves, and spikes running down its back.

Aside from it’s hidden ability, Sap Sipper, Girafarig can normally be caught with one of two abilities. Both of these change when it evolves; even if you don’t like the effects of Inner Focus or Early Bird, by then it won’t have them. We’ll explain more about Farigiraf’s abilities later. 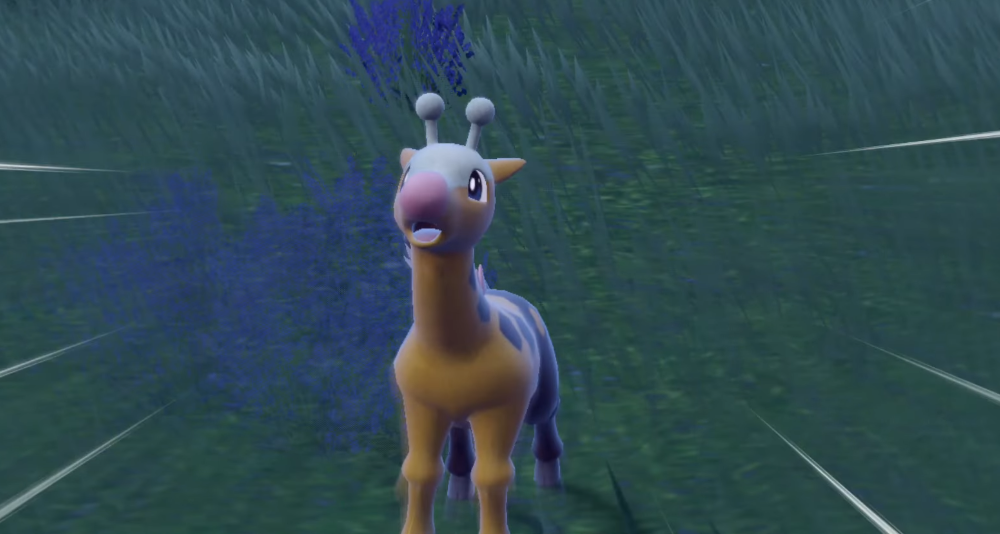 A Girafarig yells out at the start of battle via Pokémon Scarlet & Violet (2022), Nintendo

In order to evolve the Pokémon, Girafarif needs to level up while it knows the move Twin Beam. It learns this at level 32, so you’ve got no problems there. However, if you want to evolve it sooner, you’ll need another Pokémon that knows Twin Beam. In other words, another Girafarig or Farigiraf.

While you could breed a Girafarig, inheriting Twin Beam from its parents and therefore able to evolve at level 2, you can now transfer moves in Pokémon Scarlet & Violet. If a Pokémon has an empty move slot and holds a Mirror Herb, while you picnic with another Pokémon in your party with a move it can learn, it’ll learn the move itself. It won’t even use the Herb in the process and it works regardless of Egg Groups. 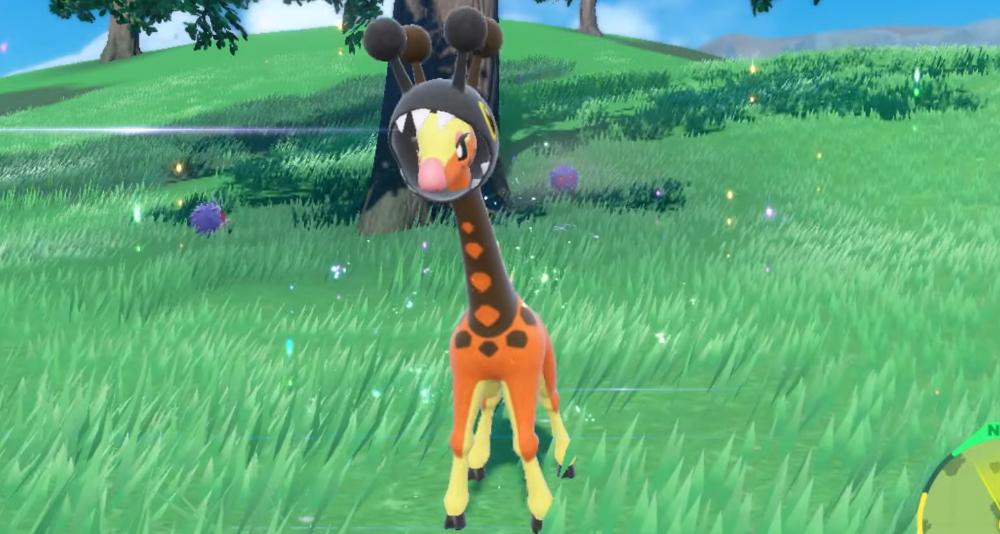 Outside of evolution, Farigiraf can only be found in Area Zero, or occasionally in Four or Six Star Tera Raids. Keep an eye out for a red body, white underbelly, and blue snout — that’s a shiny! While its Speed isn’t great, its HP and Sp.Attack are quite high. Even so, its Defense and Sp.Defense can’t entirely take advantage of its HP but its abilities can help.

Girafarig with Inner Focus become Farigiraf with Cud Chew. When it eats a berry, the user will eat it again at the end of the next turn — very useful when combined with a Sitrus Berry to keep your HP topped up. 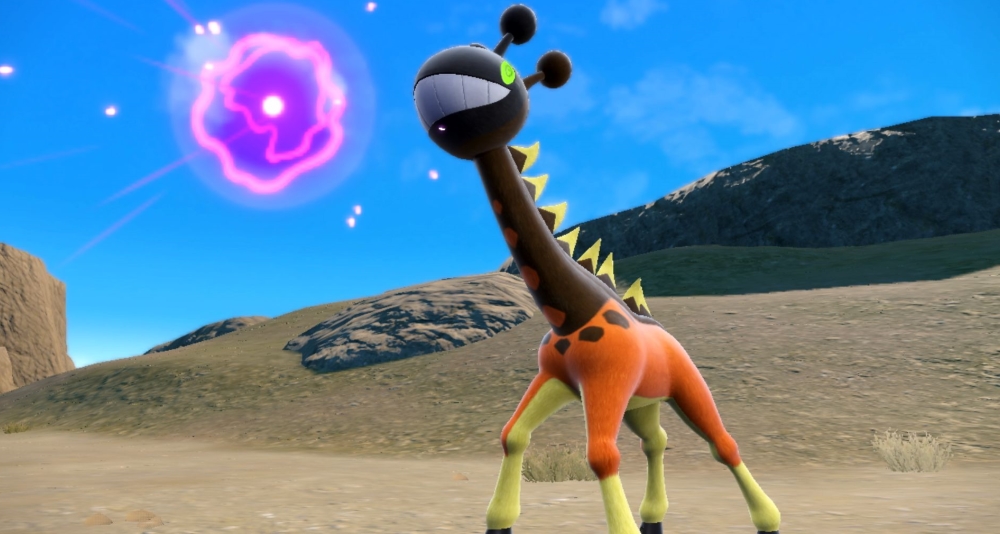 Meanwhile, Girafarig with Early Bird become Farigiraf with Armor Tail. This allows it to go first, as it prevents any move with priority from hitting not just Farigiraf but also its ally in a double battle; a great way to stop moves like Fake Out or Sucker Punch.

Further still, Farigiraf has moves like Power Swap, Guard Swap, Nasty Plot, Calm Mind, and Baton Pass to give useful stat boosts to its allies. No matter how you use it, if you stick your neck out for Farigiraf, it’ll do the same for you.

NEXT: How To Evolve Rellor Into Rabsca In ‘Pokémon Scarlet & Violet’