In his latest embarrassing attempt at signaling his virtue to his fellow adherents of critical identity theory, original God of War director David Scott Jaffe has declared that he will be buying Square Enix’s widely panned Forspoken solely out of spite towards “the a–holes who clearly don’t like women, black people, or Playstation” that he believes are responsible for the game’s poor reputation. 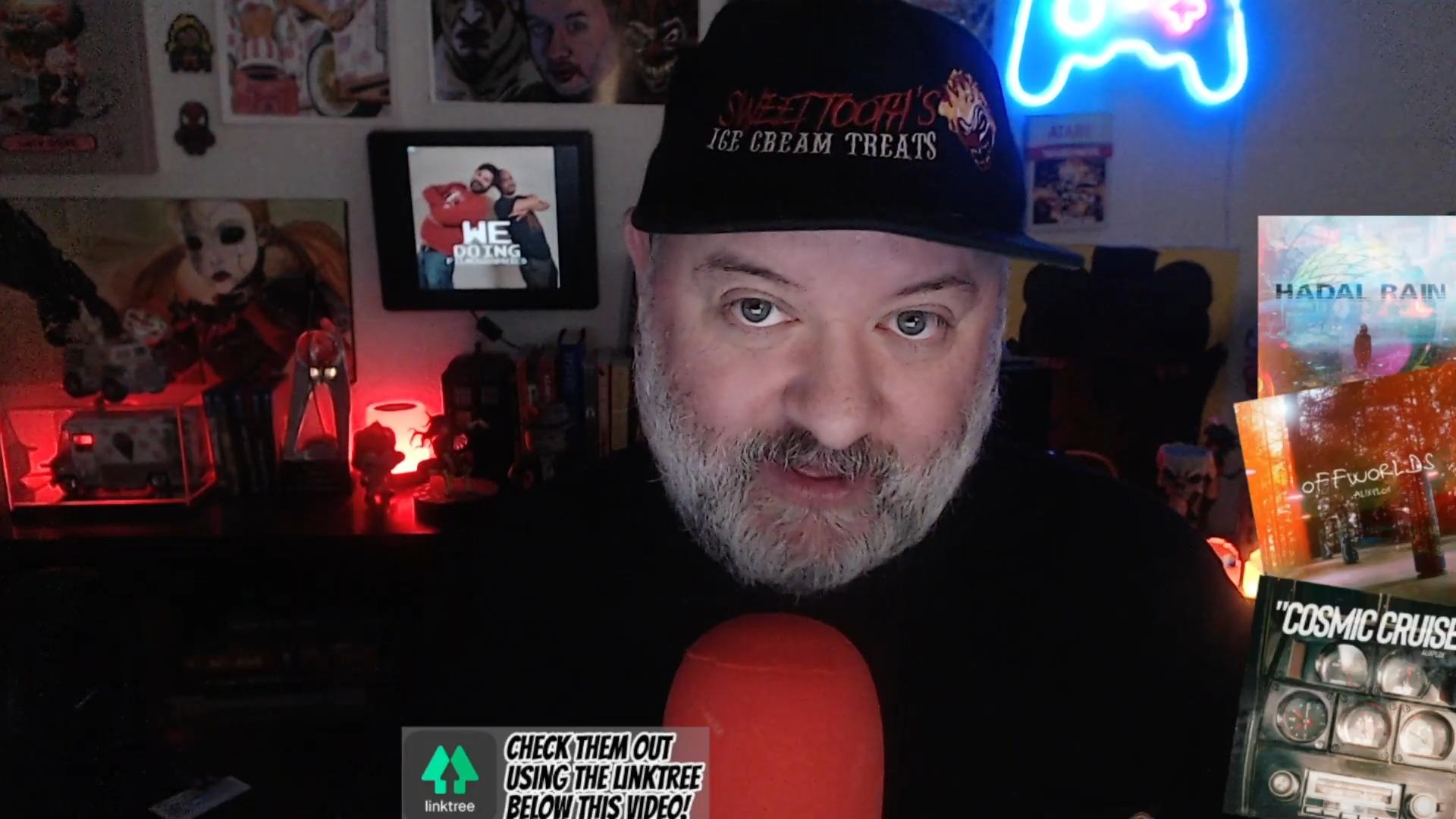 David Scott Jaffe triples down on his accusations against critics of ‘Forspoken’ in Why Is Forespoken Getting So Much Hate?!?+Perfect Dark In Trouble…Again?!?+ MORE! via YouTube

Released by Square Enix on January 24th, Forspoken centers on the story of Frey, a young New York City native who, upon being transported to the magical world of Athia and discovering that she possesses the ability to wield magic, must team up with a sentient Cuff to free her new surroundings from the oppressive rule of a group known as the Tantas in order to find her way home. 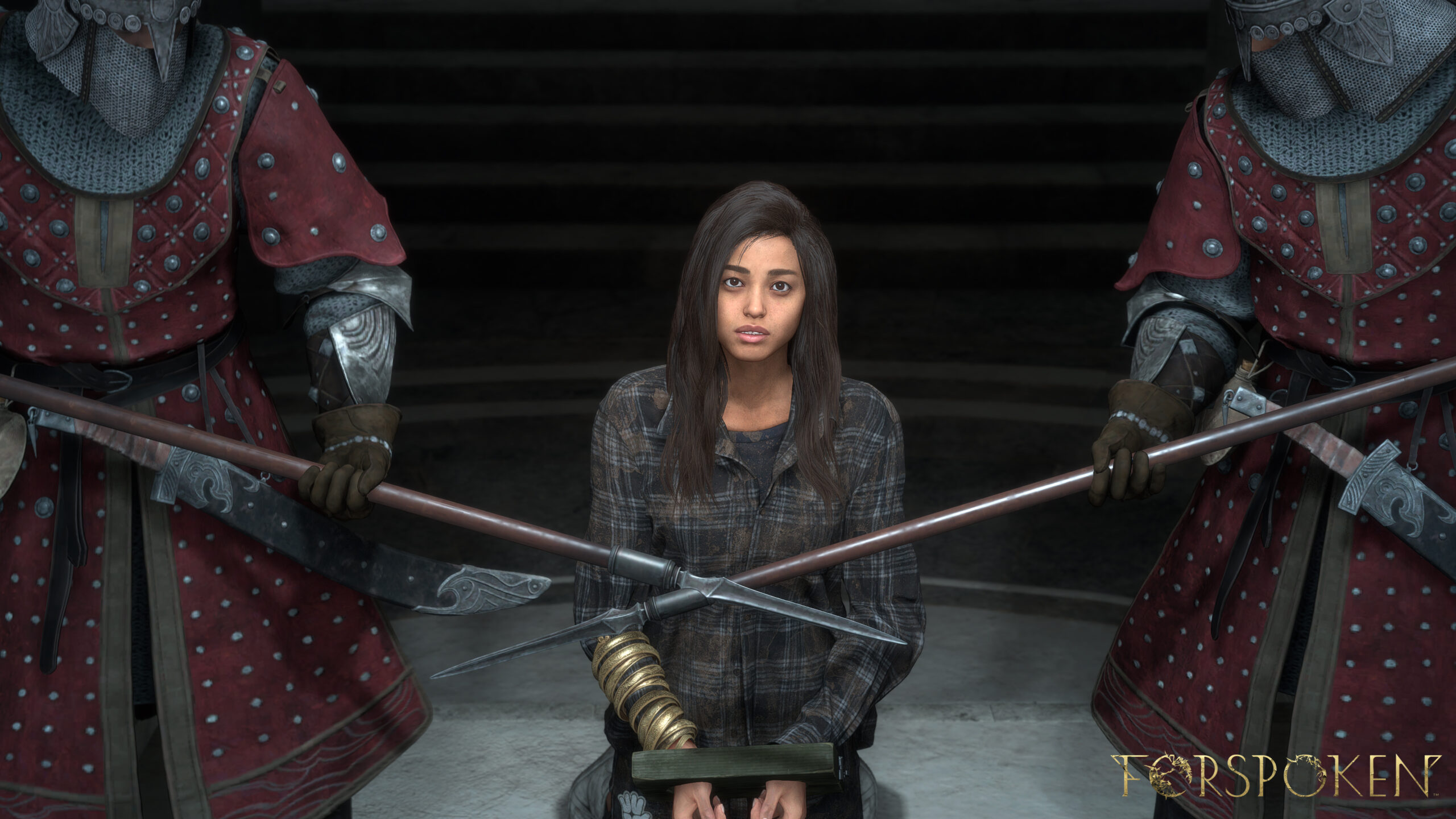 Freya (Ella Balinska) is brought before the court of the Tantas upon her arrival to Athia in Forspoken (2023), Square Enix

Yet, despite being developed by the team behind Final Fantasy XV and featuring a story penned by Gary Whitta (Rogue One: A Star Wars Story), Amy Hennig (Uncharted series), Allison Rymer (Freeform’s Shadowhunters), and Todd Stashwick (EA and Visceral Games’ cancelled Star Wars project), Forspoken has managed to miss the mark by nearly every metric.

And it’s not just regular players who have been taken aback by the game’s seventh console generation-level graphics, unsatisfying combat, and ‘Marvel Cinematic Universe on several different steroids’ style of dialogue, as even legacy media reviewers couldn’t delude themselves into enjoying the game’s ironically detached personality.

I present to you *actual* dialogue from Forspoken pic.twitter.com/IzygNHHM2T

Per review aggregator Metacritic, the PlayStation 5 release of Forspoken currently holds an average score of 68/100 across 66 reviews, with even such notoriously slanted sites as GameSpot, Inverse, and even TheGamer unable to give the game more than a middling grade.

“It’s not fun, it’s not engaging, it looks terrible,” summarized Forbes’ Erik Kain of the game’s poor reception. “So yeah, sorry to burst your bubble, but a 68/100 Metacritic score feels too high [emphasis Kain’s] for this game.” 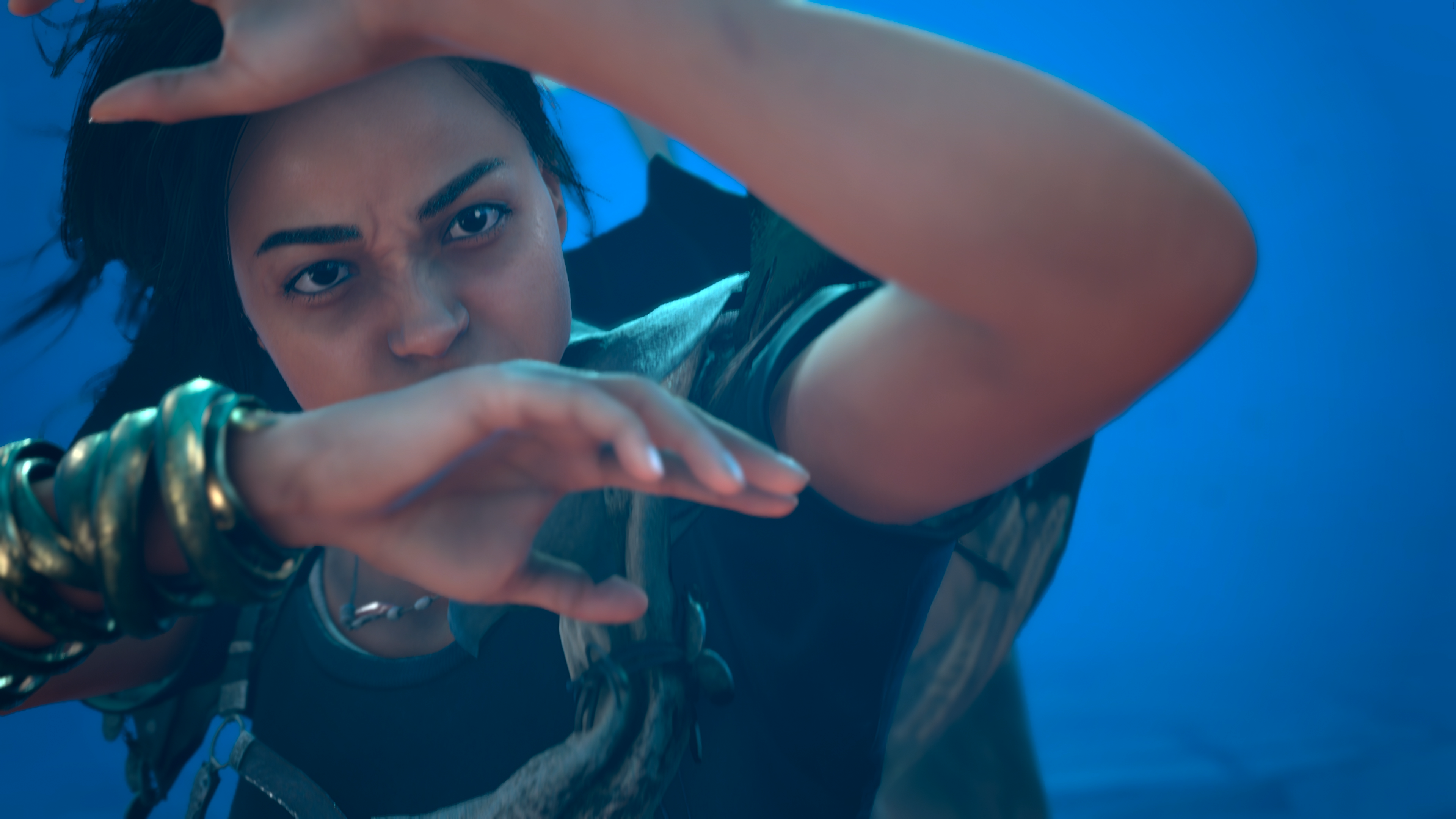 Freya (Ella Balinska) braces herself against the winds of Athia in Forspoken (2023), Square Enix

Offering his two-cents on the situation after taking notice of the negative attention the game was receiving in the days leading up to its launch, Jaffe took to his personal Twitter on January 23rd to opine, “I have no strong opinion on FORESPOKEN [sic] atm. Played the demo, enjoyed it but not looking to drop 70 bucks on it.”

“Anyway, the pile on has me thinking of this and how as I’ve gotten older I’ve realized there is no bad creative output,” he added. “Like, ever.”

In support of his argument Jaffe shared a brief bit of gameplay footage from his previously developed Drawn to Death, explaining that though the game “was my biggest failure, critically and commercially [and] reviews said it was juvenile, and it probably was,” its in-game announcer “was one of my very favorite parts.” 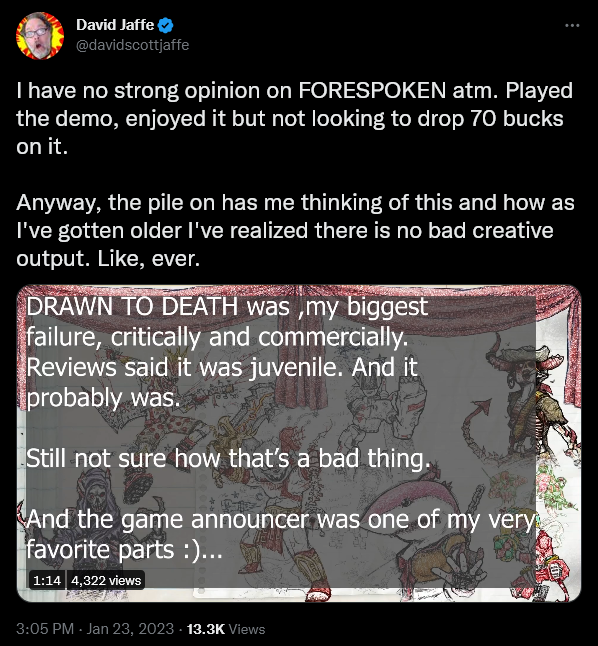 But after encountering further negative criticism of Forspoken (and ostensibly realizing that his somewhat favorable read of the game was an unpopular opinion), Jaffe began to take the discourse personally. Finding himself at a breaking point, Jaffe returned to Twitter later that evening to conversely declare, “I’m inches from pulling the trigger on FORESPOKEN [sic] at $70.”

“Part of it is the good stuff I’m hearing from people who are playing it-and the fact I DID enjoy the demo,” he said. “The other part is I want to buy it to spite the a–holes who clearly don’t like women, black people,or Playstation.”

Eventually forced to face the fact that the game was not just being rejected by his strawmen perception of ‘gamers’ but also his ideological allies, Jaffe attempted to save face by backpedaling, “To be clear, the tropes about black folks in Forespoken [sic] are s–t + they were callled out over a year ago and Square did nothing(which is their right,of course). But I’m talking about the players who are being dicks for no clear reason so I assume it’s racism+console war+misogyny.”

Failing to win over anyone with his doubling down, Jaffe would attempt to further disingenuously distance himself from his initial rhetoric by turning his nose upward and asserting, “Learn to read human beans.I said one of the reasons I’m buying Forspoken is to spite people for whom them being racist,misog,console wars are motivating factors in slamming it.”

“If someone plays it and hates it for other reasons they can articulate, fine by me,” he concluded. “That’s fair.”

Forspoken is now available for the PlayStation 5 and PC platforms. 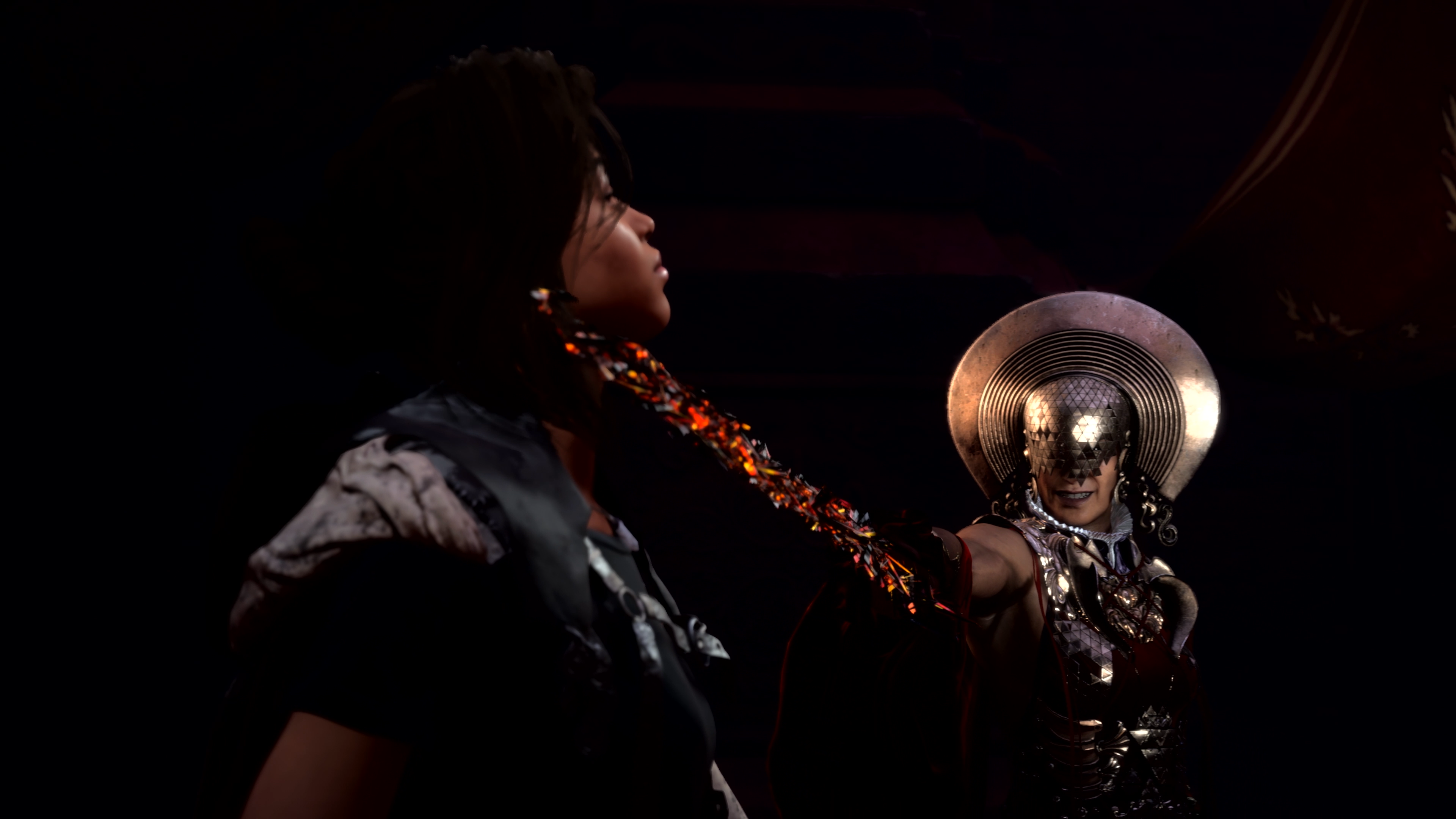 Freya (Ella Balinska) finds herself at the mercy of the Tantas in Forspoken (2023), Square Enix