Video game YouTuber Griffin Gaming has found himself the target of a mass false-flagging campaign after criticizing Twitch streamer ZombaeKillz for her constant use of her immutable identity traits as a way to demand free, next-gen consoles. 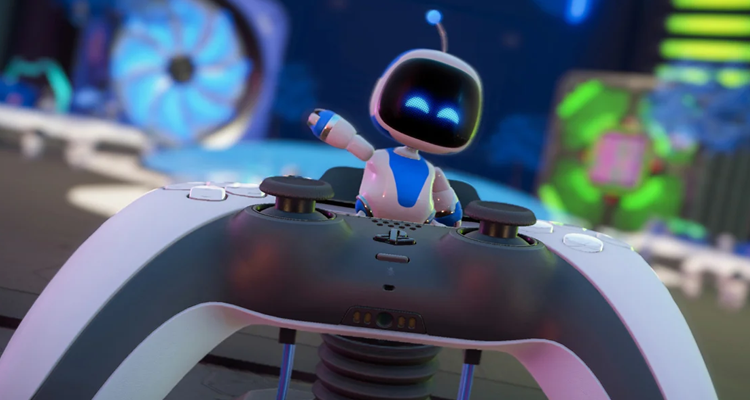 A Twitch partner and streamer with roughly 4,700 followers on the platform, Zombaekillz describes herself in her profile as an “activist, **blerd**, and a variety streamer” who loves “to play games, talk about movies, swear loudly and read books”.

In recent weeks, Zombaekillz has garnered attention across social media for her regular requests to video gaming entities, particularly Microsoft and Sony, that they provide her with their latest console offerings simply due to her gender and racial identity. 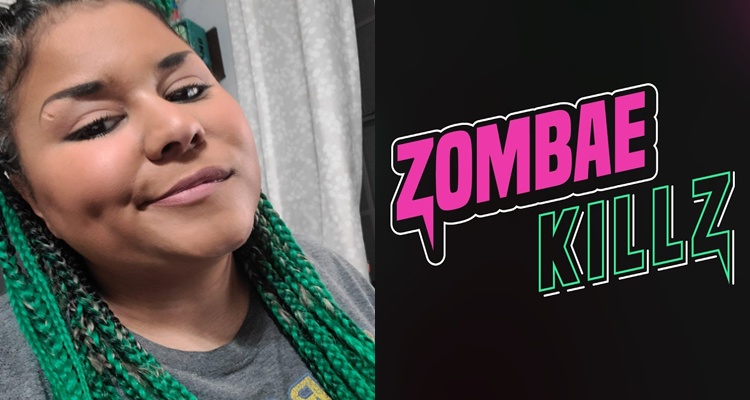 “We noticed a lack of representaion of WOC ,in specific black women, reviewing your console” Zombaekillz wrote to the official PlayStation Twitter account. “I’d like to volunteer myself if you needed help in finding people to do so. I have written review articles for Toms Hardware and would love a chance to do so.” 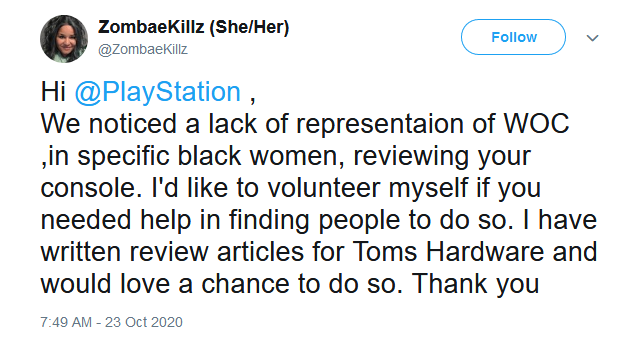 In a separate tweet directed towards Microsoft, Zombaekillz shared her wish to see Xbox Series X “in the hands of people that look like me for reviews [,] not just the few black and brown adjacent MEN” on the basis that “representation matters[,] especially when black women are the most unprotected and disrespected beings on the planet.” 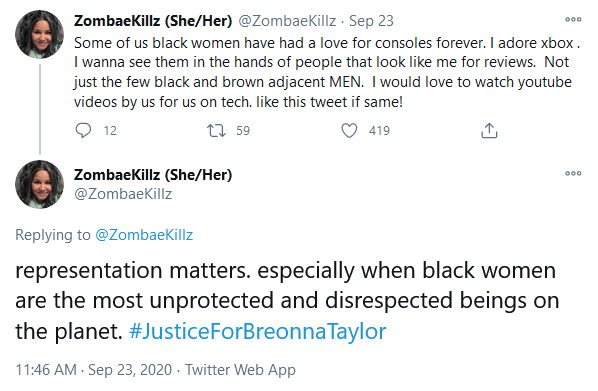 Unsurprisingly, these requests are not made apropos of nothing, as more often than not, Zombaekillz is successful in garnering not only the specific attention of these companies, but also her desired items.

On November 2nd, Zombaekillz announced that she had been given “he opportunity to show the world next gen thru a prism of BLACK GIRL MAGIC” by Microsoft, in the form of a complimentary Xbox Series X.

Less than two weeks later, on November 11th, she would similarly give a “shout out to @PlayStation” and thank them for providing her with a free PlayStation 5. 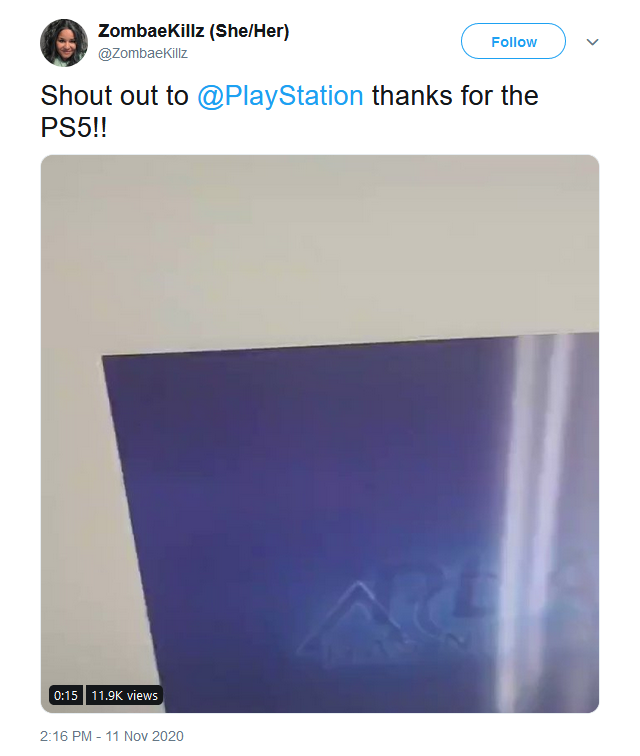 On November 23rd, her tendency to receive free items under the auspices of nothing more than her belonging to a certain identity group came under fire by Griffin Gaming, who published a video in which he criticized the streamer’s recent appearance in an Inside Gaming video titled “Why console makers need to support POC creators”.

In the stream, Zombaekillz and a panel of other activism-minded players discussed why they believed representation to be one of the most pressing issues facing the industry and how critical social justice and race theory-based actions could benefit the entirety of ‘gaming’.

Following her appearance on the stream, Griffin Gaming noted that he could not determine what Zombaekillz’s self-described “existence in gaming” was, “other than bitching about not getting a free console.”

“It never ends with people like this,” he stated. “They’re always going to keep asking for more shit.”

However just one day after his publication of the aforementioned video, Griffin Gaming removed the video from his channel, informing his viewers in a follow-up video that two unspecified members of the Inside Gaming panel had organized “a mass flag campaign against my YouTube channel on Twitter.”

As explained in the video, Griffin Gaming made the decision to remove the video from his YouTube channel due to how the platform “does not back-up its creators, does not care about its own TOS, and they will nuke your channel over a singular video, even if you do not have three strikes on your channel.”, though he further adds that he “still stands by everything I said in that video.”

“Man f— this piece of shit,” Zombaekillz’ call to arms began. “F— him for using my shit out of context. For attacking me and sending your SHITTY WHITE SUPREMACIST COMMUNITY AFTER MY CONTENT. just f— you. I’m tired. So tired. And I know yall will tell me to get hit quietly but honestly thats [sic] shitty .”

After a lengthy Twitter thread in which she proceeded to decry “white men” and claim that she “[rides] hard for marginalized people”, Zombaekillz directed her followers to “report his bitch ass video.”

Another member of the Inside Gaming panel, Stephanie “Nnesaga” Ijoma, shared Zombaekillz’ sentiment, asking her own followers to mass-report Griffin Gaming’s Discord server and claiming that “Him and his racist community have been plotting and planning to lynch us.”

Ijoma provided no information to support these accusations, instead merely claiming that she has vague “evidence”. 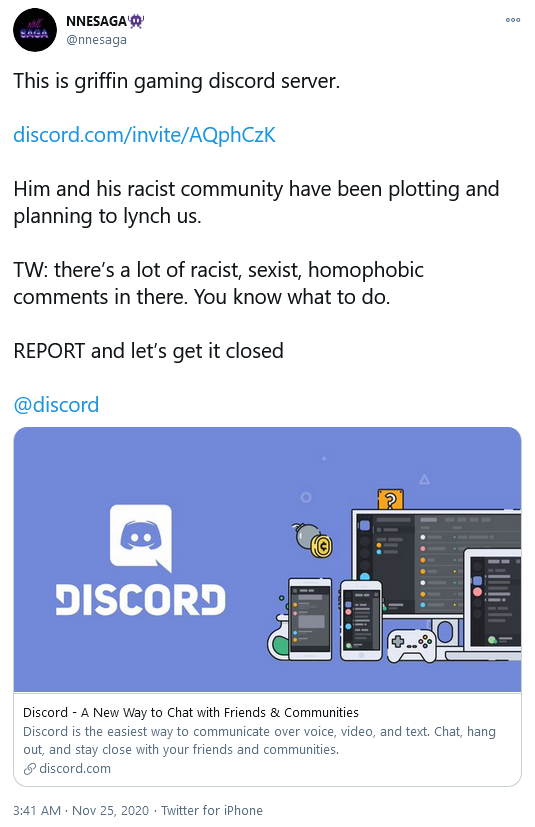 Zombaekillz herself has since rolled her issue with Griffin Gaming into a more general war campaign against racial injustice in gaming, declaring on November 24th that “today we push back.”

“No more bullshit,” she asserts. “Support US. the marginalized folks on your timeline. In tangible ways. Risk your bag. And speak up. Today ain’t about me. Its about every other person quite than me that can’t find their voice.  Gaming is for everyone.”

What do you make of this entire situation? Let us know your thoughts on social media or in the comments down below!