Carol Danvers first appeared in Marvel Comics’ Marvel Super-Heroes #13 in 1968. She was created by Roy Thomas and Gene Colan.

In her first appearance she was simply a civilian who was the head of security at a restricted air force base that housed Intergalactic Sentry #459. General Bridges described her as “the finest head of security a missile base could want!” 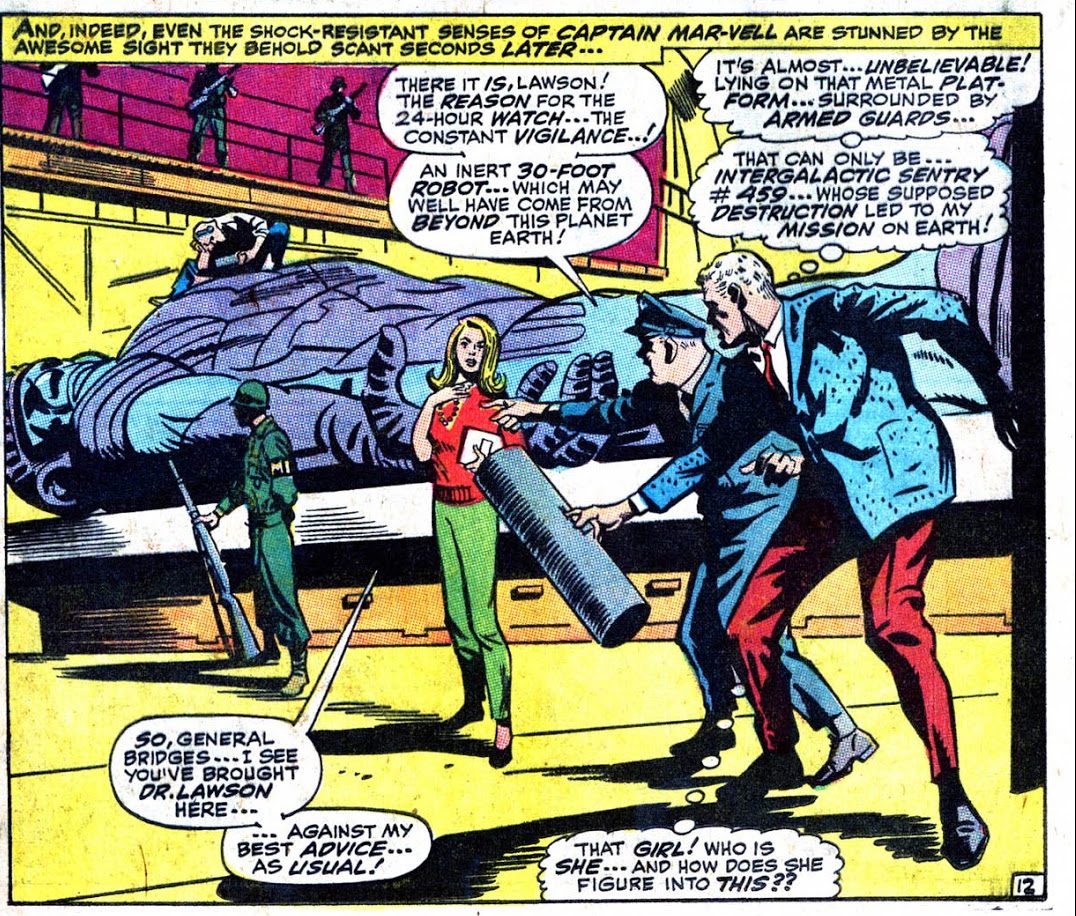 Danvers would continue in her civilian duties as the head of security at the missile base and began investigating Dr. Lawson, who was the secret identity of the Kree hero Mar-Vell.

Related: Cosplay of the Day: Zoe Volf as Carol Danvers a.k.a Ms. Marvel

While in the midst of her investigations into Lawson, Mar-Vell would actually help her and the two began romancing each other with Carol giving the Kree hero a big kiss after he provided her with some vital information. 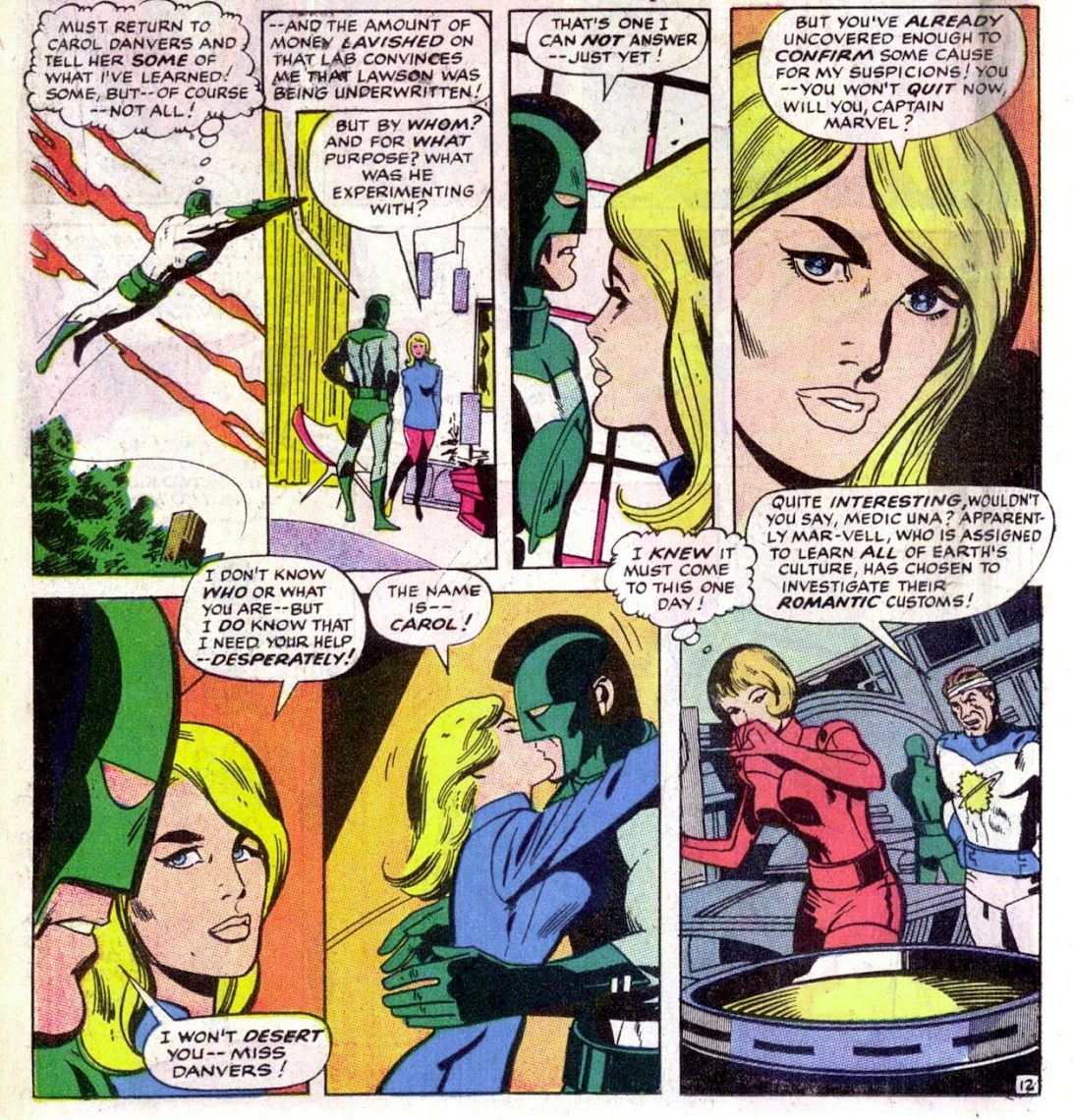 During her duties she would get abducted and kidnapped on a number of occasions. 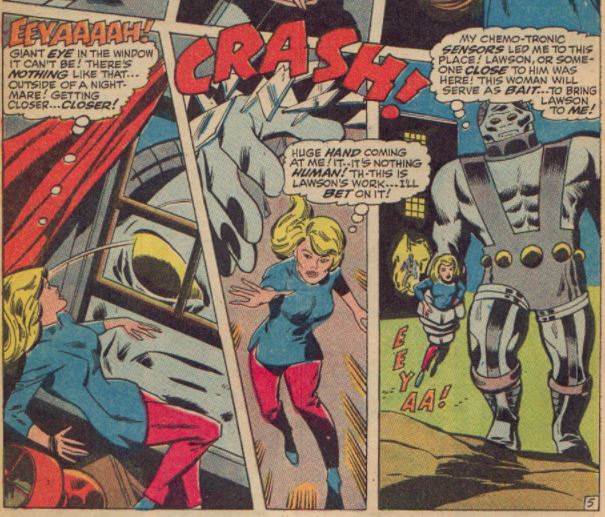 Related: My Hero Academia’s Camie Utsushimi Gets A Thick Pinup From Artist LumiNyu 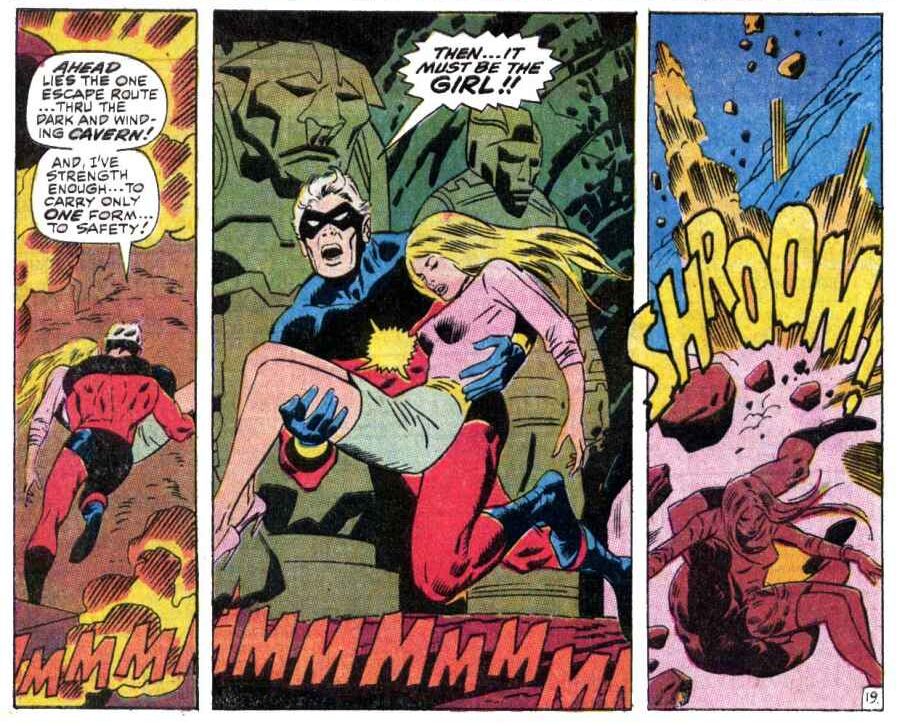 In Ms. Marvel #2 it would eventually be revealed that Danver’s exposure to the Psyche-Magnitron in combination with Captain Marvel protecting her, granted her Kree powers that allowed her to transform into Ms. Marvel. 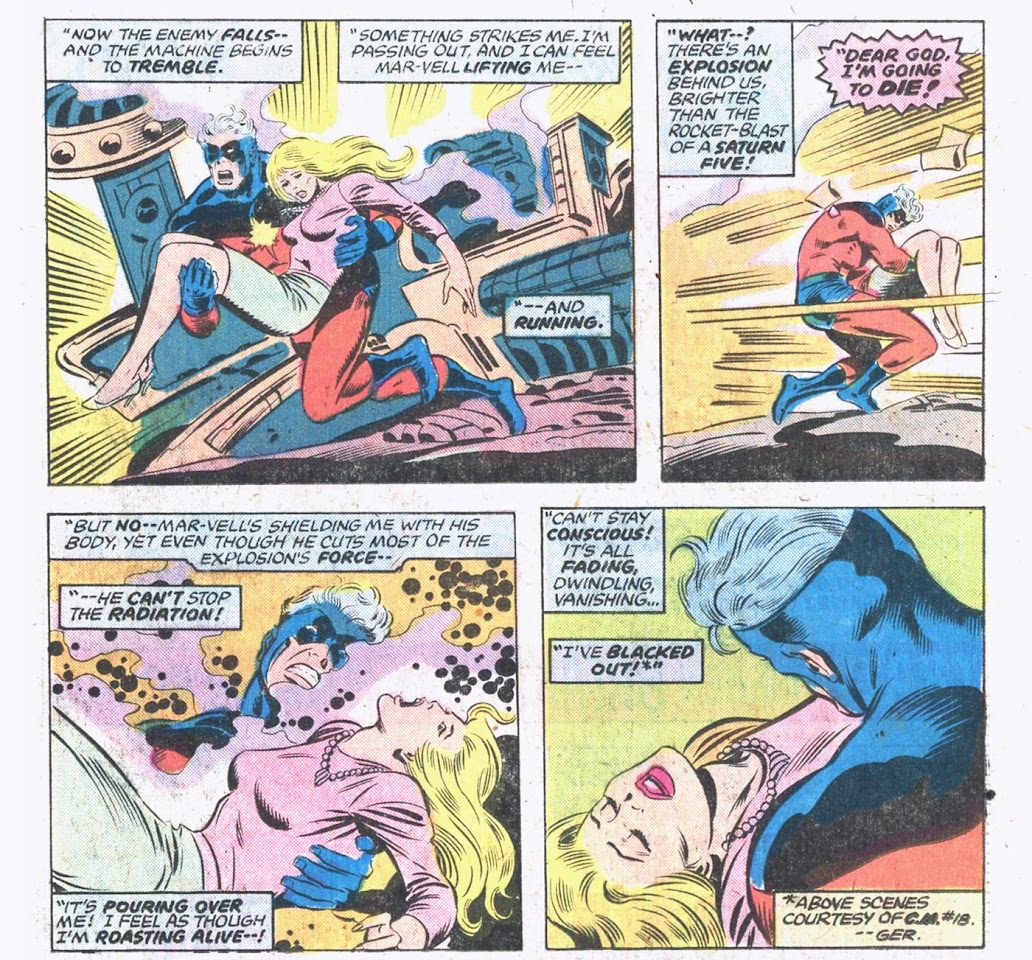 Her original outfit as Ms. Marvel featured a skin-tight black and red top that exposed her midriff. In the middle of her chest was a bright yellow star. Along with her black and red top, she wore a black bikini bottom. 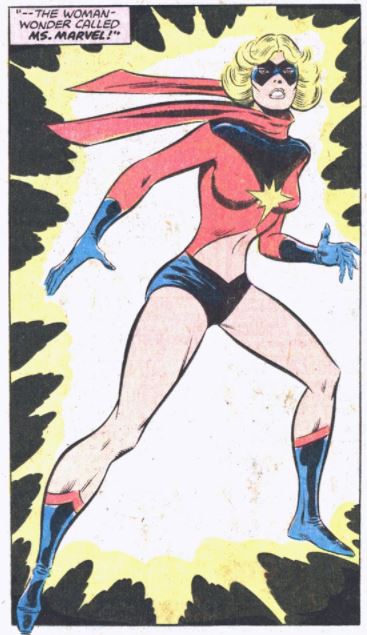 Part of her back would also be exposed as well.

Her outfit would undergo a slight change in Ms. Marvel #9 with her exposed midriff and back being covered up. 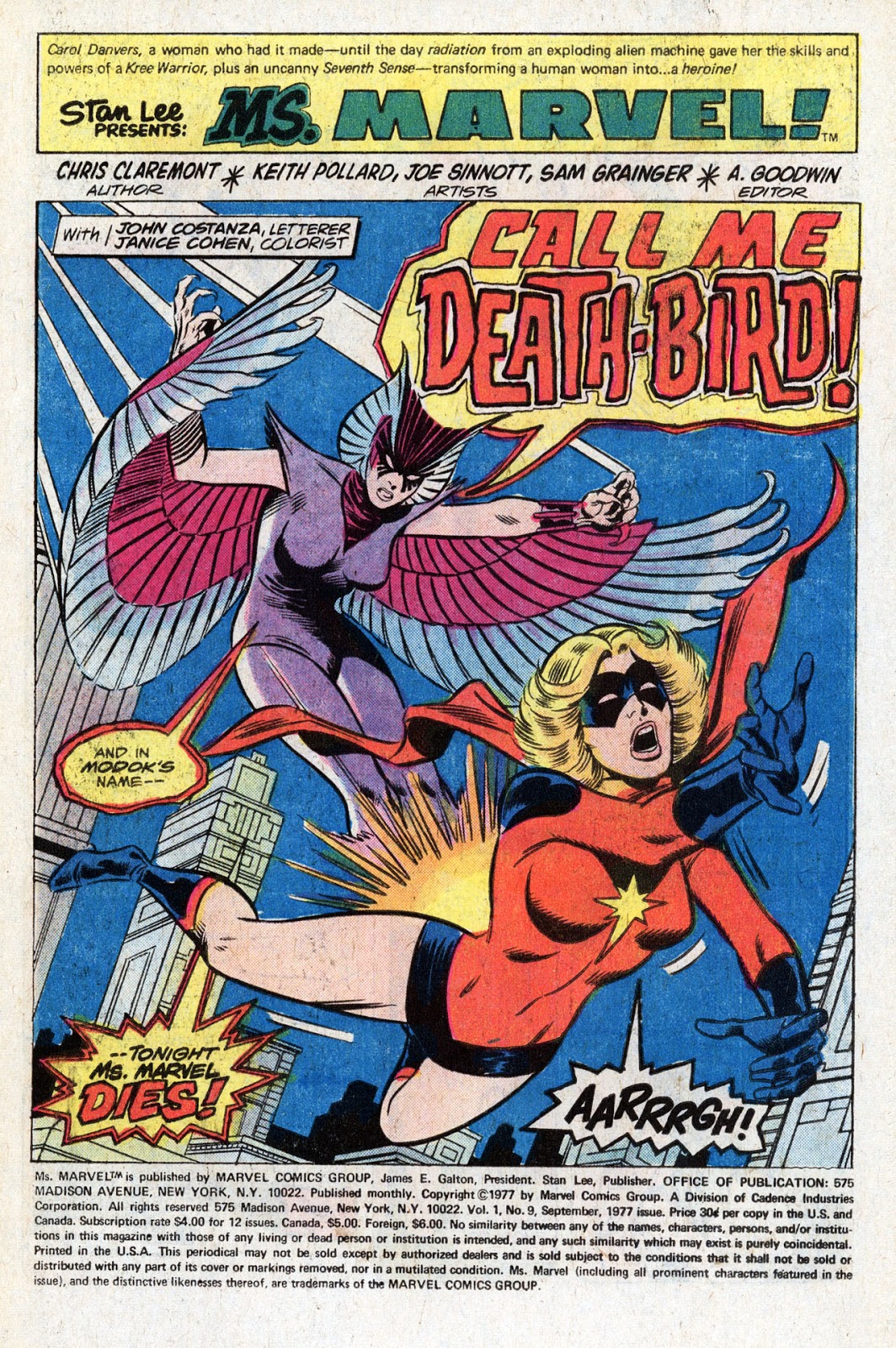 By Ms. Marvel #20, the outfit would be completely redesigned.

Instead of the red and black outfit, she would wear a one-piece black swimsuit with a yellow lightning bolt streaking down its entire length. She would also wear a red sash across her waist.

To finish off the suit, she wore knee-high black boots and a pair of long black gloves. 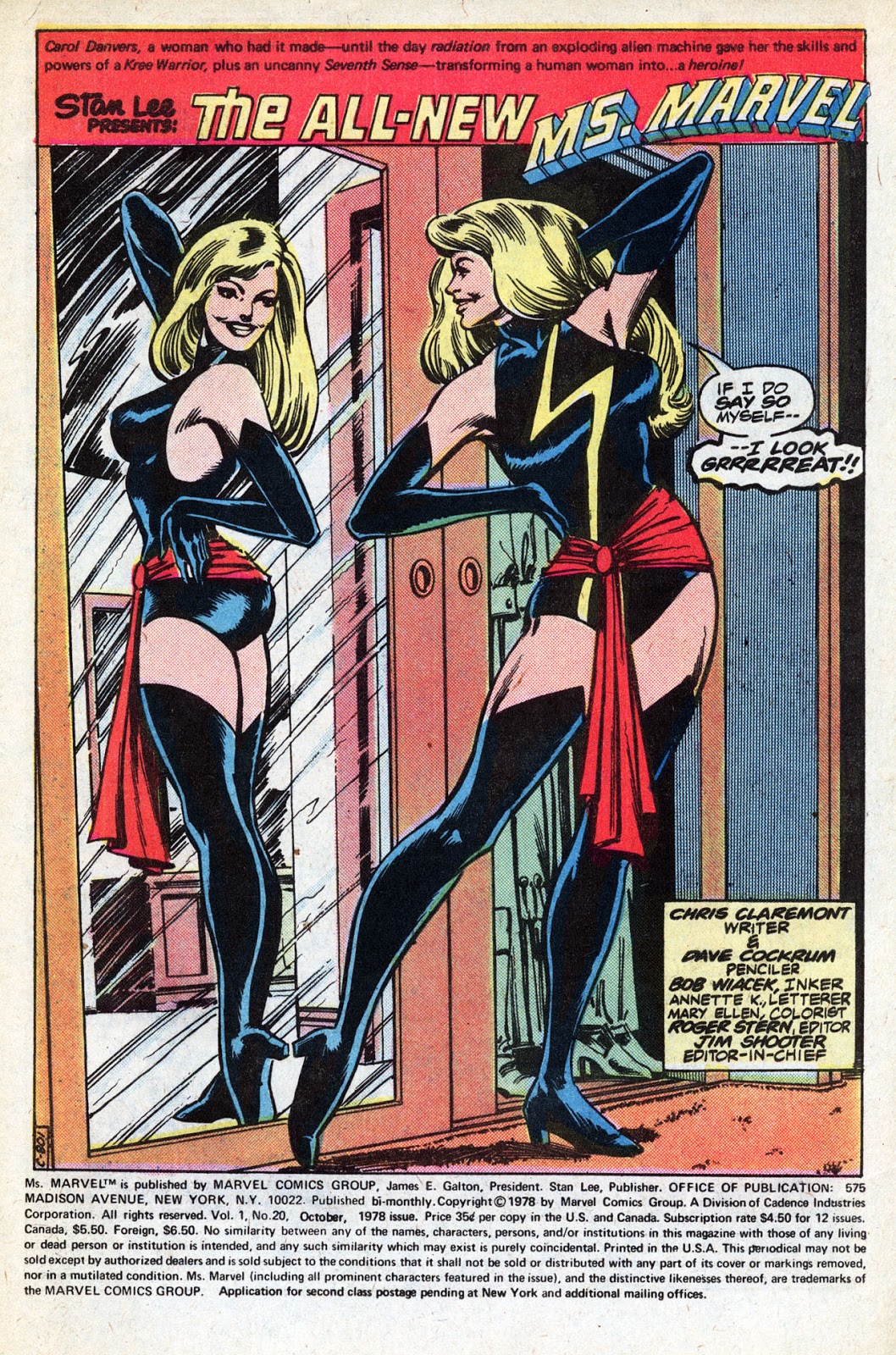 It’s this suit design that would inspire Fred Benes’ most recent Ms. Marvel pinup that he shared to Instagram.

This isn’t the first time Benes has shared a pinup of Carol Danvers as Ms. Marvel.

He shared another one back in September.

In August he shared an upper torso pinup of Danvers as Ms. Marvel.

That print, seen below, would sell for $99.99 on the Ed Benes Studio website.

Back in February 2019, Benes shared another pinup of Ms. Marvel.

Back in December 2016, Benes also imagined Carol Danvers in Kamala Khan’s Ms. Marvel outfit with Khan in Danvers’ iconic Ms. Marvel outfit. However, instead of a red sash Khan has a yellow sash in her hand.

If you are interested in getting your hands on some Fred Benes art, you can purchase a number of different pieces on eBay.

You can purchase a commission by sending an email to [email protected] Commission prices are listed below. 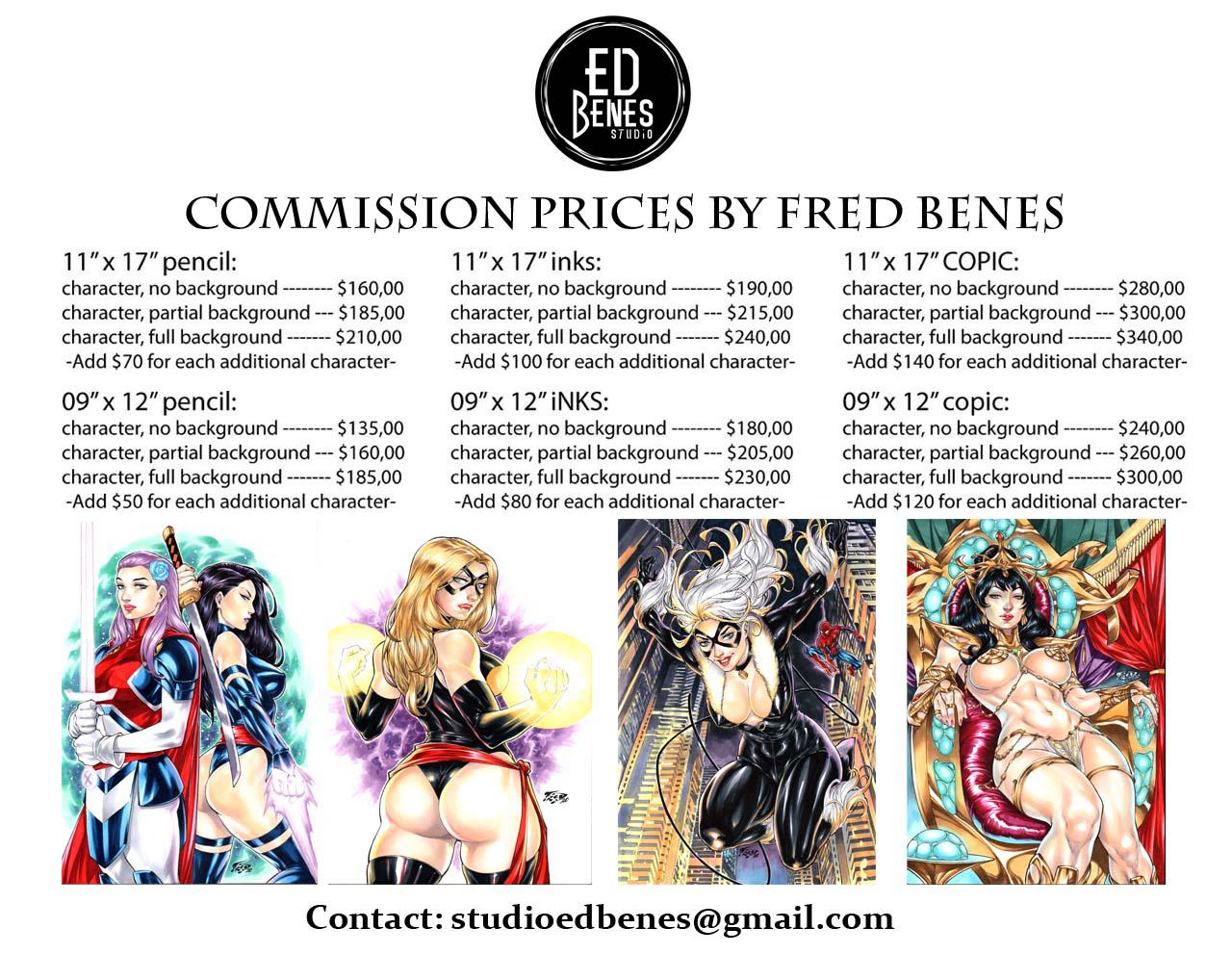 Which Ms. Marvel pinup is your favorite?