Artist NeoArtCorE decided to treat his audience to a blast from the past, sharing a pinup of Dragon Ball’s Bulma in her iconic motorbike look from her days as a young adventurer during the series’ early years.

The blue-haired anime and manga icon made her first appearance in the very first chapter of Dragon Ball, having been introduced to the audience as the second overall character, right after series protagonist, Son Goku. 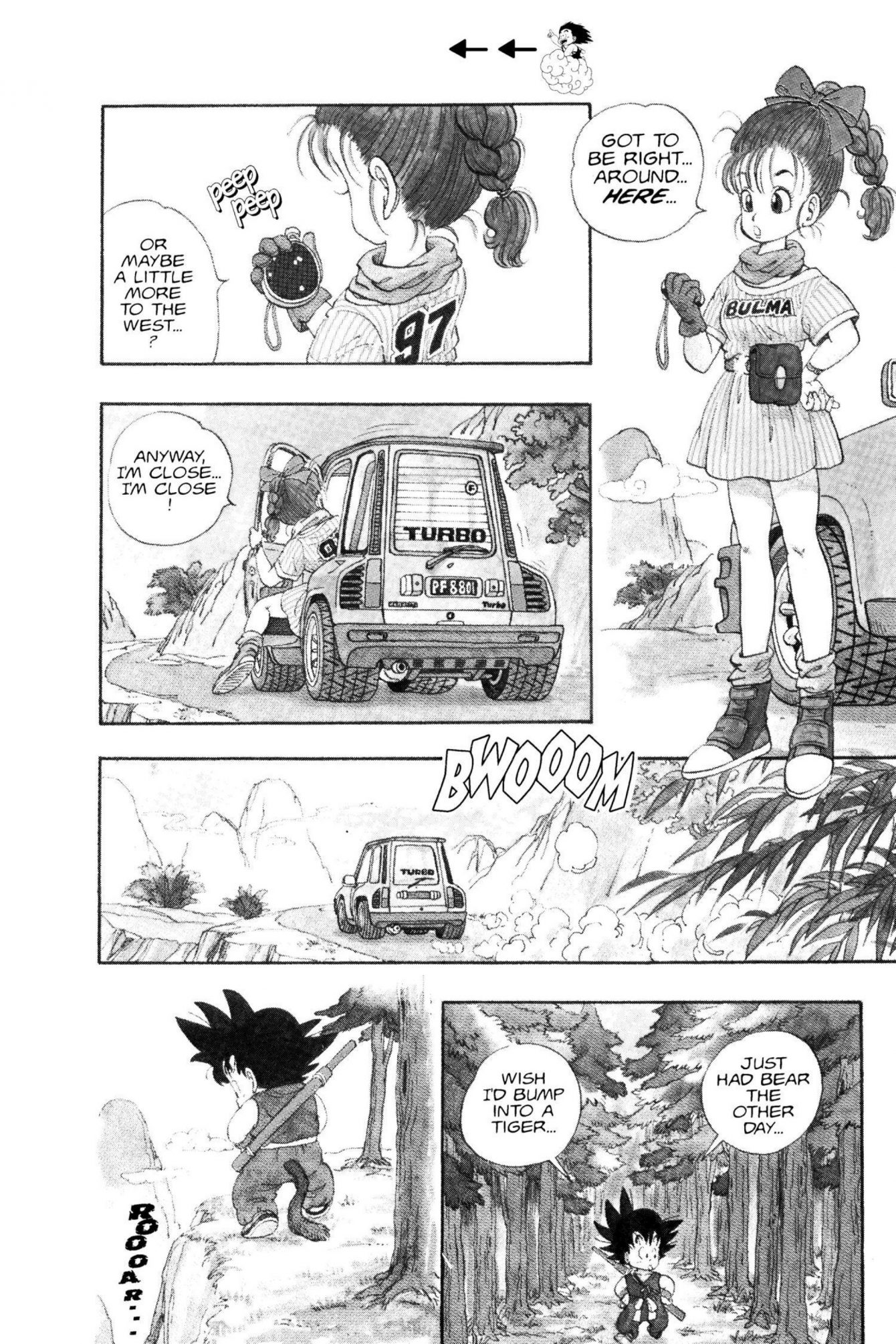 Bulma first encounters the young Saiyan warrior on her quest to find the Dragon Balls, though this first meeting between the pair of eventual-life-long friends was a less than peaceful affair.

Interestingly, not only is this moment the first meeting between Goku and Bulma, but it also turns out to be Goku’s first time meeting a human female of any kind! 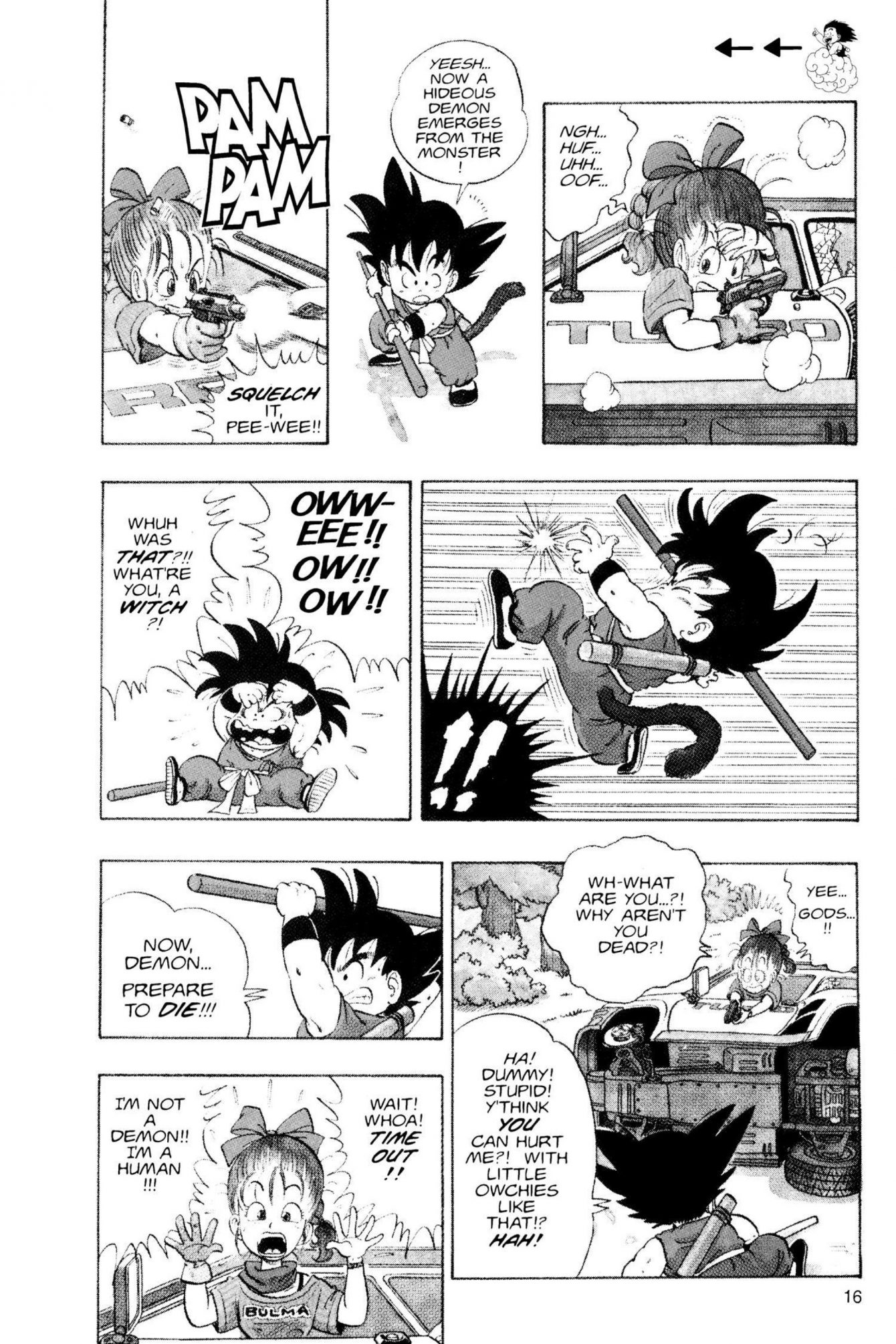 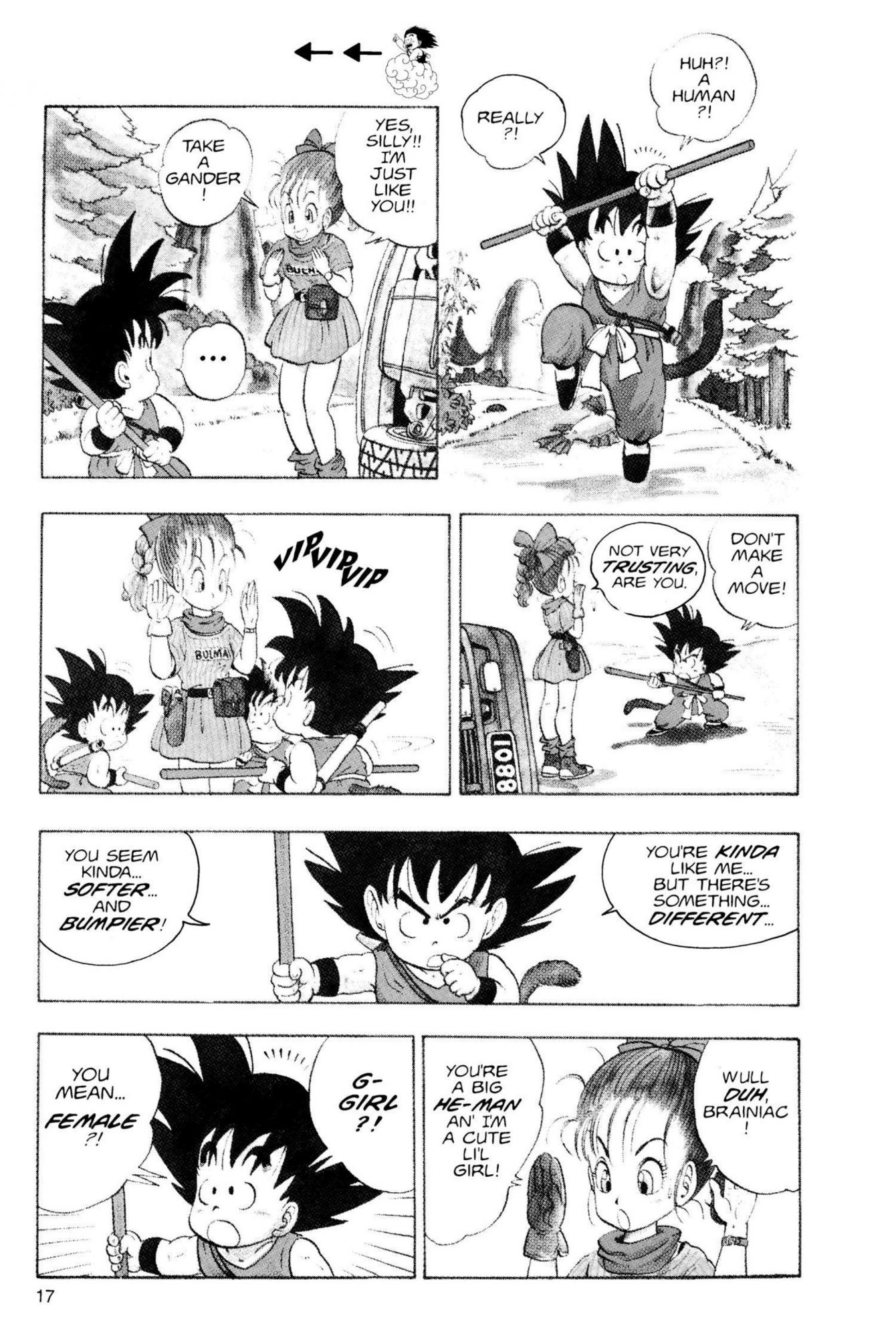 Following their brief tussle, Bulma explains to Goku that the golden orb left to him by his Grandfather, Gohan, is actually a Dragon Ball, and informs him that when all seven are gathered, the one who collected them will have any one wish granted by the dragon Shenlong.

However, much to her surprise, it turns out that Goku believes that his Grandfather’s spirit now inhabits the Dragon Ball! 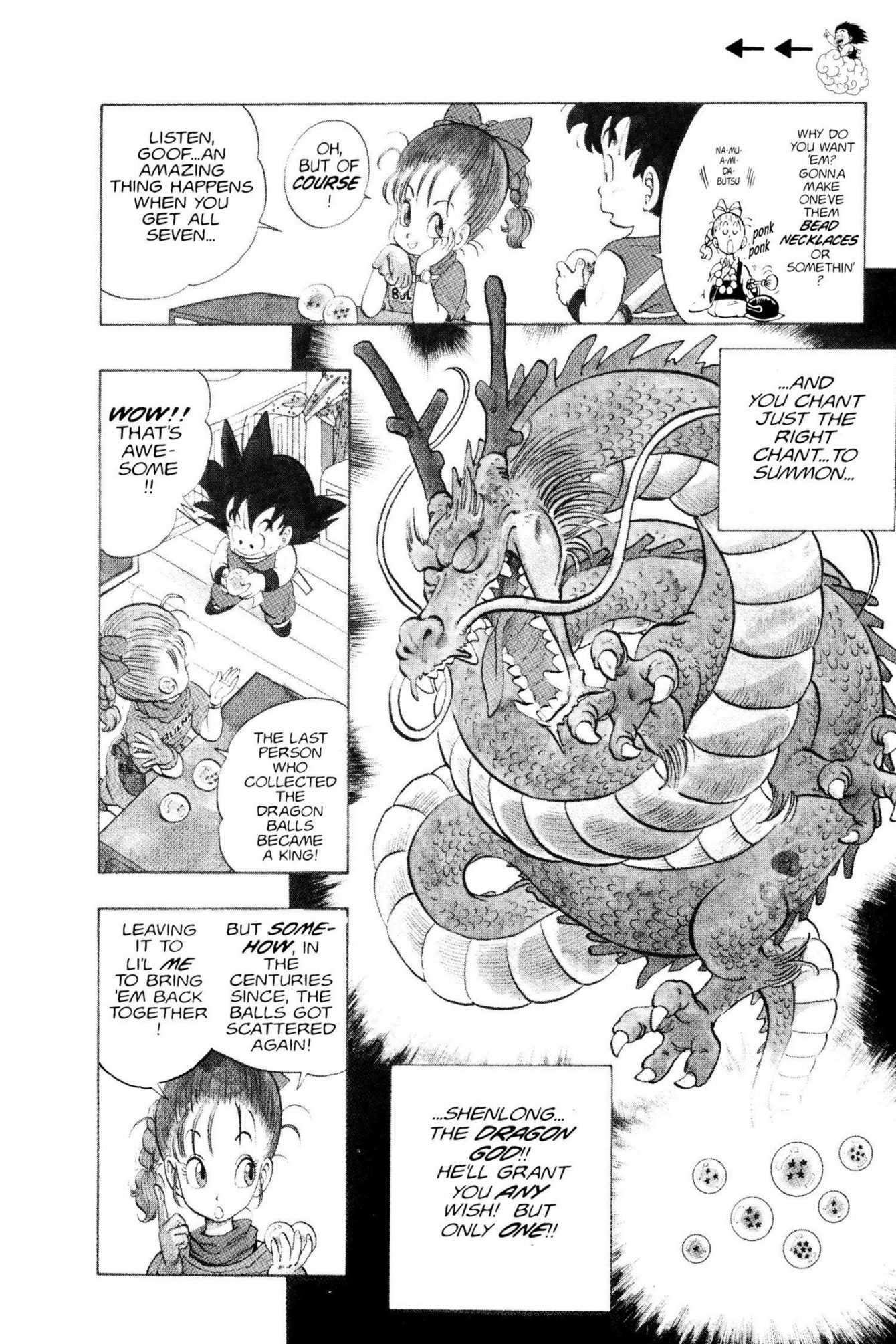 She then reveals that her current goal in acquiring the Dragon Balls, though it was originally to request ‘a lifetime supply of strawberries,’ is to ask the immortal dragon god for “a super-cute boyfriend.”

However, when Goku refuses to hand over his priceless heirloom, Bulma attempts to appeal to his ‘male urges,’ but is shocked to find that the young warrior has no interest in seeing her “dirty butt.” 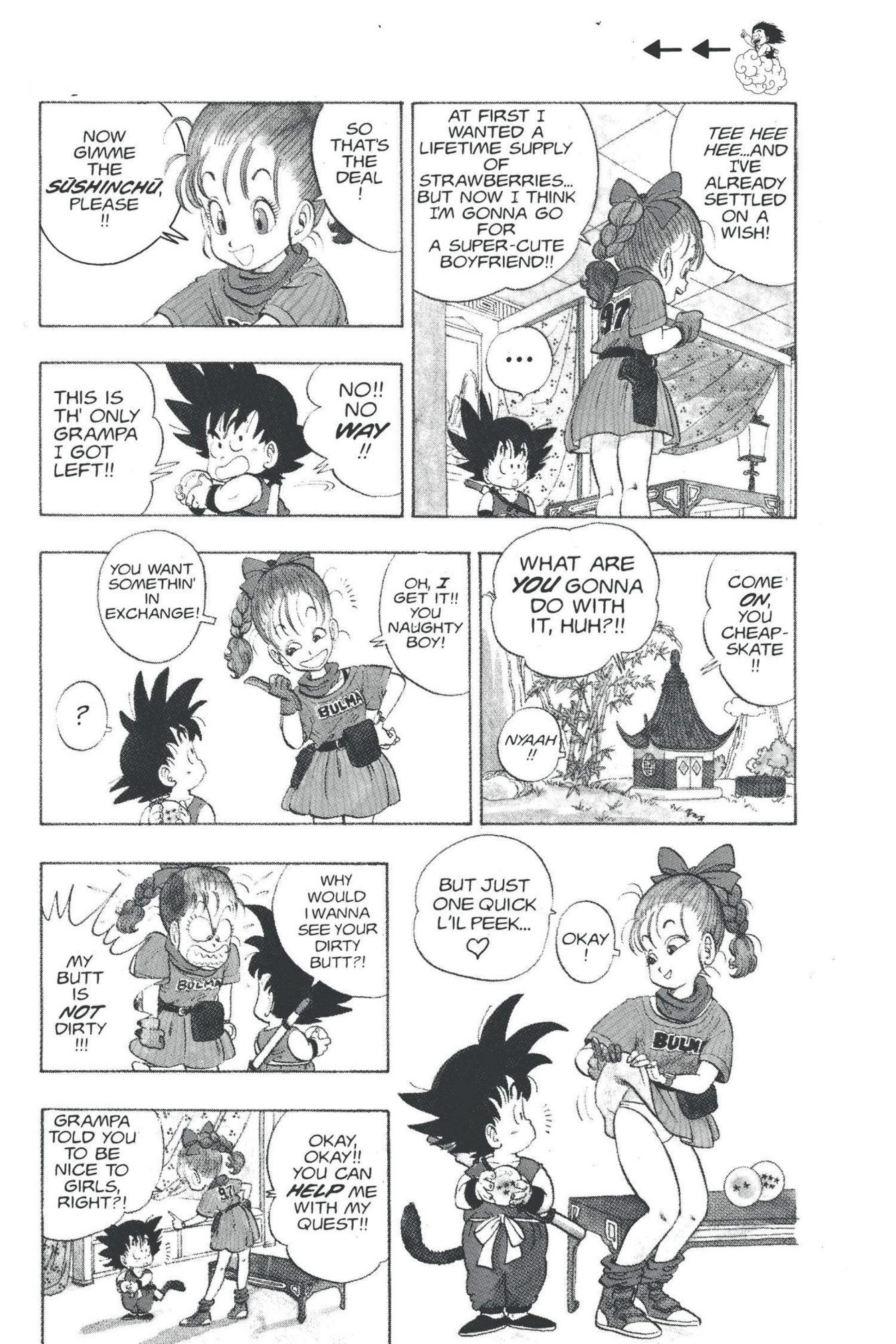 Realizing that Goku may be immune to her feminine wiles, Bulma then simply asks the young warrior to borrow the Dragon Ball at the very end of her quest.

When he hesitantly agrees to accompany her in order to protect both her and his Four-Star-Grampa from harm, the two depart from Goku’s mountainside house, kicking off the beloved story now known by anime fans across the world. 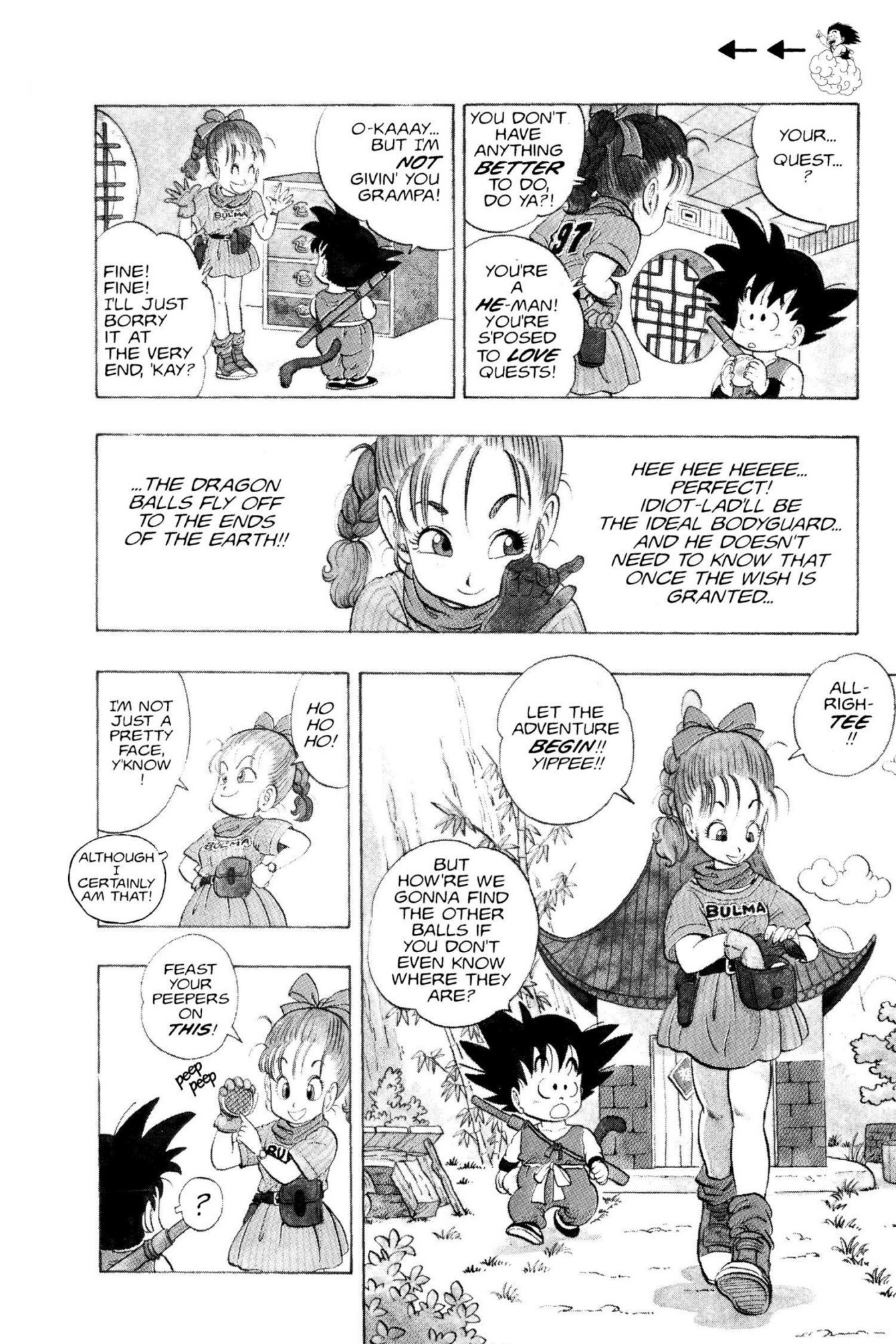 On their first night on their adventure, Goku is taken even further off-guard by Bulma’s use of Capsule technology, as he had never been exposed to any of the technology or conveniences of modern living. 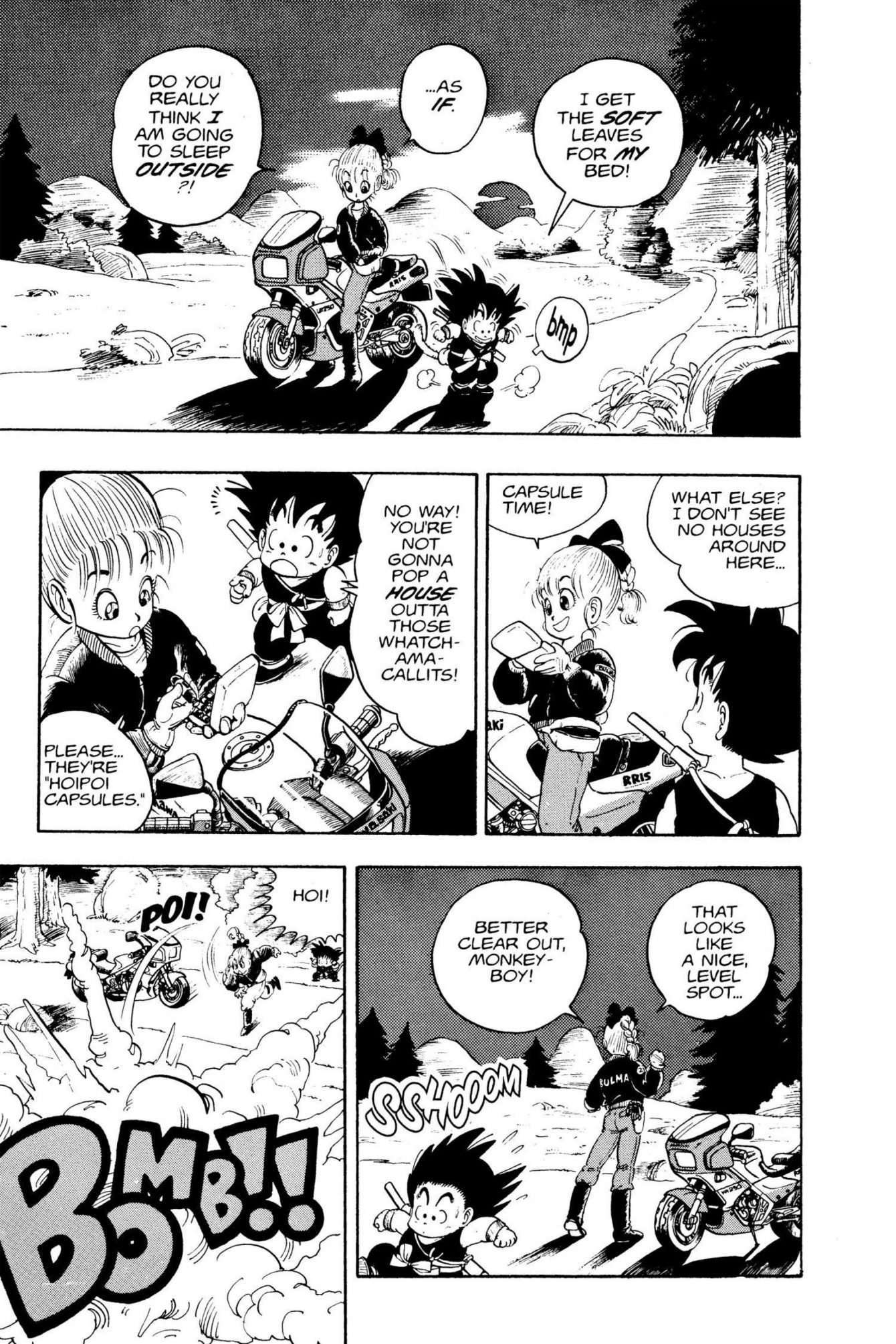 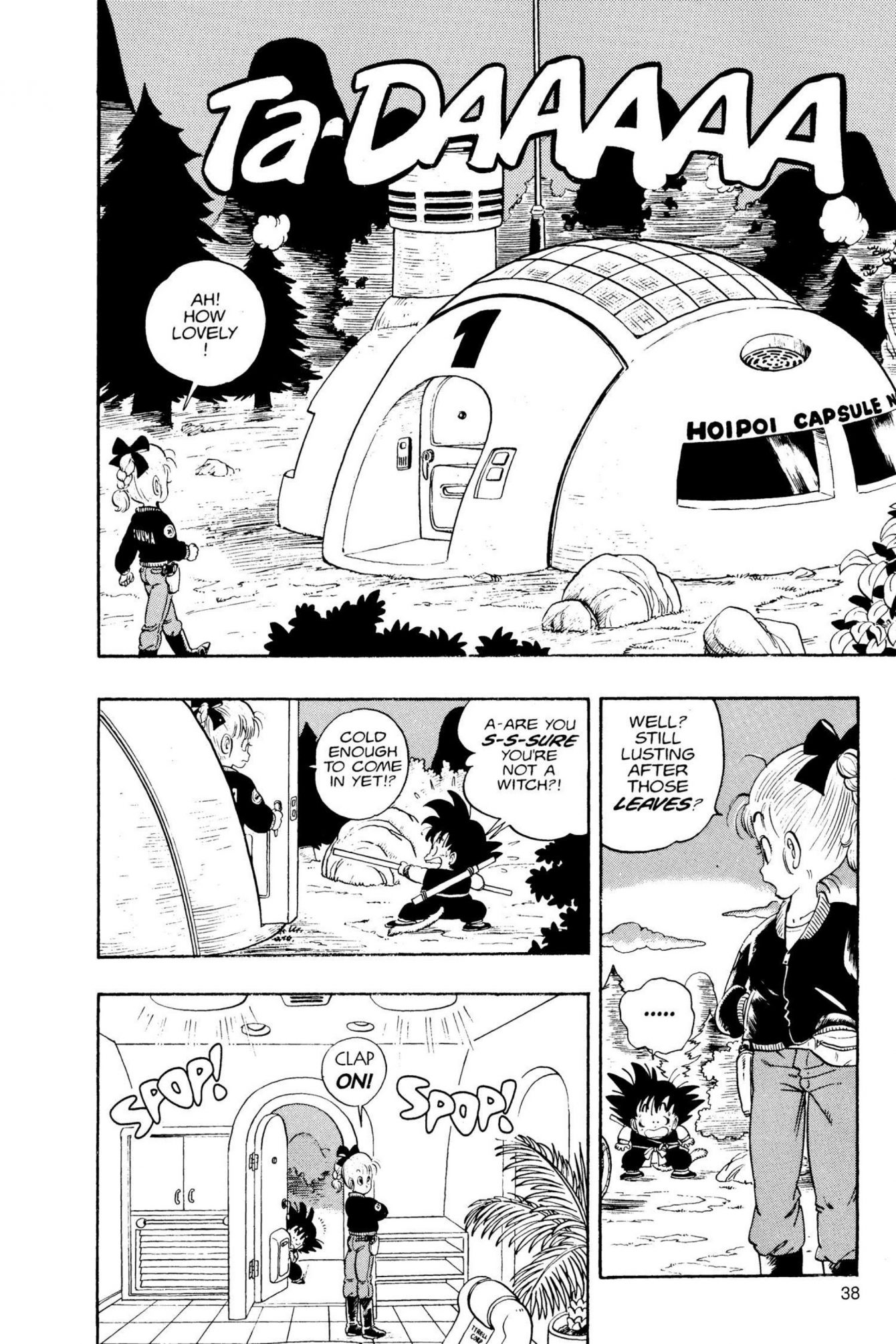 In fact, Goku has had so little exposure to the world outside of his mountain home, that he is shown to be in awe of regular household lights and believes a singer on TV is a midget stuck in a box. 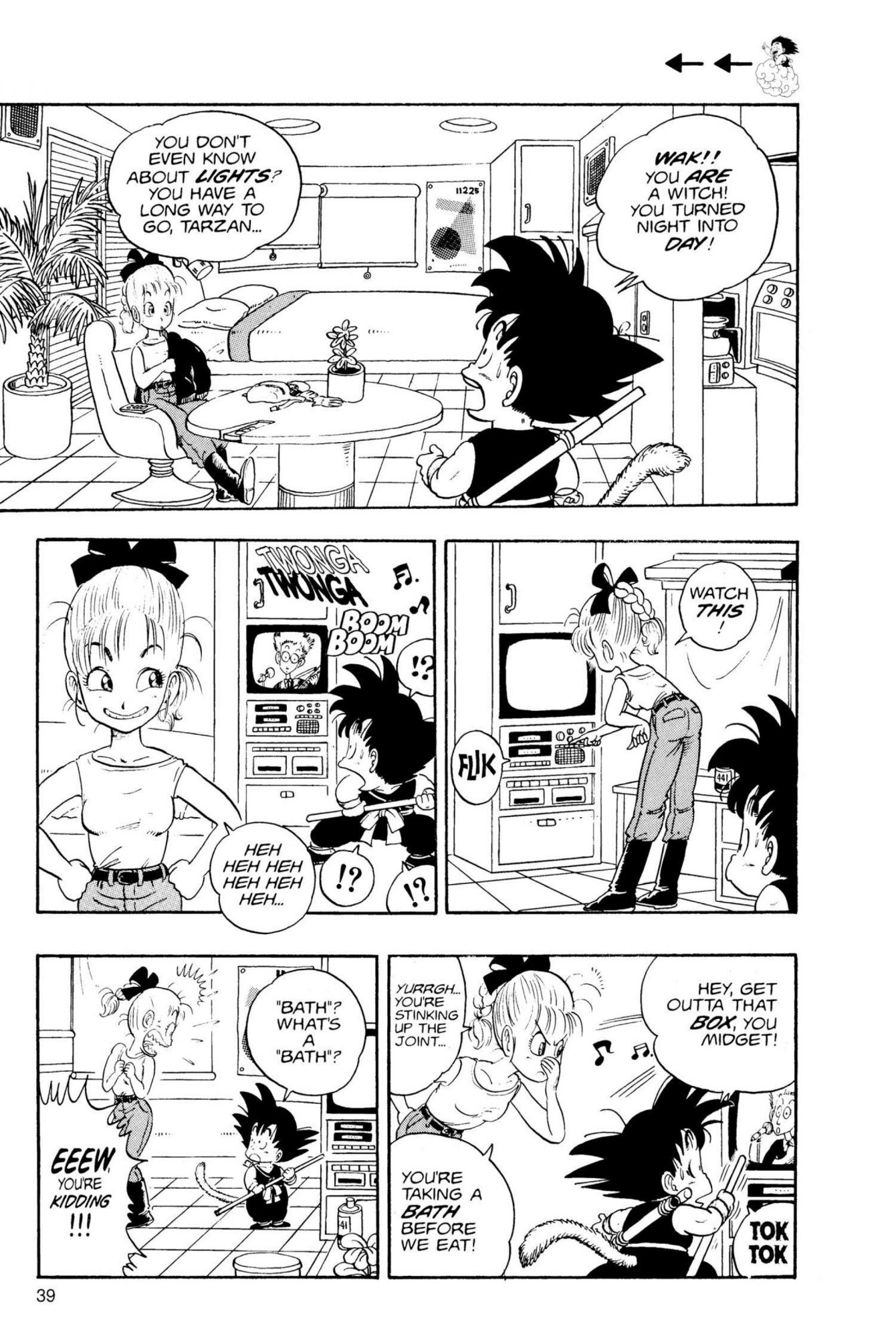 Of course, it is during their first overnight camp together that Dragon Ball presents one of its most well-known and humorous moments.

When the pair turn to retire for the night, Goku is dismayed to find that Bulma has intended for him to sleep on the floor, as he is accustomed to sleeping in the same bed with his Grandfather and using his ‘male’ parts as a pillow.

As morning dawns, Goku awakens before Bulma and notices that “her pillow’s not as big as Grampa,” and upon resting his head in between her legs, is terrified to discover that his new partner has ‘lost [her] balls.’ 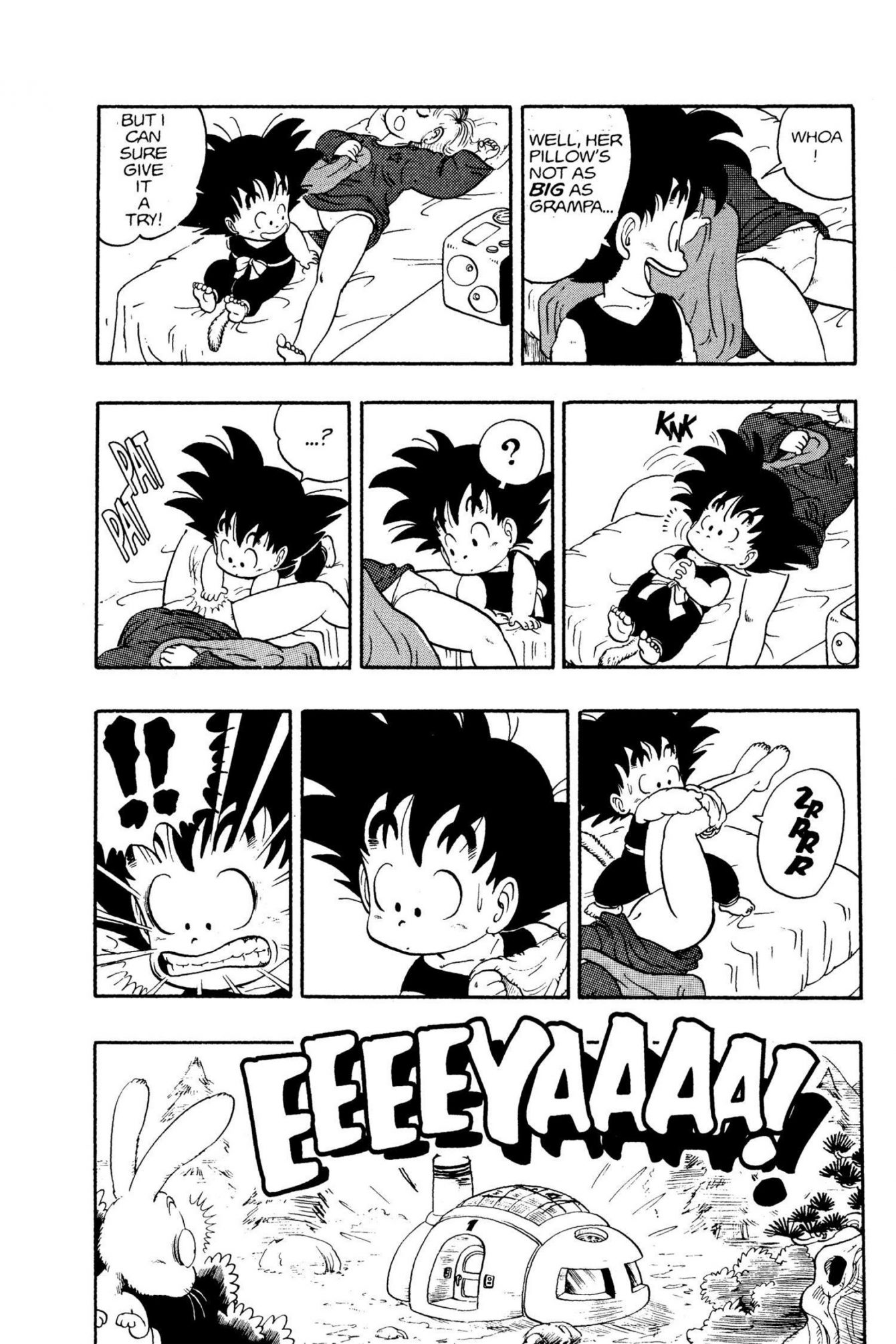 That same morning, Bulma and Goku encounter a talking sea turtle, who proceeds to ask them for their assistance in getting back to his aquatic home. 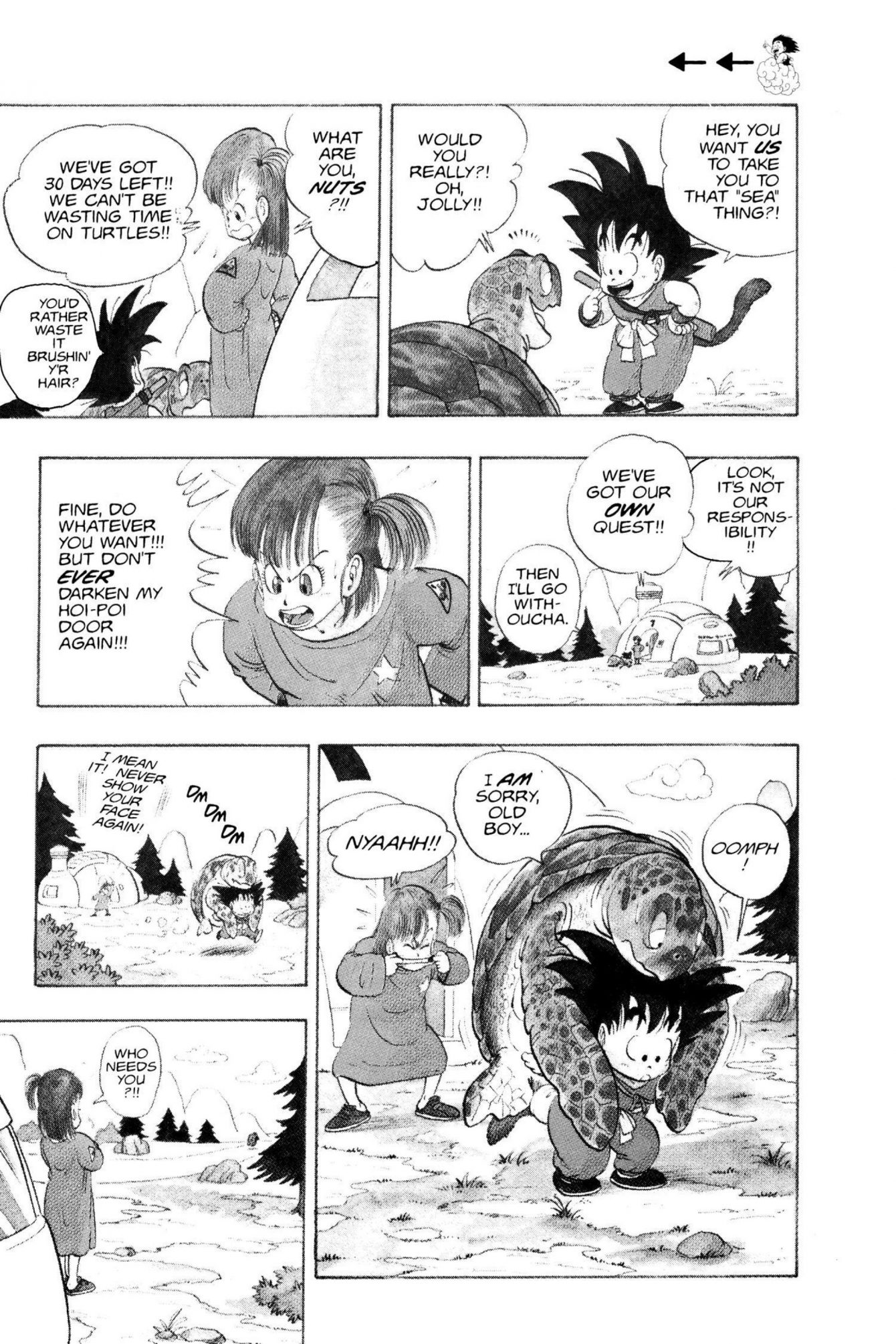 While escorting the turtle home, the trio are accosted by a bandit intent on eating their new companion, only for the criminal, in the first one-on-one fight of the entire series, to be quickly put down in one blow by Goku’s Rock-Scissors-Paper technique. 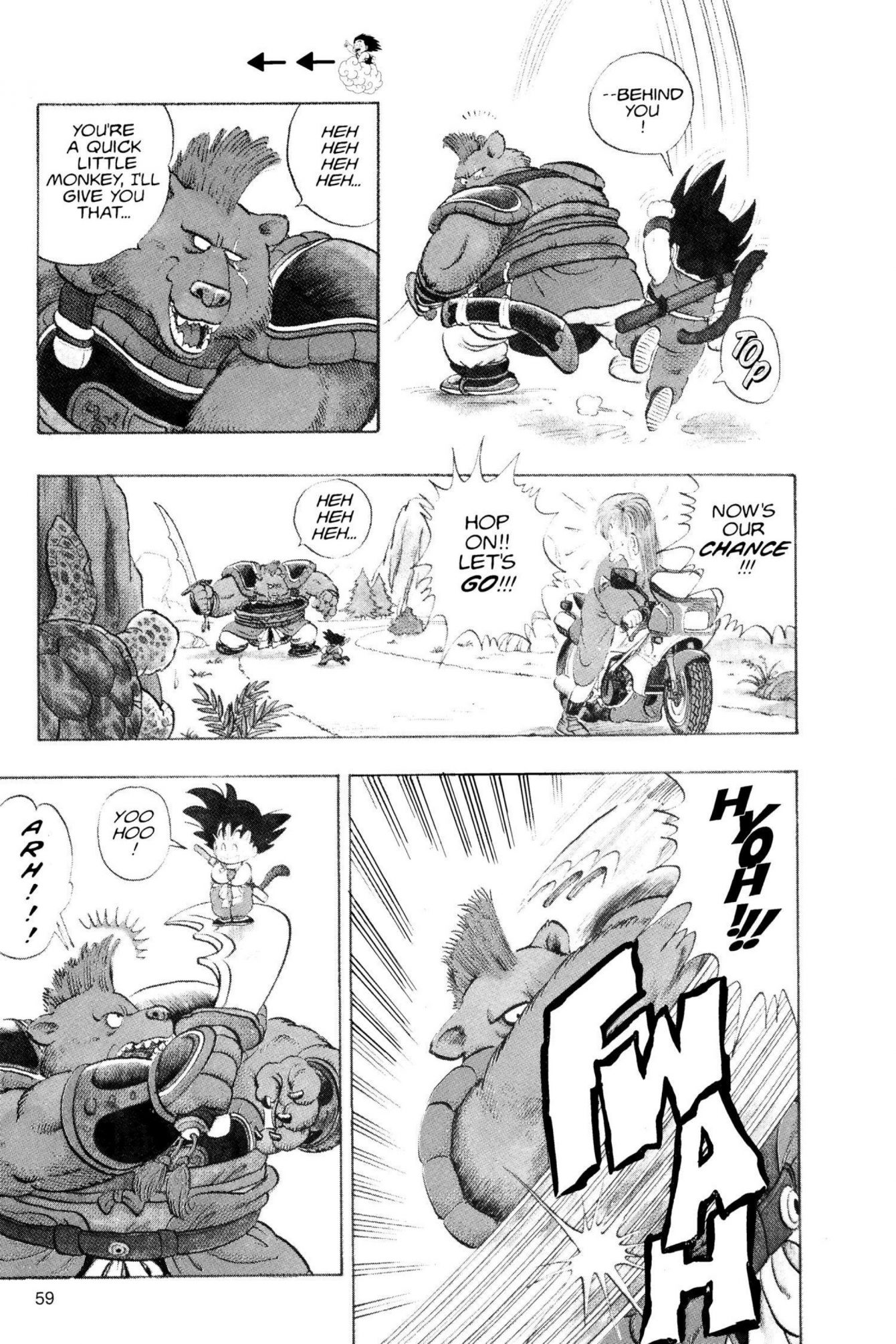 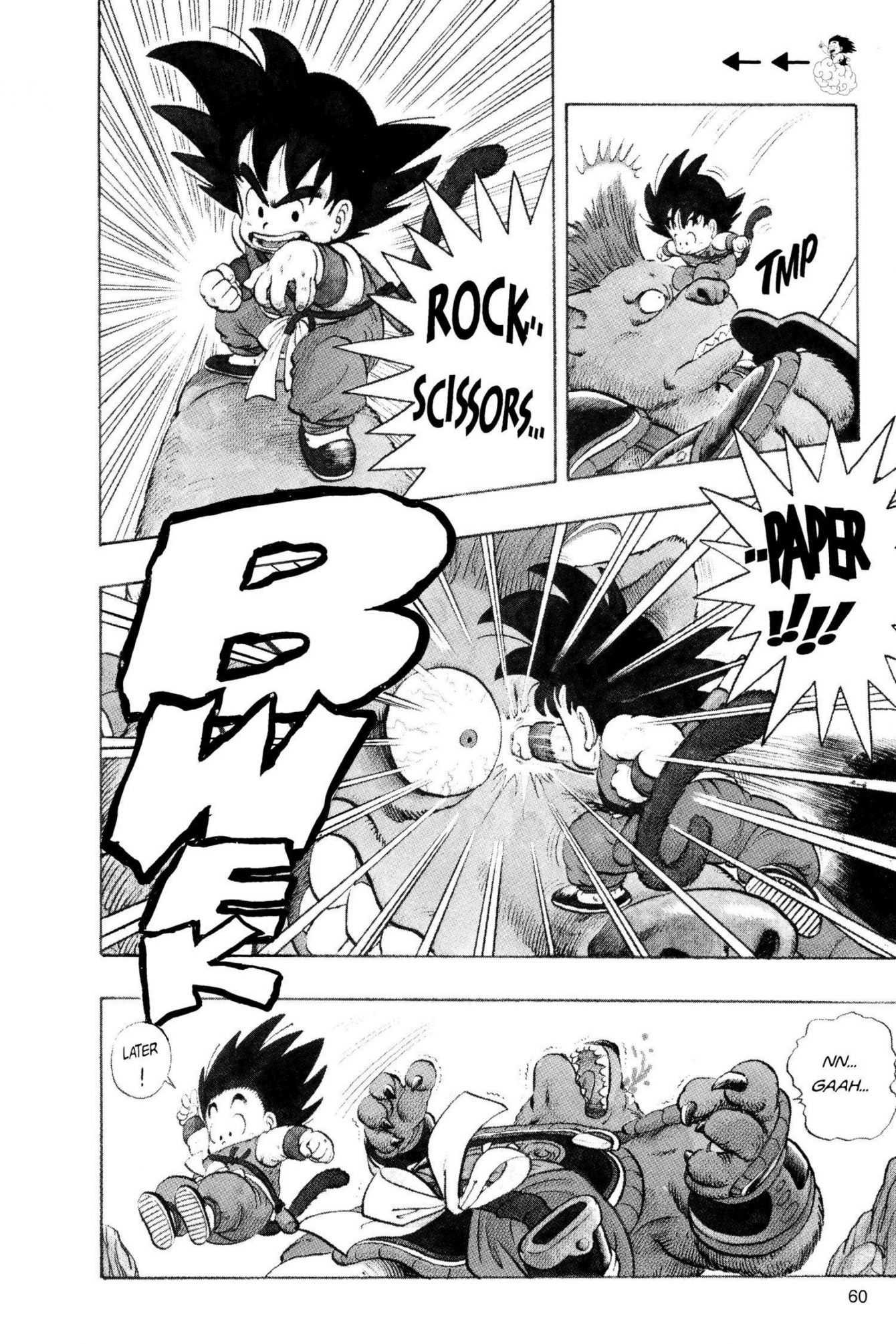 After making it to the sea, the turtle insists that he reward them for their assistance, and after waiting for a short period of time on the beach, Goku and Bulma are introduced to none-other-than Master Roshi himself. 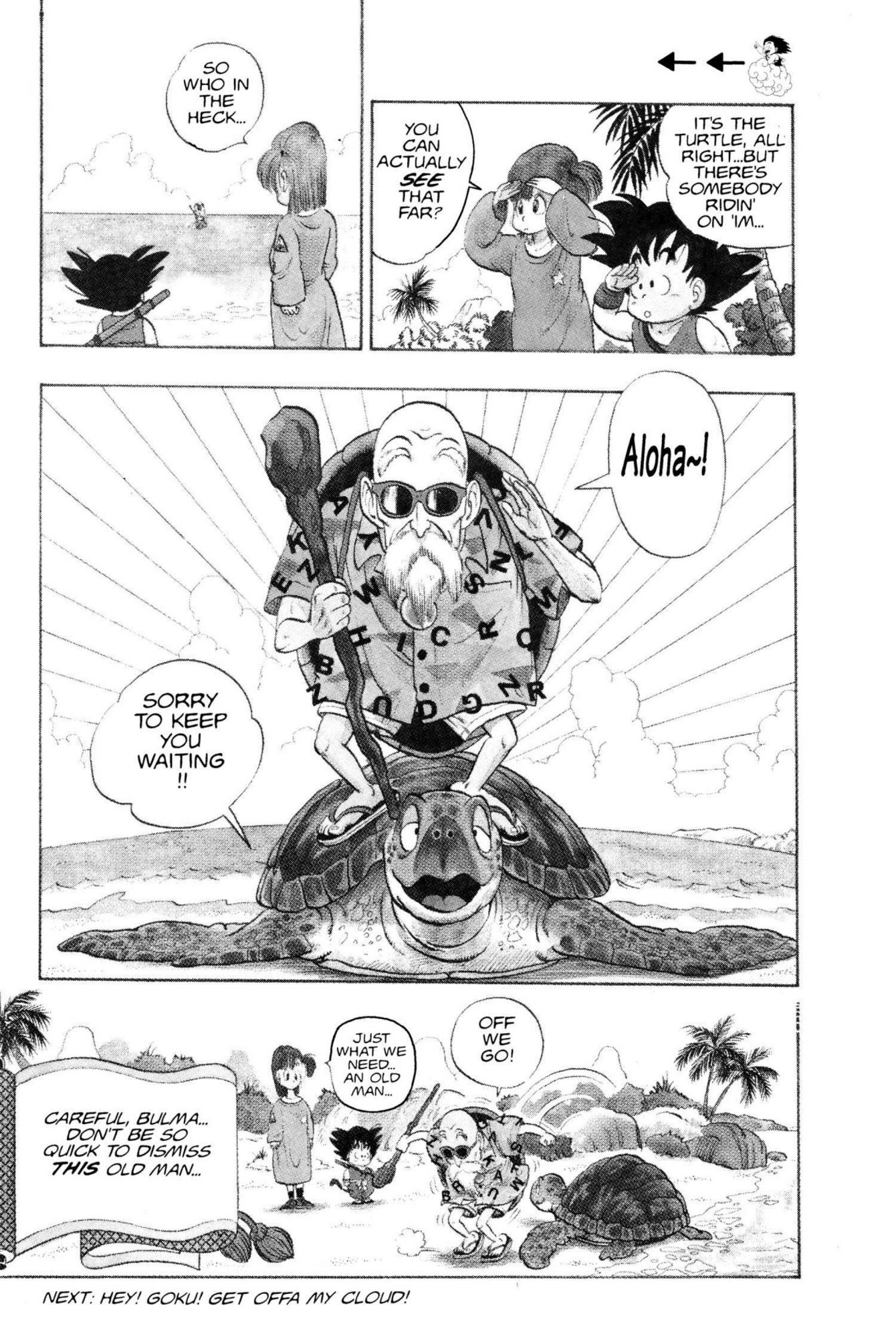 It is at this point in Dragon Ball’s production that mangaka Akira Toriyama introduced the world to Bulma’s “dirt bike warrior” outfit, which, despite literally making its only appearance in this particular drawing, has gone on to become one of the best recognized and most popular throughout the entire series. 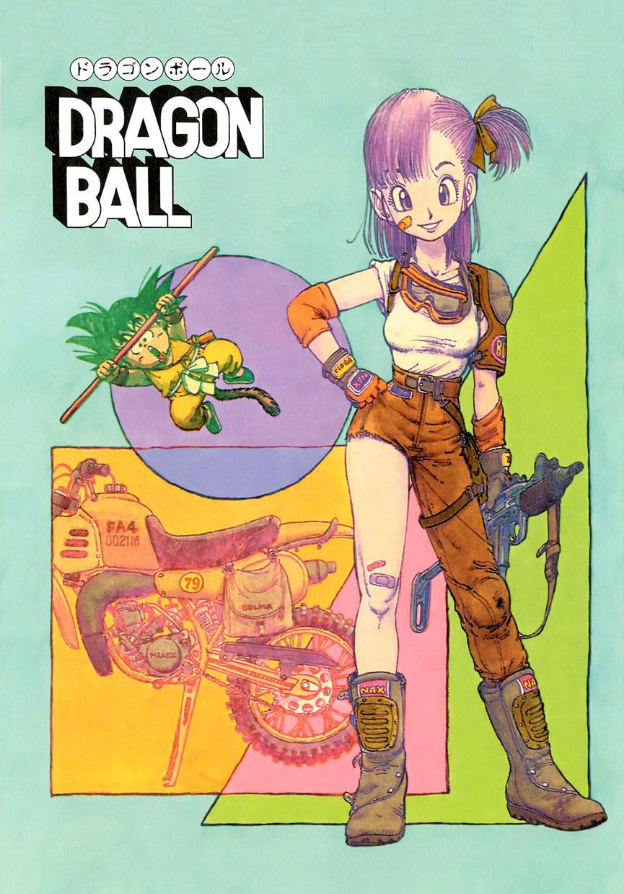 Given its popularity among fans, it comes as no surprise that artist NeoArtCorE took inspiration from this outfit for his pinup, which depicts the cool-haired genius as locked, loaded, and ready to hunt for the Dragon Balls.

Goku is always once step ahead of Vegeta. 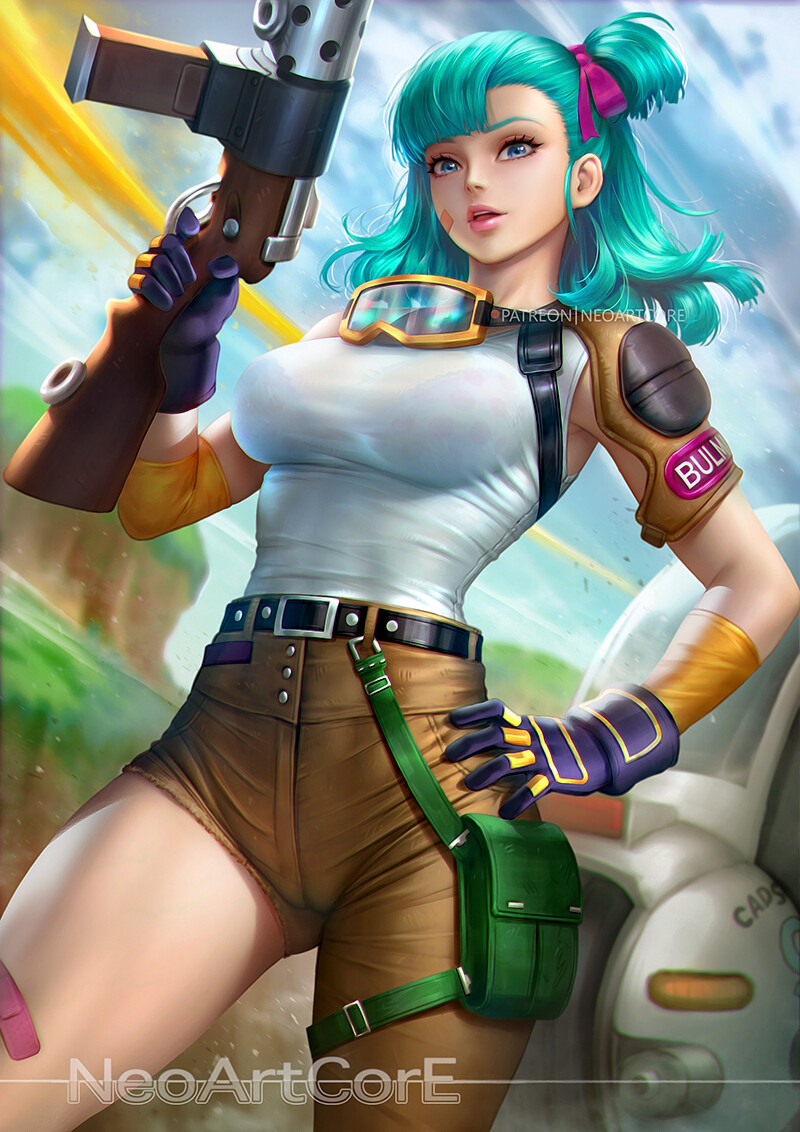 As with most of NeoArtCorE’s work, Bulma’s pinup also comes in lingerie and nude variants, of which the latter available only to subscribers of the artist’s Patreon account.

And one of the few warriors to be deemed an official Keyblade Master throughout the Kingdom Hearts series, Aqua:

Most recently, NeoArtCorE published a pinup featuring DC’s Supergirl, in the midst of saving an innocent bystander from a piece of falling rubble:

For those who wish to support the artist’s work directly, NeoArtCorE can be supported on Patreon, where they currently offer illustration packs and various membership rewards, including the aforementioned NSFW nude variants of their pin-ups, for as low as $3 USD.