DC Comics’ Harley Quinn is waiting for Santa Claus to come down her roof in a new pinup from artist AyyaSAP.

Harley Quinn was not originally a comic book character. The character was actually first created by Paul Dini and Bruce Timm for Batman: The Animated series and she would first appear in the “Joker’s Favor” episode. 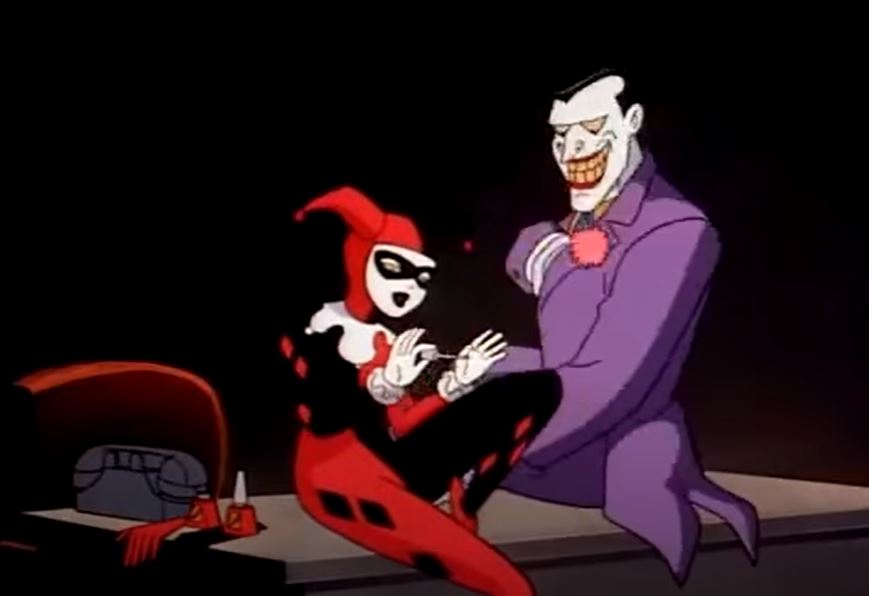 In that episode, Joker plots to kill Commissioner Gordon while he attends a party thrown in his honor by the mayor. Harley Quinn is essential to Joker’s plan as she disguises herself as a member of the GCPD and delivers a cake to the party contains the Joker. 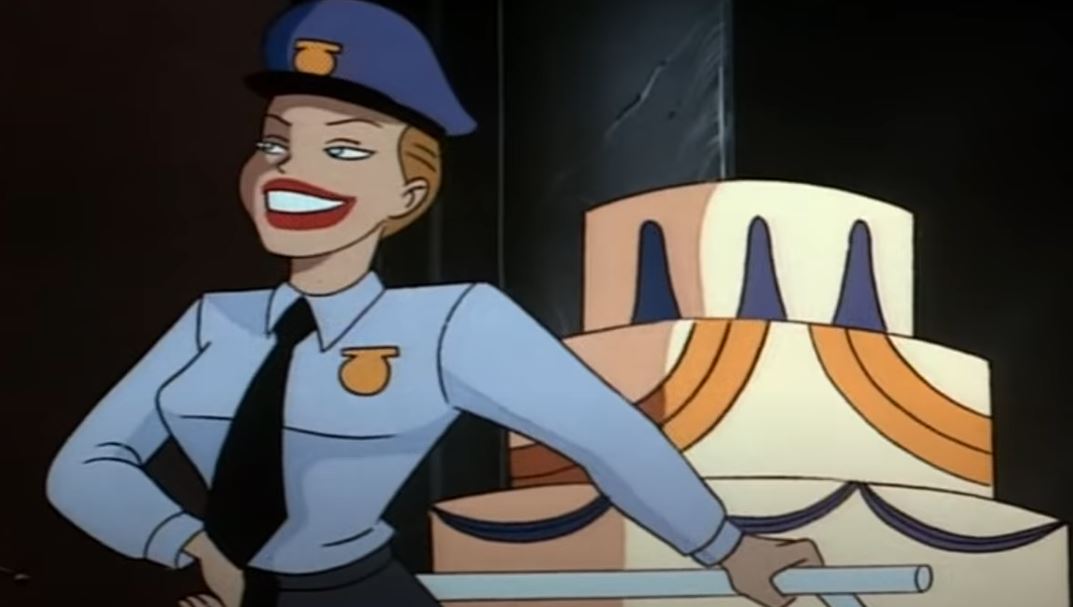 Not only does Quinn deliver the cake, but she also activates a number of candles disguised as Joker toxin when she blows on her police whistle. The toxin activates and it paralyzes everyone attending the ceremony including Commissioner Gordon.

Joker then attaches a bomb to Gordon’s shirt in the hopes that it will explode and kill him. Fortunately, Batman intervenes and uses the bomb to destroy Joker’s getaway vehicle. He then proceeds to easily take down Harley Quinn before pursuing Joker. 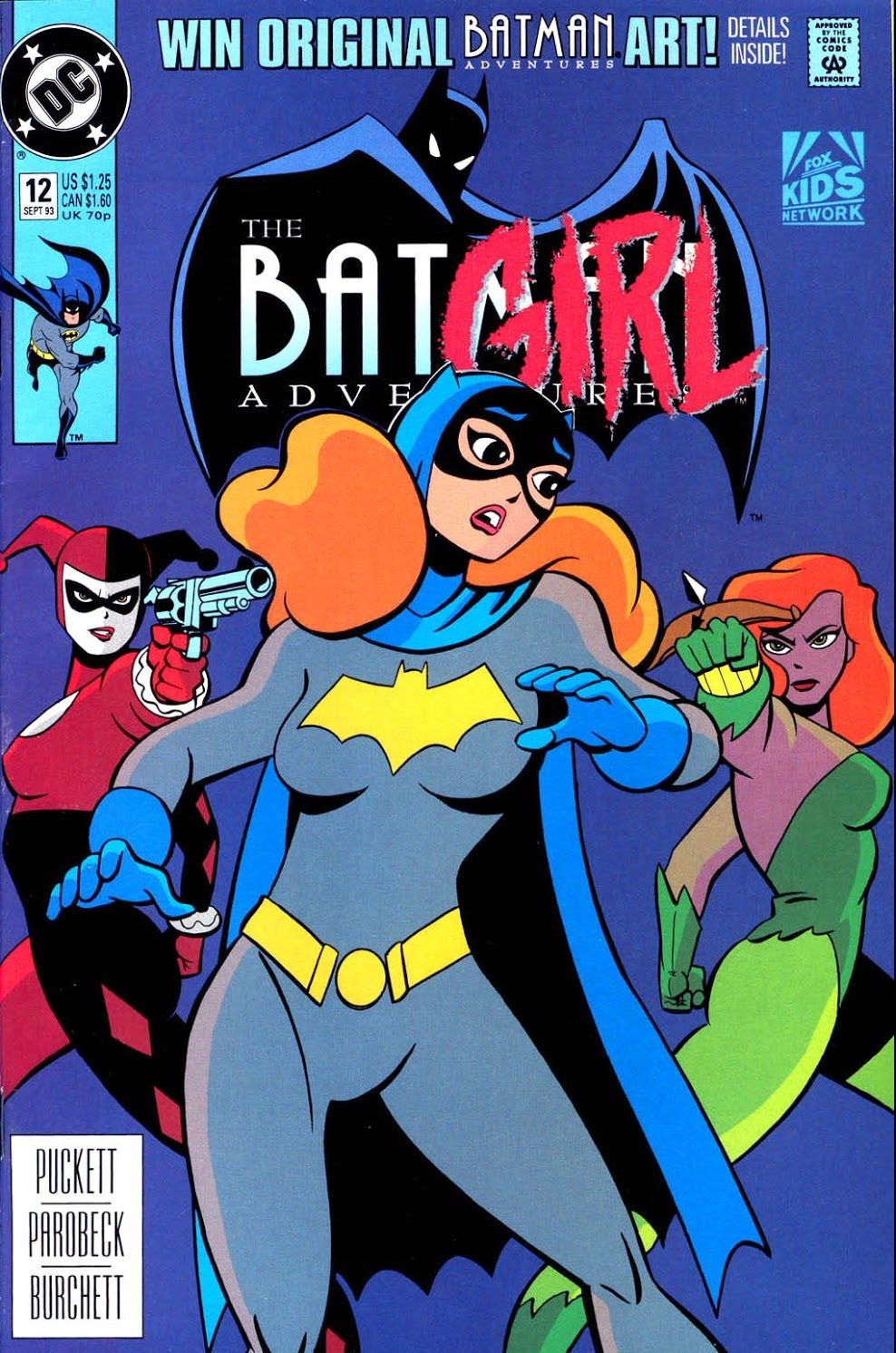 In that issue, Harley Quinn teams up with Poison Ivy to kidnap one of Barbara Gordon’s friends, Sandy Vanocouer, in the hope of ransoming her for $10 million.

However, their plan is foiled when a man wearing a Catseye Security Co. uniform discovers Quinn and Poison Ivy.

While Harley is easily able to deal with the security guard by bashing his head in with her baseball bat, Batgirl intervenes and a fight ensues. 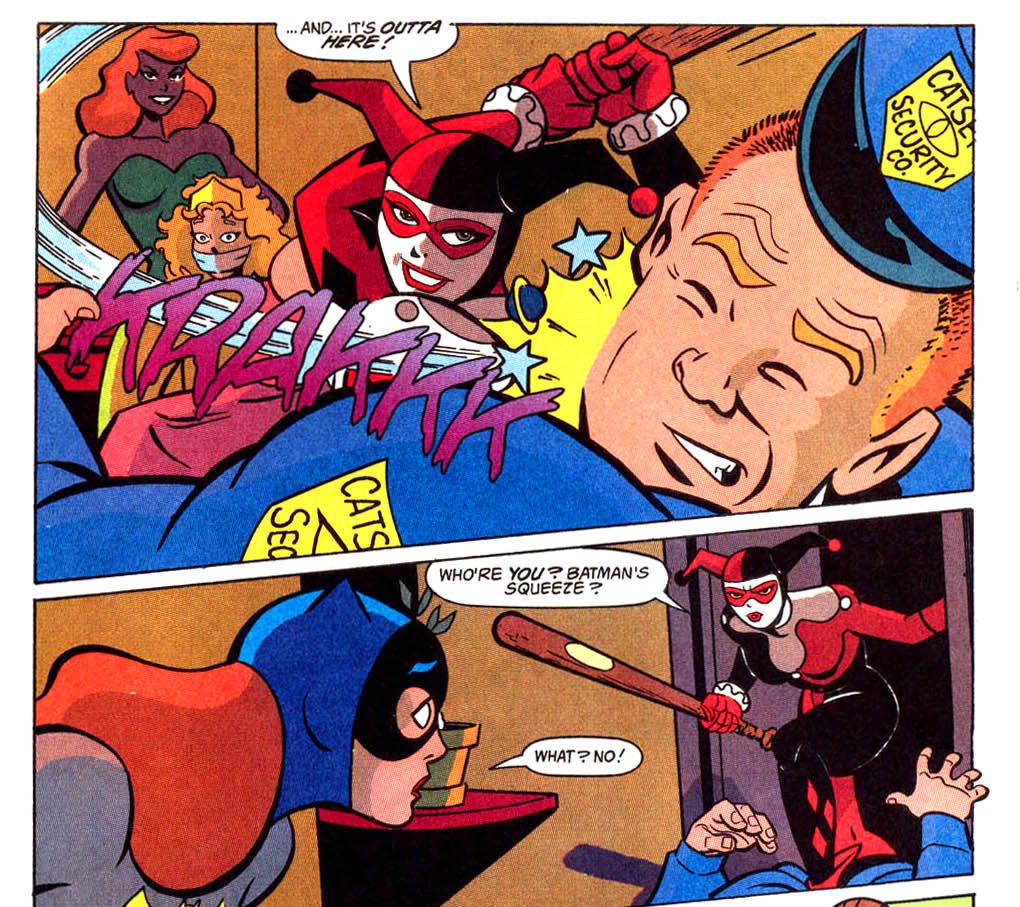 In the chaos that follows, Harley gets the drop on Batgirl and appears to have a point blank shot with her revolver. But somehow she misses.

She wouldn’t get another shot as another security guard bashes her in the back of the head with his baton. 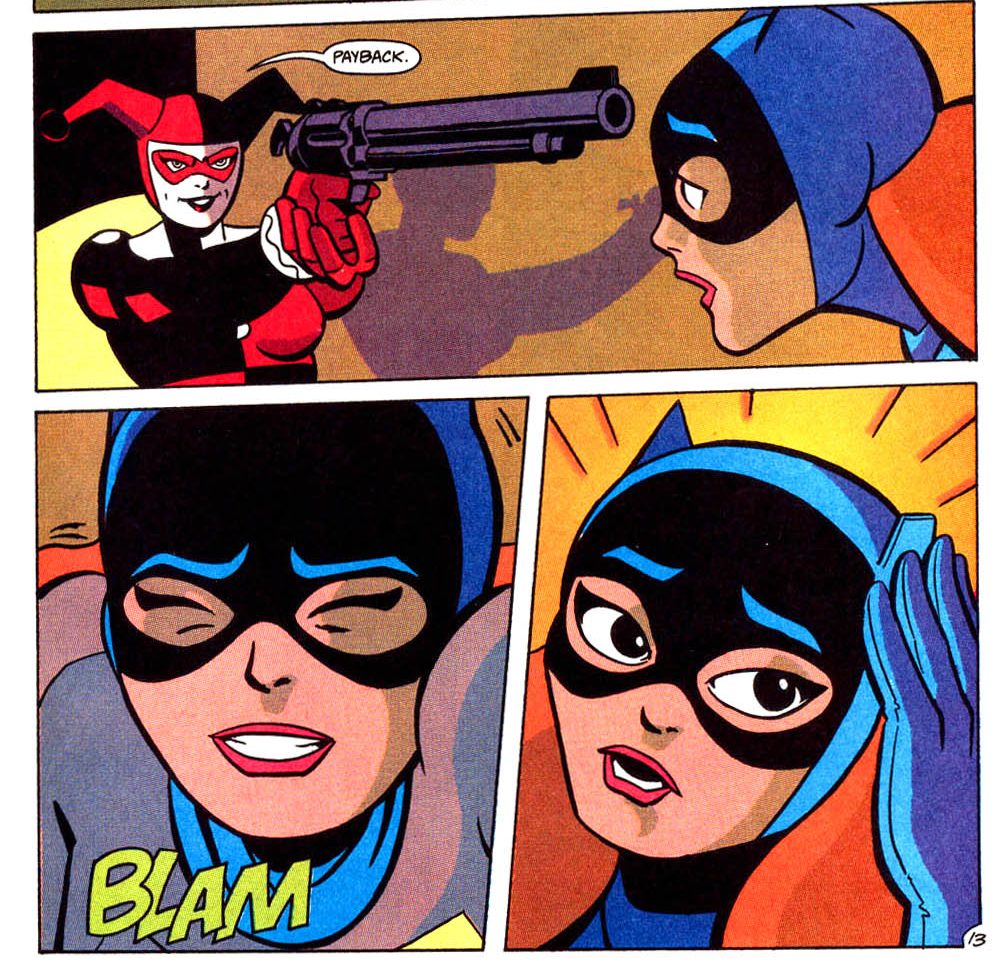 Harley would get sidelined for the rest of the issue as its revealed the security guards are actually in the employ of Catwoman who is attempting to steal the Surh diamond. 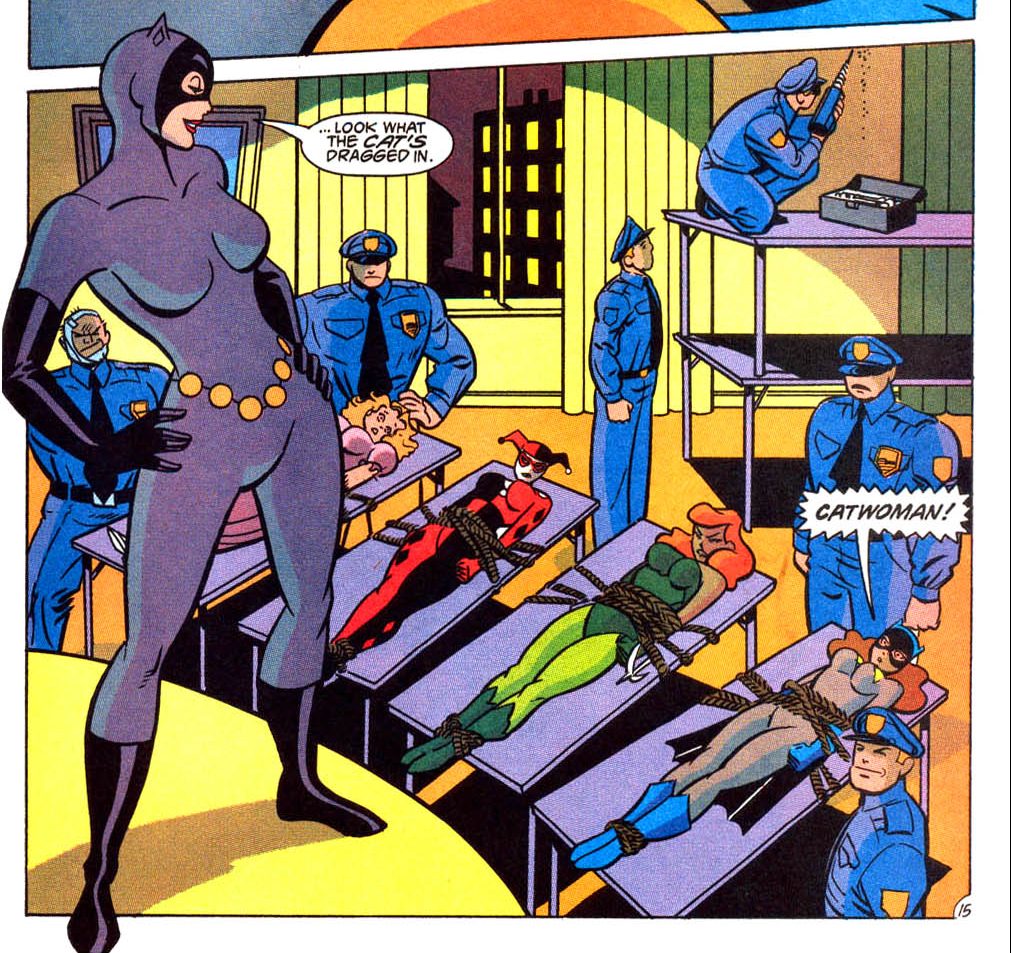 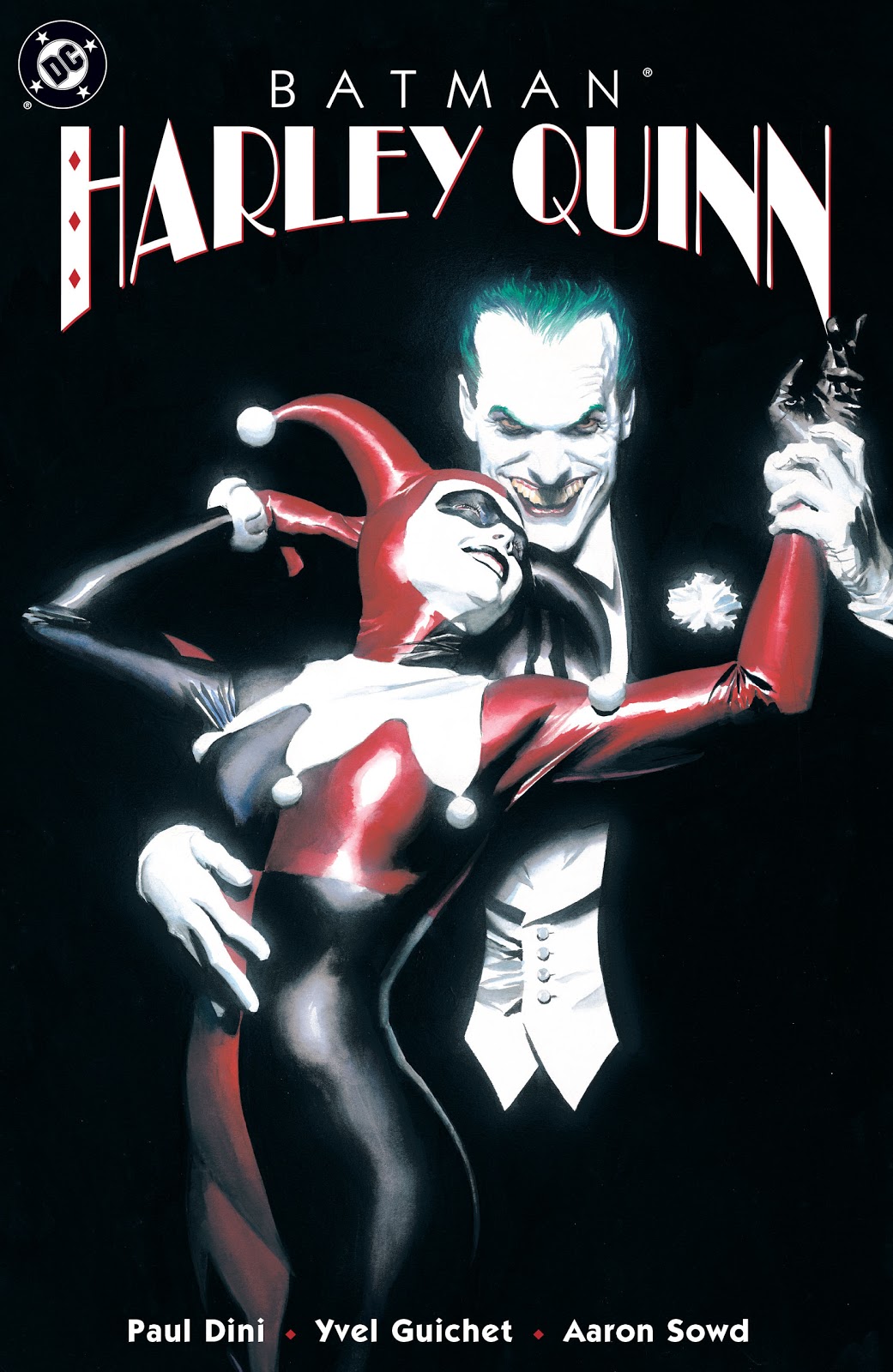 In that issue, Poison Ivy reveals that Quinn was actually a doctor at Arkham Asylum. However, Quinn actually reveals she was an intern doing her first year residency at Arkham.

She was able to eventually convince her superiors to allow her to do one on one private sessions with the Joker. Her aim for the sessions was so she could use it in a book she was writing about serial killers. 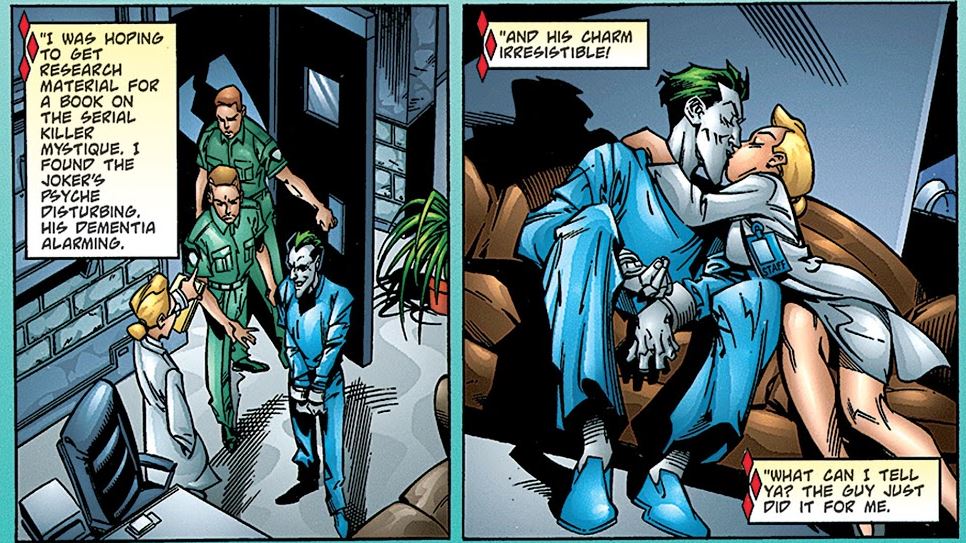 However, Quinn would fall for Joker’s charm, and would repeatedly release him from the facility. She would eventually be caught and became an inmate of the facility of herself.

She would eventually escape Arkham Asylum following an earthquake and quickly discovered that Joker was still alive. She promptly raided a clothing store where she put on her now iconic red and black costume. 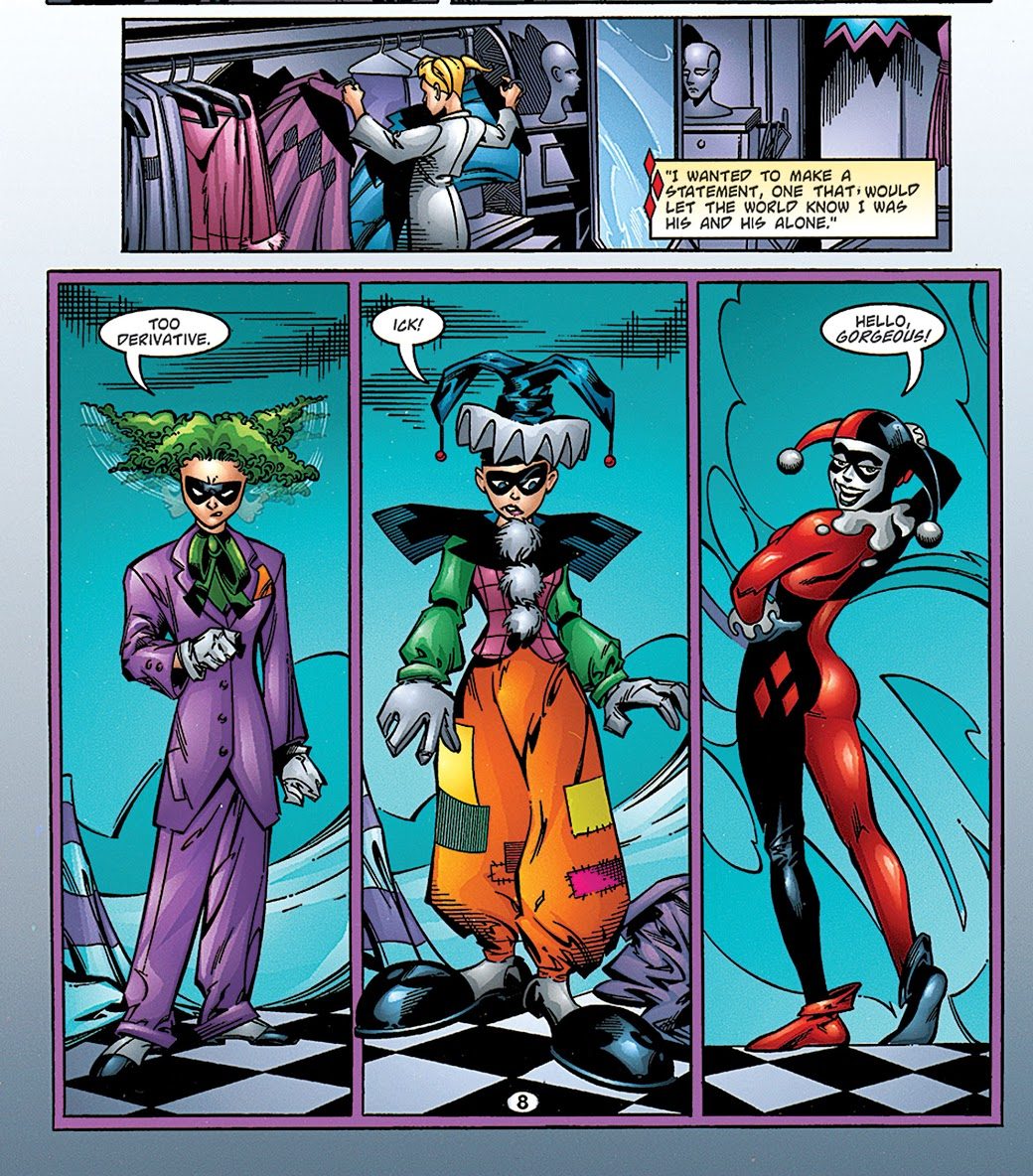 She would eventually discover Joker attempting to negotiate with the Penguin. The negotiations were not going so well until Quinn intervened bloodying up Penguin’s nose and inspiring Joker and the rest of his crew to out the rest of Penguin’s goons.

The two would then romance each other committing a number of crimes. However, the romance became too much for Joker and he believed Harley was interfering with his takeover of Gotham. He proceeded to dump her much to her chagrin. 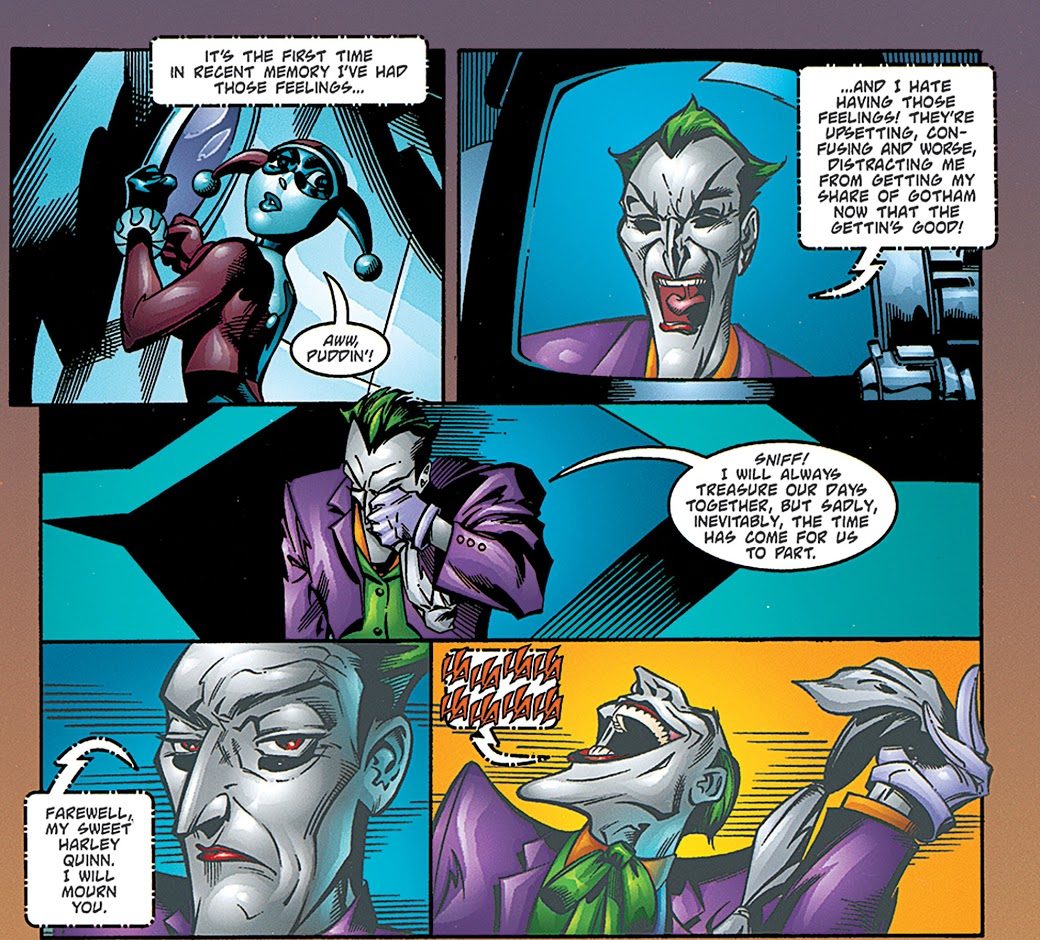 From there, Poison Ivy gives Harley a concoction of her own making that boosts Quinn’s resistance to toxins as well as increasing her natural strength and agility.

With her newfound abilities she plots her revenge against Joker and persuades Batman to help her take down Mr. J.

However, Batman is the one who gets played as Quinn’s real objective was to win back the heart of Joker. And she succeeds after tossing him around like a rag doll and running circles around him.

The two literally sail off into the sunset, leaving Batman in the dust. 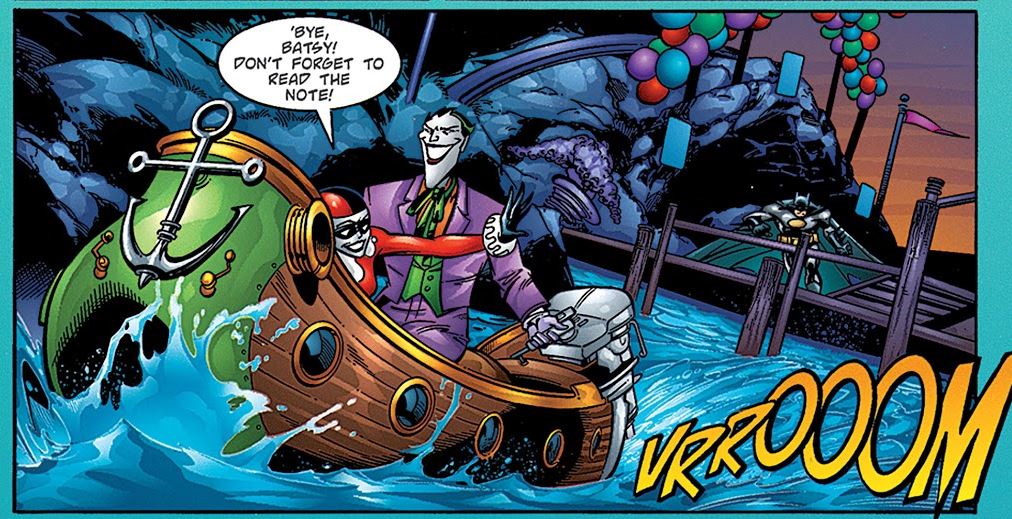 While Harley typically only has eyes for Mr. J, the Joker might have some competition this Christmas courtesy of artist AyyaSAP.

Harley has made some adjustments to her outfit and is ready to greet Santa Claus when he comes down her chimney.

Although I’m not sure Santa will enjoy the visit as Harly does her have hammer handy. Santa better not give her any coal!

AyyaSAP shared their Christmas themed Harley Quinn pinup to Instagram writing, “Tell me, have you been a good boy this year? You can get this piece with many other illustrations on my Gumroad in a pack 45.”

You might think she’s delivering gifts, but it’s more than likely she pulled a Grinch and snatched those gifts right from under the trees of the wealthiest citizens of Gotham.

Catwoman is shown in a more traditional black outfit.

AyyaSAP previously shared a more traditional Harley Quinn pinup back in October 2019. You can see her in her iconic black and red suit.

In April 2017, AyyaSAP shared a Harley pinup inspired by the version played by Margot Robbie in the Suicide Squad film.