After recent seasons of The CW’s various DC shows showed a significant decline in quality, from Arrow Season 5 to the entirety of Batwoman, the first episode of Superman & Lois came as a legitimate surprise (in fact, so much so that our weekly reviews are beginning with the series’ second episode) to most fans. 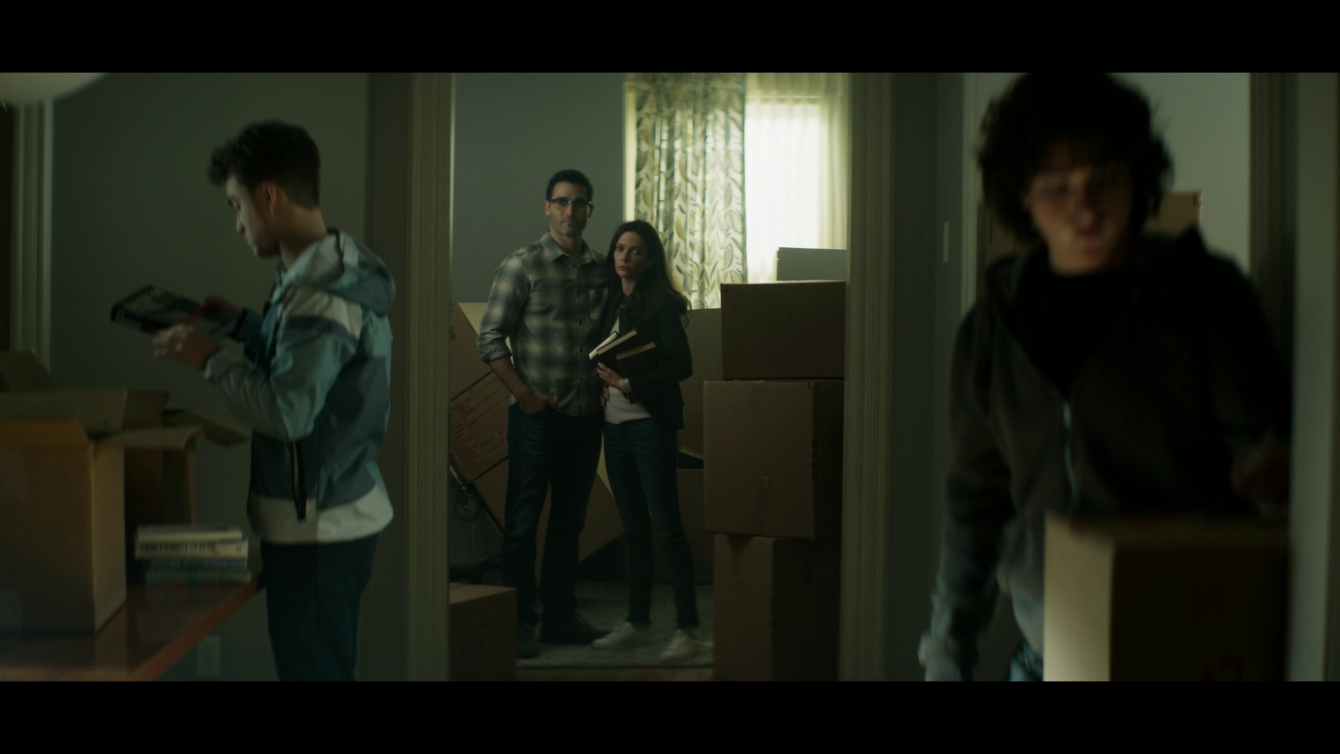 Between its respect for the source material, avoidance of any hamfisted sociopolitical messaging, and surprising balance of its teenage drama, the Man of Steel’s return to prime time television gave fans a glimmer of hope that all was not lost for media adaptations of their favorite comic book characters.

But against all odds, the show’s quality turned out to be less of a trojan horse and more of a sign of things to come, as its second episode, while not quite as strong as the first, gave fans more reason to stick around than turn off their televisions. 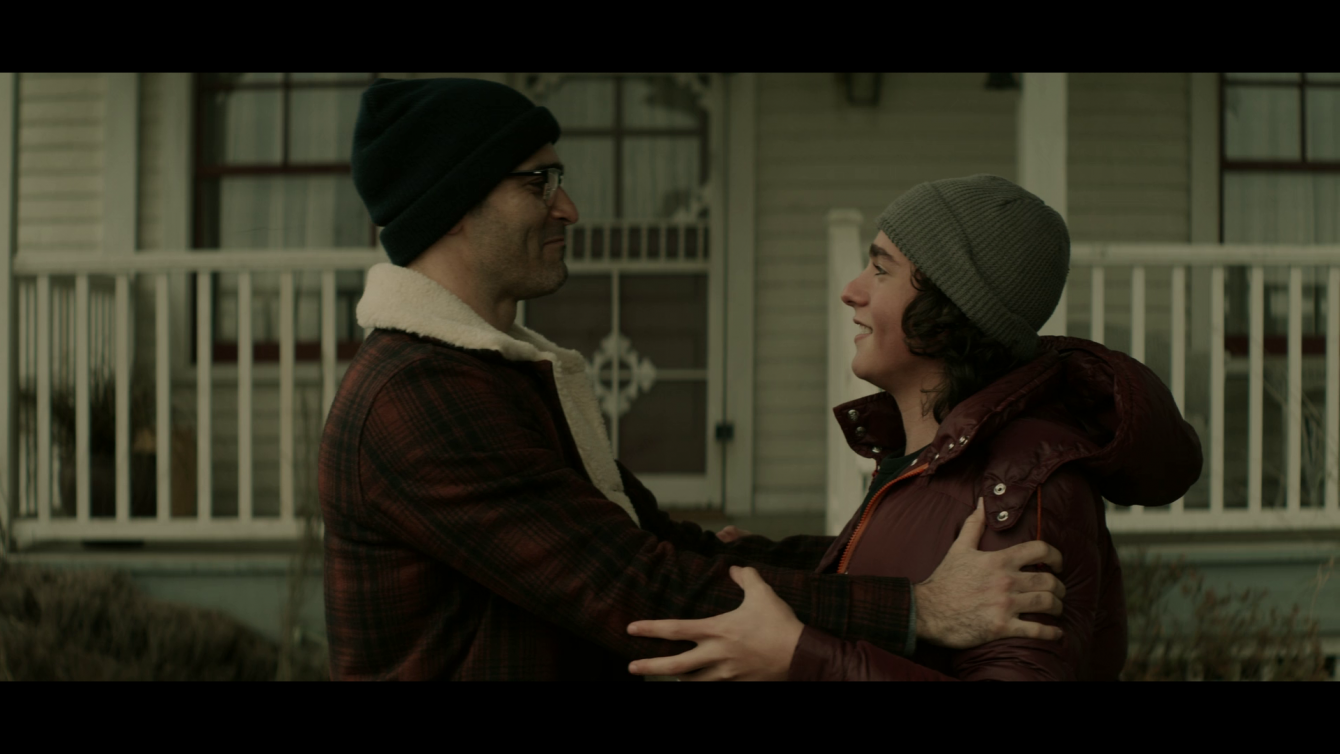 Having made the decision to move from Metropolois to Smallvile in the last episode, ‘Heritage’ opens with the Kents adjusting to their new small town lifestyle.

Newly let go from the Daily Planet, Clark turns to helping Jordan control his newly developed powers, taking his son on regular trips to the Fortress of Solitude to help better understand his Kryptonian heritage. At the same time, Lois continues to follow her gut and investigate the corrupt business practices of Morgan Edge, while Jonathan attempts to adjust to a life far removed from everything he had ever known. 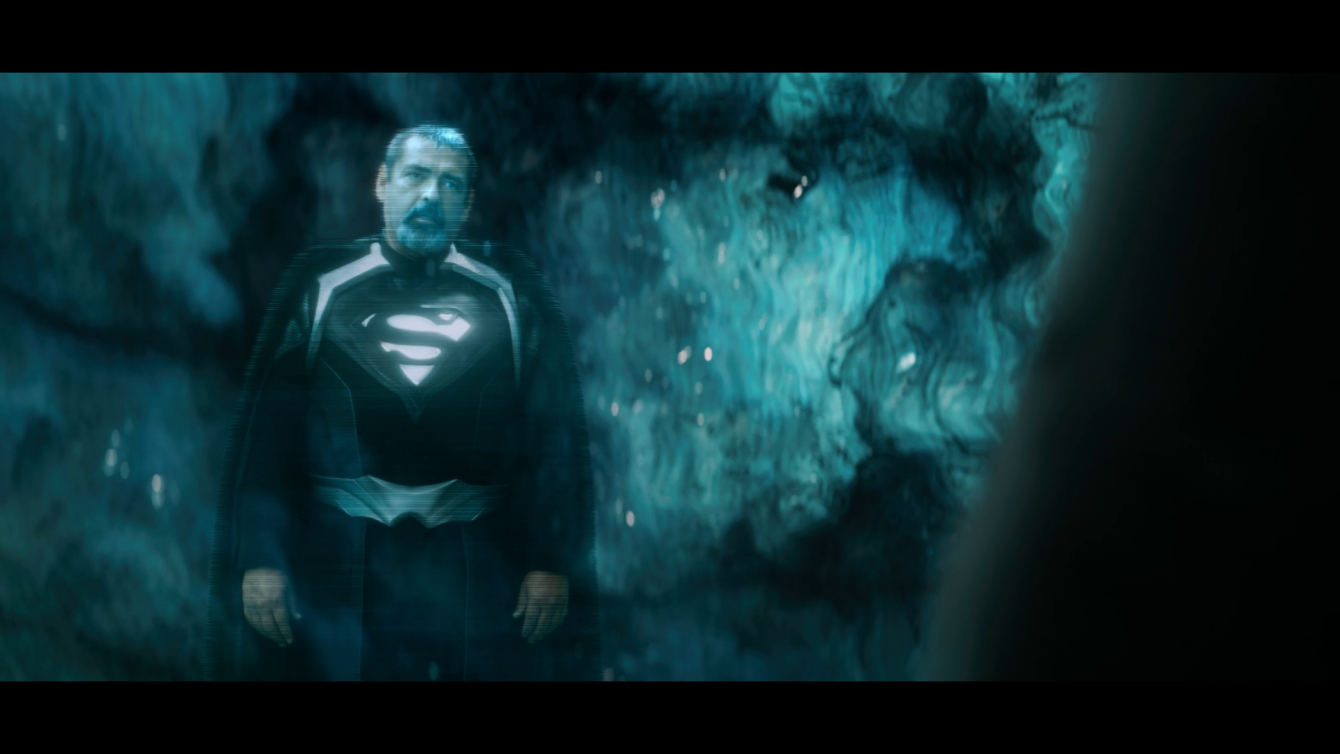 However, their idyllic rural life is not without its problems.

Almost as quickly as they arrived, the Kents find themselves inundated with personal hardships, with the ‘Fortress of Solitude’ based version of Jor-El revealing that Jordan’s powers were merely a temporary ‘blip’, Lois discovering that Morgan Edge is willing to manipulate her reporting in order to hide the truth of his endeavors, and Jonathan finding himself bullied by the Smallville High School football team as fallout for his role in last week’s bonfire incident. 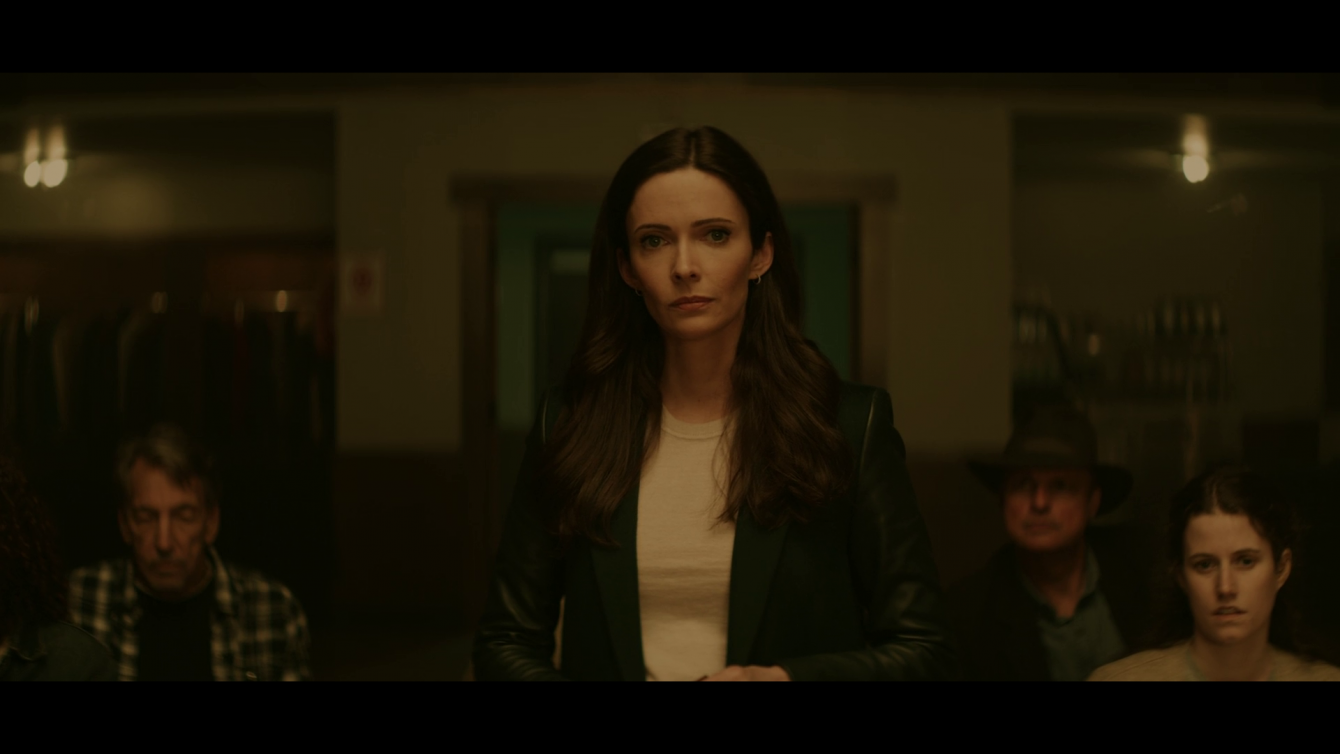 Meanwhile, Clark continues to find himself pre-occupied with the mysterious, armor-clad Stranger, who returns in this episode to raid government facilities in pursuit of Kryptonite to use against Superman.

While he finds that he’s eventually able to physically overpower the Stranger (though this turns out to be nothing more than an automated drone piloting), Clark’s life is further turned upside down when General Lane reveals that he himself has been hoarding the planet’s supply of Kryptonite, claiming that he was doing so order to protect the man his daughter loves.

As a result of now being beset on all sides by powerful people wielding mass amounts of his only weakness, Clark’s doubts about his role as both a superhero and father return tenfold, as the Last Son of Krypton begins to wonder if he’s having a net -positive effect on the world around him. 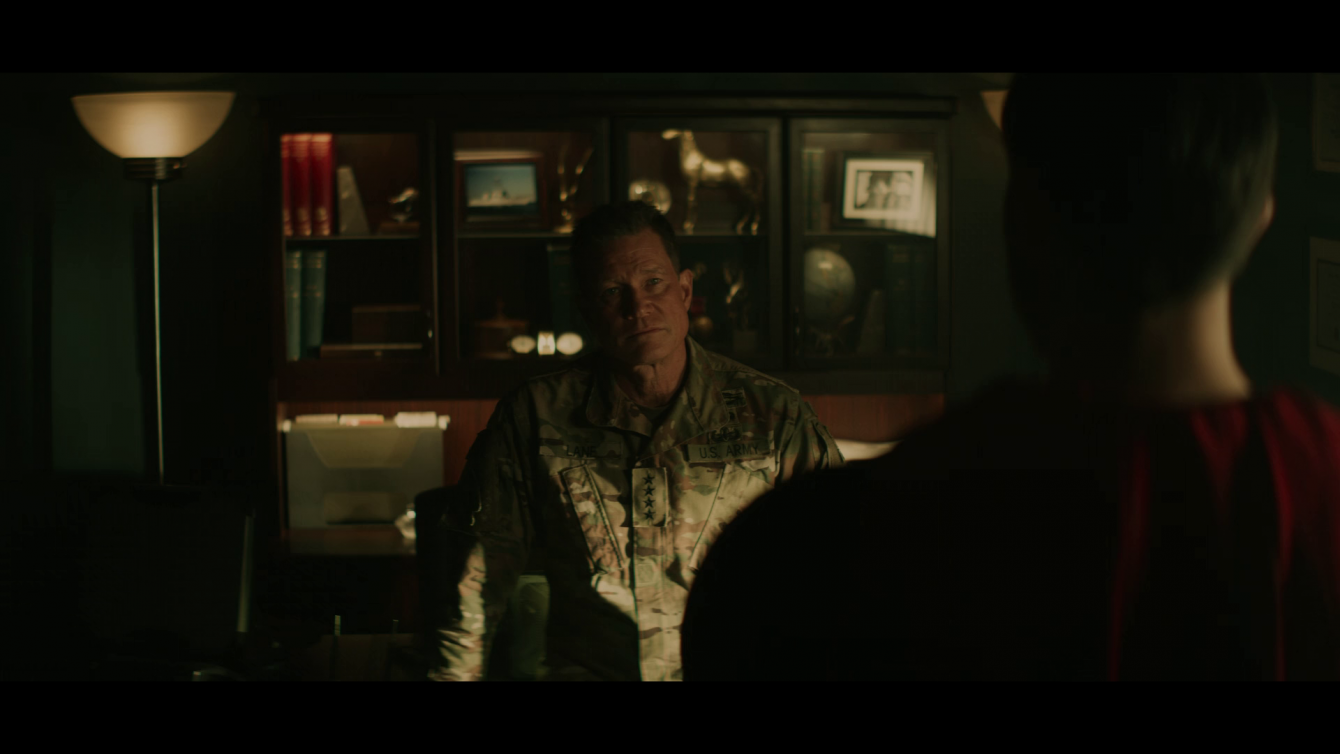 It’s genuinely impressive that, despite every element being in place, The CW manages to avoid falling victim to the same traps that led the overall Arrowverse to lose much of its good will among fans.

Surprisingly, the writers are able to balance Clark’s superheroics, Jordan and Jonathan’s growing pains, and Lois’ battle with Morgan Edge in a way that gives each thread its due attention and works in unison to tell the story of a family going through a difficult journey together. 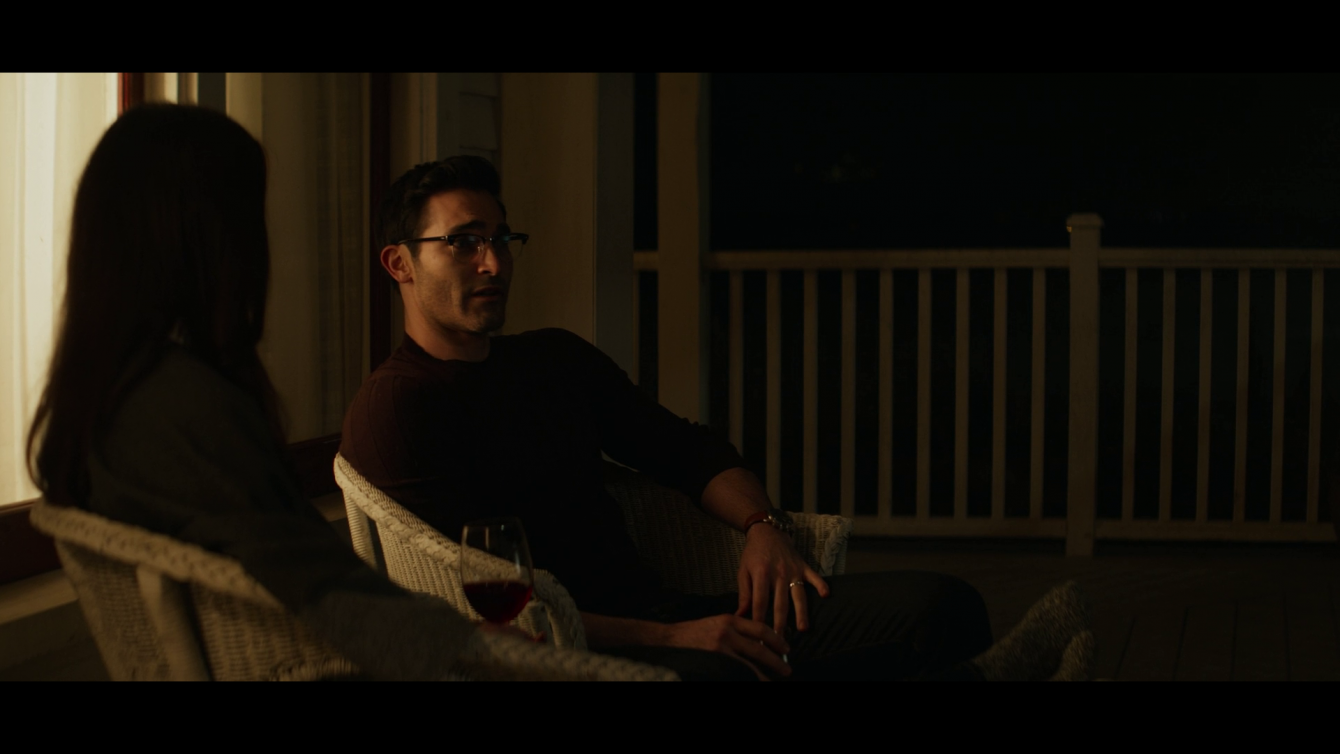 To this end, most notably, the show doesn’t linger on its moment of teenage angst and drama. Whereas most shows on The CW would center on the drama of Jordan and Jonathan’s teenage experiences as the central focus of the show, Superman & Lois gives just enough focus to the two boys for audiences to empathize with their issues, but not too much that their scenes feel awkward or unnecessarily melodramatic.

In Heritage, this is best seen in the brief encounter Jordan and Jonathan have with Sarah at the barbeque, as after establishing that tensions still run high between the three, the episode cuts back to its other plotlines and avoids devolving into an after-school special. 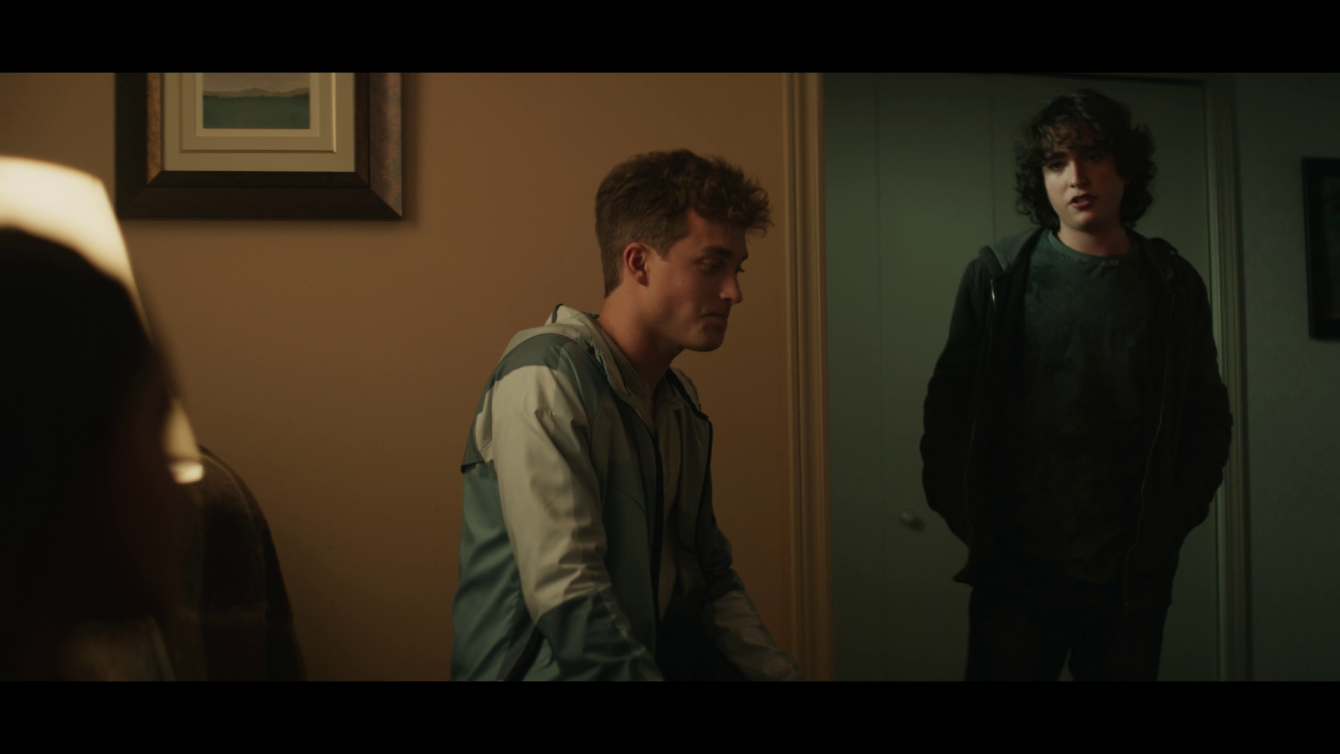 And though it’s only the second episode of the entire series, it’s become readily apparent that the highlight of Superman & Lois is its cast of characters.

From Clark’s uncertainty in the face of an unprecedented challenge (personally, I’ve always enjoyed stories focusing on Superman as a father, as it presents him with a situation in which his vast toolbox of powers are practically useless), to the seed of doubt towards Superman being planted in the mind of General Lane, to Lois’ characteristic resignation from the Daily Planet in the face of being censored, almost every character feels fleshed out, believable, and respectful towards DC’s original source material. 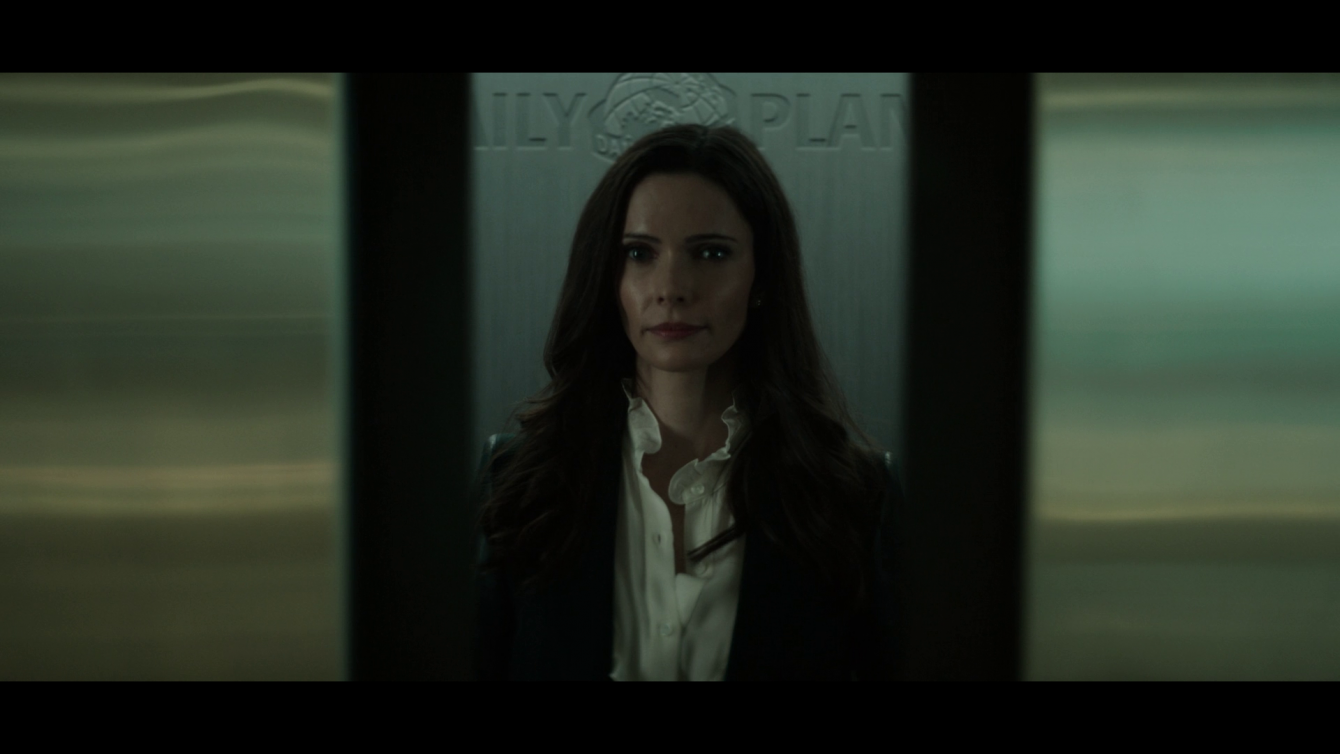 However, the key word in the above summation is “almost”, as there is one character in particular that feels disappointing in comparison to his fellow cast members: Captain Luthor.

Overall, Captain Luthor is a fun idea, playing upon the concept of Earth-3 and presenting the man as a heroic survivor of war against the seemingly ‘evil’ version of Superman that runs rampant across his reality. 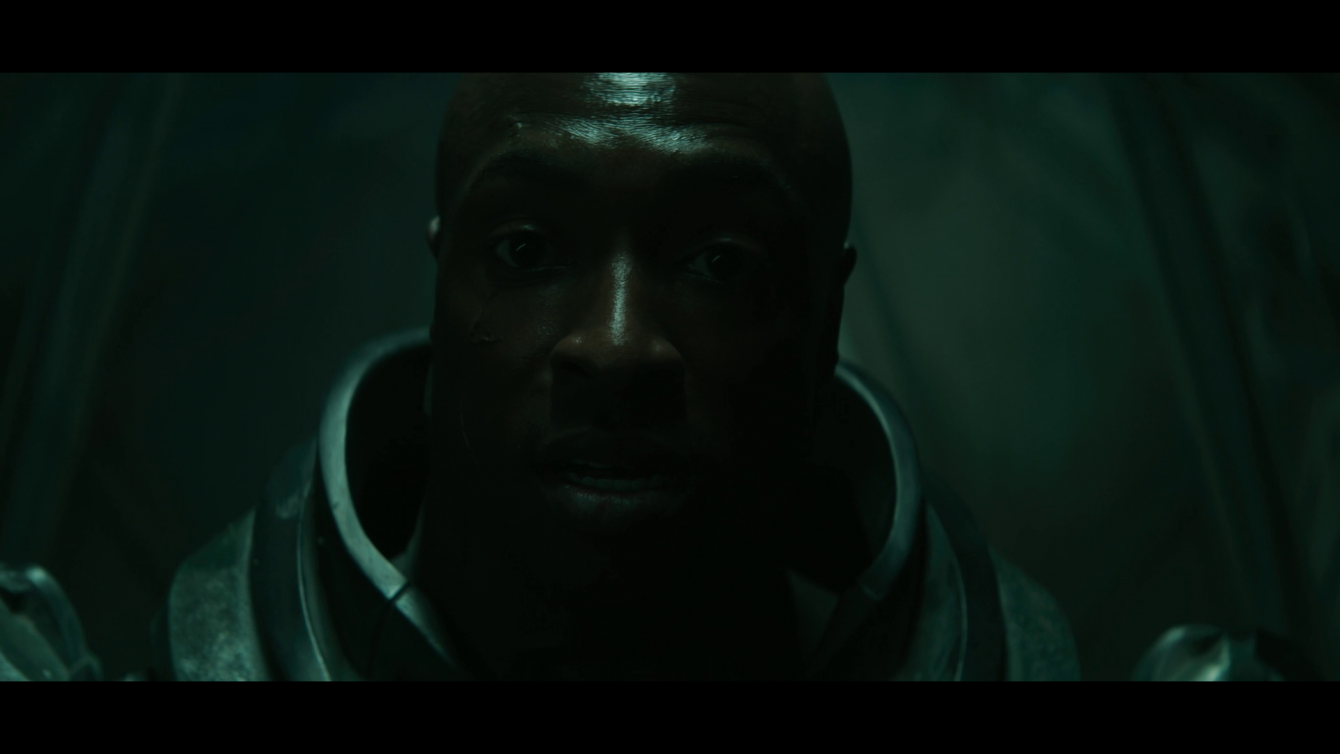 Yet, the execution of Captain Luthor as a character ultimately falls flat due to the performance given by actor Wolé Parks.  Whether a case of poor direction or a testament to his acting chops, every line delivered by Parks feels untethered from the show itself, almost as if he’s recording his lines in post completely separate from the rest of the cast.

His performance is awkward, jarring, and campy in the wrong ways, which in turn leaves Captain Luthor feeling more like an imitation of a one-off ‘Power Rangers’ monster than any sort of actual threat. 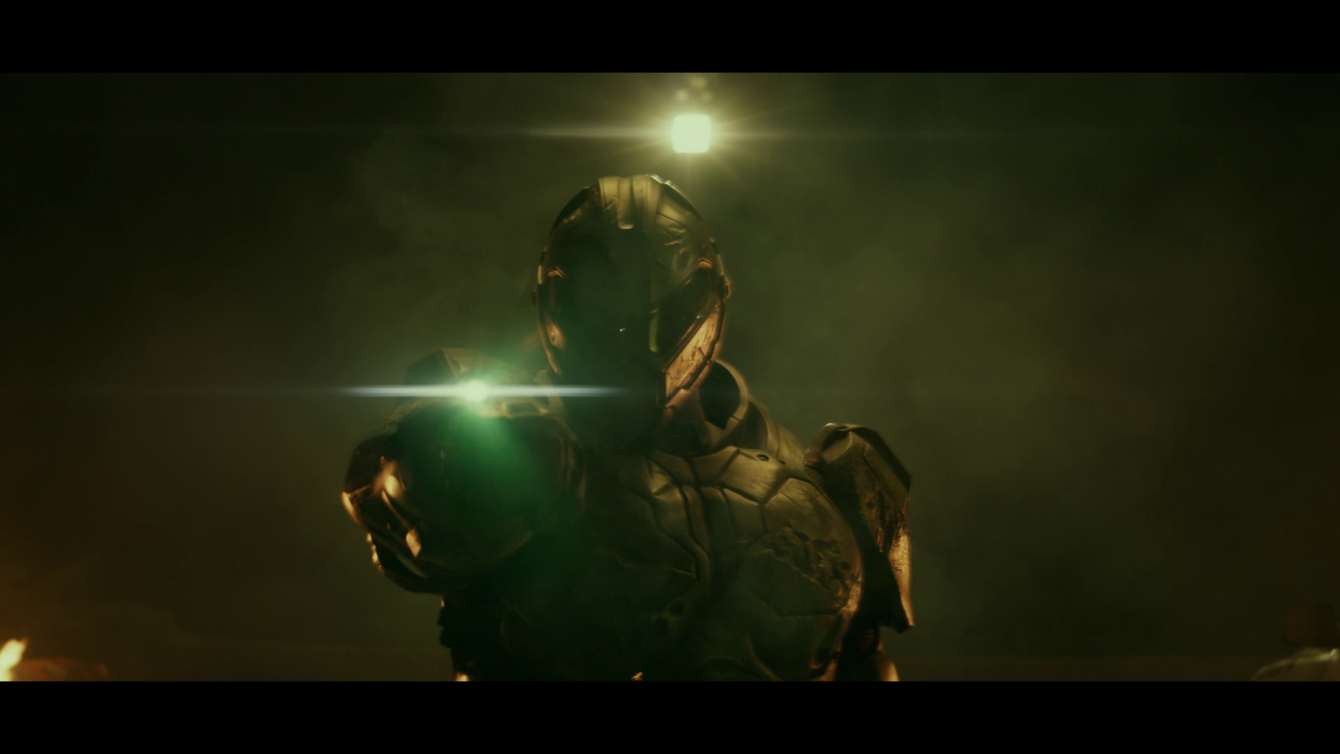 A special nod should also be given to the series’ special effects, as in comparison to the less-than-stellar running shots of Barry Allen as seen in The Flash, Superman & Lois’ effects present an admirable translation of the Man of Steel to network television.

When Superman flies it feels as if he does so with the ease of knowledge gained through his familiarity with his powers, his punches carry the weight of someone who could crush the world in his hands, and his other powers feel so secondhand in their use.

Honestly, it’s a breath of fresh air to follow an established hero and not have to go the ‘origin story’ route that so many adaptations feel the need to adhere to. 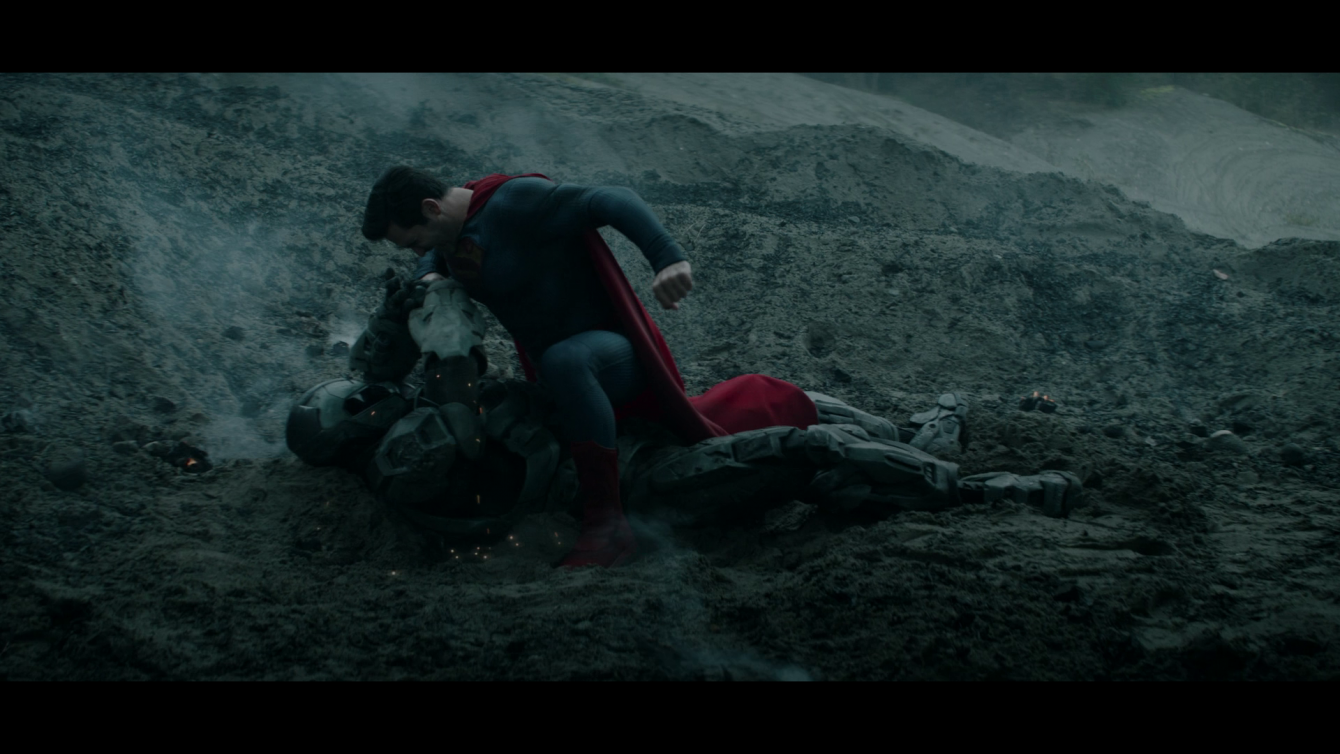 As an aside, there is one curiosity regarding Superman & Lois’ cinematography that deserves mention, and that is just how visually similar the moments of Clark being Superman are to the same such moments in Zack Snyder’s cinematic interpretation of the character.

Between the sweeping vistas, the ‘cool’ color palette that seems to give an almost ethereal feel to his movements, and the lingering shots meant to convey a sense of awe inspiring heroism, one would be forgiven for mistaking this as a rebooted take on the DCEU.

It’s nothing against Superman & Lois itself, but it does lead one to wonder why DC and Warner Bros. are so adamant about pushing Snyder out the door when they clearly continue to take inspiration from his versions of the characters. 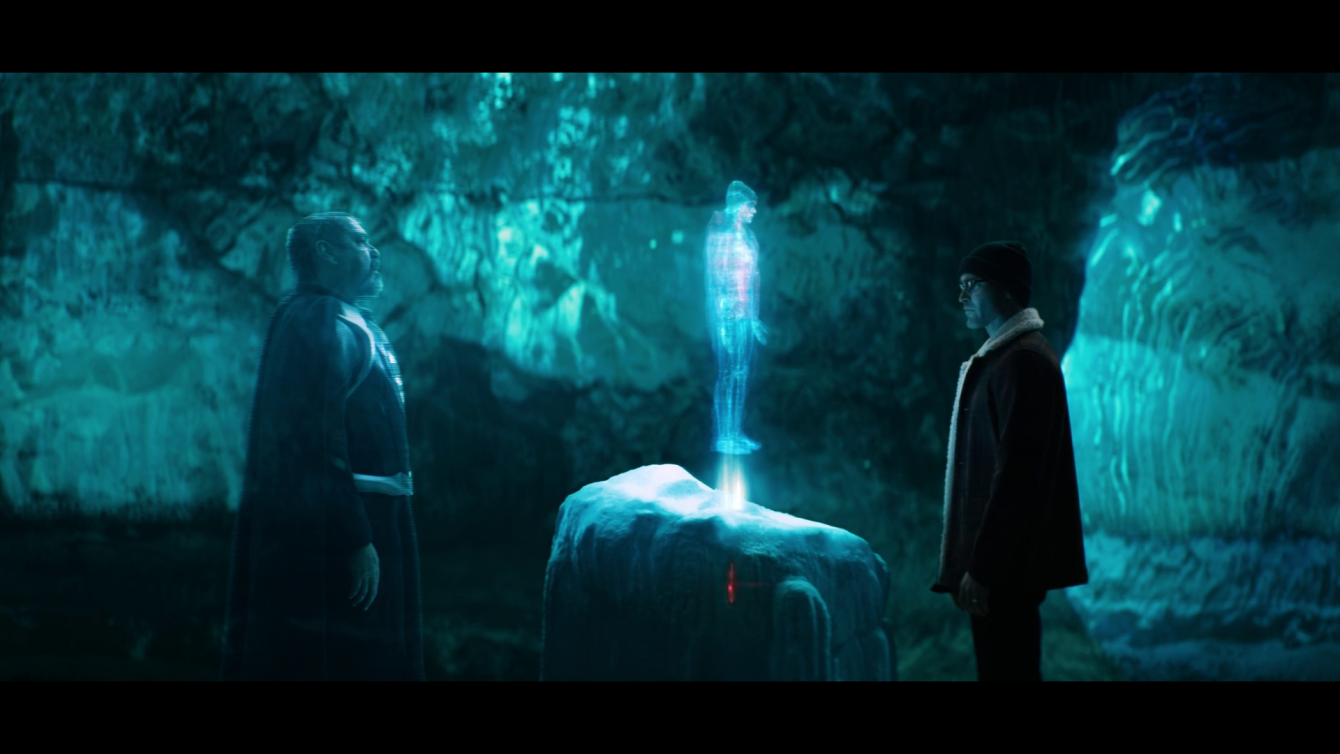 Overall, ‘Heritage’ is a solid follow-up to last week’s premiere, but one can never shake the sense that the exposition heavy episode was produced as more of an ‘epilogue’ to the series’ first episode, meant to finish setting up a season’s worth of conflicts rather than begin any exploration of the mysteries set up last episode.

This type of episode works as a one-off, but given The CW’s past track record of turning their series to focus on intrapersonal conflicts rather than superheroics, it will likely spark just a twinge of uncertainty regarding the series’ future among viewers.

Thankfully, the rest of the episode’s strong writing (not to mention its ending sting of a black-suited Superman), should serve to quickly snuff out those fears. 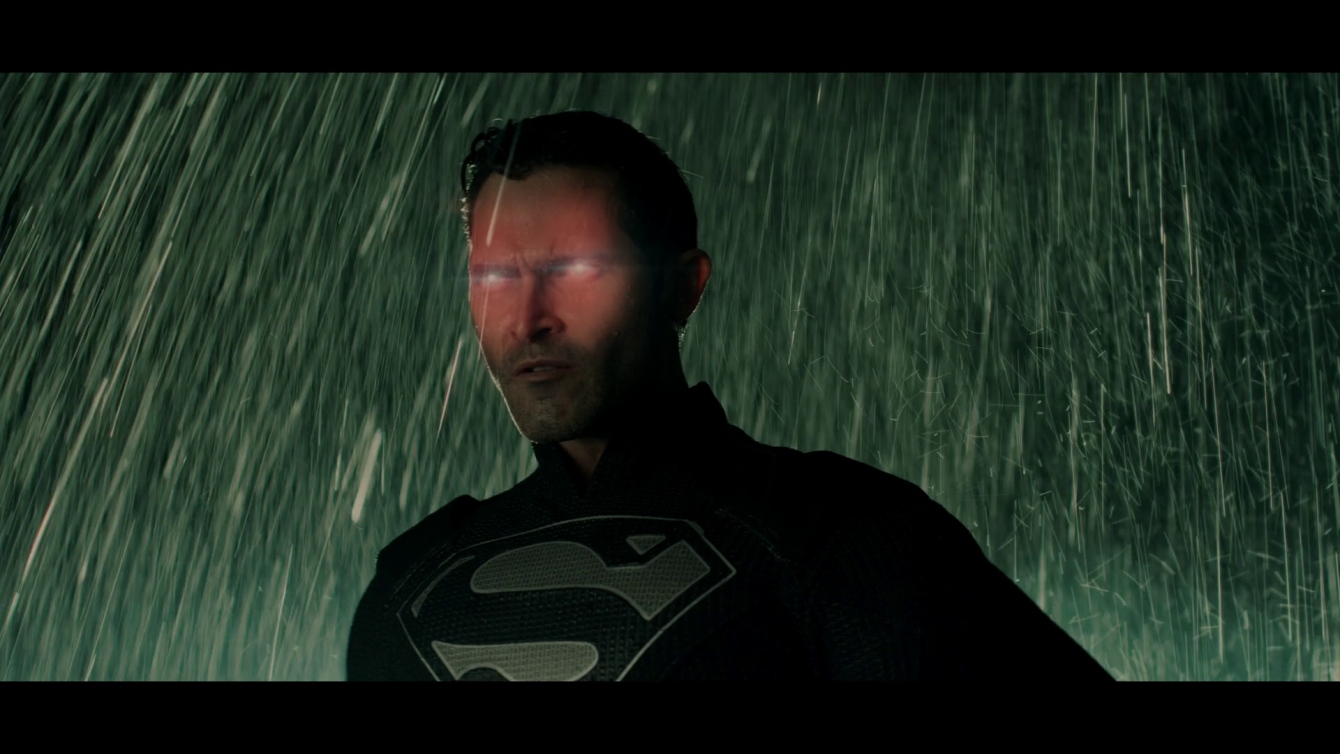 Superman & Lois continues to exceed the, admittedly, low expectations many have for any production on The CW. Here’s hoping that the rest of the season continues to deliver.