Justice League concept artist Jerad S. Marantz released more of the concept work he did for Zack Snyder, this time showing his the world artwork he did for Darkseid, which turned out to be a big deal for the artist as it just so happens that The New God is one of Marantz’s favorite villains. 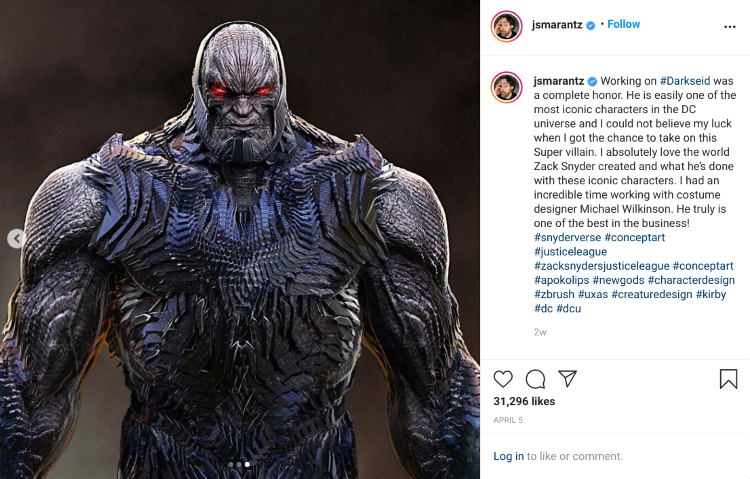 “Working on #Darkseid was a complete honor,” he wrote. “He is easily one of the most iconic characters in the DC universe and I could not believe my luck when I got the chance to take on this Super villain.”

Marantz also had kind words for Snyder and his interpretation of these characters. “I absolutely love the world Zack Snyder created and what he’s done with these iconic characters,” he said. 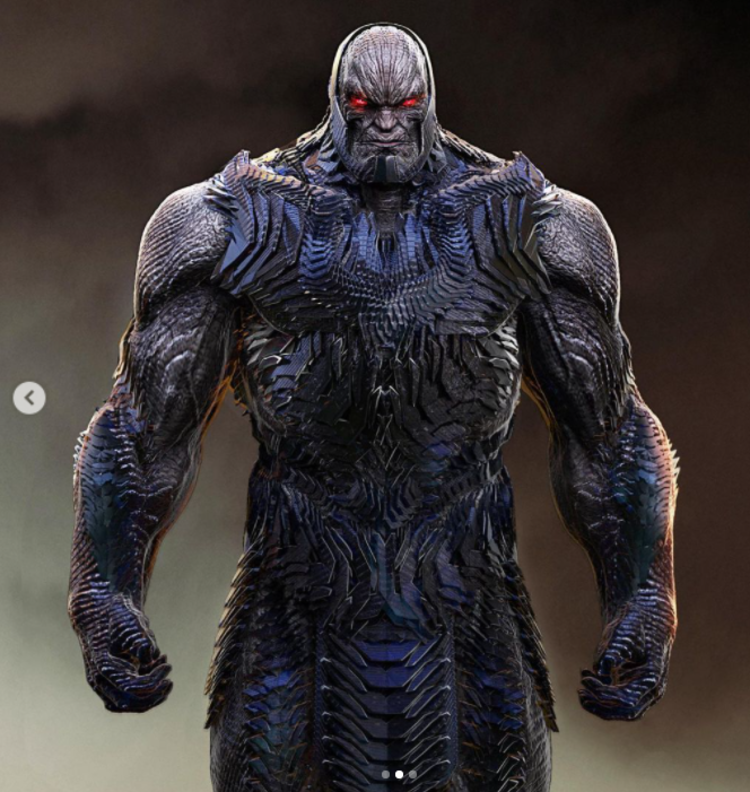 Darkseid looks as if Marantz tried to remain faithful to the despotic Lord of Apokolips as readers have known him since at least The New 52, but you can also tell his armor shares similarities with The Snyder Cut’s menacing Steppenwolf redesign. 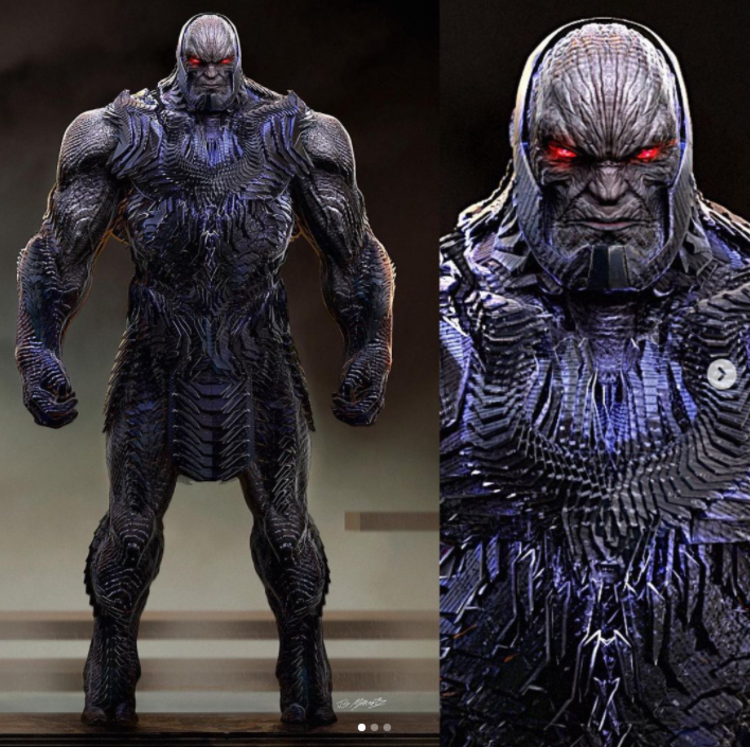 Speaking of Steppenwolf, Marantz shared some early images of Darkseid’s emissary on his IG page that depict him with a more human face than was seen in The Snyder Cut.

“Through the design process on #steppenwolf for #justiceleague I did a lot of exploration on the character,” he wrote in the above post. “In this pass I was told to go a bit more human in the face.” 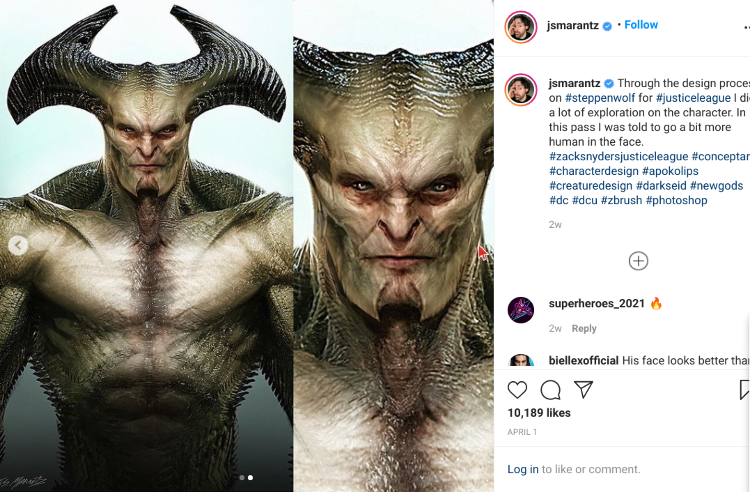 It’s a little reminiscent of Steppenwolf’s form of the Whedon cut, so it’s probably best they didn’t go with that. 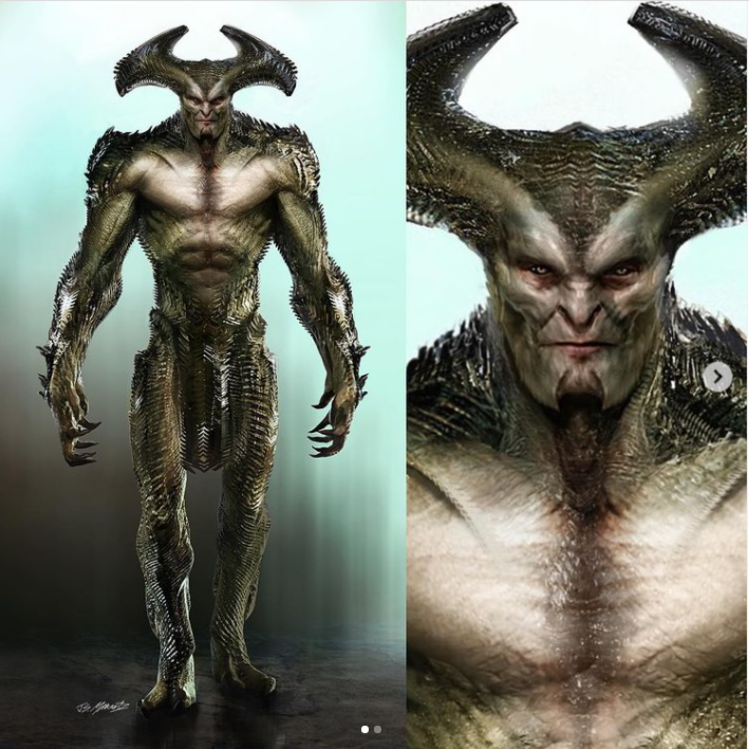 Marantz also shared designs for the Apokoliptan priests that serve Darkseid. Co-designed again by Michael Wilkinson, this Ridley Scott/Prometheus-esque design ended up in the Snyder Cut during the historic battle with Uxas. 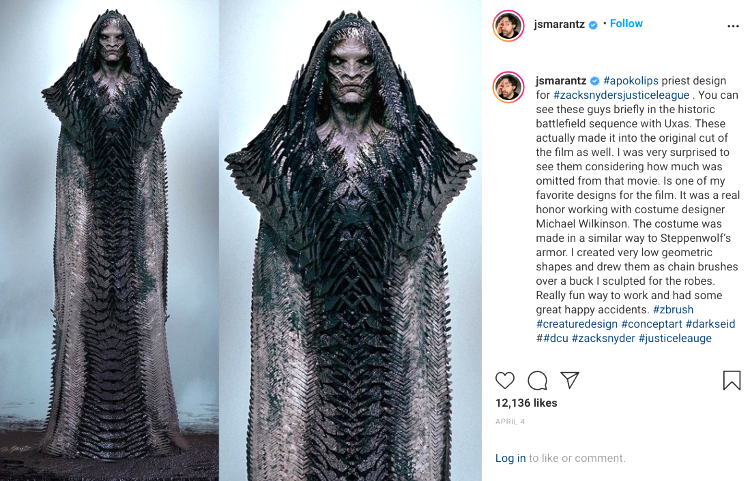 The priests would get creepier, said Marantz, after he wondered what they might look like on a noxious burning planet. If they anoint with oil, he thought, it might be dripping from their mouths. Here’s that: 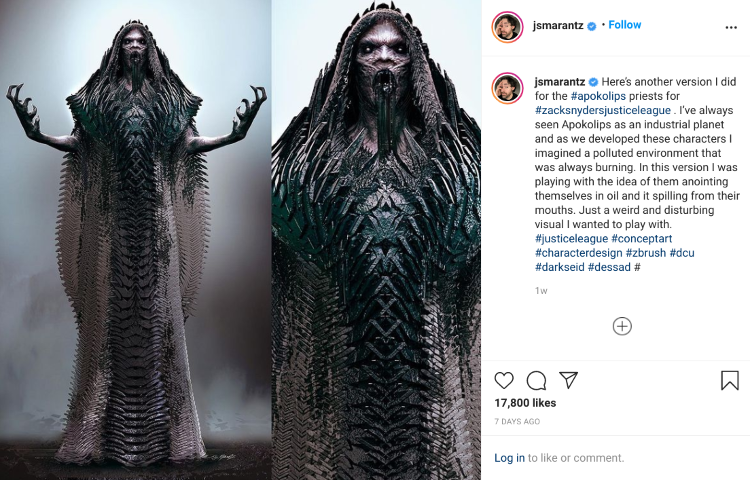 As creepy as that is, they weren’t to be outdone by DeSaad. Marantz explained he tried to make the right hand of Darkseid as scary as possible, but weeks later scaled back what he had in his mind to the design below, which is rather close to the Snyder Cut’s finished product. 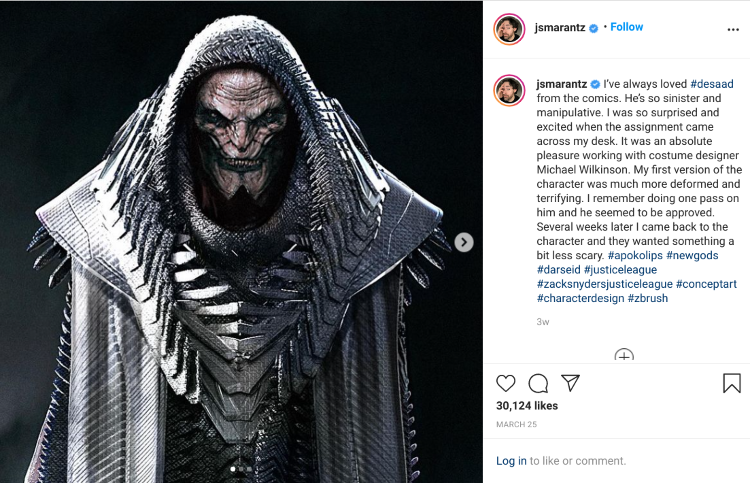 DeSaad is another favorite of Marantz, who admitted that he didn’t expect to get the assignment. “I was so surprised and excited when the assignment came across my desk,” he wrote. “It was an absolute pleasure working with costume designer Michael Wilkinson.” 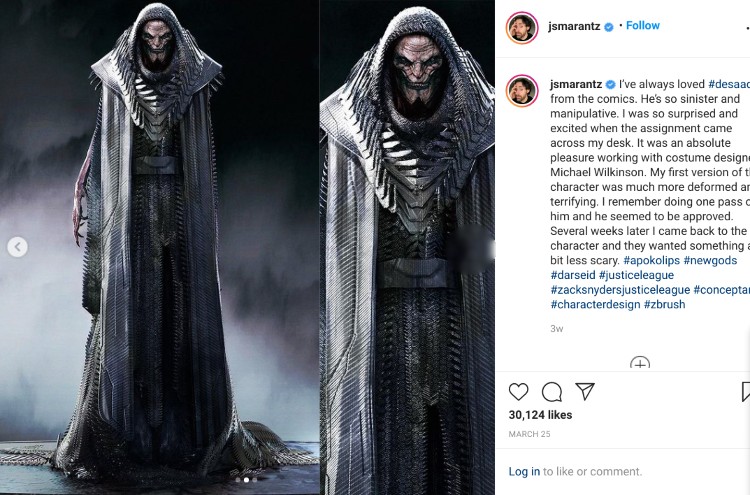 Below is a better full-body look at DeSaad: 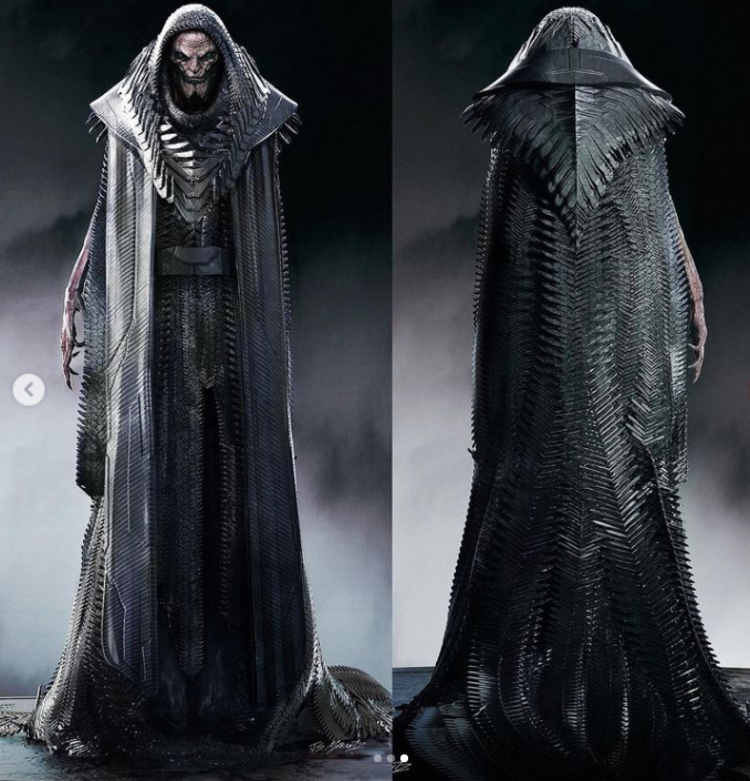 In another noteworthy take that went unused, DeSaad almost got the Darth Vader treatment with some kind of device on his chest. Have a look at it: 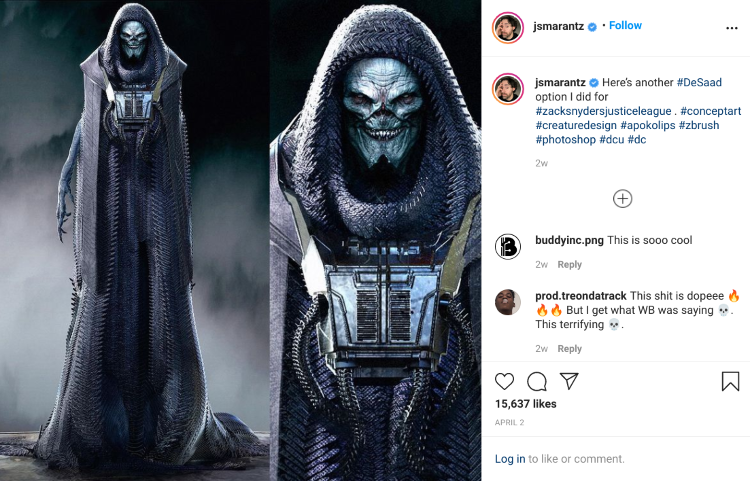 Finally, not all the freaks of Apokolips visited Earth. These next images are for guards on the planet who would have appeared in Darkseid’s throne room. 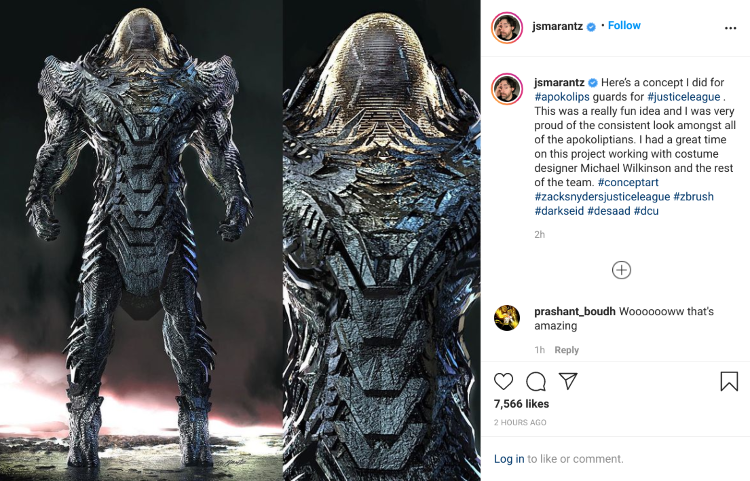 Marantz clarified he tried to keep the designs for denizens of Darkseid’s kingdom consistent. Except for the bubble-dome helmet on the guard above, that’s largely true.

Tell us what you think of JS Marantz’s designs below and if you believe any of those should have been in the film.