Since their appearances on Justice League Unlimited and the Arrowverse, which prominently featured the Thanagarians, there have not been many depictions of either Hawkman or Hawkgirl that have jumped off the page in an astonishing way. 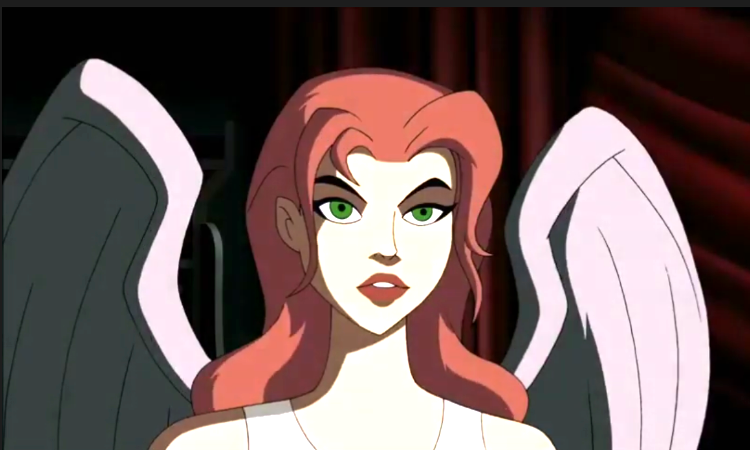 That would not have been so, however, if things had gone a bit differently in the development of an unidentified live-action series.

Thanks to recently released art by Titans and Stargirl concept artist Luca Nemolato, we now know what might’ve been if Shayera Hol had gotten to swing her mace somewhere other than Legends of Tomorrow. 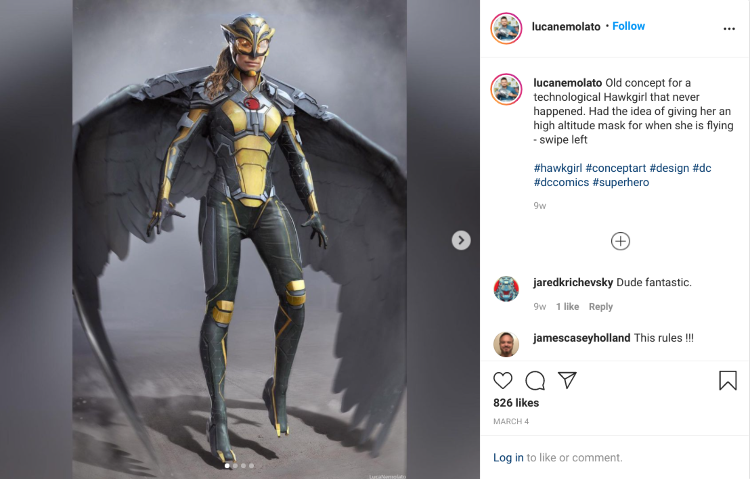 “Old concept for a technological Hawkgirl that never happened,” Nemolato wrote in an Instagram post, though he did not specify how old the rendering is.

Continuing his caption, he added how he “had the idea of giving her [a] high altitude mask for when she is flying – swipe left.” 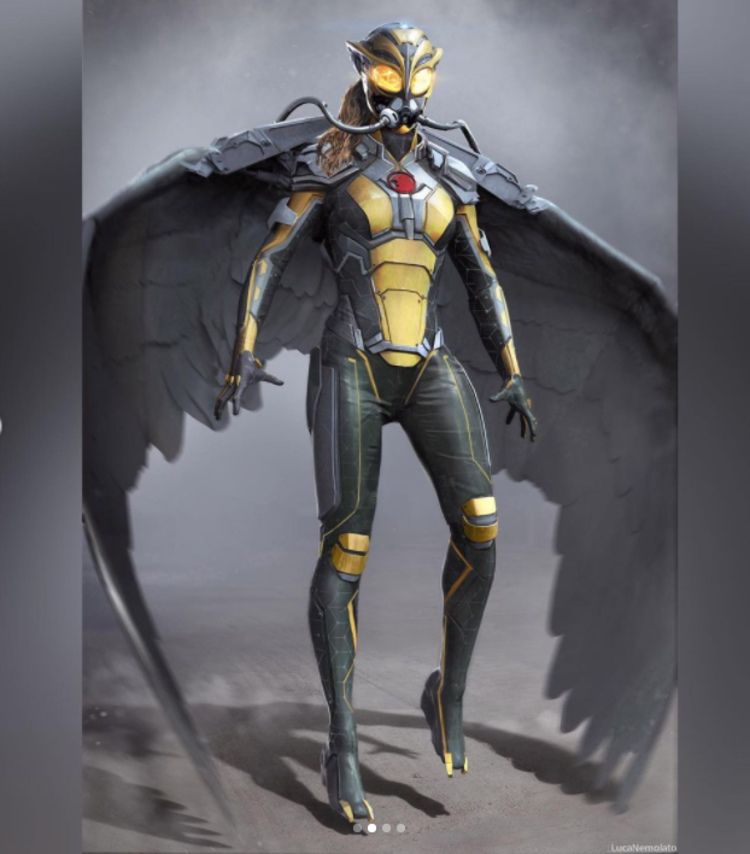 The gallery continues with close-ups of the mask. 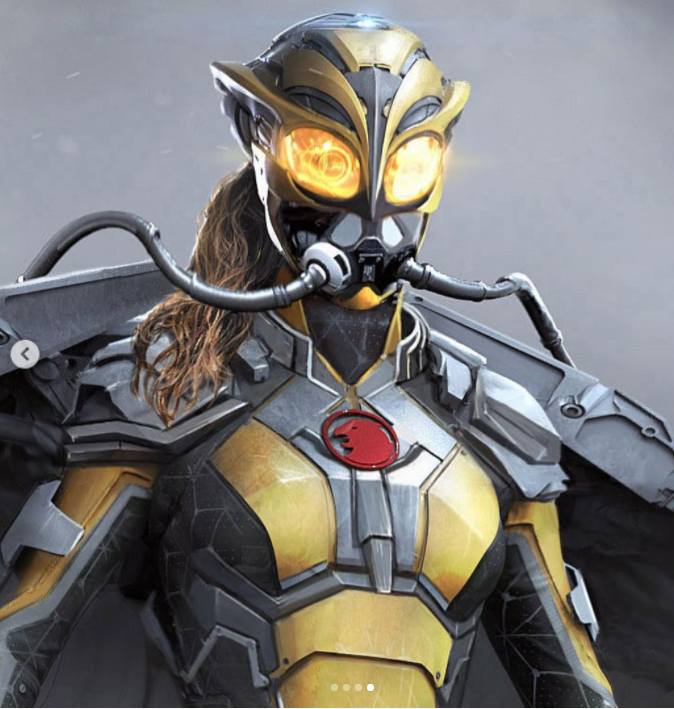 To say that this unrealized incarnation of Hawkgirl is “technological” indicates that her powers came from the suit, similar to Iron Man or The Vulture.

We may never know and the same can be said of what project this design was drafted for. It could have been for Legends of Tomorrow, a potential solo series, or even for Krypton, a show Hawkgirl was rumored to appear in before it was canceled. 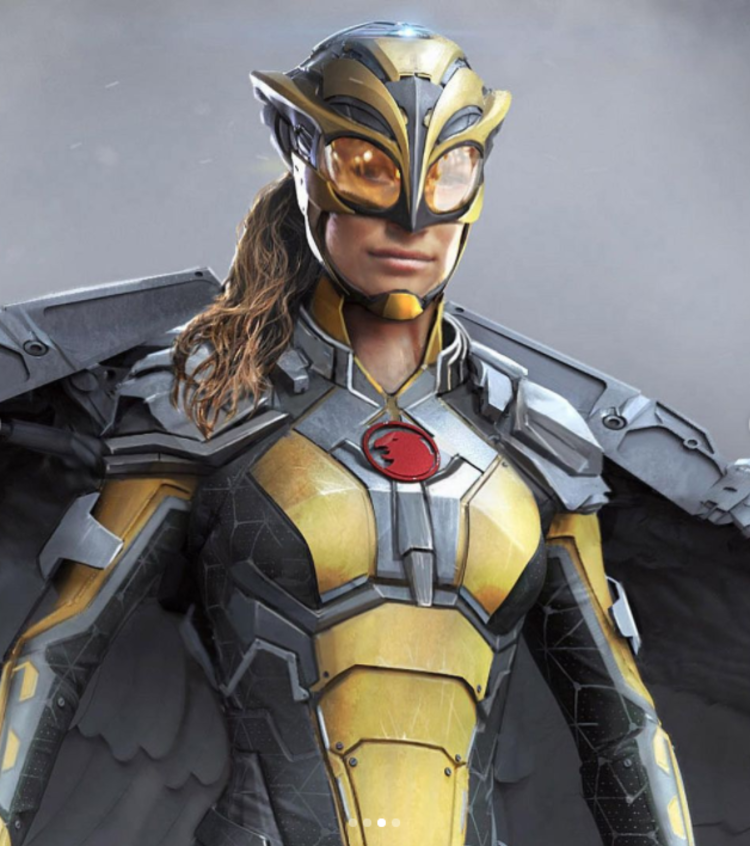 Based on Nemolato’s ArtStation portfolio, we can gather it was for a TV show, as that topic appears among the tags in the lower right of the page devoted to the Hawkgirl art.

The show in question could have been a DC Universe Original, as Nemolato has worked on most of those. One likely candidate is Stargirl, which is now airing on The CW, given the Hawks’ history with the Justice Society and the work Nemolato did for the series.

He came up with the design for the STRIPE robot which he’s previously shared and discussed on Instagram. In fact, he posted about it last year when Stargirl premiered.

Many of his ideas, including the placement of the headlights on the body, “the car look for the chest and the logo,” and the mech’s profile made it into the show. 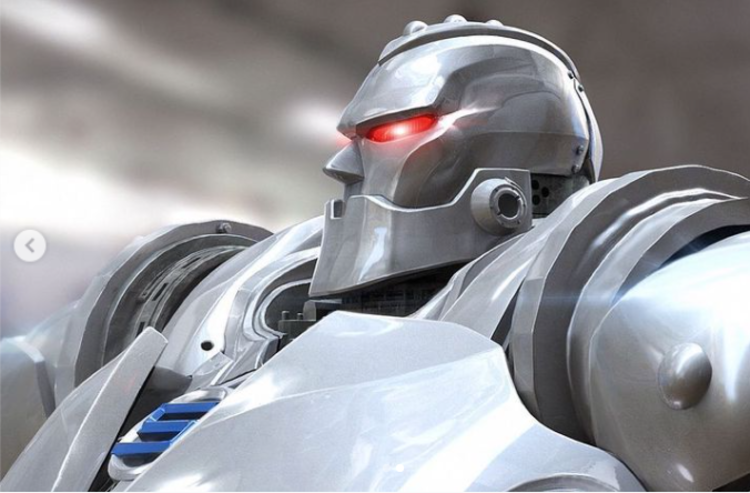 Then there’s Titans – where you can easily picture Hawkgirl fighting alongside Nightwing, Wonder Girl, and the other DC sidekicks – which had Nemolato working to conceptualize the bad guys for Season 2.

When it came to Doctor Light, he really put the effort in, as you can see in his Instagram post below. 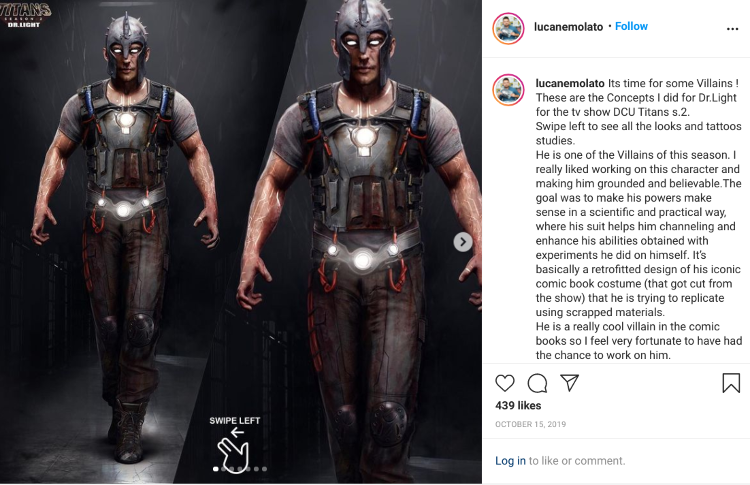 Nemolato states his aim was to make Light’s appearance “believable” and the villain’s abilities “practical.”

The suit that augmented his abilities was supposed to be a retrofitted version of the costume from comic books. Sadly, it was cut, and ultimately we didn’t get to see it in its full glory. 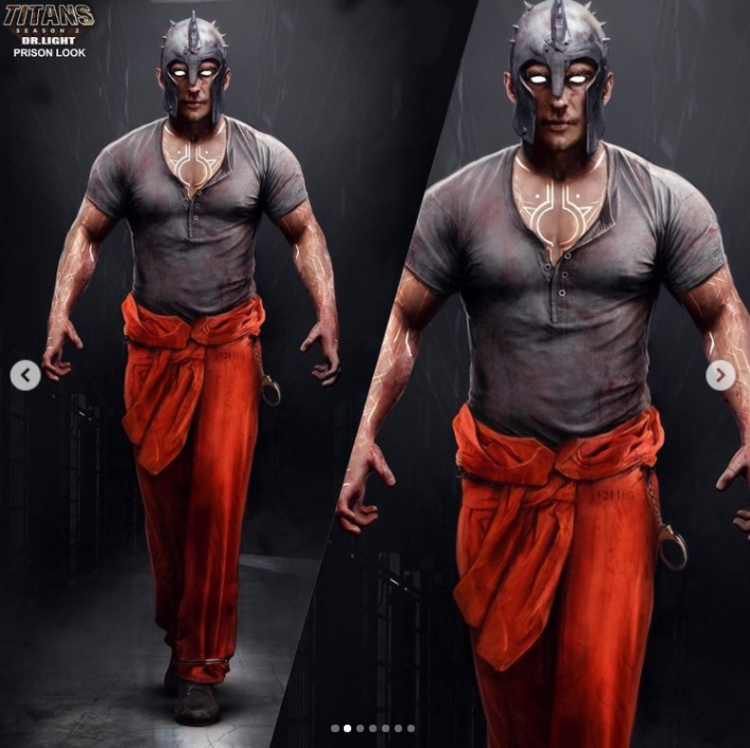 Some of the glowing Doctor’s nuances of costume and tech made it into prison tattoos that give off serious vibes of Mickey Rourke-Whiplash from Iron Man 2. 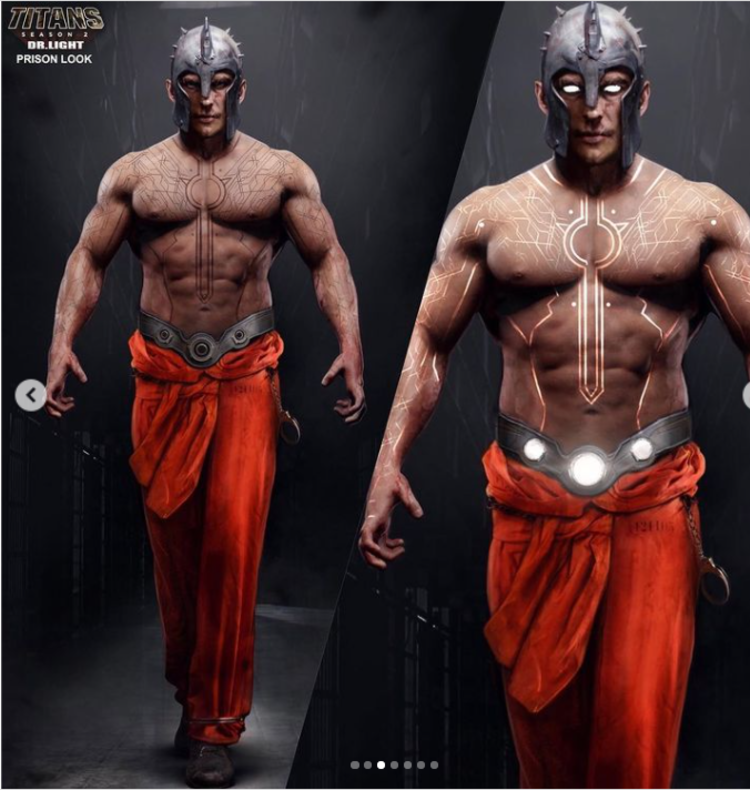 While these designs may have gone unrealized in Titans and Stargirls, this does not hold true for all of Nemolato’s works, as many of his pieces contributed heavily to the on-screen appearances of many DC television characters.

This includes Dragon King, who met an uncertain end at the end of Star Girl’s second season: 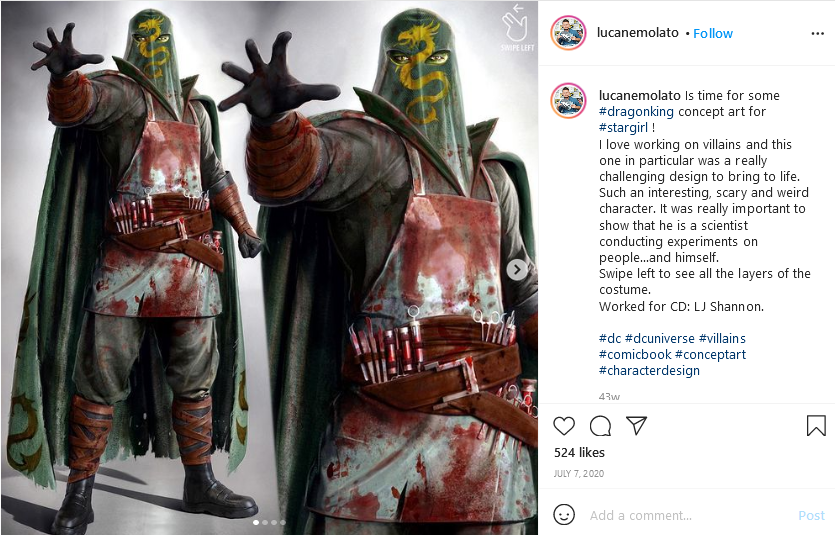 Slade Wilson, who tormented the Titans throughout their respective scond season: 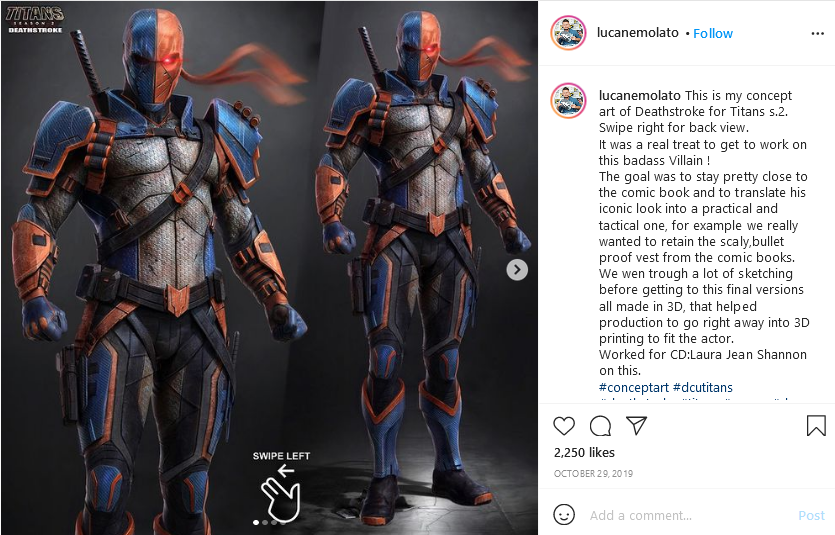 And the Doom Patrol’s version of Cyborg: 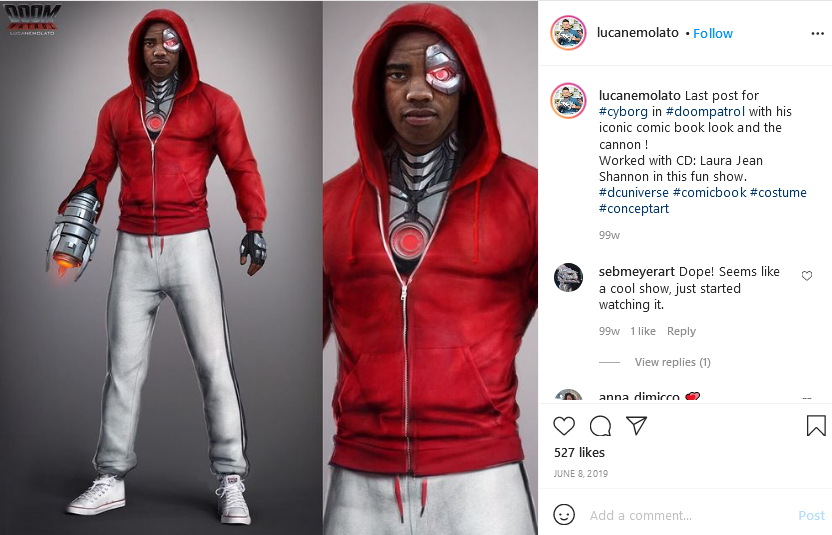 Outside of DC, Nemolato also worked on Netflix’s adaptation of Death Note, helping to bring to life what is arguably the only good thing about the film, the shinigami Ryuk. 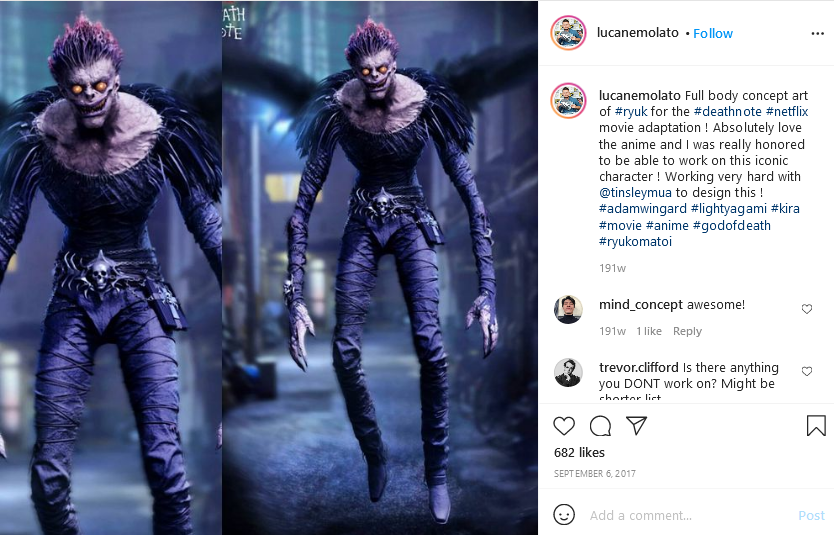 As neat as it would have been to see Hawkgirl take the shine off Dr. Light, that fight probably wouldn’t have lasted very long (unless the villain had Deathstroke there to assist him).

Those two characters are down for the count on the Earth that hosts the Titans series, although anything can happen. Of course, that means Hawkgirl could flap her way onto the team at any point after the show’s next season, which comes to HBO Max later in 2021. 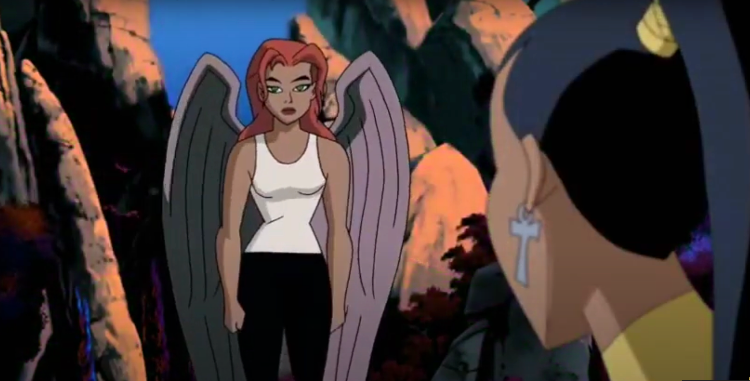 Give us your thoughts on the concept art, as well as where you would like to see Hawkgirl show up next, in the comments down below!