The past 15 years brought us some of the most classic castings of comic book characters ever. From Robert Downey, Jr., as Iron Man to Christian Bale as Batman and Henry Cavill as Superman, a good chunk of them are pitch-perfect. 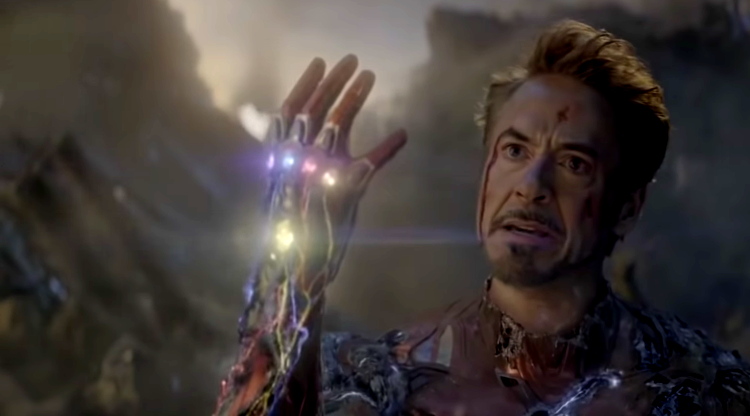 But even so, a few were against type though they were successful – like Aquaman and Nick Fury. Tactics like race/gender-swapping and erasure of hair color have led to mismatches regardless of their popularity and caused some natural fits to go unnoticed.

In another timeline where Hollywood’s thought process worked differently and in a less obtuse fashion, the following substitutions more in line with source material could have happened. 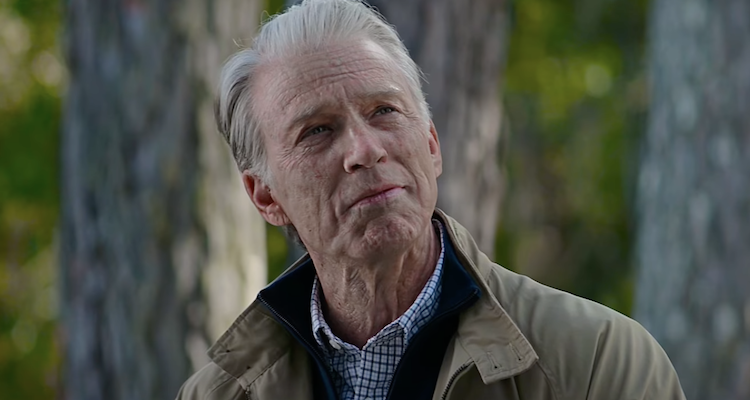 Now that I’ve set the stage, here are 10 actors and the characters they should be playing in comic book movies. 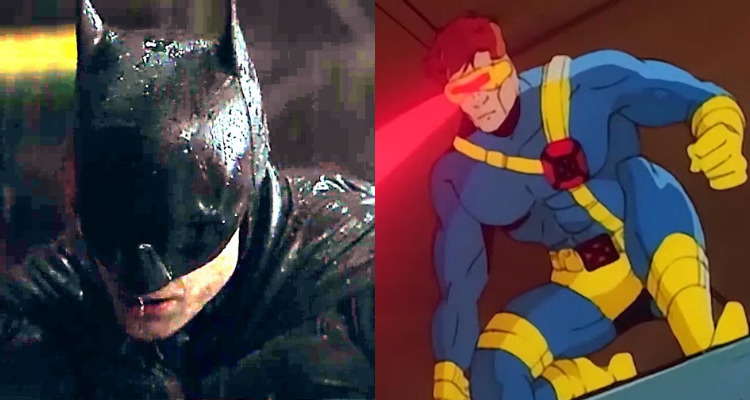 Related: Alleged Warner Bros. Insider Debunks Rumors of Conflict Between Robert Pattinson and Matt Reeves On Set Of The Batman, Says The Two Will Work Together on Sequel

He is already in the can as Batman and Bruce Wayne but all during the production we heard the salacious, grainy, and salty rumors that Robert Pattinson had trouble bulking up to fit into the new suit. If true, this hypothetical problem could’ve been avoided if they let the lean Method actor play someone closer to his type while still taking advantage of his strengths.

For years, Pattinson has been playing either weird loners or guys with a messed-up family life. Even Edward Cullen fits that bill and that makes the actor playing him perfect for Bruce Wayne on paper.

However, accounts true and alleged demonstrate the English star is on the lazy side when it comes to getting in shape for a part. It could be that he can’t but, either way you slice it, you won’t build muscle if you don’t have the will. So, perhaps, Rob should’ve cut out the middleman – or the fat – and given Marvel a call to show interest in playing the leader of the X-Men who is as equally tragic, conflicted, and morose as Batman with similar family issues.

He won’t have to condition himself to look like he can stand a chance against Bane or Superman, and moreover, he can dig deep to bring his troubled gravitas to a character that for a long time, even at his best, boiled down to a two-dimensional boy scout. James Marsden and Tye Sheridan never really made old Four Eyes stand out the way he could. Robert Pattinson definitely would – and Scott needs that if he is to amount to anything in Marvel’s next Phases. 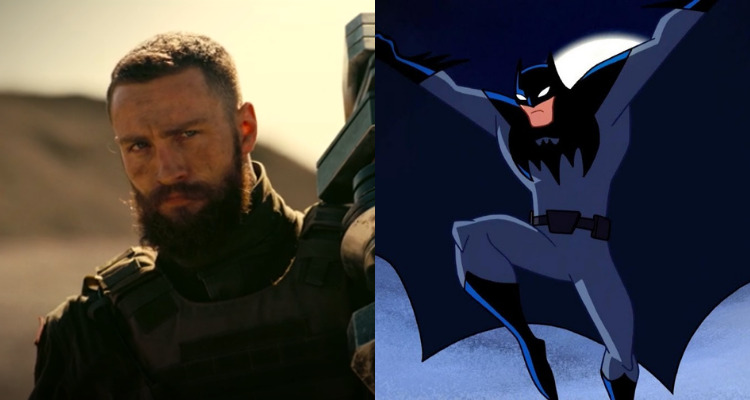 With Pattinson out hypothetically, that leaves a slot open for the next Batman and, staying within the general area of the London acting scene, you don’t have to look far for his replacement. Enter a Kick-Ass choice, Aaron Taylor-Johnson.

The Mark Millar graphic novel may be an awkward starting point when scouting for a Dark Knight, but I argue Johnson has outgrown that nerdy, callow phase of hero and turned into more of a badass. Since the 2010 release of the film adaptation, he’s routinely played soldiers daring enough to go into battle against kaiju in Godzilla and on suicide missions through time in Tenet.

Kraven The Hunter sounds like a bridge too far, at first, and so does the Caped Crusader – before you consider the above and see how ATJ switches easily from altruistically protecting a kid during a monster attack to sternly following orders and keeping them on a need-to-know basis while time bends around him.

Throw in the fact he’s a better fit for Bruce Wayne’s usual description (dark hair, blue eyes, physique) than the slimmer Pattinson, and you have the best template possible for a Batman. And, better yet, in his old co-star Chloe Grace Moretz you’d have a fitting Carrie Kelly Robin. Warner Bros.’s next movie? Done and done. 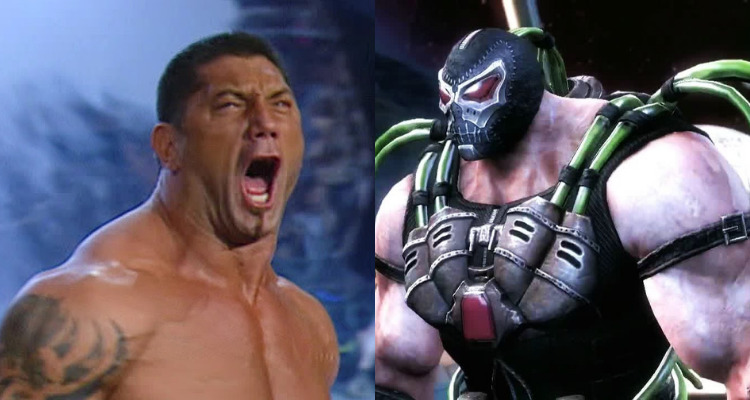 Source: WWE/Injustice: Gods Among Us, NetherRealm

But who would make the perfect match for a dynamic duo like that? You have to go with Batman’s most calculated and resourceful foe, Bane. Who will play him? Who better than Dave Bautista?

We’re admittedly getting predictable here but Bautista already has the endorsement of Bane’s creator Chuck Dixon, which is really all you need.

If that isn’t enough, the former wrestler is outright demanding the role, and why not when he has the right background plus the ability to step into virtually any part? He takes his craft seriously and is less likely than anyone to phone in The Man Who Broke the Bat. 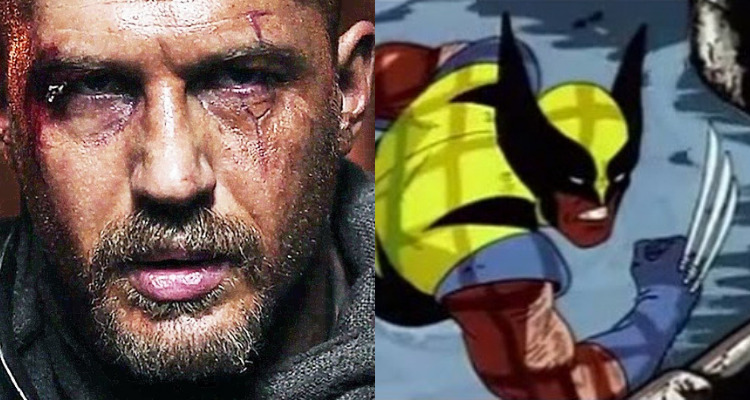 On the off chance Tom Hardy wants the role back, where does Bautista’s possible casting leave the last actor noteworthy for playing Bane? Hardy should take a cue from The Animal and answer the call to step into a part fans are dying for him to, another kind of animal in Wolverine.

With Hugh Jackman making good on sheathing the claws for good, few are the right age or in a position to bring the same brand of pathos and savagery that the Aussie did for two decades. Hardy not only could, but he also has the potential to take the berserker rage to 11, and don’t be surprised if he and whatever script he gets go full R to achieve that. 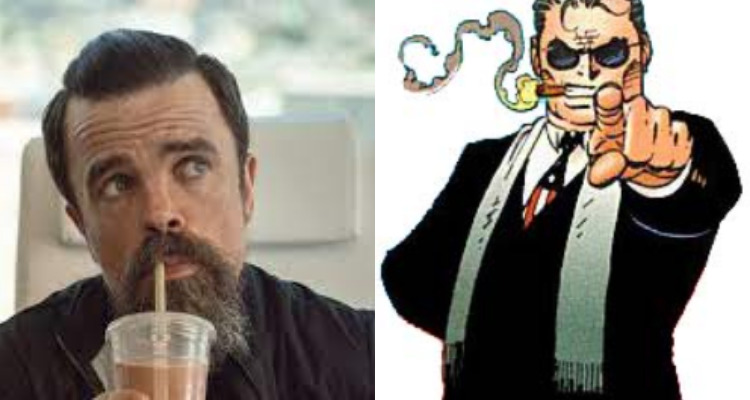 Dinklage wouldn’t lose his touch as Wolvie’s old teammate Puck but the versatile actor should broaden his horizons a little more. The best way to do it? Put the cosmic and science elements he tapped into at different times with Marvel and give him a Covert Action Team in another universe.

If and when Wildstorm is brought to the screen, big names will be required to pad its roster and you can start at the top. Leader and benefactor of the WildCATs, Jacob Marlow stands out as a rare diminutive Professor X-like figure Dinklage is made for as is.

Like the comics, a script for a movie based on the Half-Breed team could start with Marlow in a random out-of-place scenario and then scene by scene introduce aspects of him and his operation as he checks into the Halo Building. The nature of his life and mission unfurling, Dinklage would be well-served in playing him as a main or POV character for the audience that grounds the narrative and threads through the whole thing.

He doesn’t have to carry it all but he could, and the X-Men franchise gives him material to study on how to mentor a group of heroes. Or he can go directly to James McAvoy and Patrick Stewart for advice. 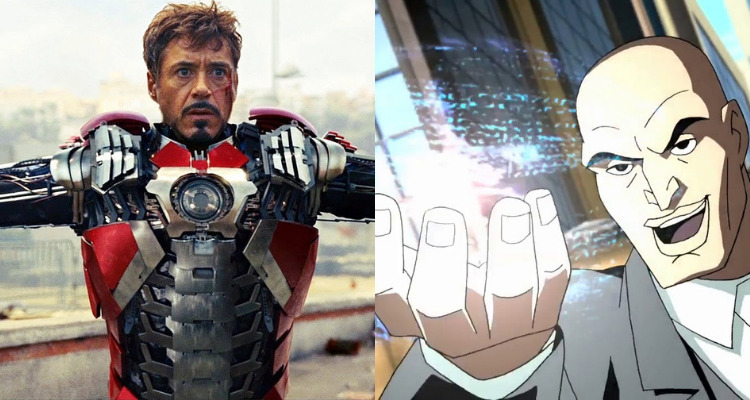 On the other side of the Marlow and Charles Xavier coin is a different chrome dome whose seat is already occupied, or was, but multiverses and paradoxes can justify an upgrade. And I can’t think of anyone better than Robert Downey, Jr., to call upon as a suitable trade for the “mid” and the “meh” Jesse Eisenberg.

Downey played a cocky and bipolar but mostly noble billionaire-industrialist Tony Stark to the bitter end. That sadly means we will probably never see him go to the dark side at Marvel and bring us Superior Iron Man or The Age of Stark. A surprise jump to the DCEU can fix that.

Once up for the part of Luthor in Superman: Flyby, it was not to be, though the prospect continues to tantalize us. As Lex, RDJ still gets to portray the smartest guy in the room, but this time would be able to break bad and breathe down Superman’s neck – preferably opposite Henry Cavill – worse than he did Cap’s. 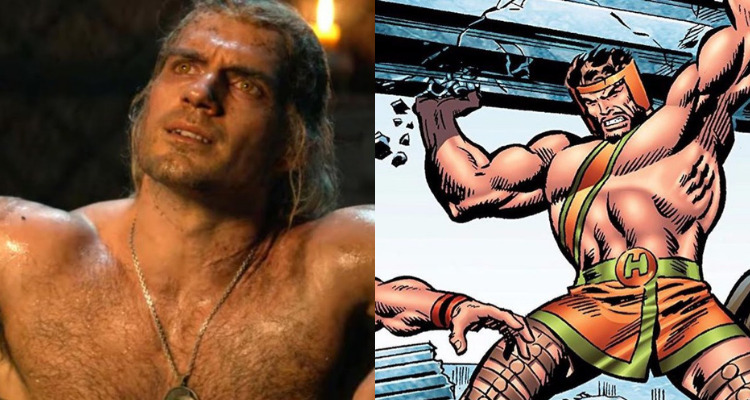 Related Rumor: Henry Cavill Met With Disney But Is Not Currently In Talks To Play Marvel’s Captain Britain

Since I mentioned Cavill, I should remind everyone of the speculation that he is weighing his options while Warner Bros. moves in strange directions with Superman in film. If he jumps ship, his best fit and smoothest transition might be another strongman with the power to carry the world on his shoulders. That would be Hercules, Son of Zeus.

For Herc, you need someone who looks the part, can get in the shape required, and have enough range to be a bit of a clown when needed. You know, the Marvel formula? Cavill has that covered and already played a legendary Greek hero in the 2011 film Immortals. And just think of how he’d deliver when bantering with Thor!

If he indeed had that secret meeting with Disney in London recently, and if Hercules is headed to the MCU soon, they might be working on this one. Stay tuned. 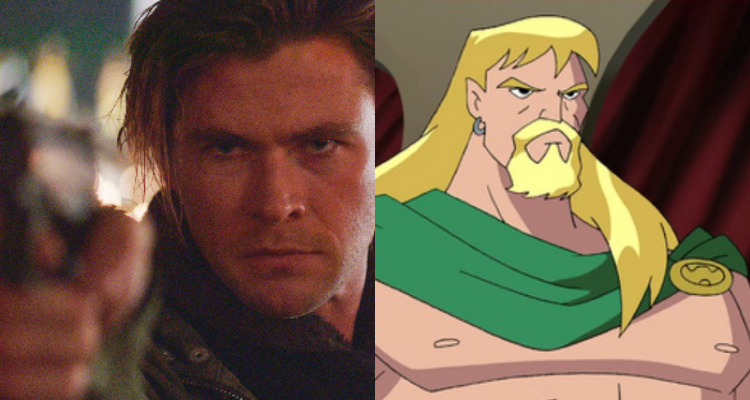 Onto Herc’s drinking buddy Thor, the guy that’s played him for a decade might need a reevaluation.

Chris Hemsworth does fine as the Asgardian god of thunder, but do you ever wonder if he missed his ship elsewhere? What if he waited a little longer? He could’ve had an equally golden opportunity, also playing the son of a king fighting for a throne?

Said throne would be under the sea and not out in space but it’s the same basic idea with tridents. Hemsworth is a good fit for Arthur Curry without changing anything about the character and would be a good alternate for Momoa if he doesn’t work out for some reason – not that I foresee a falling-out between him and Warner/DC. 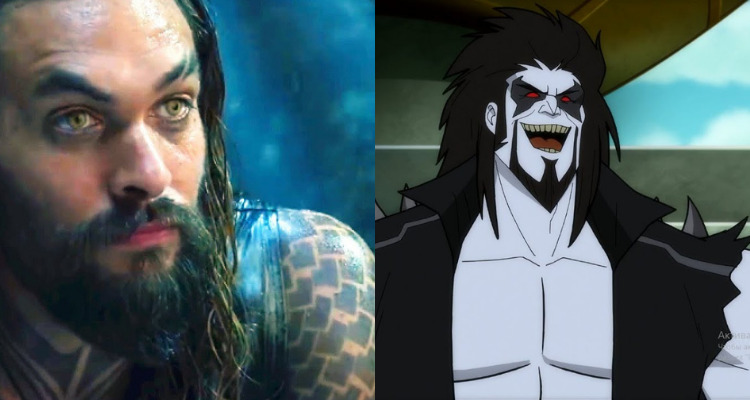 Not to be a dirty rat fragging geekwad, the worst that might happen is a step sideways on another Earth in the Multiverse.

And the way Jason Momoa plays Aquaman much of the time, drinking and hanging in bars, proves he’d have a knack for a certain interstellar bounty hunter who calls dive bars home and doesn’t play well with others.

Arguably, the DCEU’s Arthur Curry is Lobo in all but name. Momoa’s hair and beard make him the spitting image of the last Czarnian; then there’s that leather vest he wears here and there in Aquaman. Moreover, I buy him as the guy at the end of the bar at last call looking for a fight.

Like Hemsworth, had DC waited, they could’ve sold a pitch for Momoa as Lobo or written the unkillable space biker into Batman v Superman. 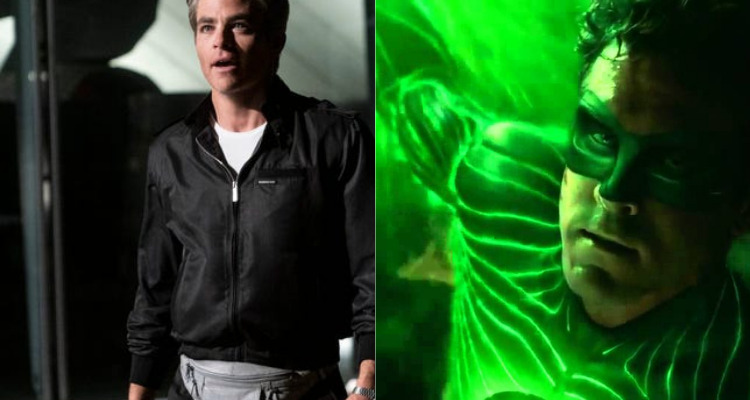 Jason Momoa isn’t the only DC actor playing the wrong part. Chris Pine might want to reconsider his future as Steve Trevor.

Hopefully, it’s over and done with but, nevertheless, Pine almost got it. He plays a pilot, just not the right one. His time as Captain Kirk should act as his audition for a Green Lantern: none other than top cop Hal Jordan.

Ryan Reynolds has his supporters despite his 2011 adventure’s flaws, but to breathe new life into the franchise somebody has to take it seriously, first. Pine can play Hal with a good blend of honor and stoicism that’ll keep both away from any unwanted or unwieldy antics.

The next Green Lantern doesn’t have to go to the bleak depths of Zack Snyder’s Justice League. However, it should avoid the tone of a typical Ryan Reynolds movie and – worse yet – Wonder Woman 1984.

Do you agree with the list? Who would you add and in what part? Tell us your reaction in the comments.