During a recent Women’s March for Reproduction Rights event, woke Hollywood actress and raging left-wing activist Alyssa Milano accused men of “successfully taking 50 years of rights away from women” based on the existence of laws that ban abortions.

“I’m tired, as a woman, I’m so tired of having to continually prove that my body is my own,” asserted the actress this past weekend. “I’m tired of needing to insist on having a say in my own reproductive health, and I am really f—ing tired of anyone else having a say in it.”

My speech at the #womensmarch2021. pic.twitter.com/ivfEcQAsPm

“I cannot believe how f—ed up America is right now,” the actress asserted. “And I can’t believe how a handful of men are successfully taking 50 years of rights away from women, and how a Supreme Court packed with abusers is just going to sit by and let it all f—ing happen.”

She further asked, “If you’re in a religion that oppresses women, have you confronted your clergy? How much money are you planning to give to Planned Parenthood? To NARAL? To the ERA Coalition? Or the Women’s Rights Action Fund? You need to take action and keep taking action until this is all fixed.” 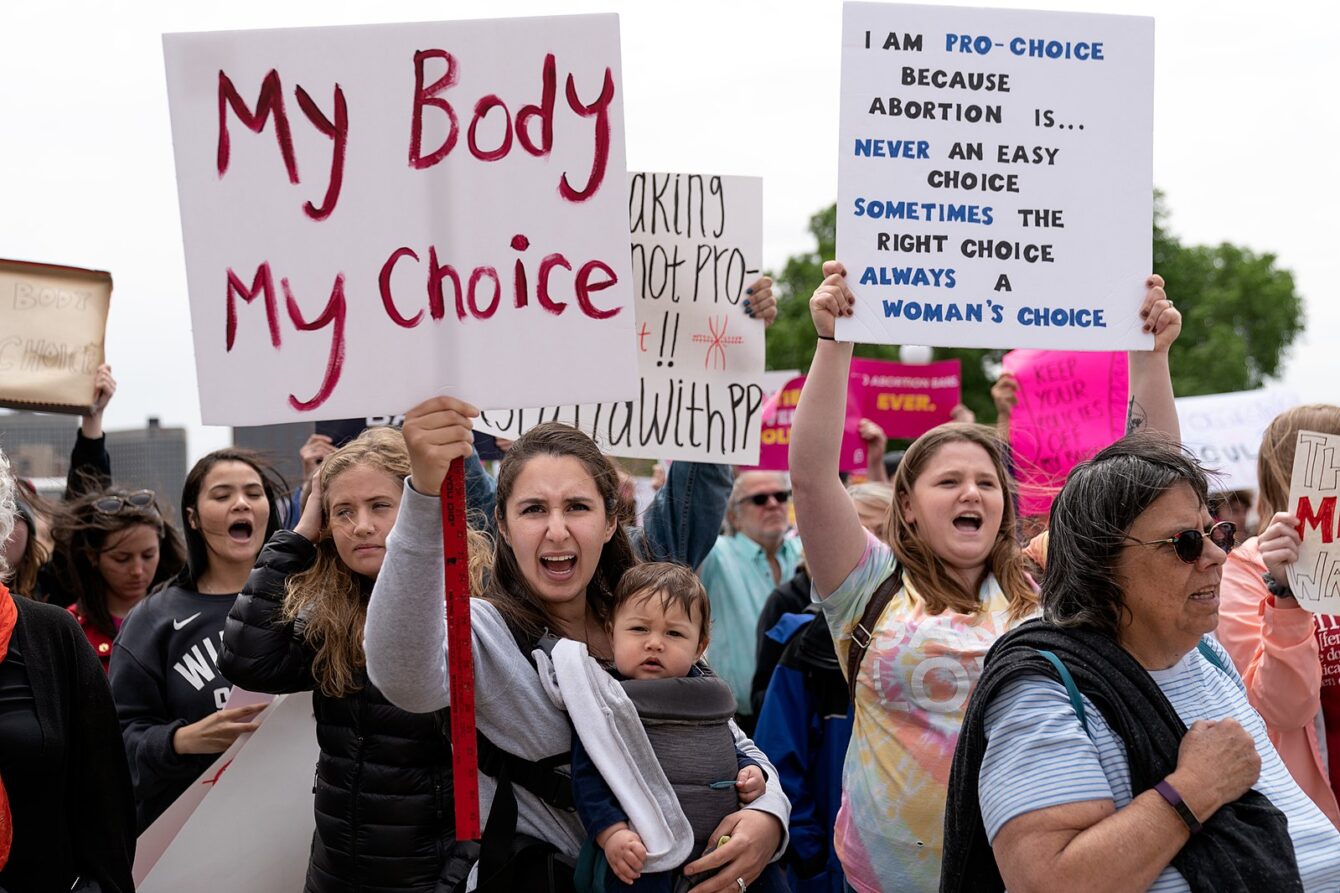 Related: Tripwire Games President John Gibson Steps Down After Being Denounced By Mainstream Video Game Industry For His Support Of Texas Heartbeat Act

Following her rant at the Women’s March for Reproduction Rights, the Charmed actress took to Twitter to provide what she believed to be a a fairly compelling reason as to why women may decide to go through a procedure to kill their unborn babies.

“Reason women get abortions…none of your business,” Milano eloquently wrote, before adding, “And— Go f—k yourself.” 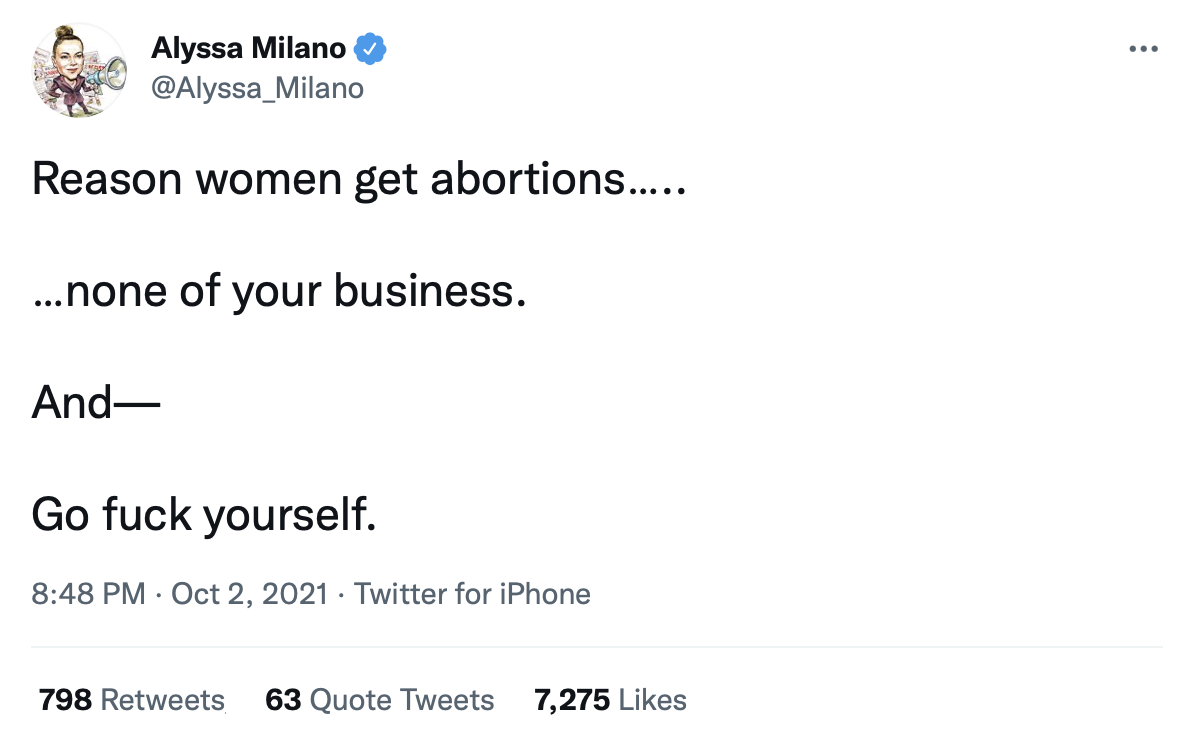 Last month, following the passing of the Texas Heartbeat Act (SB8), Milano tweeted, “Let’s stop calling it an anti-abortion law and call it what it really is—” alongside the #ForcedPregnancy hashtag.

Calling the Texas Heartbeat Act a “forced pregnancy” is a rather mellow analogy, especially when Alyssa Milano has previously referred to Texas Gov. Greg Abbott (R) as the leader of a ‘Texas Taliban’.

“Abbott and his Texas Taliban have shown over and over and over again that they don’t care about women, the poor, or people of color,” said Milano in an interview with In The Know columnist Judy Kurtz. “But they do care about money, above all else.”

To that end, the woke actress shared her belief that “the most effective ways we can break cycle of abuse of women by weak men in the Texas state government is to make life much less financially comfortable for the people and corporations that fund their campaigns.”

These are all quite hypocrite statements when we factor in Milano’s incessant push to get children vaccinated against the COVID-19 virus.

Just recently, the actress shared an article titled “The ‘Forever Virus’ Won’t Go Away Until Kids Get Vaccinated“, which proposed that kids under the age of 12 need to get vaccinated for the pandemic to end. 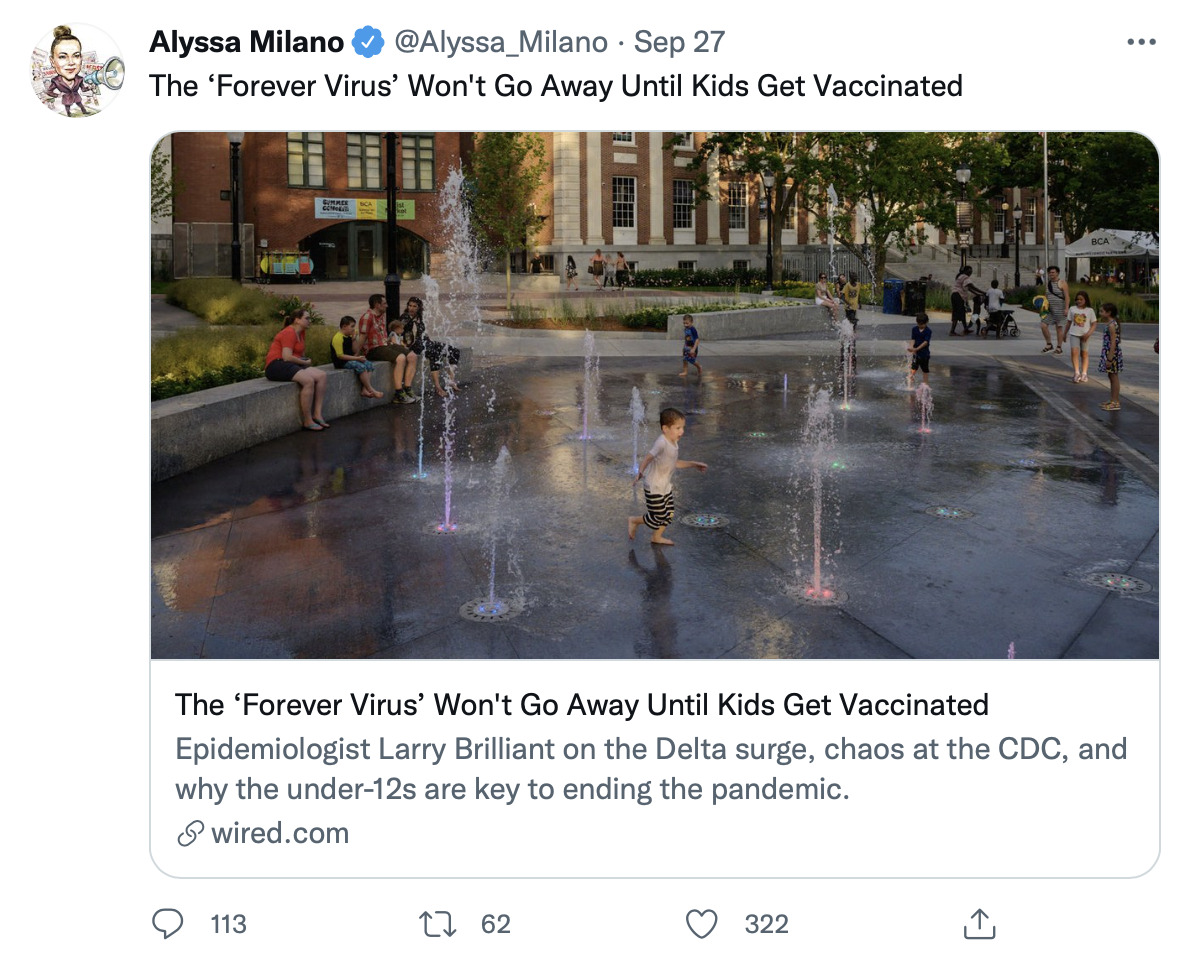 “This is a disease of the unvaccinated,” wrote Wired Editor-at-Large Steven Levy. “Right now a major source of people who are unvaccinated are the children.”

He added, “The vaccine hasn’t been approved for them, and in these hundreds of thousands of schools that have opened, all the kids up to age 12 can’t get vaccinated.”

It seems, according to Milano, that the “My body, my choice” motto only applies to women wanting to abort babies, but not children under 12 years of age.

Even more recently, the left-wing activist retweeted the news that Governor Gavin Newsom (D) had issued a mandate that will soon be requiring that eligible K-12 students get the coronavirus vaccine in the state of California. 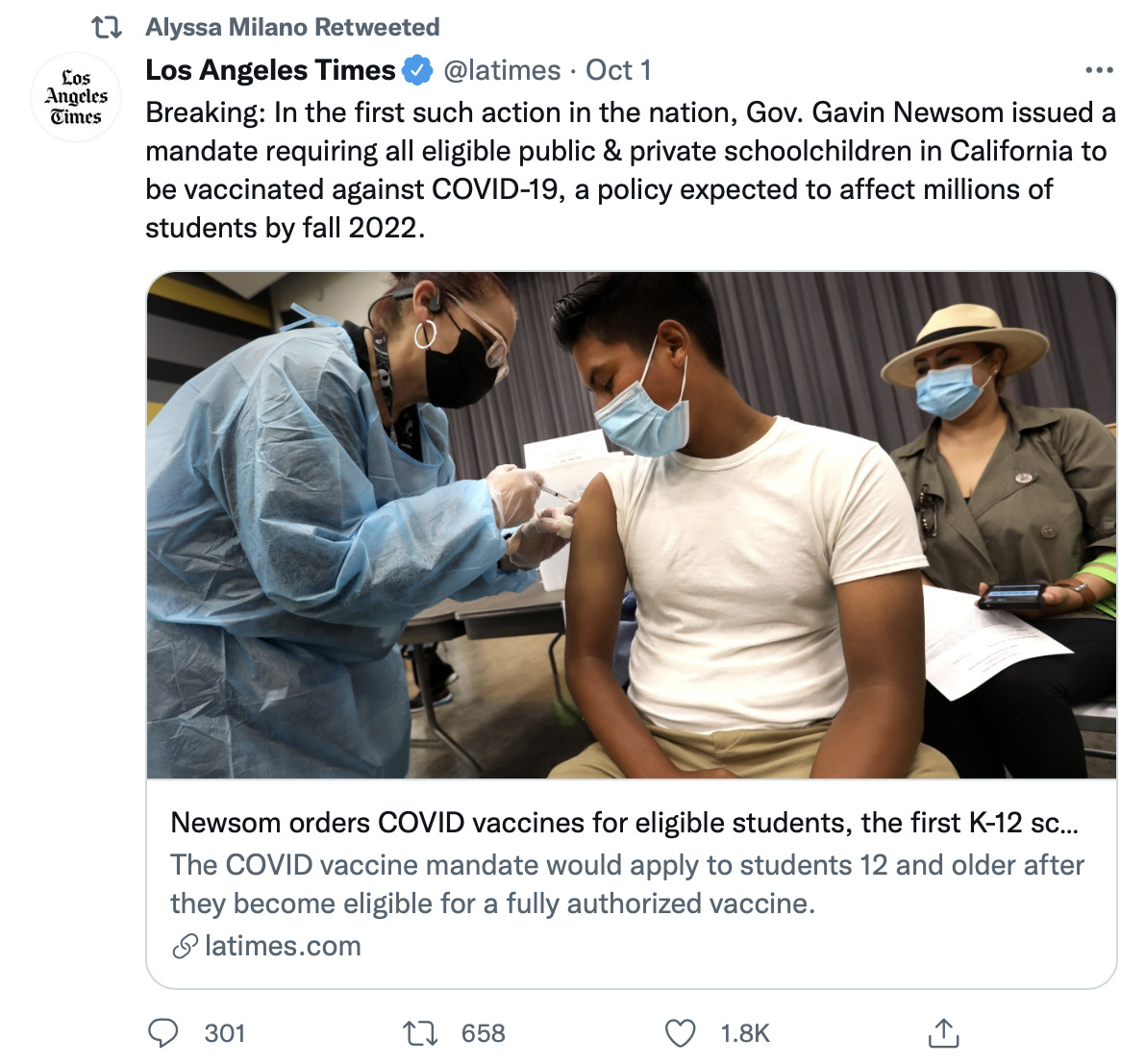 Related: Nicki Minaj Snaps At Journalist For Harassing Her Family In Trinidad Over COVID-19 Vaccine Comments: “B—h Your Days Are F—ing Numbered”

Further pushing for the government to make COVID-19 vaccination mandatory, Milano also disclosed that she was “over this pandemic,” stating, “I’m pissed that people are refusing to do the thing that’ll help us move through this chaos.” 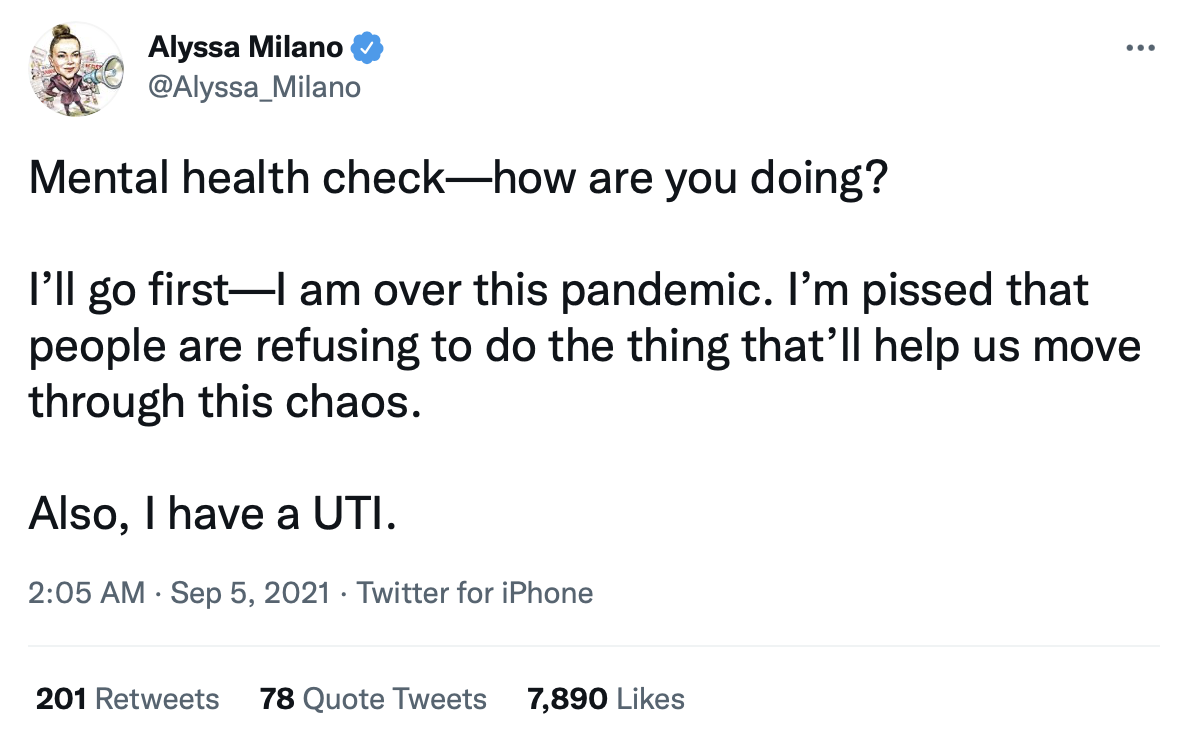 What do you make of Alyssa Milano’s rant claiming that men are taking away 50 years of women’s rights by enacting abortion bans? Let us know on social media or in the comments section down below!