Gina Carano has shared some new behind the scenes images from the set of Terror on the Prairie, her upcoming The Daily Wire-produced western which only began filming a couple of weeks ago. 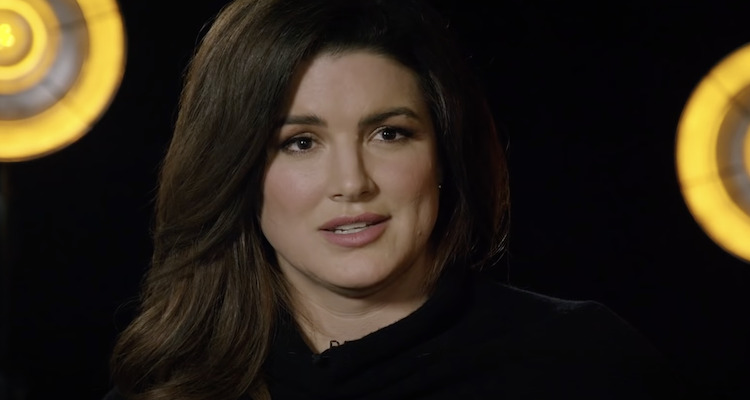 As per the information originally shared by The Daily Wire, Terror on the Prairie is a western film that tells the story of a “pioneer family living on the Great Plains on Montana who must fight for their lives against a gang of vicious outlaws.”

Carano has been in Montana since filming began for the film, and during her time in the American Mountain West, the actress has been taking some pictures of the set and its surrounding areas and sharing them to social media.

The most recent picture shared by the former The Mandalorian star sees Donald “Cowboy” Cerrone in his cowboy attire holding a New Original levergun by Henry Rifles, alongside a caption that reads, “1860 or 2021 @henry_rifles ‘Made in America or not Made at all.'”

Last week, Carano shared a picture with actress Samaire Armstrong, who has also been confirmed to star in Terror on the Prairie, in what seems to be one of the film’s sets in Montana.

Another Instagram post saw Carano riding a horse, in what we could only speculate was preparation for a scene in her upcoming western, captioned with nothing more than a single heart emoji used to convey how much she enjoyed her time on horseback.

Another picture of the actress riding a horse also gives us another look at the beautiful landscapes of Montana. The caption reads, “Who needs therapy when there are horses,” which reinforces the fact that she is having a great time.

Giving a shout-out to Terror on the Prairie wardrobe designer Fiona (@classicalfashion99), Carano shared a photo of the designer and wrote, “You meet people in this business who can’t help but shine..This is Fiona. I ❤️workin with your passion, heart & quirky sense of humor that could make me laugh at any moment.”

“She makes sure all of us look good in our outfits and adjusts so gratefully to any crisis…Sooo we put her in our movie and she got to design her own #wardrobe on herself,” Carano added. “Shoutout to all the rock stars in the wardrobe department.. you all are absolute magicians! I see you.”

Carano isn’t the only member of the cast that has been sharing behind the scenes pictures from the film, as co-stars Cerrone and Searcy have also shared some pictures that are very much worth checking out.

A fairly cinematic-looking picture was posted on Instagram by Cerrone, which gives us a look at his character on a horse, and simply captioned, “1873 Montana Territory.”

Searcy also shared an image of the upcoming western film, taking to Twitter to give us a look at his character riding a horse. 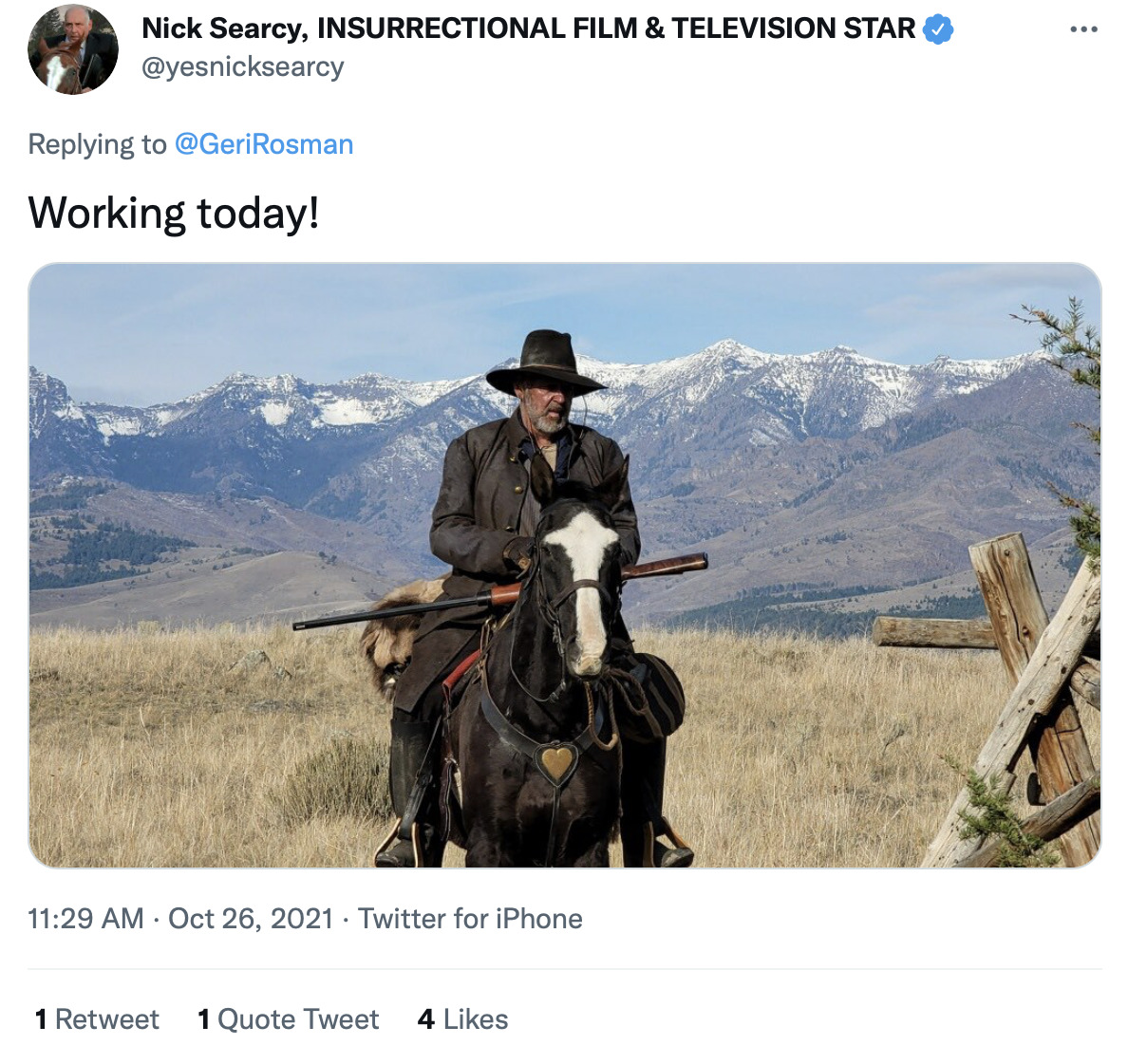 Last but not least, we have yet another image shared by Searcy, which sees Carano, Fischer and the renowned actor himself flipping the bird at the camera with a caption that reads “Cancel this.”

The image shared by Searcy originally comes from an Instagram story shared by Carano, and was likely made in allusion to the fact that all of them have been criticised, in one way or another, by the “tolerant” left, who often consider everything said that doesn’t align with their own woke mentality to be hate speech. 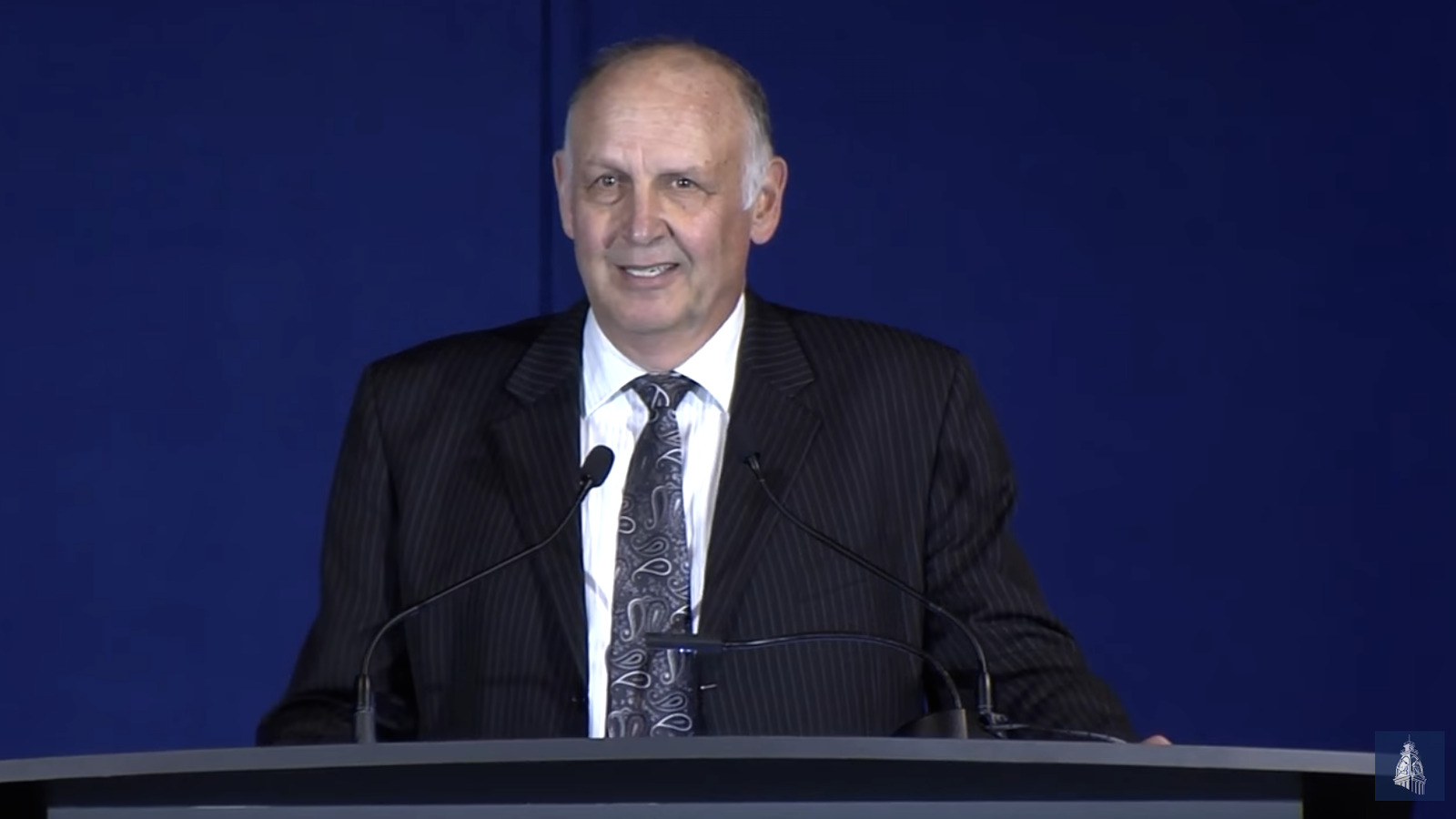 Searcy is one of the few Hollywood celebrities who unapologetically describes himself as a conservative, voted for Donald Trump, and has criticised the left on countless occasions, which is something that never sits well with the woke cancel mob.

Similarly, Fischer recently left the Democratic Party because it mainly consists of woke social justice warriors who have actually attempted to cancel him for his stand-up comedy routines.

And, of course, we all know about Disney firing Carano from The Mandalorian over the backlash to an image that was deemed as hate speech by woke snowflakes – though the real reason they tried to cancel her wasn’t the picture she showed or the analogy she made, but the conservative ideas she has expressed.

What do you make of the behind the scenes images from Terror on the Prairie shared by Carano, Searcy, and Cerrone? Let us know your thoughts in the comments section down below or on social media.