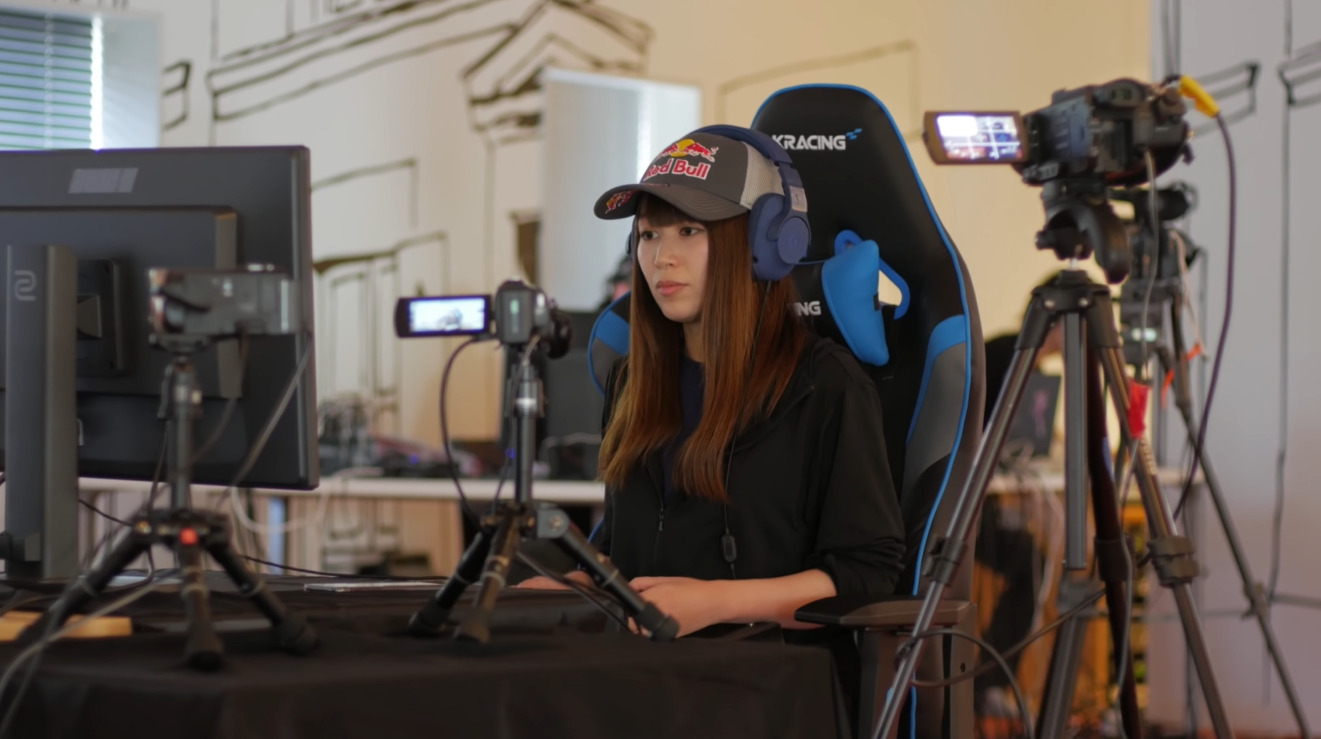 Source: What It’s Like to Be a Female Fighting Gamer [4k], Core-A Gaming

According to a report from Japanese news outlet J-Cast (machine translated via DeepL), during a stream on February 15th, Tanukana declared that “Men who are under 170 cm [just over 5.5 ft] don’t have human rights,” adding they should have bone-lengthening surgery to compensate for their lack of height.

As noted by Kotaku, the Japanese term for human rights – or ‘jinken’ (人権) – is also used in the region as a slang term for an in-game element, such as an item, character, or skill, desired by all players.

Even still, Tanukana’s comments would be akin to “short men don’t have what they need to succeed [in games].”

Tani’s statement was reportedly made during the retelling of a story wherein an Uber Eats delivery driver attempted to get her phone number, only for the Tekken Pro to reject him because of his height.

“I was really bothered by Uber,” Tanukana explained. “I don’t get many deliveries anymore, but when a young boy or something like that delivered a package, I went out to pick it up, and when I picked it up, he wouldn’t leave and kept mumbling in front of my house.” 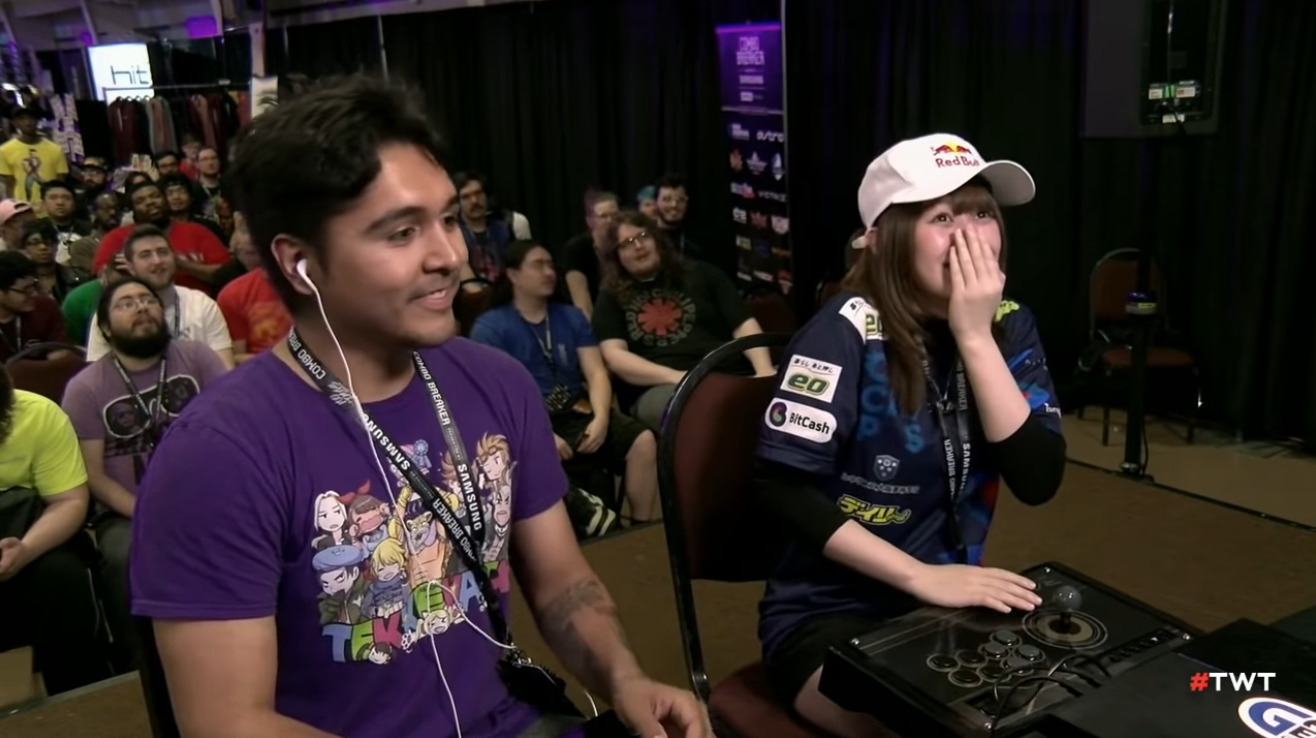 “Then the doorbell rang again, and when I answered it, he said, ‘Excuse me, can you give me your contact information?’ I was just terrified [恐怖 – fear, or less commonly dread or dismay],” Tanukana further recalled. “He knows where I live, so it’s tough. I don’t want them to start a fire or something by acting coldly.”

“He was short, maybe only 165 [centimetres],” she continued, repeating herself. “At that point, I was like, ‘I don’t think so.’ If he was tall and muscular, I might have given him my contact information.” 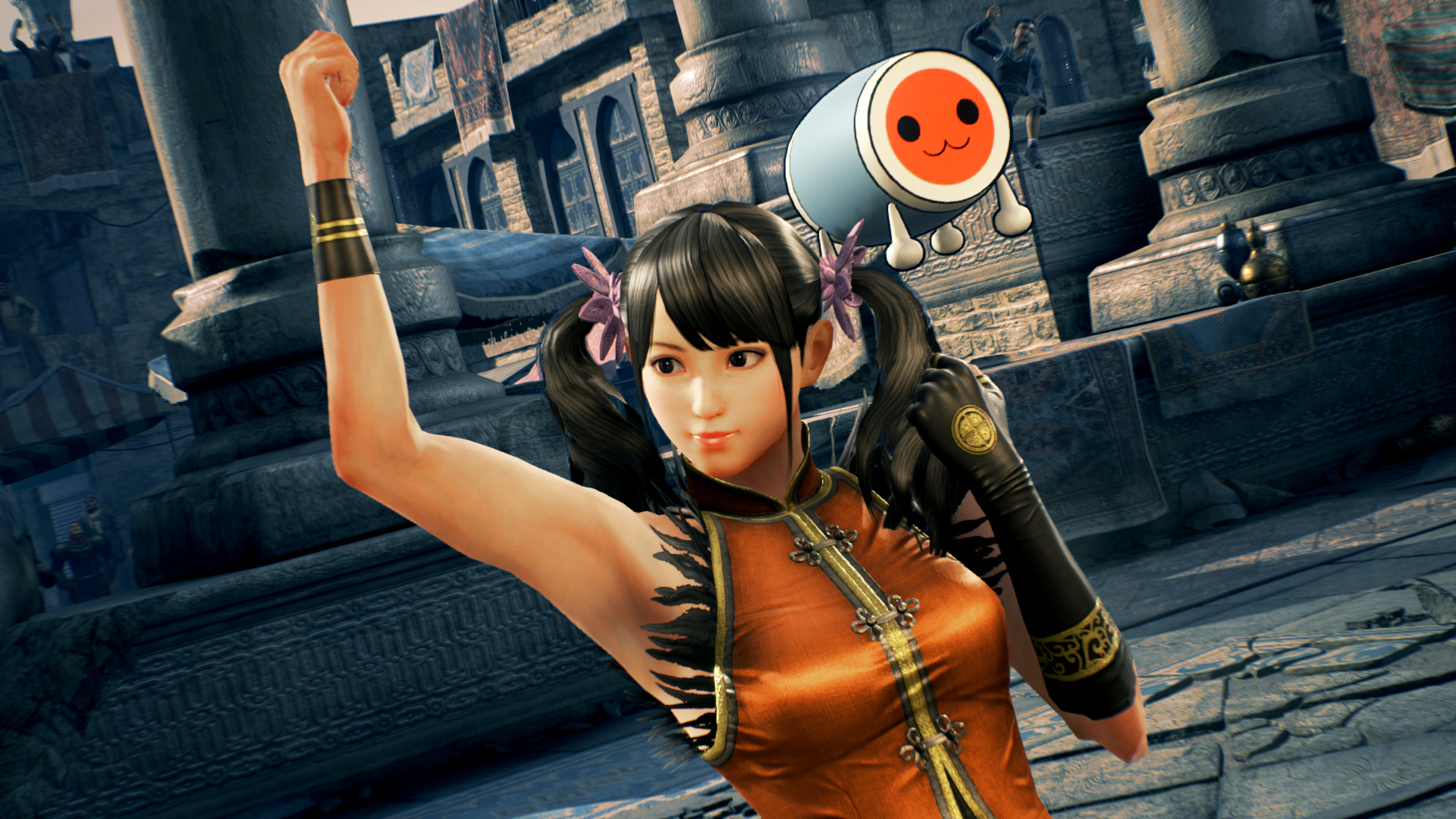 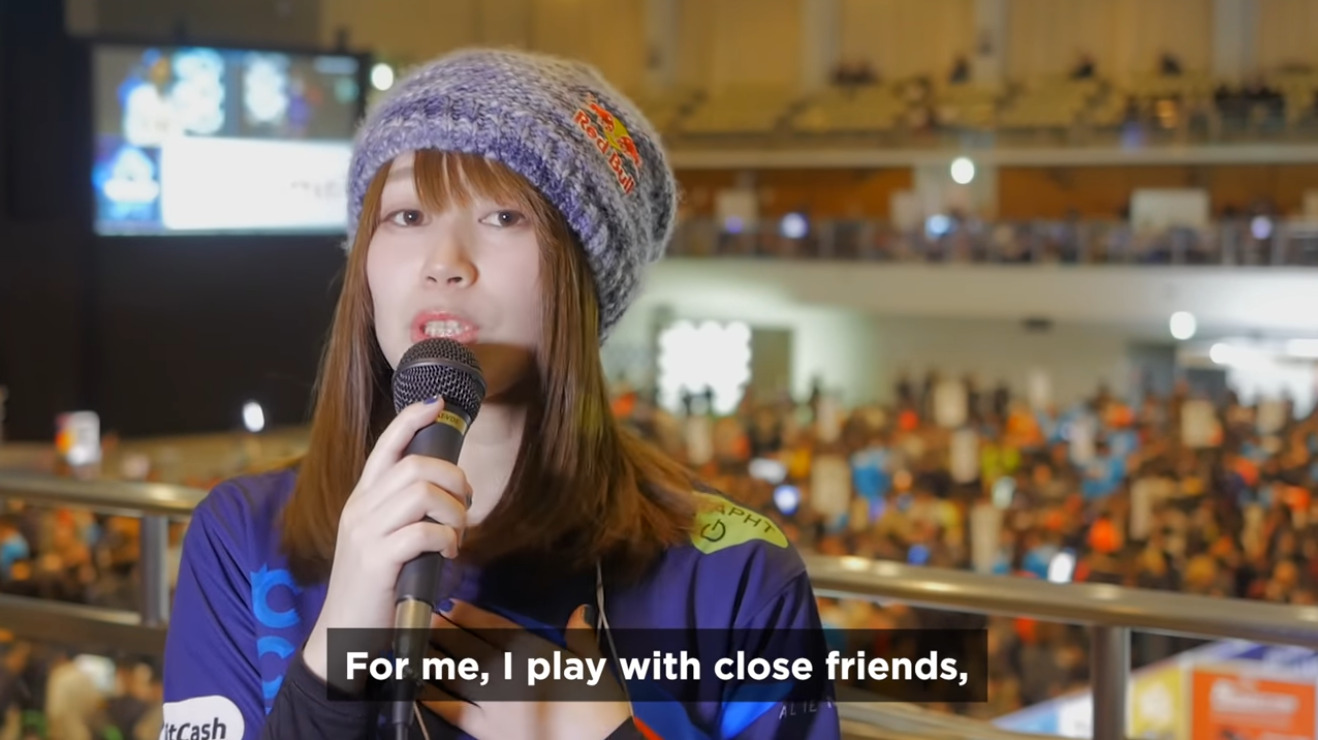 The pro player concluded by asserting, “I’m not good with little guys. But let me tell you something. I’m nice to fat guys and bald guys.”

A 2016 study by Healthline states that, on average, Japanese men are 170.8 cm in height. This average being only 5 cm taller than Tanukana’s ‘human rights’ threshold may explain why her comments caused such outrage in the Japanese press – with reports on the matter being published by such outlets as Nikkan Gendai, Tokyo Sports, Daily, Nico Nico, and ANN News – who branded her as “discriminatory.” 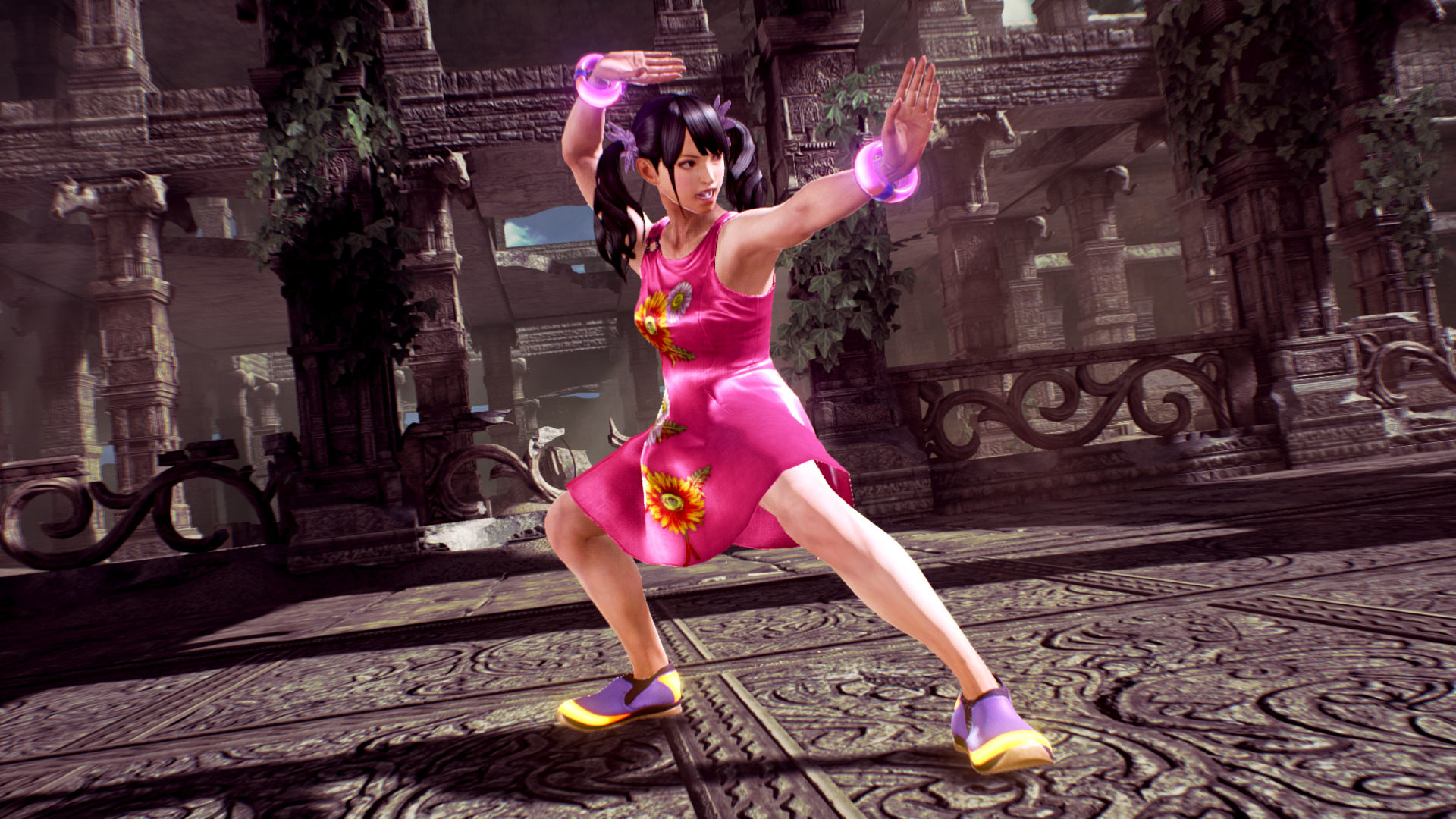 RELATED: Leftist Streamers Vaush And HasanAbi Banned From Twitch For Using ‘Cracker’ As A Slur Against White People

A few hours after the offending stream, Tanukana issued a now-deleted apology to her followers on Twitter, writing “It was pointed out that the content of my delivery was hate speech.”

“I didn’t mean it that way, but it seems that many people were offended by it, so I take it back,” she wrote, as translated by Google Translate. “I was just trying to say that I like tall people… I’m sorry my words got worse due to my usual delivery.” 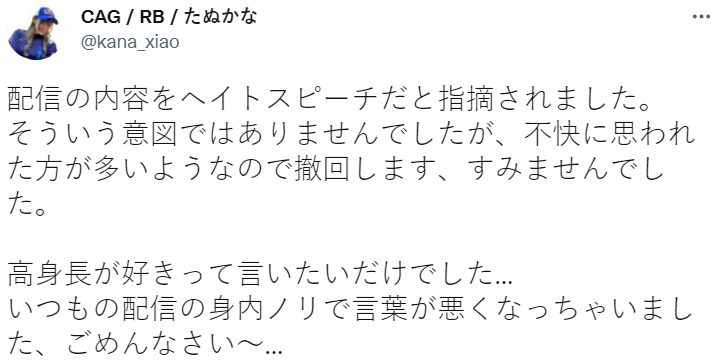 As backlash began to mount against Tanukana, she returned to Twitter the next day to issue another apology, this time addressed directly to one of her sponsors, Red Bull.

“I am very sorry to all the fans who support me on a daily basis, to all the sponsors such as Red Bull, and to my selfish remarks, which caused unpleasant feelings and a great deal of inconvenience,” she wrote.

“I take it seriously that my remarks during the delivery are unacceptable and that my lack of awareness has led to it,” Tanukana said. “There is no excuse for disappointing you in this matter.”

She ultimately asserted, “As a professional esports player and as a member of society, I deeply regret and apologize for betraying you.”

However, just one day later on February 17th, esports team CYCLOPS Athlete Gaming released statement (machine translated by DeepL) announcing that, in light of her comments, Tanukana had been dropped from their roster.

“We would like to express our sincere apologies to all the fans, sponsors, and related parties for the inconvenience and concern caused by the inappropriate comments made by ‘Tanukana’, a member of ‘CYCLOPS athlete gaming,'” the team wrote. “We would like to express our deepest apologies for any inconvenience and concern caused to our fans, sponsors, and other related parties.” 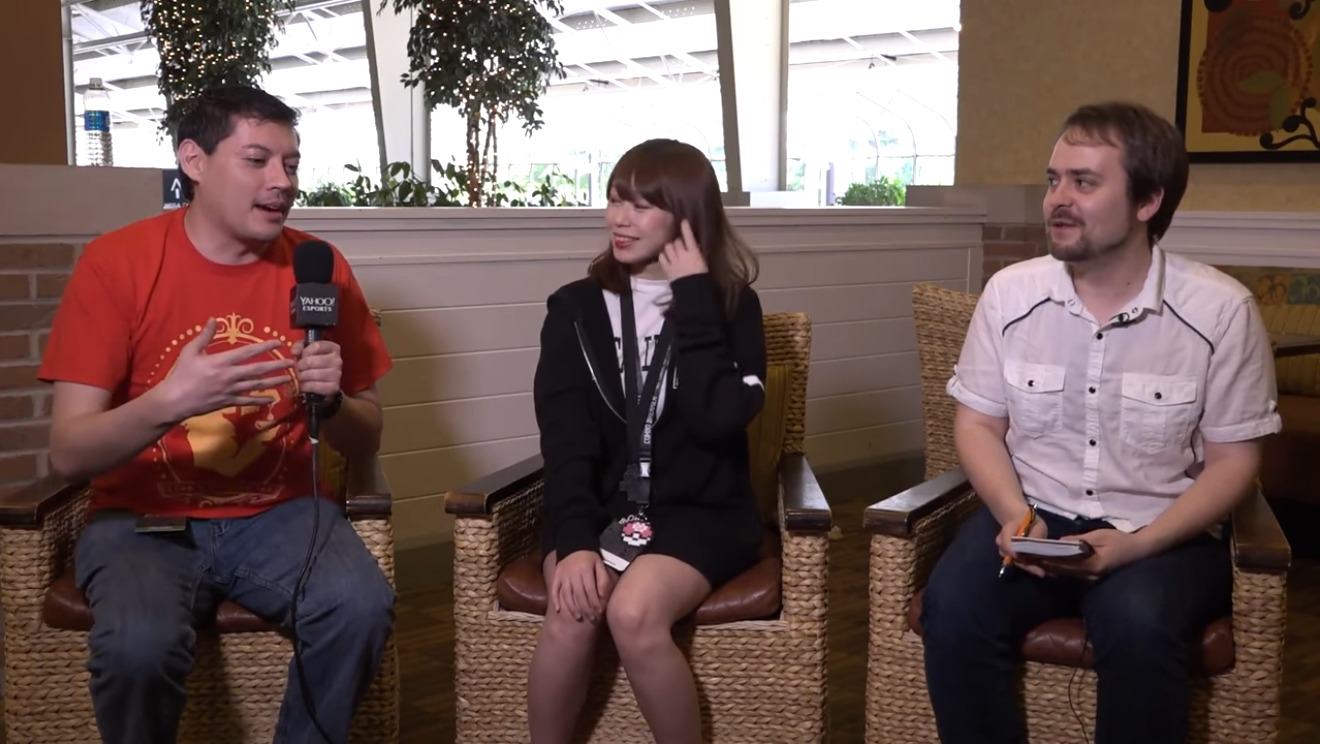 “As of February 17, 2022, the company will terminate the player contract with ‘Tanukana’, a member of ‘CYCLOPS athlete gaming’,” they continued. “Tanukana’s inappropriate comments and stance during the game on February 15, 2022 were unacceptable to us, and we have decided to terminate her contract.”

“We recognize that any discriminatory or insulting behavior, words or actions, or comments made on social networking sites are unacceptable, and we value diversity for all people,” CYCLOPS concluded. “We will strengthen our management system, including the education and guidance of our players, and thoroughly prevent any recurrence.”

Users on social media further alleged that, during the stream, Tanukana made a number of other inappropriate comments.

As detailed by @Utyranto, these allegedly included such opinions as “women no bigger than A-cup should consider suicide,” “LGBT people are a group of mentally ill people,” “[the theory of sexual uniqueness] is way too dangerous,” and “depressed people and blacks can be cured if they stop being so selfish.” 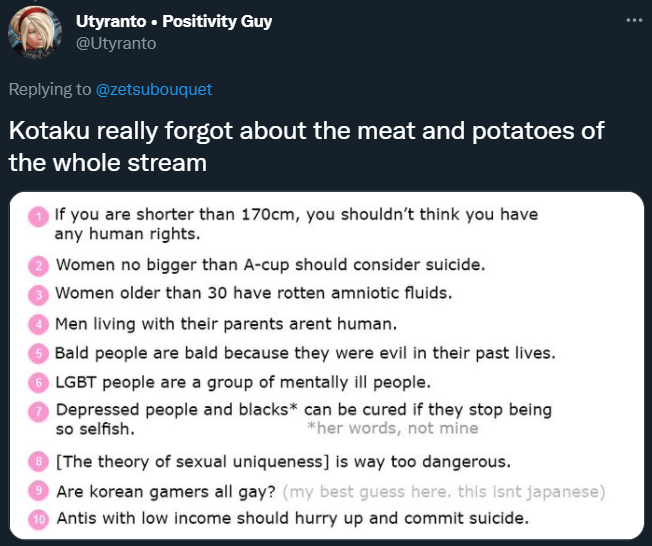 “Kotaku really forgot about the meat and potatoes of the whole stream” tweeted Utyranto.

However, even if the above comments were spoken by Tanukana, it’s unclear if they were made as crass jokes or out of blind anger. 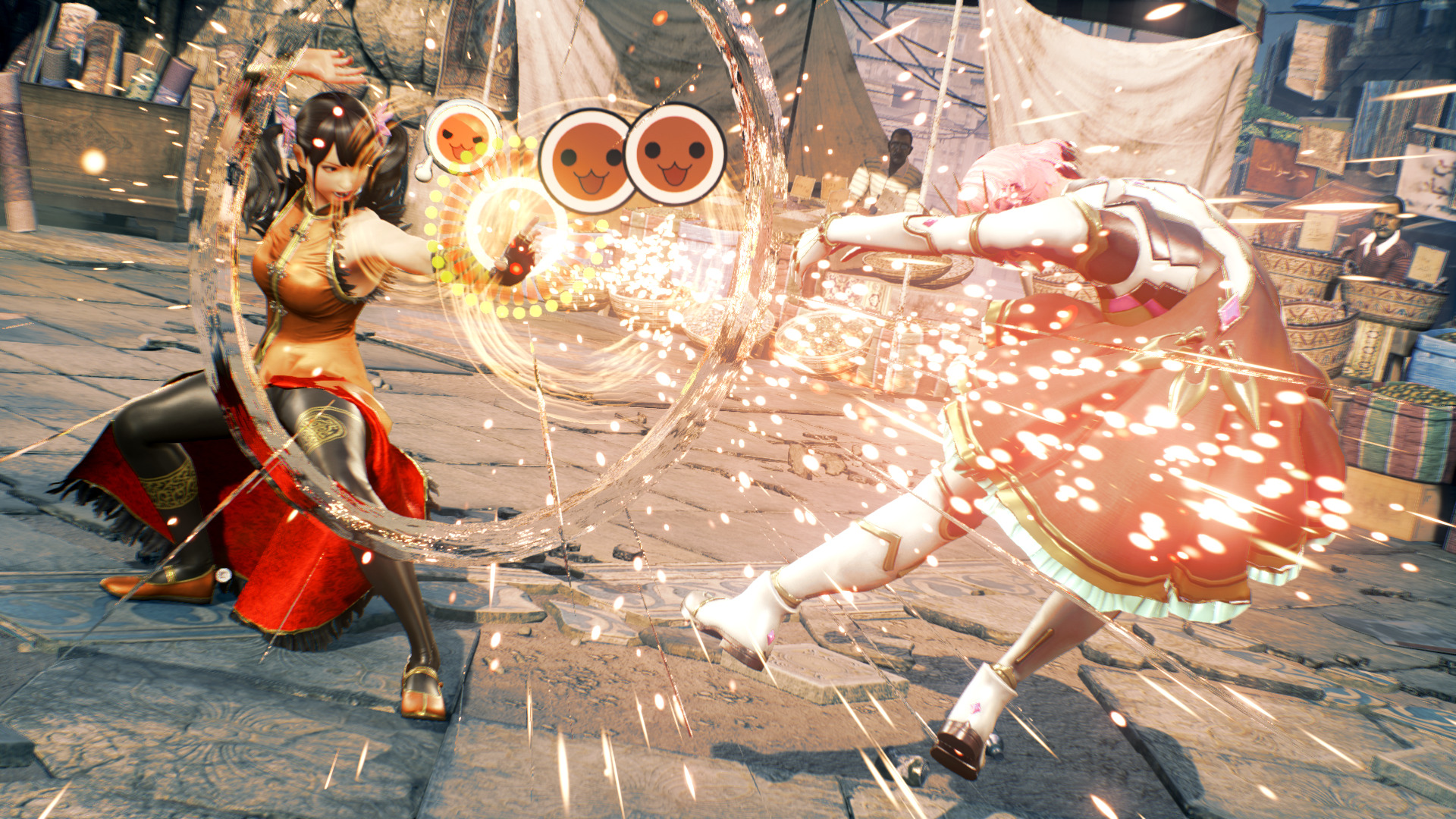 As word of Tanukana’s comments began to spread, members of both the press and public pointed out that this was far from the first time the pro player had uttered such controversial statements.

My Game News Flash reports that in a 2020 stream, Tanukana responded to someone who told her to “Get out of my life [or the world] you ugly b—h” by inviting them to “kill themselves,” adding that the supposed troll was “the trashiest trash of society.” 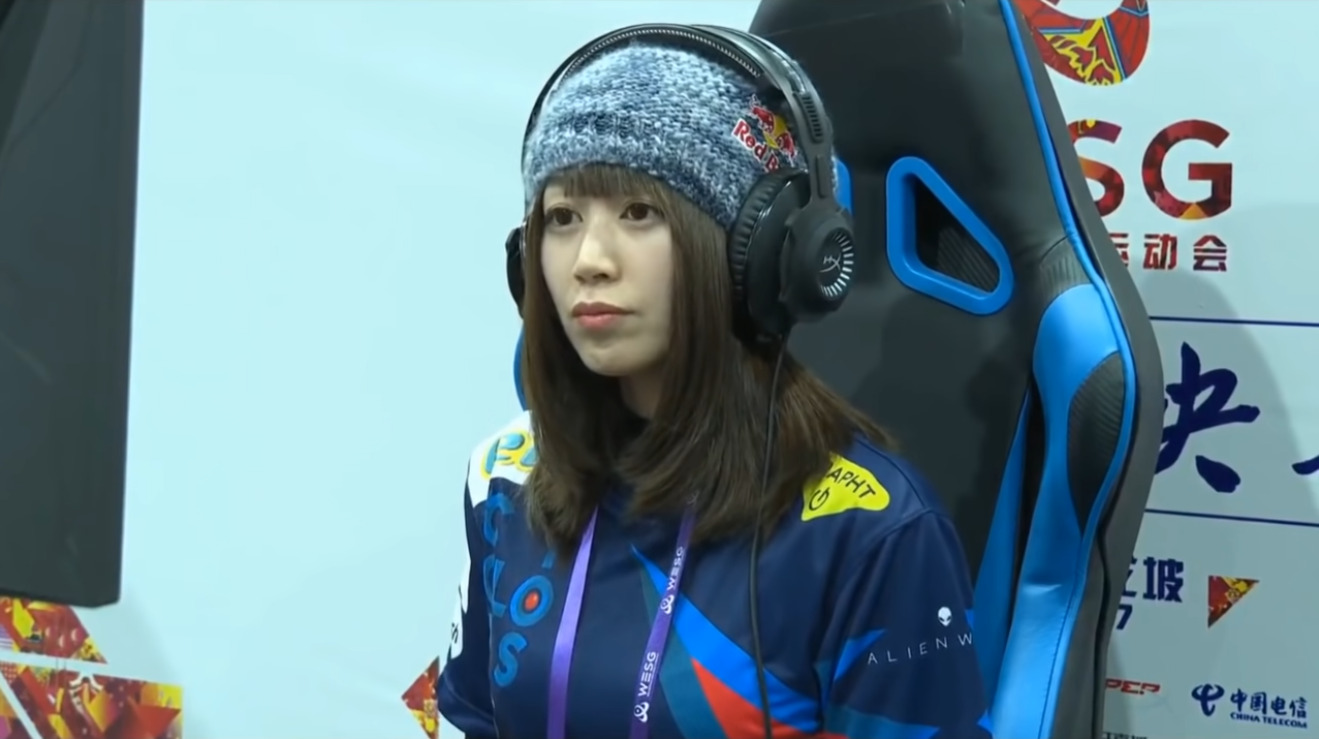 Tanukana also accused the individual of both living off of their parents and being jealous that she made more money than him by playing video games.

“You’re looking at me like you’re jealous, aren’t you?” she wrote. “I know. Your game is weaker than mine, your face is dirty, and you don’t deserve to live. In any case, you’re a low-income earner, maybe not even a full-time employee, a piece of trash in society. I wonder if they’re chewing on their parents’ scales.” 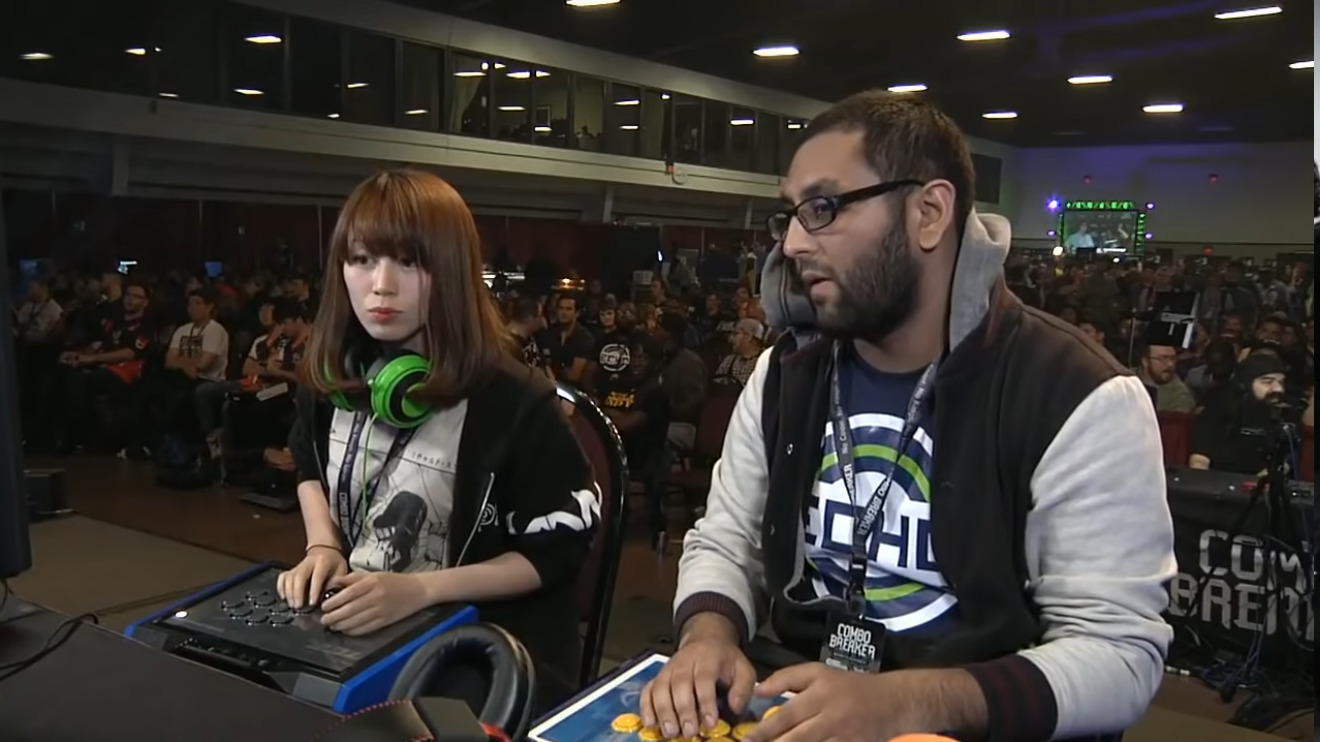 Though fans at the time were concerned that her comments would get her in trouble, Tanukana insisted that her words were justified by her heckler’s own aggression, even adding that she would cheer the troll on if he began threatening suicide.

“If it’s not okay, I’ll just get fired from the sponsorship,” she said. “That’s fine.” 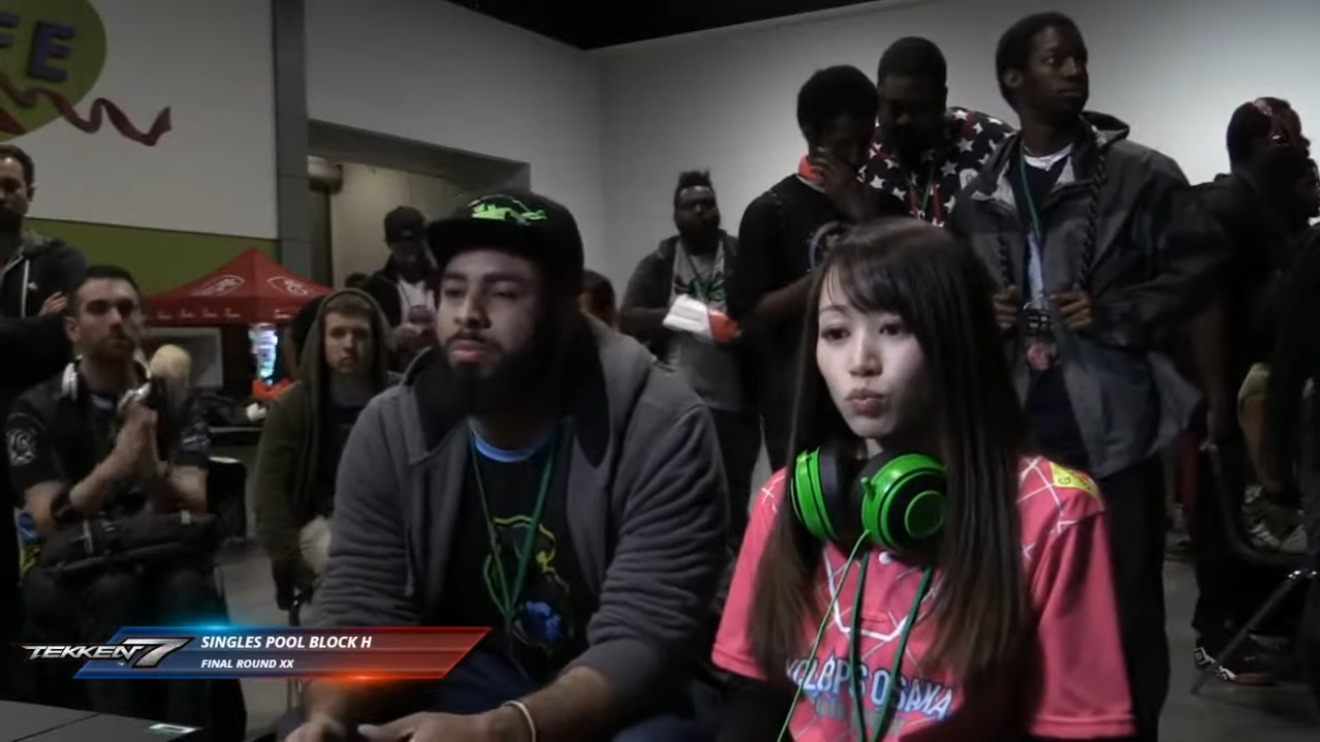 When others threatened to report what she had said to her sponsors, Tanukana stated “Please do. Please do whatever you want!”

“If I was going to get fired for something as simple as [telling someone to] commit suicide, I’d have been fired 80 times already,” she boasted. “I’ll be saying that all my life. It’s such a trivial thing. I’ll tell the sponsors.” 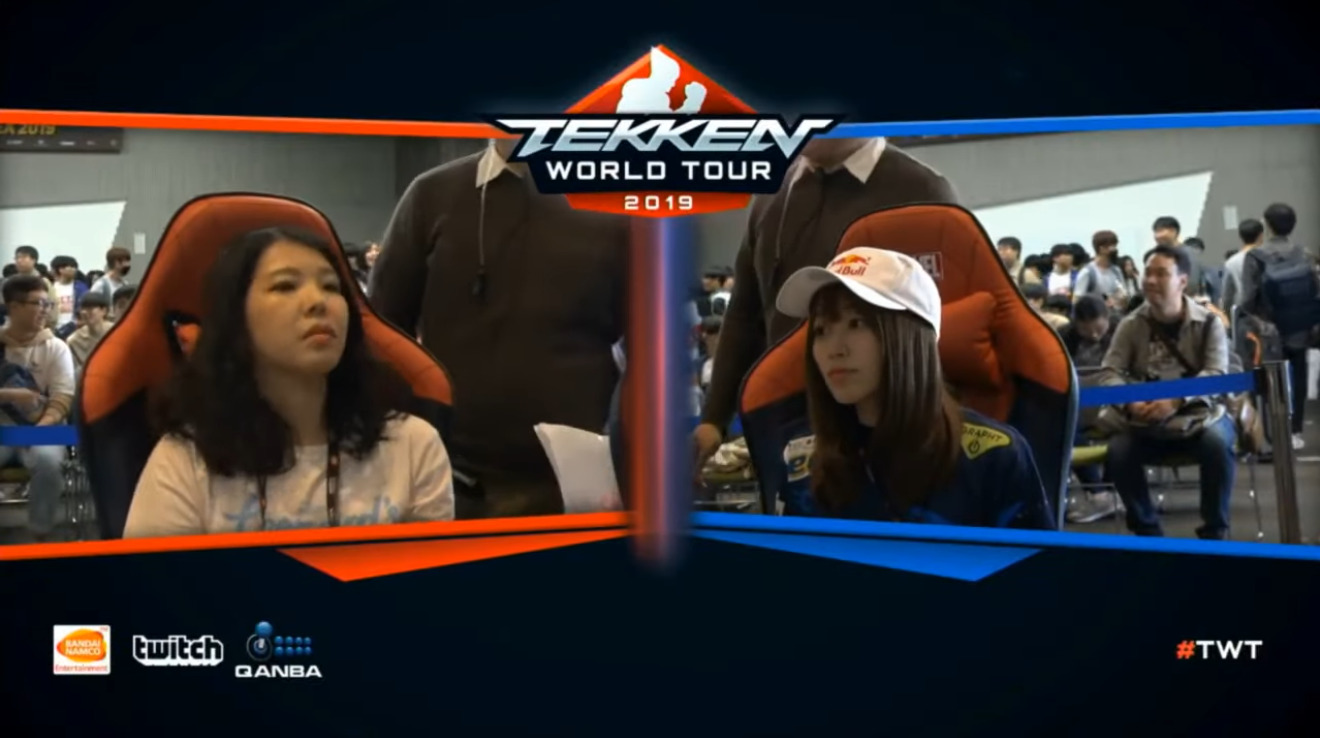 In 2018, the Japan Esports Union began issuing licenses to professional gamers in order to help the scene both overcome legal issues regarding prize money and be seen as a more serious endeavor.

In order to be licensed, players have to show competence in one of a number of multiplayer games, attend a brief training session, and take a written pledge to adhere to four tennents: “Self-awareness of being a professional, demonstrate sportsmanship when playing, be dedicated to outstanding results in JESU officially-recognized titles,” and “Contribute to the development of domestic esports”.

As such, Tanukana’s comments may be seen in violation of these values. 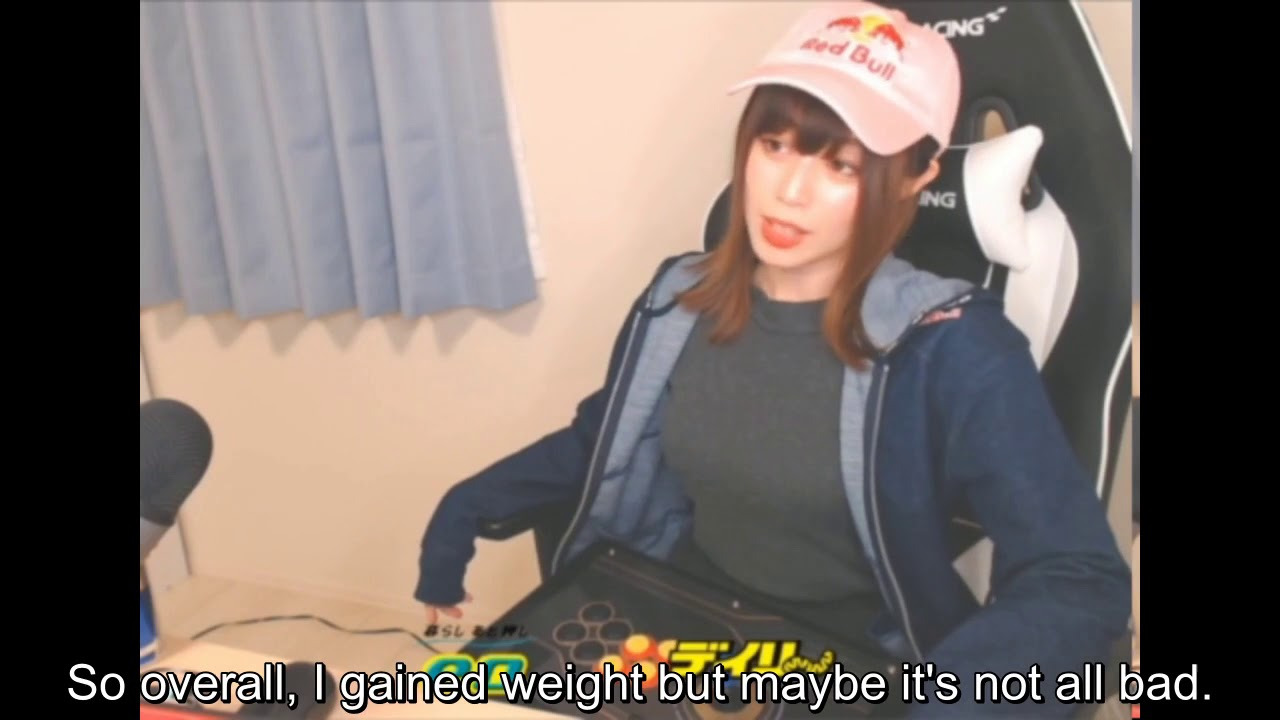 What do you think of Tanukana’s comments and her subsequent dropping from her now-former esports team? Let us know on social media and in the comments below.

NEXT: Pro Street Fighter Player Robson “Robinho” Oliveira Perma-Banned from All Capcom Events After Claiming To Have Organized Drunken Gang Rape Of Ex-Girlfriend