Breaking his silence for the first time since being accused of sexual misconduct on the set of and subsequently fired from Netflix’s The Fall of the House of Usher, actor Frank Langella has attributed that the loss of his job and the damage to his reputation to “the increasing madness” that is cancel culture. 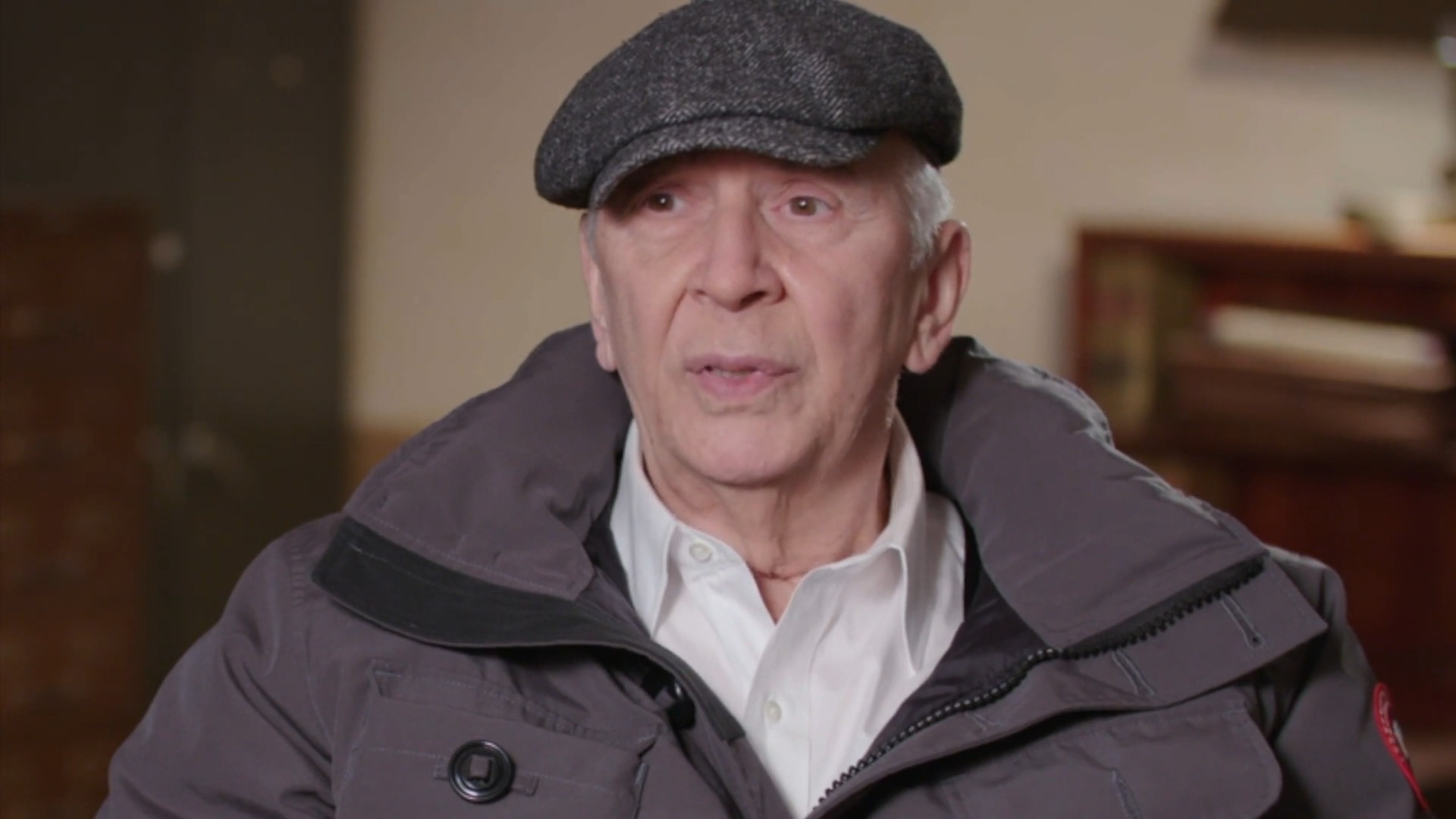 Source: Frank Langella: THE TRIAL OF THE CHICAGO 7 Interview, The Movie Times

RELATED: Quentin Tarantino Wishes He Had Done More To Stop Harvey Weinstein, Claims That “Everybody” Knew About The Producer’s Sexual Misconduct

A gothic horror miniseries inspired by the Edgar Allen Poe short story of the same name, The Fall of the House of Usher tells the story of Roderick Usher, an illness stricken man who slowly goes insane within the walls of his family home after believing them to be possessed by an almost sentient presence.

Known for his roles as Richard Nixon in Frost/Nixon, Zorro in The Mark of Zorro, and Skeletor in the 1987 live-action Masters of the Universe film, Langella was set to lead the series as Roderick himself. 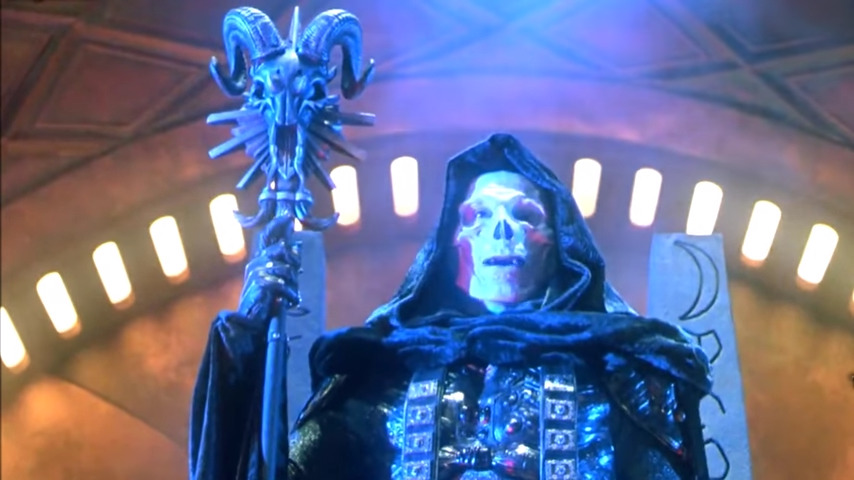 RELATED: Image Comics Denies Plans To Revive Fell, Confirms They Will Not Work With Warren Ellis “Until He Has Made Amends” With His Sexual Misconduct Accusers

However, his casting in the role would soon be put in jeopardy, as according to an April 12th report TMZ later confirmed by Deadline, Langella had found himself “under investigation for alleged sexual harassment on the set of a Netflix project.”

“A source close to production tells us the 84-year-old actor allegedly made an inappropriate joke that was sexual in nature,” explained the celebrity news source.

They further noted, “Our sources also say in the context of his performance, possibly during rehearsal, he touched the leg of a female costar, and further drew attention to the action when he jokingly said something like ‘Did you like that?’”

Moving quickly, sources within Netflix reported to Deadline the very next day that the company had not only completed their investigation, but ultimately determined that Langella “had been involved in unacceptable conduct on set.”

“As a result, a decision has been made to recast the role of Roderick Usher,” Deadline’s sources added, additionally confirming that all of Langella’s scenes will be reshot. 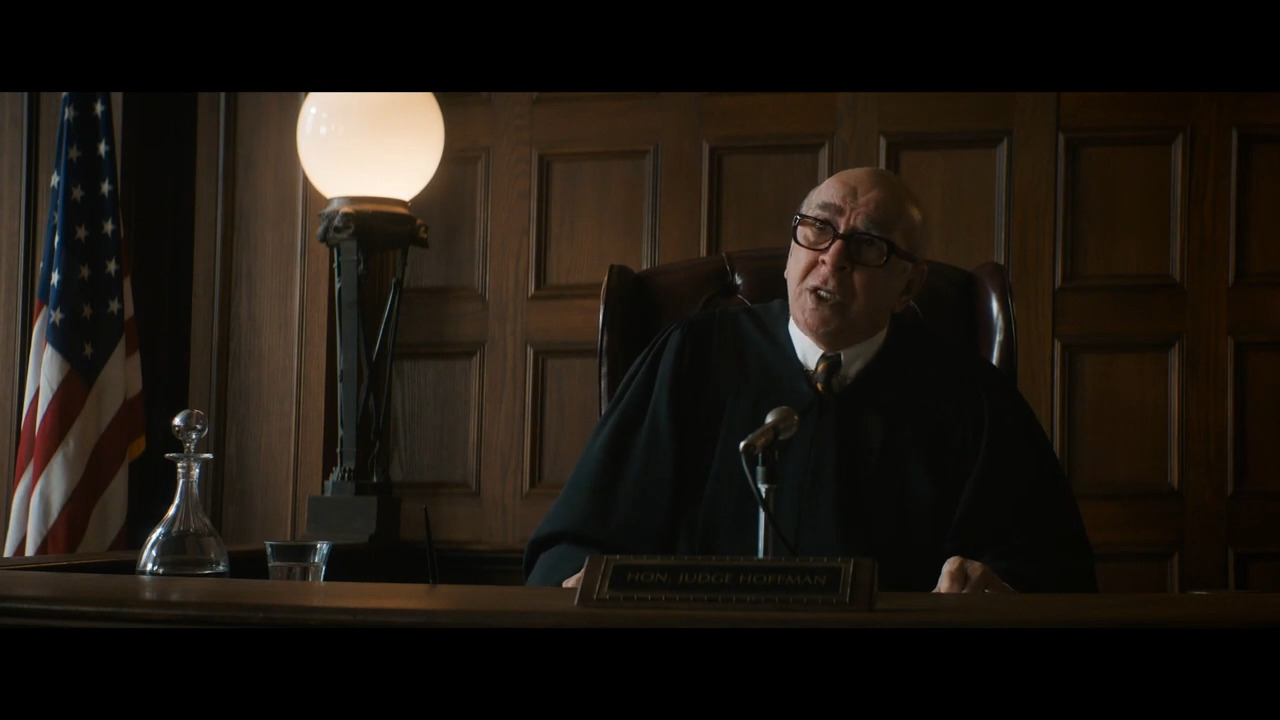 Though he initially maintained media silence in the weeks following his firing, on May 5th, Deadline published a lengthy statement on the matter from Langella, who decisively opened his response, “I have been canceled. Just like that.”

“In the increasing madness that currently pervades our industry, I could not have imagined that the words ‘collateral damage’ would fall upon my shoulders,” wrote the actor. “They have brought with them a weight I had not expected to bear in the closing decades of my career. And along with it has come an unanticipated sense of grave danger.” 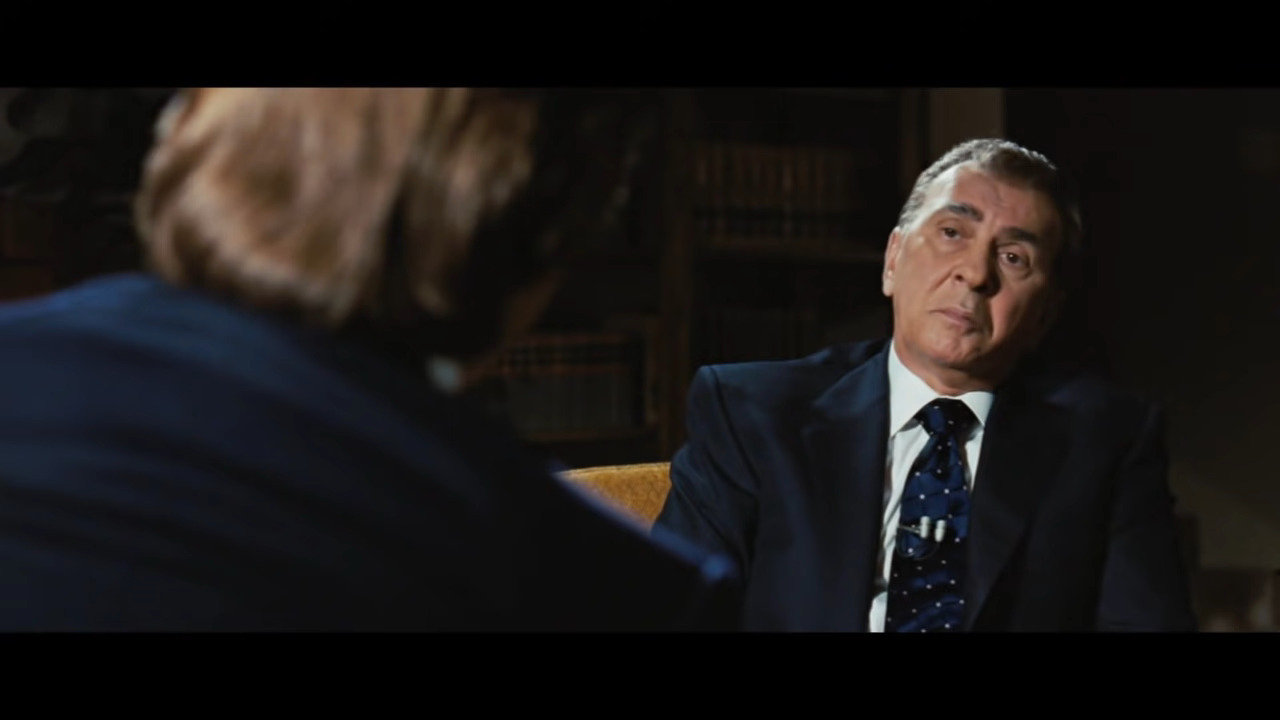 He then recalled, “On April 14 of this year, I was fired by Netflix for what they determined to be unacceptable behavior on set. My first instinct was to blame. To lash out and seek vengeance. I interviewed crisis managers, tough connected lawyers, the professionally sympathetic at $800 per hour.” 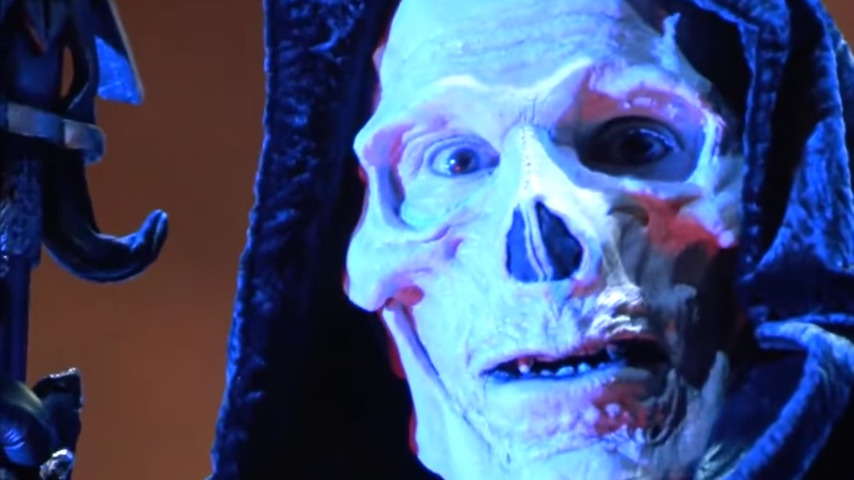 “I was playing the leading role of Roderick Usher in Edgar Allan Poe’s classic The Fall of the House of Usher, modernized as an eight-episode series for Netflix,” he detailed. “It is a glorious role, and I had come to regard it as, most likely, my last hurrah. Bizarrely prophetic under the current circumstances.”

Turning to one of the alleged events that resulted in a misconduct accusation against him, Langella explained, “On March 25 of this year, I was performing a love scene with the actress playing my young wife. Both of us were fully clothed. I was sitting on a couch, she was standing in front of me.” 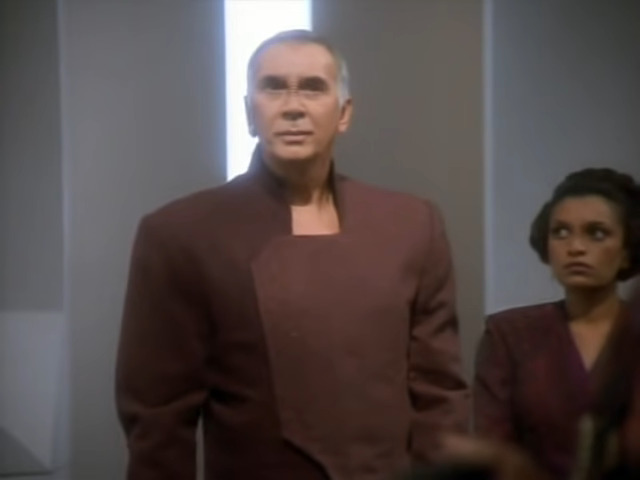 The actor asserted, “‘The director called ‘cut.’ ‘He touched my leg,’ said the actress ‘That was not in the blocking.’ She then turned and walked off the set, followed by the director and the intimacy coordinator. I attempted to follow but was asked to ‘give her some space.’ I waited for approximately one hour, and was then told she was not returning to set and we were wrapped.”

“Not long after, an investigation began,” he elaborated. “Approximately one week later, Human Resources asked to speak to me by phone. ‘Before the love scene began on March 25,’ said the questioner, ‘our intimacy coordinator suggested where you both should put your hands. It has been brought to our attention that you said, ‘This is absurd!’ ‘Yes,’ I said, ‘I did. And I still think so.’” 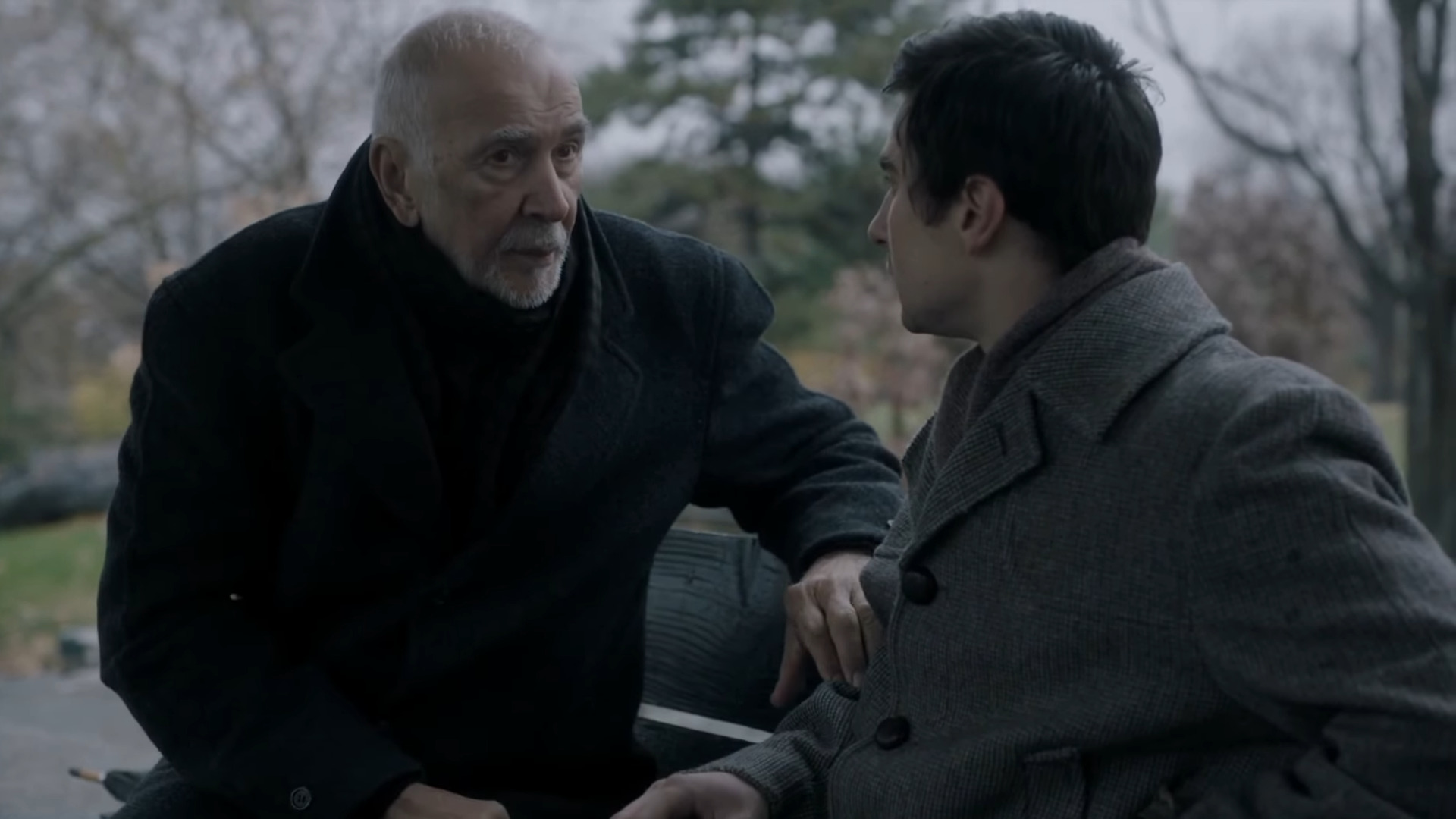 “It was a love scene on camera. Legislating the placement of hands, to my mind, is ludicrous. It undermines instinct and spontaneity,” Langella affirmed. “Toward the end of our conversation, she suggested that I not contact the young lady, the intimacy coordinator, or anyone else in the company.”

“‘We don’t want to risk retaliation,’ she said,” recalled the actor. “When I mentioned that it was certainly not my intention to … she cut me off politely and said: ‘Intention is not our concern. Netflix deals only with impact.’” 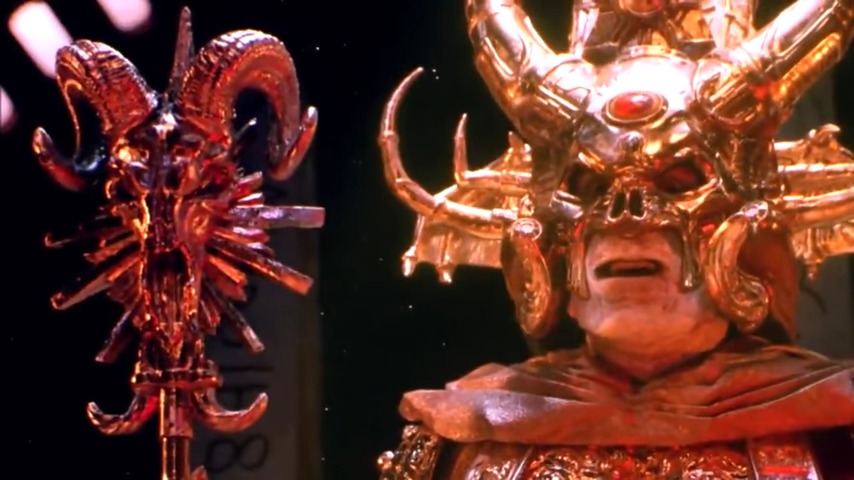 “When you are the leading actor, it requires, in my opinion, that you set an example by keeping the atmosphere light and friendly,” Langella wrote. “Nevertheless, these were some of the allegations: 1. ‘He told an off-color joke.’ 2. ‘Sometimes he called me ‘baby’ or ‘honey.’’ 3. ‘He’d give me a hug or touch my shoulder.’” 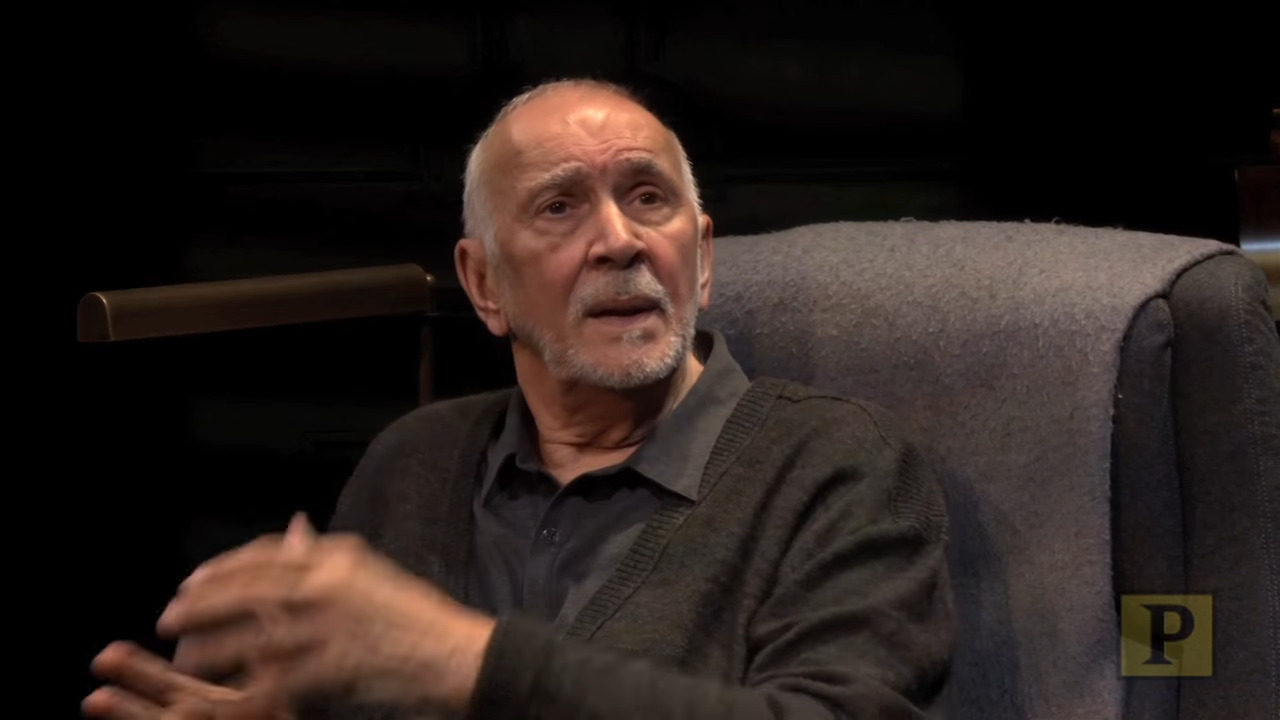 Highlights From “The Father” Starring Frank Langella as a Man Battling Dementia, Playbill

Turning to the story that broke the news of the investigation, Langella declared, “On April 13, the following item appeared on TMZ: ‘Frank Langella has been fired by Netflix for fondling a young actress between takes and she stormed off the set.’ That is demonstrably false.”

“That is a total lie,” he added. “The actress was mentioned by name. The same young woman who had accused me of ‘touching her leg’ on camera in the love scene. The next day the item was corrected to read: ‘Frank Langella has not been fired but is under investigation.’ In this version, the actress’s name was deleted.”

“That afternoon, I was fired,” he bluntly put forth. “I was not given a hearing with Netflix. My request to meet one-on-one with the actress was denied. The directors and the producer stopped answering my emails and phone calls. Within 30 minutes of my firing, a letter went out to cast and crew and a full press release was sent immediately. My representatives and I were given no opportunity to comment or collaborate on the narrative.”

Drawing his response to a close, Langella spoke to the various damages that have been inflicted upon him as a result of these accusations.

“I cannot speak to the intentions of my accuser or Netflix, but the impact on me has been incalculable,” he lamented. “I lost a thrilling part, the chance at future earnings and perhaps face a stretch of unemployment. Netflix terminated me after three months of work with only three weeks left to shoot, and I have as yet to be fully remunerated for my services. Most importantly, my reputation has been tarnished.” 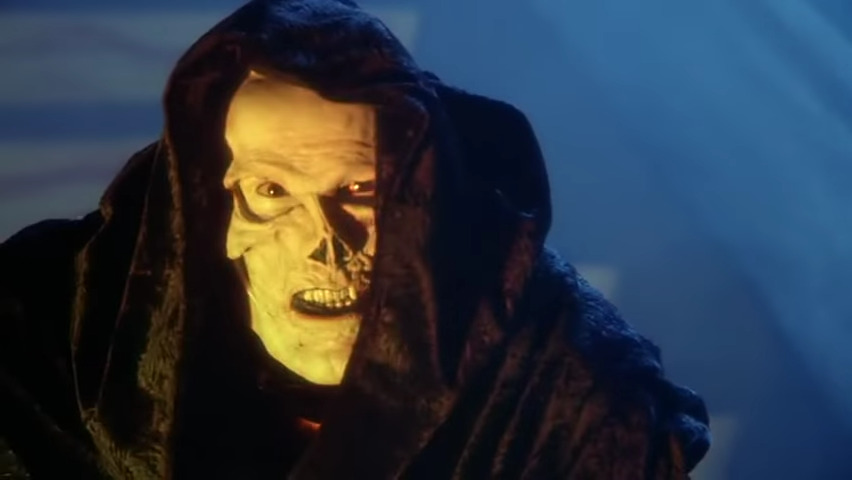 “These indignities are, to my mind, the real definition of unacceptable behavior,” he posited. “Cancel culture is the antithesis of democracy. It inhibits conversation and debate. It limits our ability to listen, mediate, and exchange opposing views. Most tragically, it annihilates moral judgment.”

What do you make of Langella’s statement? Let us know your thoughts on social media or in the comments down below!

NEXT: Social Media Revives Sexual Abuse Accusations Made Against William Hurt Immediately After His Passing