In the latest example of Disney’s almost fetishistic desire to both retcon Star Wars continuity and lazily identity swap the numerous classic pop-culture icons that have come under their ownership in recent years, the upcoming Prequel-era novel Star Wars: Padawan features a moment which implies that Obi-Wan Kenobi is bisexual. 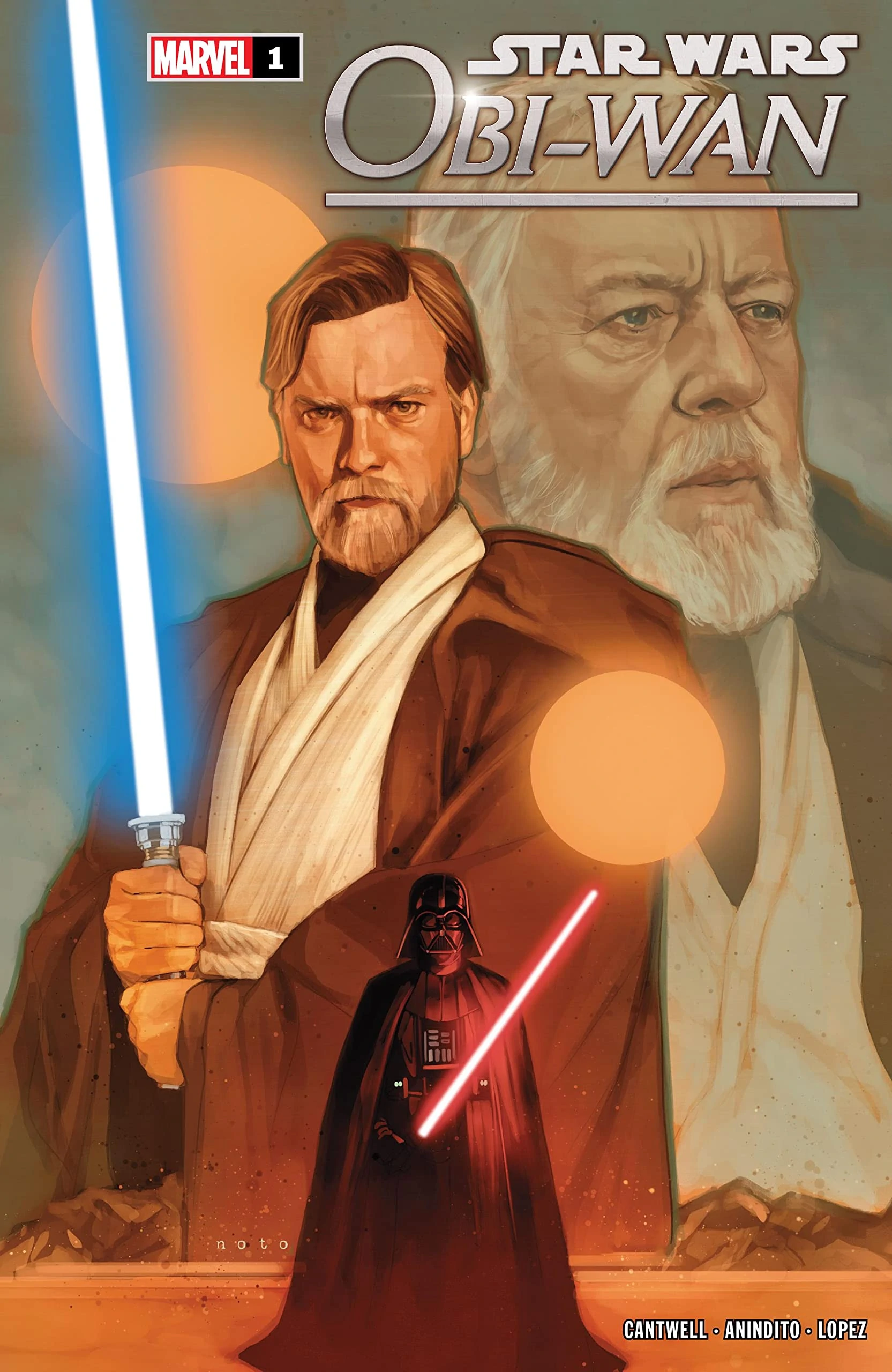 Written by YA fiction author Kiersten White, perhaps best known for her Paranormalcy series, Star Wars: Padawan is set during the early years of Obi-Wan’s training under Qui-Gon Jinn and finds the young Jedi running off without his Master to undertake an official Jedi mission after growing restless with the slower, more mindful parts of his training. 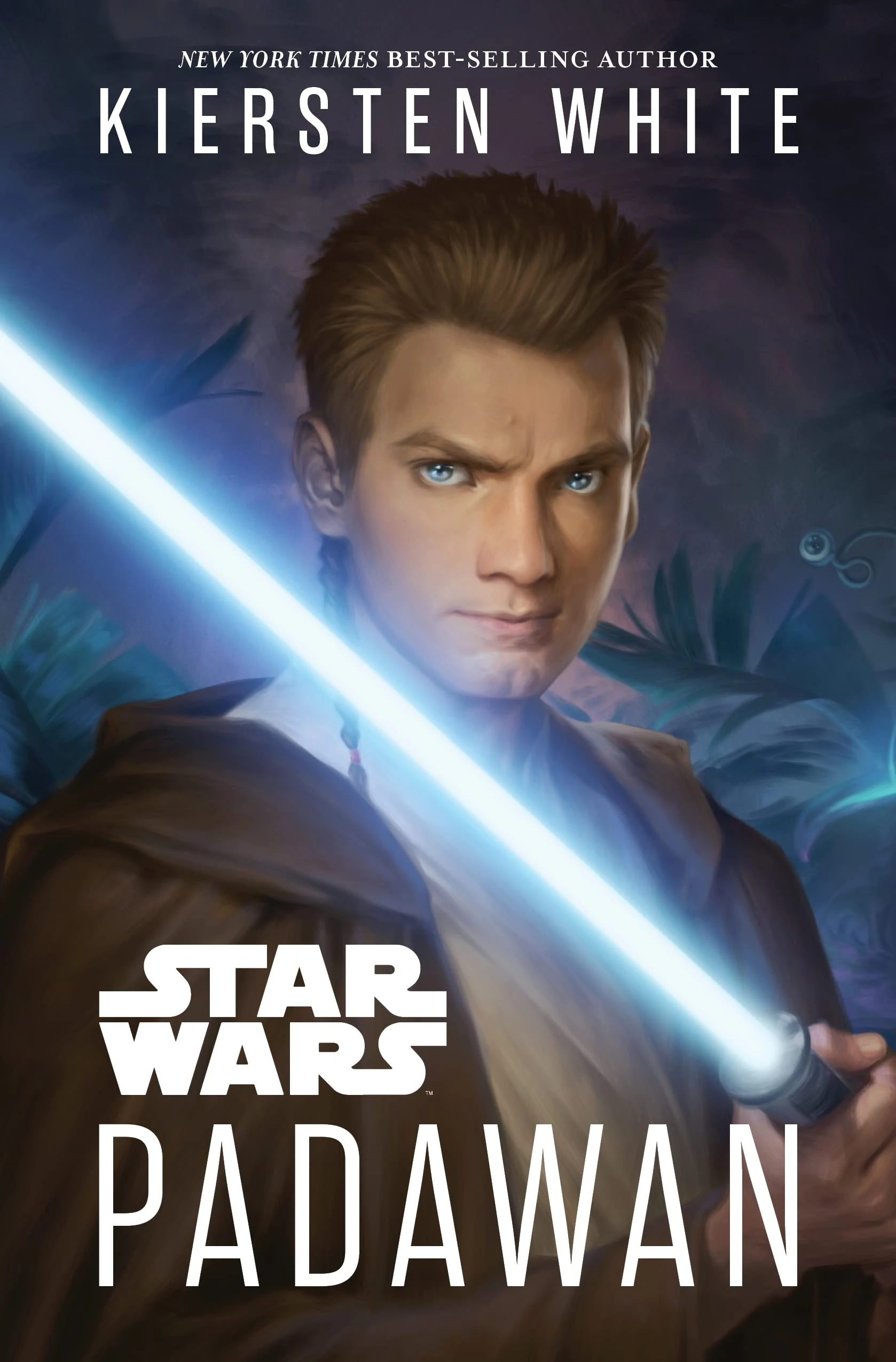 “Obi-Wan Kenobi really wants to be a good Padawan,” reads a synopsis of the novel provided by the official Star Wars website. “The best Padawan, even. But that’s feeling more and more impossible with his new master, Qui-Gon Jinn. All of Obi-Wan’s friends are off training to be real Jedi, getting mission experience, while he’s still on Coruscant, practicing his forms and sitting in silent contemplation.”

“Ever since Qui-Gon’s former master, Dooku, left the Order, it feels like Qui-Gon has been too busy trying to connect with the Force or arguing with the Jedi Council to properly train his Padawan,” it continues. “When Obi-Wan finally convinces Qui-Gon to take him on a mission to a remote planet once explored by an ancient Jedi, his master doesn’t show up the morning they are to leave—so Obi-Wan impulsively takes off by himself.” 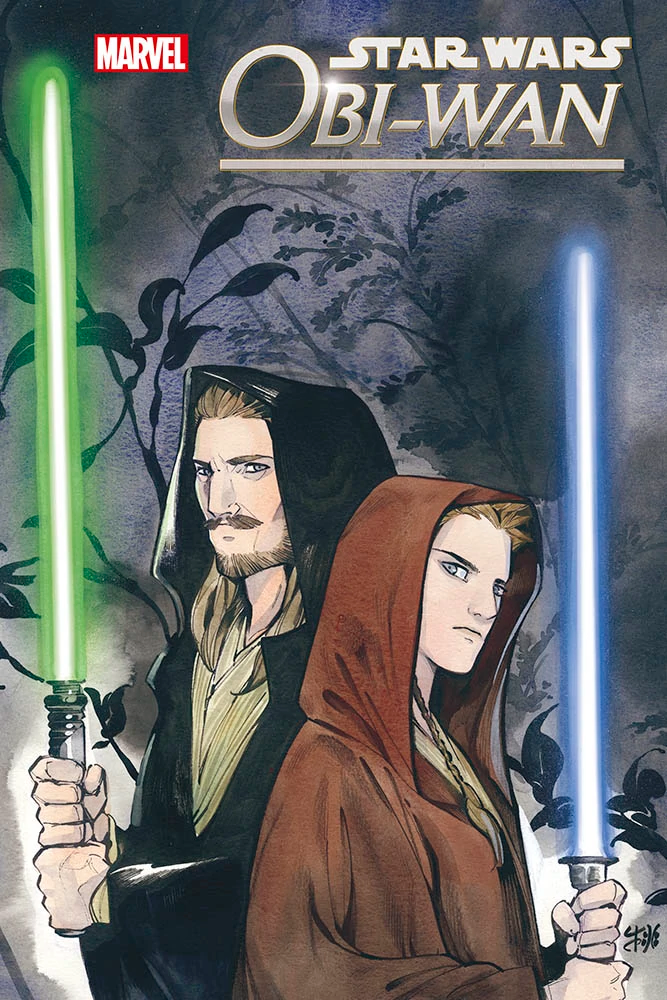 The synopsis concludes, “Upon arriving on the mysterious, lush planet, he encounters a group of teenagers with no adult supervision—and who all seem to have some connection to the Force. Free from the constraints of the Order, Obi-Wan joins them in their daring adventures, but the Padawan side of him keeps questioning the teens’ strange relationship to the Force, and to the verdant planet around them, and what all of it might mean to his future. Obi-Wan will test the limits of his relationship to the Jedi and to the Force in this exciting, yet soulful exploration of one of Star Wars’ most enduring heroes.”

Though Padawan is set to officially hit shelves on July 26th, copies of the book began to sprout up in public at least four days prior to this official release date.

With the novel in hand, eager readers soon discovered that the novel featured a scene which saw the future Jedi legend question his sexuality, considering the possibility that he is either bisexual and/or asexual – someone who has little to no interest in sex – after being hit on by a male ally.

As shared by Twitter user @ewansobi on July 22nd, the moment occurs during a rhetorical discussion on love and romance between Obi-Wan and one of the aforementioned teenagers, Casul.

Taken aback by the latter’s warning that another of the teenagers is not romantically available, Obi-Wan informs Casul, “‘I can’t form attachments like that, anyway.’” 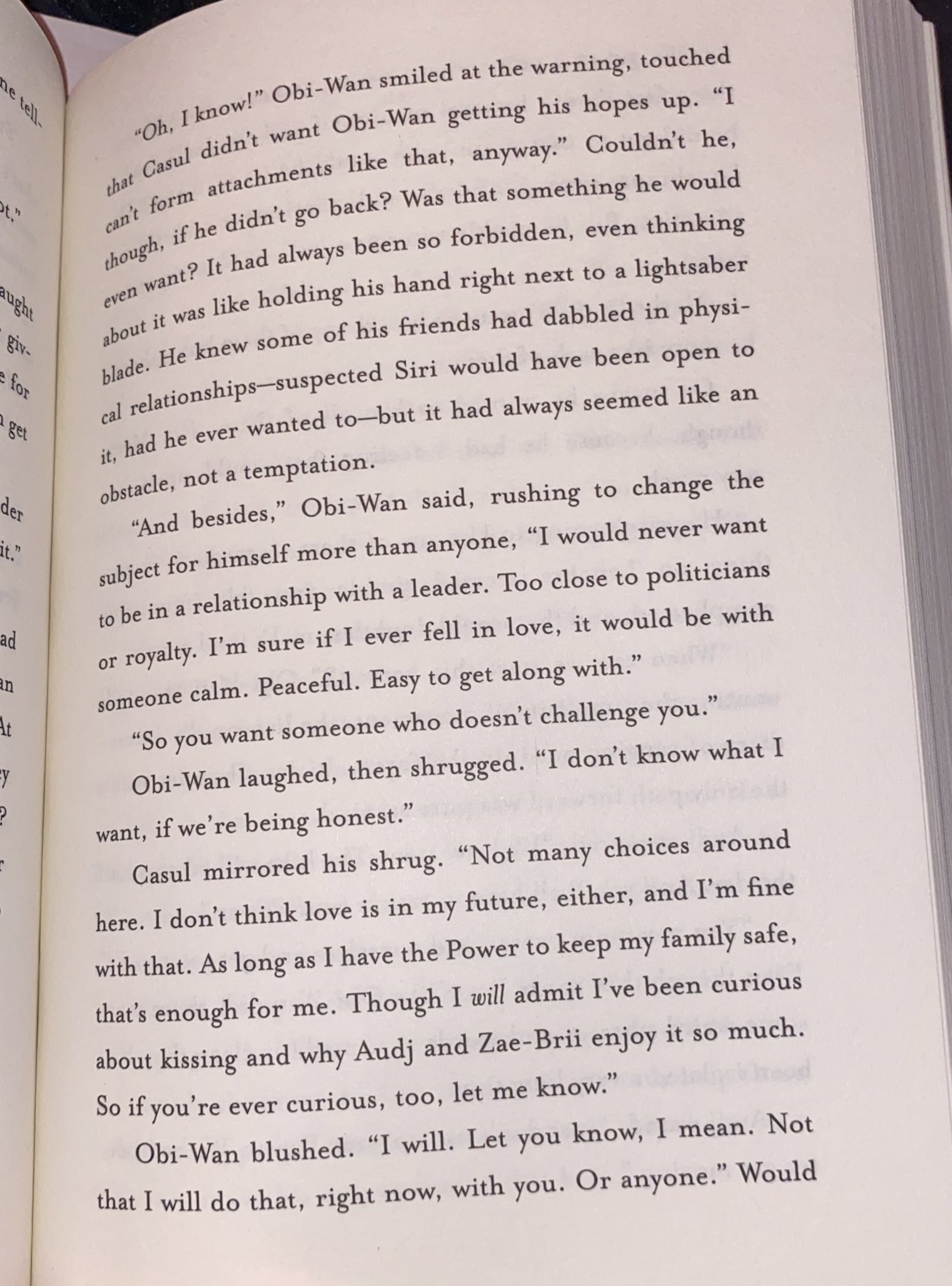 “Couldn’t he though, if he didn’t go back?” he then questions himself. “Was that something he would even want? It had always been so forbidden, even thinking about it was like holding his hand right next to a lightsaber blade.”

“He knew some of his friends had dabbled in physical relationships – suspected Siri would have been open to it, had he ever wanted to”, Obi-Wan continued, referencing his previous attraction to fellow Jedi Siri Tachi. “But it had always seemed like an obstacle, not a temptation.” 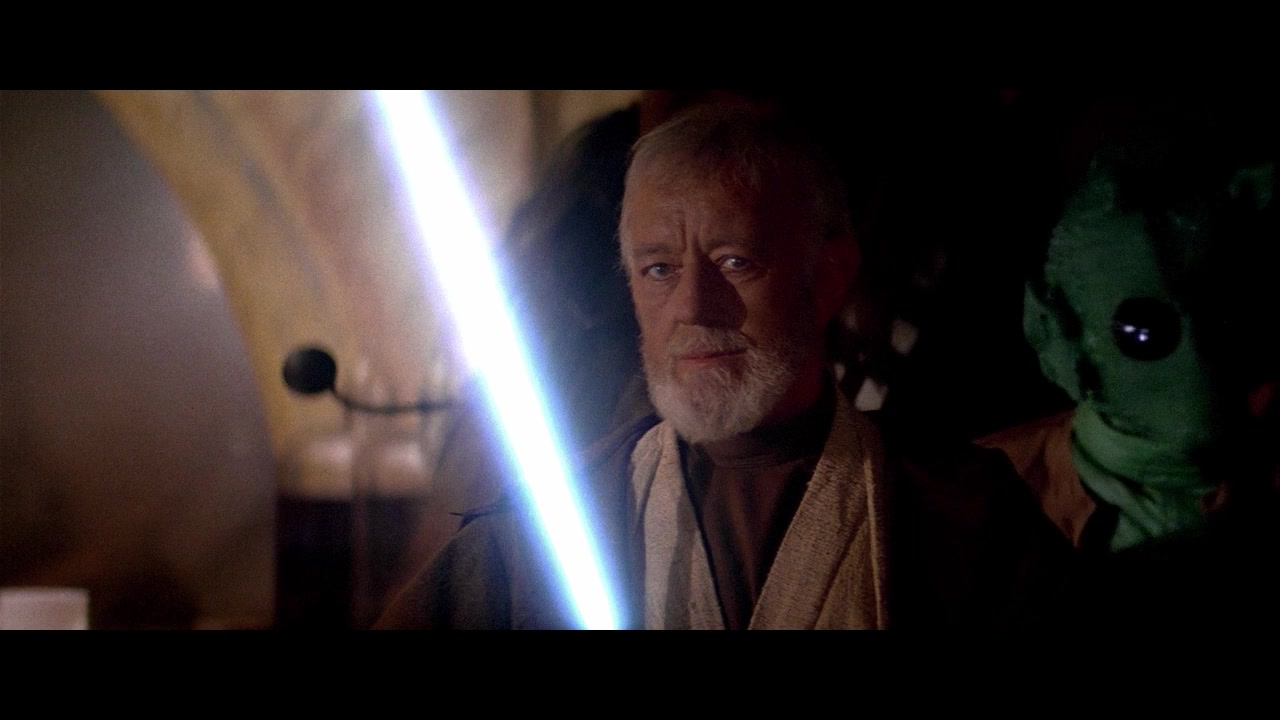 “‘And besides,’ Obi-Wan said, rushing to change the subject for himself more than anyone, ‘I would never want to be in a relationship with a leader. Too close to politicians or royalty. I’m sure if I ever fell in love, it would be with someone calm. Peaceful. Easy to get along with.’”

“‘So you want someone who doesn’t challenge you.’” replies Casul, to which “Obi-Wan laughed, then shrugged. ‘I don’t know what I want, if we’re being honest.’

Mirroring Obi-Wan’s shrug, Casul opens up, “‘Not many choices around here.’”

“‘I don’t think love is in my future, either, and I’m fine with that,” he opines to the Jedi. “‘As long as I have the Power to keep my family safe, that’s enough for me. Though I will admit I’ve been curious about kissing and why Audj and Zae-Brii enjoy it so much. So, if you’re ever curious, too, let me know.’”

To this flirtation, Obi-Wan is said to have “blushed” before finding himself flustered and stammering like an awkward teenager in a generic rom-com. 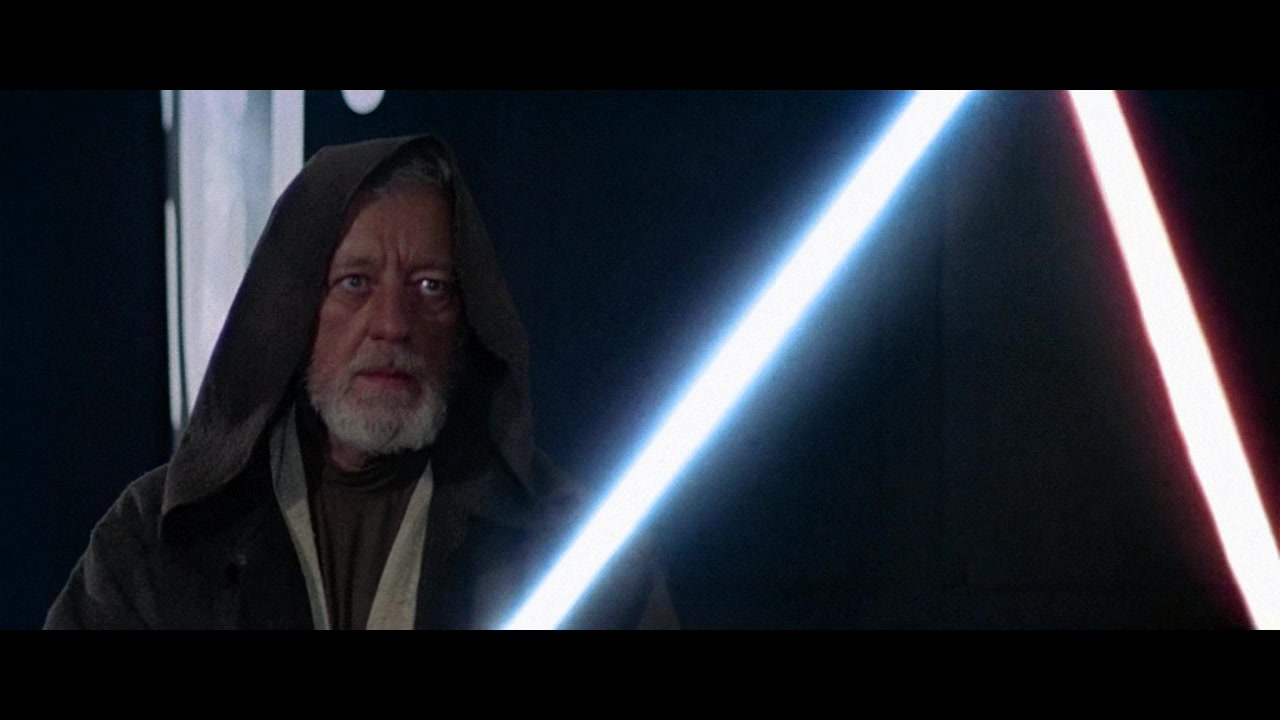 Turning inwards once again, Obi-Wan questions, “Would he ever get to a point where kissing someone felt like anything less than a betrayal of himself and the Jedi? And if he did get to that point, who would he want to kiss? The Lenahrans [the species to which Casul and his friends belong] were confident and charismatic, which was attractive. But he couldn’t imagine just…kissing any of them.”

“Maybe he didn’t want to be with any of them but rather to be more like each of them,” he debates with himself. “Or maybe he wanted to kiss all of them. Not Mem, though, because he had a feeling that would upset her very much.” 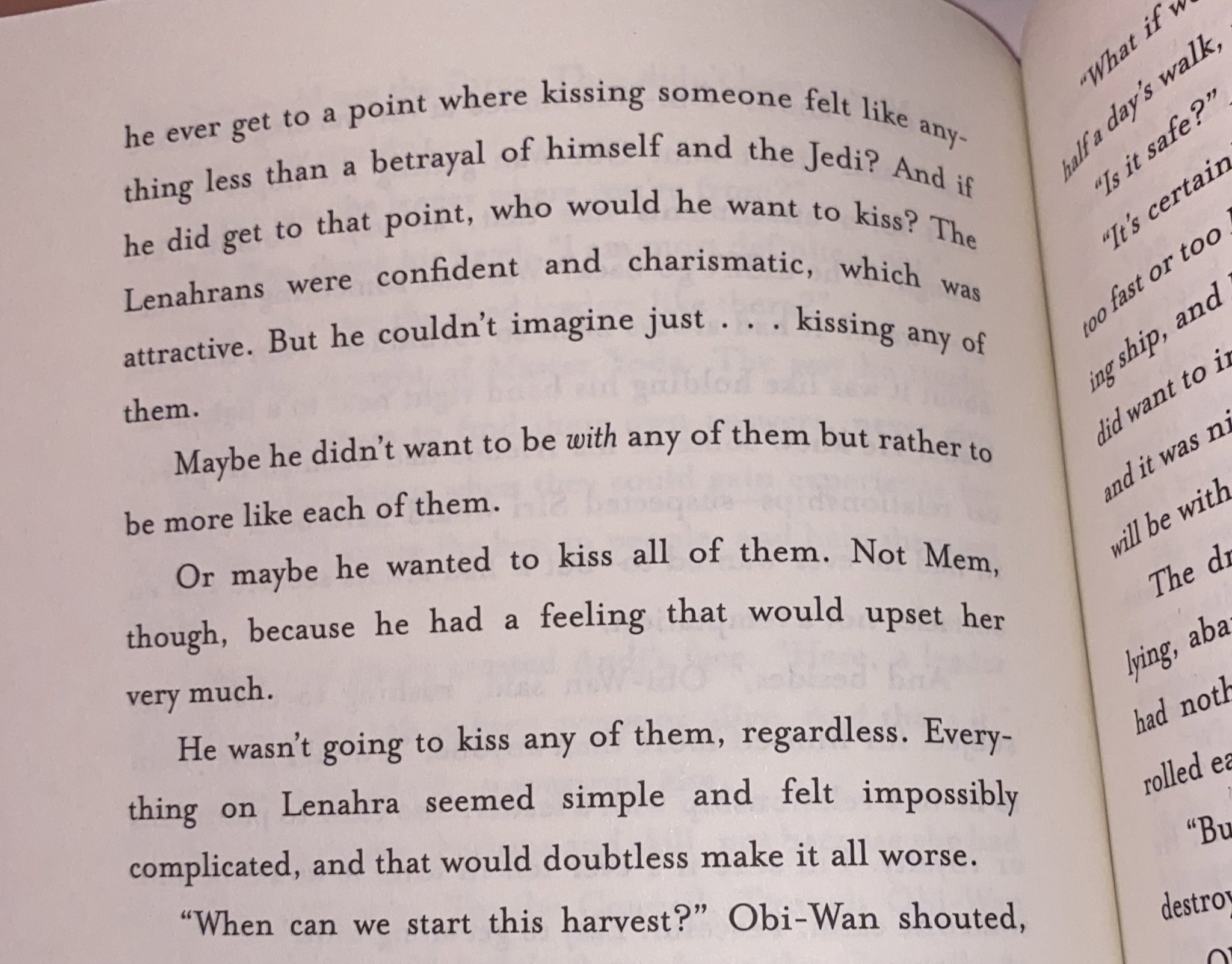 Ultimately, Obi-Wan concludes, “He wasn’t going to kiss any of them, regardless. Everything on Lenahra seemed simple and felt impossibly complicated, and that would doubtless make it all worse,” before returning to their task of harvesting crops.

Notably, this vague hint that Obi-Wan is either bi- or asexual is yet another example of modern Hollywood’s using the absence of evidence – expect to see defenders of this abrupt change likely arguing that this moment could still make sense to the character as he never outright denied his attraction to men or was seen being physical with either Siri or Satine Kryze – to confirm an established character as a surprise member of the LGBT community in order to virtue signal to the most vocal sects of social media progressives. 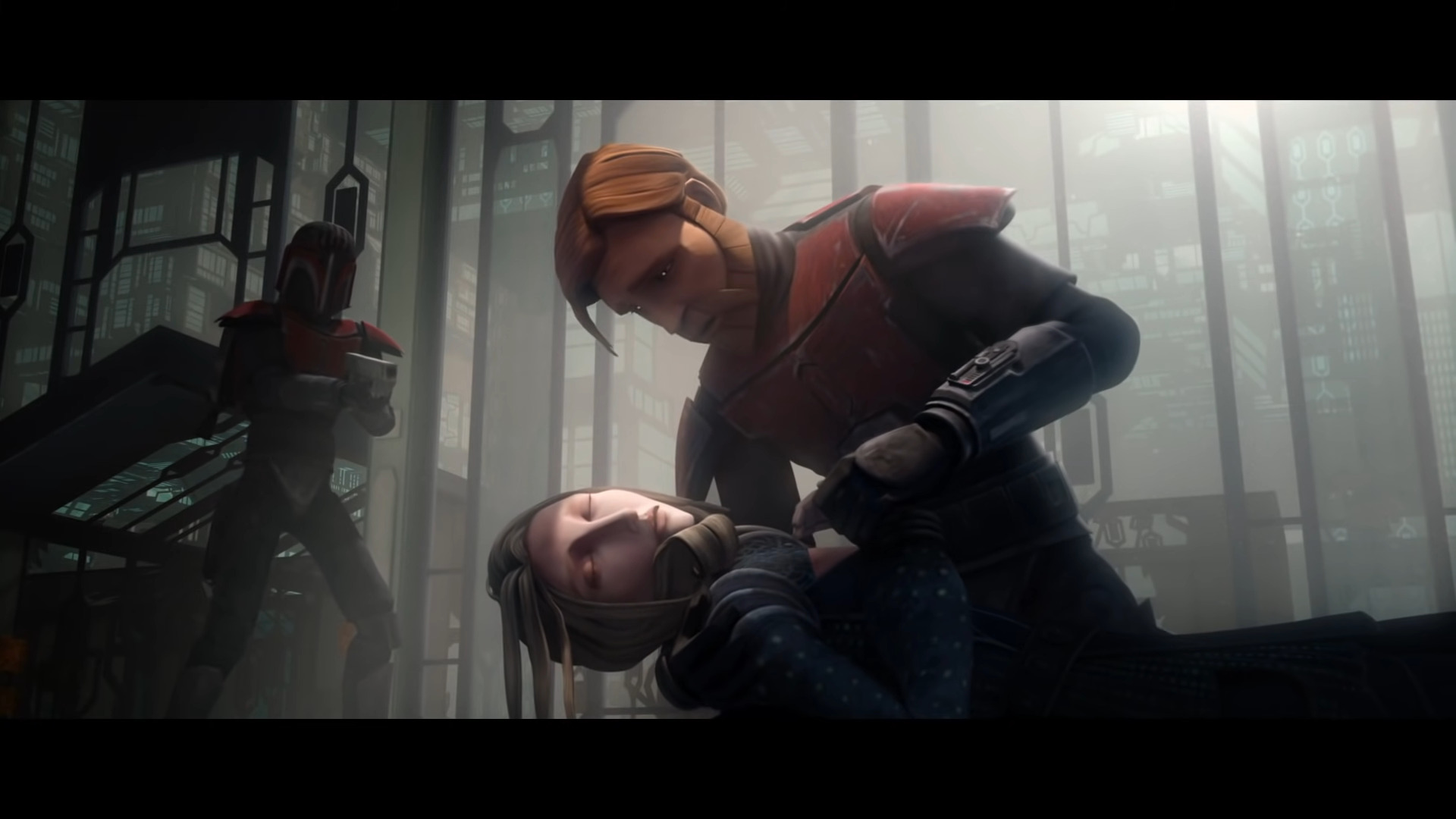 Recent examples of this same technique being used to the same end can be seen in the recent bisexual ‘reimaginings’ of DC Comics’ Jon Kent, Marvel’s comic book incarnation of Star-Lord, and the MCU’s version of Loki.