After years of building a career in comedy, The Whitest Kids U’Know founding member Zach Cregger has decided to take a step outside the box and trade in his signature humor for the chance to make his audience scream with his latest film, Barbarian. 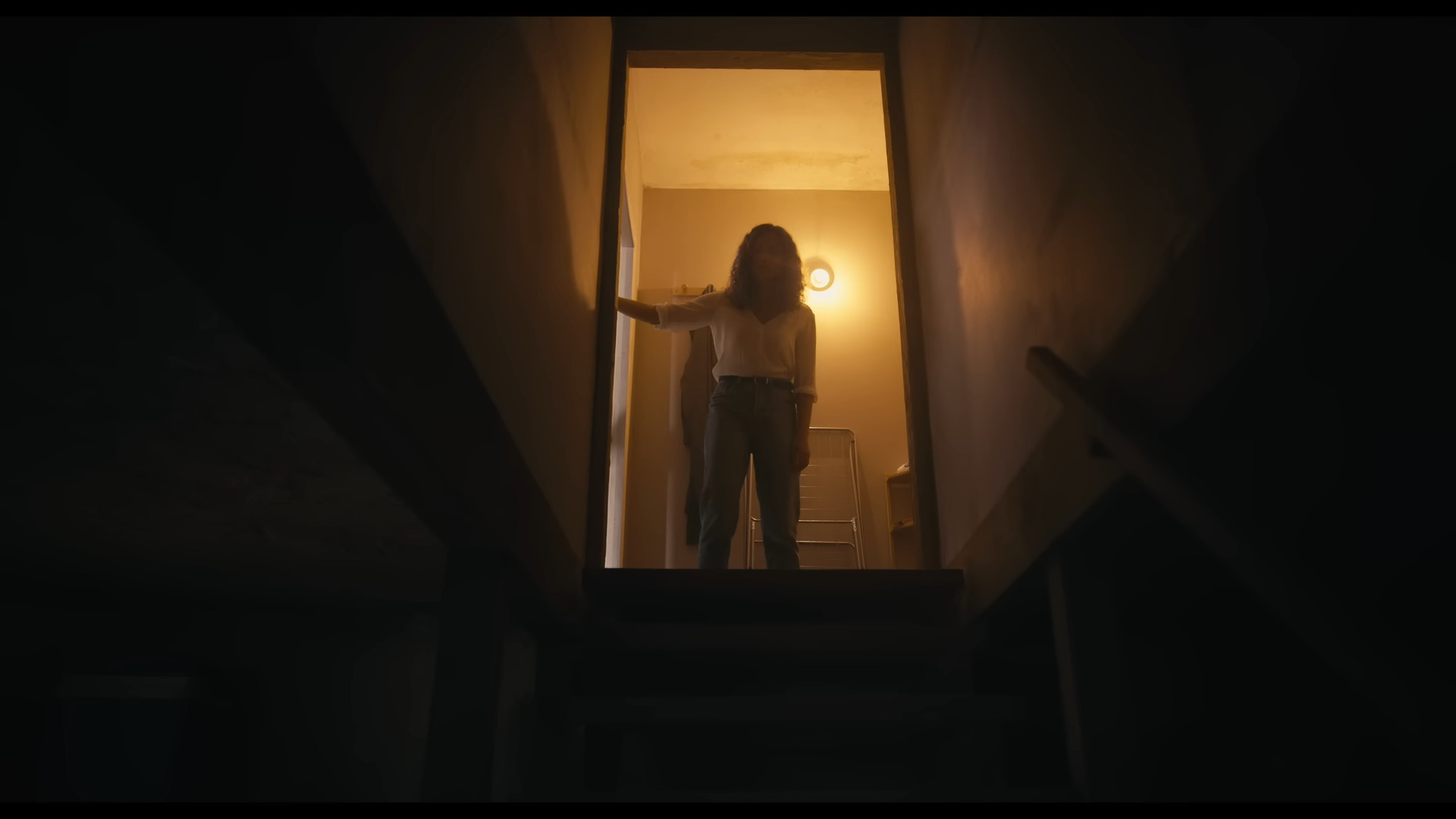 His first foray into the horror genre, Barbarian is a stark deviation from Cregger’s previous two films, Miss March (2009) and The Civil War on Drugs (2011), both of which were comedies.

Though a bit out of left field, Cregger’s transition from comedy to horror does not come as a total surprise given how well the two genres mesh together – just take a look at the Evil Dead series.

And while some will undoubtedly be wary on investing their time on the debut release from a relative genre newcomer, the fact is that thanks to it being so refreshingly unpredictable, funny, and nasty at times, Barbarian is an unexpected delight which relishes in making its audience feel tense and uncomfortable – and is absolutely more enjoyable for it. 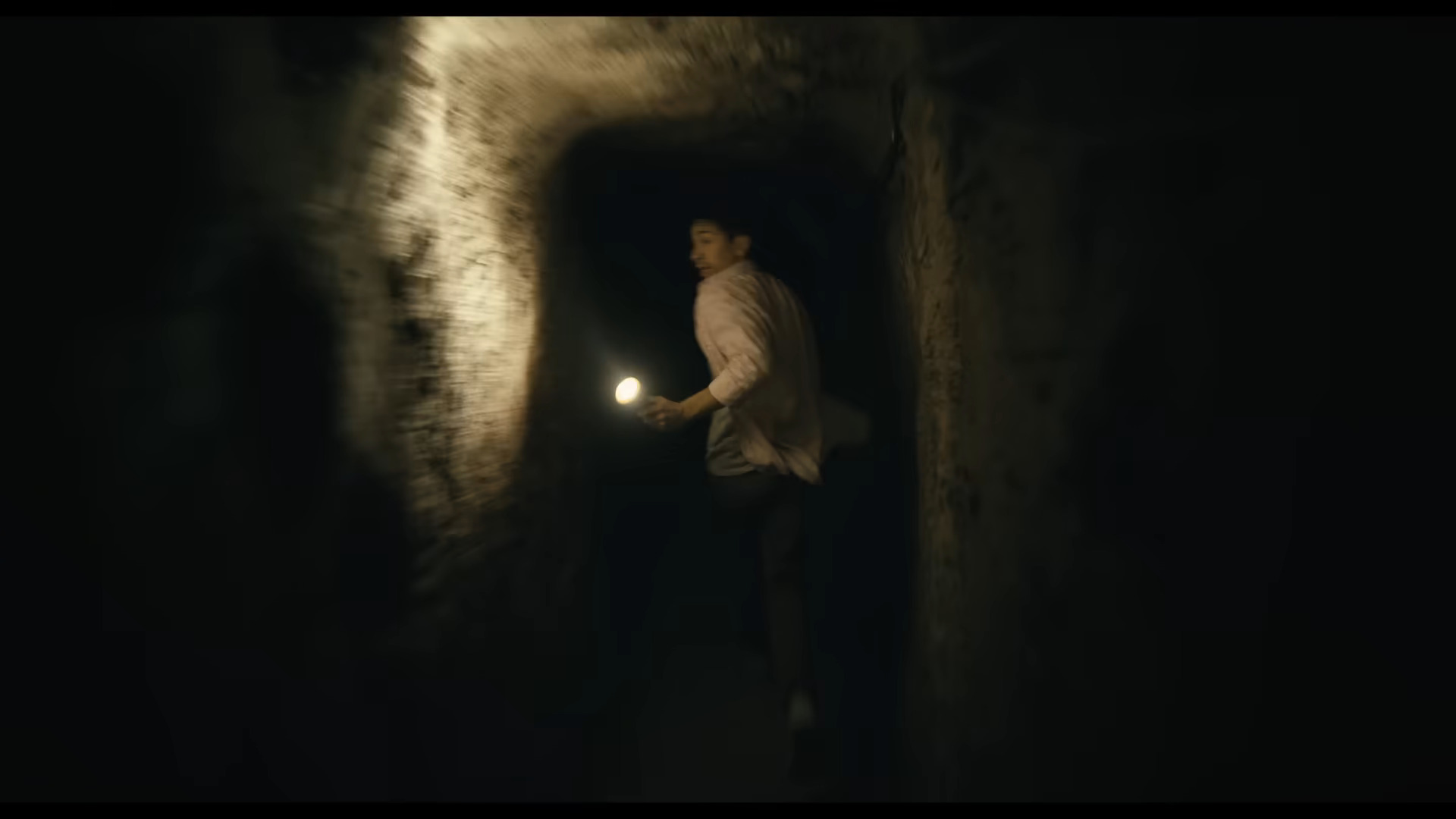 Barbarian is set within Detroit and opens with protagonist Tess coming to town for a job as an assistant to a documentary filmmaker, though upon her arrival at the local Airbnb she booked, she finds that there’s no way to get inside or reach the property’s contact.

Suddenly, a man named Keith (Bill Skarsgard) emerges from inside to reveal that the spot was double booked through two different apps during the same dates. 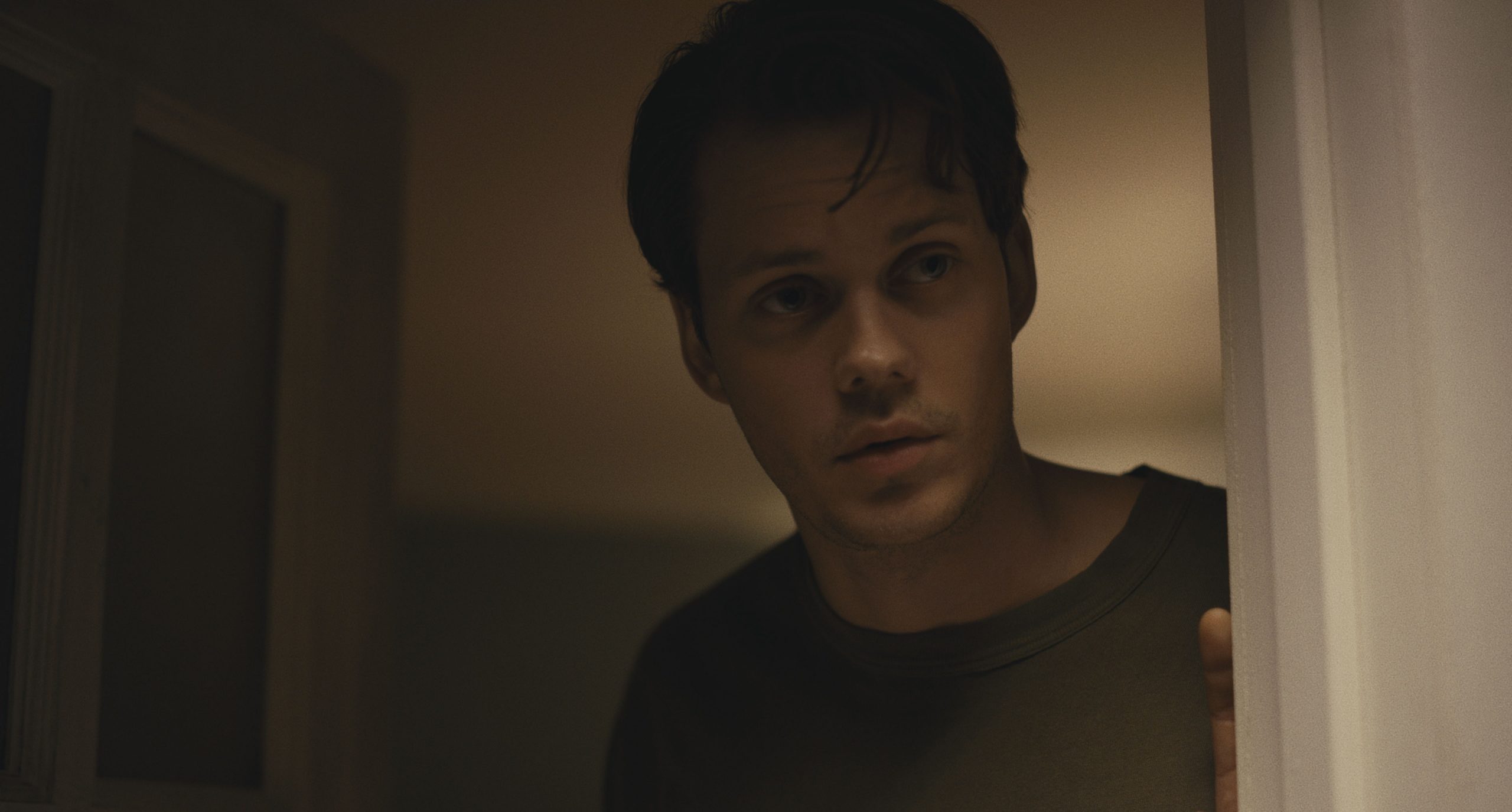 Though taken aback, with her interview in the morning and other hotels in the area completely booked due to a local convention, Tess decides to stay the night and share the residence with Keith – despite him being a total stranger.

However, throughout her stay, Tess is unable to shake the feeling that she’s being watched while she sleeps. Investigating this feeling, Tess accidentally finds a secret room hidden in the house’s basement – a discovery which in turn leads to the most terrifying and life threatening experience of her life. 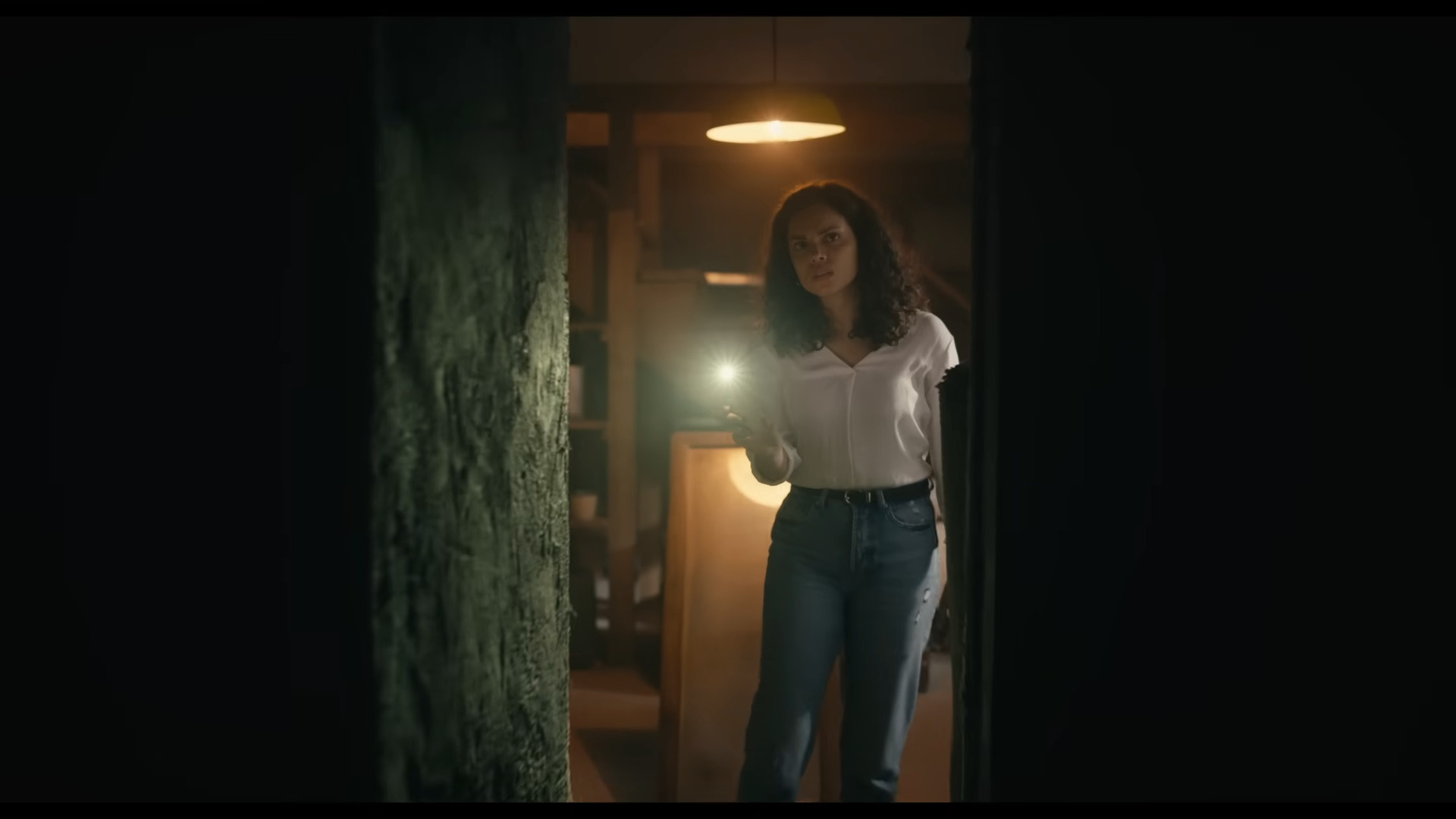 One of the most notable aspects of Barbarian is how it feels like two separate films and a crossover all within its 100-minute time frame, as though the first third of the film follows Tess and Keith, it then suddenly shifts its focus to AJ (Justin Long), an actor who was seemingly on the verge of breaking into the mainstream until it was all ripped away by a sexual misconduct allegation from a female co-star.

As his career begins to unravel, AJ is forced to liquidate his assets in order to supplement his income, which include the very rental property Tess and Keith are staying it. 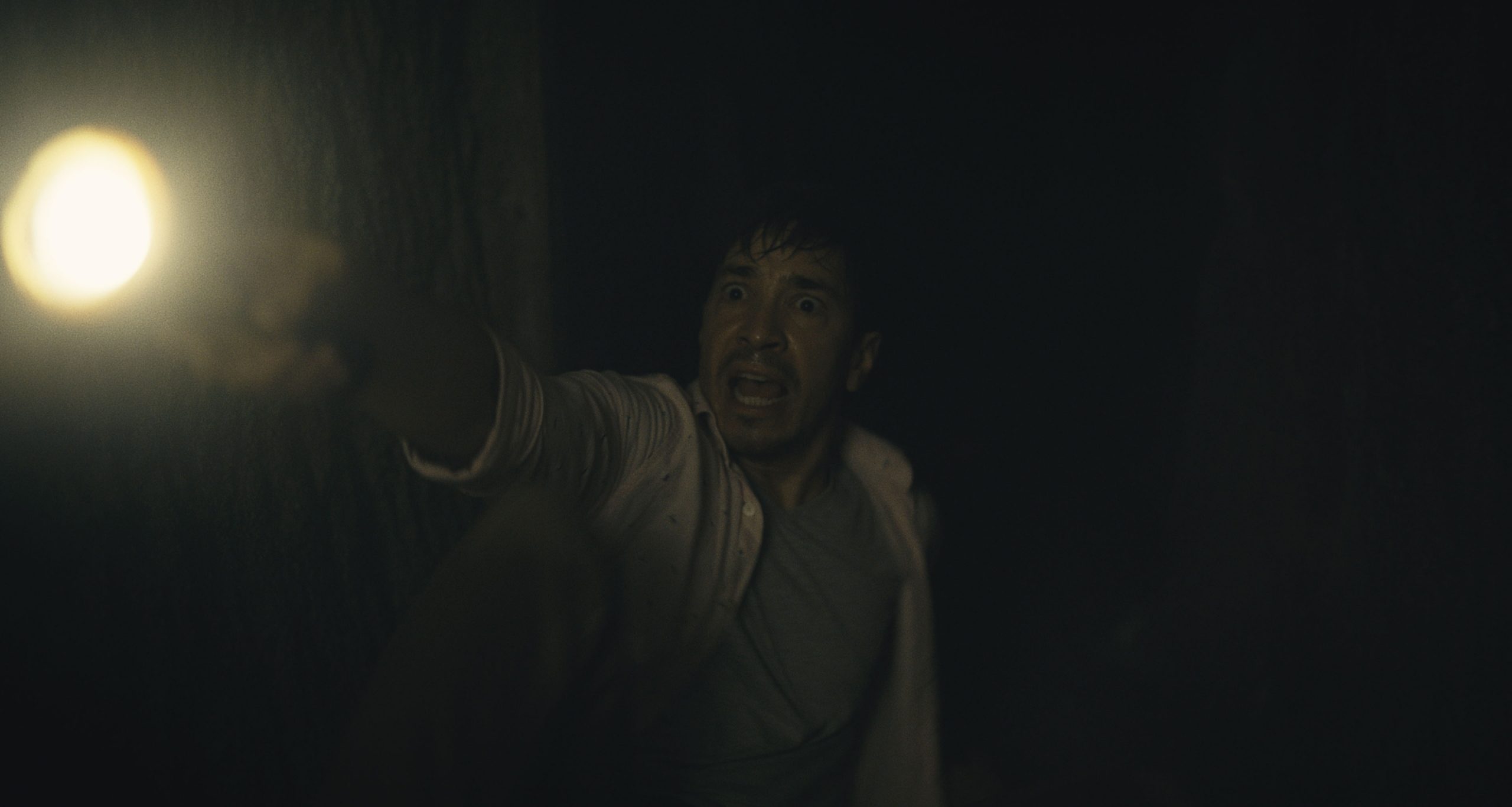 While overall an enjoyable experience, the few imperfections Barbarian has lies within its inconsistent storytelling.

For example, the film goes out of its way to make Tess seem like she has a solid head on her shoulders by showing her flat out refusing to venture into a dark, unlit corridor. 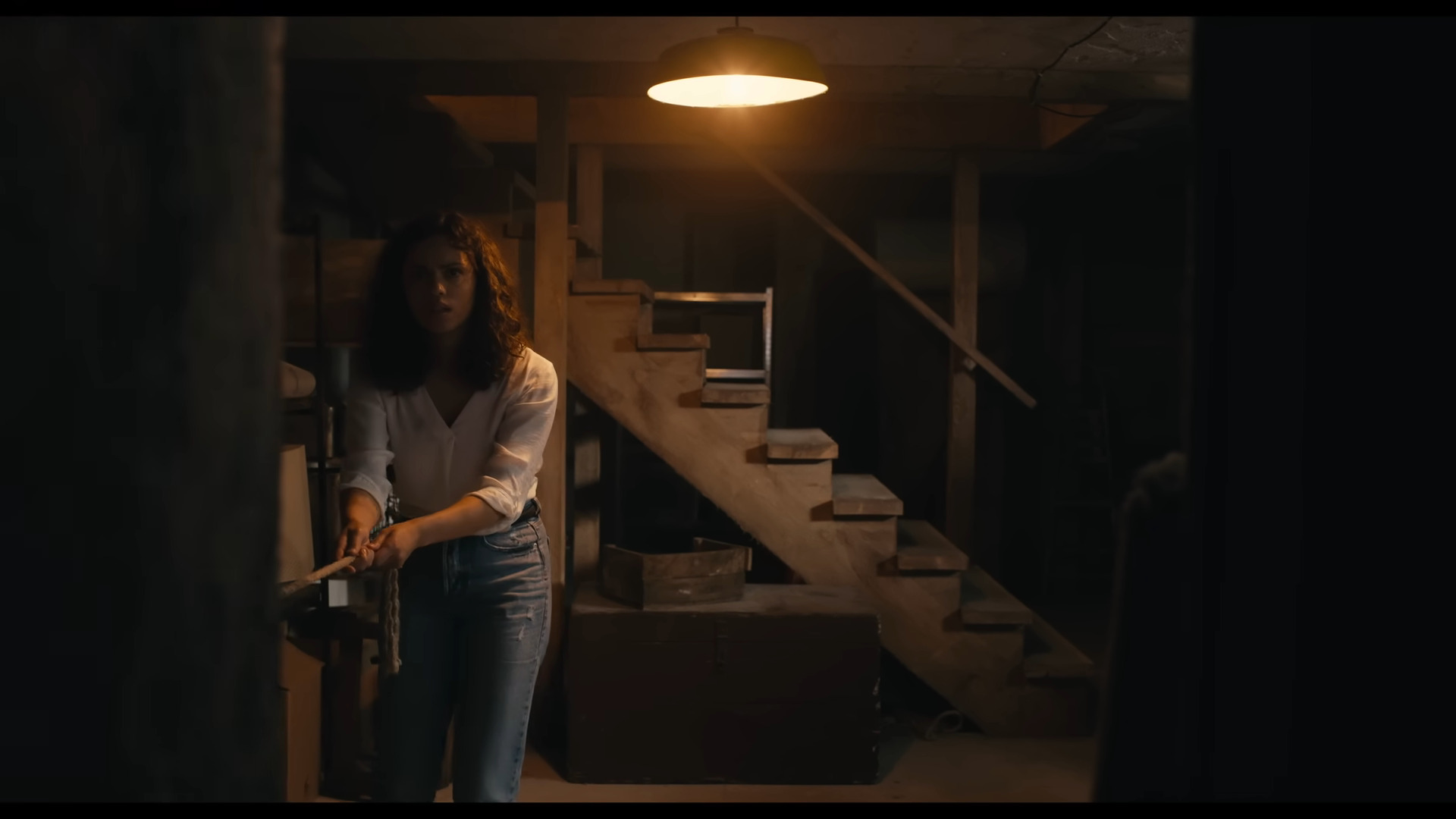 RELATED: ‘Beast’ Review – An Apex Predator Takes On A Man And His Two Unlikable Daughters

Yet, ten minutes later, she’s blindly following Keith into the unknown without a second thought, despite every item she comes across while doing so practically screaming to her that she’s being lured into a trap.

The argument can be made that she’s scared out of her mind at that point and isn’t thinking clearly, but this excuse runs thin given how often she’s given the chance to consider – and subsequently deny – a myriad of exit opportunities. 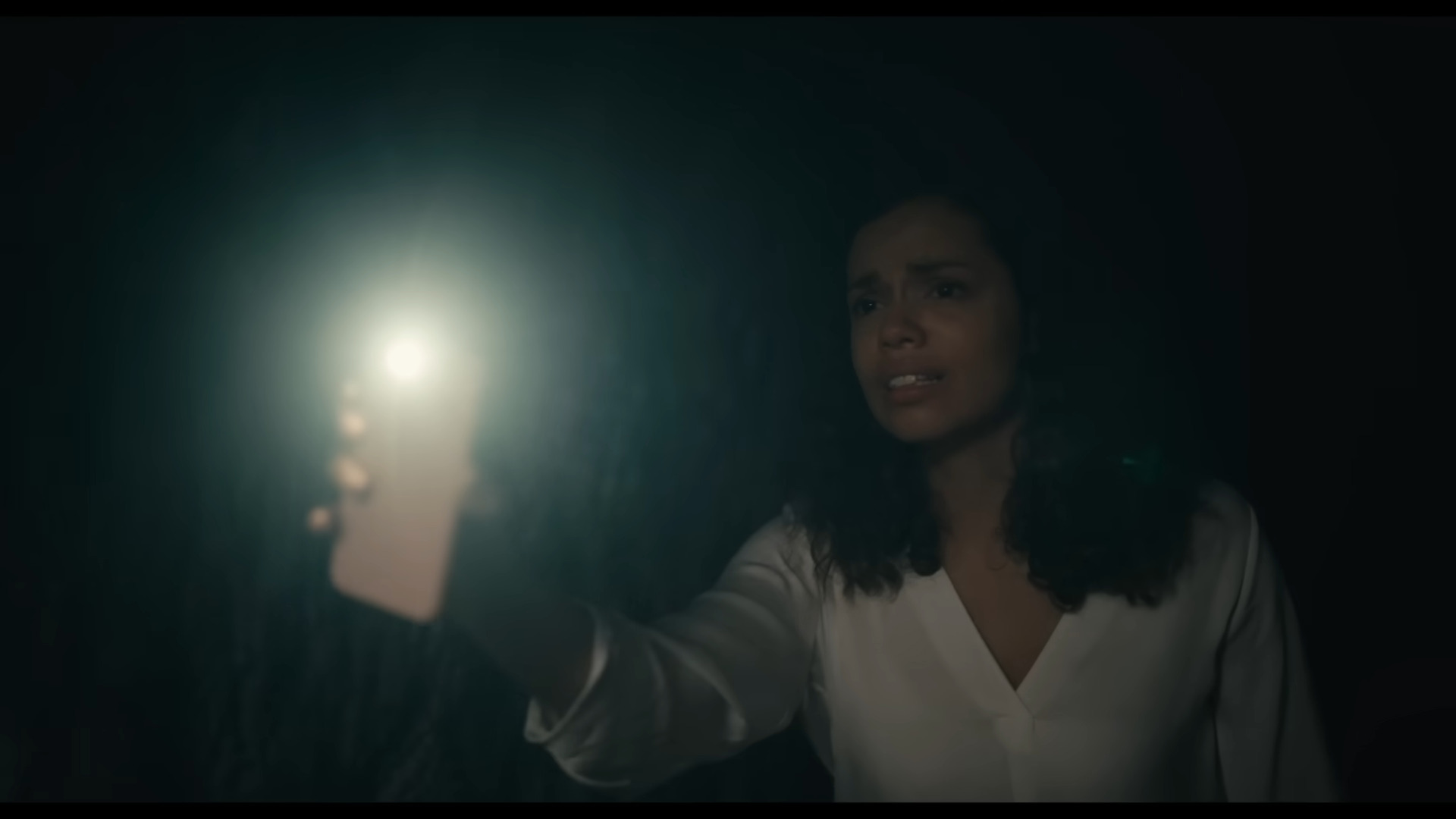 Also, if you had an issue with the underground tunnels Jason Voorhees utilized in the 2009 remake of Friday the 13th then you are going to have a field day trying to make sense of the gargantuan labyrinth hidden underneath the Airbnb.

It really stretches one’s suspension of disbelief to claim for the film to claim that it’s remained undiscovered for any amount of time, as it’s so vast and intricate that it seems unlikely to have been dug out and built without calling in any sort of extra help. 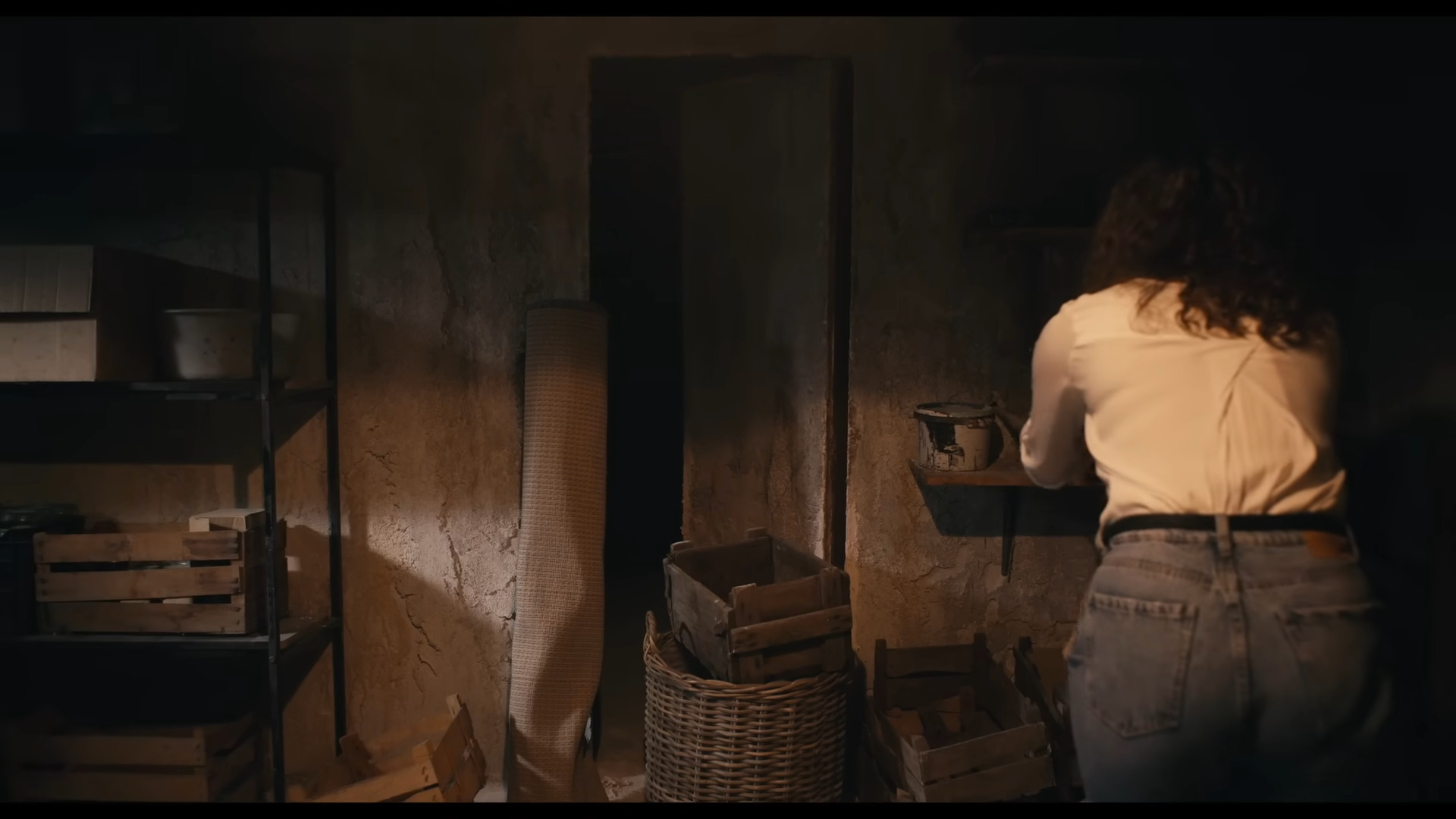 Pushing realistic expectations aside, Barbarian is otherwise a gruesome and thrilling masterpiece.

The performances are outstanding, with Campbell and Skarsgard offering a unique spin on their respective horror archetypes. 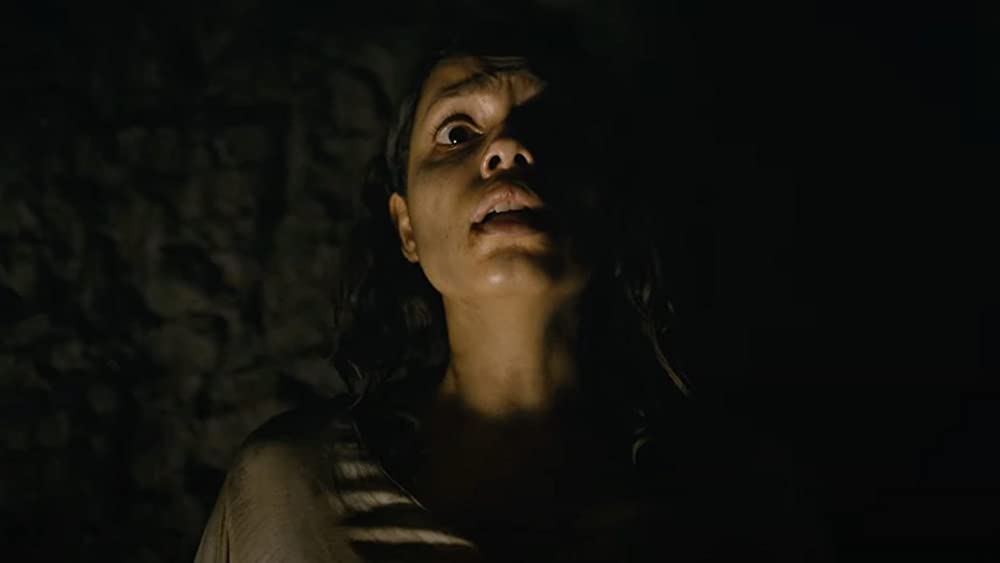 Though Campbell’s Tess is the most level headed character in the film, at times she’s also seen to be making some pretty poor decisions.

Skarsgard’s Keith is awkward and bumbling, to the point where you can never tell if the character is putting on an act or not.

Though red flags are thrown up around Keith and the two’s interactions are uneasy from the get-go, Barbarian never goes in the direction you’d expect. 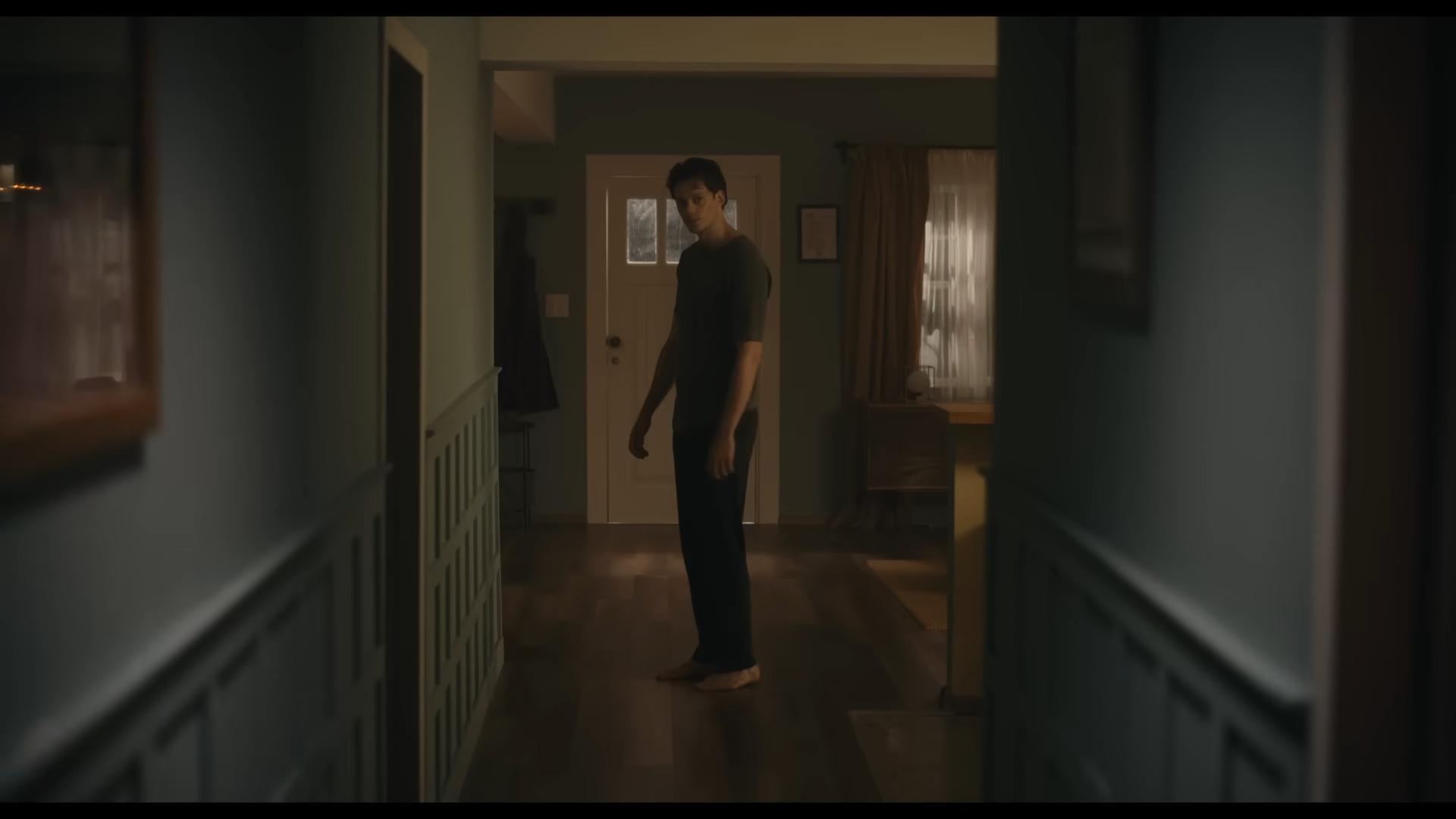 The character is complicated and teeters constantly between being a good guy that’s been completely misunderstood and being a downright piece of trash, and Long sells both ‘versions’ expertly.

His hilarious dialogue and mannerisms combine with the fact that his actions are less than admirable in a way that will have you ‘loving to hate’ the character, even as AJ’s arc toys with audiences’ desire to see him do the right thing all while his situation only gets progressively worse and worse. 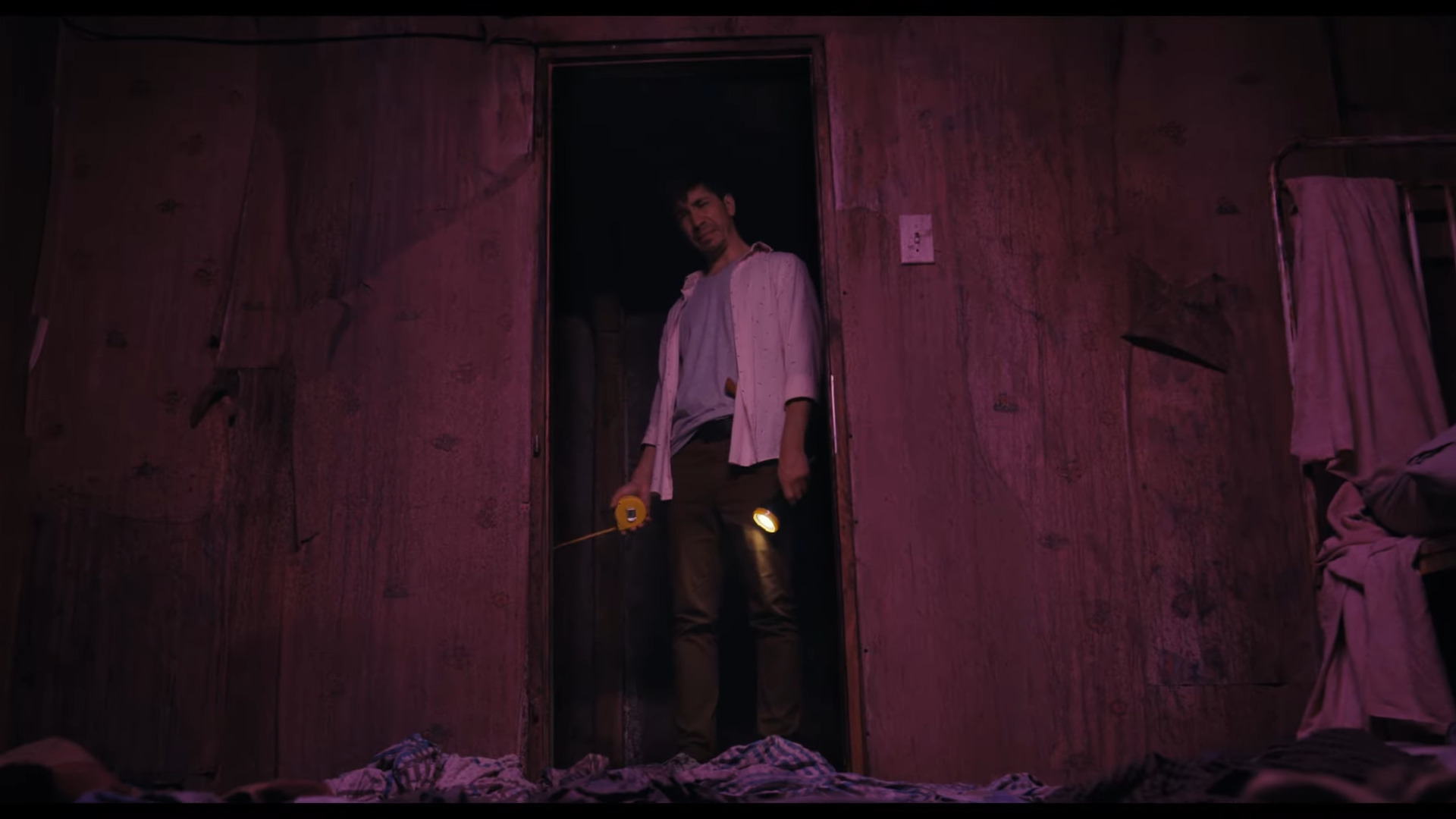 As for the rest of the film’s production, Anna Drubich’s score is masterfully ominous and foreboding, enhancing the film’s palpable atmosphere with these throbbing and trembling strings and the steady imitation of a racing heartbeat laid in-between.

Zach Kuperstein’s cinematography has a way of making the audience feel like it’s investigating the horror right alongside the characters, as the camera often imitates such actions as leaning to peer into cracked doors or down a hallway.

There’s also this one particularly incredible transition which ‘folds’ from laundry tumbling in a dryer into a teabag being stirred in a cup of water that is way more impressive than it should be, so film editor Joe Murphy also deserves his kudos. 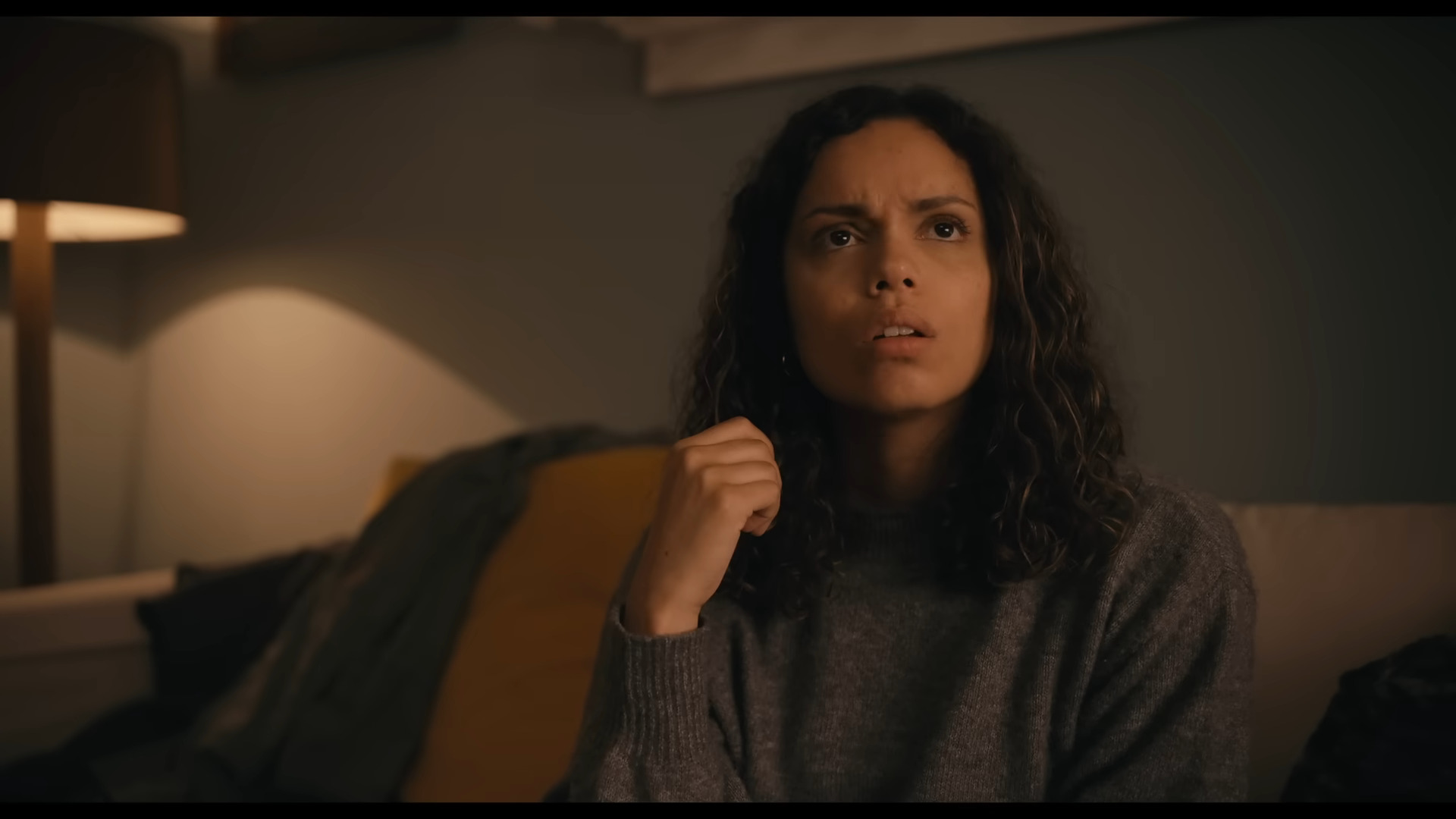 RELATED: ‘The Witch: Part 2. The Other One’ Review – A Blood-Soaked Tribute To Akira

I’ve been purposely trying to avoid revealing much about the film’s antagonist, as the less you know about the entire story going in the better.

However, what I will say is that their actions are inexcusable, their story does evoke a strange sense of sympathy. 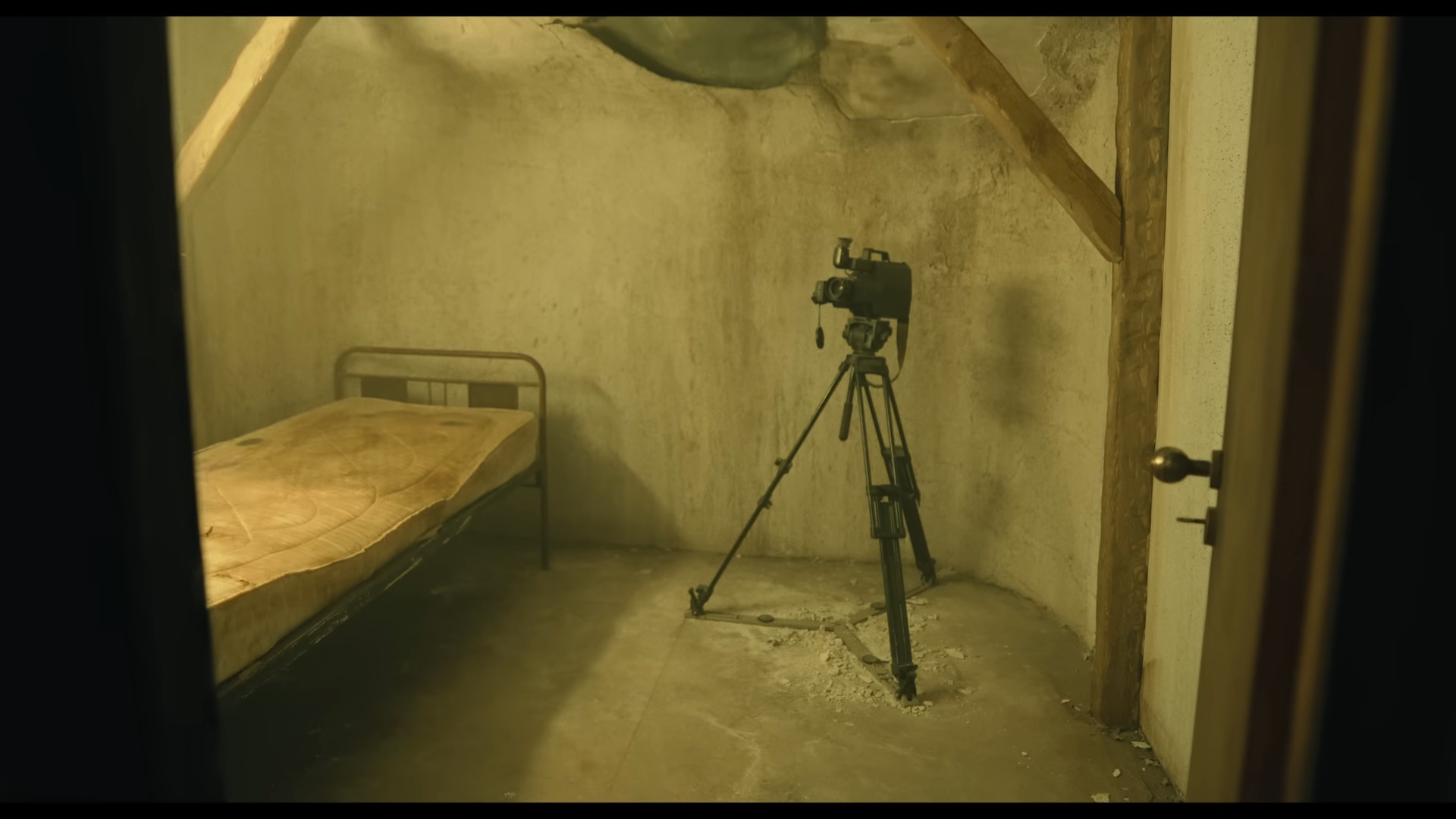 Barbarian is an exhilarating horror film that revitalizes the genre.

Long delivers one of his most complex and memorable performances, the spine-tingling score is an absolute knockout, and we finally have an antagonist whose entire ‘fear factor’ is nearly overshadowed by how the relentlessly grotesque behavior of one of the human characters. 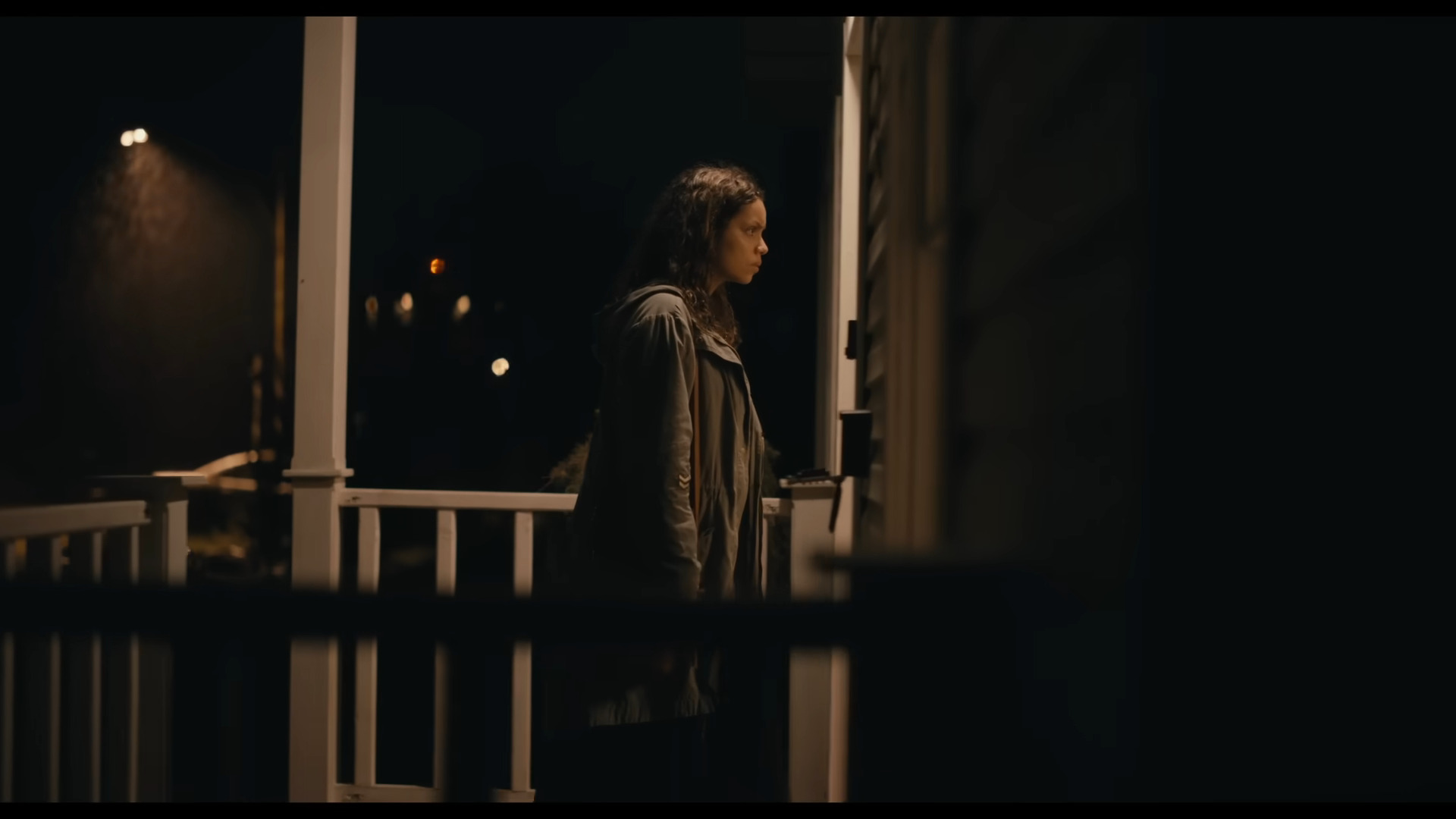 In fact, it may just be the best mainstream horror film of 2022.