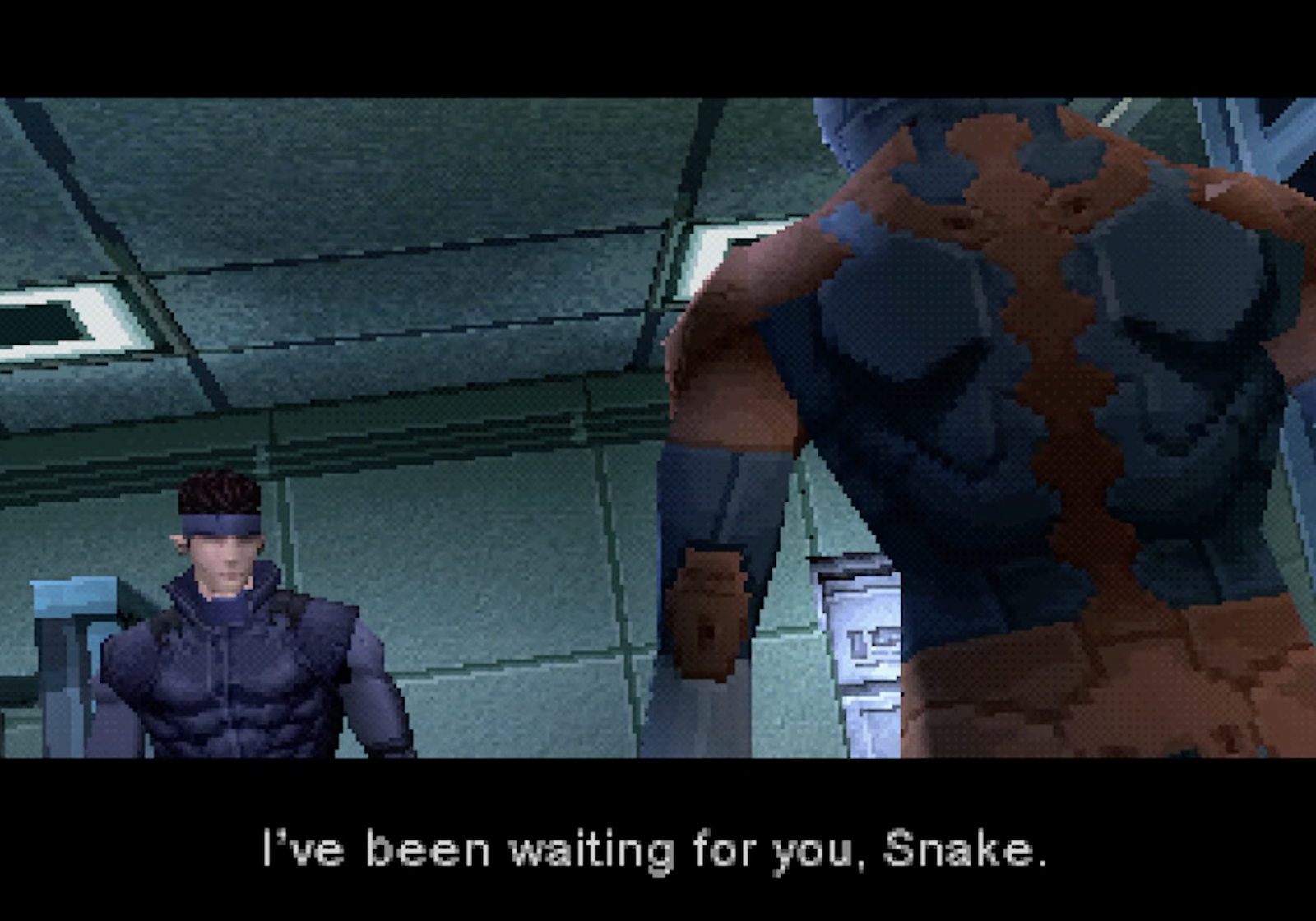 VGC reports that Virtuos’s latest video about “A Day in the Life at Virtuos Montreal” has managed to garner some attention. Intended as a recruitment video boasting the perks of working as an artist at Virtuos, one minor background detail almost snuck past.

At around the 1:11 mark, the desk of concept artist Louis-Alex Boismenu is shown. To the right of the shot we see what appears to be a box holding up a lamp. This was soon worked out as being The Art of Metal Gear Solid book, as identified by VGC and, reportedly, other individuals on social media.

Why would a concept artist having an artbook be such a big deal? In October last year, VGC reported that “according to publishing sources,” Konami were going to revive Metal Gear Solid, along with Silent Hill and Castlevania. 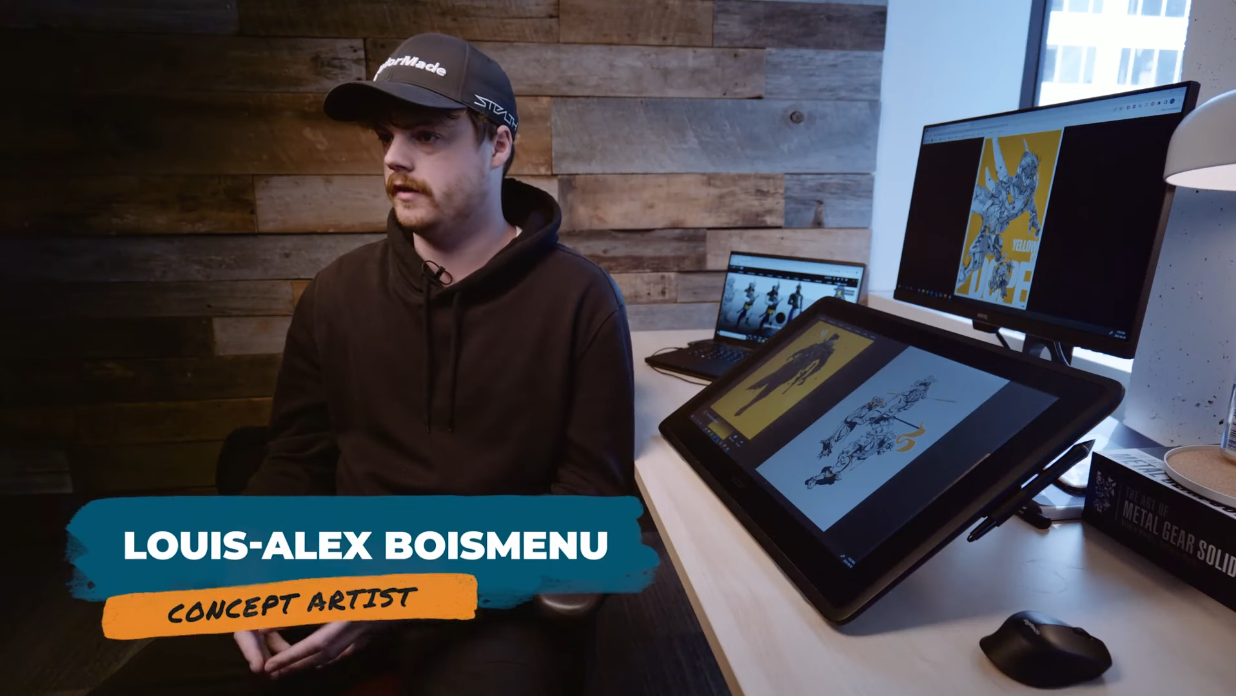 Source: A Day in the Life at Virtuos Montreal, Virtuos, YouTube

Likewise, the video games outlet cited “many sources” had indicated to them that Virtuos would be working on a remake of Metal Gear Solid 3: Snake Eater. This was counter to other rumors at the time pointing to Bluepoint as a potential developer. 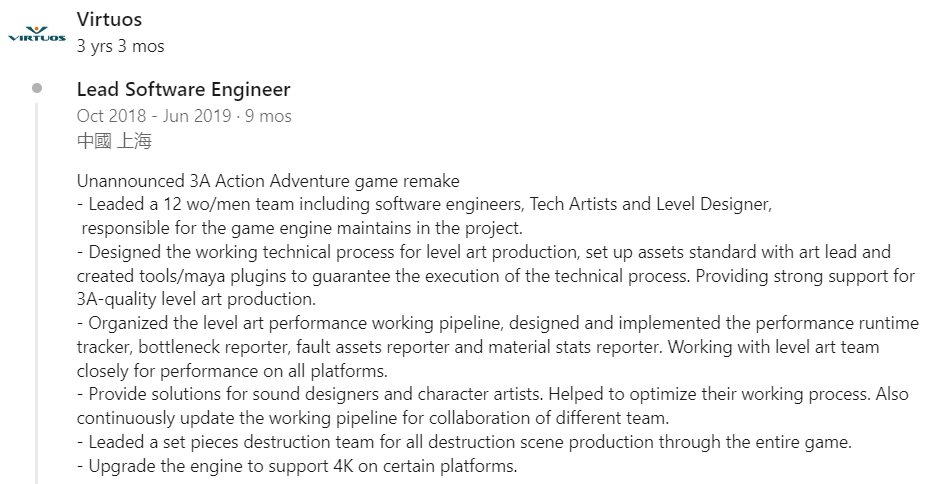 In September of this year, leaker AestheticGamer (also known as Dusk Golem) claimed that the first three Metal Gear Solid games were getting remasters, rather than remakes.

“Alright, VGC seemed to have shared it, so I’ll talk about it,” Dusk Golem said at the time. “VGC talks about Metal Gear Solid 1-3 Remasters (not remakes), new remastered version. I know that to be 100% true.” 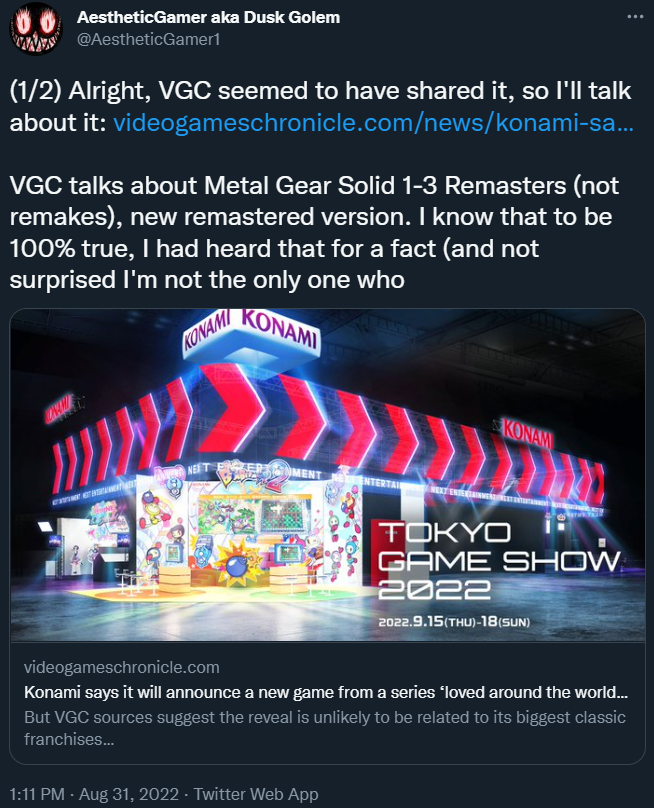 “I had heard that for a fact (and not surprised I’m not the only one who heard about it), I’ve had it from an 100% source and not,” the leaker insisted. “The plan is to release the three remasters seperately, but also together as a collection (where also get the MSX versions of Metal Gear 1+2 if buy together). Just chiming in there, that is something coming.”

With Silent Hill finally materializing, could Metal Gear Solid be next? Will it be a remake or remaster? Will Castlevania come next? And how will fans react to those classic games being remade or remastered without Hideo Kojima’s involvement?