Obi-Wan Kenobi writer Andrew Stanton recently admitted he felt he was handicapped in his storytelling possibilities by having to adhere to canon.

Stanton spoke with Gizmodo, where he told the outlet, “That was the blessing and the curse of it. It’s like one, you’re geeking out that you get to type ‘Vader says’ this and ‘Kenobi says’ that. You pause and say ‘I can’t believe I’m actually getting paid to type this. I can’t believe these words may be said.’”

“But then another part of you, it has to go through such a rigorous like ‘Does that fit the canon?’ And I feel like it’s bittersweet. [The reason that happens is] because people care, but it also kind of doesn’t allow, sometimes, things to venture beyond where maybe they should to tell a better story. So it can sometimes really handicap what I think are better narrative options.” he continued.

Stanton then relayed, “And so I was frustrated sometimes—not a lot— but I just felt it wasn’t as conducive to [the story].”

Then making a reference to Andor he detailed, “So I love it when something like Andor is in a safe spot. And it can just do whatever the heck it wants. But I felt, you know, Joby [Harold, Obi-Wan Kenobi co-writer and executive producer], to his credit, kept the torch alive and kept trying to thread the needle so that the story wouldn’t suffer but it would please all the people that were trying to keep it in the canon. But I got some moments in there that I’m very happy with.”

Stanton’s comments do not make any sense whatsoever given the series from the outset planned to ignore Star Wars canon by setting up a rematch between Darth Vader and Obi-Wan Kenobi before the two met on the Death Star during the original Star Wars film.

Not only did Lucasfilm make it clear it was going to ignore Star Wars canon from the outset, but the actual show proves it in its very first episode. Kenobi has not taken up his duties of training with Qui-Gon Jinn to become one with the Force as assigned to him by Master Yoda at the end of Revenge of the Sith. 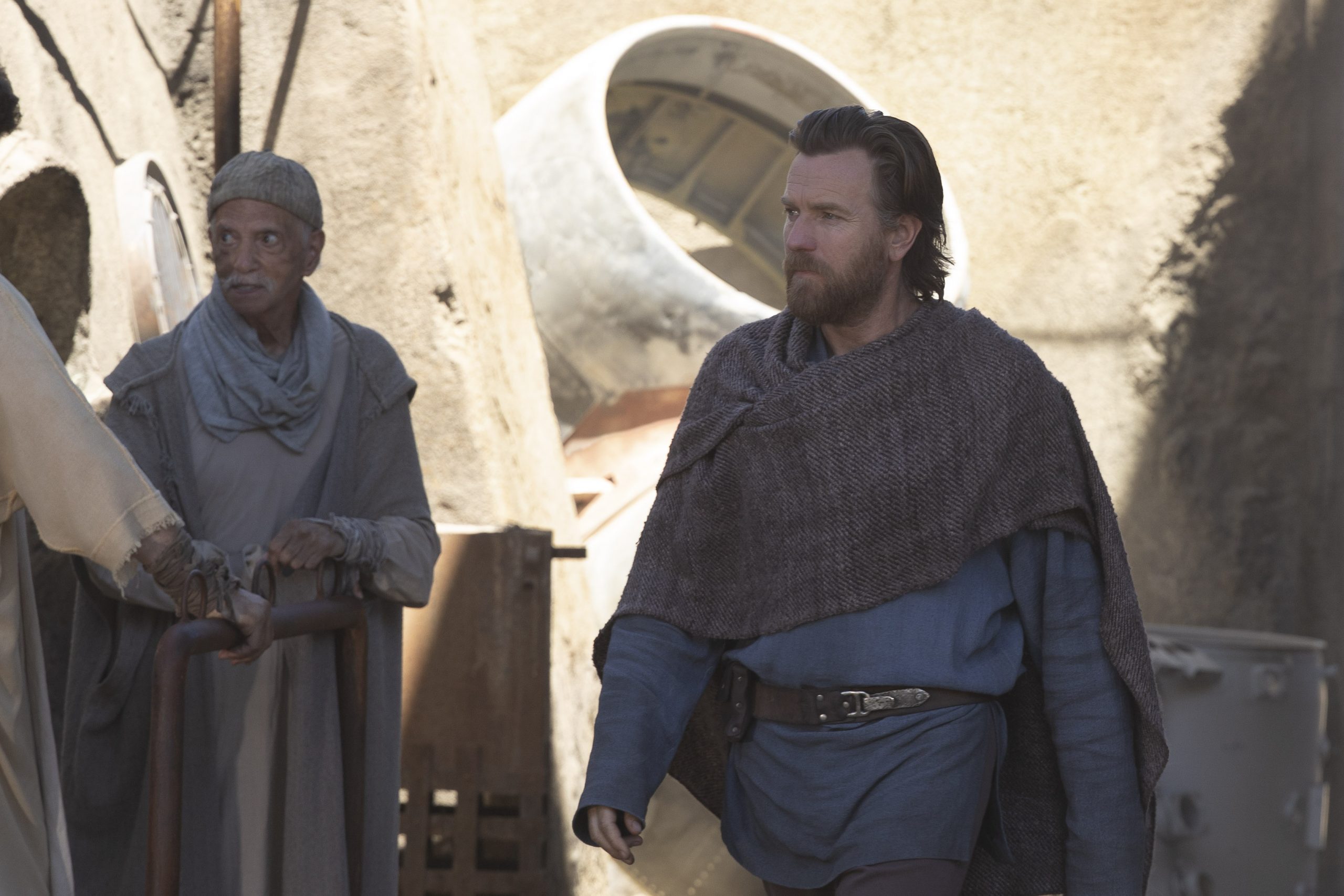 Instead, Kenobi has completely given up on being a Jedi telling another Jedi who sought him out, “You must leave. You’ll draw too much attention.”

He then advises this Jedi to take his lightsaber and “walk into the middle of the desert and bury it in the ground. Stay hidden. Live a normal life.” Kenobi also informs him, “The fight is done. We lost. … The time of the Jedi is over.”

Not only does he advise this Jedi to give up, but it’s revealed later in the episode that Kenobi actually took his own advice when he goes to the middle of one of Tatooine’s many deserts and uncovers his lightsaber that he buried.

Granted Stanton is only credited on the final two episodes of the series, but even looking at those episodes you can see that he wasn’t really handicapped by canon as Kenobi has left Tatooine and exposed himself to the machinations of the Empire and Darth Vader.

This is in direct contradiction to George Lucas’ comments about Kenobi during the Revenge of the Sith Story Conference where he noted, “Ben takes one and gives him to a couple out there on Tatooine and he gets his little hideout in the hills and he watches him grow. Ben can’t raise Luke himself, because he’s a wanted man.”

On top of Kenobi being away from Tatooine, he’s also in the company of Princess Leia who he rescued from the Inquisitors. Inquisitor Reva had previously hired a number of mercenaries to kidnap Leia.

Kenobi not only rescued her from the mercenaries, but when the two were split up on the planet Mapuzo, Leia was captured by Reva personally. He also rescued her when she was taken to Fortress Inquisitorious.

In the original film, Leia sends a message to Kenobi that heavily implies she has never met Kenobi before, “General Kenobi, years ago you served my father in the Clone Wars. Now he begs you to help him in his struggle against the Empire. I regret that I am unable to present my father’s request to you in person, but my ship has fallen under attack  and I’m afraid my mission to bring you to Alderaan has failed. I have placed information vital to the survival of the rebellion into the memory systems of this R2 unit. My father will know how to retrieve it. You must see this droid safely delivered to him on Alderaan. This is our most desperate hour. Help me Obi-Wan Kenobi. You’re my only hope.”

In the sixth and final episode, Stanton makes numerous changes to canon including the inclusion of Qui-Gon Jinn as a Force Ghost, the duel between Vader and Kenobi, and maybe the most egregious of all is Reva discovering Luke’s home on Tatooine and attacking both Uncle Owen and Aunt Beru.

In the case of Qui-Gon Jinn being shown as a Force Ghost, in Star Wars: The Clone Wars’ “Voices,” Jinn reveals to Yoda that he cannot show himself explaining, “My training was incomplete. All energy from the Living Force, from all things that have ever lived feeds into the Cosmic Force, binding everything and communicating to us through the midi-chlorians. Because of this I can speak to you now.”

Nevertheless, Qui-Gon appears as a Force Ghost in Obi-Wan Kenobi. The duel is clearly a break in the original canon as Kenobi stays on Tatooine and never leaves the planet, working with Qui-Gon Jinn to perfect his training to become one with the Force. And finally Reva’s discovery of Luke shows Kenobi as a failure in his duty to oversee Luke and keep him away from anyone involved with the Empire or the Dark Side of the Force.

Ironically, Reva’s ultimate decision to not kill Luke also leads one to question why Kenobi would think that Vader was irredeemable throughout the original trilogy despite seeing at least a minor conversion from evil with Reva.

What do you make of Stanton’s claims about being handicapped and frustrated with having to stick to canon despite the show throwing it out the window anyways?