Bass Reeves was a U.S. Marshal who is said to have brought over 3,000 wanted men to justice during the days of the Wild West. And Bounding into Comics spoke exclusively with illustrator David Williams about Bass Reeves: West of Hell, his new graphic novel that tells the “sweeping tale” of the legendary lawman. 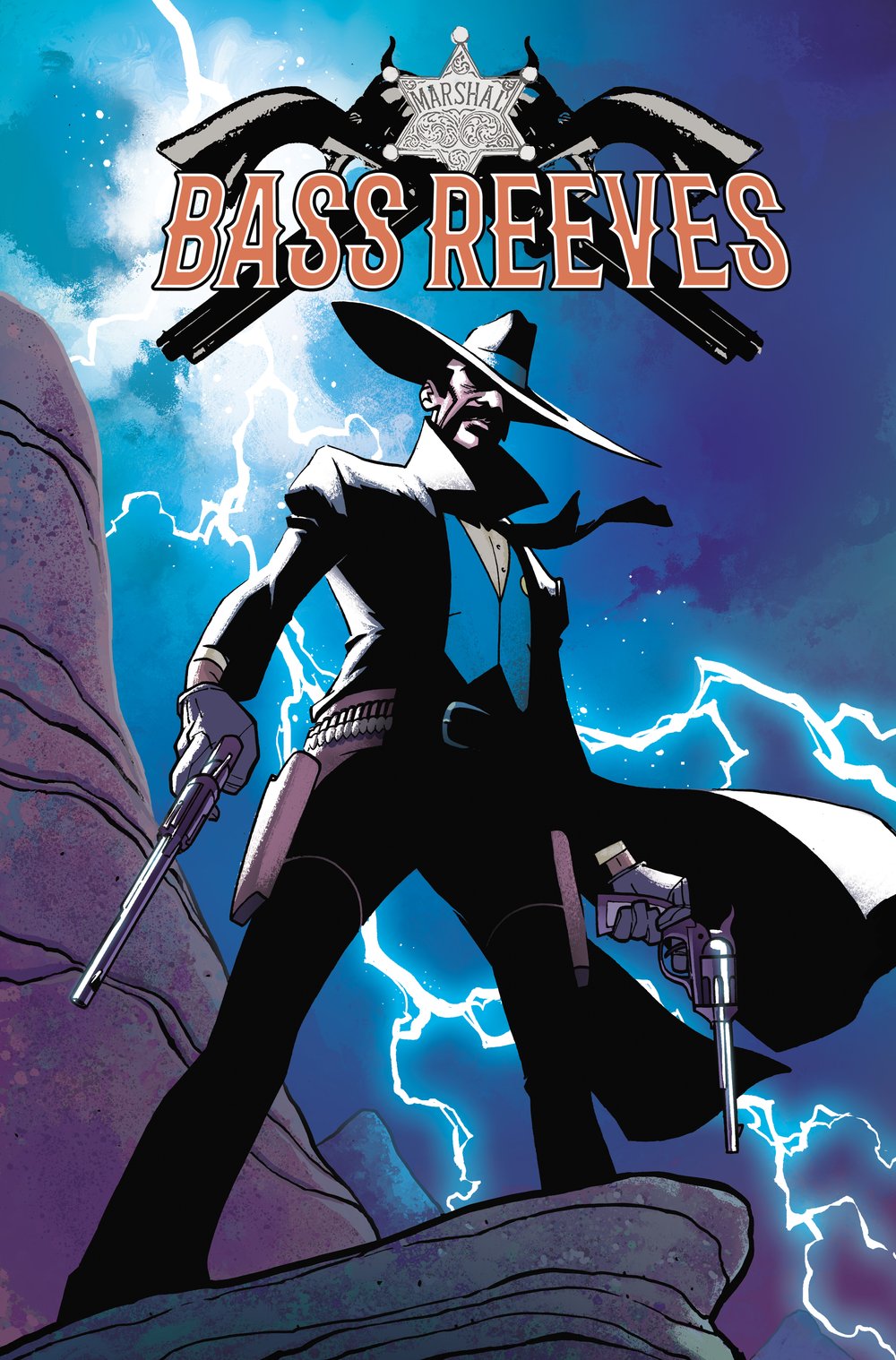 Williams, of course, isn’t the only one responsible for the book. Kevin Grevioux authored it, Eric Weathers lettered it, and Gabe Eltaeb and Kesley Shannon are its colorists.

The graphic novel collects six issues of the Bass Reeves comic book, “including 3 that have not been released in physical copies.” All told, the Allegiance Arts & Entertainment crowdfunded book is set to have 136 pages.

Bounding into Comics: How did you become involved with the Bass Reeves project? Had you known of him beforehand?

David Williams: I met [Allegiance Arts & Entertainment founders] Mitch and Elizabeth [Breitweiser] at a Heroes Con comic book convention many moons ago. I was a fan of their work and geeked out for a moment when I was passing their table; we chopped it up and stayed in touch online.

As for knowing about Bass before meeting them . . . yes. I was ruminating about him for about ten years prior and was thinking about doing my own book about him. 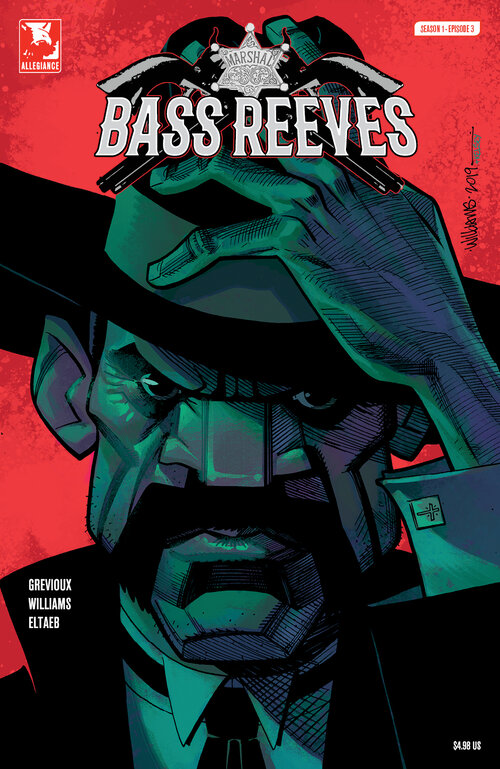 You know, I was a tad embarrassed that I learned about him so late in life; another reason why I had to do this book when Mitch and his Allegiance Arts offered their take on Bass.

People should really get to know about Bass and his incredible story. This is a heightened great comic book version of the real story of the man.

I’m forever grateful to Mitch and Elizabeth for giving me the opportunity to draw this book. It has been a Godsend. 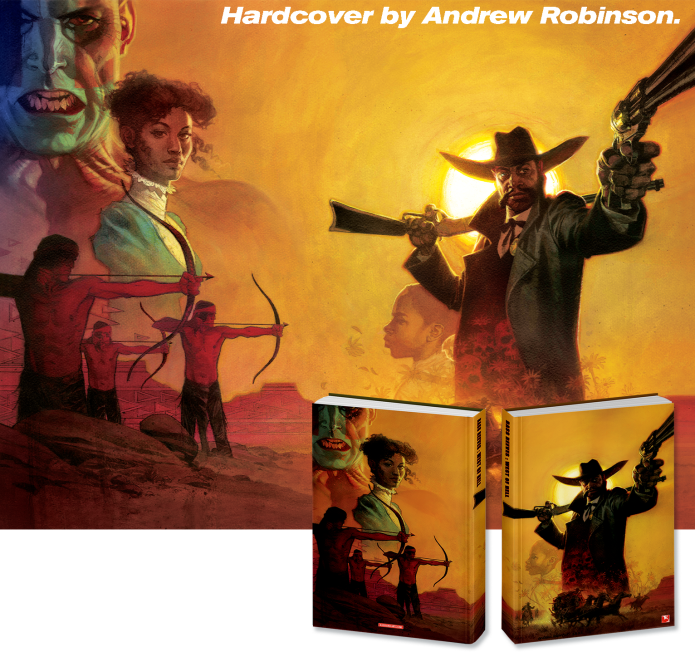 BiC: The Western genre is quite different from the superhero illustrations that you are known for. How did you handle that transition and what inspired your style for this book and for its principle protagonist?

DW: I’m an artist that gets bored quick. So I’m changing things up in my approach each project.

I blame the fact that I worked in animation and consumer products [for why I’m] always looking for the next thing visually to tackle. Those types of jobs require you to have a very malleable style from job to job.

This was VERY different from anything I ever did before. I took inspiration from several other great artists to come up with this style: Ernie Barnes, Robert Valley, Jamie Hewlett, and Andrew Robinson.

I had to because I didn’t want it to look like a typical Western comic that is ultrarealistic and drowned in sepia tones. This needed to be a li’l mo’ funky to stand out.

Also, I can’t compete with the great Allegiance Arts talents of Mitch, Butch Guice, and Kelsey Shannon. I had to do something drastically different for my book to stand out amongst that power house of talent. 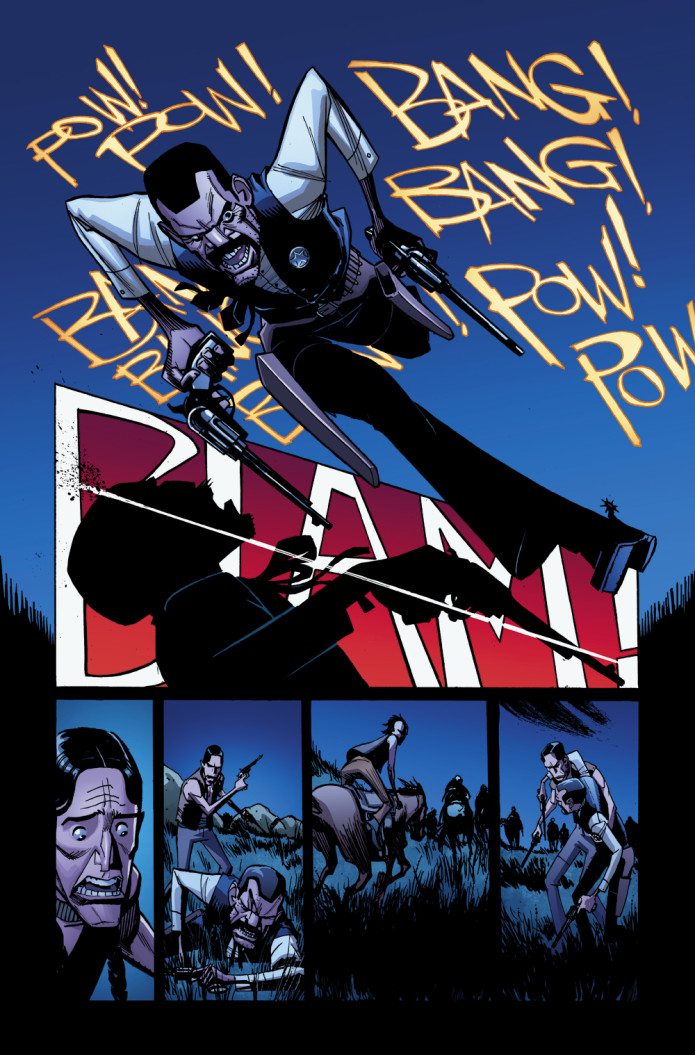 BiC: Among the myriad of Bass Reeves film and TV presentations available, what makes this graphic novel version unique? And what do you think the future holds for the character?

DW: Well I’m drawing it . . . DUH. 😉 All kidding aside, comic books are an American art form that we (Allegiance Arts) and many others are trying to keep alive, and pass forward, and have passed forward for generations to come, just like Superman, Archie, and Mickey Mouse.

Our real life greats in history should be looked upon with the same reverence as those fictional characters, if not more, and not willfully lost. I champion any light that Bass gets. 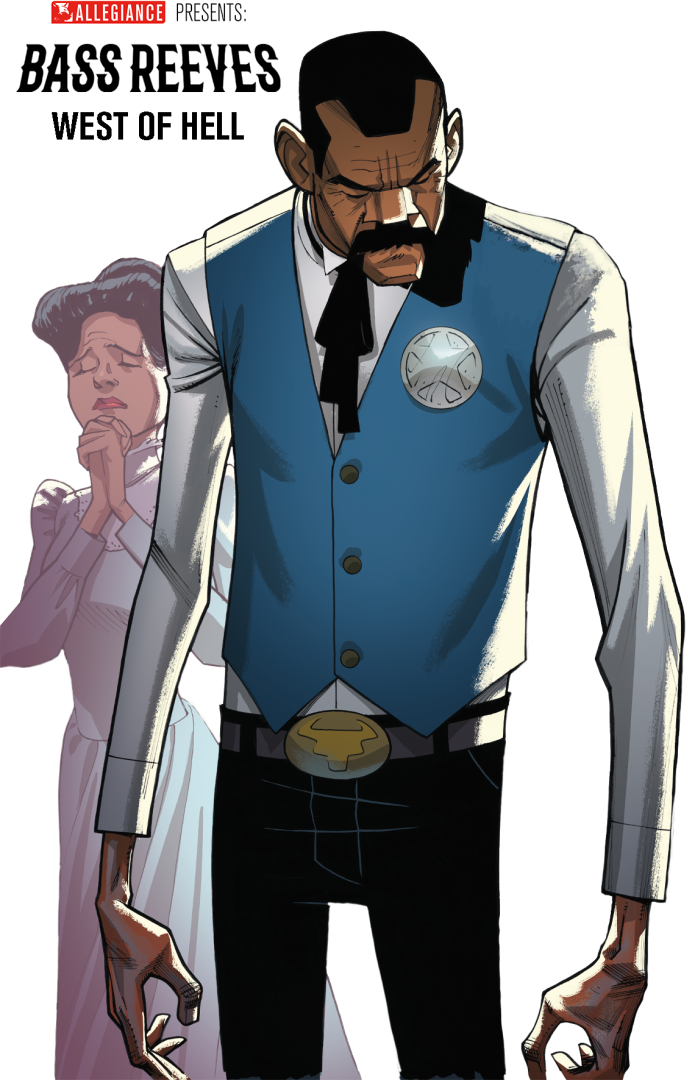 RELATED: While ‘The Rings of Power’ Crashes And Burns, ‘The Antediluvian Legacy’ Is Tolkien-Like Fiction Done Right

BiC: What did you find most challenging about this project and how did you overcome it? What was the most fun? 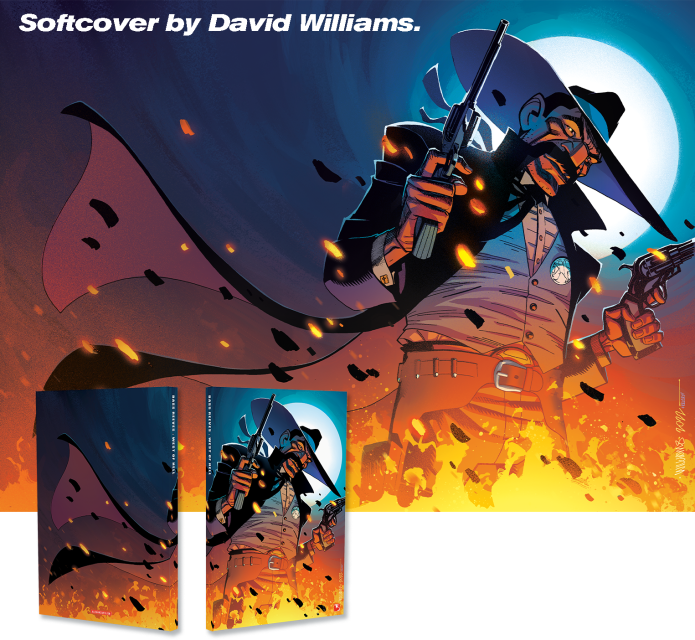 BiC: What about Bass Reeves’ story inspired you, and what (if anything) do you want readers to take away from the book?

DW: Kevin’s script. It hit close to home. Literal tears in the pages I drew between Bass and his son.

What do I want people to take away from the book? Good guys are real and Allegiance Arts are giving them a voice. 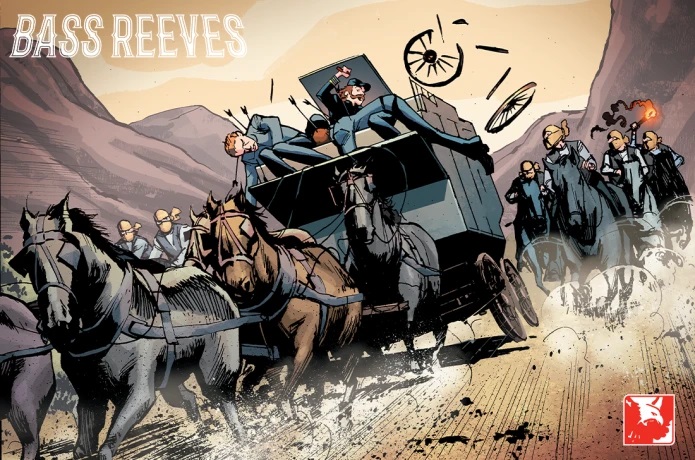 Bass Reeves: West of Hell is set for fulfillment in February 2023. And you can still support it on Indiegogo through its in-demand status.

NEXT: Interview: Luciano Cunha Launches ‘Mr. Now,’ a Superhero Story With A Twist