In a moment of rare clarity from Hollywood – albeit a potentially accidental one –  the new film Tár features a moment wherein its title character scathingly cuts through the facade of modern day identity politics. 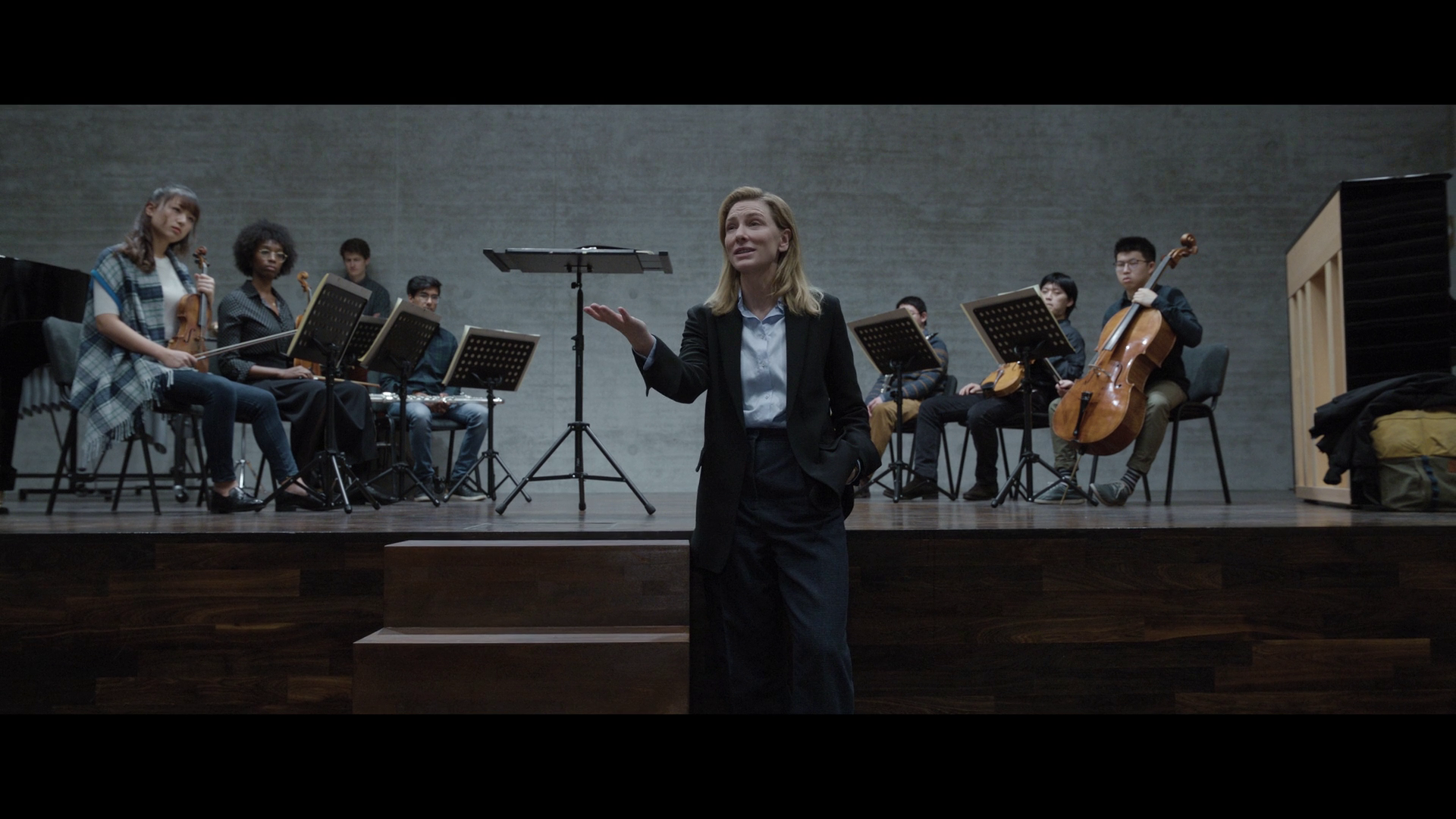 Starring Cate Blanchett in the role of its eponymous lead, Tár follows the life of fictional composer-conductor Lydia Tár as it begins to crumble under the weight of her own ego and strain her personal relationships, all of which eventually results in her brutal fall from grace (and subsequent Capcom-related step towards redemption). 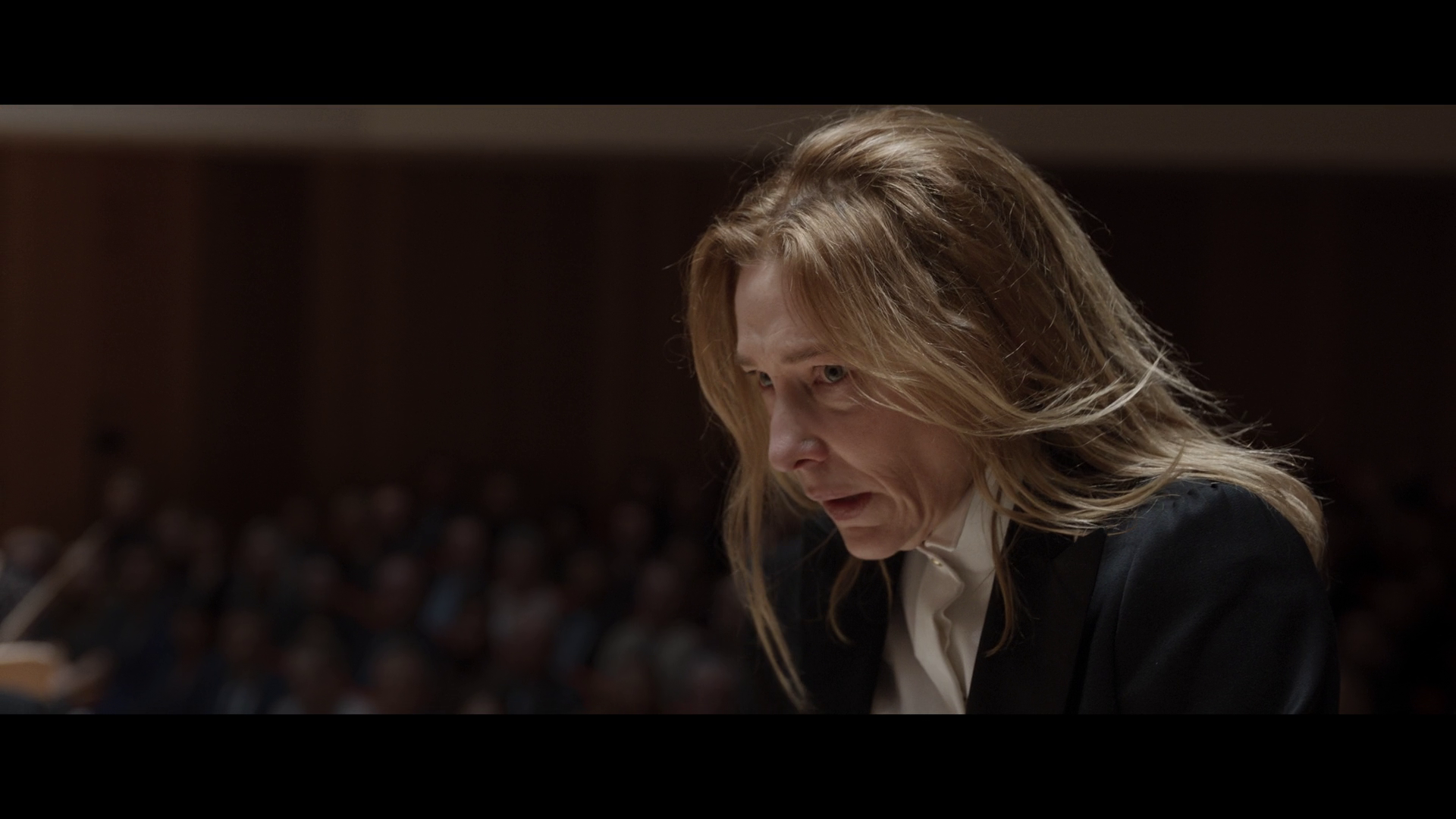 However, while Lydia’s character is portrayed at its core as narcissistic and self-serving, her pretentious attitudes allow for a ‘stopped clock’ moment regarding the inherently insulting and destructive nature of identity politics – particularly as it relates to art – in the film’s early moments.

As seen in the below clip shared by Twitter user @AgingWhiteGay, While serving as a guest orchestra teacher at the renowned Julliard performing arts school, Lydia encounters Max (Zethphan Smith-Gneist), an aspiring composer currently enrolled in her class.

If Cate Blanchett being absolutely based and dragging gender identity race politics in her new dramatic role in the film TÁR does not win her her next Academy Award, I will f**king scream. pic.twitter.com/PF0CicDTcl

RELATED: The Mandalorian Actor John Leguizamo Admits His Embrace Of Identity Politics Lost Him Half His Fans, Also Claims He Stayed Out Of The Sun To Stay “Light-Skinned” In Order To Get Work In Hollywood

During one lecture, in an attempt to reach out and spark introspection within her student, Lydia plays Johann Sebastian Bach’s Prelude in C major, BWV 846 from The Well-Tempered Clavier for Max on a piano while reflecting with him on the “humility” within the classical composer’s work. 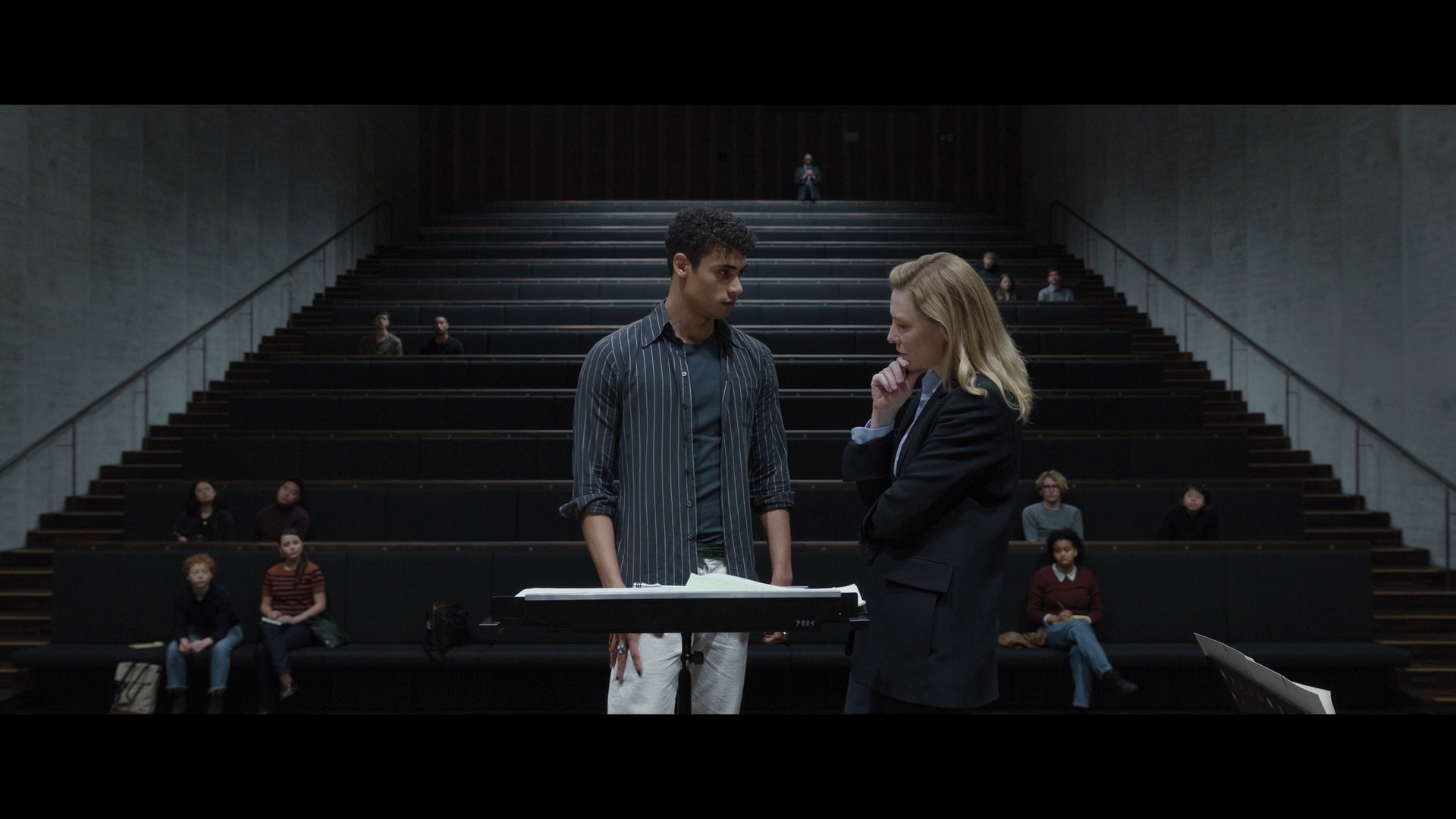 “He’s not pretending he’s certain about anything,” opines Lydia. “‘Cause he knows that it’s always the question that involves the listener. It’s never the answer, right?”

Turning the question to Max, Lydia inquires “What do you think?”, to which the young man admits, “You play really well, but nowadays, white, male, cis composers – just not my thing.” 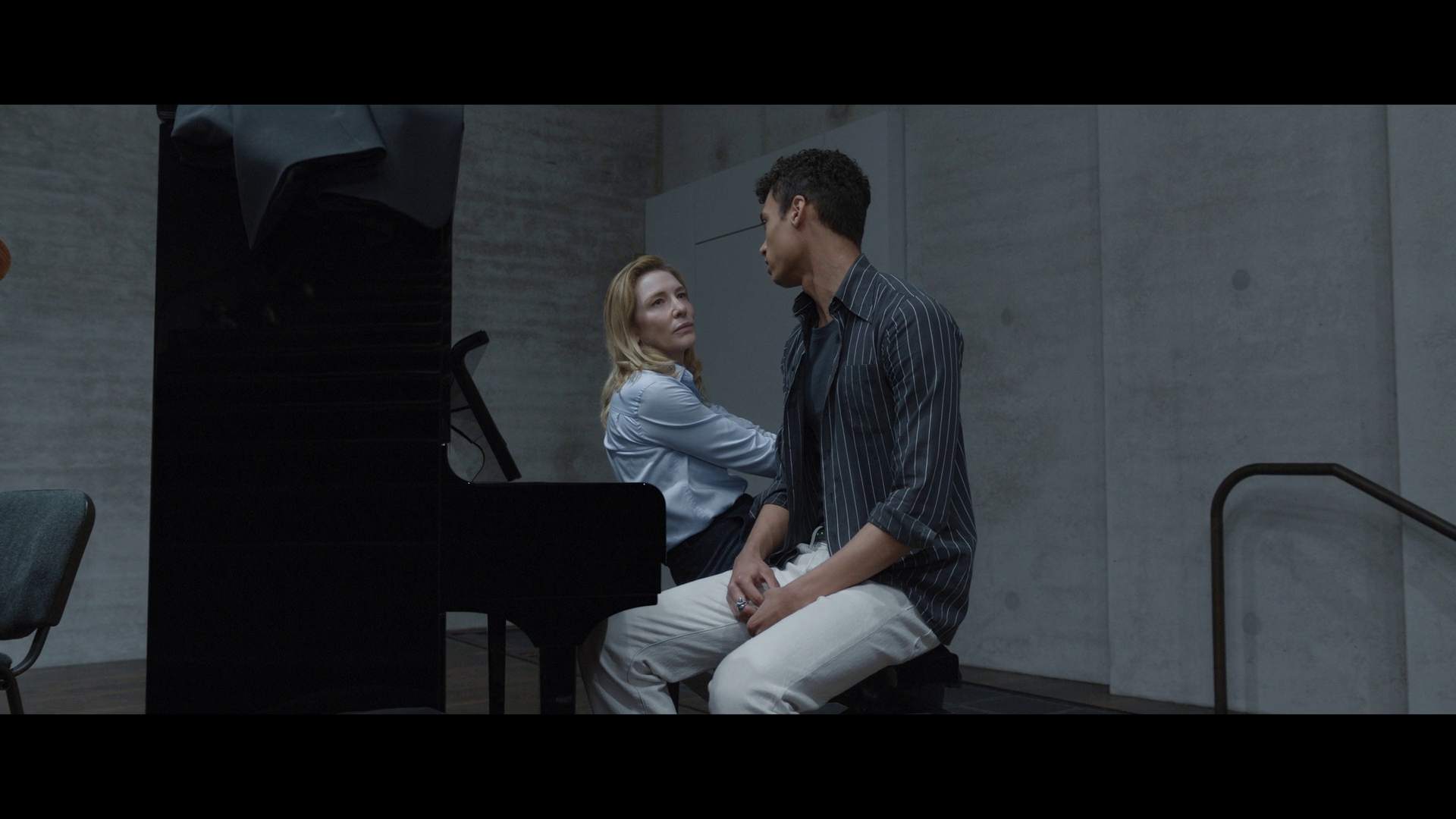 Whether motivated by her own self-important view of her career, cruelty, or possibly even a genuine appreciation for the arts, Lydia quickly counters, “Don’t be so eager to be offended. The narcissism of small differences leads to the most boring conformity.”

In turn, Max meekly admits, “I guess [French composer] Edgard Varèse is okay. I mean, I like Arcana anyway.” 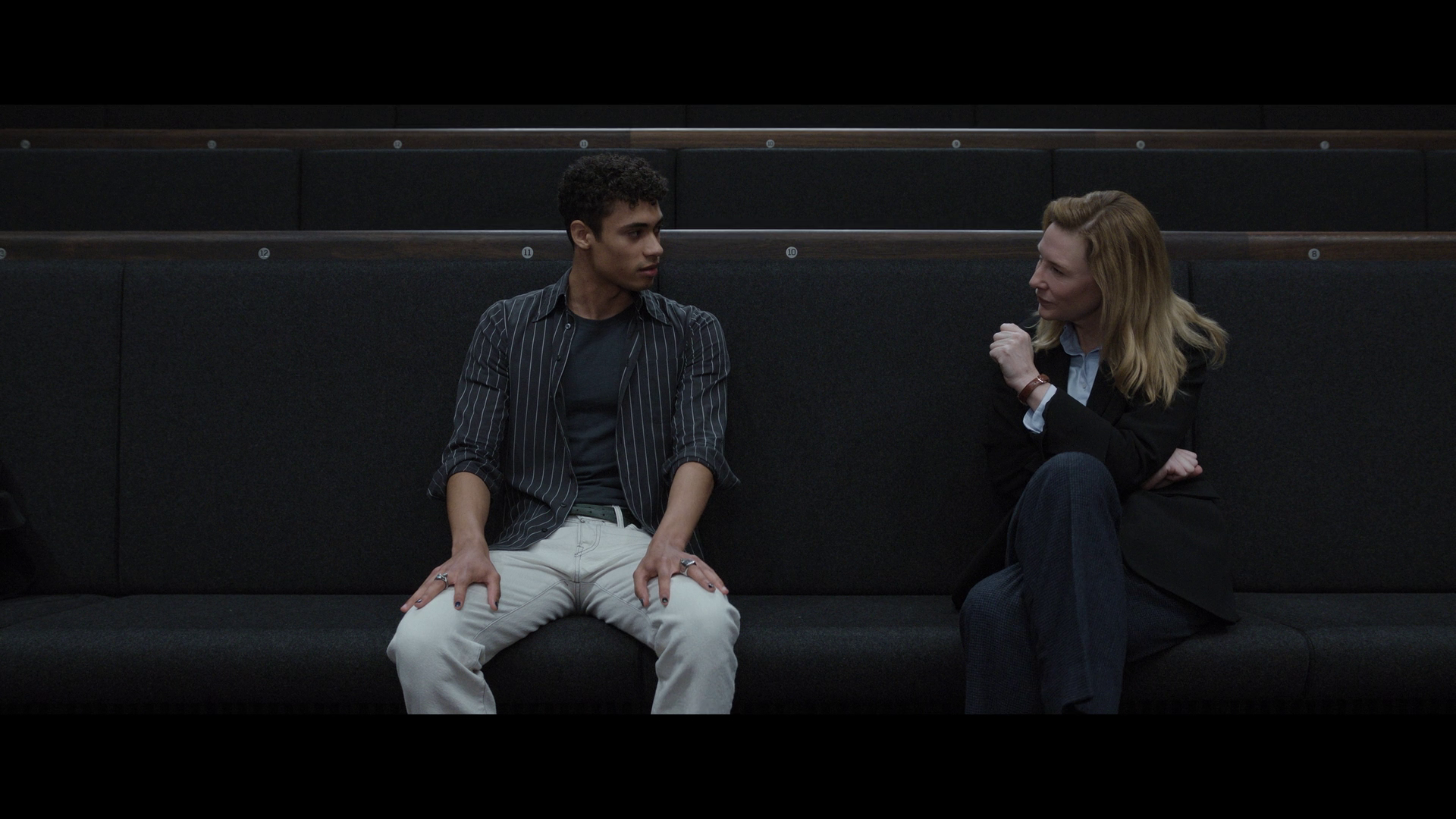 Seizing the teaching opportunity presented by Max, Lydia then asserts, “Oh, well then you must be aware that Varèse once famously stated that jazz was ‘a Negro product exploited by the Jews’ [an opinion offered by the composter 1928 as his defense of why the genre should not be considered to an American one].”

“Didn’t stop Jerry Goldsmith from ripping him off for his Planet of the Apes,” she notes. “It’s kind of a perfect insult, don’t you think?” 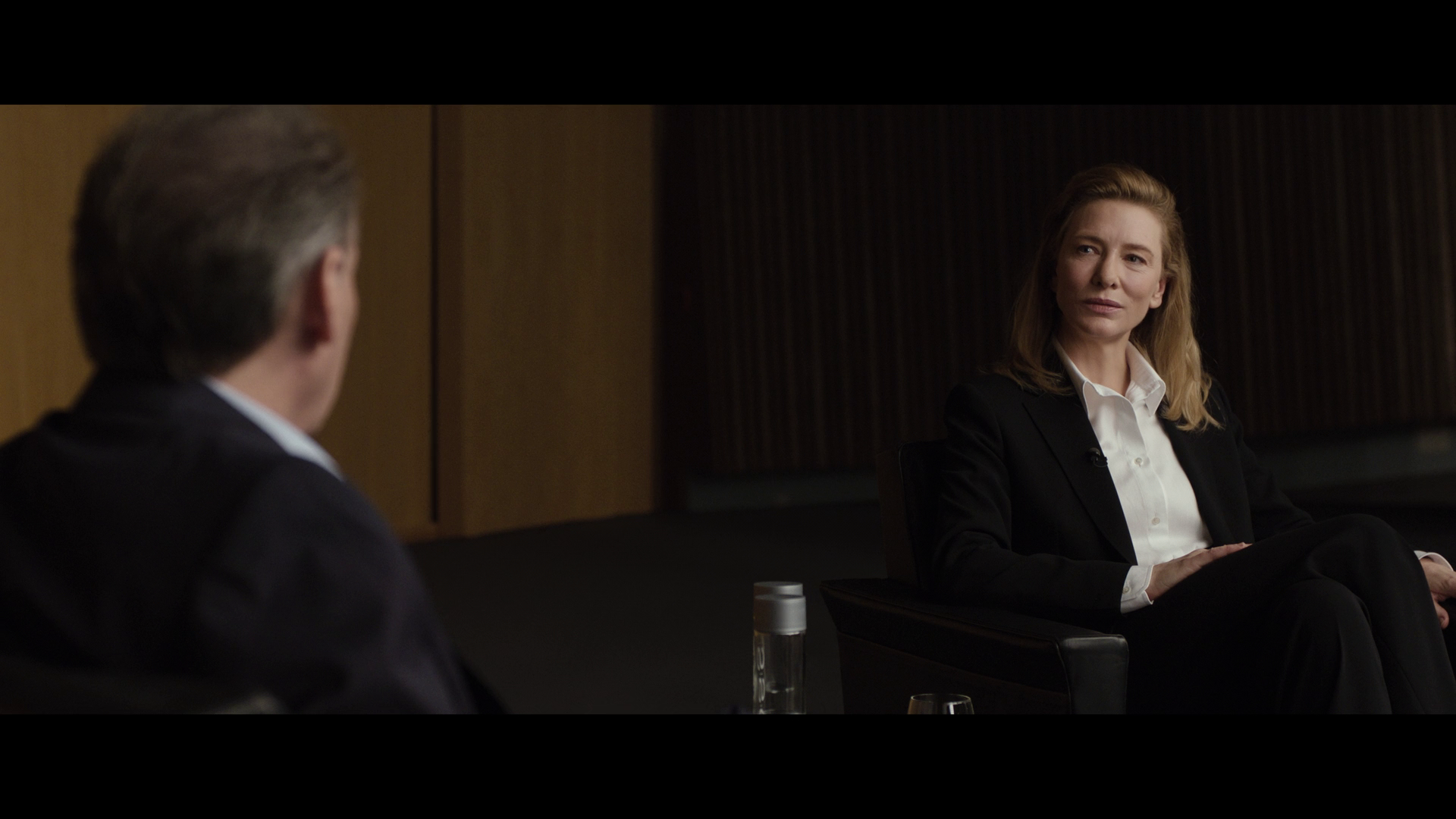 Lydia Tár (Cate Blanchett) gives an interview to Adam Gopnik (himself) at The New Yorker Festival via Tár (2022), Universal Pictures

Proceeding to move around the classroom, all the while her intentions locked on Max, Lydia bluntly explains, “But you see, the problem with enrolling yourself as an ultrasonic epistemic dissident, is that if Bach’s talent can be reduced to his gender, birth country, religion, sexuality, and so on, then so can yours.”

“Now, someday, Max, when you go out into the world and you guest conduct for a major or minor orchestra, you may notice that the players have more than light bulbs and music on their stands,” she warns. “They will also have been handed rating sheets, the purpose of which is to rate you.” 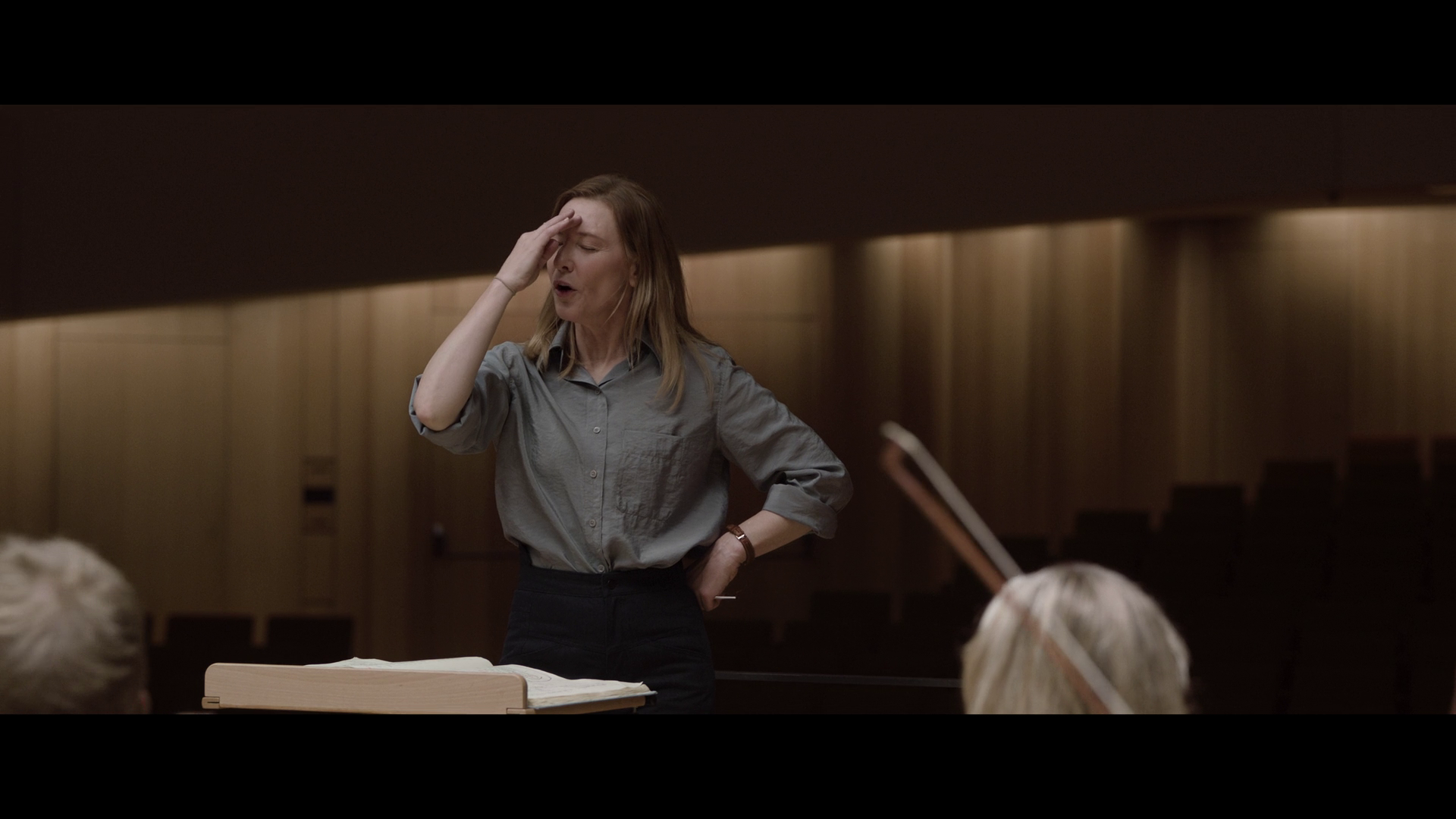 Lydia Tár (Cate Blanchett) lets her frustrations get the best of her via Tár (2022), Universal Pictures

“Now, what kind of criteria would you hope that they would use to do this?” Lydia asks. “Your score reading and stick technique, or something else?”

Met with silence from Max, Lydia turns to the rest of the class and puts forth the same proposition to them. “All right, everyone,” she prompts them, “using Max’s criteria, let’s consider Max’s thing.” 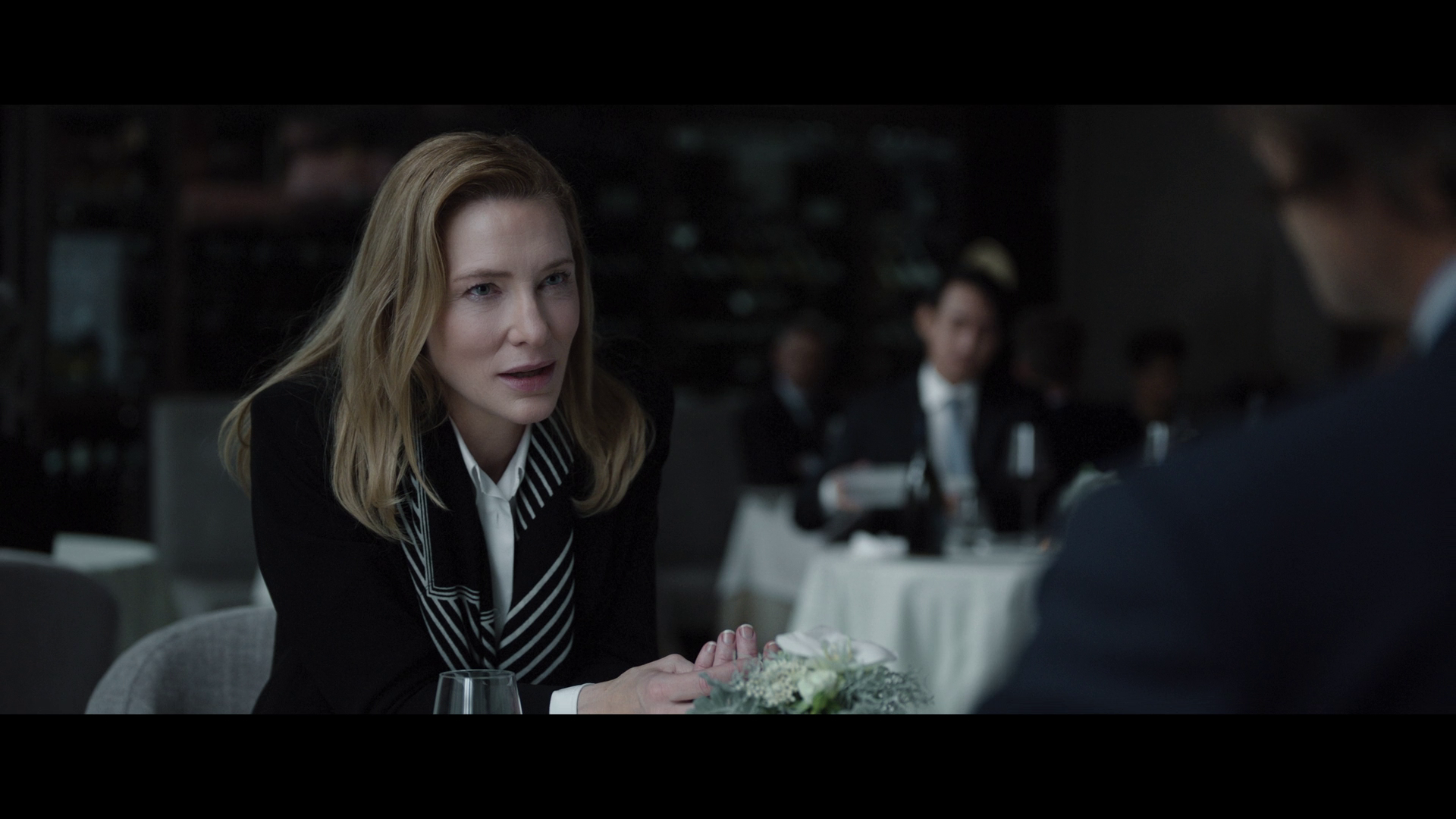 Putting forth Icelandic composer Anna S. Þorvaldsdóttir as the subject of their exercise, Lydia inquires of her students, “Now, can we agree on two pieces of  observation?”

“One, that Anna was born in Iceland,” she asserts, before somewhat jokingly observing, “And two, that she is, in a, I don’t know, Waldorf teacher kinda way, a super hot young woman.” 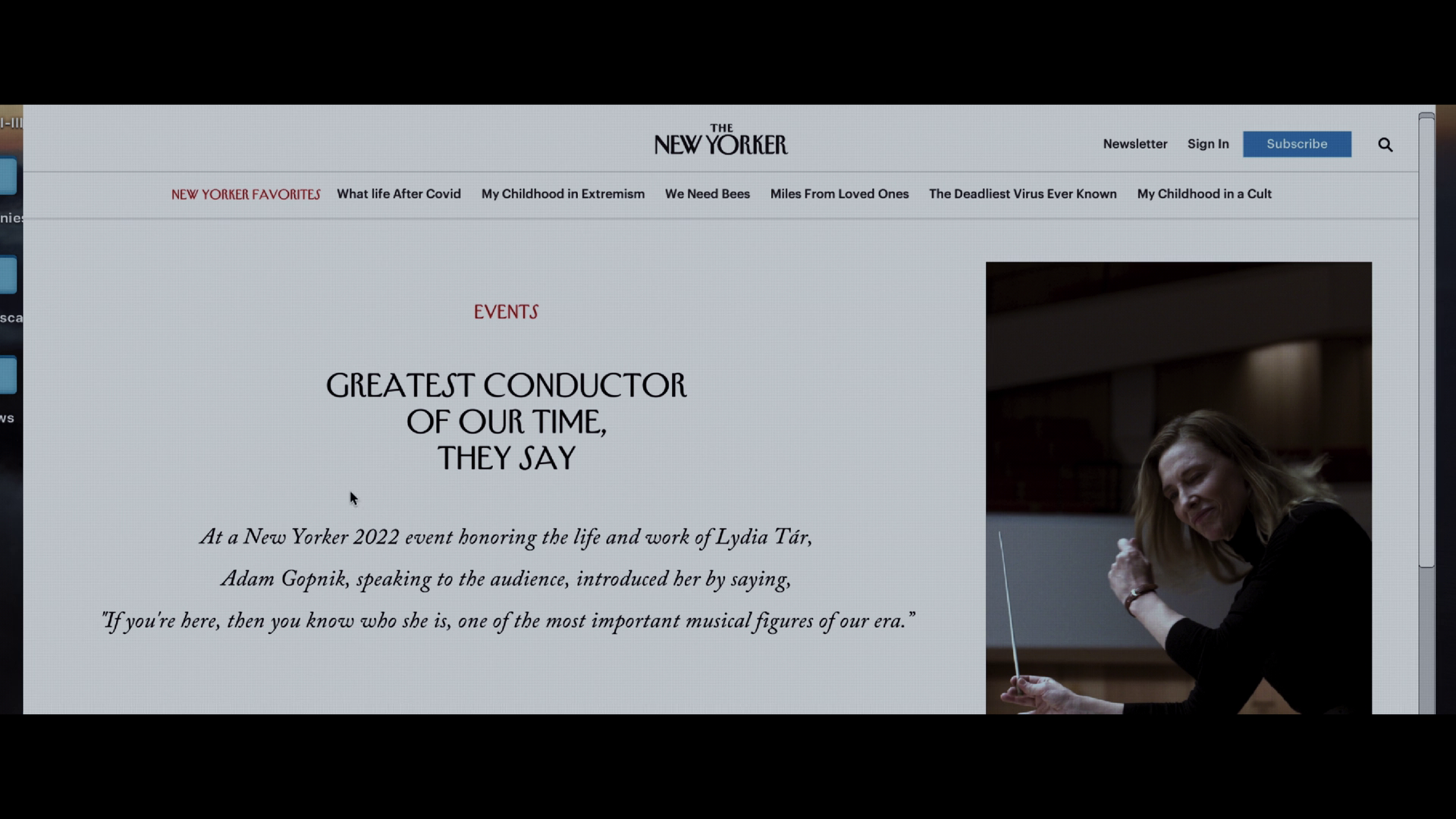 Taking a poll of her class with a quick show of hands and finding that most of the students agree with these two statements, Lydia next invites them to “turn our gaze back to the piano bench up there and see if we can square how any of those things possibly relate to the person we see seated before us.”

However, before anyone can say a word, Max collects his things and storms out of the classroom. 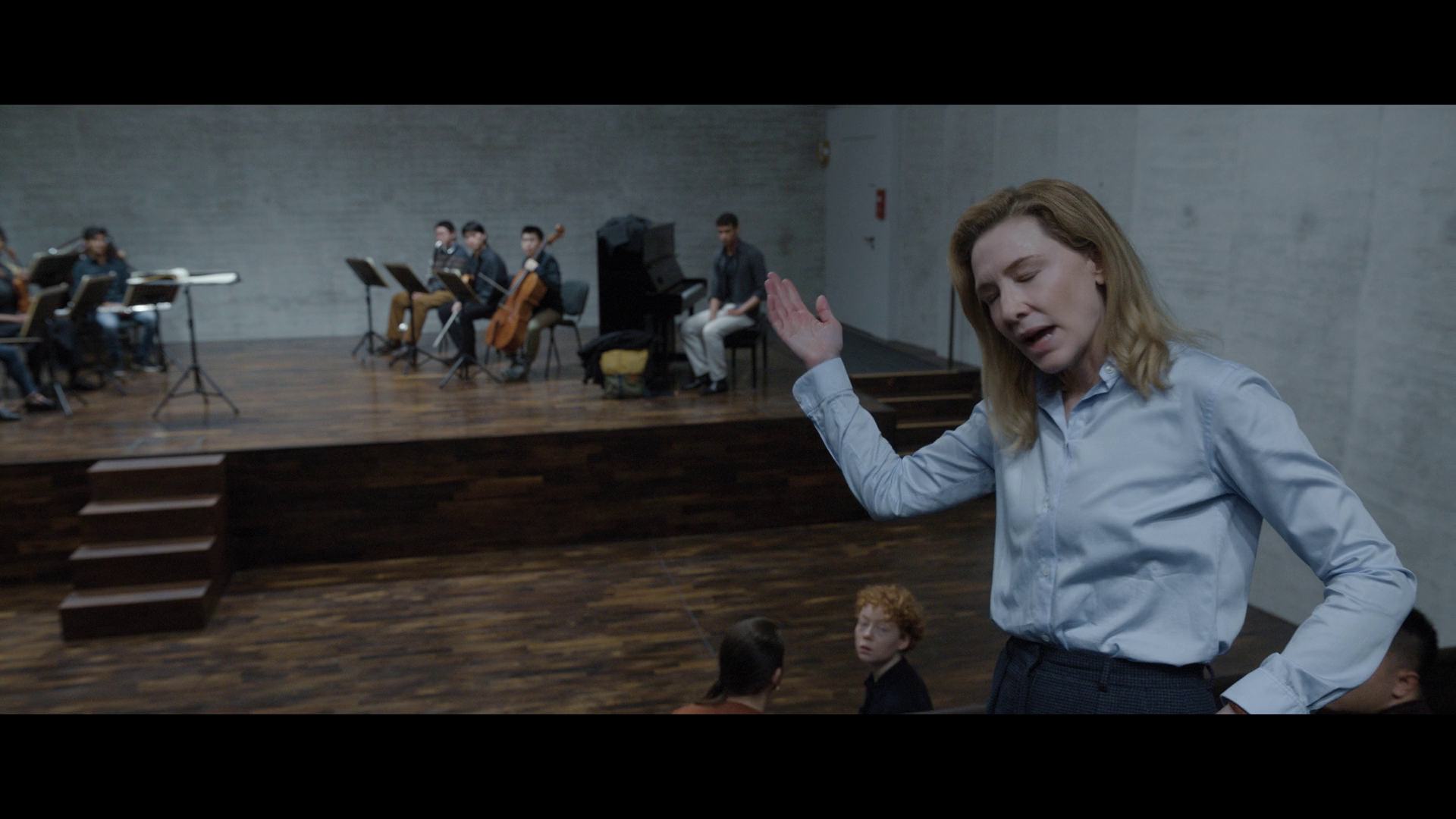 Lydia Tár (Cate Blanchett) calls on her class to use Max’s (Zethphan Smith-Gneist) identity politics lens against him via Tár (2022), Universal Pictures

“You’re a f—ing bitch,” he snaps as he makes his way past Lydia to the exit, to which she counters, “And you are a robot. I mean, unfortunately, the architect of your soul appears to be social media.”

“You want to dance the mask, you must service the composer,” the teacher concludes as the door closes behind Max. “You gotta sublimate yourself, your ego, and yes, your identity. You must, in fact, stand in front of the public and God and obliterate yourself.” 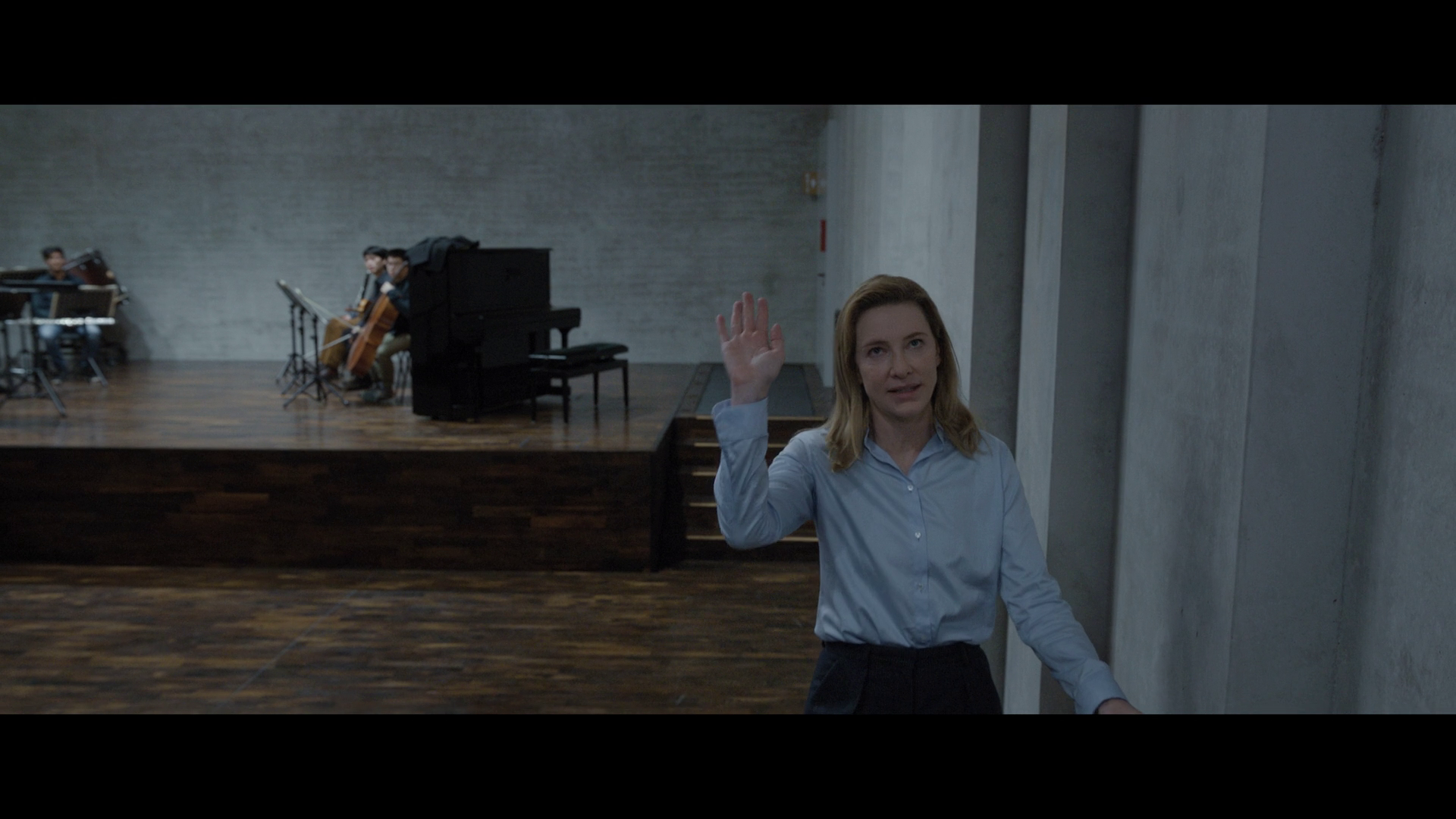 Following a limited theatrical release on October 7th and a further branch out into a slight few more theaters on October 28th, Tár is now available for digital download from most major platforms. 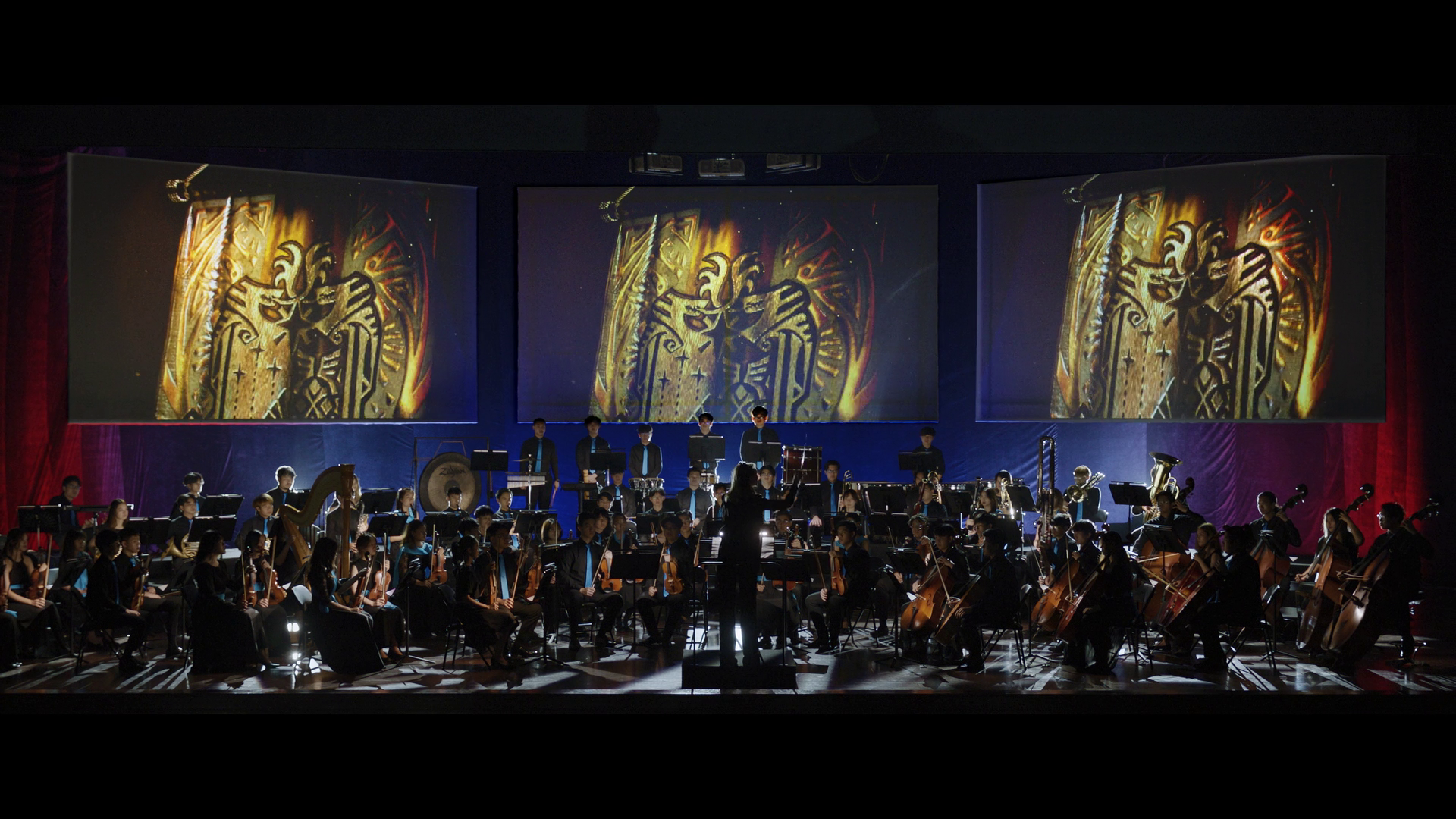