After a litany of  rumors, casting speculation, fan hype, it looks like we finally have a skeletal patchwork of what the teaser trailer for the upcoming Spider-Man: No Way Home could possibly look like. 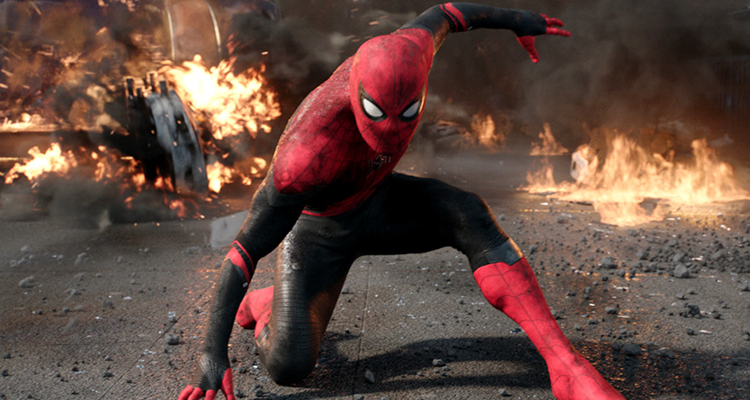 Yes, in classic Marvel fashion, the Spider-Man: No Way Home Trailer has apparently leaked online – albeit as a second-hand, potato quality recording featuring a heavy amount of unfinished CGI.

As of writing, amidst a number of Sony takedowns, at least one user has the “trailer” still up, so see it while you can!

If you’ve been following any of the rumored leaks for this movie over the past year, you’re likely up to snuff on the many casting rumors surrounding which characters are poised to show up in the film, which have hinted at reappearances by such characters as Jamie Foxx’s Electro (The Amazing Spider-Man 2), Alfred Molina’s Doctor Octopus (Spider-Man 2), and even Matt Murdock (Netflix’s Daredevil).

From the looks of this “trailer”, it looks like, at the very least, those last two characters are set to appear in No Way Home. 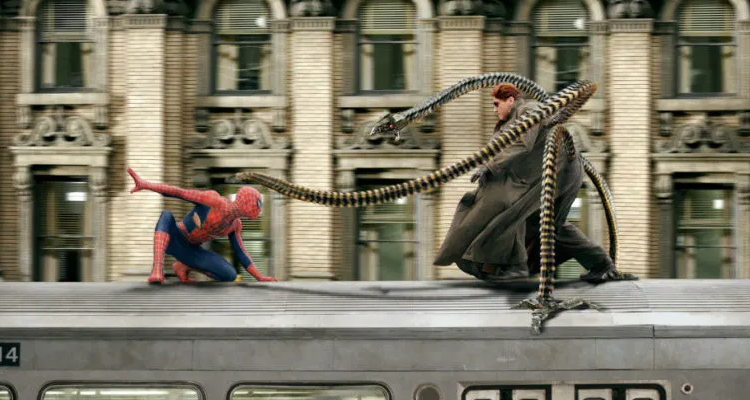 The “trailer” opens on Peter and MJ sitting on top of a rooftop pondering the events seen at the conclusion of Spider-Man: Far From Home, where Spider-Man’s secret identity was made public by Mysterio through a news broadcast hosted by an Alex Jones-type J. Jonah Jameson, with J.K. Simmons reprising the role from the earlier Sam Raimi films.

There’s even scene in an interrogation room where Peter has to plead his innocence that he didn’t kill Mysterio, wherein it appears that we get a shot of what looks like someone with rose-tinted glasses and a suit giving Parker the rundown of the events of the last film and how the drones were his to control.

While speculation has swirled that Charlie Cox is set to show up in the film as Peter’s defense lawyer, with the quality of the video, it’s unclear if this is, in fact, Matt Murdock.

We then get a montage of scenes showing both Spider-Man walking and Peter Parker walking through various crowds of large people, with everyone looking at him with distrust.

Eventually, Parker comes up with a solution: go to Doctor Strange.

In the Sanctum Sanctorum, Peter asks the Sorceror Supreme to make the world forget that he and Spider-Man are one in the same. As Strange starts to conjur a spell that would make everyone lose their memory of Spider-Man’s secret identity, Peter’s begins to raise some objections, not wanting his closest friends and family to forget his secret.

Strange proceeds to tell Peter to pipe down, and after some swirling lights dance around the room, the deed is done.

However, the “trailer” next reveals shows that there are consequences for Peter’s messing with the current reality.

In a flurry of images, we see Spider-Man on a train facing off against an unknown character, who uses large parts of the environment to encapsulate both Peter and himself in a closed space

The train then flies off the rails and seemingly into the sky – hopefully a more finished version of this scene will give us clarity as to what exactly we’re seeing at this point.

We next see Strange knocking Spider-Man out of his physical body – much like the Ancient One did to him back in the first Doctor Strange film – before being presented with flashes of Spider-Man using the Iron Spider suit’s arms, a cacophony of lasers and explosions, and Strange uttering to Peter, “Be careful what you wish for, Parker.”

After more explosions, a new villain finally steps up to face off against the wall-crawler – or, more accurately, an old one.

The last shot of the “trailer” reveals none other than Alfred Molina, who portrayed Doctor Octopus in 2004’s Spider-Man 2, emerging from a flurry of dust and debris. He smirks, saying “Hello Peter” before striking a battle-ready pose.

Takedowns Across the Web

While there is some question to the legitimacy of this “trailer” – the footage and dialogue seem to be legitimate, but the unfinished CGI gives reason to pause – every video uploaded thus far has been taken down by Sony, as the studio attempts to mass remove any trace of the leak from the web.

What do you make of this unfinished footage? Sound off in the comments below or let’s talk about it on social media!