Lately, various manga series have brought up an interesting question: What is justice? 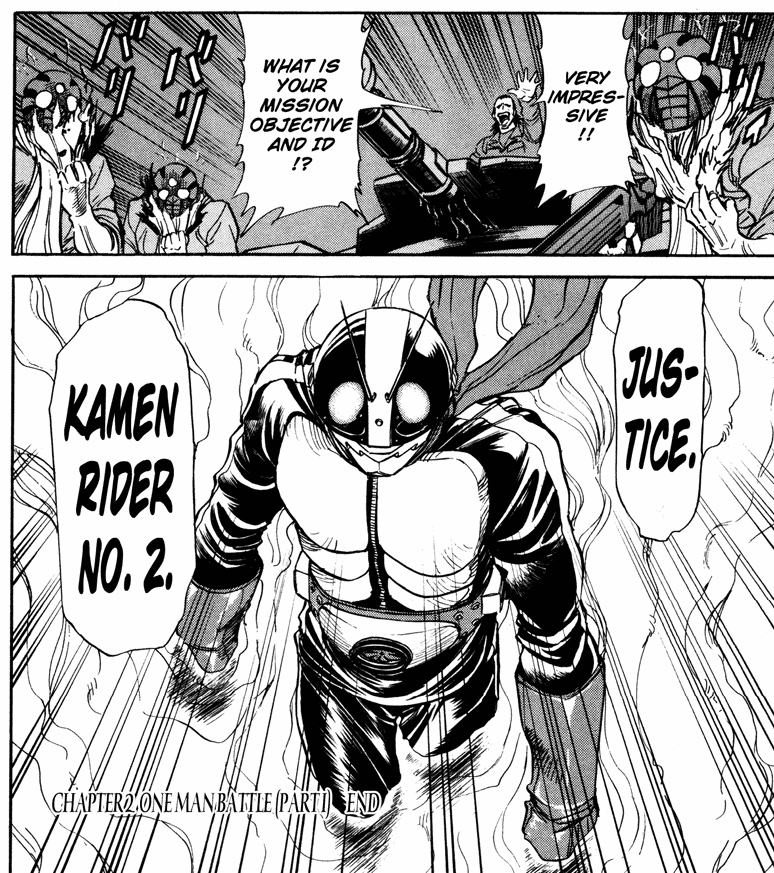 Sure, there is the general textbook definition of justice, but everyone’s own personal version of justice is different, even villains – I mean, just look at Twitter and the Western entertainment industry.

Sometimes, a villain will even pursue their brand of justice in the most ruthless way possible, with no regard for how warped or cruel their actions may be.

Of these diehard believers, the following four villains truly embody the concept of evil. 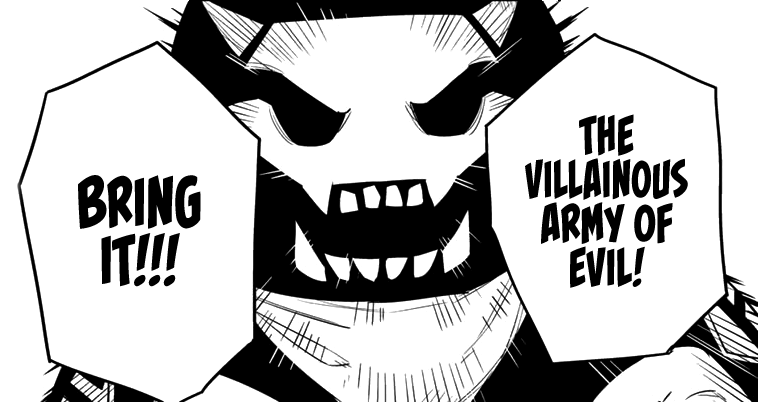 When it comes to villains, Fukuchi in Bungo Stray Dogs is by far the best over-powered villain. 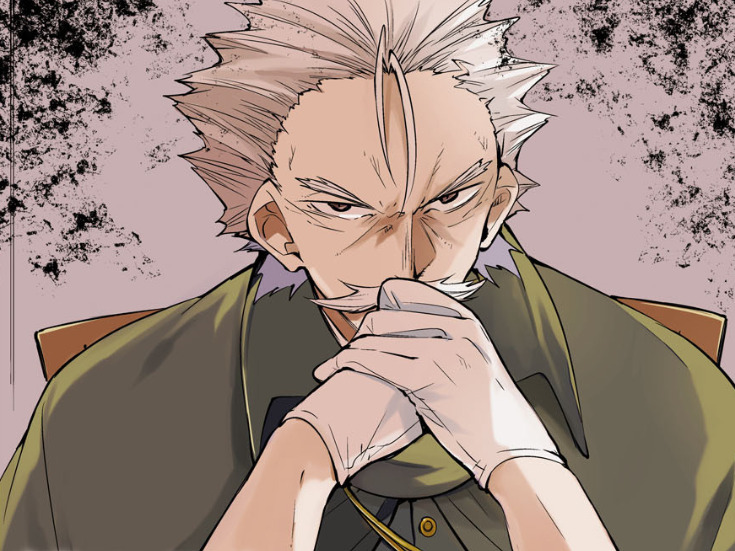 A world renowned war hero, Fukuchi leads a number of notable groups, including the Hunting Dogs, the terrorist organization The Decay of Angels, and the the United Nations anti-terrorism taskforce known as the Humankind Army.

(As an aside, the United Nations just went to Fukuchi’s office to beg him for help, proving that even in manga, the organization is a joke.) 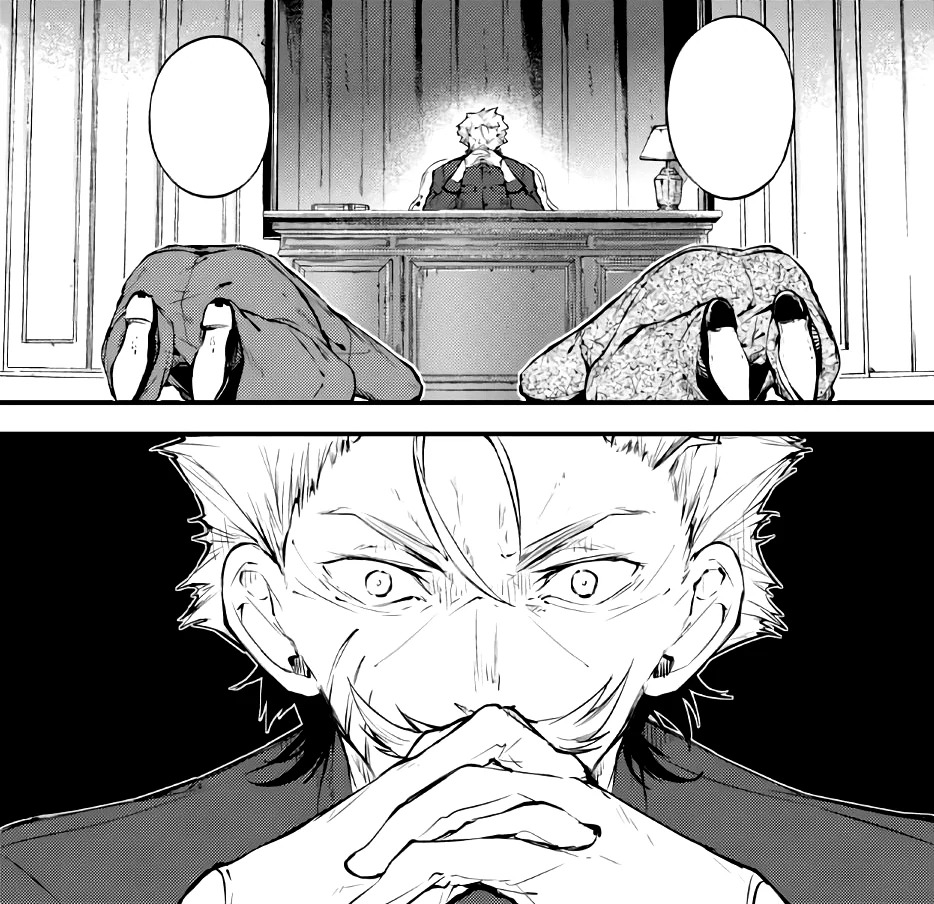 Though in reality just a man with a God complex, what makes Fukuchi the best villain is not just how distubring his plan is, but just how successful he has been in executing it.

After committing a number of atrocities during the Great War, including the tortuing and killing of anyone ranging from soldiers to civilian children, Fukuchi has since come to blame the government for his actions.

Taking issue with what he perceives as the world’s politicians carrying themselves like “heavenly beings” whom others below them can never home to compare, Fukuchi not only believes that all of them should die a painful death and be reborn, but that the only way to end all wars is to forcefully collapse “every nation”.

A two-fold plan which claims Atsugawa as its initial victim, the first element of Fukuchi’s plan seeks to use Bram’s mysterious Infection-type Ability to spread a virus and turn the world into vampires, and in turn use his new servants to gain control over half the world’s nations.

For those he cannot turn, the villain seeks to utilize the One Order weapon, whose power will allow him to literally control the members of the Humankind Army like they were puppets. Through this method, Fukuchi plans to use his human puppets to overthrow the remaining nations not under his vampiric control. 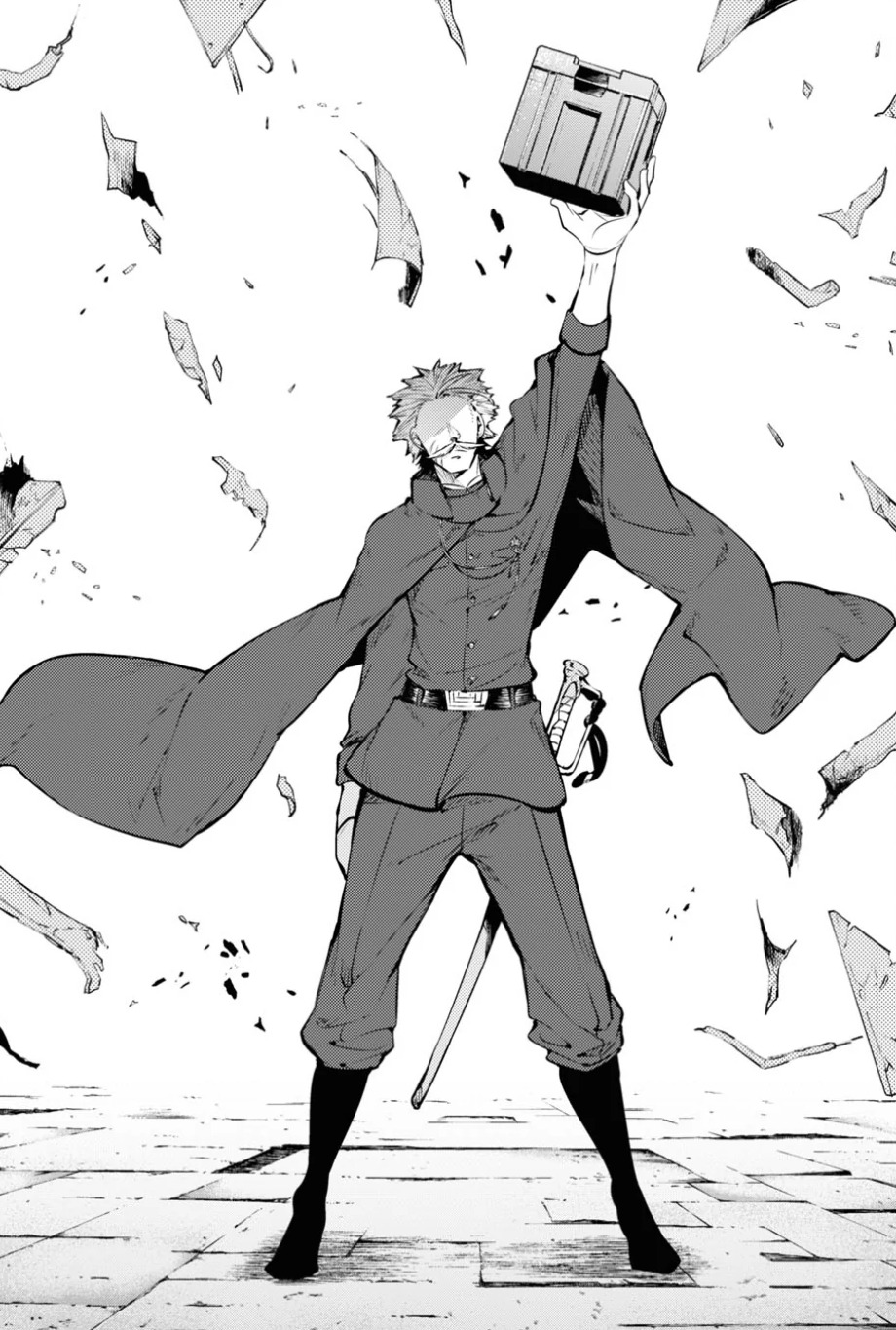 While arguments can be made that Fukuchi’s villainy is a product of his environment, Kyou on the other hand is just straight-up, pure, unadulterated evil. 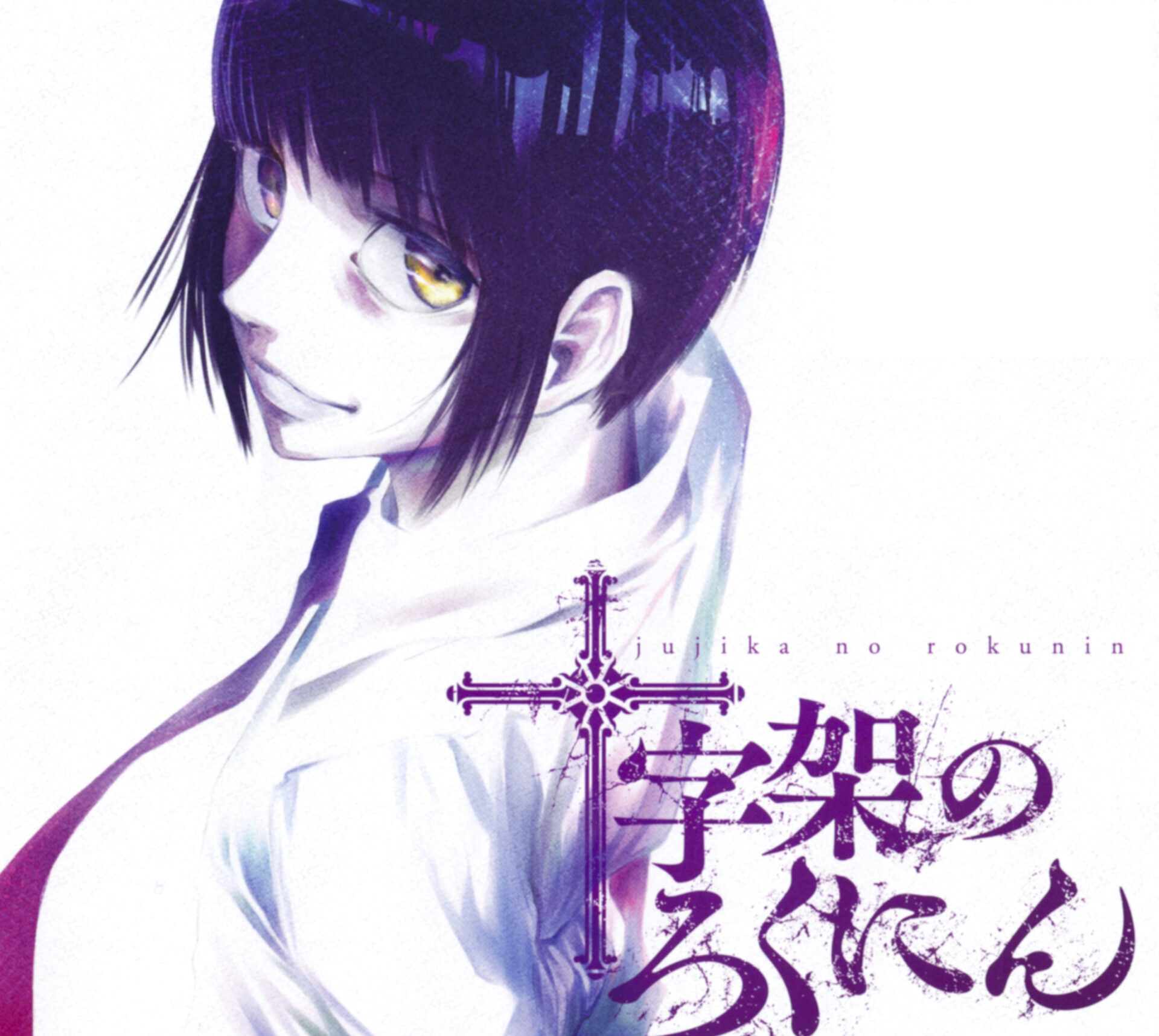 Kyou’s villainy can be traced back to his days a child, when he would conduct the disturbing behavioral experiments on Uruma just to see how much he could make the latter suffer before he committed suicide.

As a kid, Kyou’s evil already knew no bounds, as his experiments would regularly involve such abhorrent behaviors as gang bullying and torture. 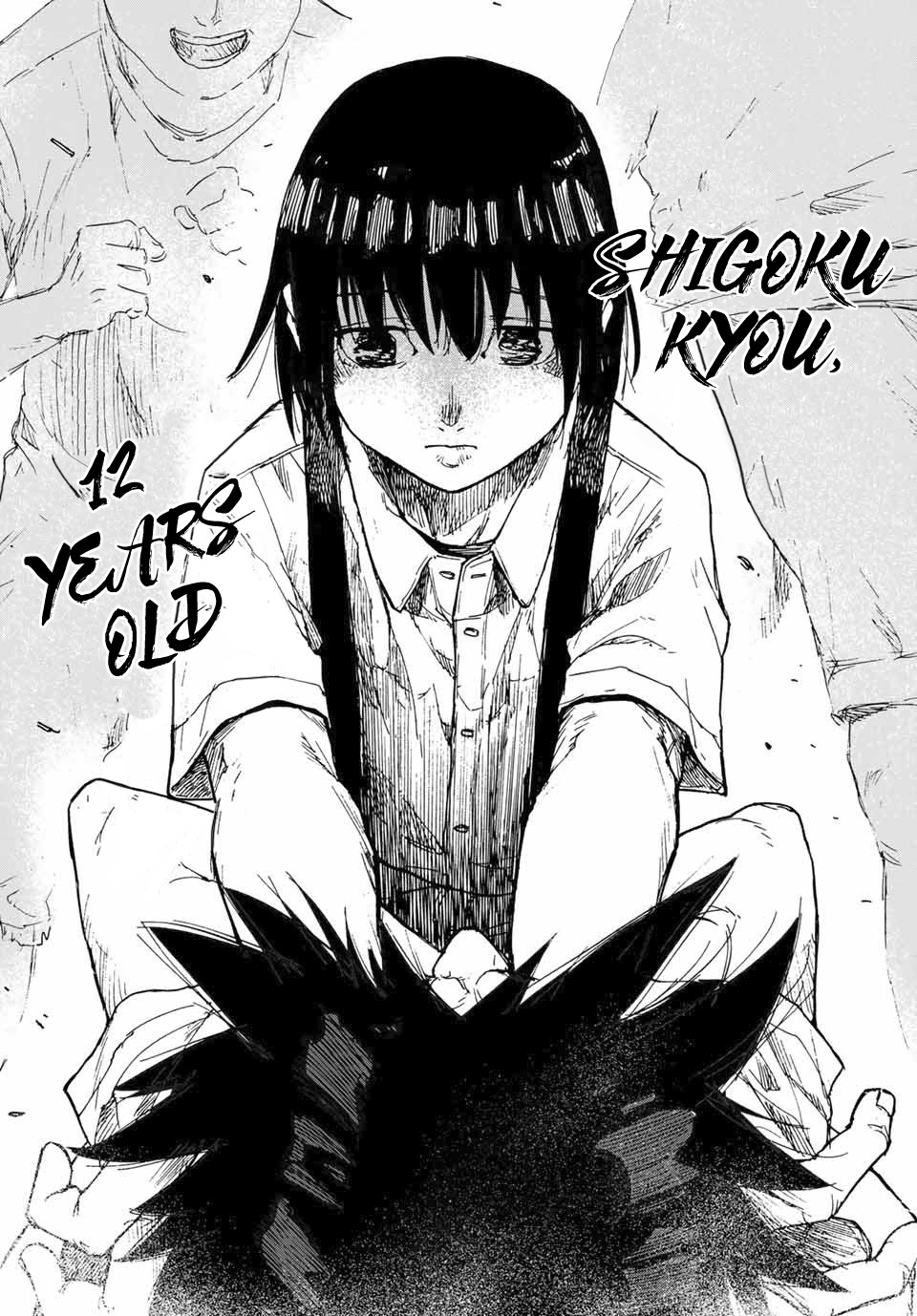 In one instance, Kyou even committed murder, pushing a member of his gang off of a cliff so as to land in front of Uruma’s family’s car and cause him distress.

However, this murder results in more than just emotional scarring, as the subsequent accident results in the death of Uruma’s parents.

Of course, unwilling to let such an opportunity for evil go to waste, Kyouthen proceeds to hit Uruma’s brother in the head with a rock before setting the car on fire – thus providing a very good reason Uruma’s plot-driving thirst for revenge. 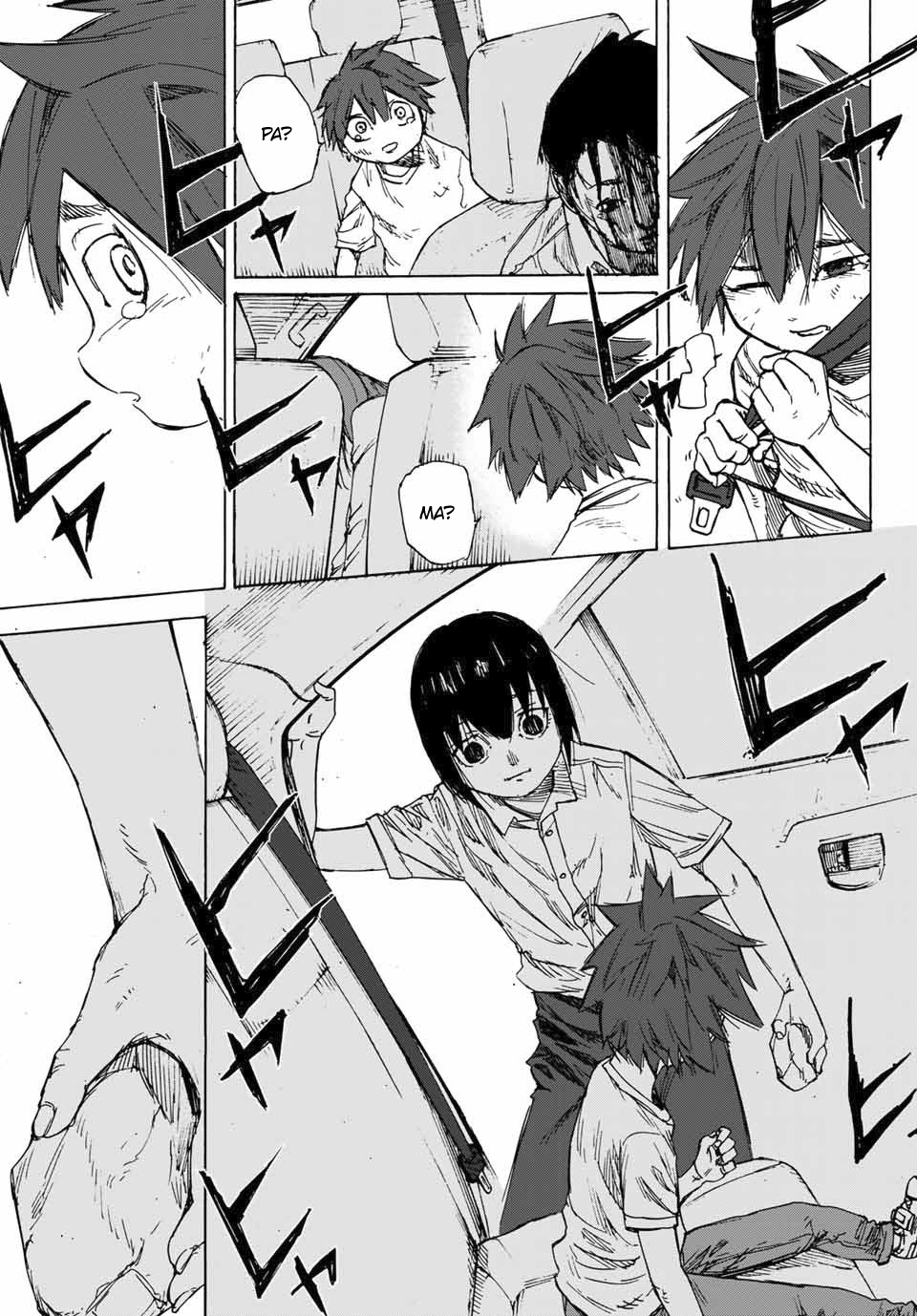 Similar to Fukuchi, Kyou is very charismatic. However, unlike Fukuchi, Kyou also has the ability to make the average person surrender to their worst impulses.

For example, look no further than the fact that though he’s just a high schooler, Kyou is the leader of a revolutionary cult whose entire body of members blindly and loyally follow him.

If you go against the cult, its researchers will even “fix” you (though considering the extent of the torture featured in this manga, the fact that waterboarding is the only method used against dissident cult members is kind of a let down). 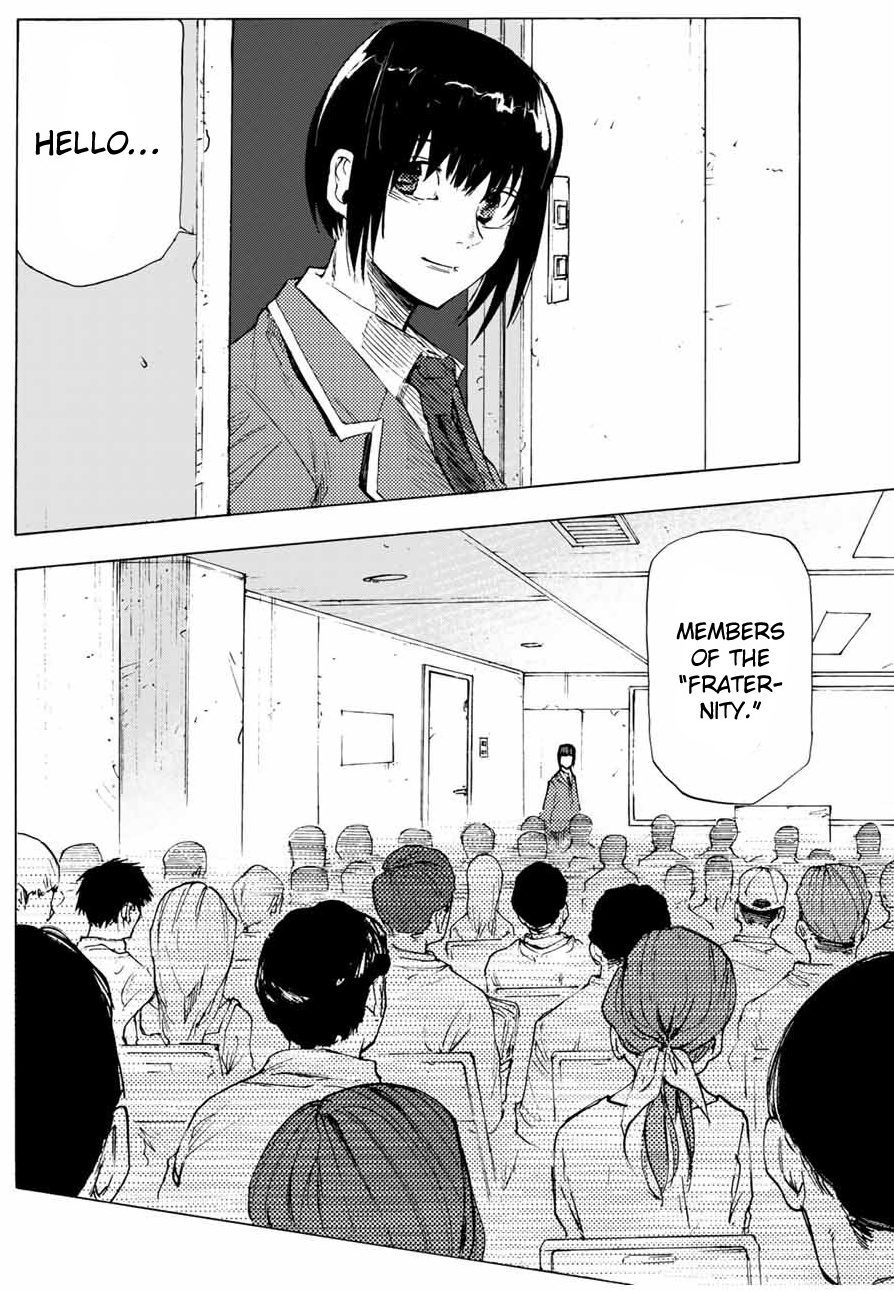 Eventually, thanks to help of said researchers, Kyou’s cruelty ascends to the realm of the Saw franchise’s Jigsaw.

In one recent game, he forces Uruma and Jun to play a game of Rock-Paper-Scissors wherein the loser would see one of their respective siblings’ limbs chopped off if they lose a round. 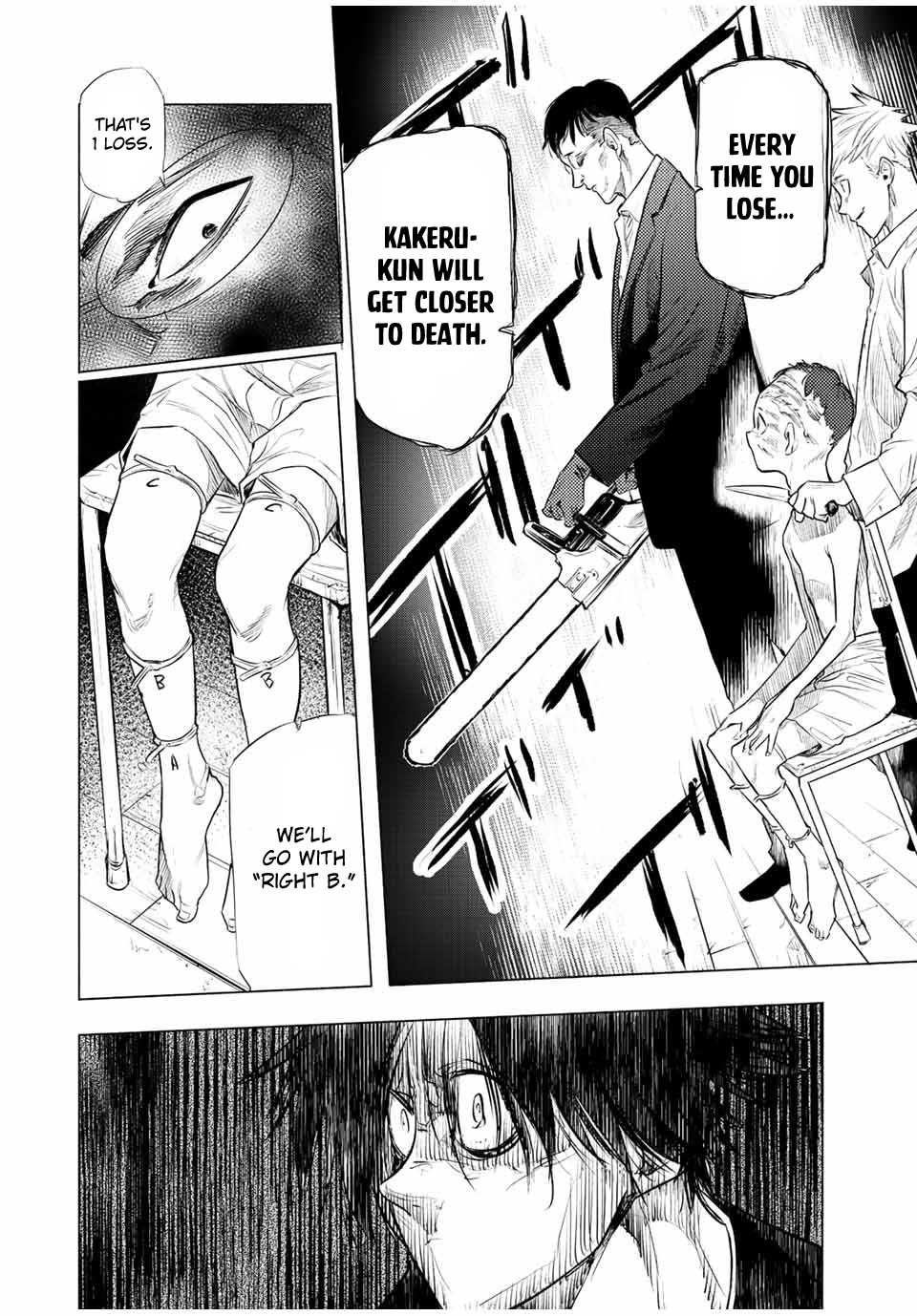 My love for Kyou is summed up with his answer to Urama when the latter questions “How many more uninvolved people need to be involved in this?” – a moment made even better by Jun’s facial expressions.

“But they are involved,” Kyou replies. “All these effects have come together. The waves of revenge collide with one another. Everything gets wrapped into a whirlpool. Kaname-san was just part of that.” 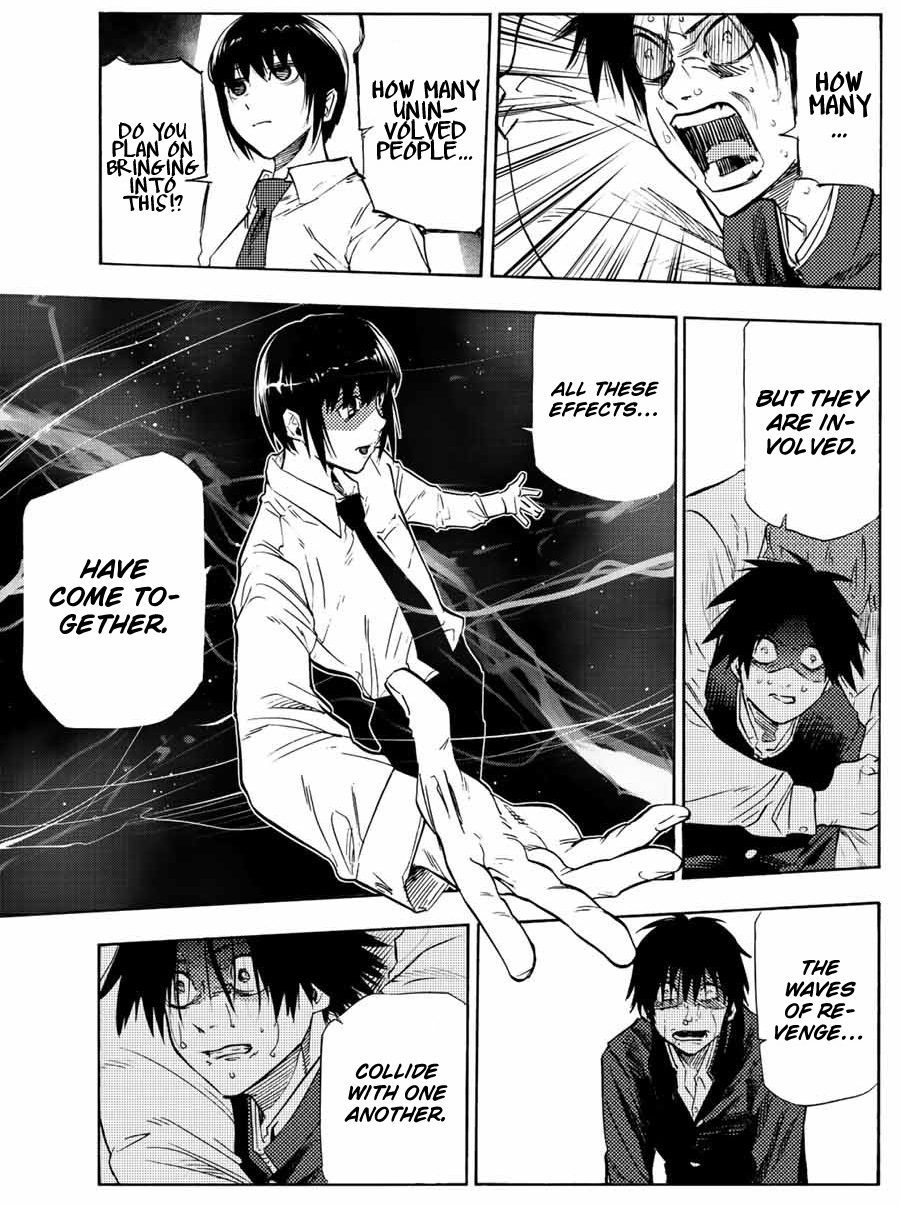 All for One (My Hero Academia)

Normally, when putting together these lists, we try to focus more on series that are under the radar.

However, a recent reveal in My Hero Academia: Vigilantes connecting him to the main series proves All for One deserves to be included in the ‘most evil villain’ conversation. 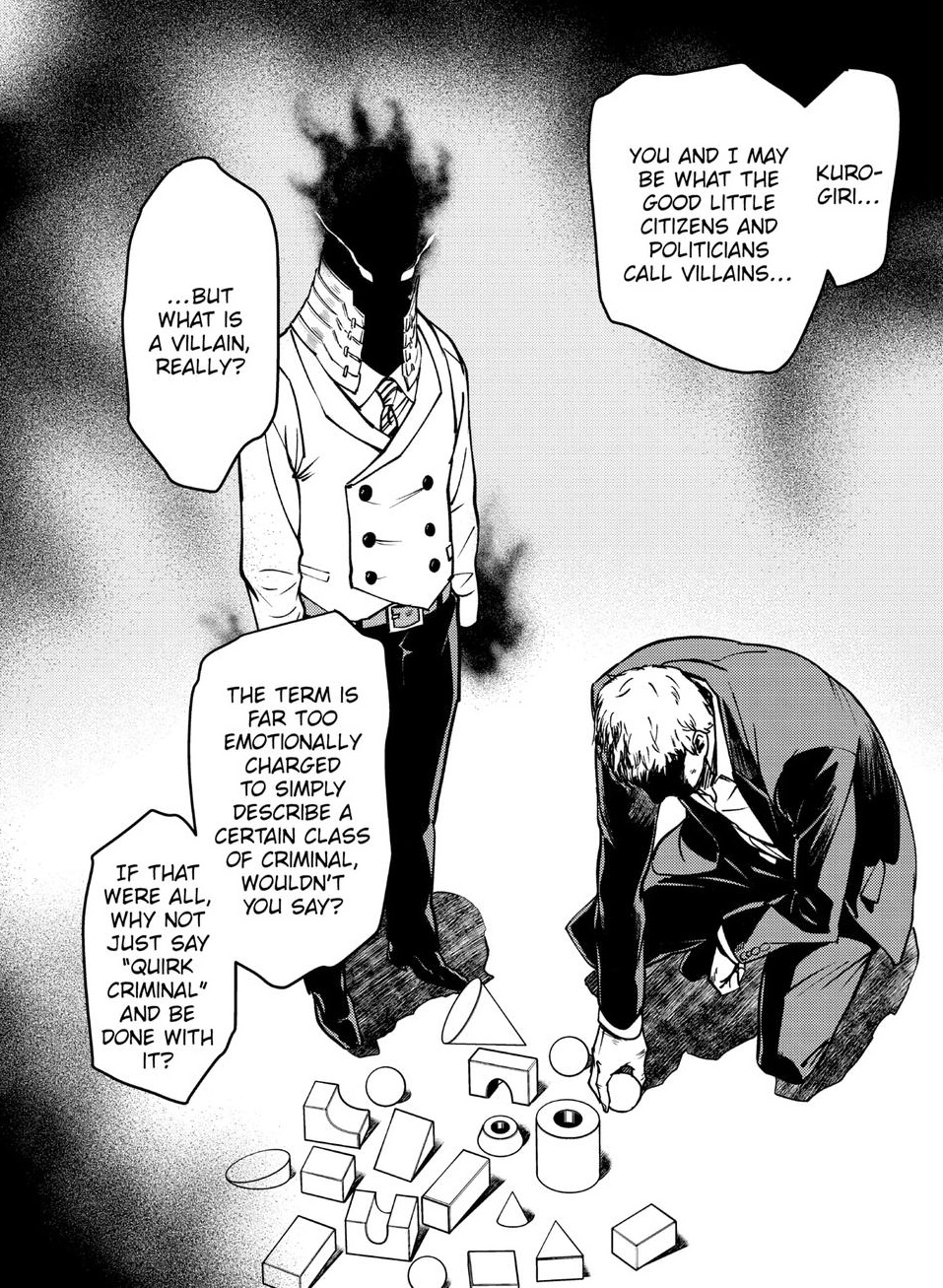 The human experimentation this man has conducted prior to the events of the main MHA story makes the aforementioned Kyou look like an angel.

A living embodiment of a God complex, in Vigilantes, All for One was recently revealed to have overseen these efforts with the intent of duplicating his quirk and transferring it to Shigaraki.

In the course of Vigilantes, the villain’s plans result in the creation of the Instant and Next Level villains, the spare vessels, and the Quirk-enhancing drug Trigger.

At the later created Villain Factories, Instant Villains are modified into Next Level Villains by using bio-engineering to transform their bodies into giant, powerful, monstrous creatures, enhancing their Quirk with Trigger at the same time.

The spare vessels, also known as the warped twisted seeds are the more disturbing of the experiments conducted across the series, as they were created as back-up vessels for Shigaraki in case anything happened to him.

In the core series, it was recently revealed that Dabi was one of the many children selected for this role. 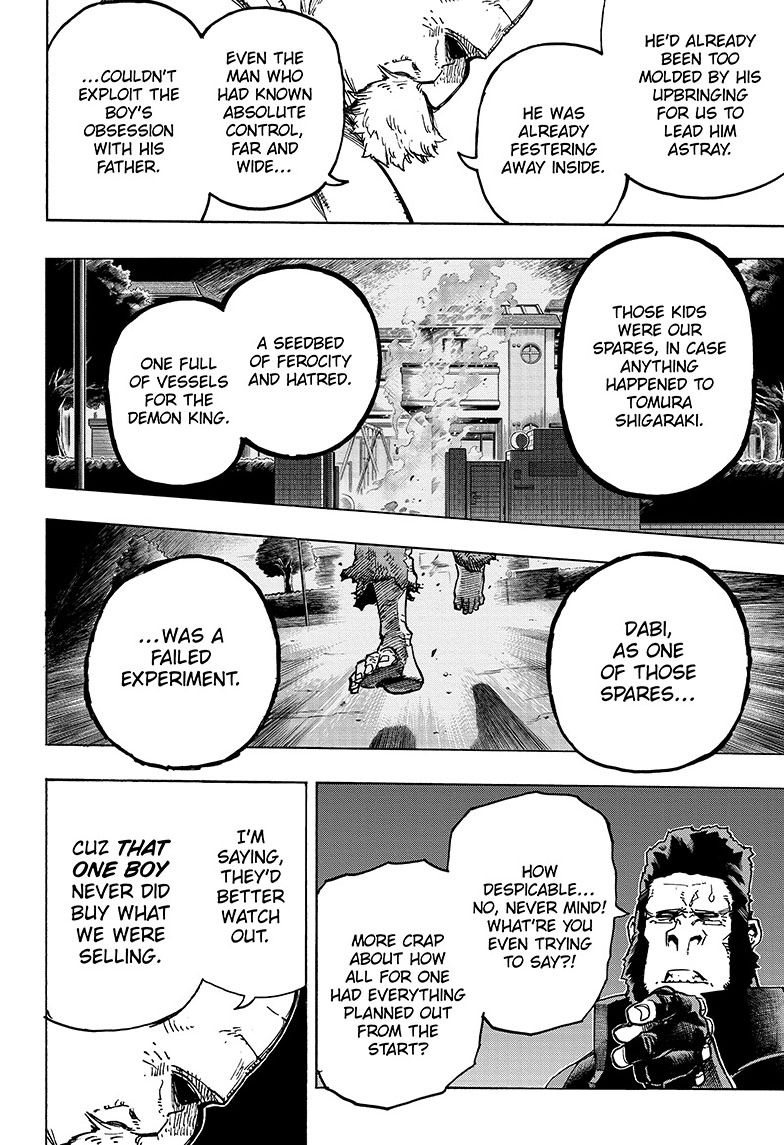 As for the Trigger experiments, these were done in order to create a being that could rival All Might, with the first trials having taken place at The Underground Masquerades, an illegal underground super-human fighting ring which provided All for One with all the subjects he needed for drug testing and the harvesting of Trigger-boosted Quirks.

Yet, what may be All for One’s most evil experiment would be the vessel known as Experiment Number 6, or Nameless Number 6.

Due to a case of severe Agnosia, Nameless Number 6 has no self awareness of identity and can’t relate to society in anyway. 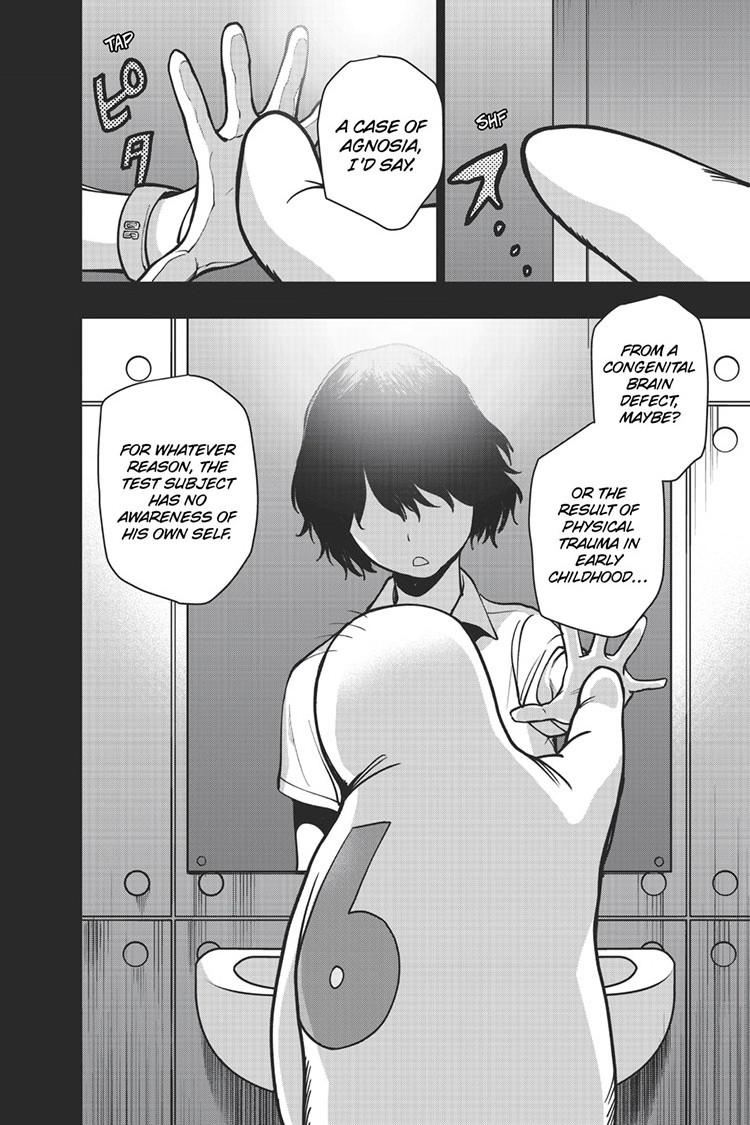 Since Nameless Number 6 has no self awareness or identity, All for One in him a blank slate that could be shaped into whatever form the villain desired.

All for One’s experiment on Nameless Number 6 began by having the vessel watch footage of multiple pro heroes and allowing him to pick out a new form based on the hero and quirk he found most interesting.

Ultimately, Nameless Number 6 chose O’Clock, to which All for One tells him that is his new identity. 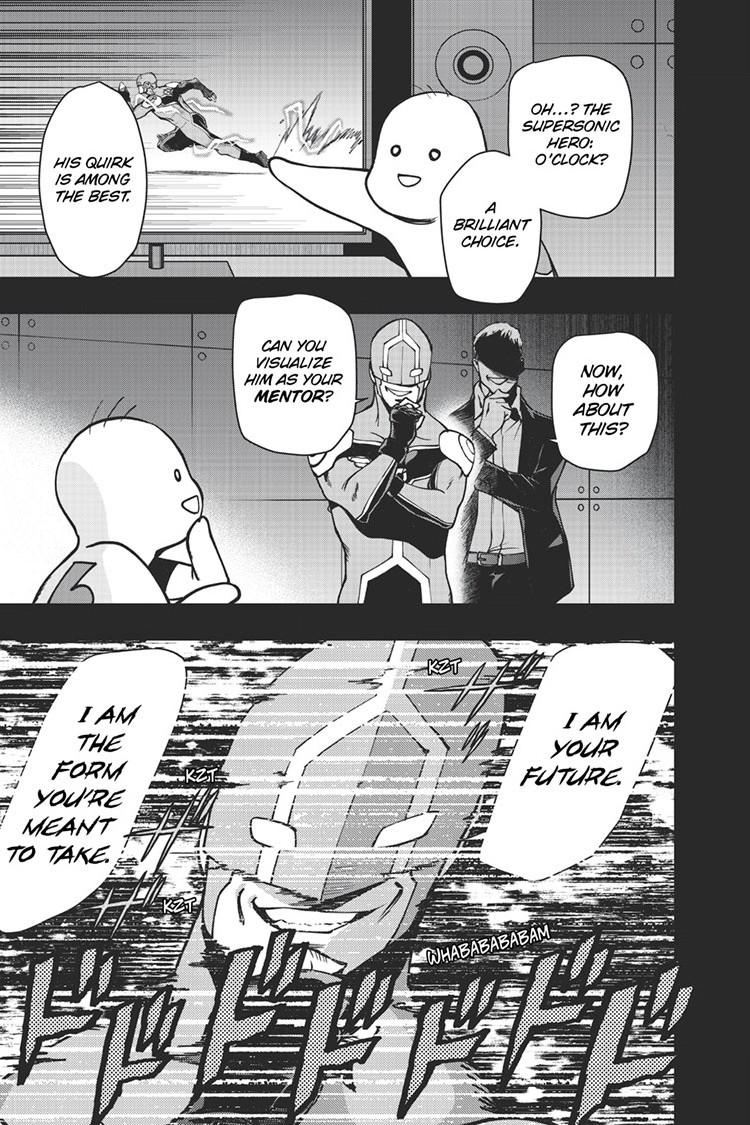 Throughout the rest Vigilantes, we see who appears to be O’Clock coaching Nameless Number 6 in being hero.

However, it’s soon revealed that Nameless Number 6”s coach was actually All for One, who sought to fuel the vessel’s hatred and jealousy of Koichi. Unsurprisingly, All for One has himself a blast setting Nameless Number 6 on the literal path to self-destruction.

Unfortunately for Nameless Number 6, it’s soon discovered that due to his lack of bomber cells, he will never attain a complete form (unless my theory is right and his quirk was given to Aoyama, in which case we might actually see this transformation).

In light of this revelation, All for One finds himself ready and easily willing to throw away Nameless Number 6 and replace him with Koichi. 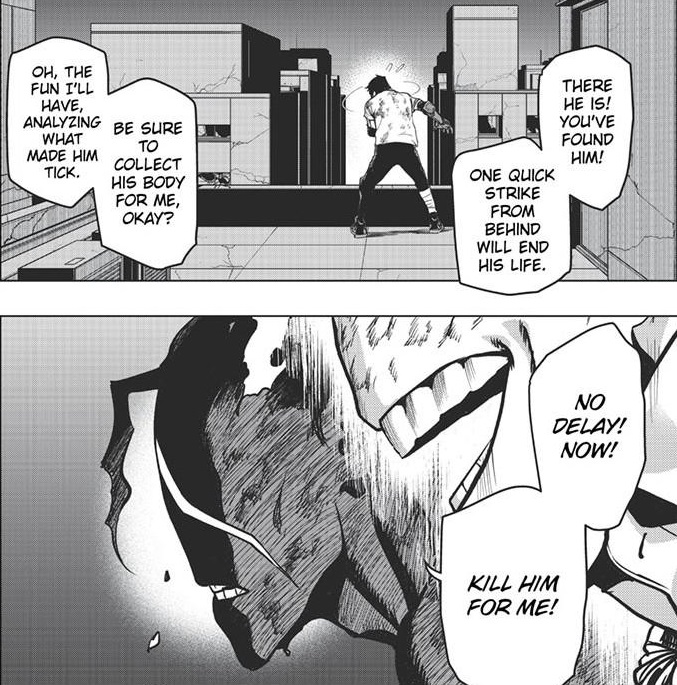 A rogue scientist who on the surface appears to be a kind, elderly man who wanted nothing more to assist the machines on planet Hook, Dr. Müller is a more sadistic version of Dr. Robotnik. 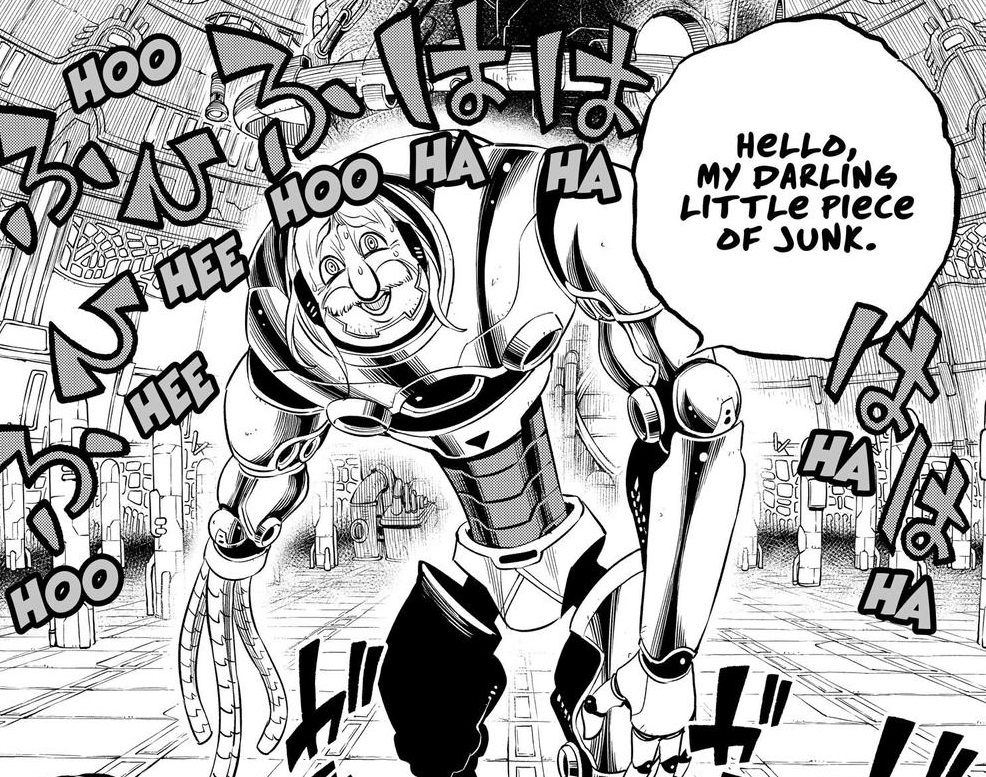 Despite his aforementioned facade, in reality, he and his coworkers hate machines with the passion of a thousand suns, viewing machines as nothing but junk to be abused and destroyed at his whim. This sadism even extends to his assistant, Hermit, an android who he treats like his daughter.

Dr. Müller showed his true colors once he admitted to Hermit that he had tricked her into building an ether accelerator cannon to destroy the planet Hook. 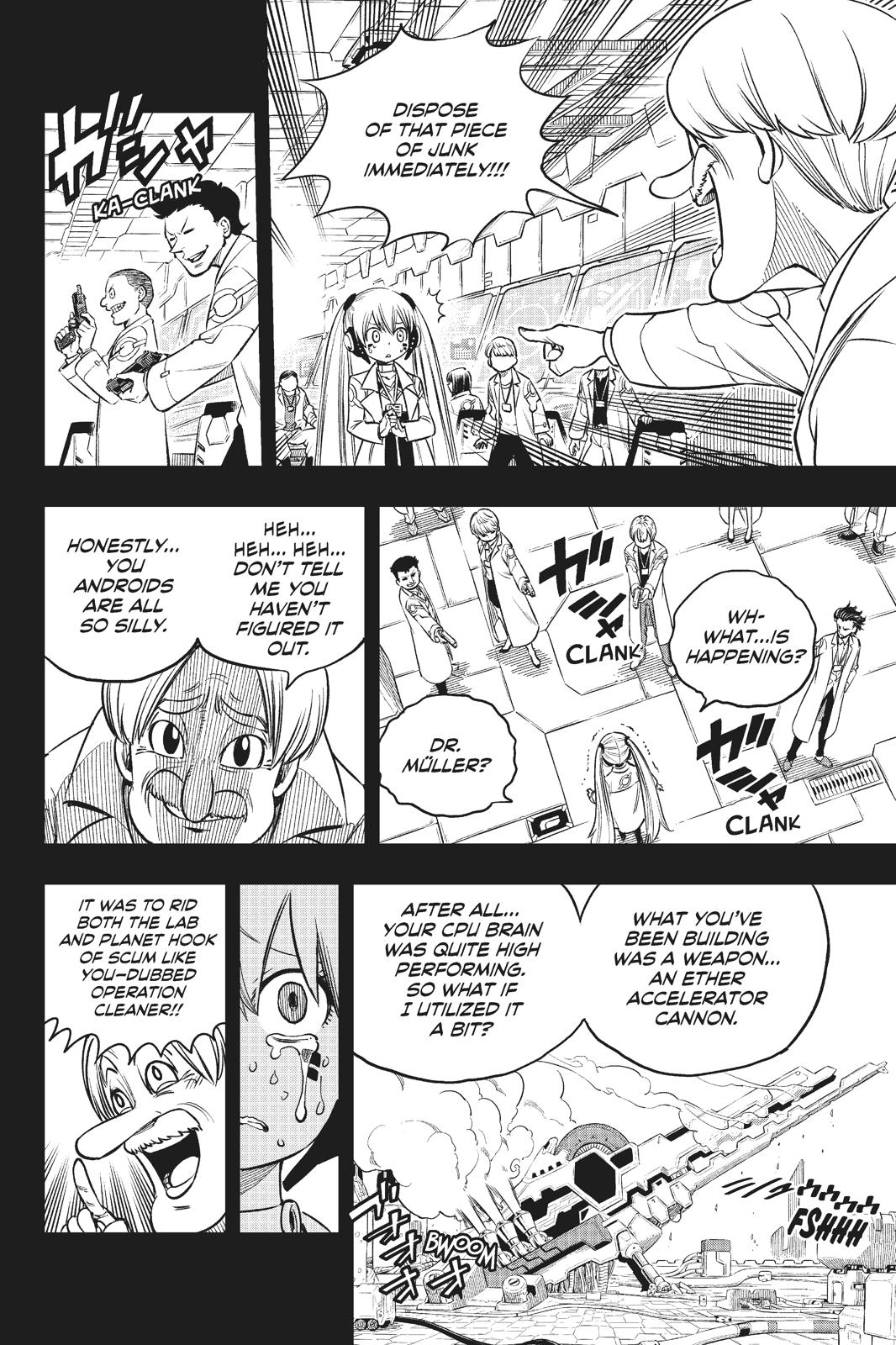 After planet Hook was destroyed, Müller called Hermit garbage and ordered his coworkers to begin an ether separator experiment on her.

For over two years, as Müller slowly lost his sanity, he continued to take delight in emotionally and physically abusing Hermit. 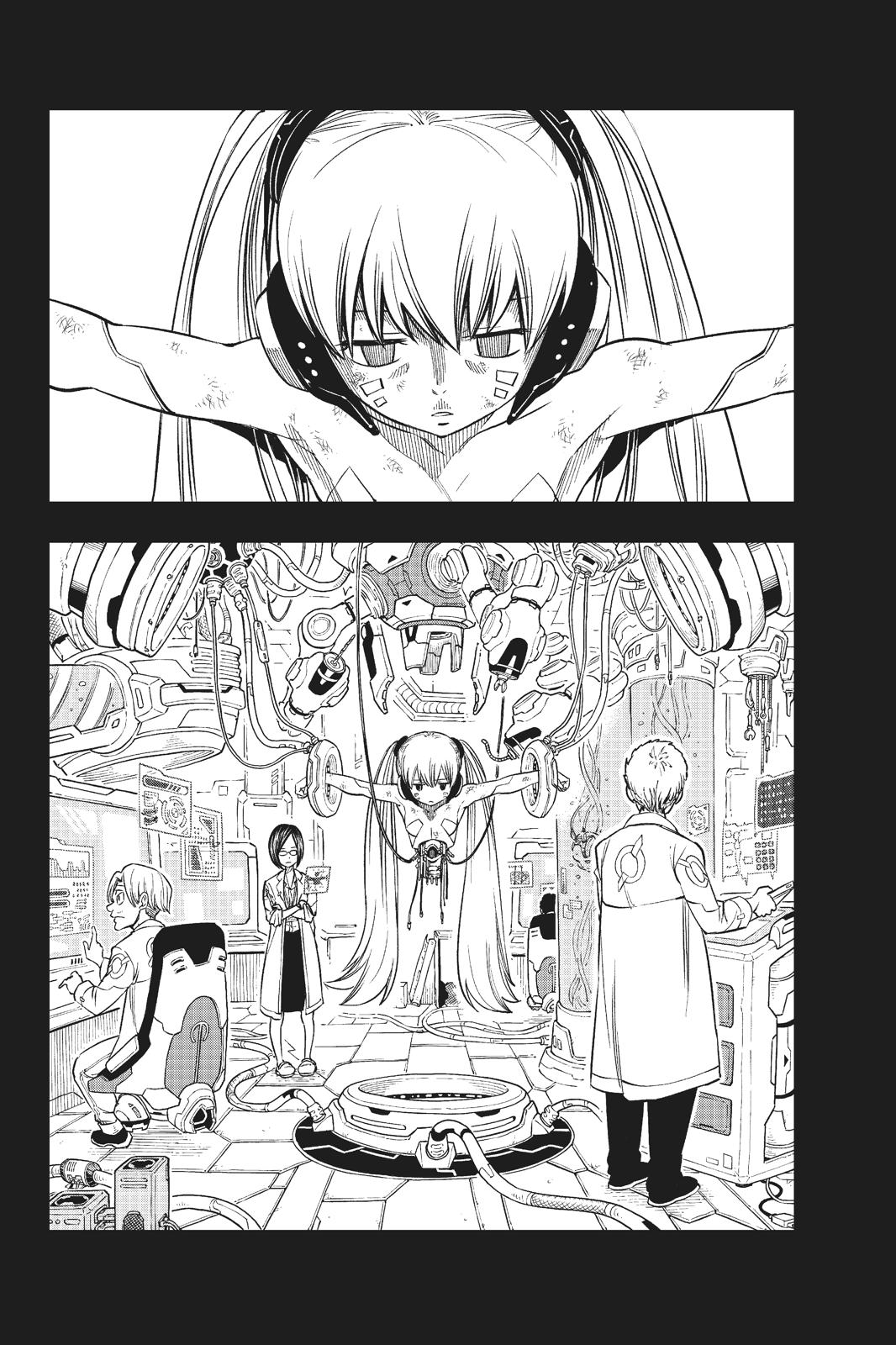 What Müller does to Hermit is extremely messed up, but it gets worse, as the scientist really crosses the line after making an explosive prison escape.

Losing parts of his body in the explosion – the irony of Müller turning into a machine is not lost on me – the madman makes his way to the home of The Rutherford Family, one of the financial backers of his work who rightfully withdrew their support after his arrest. 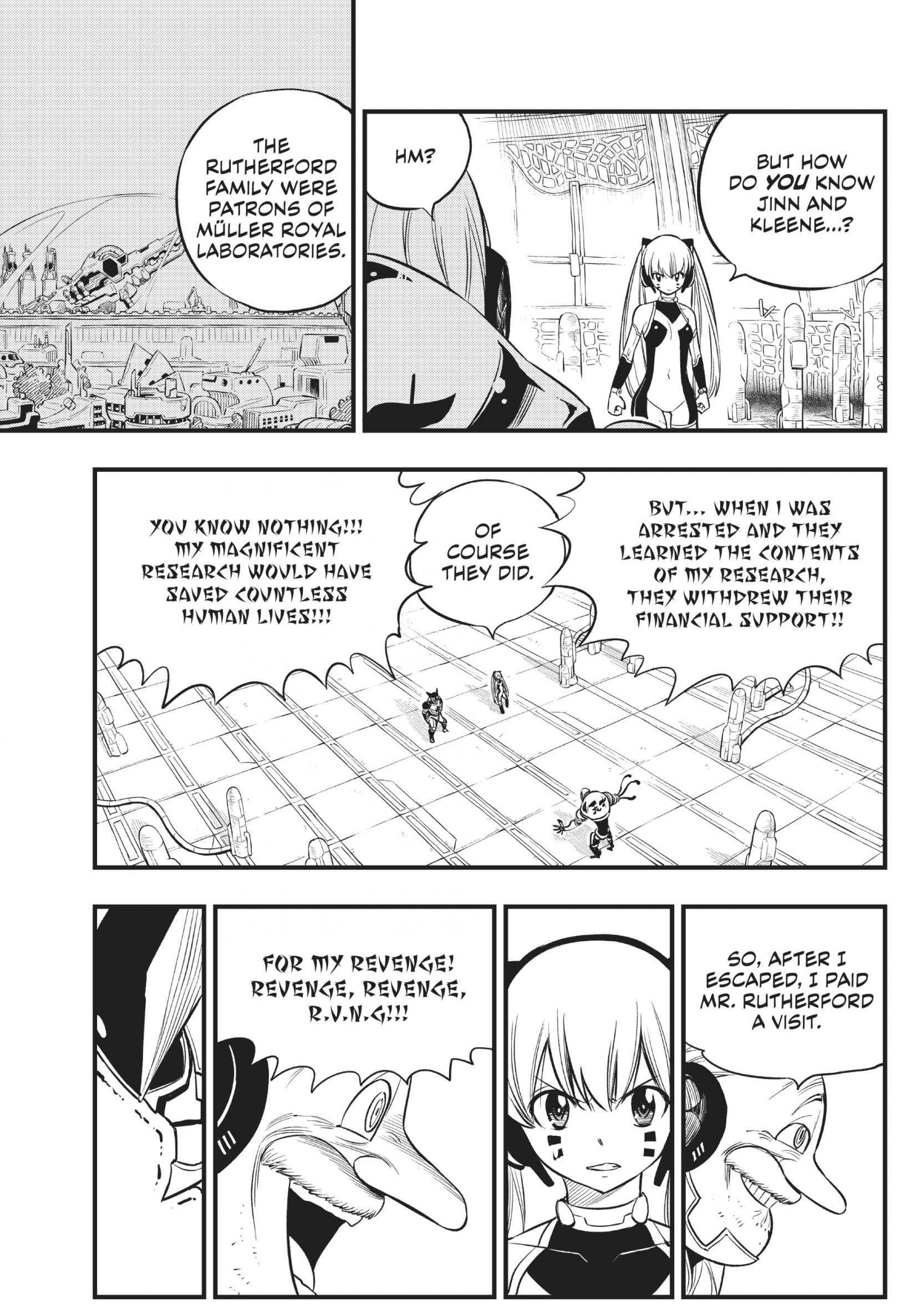 From there, he uses them as guinea pigs in one of the most disturbing child experiments you’ll ever see.

Seeking to see just how much trauma it would take for the young girl to shut down emotionally, Müller forces Kleene to watch as he slowly dismembers Jinn in front of her very eyes, all the while practically getting his rocks off to their suffering. 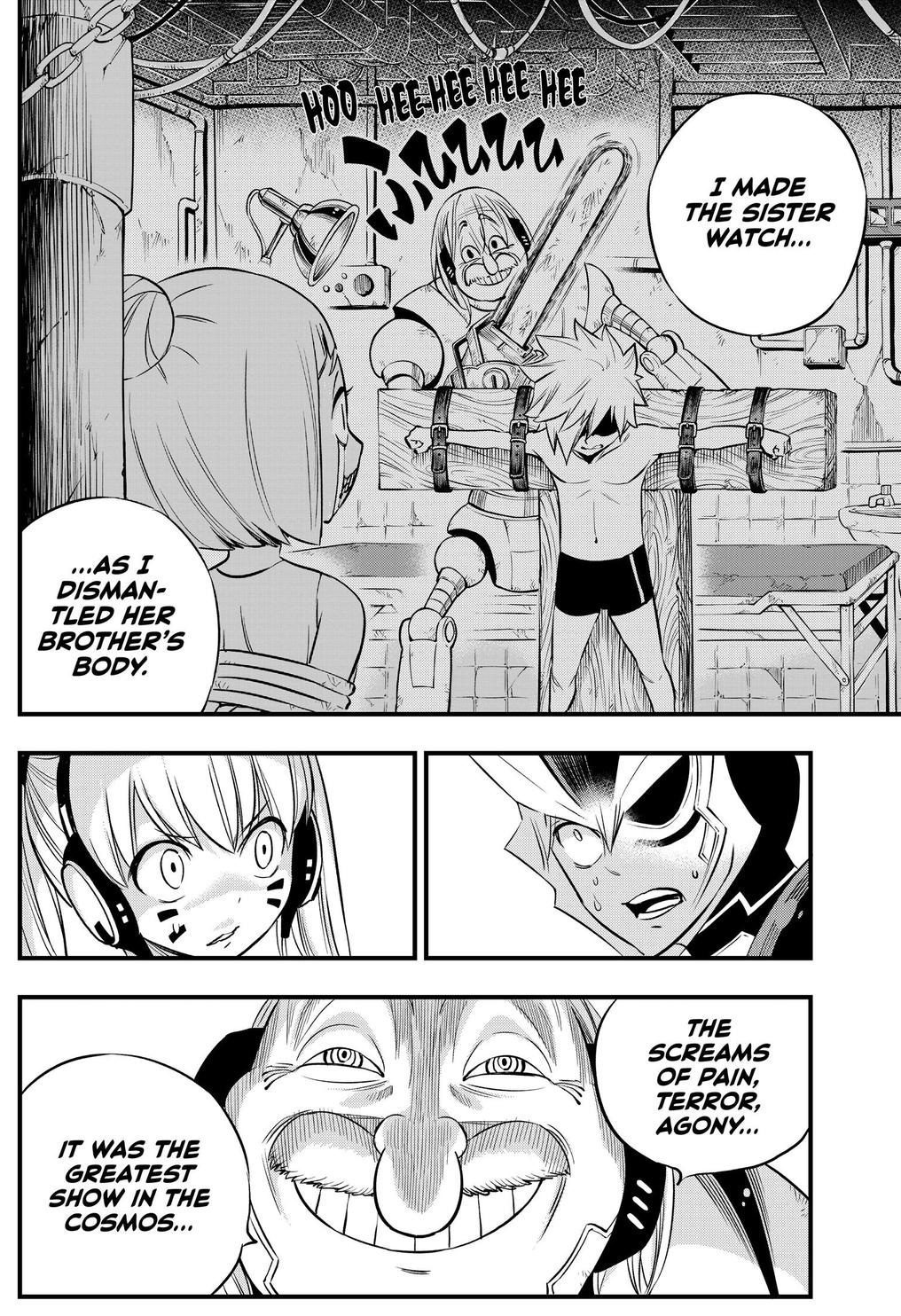 While the majority of the villains coming out of the West have about as much depth as a kiddie pool – and pose even less of a threat – those native to Japan are committing acts of pure evil.

Not misgendering someone or disagreeing with an opinion, but actual actions that would make even the most steady of heroes shiver.

What do you think? Do you agree with our picks? Do you think we missed anyone? Let us know your thoughts on social media or in the comments down below!